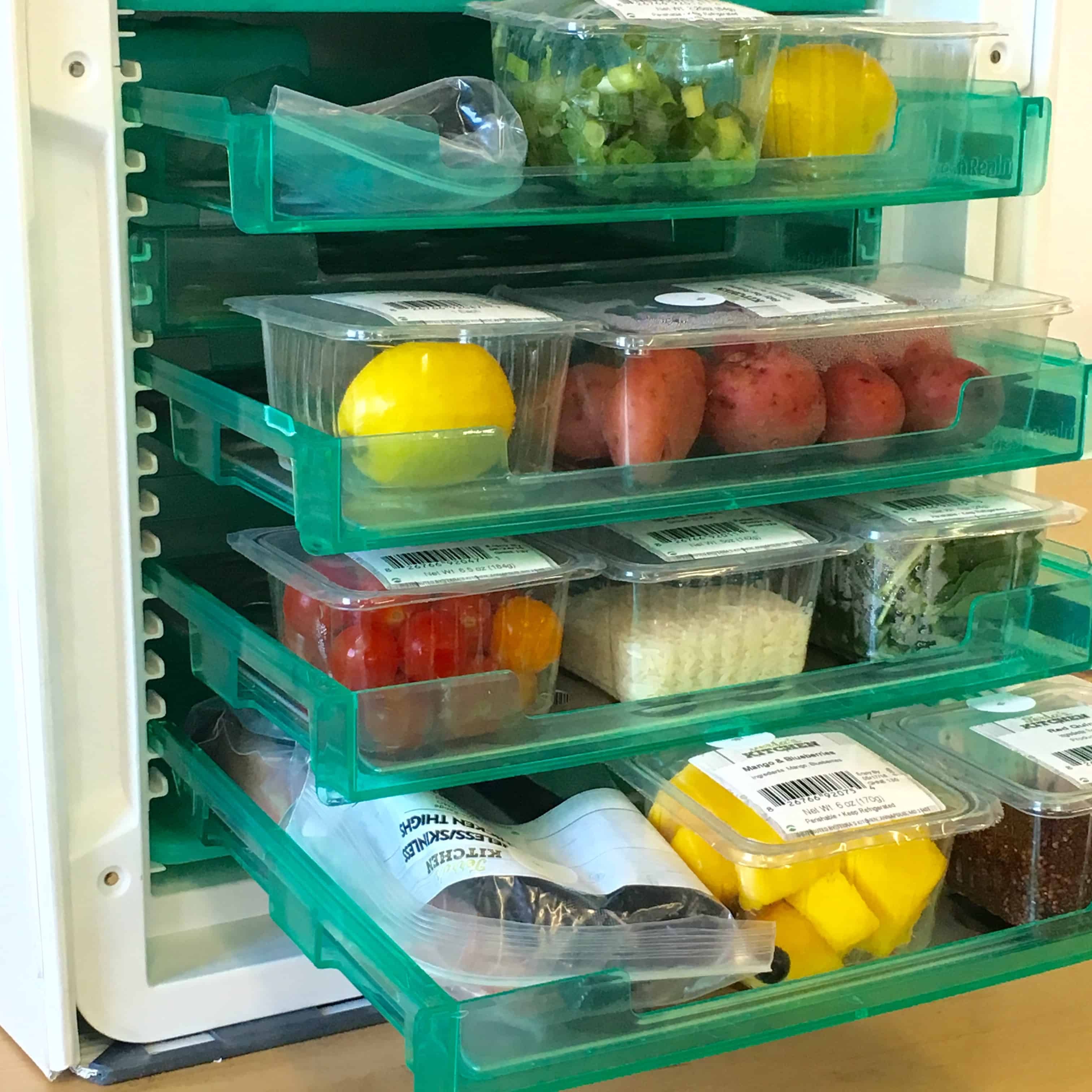 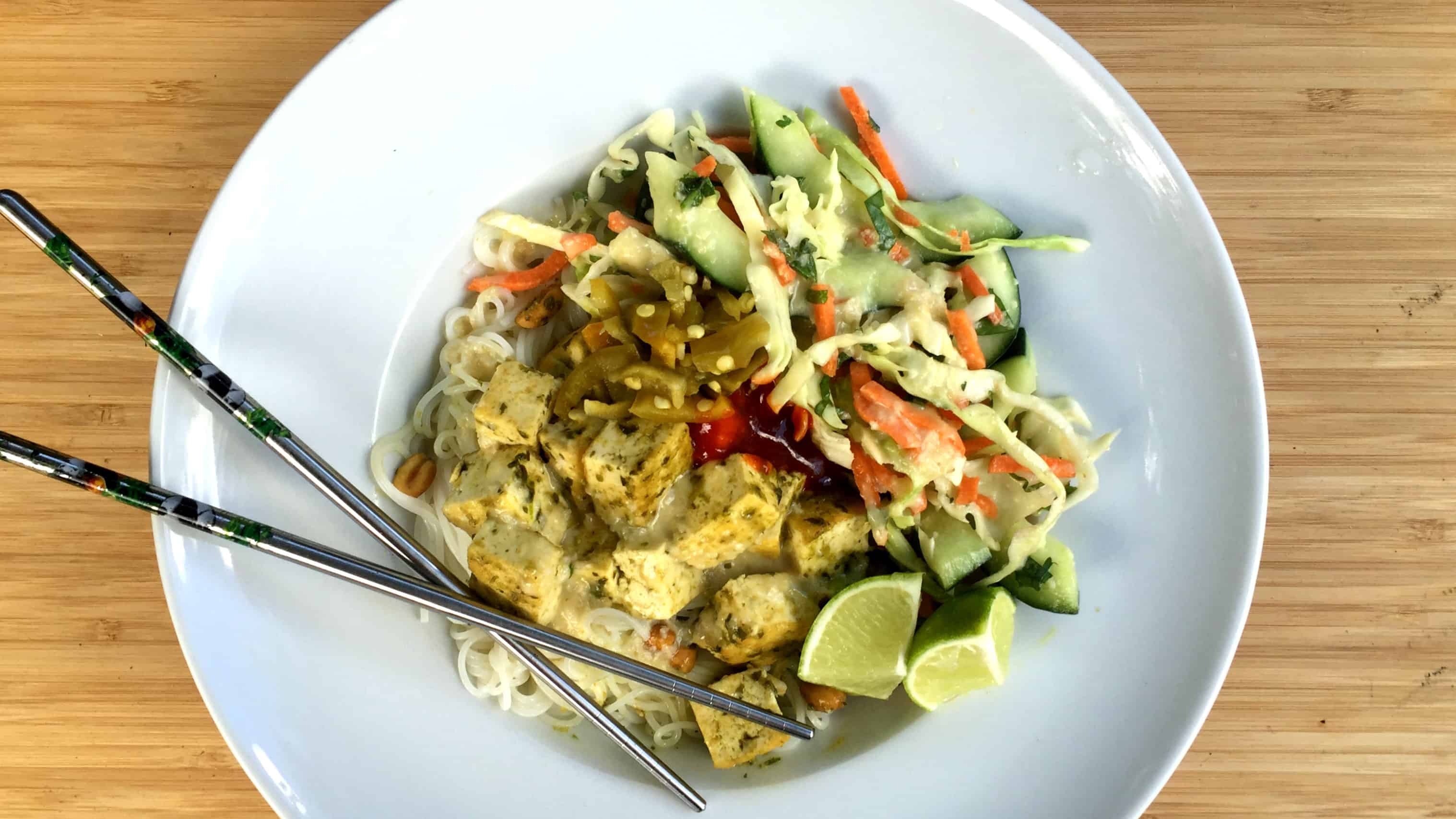 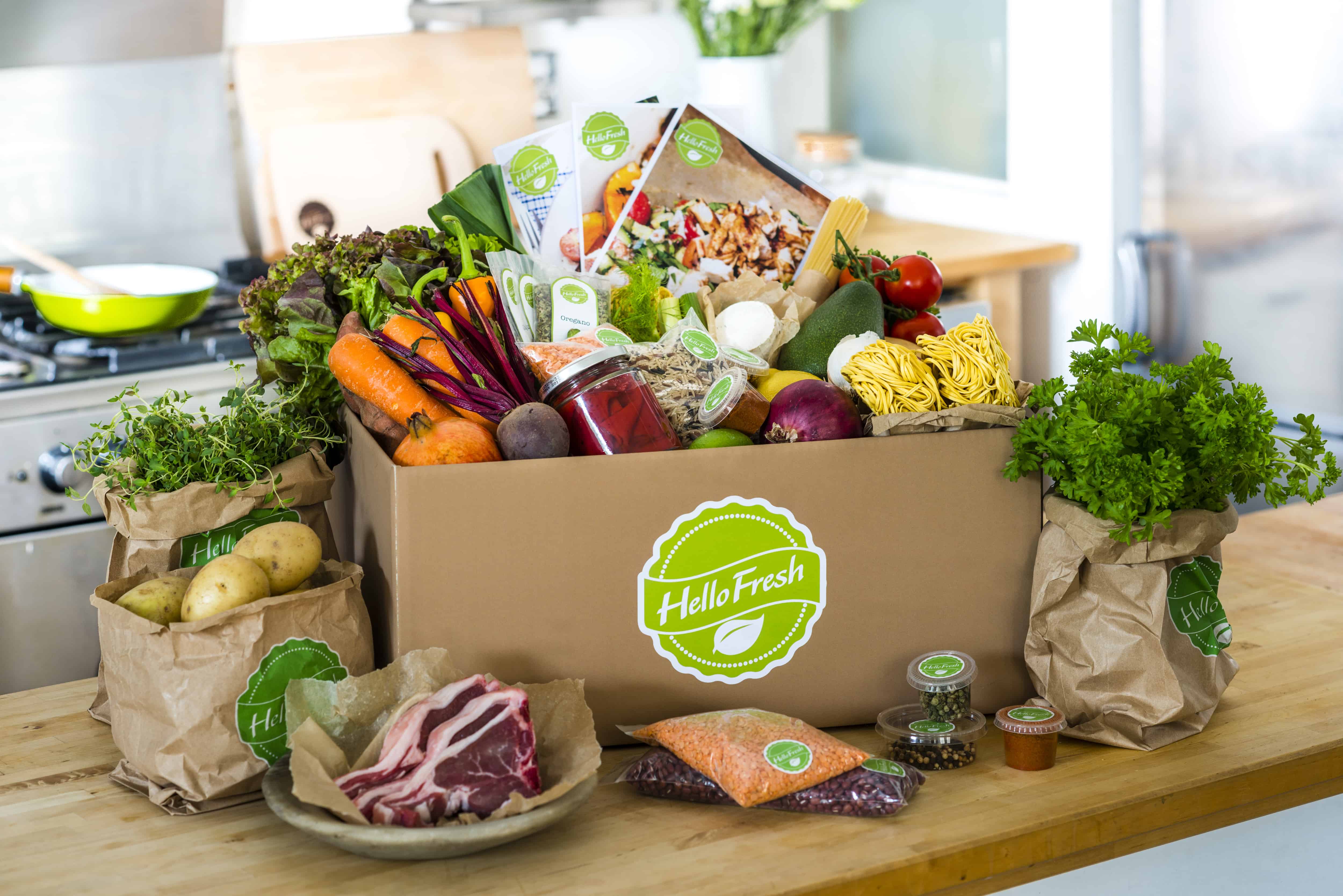 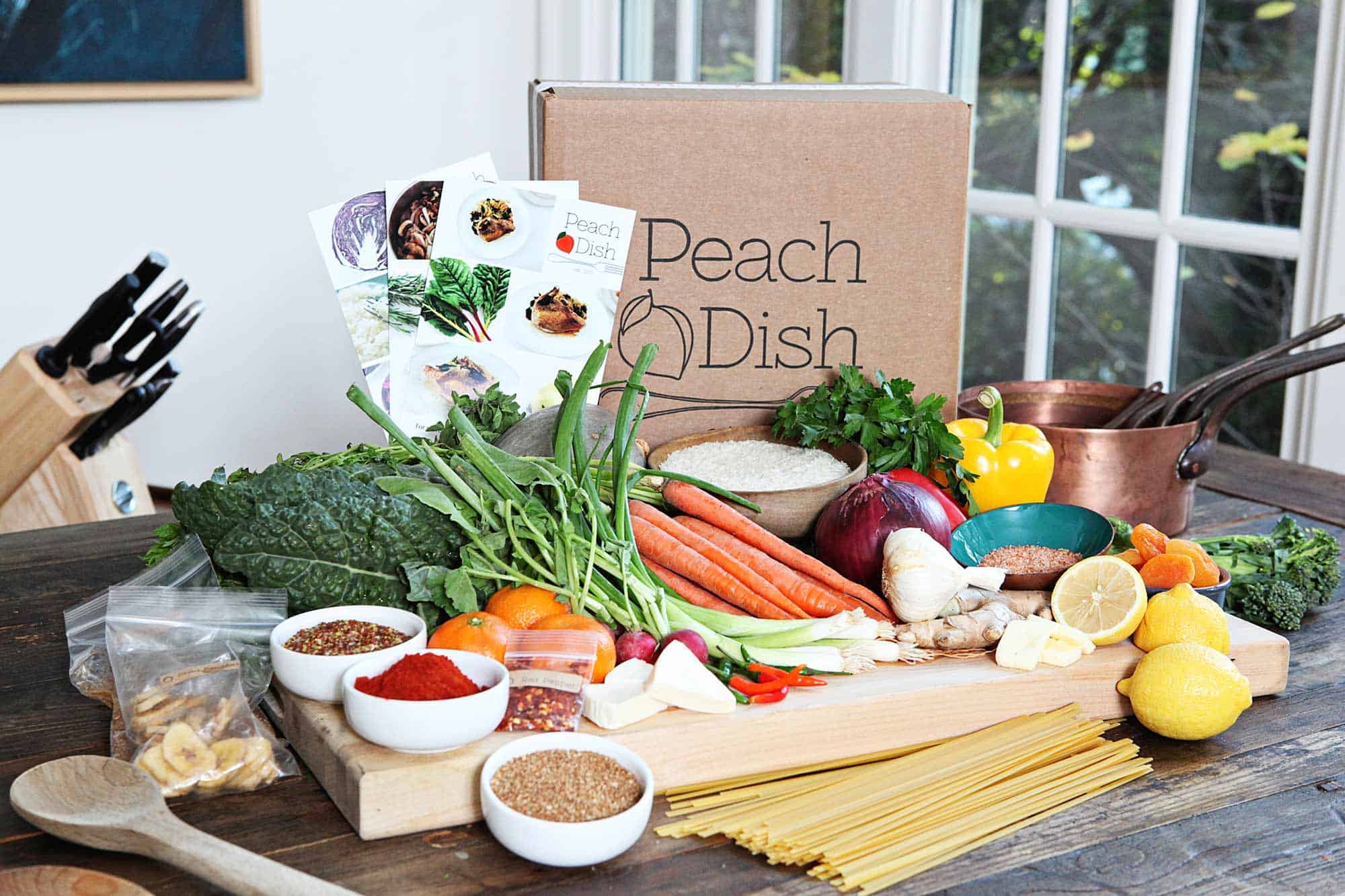 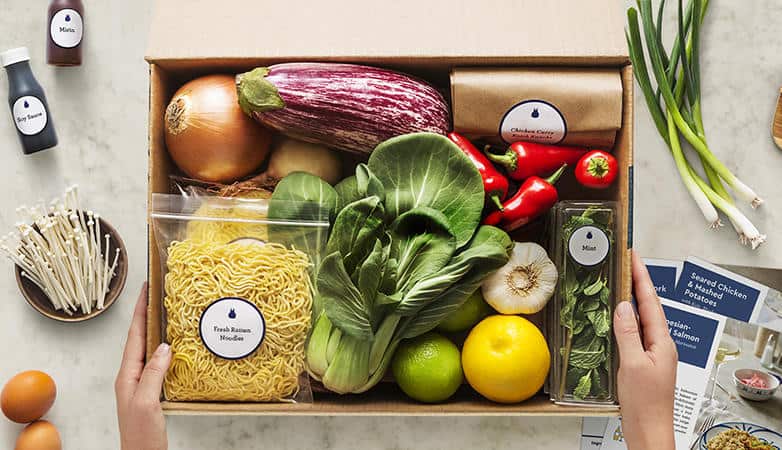 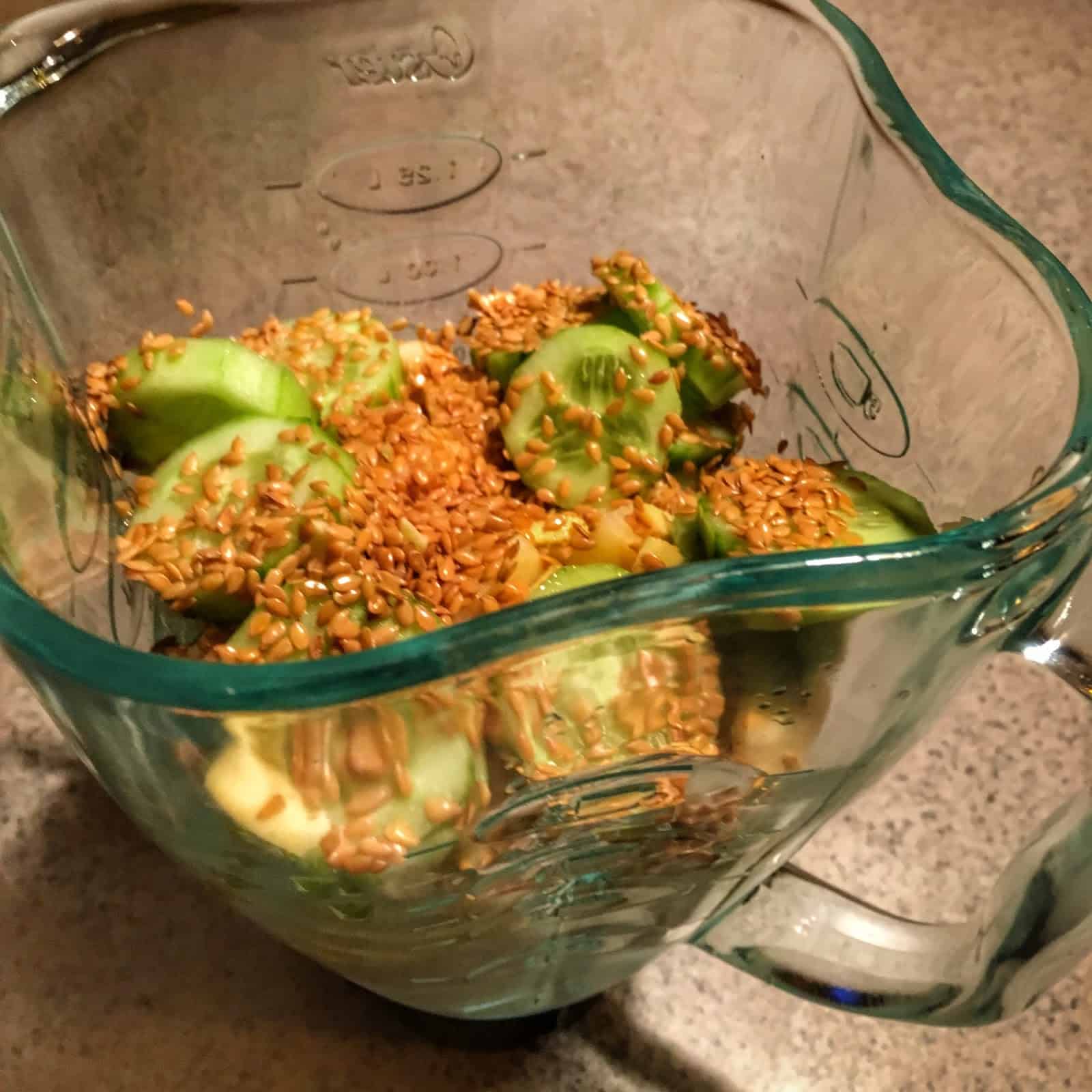 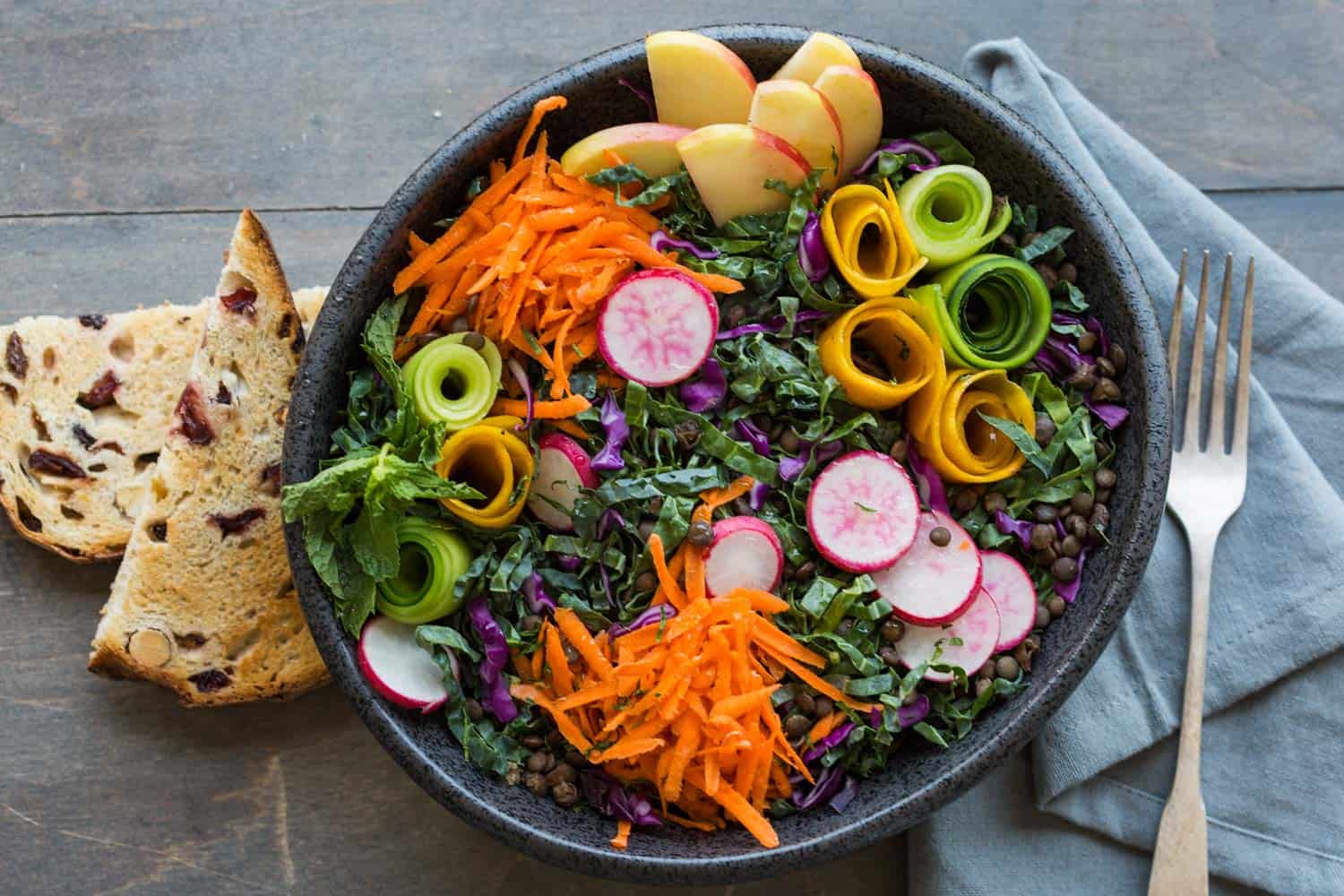 Food is killing us. Obesity rates continue to climb each year, even though more people are trying to go low fat, low carb, low sodium, gluten-free, with no GMOs, and buying organic food by the metric ton. We’ve become burdened by the effort of eating, and some have decided that the whole thing is a debacle that they want no part of. These wise souls have opted to let someone else handle the food by buying their meals by mail, letting services craft their diet for them. An increasing number of these independent services are now online, ready and waiting to deliver portion-controlled ingredients to your doorstep, requiring you only mix, cook, and serve.

If you aren’t familiar with these services, they send out a set menu to your home with pre-measured ingredients accompanied by a recipe. You then follow their instructions, cooking up whatever truffle-soaked thing they boxed up and sent to you. Most of them offer meal plans for any major diet, allowing vegetarians, gluten-avoiders, or pure carnivores to get a suitable eating plan. Unlike Weight Watchers or Jenny Craig, the intent here isn’t necessarily to lose weight, but to provide quality food without the trouble of tracking down ingredients, recipes, and adding work to your already overbooked schedule. With that said, many people have found due to the balanced nature of these meals, and their use of fresh ingredients, they end up losing weight and feeling better anyhow, though results are naturally going to vary based on the meal plan you choose.

Should you decide you’ve given up on the grocery store, here’s the best mail-order meal services for you to peruse. Price, convenience, meal variety, and good taste were our primary criteria for deciding who made the cut, but if weight loss was included, all the better. We also took a look at portion sizes, prizing those that filled us up, instead of giving us a tasty tease.

Price: $60 per week for 6 meals plus family plans.

Among the biggest of the mail order meal plans, Blue Apron is everywhere thanks to aggressive advertising. Their size makes them among the most cost-effective, and gives them great reach for quick delivery, making them a handy choice for couples, roommates, or larger groups who like to get into the kitchen. The boxed meals are well preserved with protein kept over ice and all the seasoning and spices wrapped in paper bags. They have fun additions, such as full color pages telling the tale of different foods, and offer a lot of helpful videos on their website to aid those who are all thumbs in the kitchen. Where BA falls down is with their complex meals that often have a lengthy, 45+ minute construction time, due to their complexity.

Blue Apron can fit with any diet, but tend to overreach with the complicated meals you’ll get. If a thirty-minute pan-sear isn’t your idea of fun, you’re going to hate this service. If you want to really broaden your horizons, then dig in.

Price: $68 per week for 6 meals plus family and high protein performance plans.

Why someone would name a business this is as confounding as to why celebrities want to saddle their kids with appellations like North West and Blue Ivy and Lupus. Besides that, it’s built strictly for the full-bore vegan who doesn’t want to support the murder of meat in any form. DON’T LET THAT FRIGHTEN YOU! as the company proves how goddamn good vegan food can be. You’ll shed pounds like mad, the price is fairly friendly, and – this is a die-hard omnivore talking – you honestly won’t miss the meat.

For now, Green Chef is killing it in the diet-support game, and is easily the best plan for keeping calories low while letting flavor sing. Not only will they help you eat your Paleo, Low-Carb, gluten-free, vegetarian, flexitarian foods, they’re going to send only USDA-certified organic items to you, for less junk in the box. Meals take about 30-minutes to make, but the time isn’t spent searing and chopping, but letting the items cook, so it’s low-impact. In the middle of the price range, trending toward less expensive than the competition, there’s few holes in this plan, and Green Chef is certainly a growing enterprise, so watch out for this upstart.

There’s genius to be had in Terra’s Kitchen. First off, instead of a wasteful box full of bags, your food comes in a plastic “fridge” with a shipping label that sends it back from where it came once you’ve taken all the food out of it. Then there’s the cost, which runs low enough to give Blue Apron the meat sweats. Last of all is the ease of setup and execution, which is mostly just squeeze, heat, and consume. It’s a little oversimplified if you want to be a gourmet, but it fits right into a busy schedule. You even get wine suggestions, though you may need some given the slightly uninspiring tastes and the semi-processed nature of the pre-chopped, pre-made foods. Cost and convenience are on display here, with taste in the car, but napping in the back.

Peach Dish has a very down-home sensibility that most find simple. The meals have a main entree, a side dish, and then a vegetable portion, which is the kind of stick-to-your-ribs food that we all wish our mama would have made between crystal meth binges. Portion sizes run a little lean, since they stick very closely to the food pyramid, which can leave you wanting more. Prep is often fairly simple, and the foods are hearty without branching out into the realm of the unusual. Strip steaks, chicken and dumplings, and other hearty hits can be had along with plenty of kale and quinoa options if that’s more your speed. Though the pricing ran a little heavy, particularly for the portions, the quality was excellent, and you can order week to week, which is a nice feature should you want to pick it up and drop it from time to time.

Price: $60 per week for 6 meals plus family plans

Partnered up with chef Jamie Oliver, you can order his more intricate offerings for a weekend endeavor, then load up on the simpler meals during the week. Probably the best balance overall, the pricing runs just a hair over $10 per meal per person, and Hello Fresh clearly recognizes that you’re busy, so they cut out a lot of the prep work, which will save you time without forcing you to the fast food drive thru. You can stay with the normal fare or get weird with curried veggies and strange seasoning from faraway lands, where they only speak very loud English. The drawback is the somewhat underwhelming taste, which can be a little bland and uninspiring.

The sheer gross tonnage of options put Plated out ahead of the pack, though their pricing is a little weightier at $12 a meal to start, then climbing fairly high for speciality foods like filet mignon. Being able to select from such a wide range can keep you coming back again and again, and ensures that you’re less likely to be stuck with meals that don’t interest you. Longer, complex prep weighs Plated down a little, and their customer service is tough to reach should there be an issue, though veterans of the program say hiccups are rare. As to taste, let it be known that a team of professional chefs design these and it shows in the end result. Portions are fairly generous, and the flavor is consistently kicking.

More of a unique add-on, or a helpful way to swap out a few meals a week with a healthy smoothie, Green Blender sends you stuff to grind up and drink instead of scarfing it down. They work to balance sweet berry flavors with enough incorporated veggies to make each offering a semi-superfood that doesn’t taste like a bucket of wheat grass.