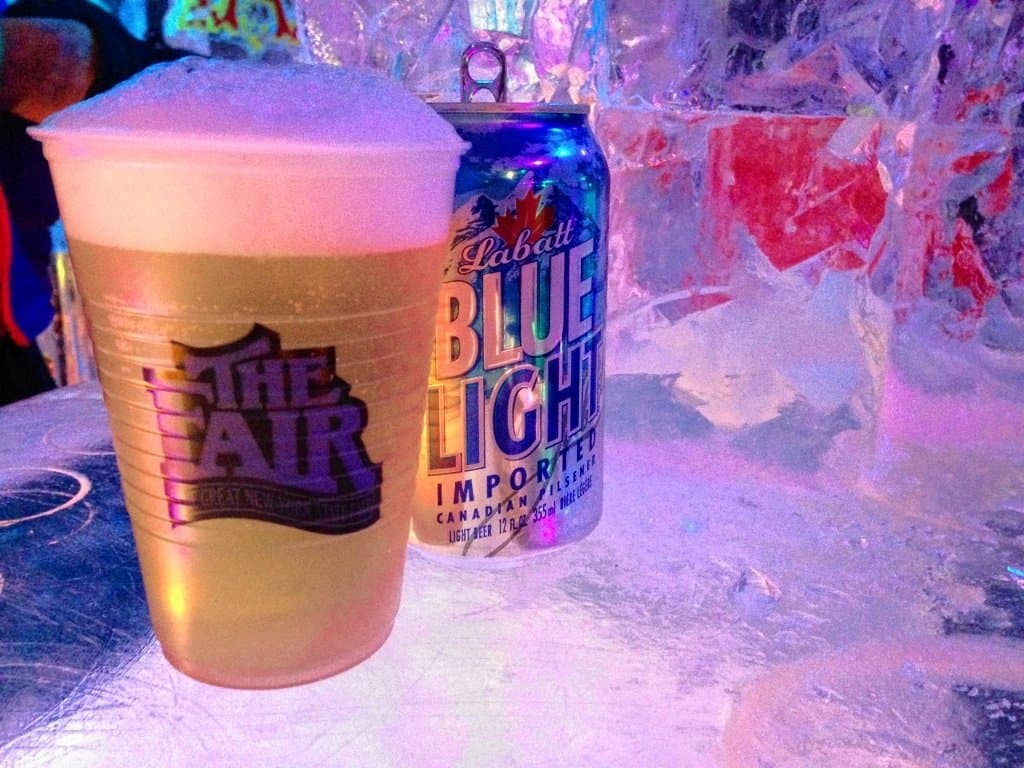 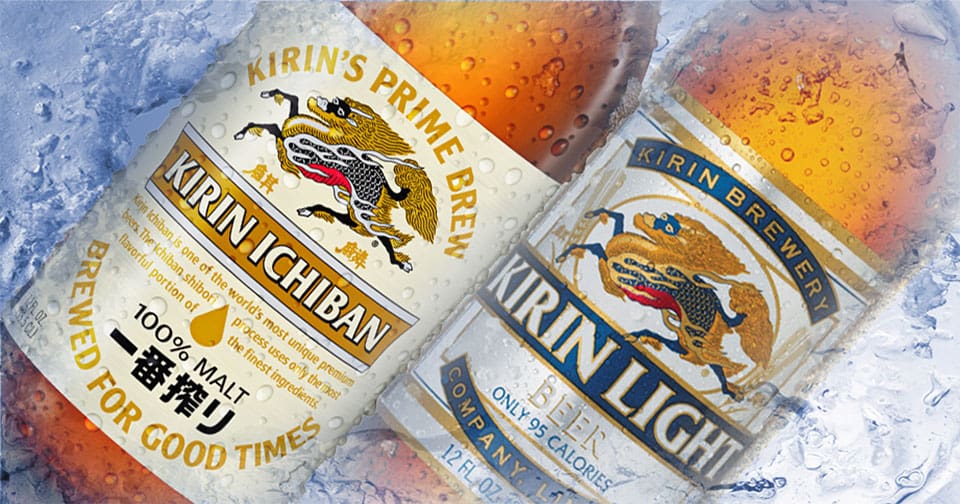 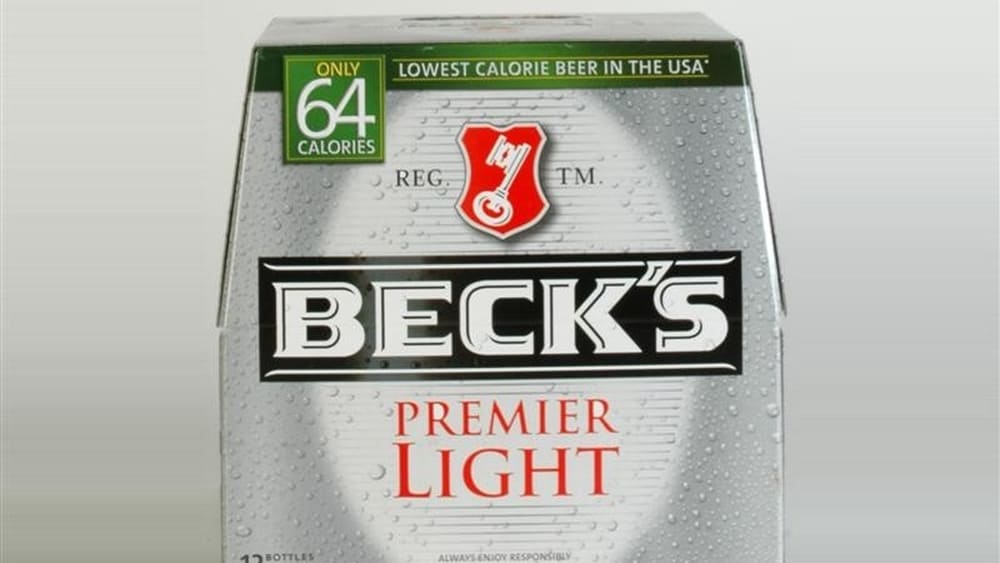 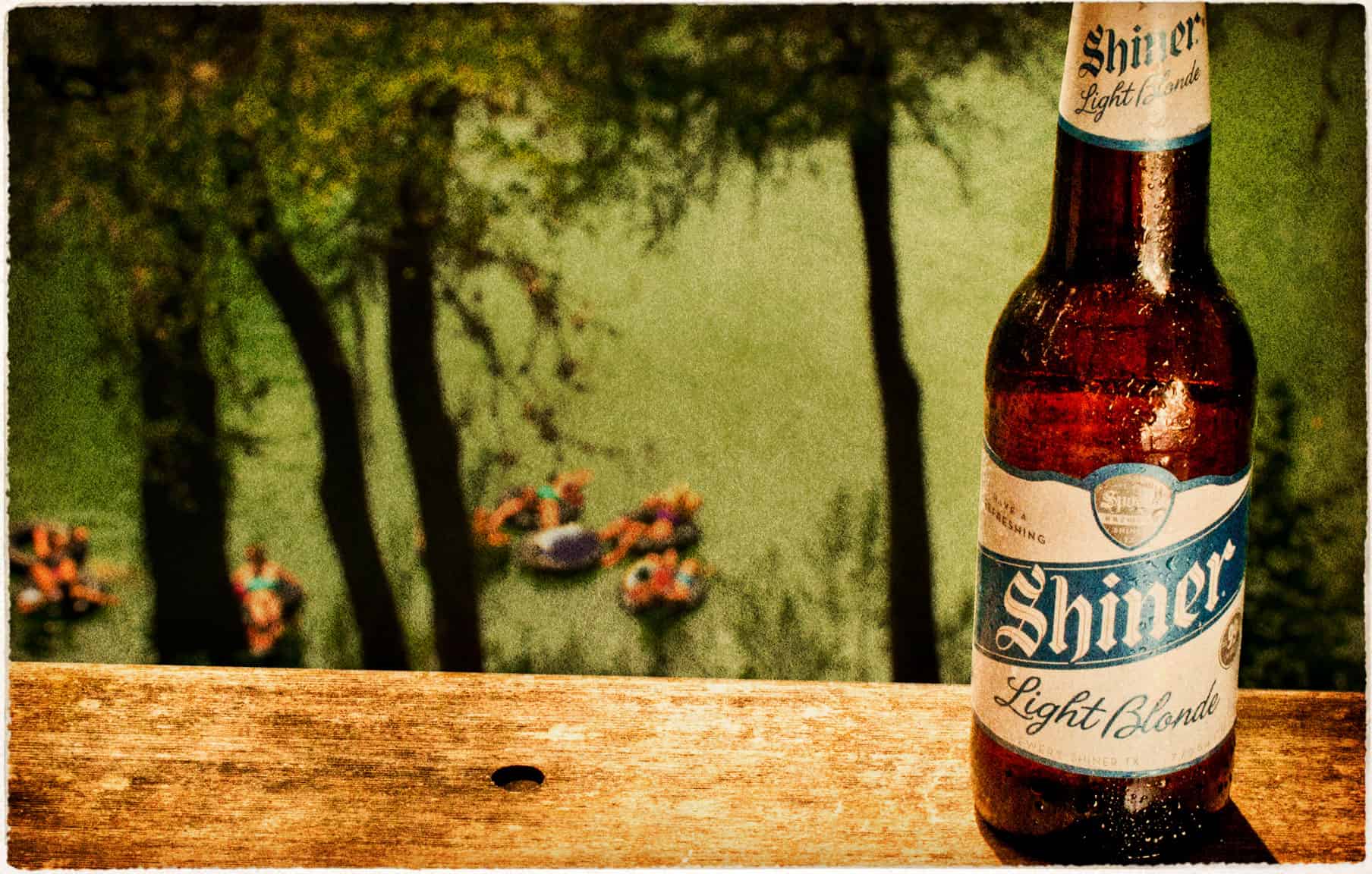 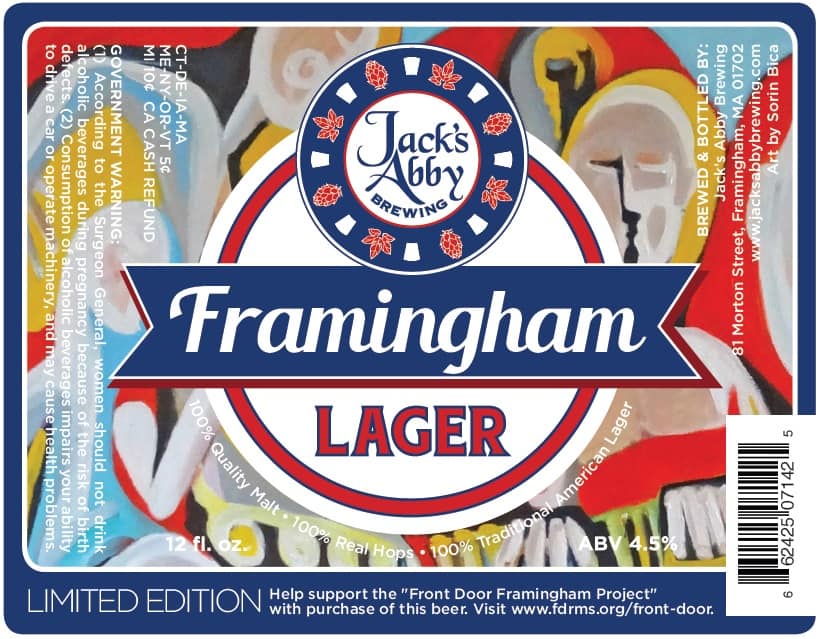 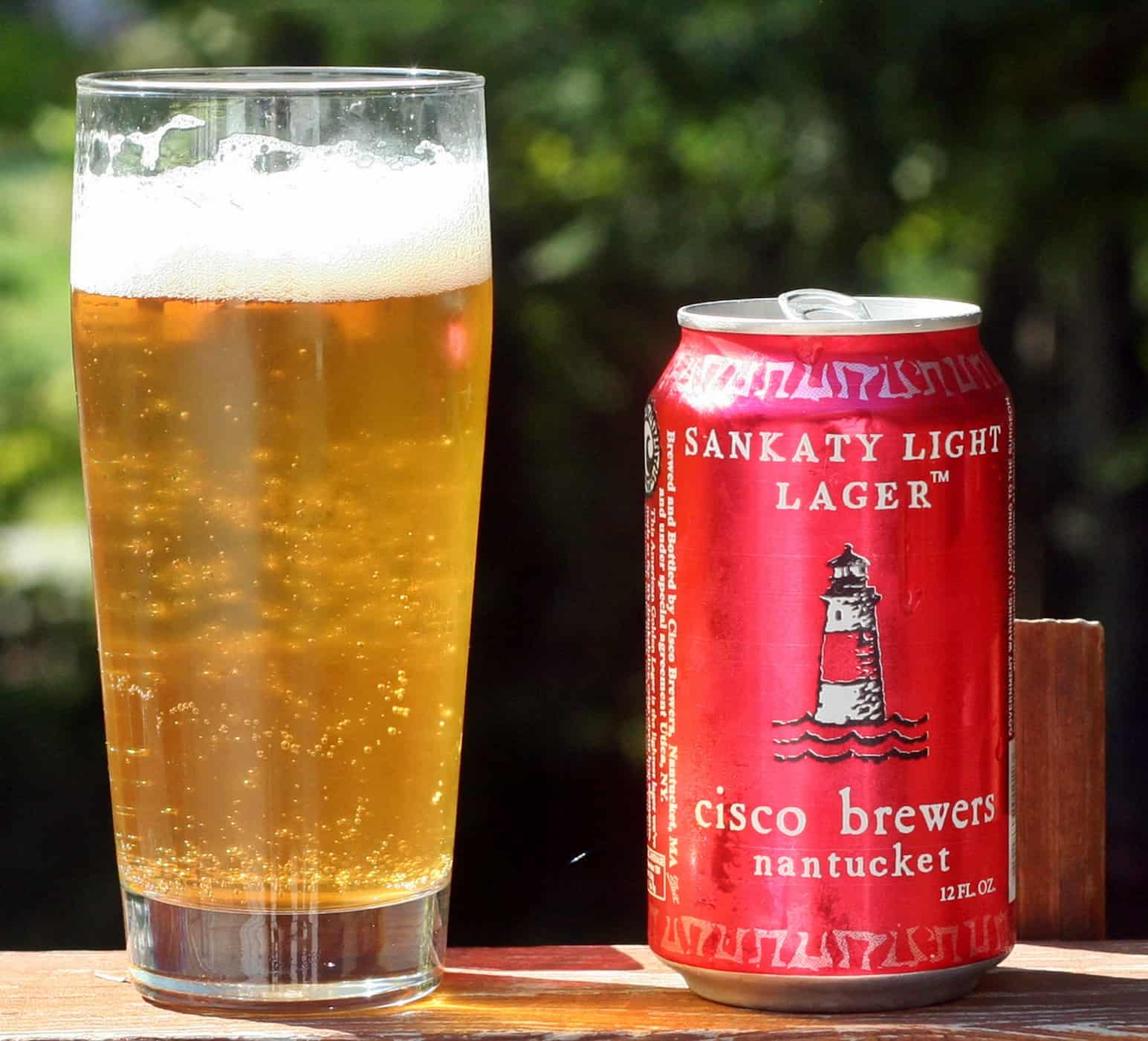 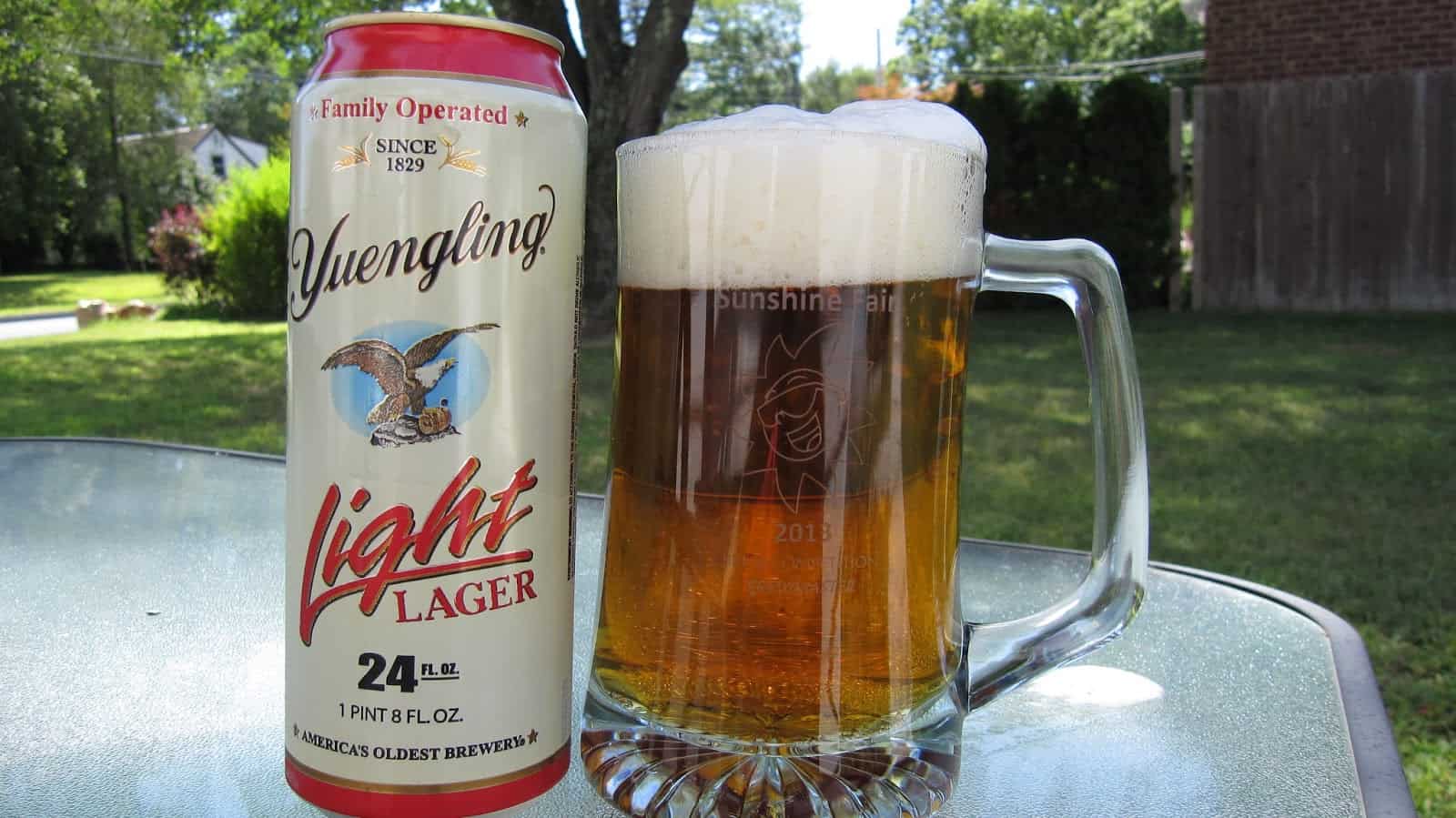 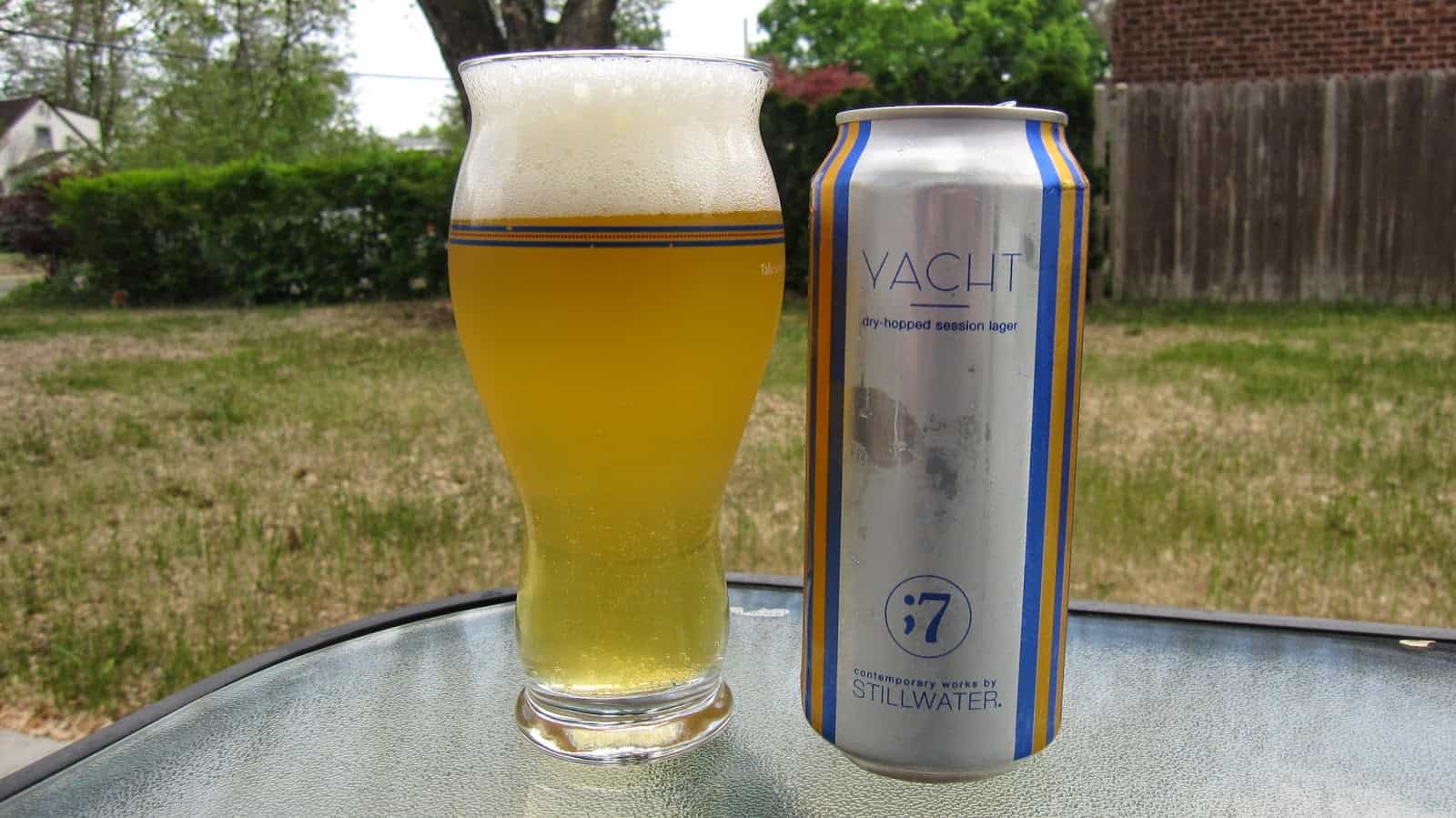 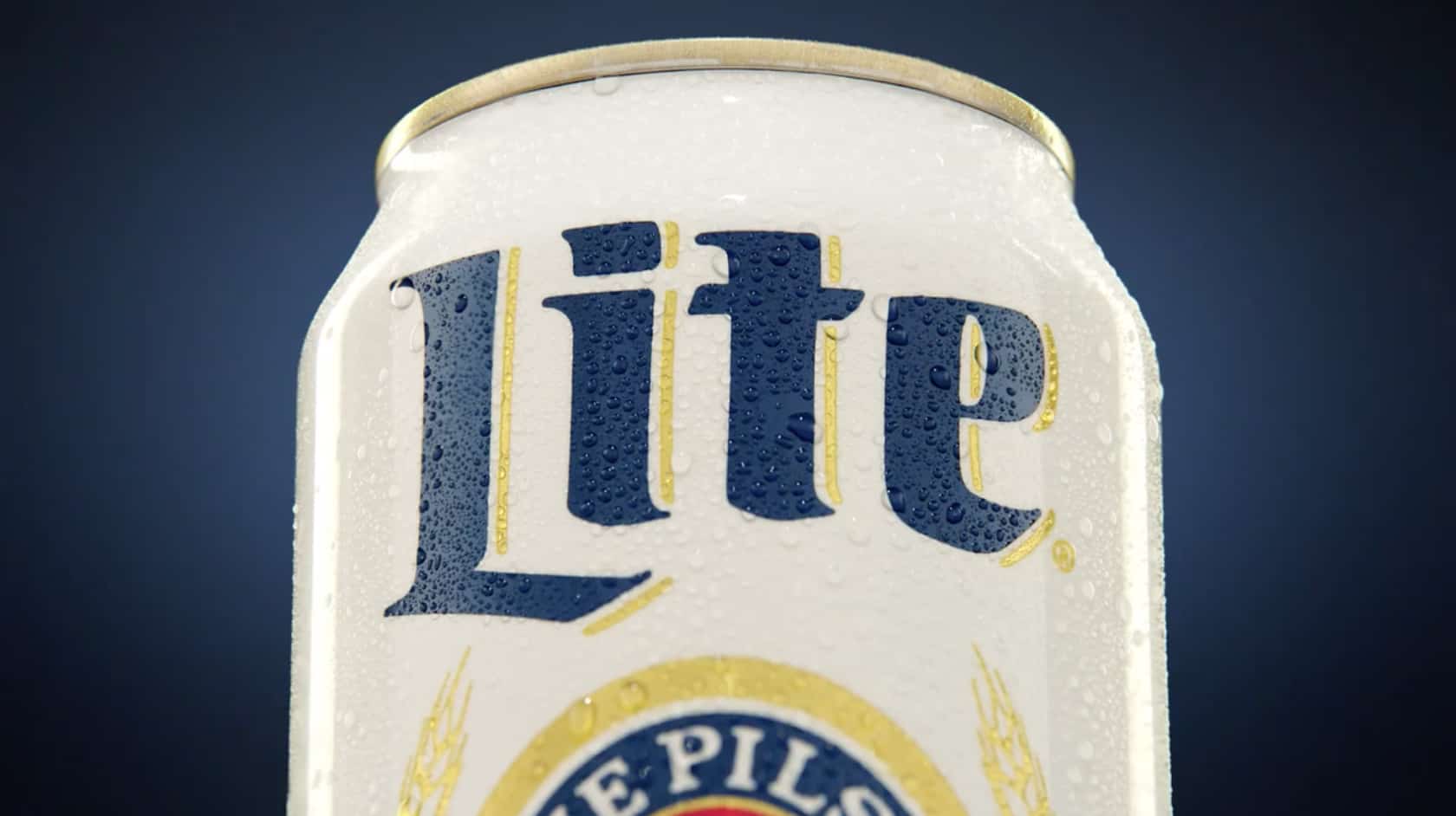 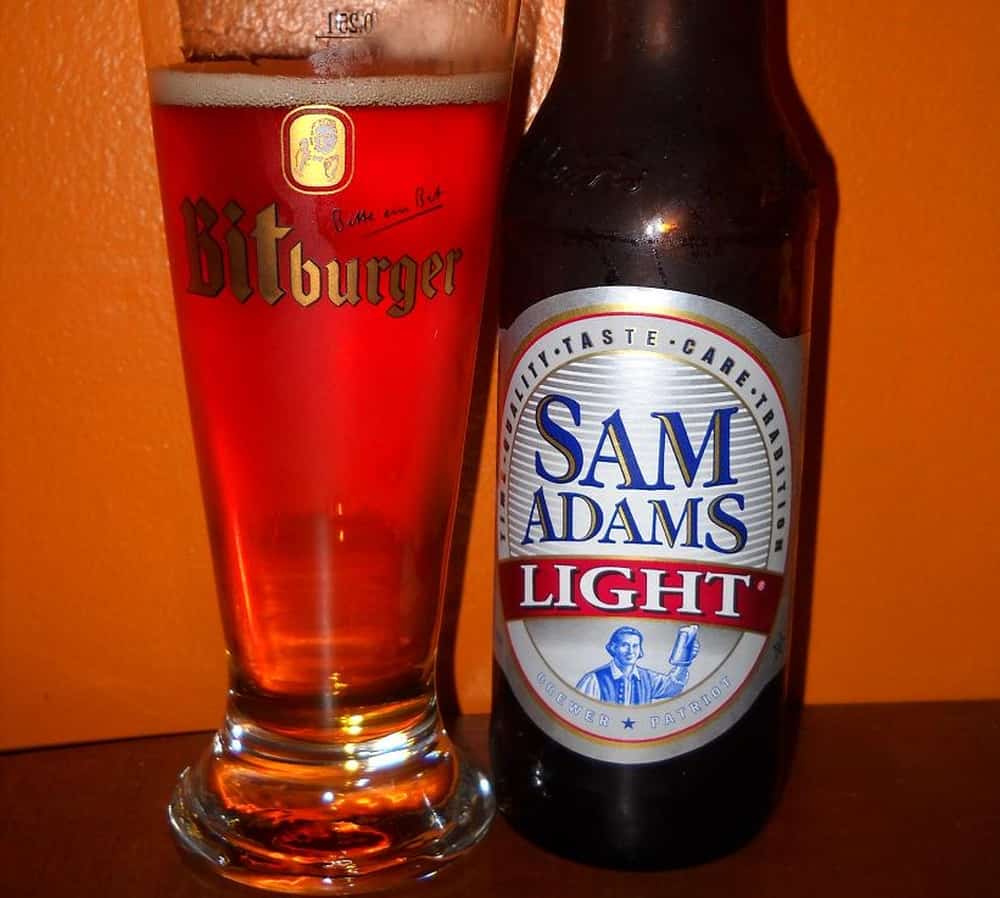 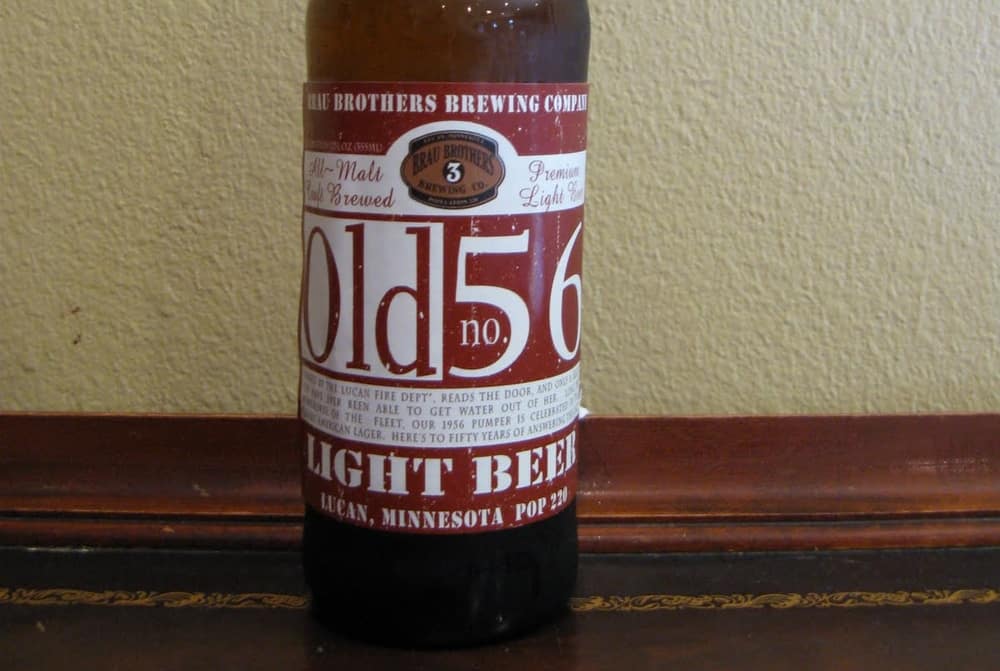 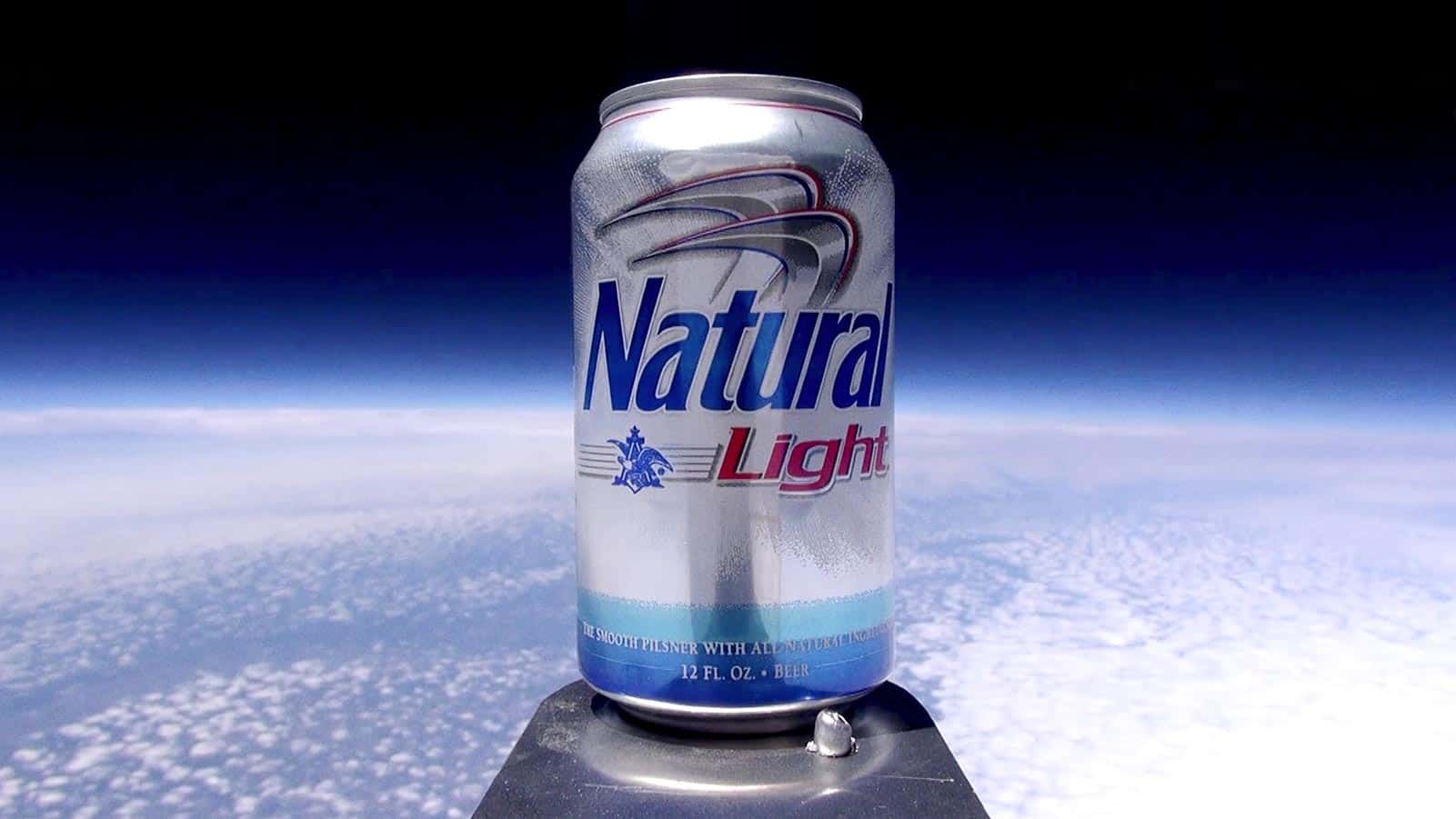 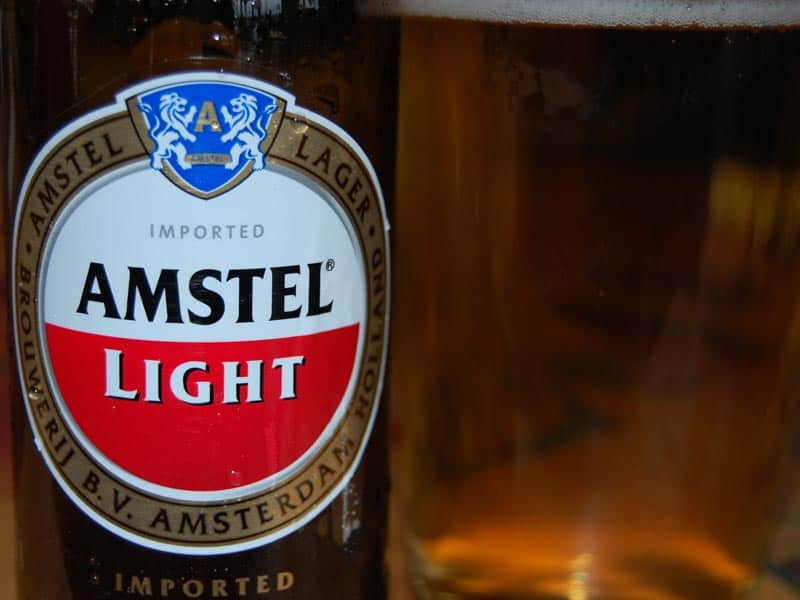 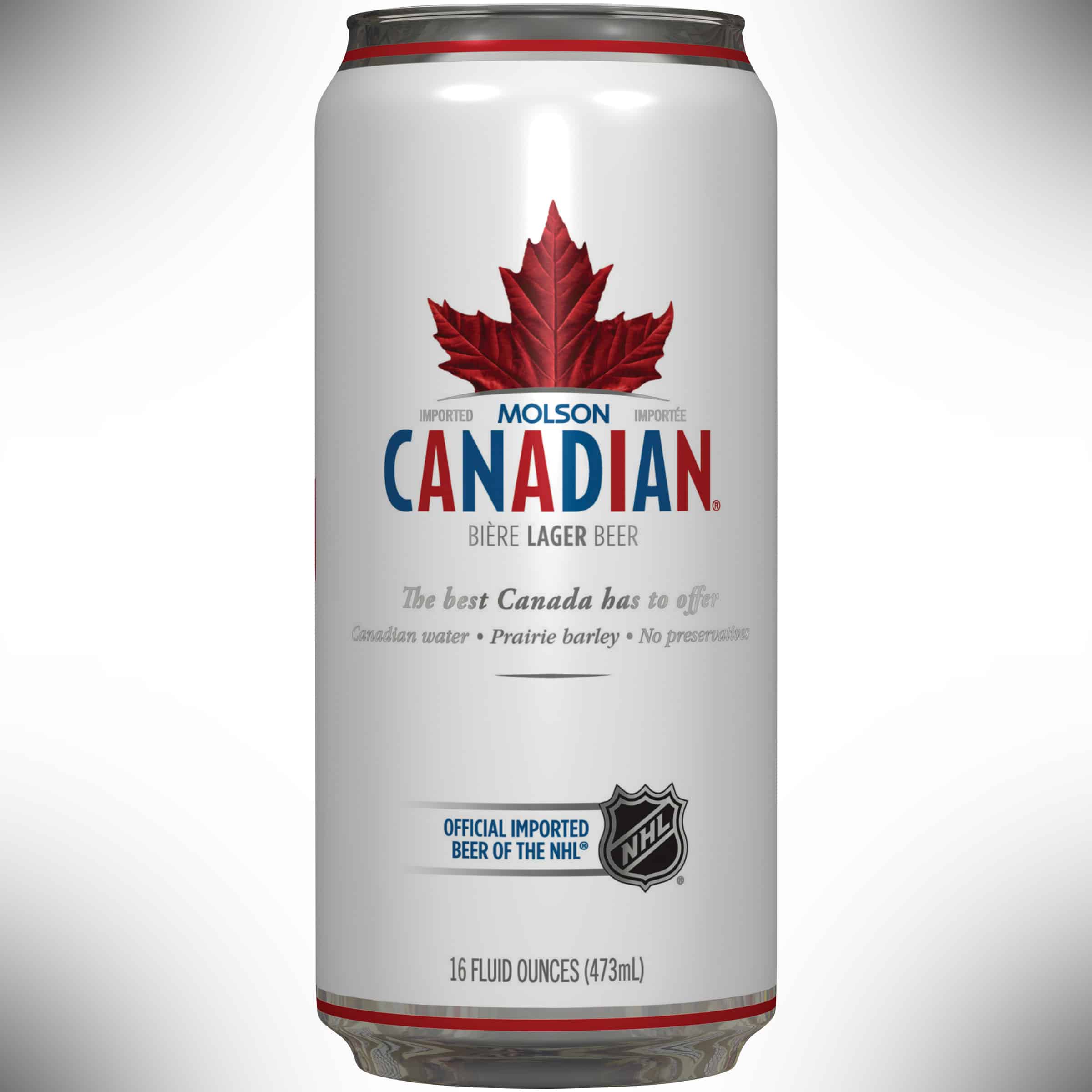 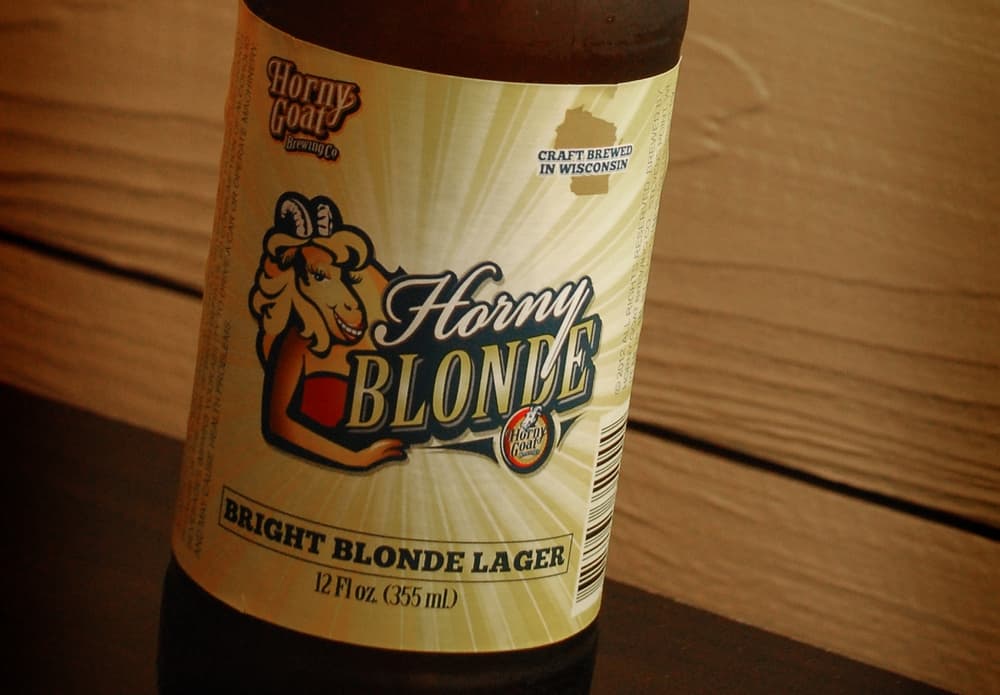 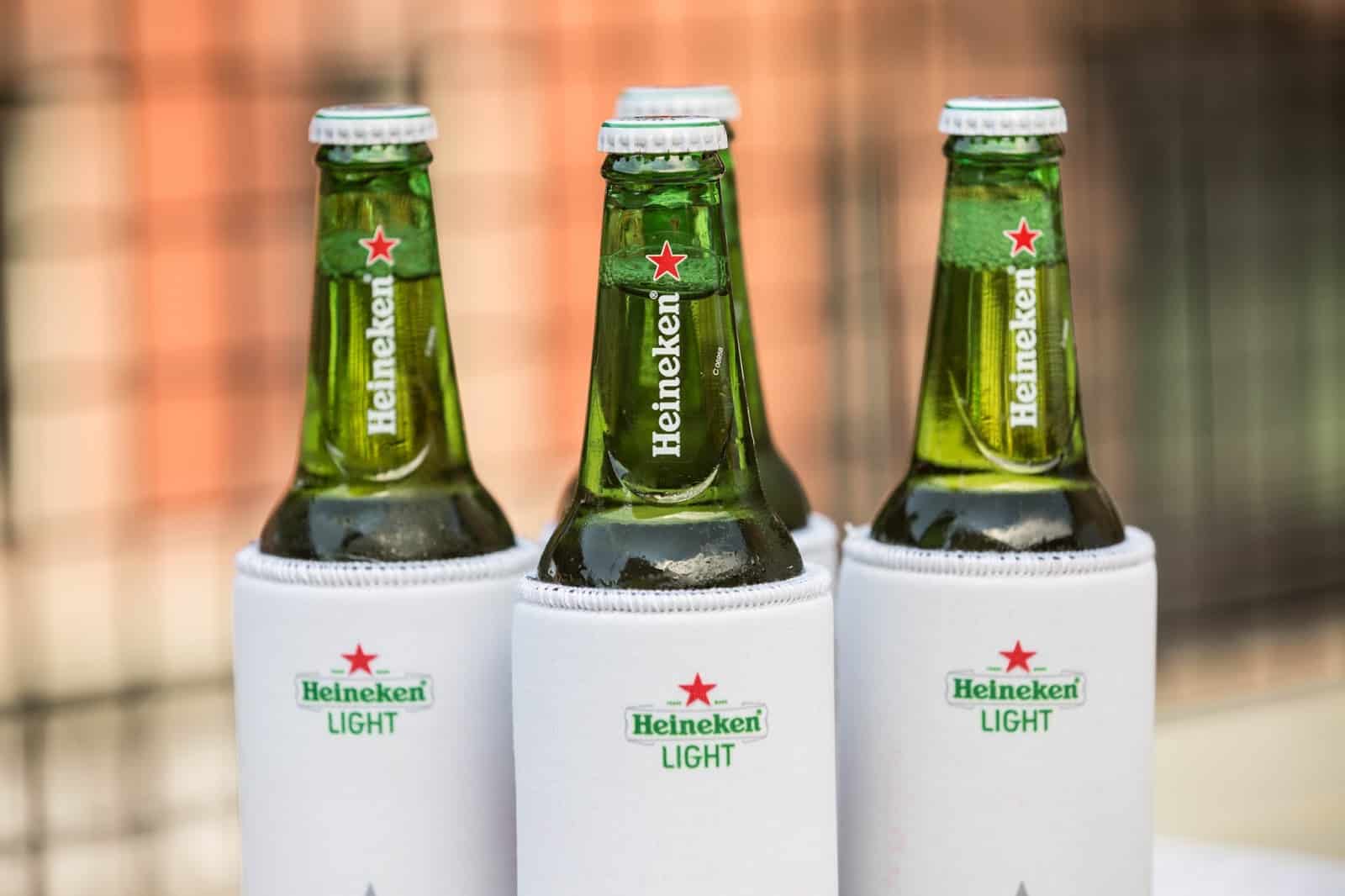 Beer is the nectar of the gods, but it’s also a ton of empty calories. Even worse, as is the case with food, the better a beer gets, the more of those calories you’re going to have lining your waist, because lagers, ales, stouts, Pilsners, pales, porters, bocks, and bitters don’t burn off easily. They lurk at your gut telling the entire world “I have no interest in sex with attractive people!” So, the conundrum is how to enjoy your sipping serenity while keeping your pant size in the double – or even single (if you’re a slender woman) – digits.

Though once a punchline, light beers have come into their own in recent years, finding new brewing methods that cut out calories without chopping off flavor for an experience that is better rounded than forcing yourself to smile as you suck down a silver bullet, wishing for all the world that someone would learn to make Guinness lean so you could drink like a damn person. Well, there’s good news for all you other spongecakes out there looking to drop a few pounds. Here’s 19 of the best tasting, most refreshing light beers we’ve found.

What Makes a Light Beer

This can be confusing for many, since different nations have different standards for what constitutes a “light” beer. We began by trying everything under 200 calories, but that experiment would have taken ages. Instead, we aimed at any beer that touts itself as being a “Light” version of another beer, and even considered those that didn’t laud themselves as “Light” so long as they kept the calories in the 100-150 range (or so).

Though this mostly worked, we did account for potential weight gain, so even so-called light beers that were packing 500 calories or other nonsense got cut from the pack. The intent here is to stay lean and get a buzz while savoring some satisfying flavors. Anything else is swill.

A canned craft beer, Yacht is bright and hoppy, with a pilsner malt soul that infuses the whole mouth with a round feel that lolls on the tongue. Flowers and spices mix with botanicals in the taste to give you a real woodland wonder, which is good for beach days during the summer.

Entrance to Canada requires two things: An opinion on the Power Play rule in hockey, and knowledge of good hooch. Canadians make exceptional whiskey, maple syrup, and light beers that are fun, a little fruity, and go with a ballgame like hotdogs and peanuts.

Yuengling Lager standard has barely 150 calories, so you barely need to lighten that up at all. Sliding in just under the triple-digit mark, this is a silky smooth choice that complements steaks and burgers like little else. Also full of antioxidants to help keep you healthy while you sip intoxicants.

This is a good beer that should have been a great invention. It’s a slimmer version of Sam Adams proper, which is to say it’s good…but the Boston Beer Company have the resources to make it great, and they chose the cheap way to make a buck. A deserving choice that is a long day’s work away from greatness.

This is what you drink to mow the lawn. It’s refreshing as a glass of lemonade, with soft malt and a light body that’s barely carbonated. Have some on hand for any yard work, or as payment for anyone pitching in.

A lunchtime beer just set for a hot day, there’s citrus, grain, and grass on the nose, with a watery walk that starts with no taste, eases into a lemongrass number, then finishes with just the slightest tic of bitterness, to close out the pilsner malt.

As solid a middle-ground light beer as is made in the world, when you need a full beer with a real body that doesn’t spare tire your midsection, Amstel. It’s the safety school of low-cal beer. Which sounds terrible. It’s better than that, though does have an odd, rotten fruit taste that you’ll notice now. You’re welcome.

A timeless lager that comes in hot with loads of cereal, barley, wheat, wood, corn, and caramel. It veritably sings when contrasted with other light choices, starting off sweet, easing into mild bitterness, and then a grain finish that deserves applause.

Bready malts that show no sign of hops, there’s little about Shiner’s Light that is in lockstep with the way the rest of the diet-friendly beers make their mark. Instead, Shiner has opted for a lot of bite that really makes itself known. It’s a kick in the teeth, but perfect if that’s what you dig.

Bearing almost as much alcohol as its full-blooded brother, Premier is a contender that has a scant number of calories to back up its clean, mountain flavor. The one flaw is that skunking seems common among the brew, which can leave you with a mixed sensation. For shame, Beck’s.

It tastes fresh because it isn’t actually brewed in Japan, but right in the USA. It swings for the fences, choosing a bitter apple flavor and dense yeast that has an oddly prosecco flavor and feel.

Able to bite like a Pilsner, Labatt has aggression to spare and can throw around more than a little lager-level density behind it’s otherwise light body. It’s a nice one-two from the steady Canadians.

Arguments about the lightness of Dos Equis are welcome, but it’s here because it deserves to be. The weighty calorie load also helps pump up the ABV, leaving you with a kicking little south of the border fun. Get some lime in this to really round it out.

Are we claiming Natty Light is good? Not really, but we are saying that if you want a buzz on a light beer that’s inoffensive and easily garnished to improve, take a trip back to the frat. It doesn’t have that dirty water taste you’ll get with other budget brands.

Honestly, with all the odd Clamato, Lime, Bratwurst, Pumpkin Spice beers out there, it’s a bit of a cheat. While most of them are a waste, this one is a funky, sweet, enjoyable little beer with good flavor, good ABV, and a lot of spirit. It’s not going to win over any refined drinkers, but it’s good for a quick snootful.

A stripped Heine is still good enough for most government work. Easy to find and pretty tasty.

Though last, Miller Lite isn’t the least out there by a long stretch. If you want the best that mainstream light beer has to offer, you’re in luck. It’s a quaint little caramel chum happy to help you on your way without a sprig of skunk to be found.