Look Up At The 21 Most Beautiful Ceilings In The World 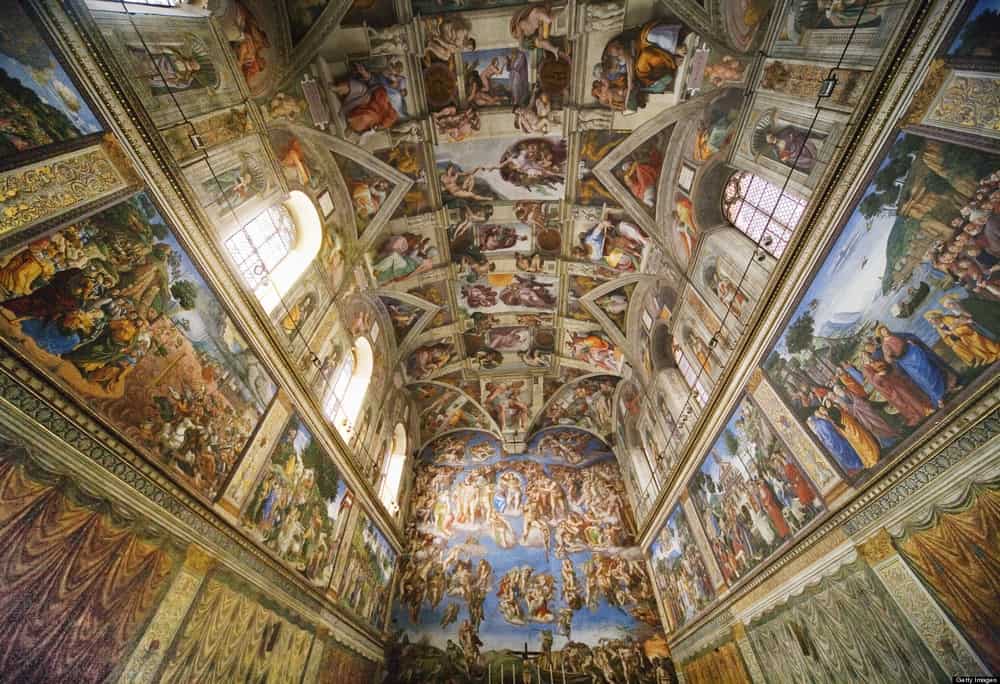 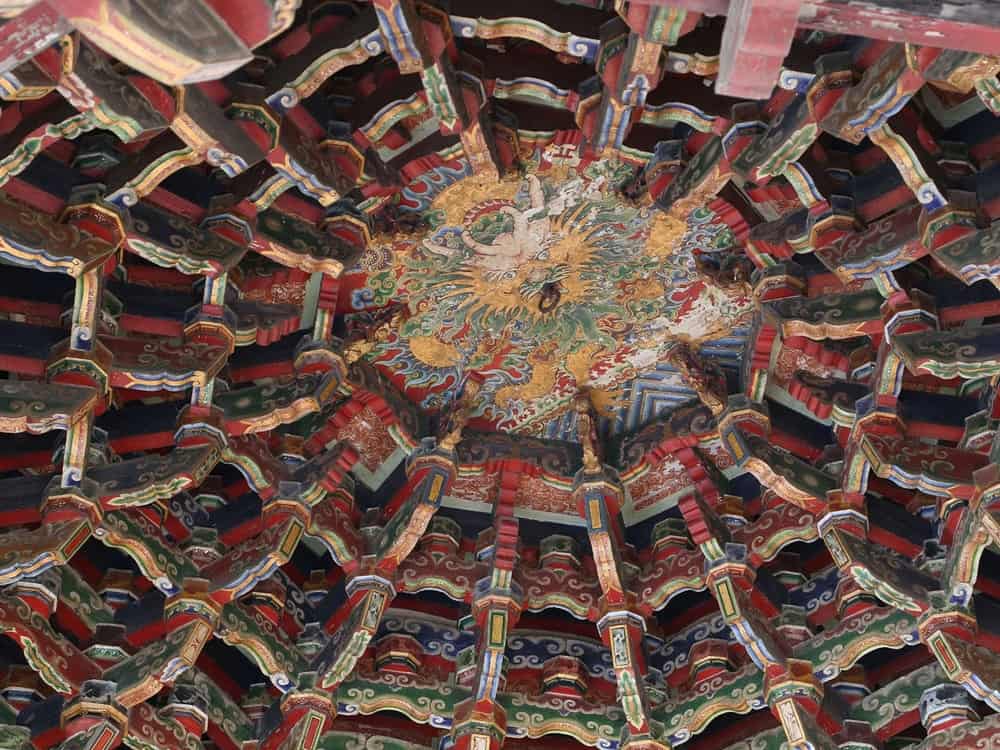 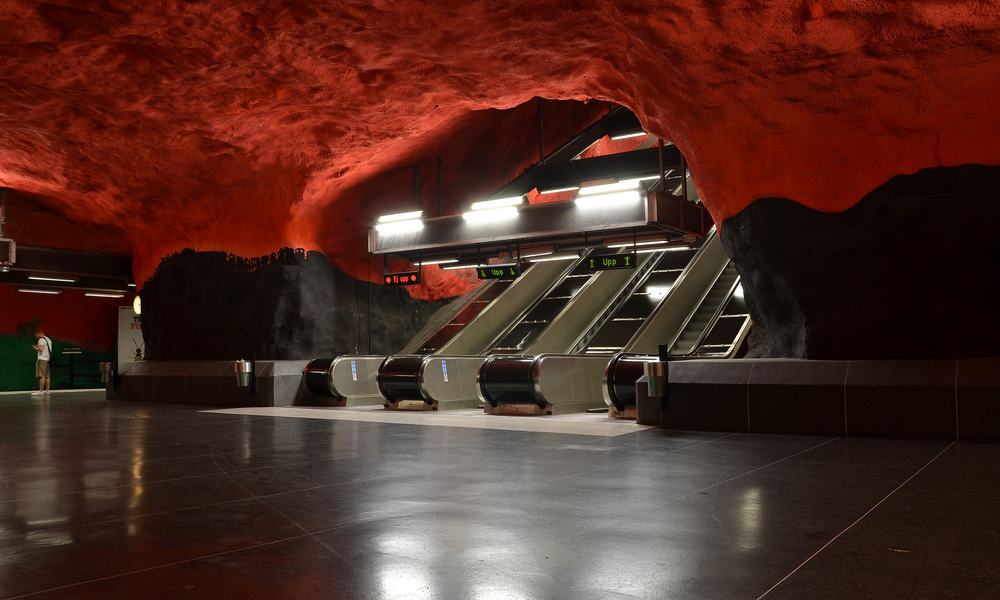 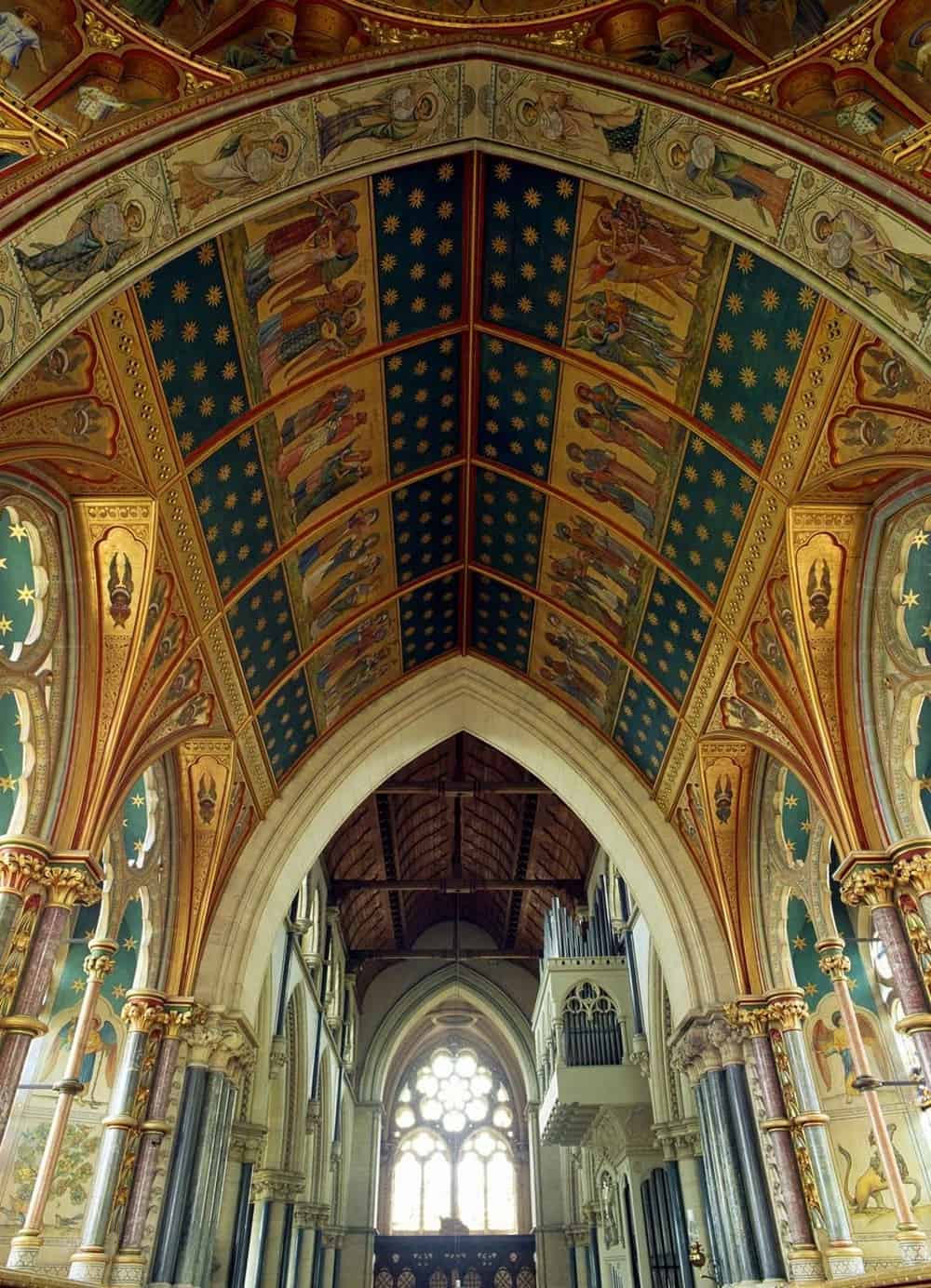 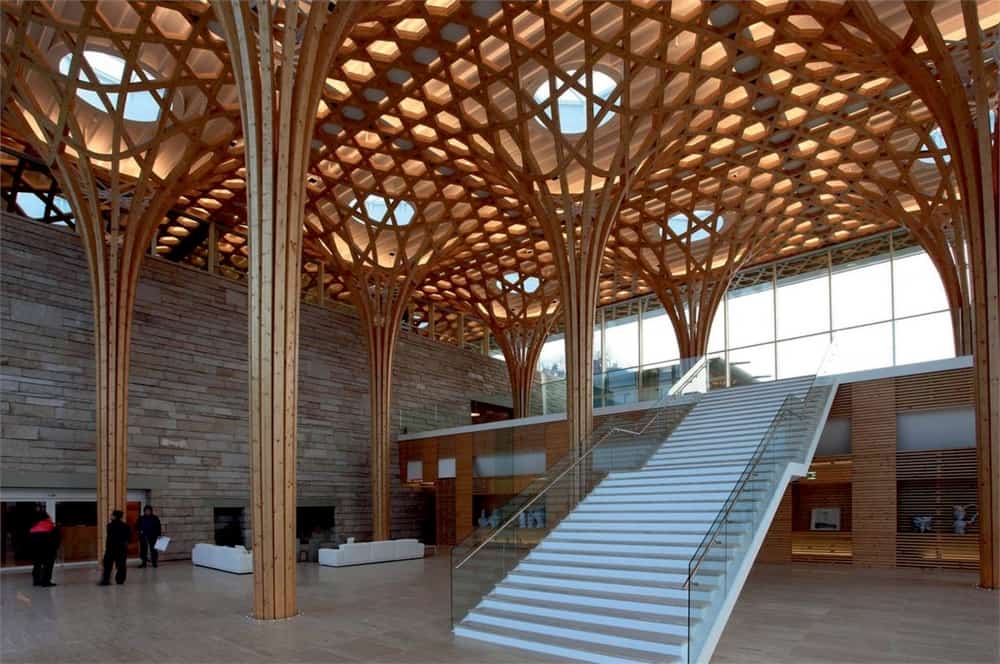 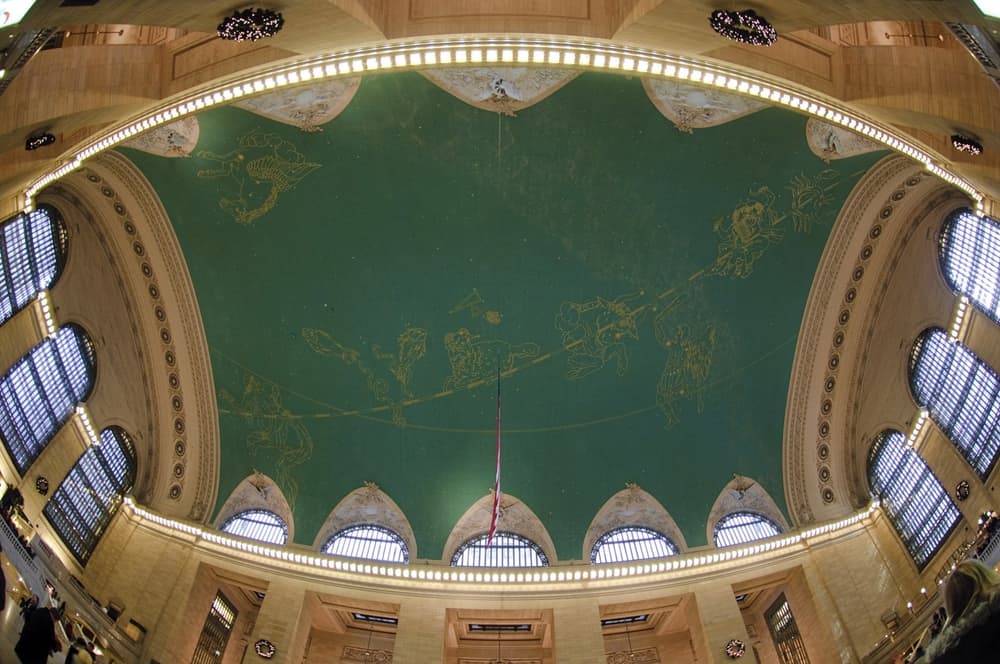 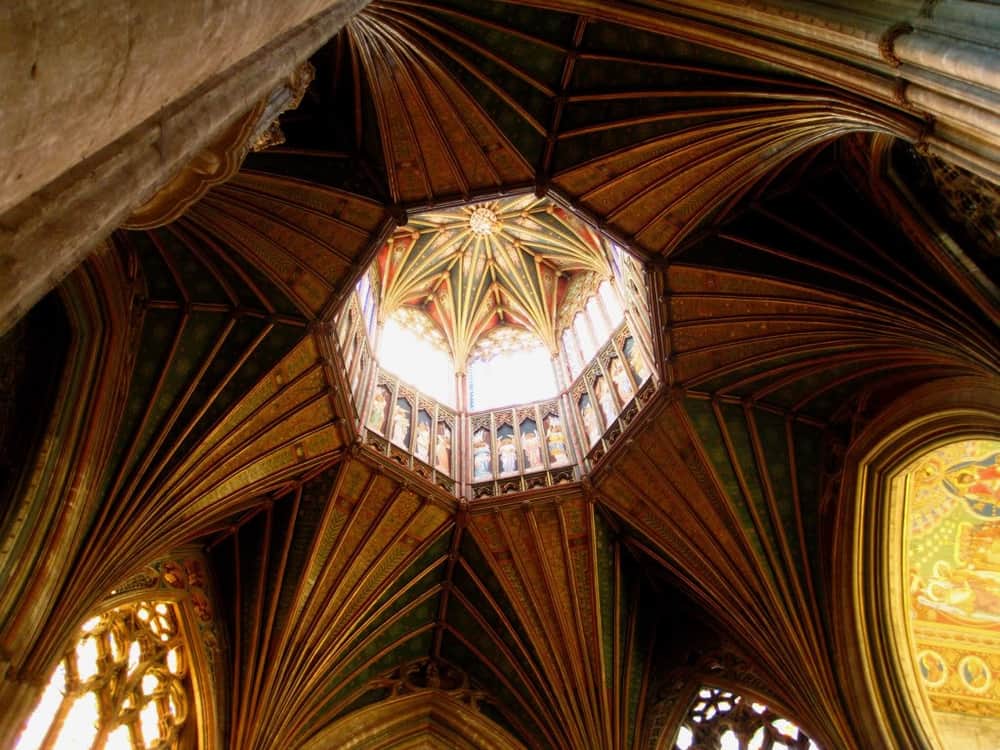 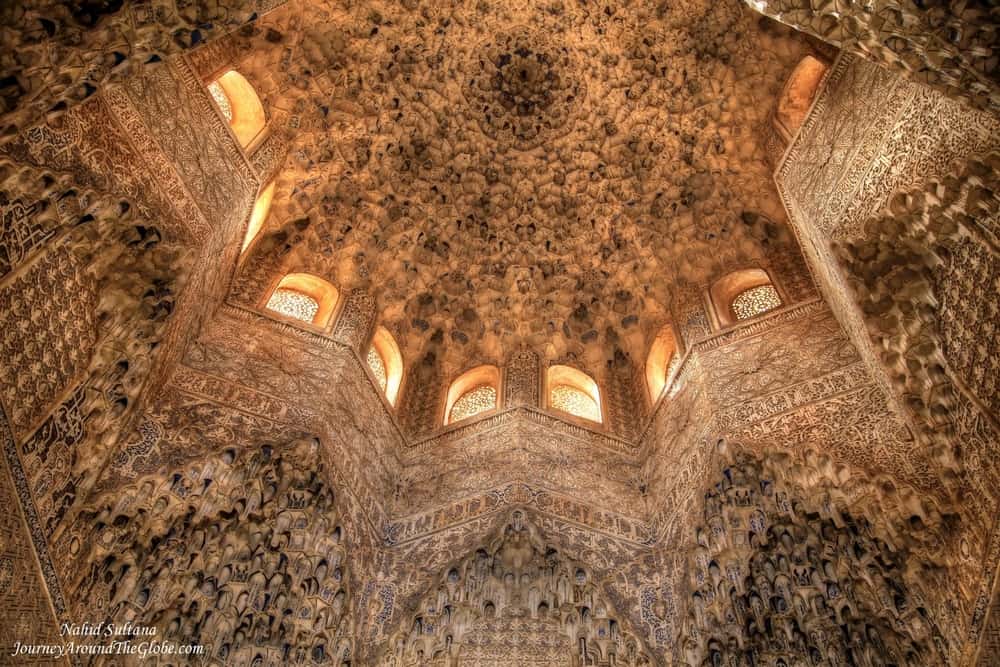 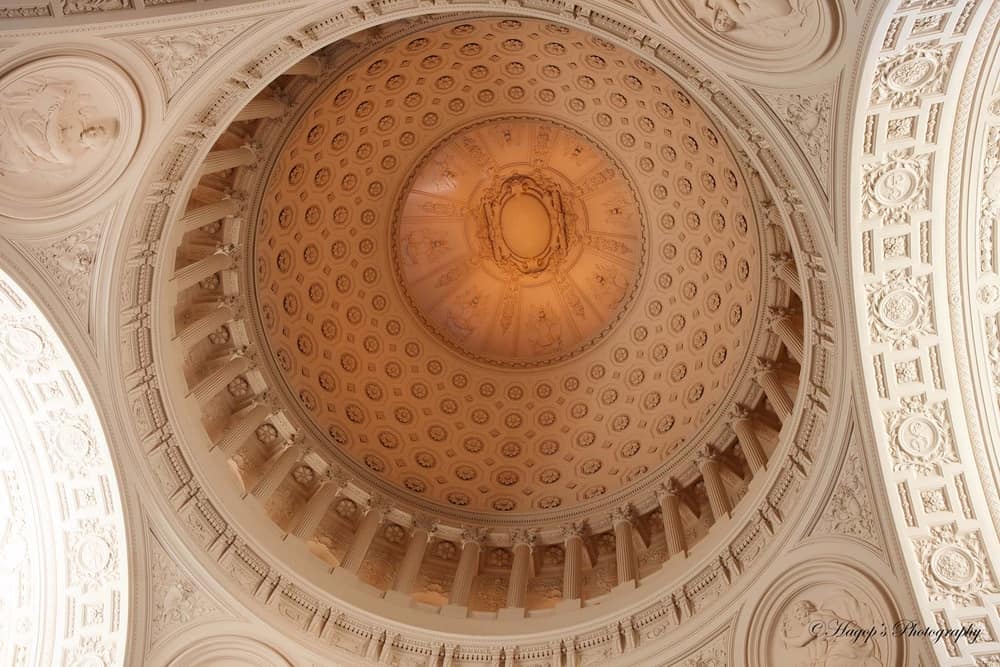 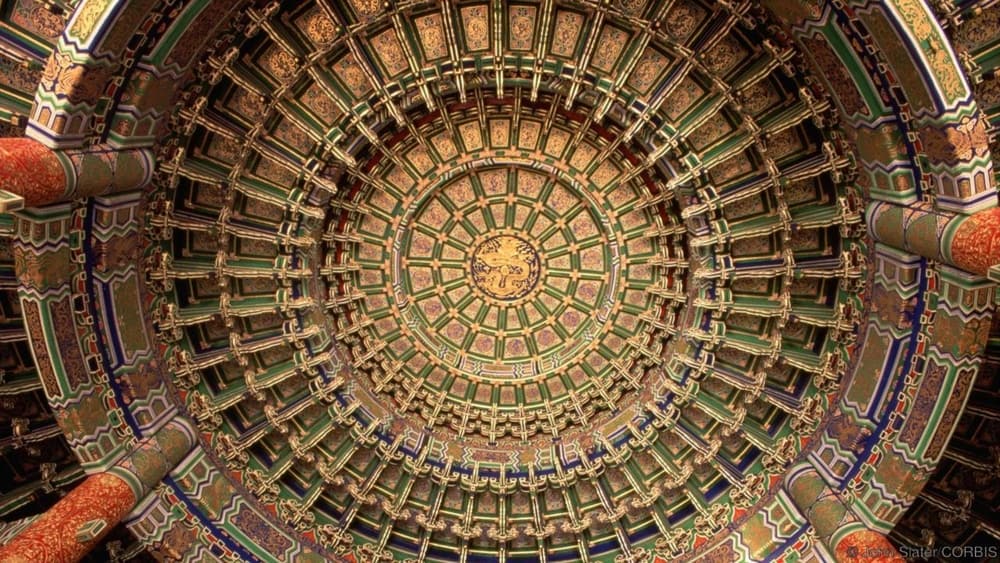 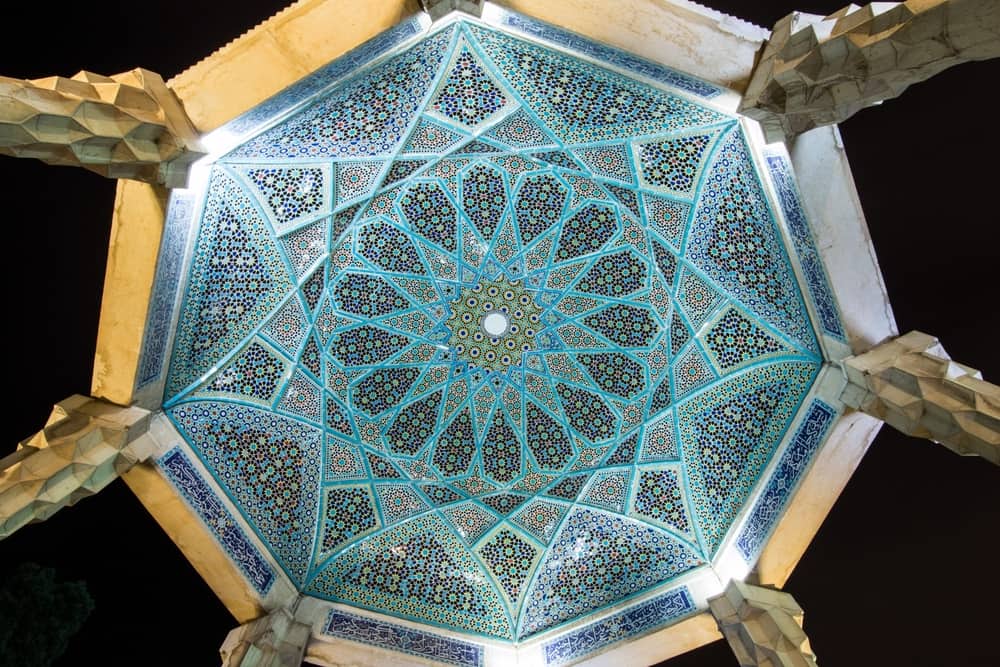 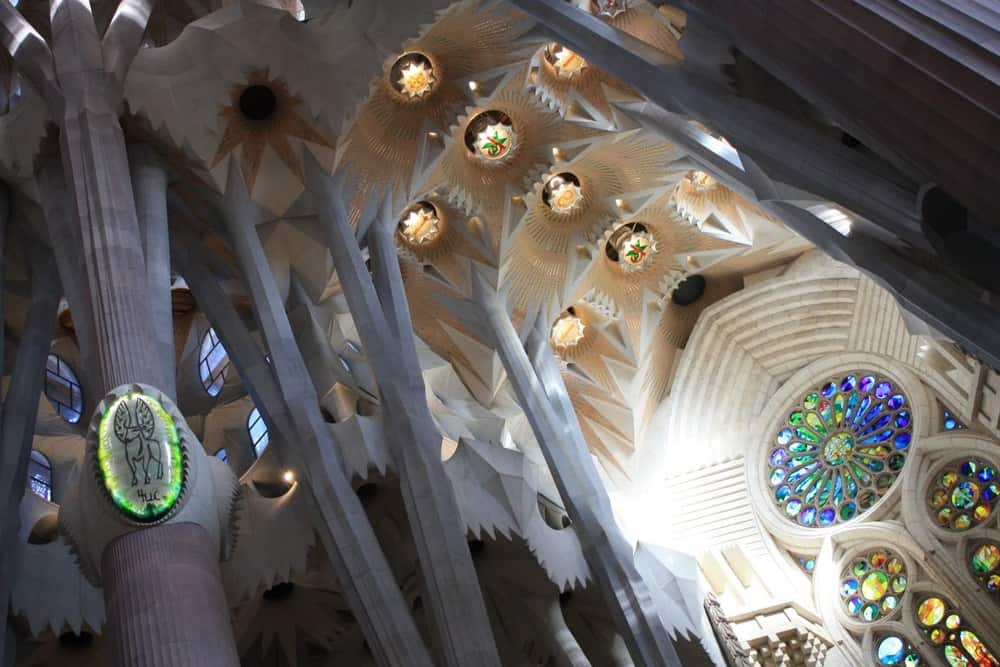 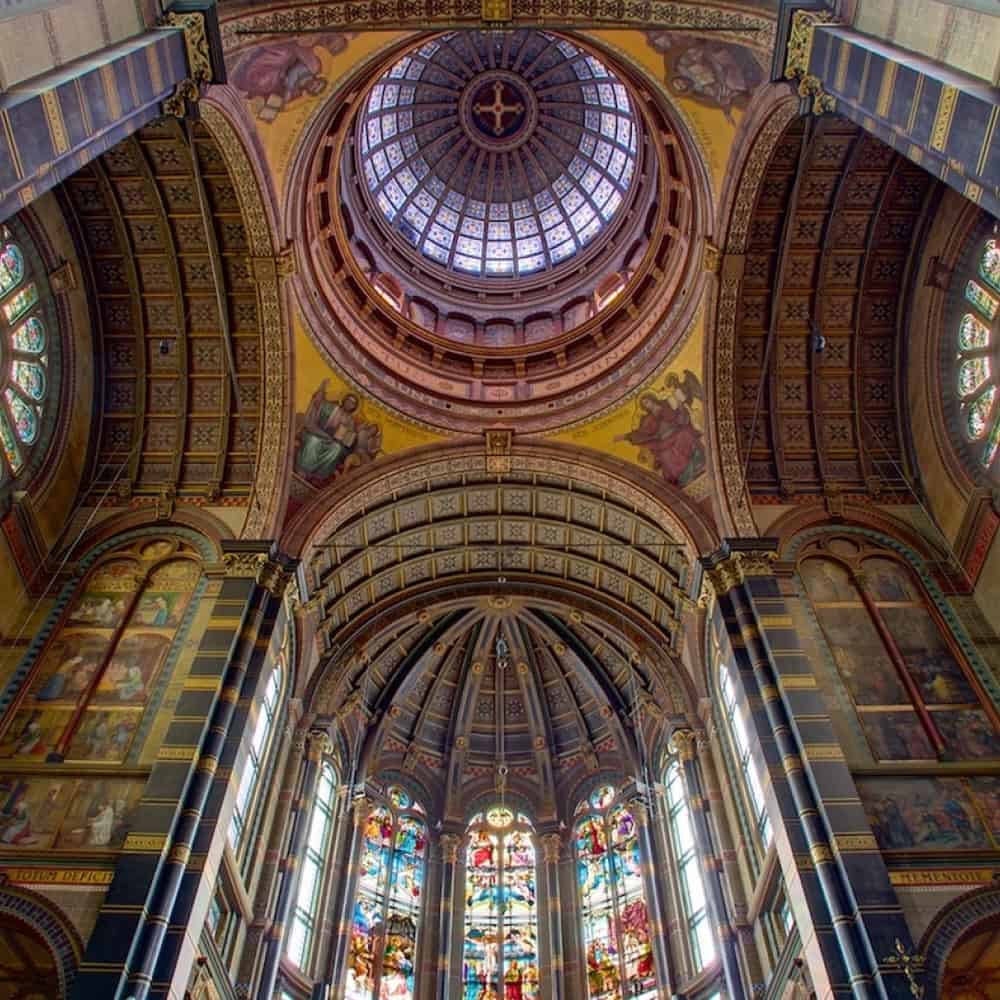 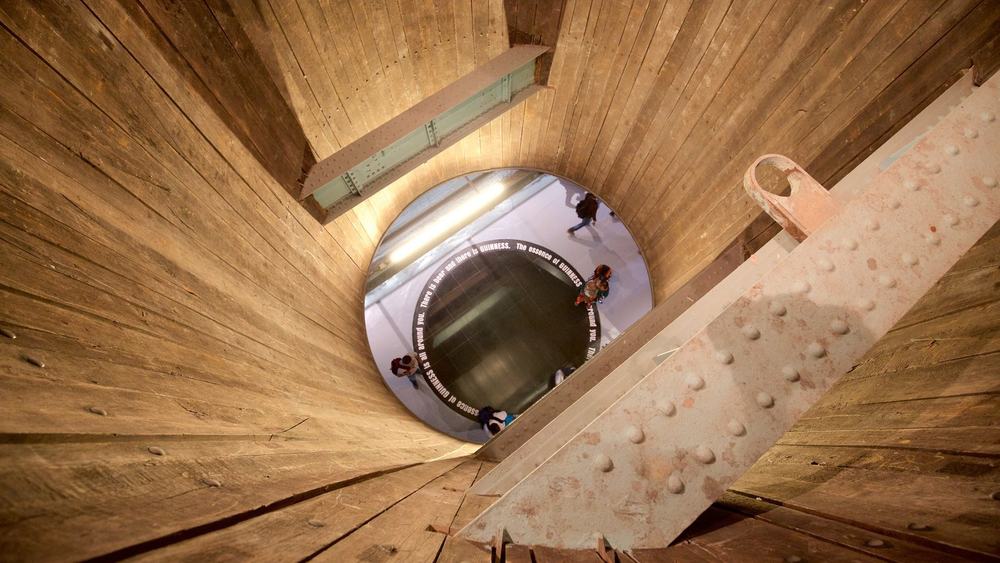 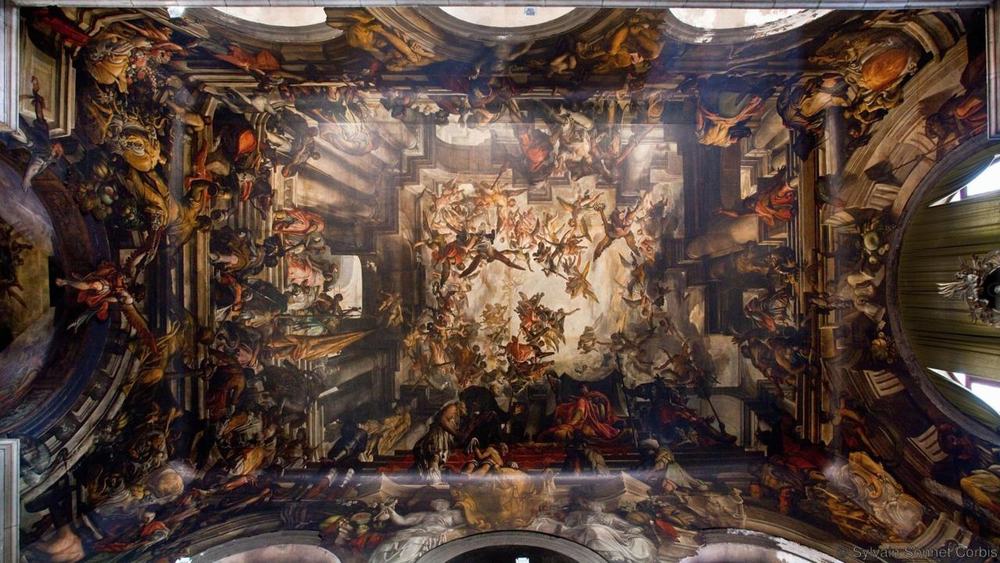 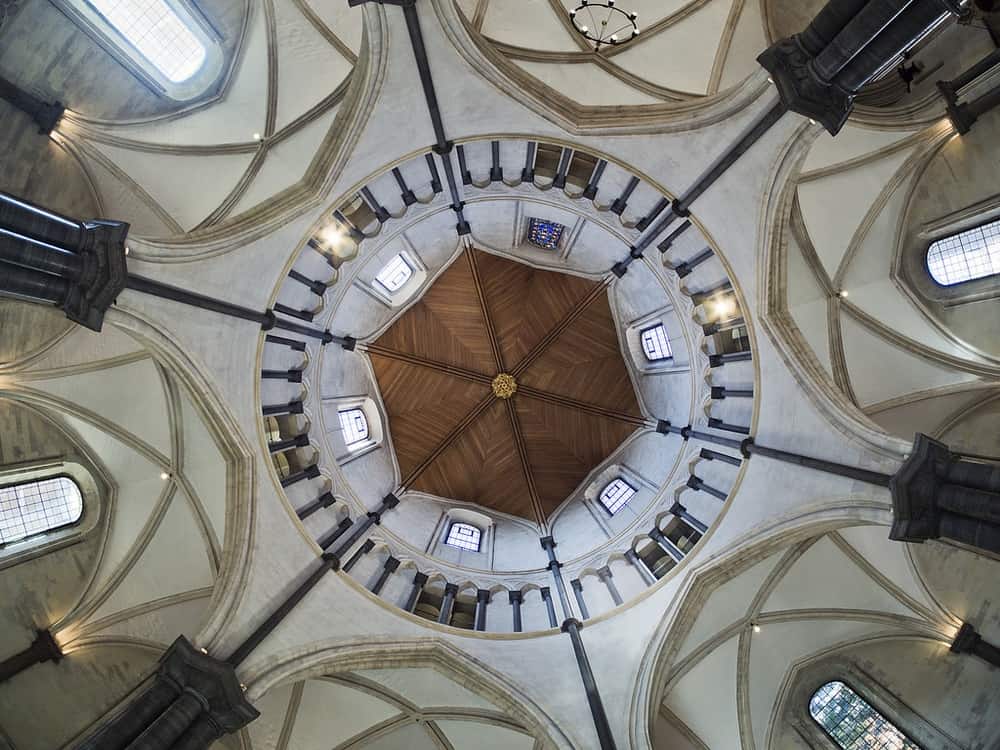 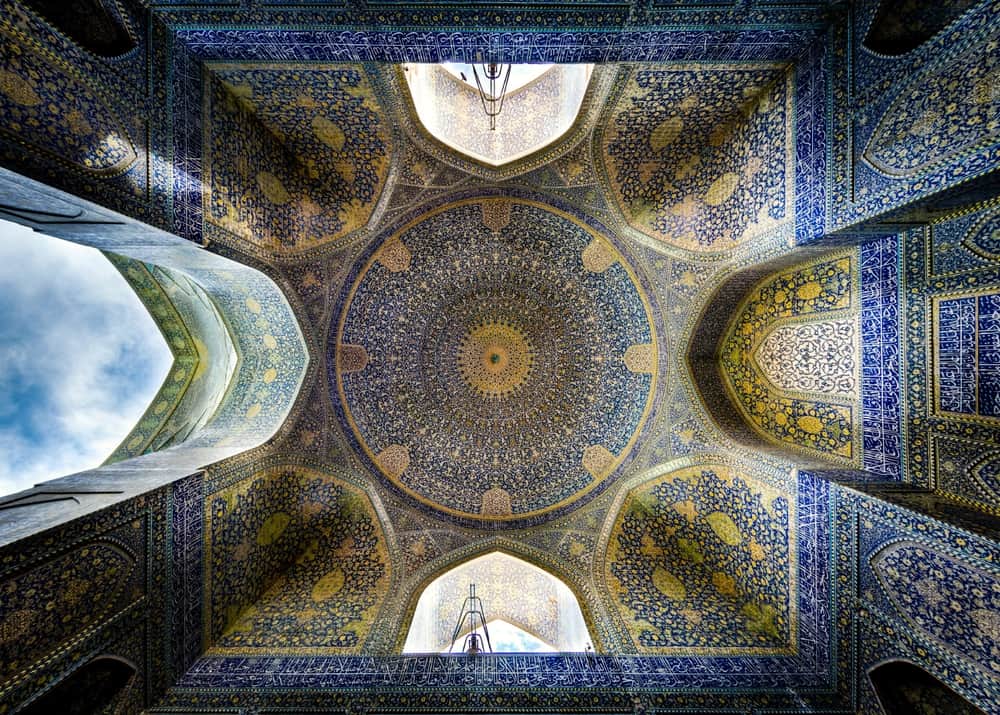 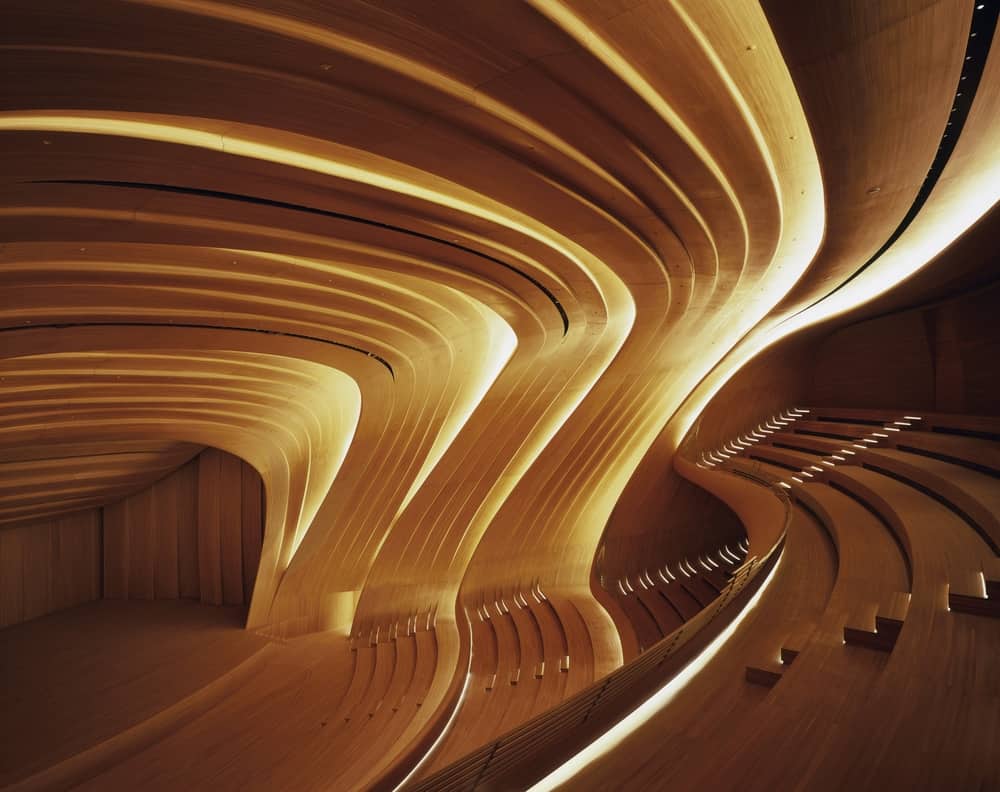 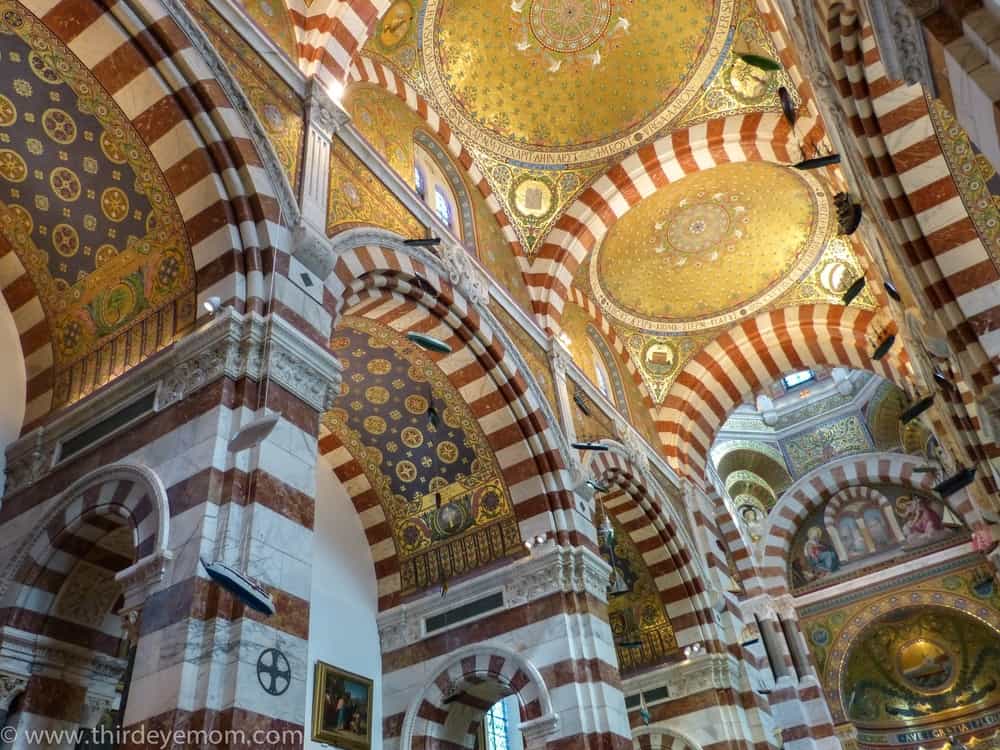 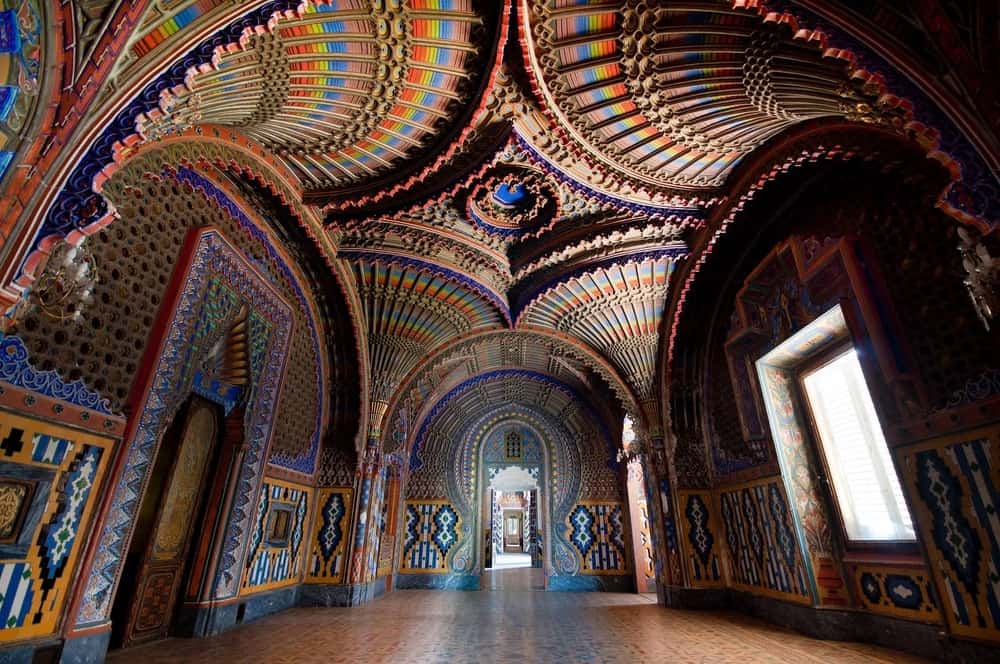 The Sistine Chapel gets a lot of attention since it was the work of a renaissance artist and one of the most ambitious pieces ever done on such an awkward canvas. Each year, 5 million people pay cash to stand in line and see that very ceiling, often waiting hours with throngs of other tourists just to stare skyward. True, it’s nice and all, and for the time it was a major accomplishment, but a lot has been done since then, and there’s plenty of smart artists who have managed to make ceilings that are not only lovely, but more innovative than Michelangelo’s scrawlings topside. Here’s the world’s 21 most gorgeous toppers ever put on a building.

Built in the Moorish style with 365 rooms, one for each day of the year, the Sammezzano castle has been used as a residence, a hotel, a gathering location, and a spa and golf course. The Peacock Room is it’s crowning glory, with the multifaceted layout striped with rainbow colors, creating a kaleidoscope effect. There’s also the White Room, Hall of Lilies, and other lovely design marvels to be had, making it a must-see when it reopens it’s gates.

A playful carnival feel takes center stage in the basilica of this Notre-Dame cathedral done up in Neo-Bizantine form and given arabesque decorations to create an airy sensibility that offers a light, circus-tent feel with striking recessed lightning that adds a slight sense of mystery, giving a “behind the scenes” sense.

Acoustically wonderful and complex, this is the work of architect Zaha Hadid who chose sealed and flexed white oak to form the ceiling and walls, arcing down to devise a womb-like feel that seems to be floating in space, fluid and graceful.

In the latter part of the 16th century, Shah Abbas moved the Persian capital to Isfahan, where he commissioned the building of several sites of worship. Beautifully crennelated, it’s difficult to believe this is done with mud brick decorated by Rezza Abbasi, noted calligrapher and miniaturist who managed to make a mosaic out of polished and fired clays that reflect the sunlight in dazzling patterns.

Simplistic and understated, the Round Temple was created by the Knights Templar in the 12th centry and reflects the ideology inherent in the Templars, which is holy grace, devotion to purity, and humility before God.

Unfinished and glorious, it costs a 50 cent Euro piece to light up this oil painting byGian Antonio Fumiani which gives the illusion of extending the Baroque church upward, showing a chaotic, angelic scene.

Church’s get a lot of attention for their ceilings, but few of them are as fun as sitting in the bottom of a barrel at the Guinness Storehouse. Pint in hand, of course.

Lovely in part because there’s multiple artforms in play. The lighting works with the architecture, which in turn provides the canvas for the friendly, slightly groovy Matthew, Mark, Luke, and John. Perfect for Amsterdam.

Fans of Catalan Modernism – truly the most bitchin’ of all the modernisms – are already familiar with the name Antoni Gaudí, who is responsible for the Sagrada Familia (Sacred Family) ceiling. Though it looks ultra-modern and almost celestial, it’s hundreds of years old and part of a church, not a scientific observatory. (Sorry about the image trypophobics.)

Better seen in person, when the mosaic is spread out above you, it quickly begins to play tricks that can entertain for hours on end, even without consuming any hallucinogens. After a few tabs, you’ll either want to live here or burn it to the ground. Quite an experience either way.

Temple of Heaven, Hall of Prayer for Good Harvests, Beijing

Made during the famous Ming Dynasty, or about 1420 by the western calendar, it was made without a single nail, but a series of interlocking wooden pieces. The three tiers represent days, months, and seasons, bringing a mathematical component to what is essentially a religious building celebrating the holy emperor.

To say there is no culture in government wouldn’t be entirely correct. There is certainly this ceiling, with it’s detailed, intricate carvings that are barely a footnote to the grandeur of the rest of the structure itself.

Part of the Nasrid dynasty, the Alhambra (originally Qalat Al-Hamra) was an architectural marvel for the age, due in part to this dripping stalctite ceiling.

Beautiful to behold, the real glory lies behind the scenes in the engineering of the hanging lantern at the center. Made by William Hurley in 1334, it’s covered in shutters adorned with angels that can be used to alter the way the light shines, and when seen from the side, Christ appears to be standing haloed inside. No pictures can do it justice.

Nicotine tar formerly coated the ceiling, from the many years when everyone smoked wherever they went. When it was finally cleaned, underneath was a mural of medieval astronomical maps that aided in navigation, painted by Charles Basing of New York and French artist Paul César Helleu, as well as their multitude of assistants.

The name of the designer is Shigeru Ban, who has largely made a name for himself in the manufacture of paper and cardboard buildings. Here he’s designed elegant lattices that hold the ceiling up with a minimum of material, while also providing a superior airflow system that naturally keeps heat from becoming overwhelming without the use of expensive or harmful air conditioning.

Part of the Studley Royal Park, Victorian Gothic has never looked so fabulous. A masterpiece that moves away from the grim weight that marked most Gothic architecture, this feels both ephemeral and reassuring. Ideal for church.

Swedes know how to really make a statement. Artists Anders Åberg working with Karl-Olov Björk determined they would use a shocking red paint on the bedrock around the transit station, then light it as if you’re entering a professional wrestling stadium. It’s inspired and fun.

The Lukang region of Taiwan has a number of impressive temples, many of them painted in similar flamboyant dragon styling as Lungshan, which makes you more uneasy than awestruck when standing beneath it.

Designed in 1427, the intent here is to represent the universe. Looking closely, it’s possible to discern stars and moons, sunbursts and other heavenly objects, and the fact it bears any resemblance to reality known today says much about the sophistication of the era.

You’ve seen the pictures, but there’s far more to the chapel’s dome than God giving life to Adam. It’s a whole rendering of paradise throughout rooms upon rooms of stunning work. Just make sure you go early on a weekday to avoid long lines, gawkers, and being rushed through.