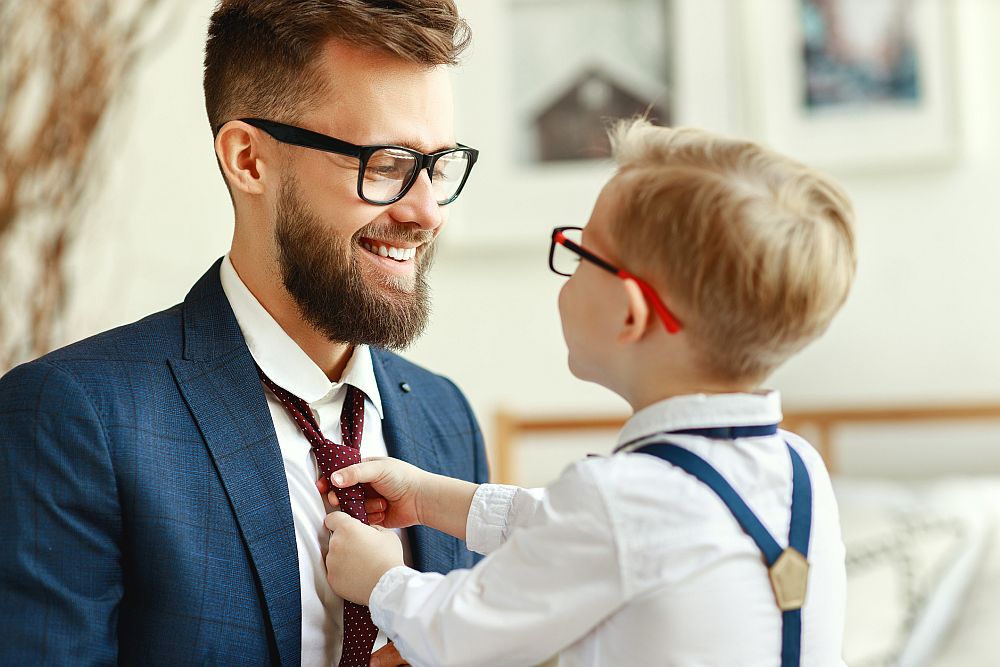 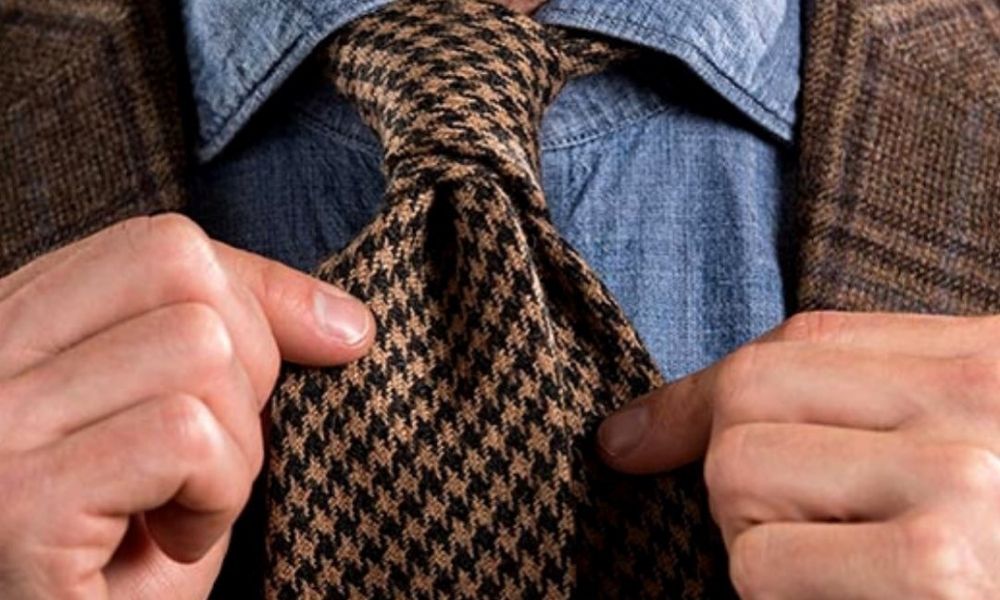 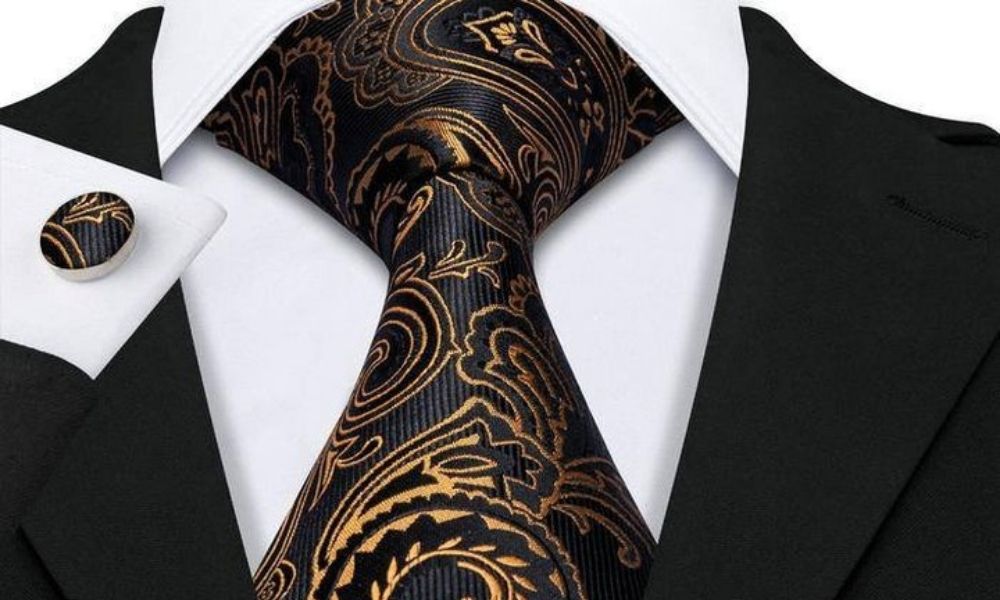 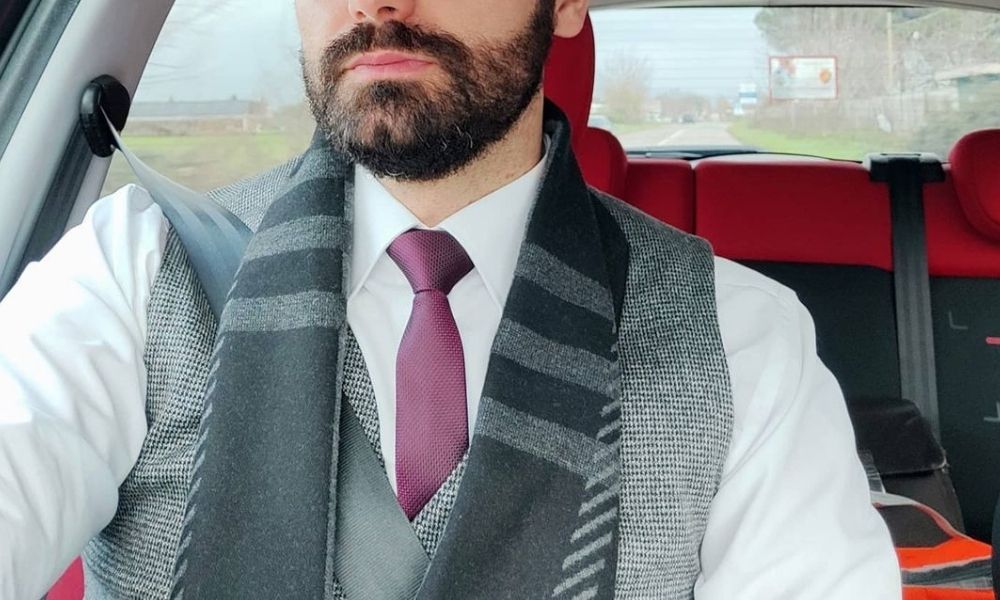 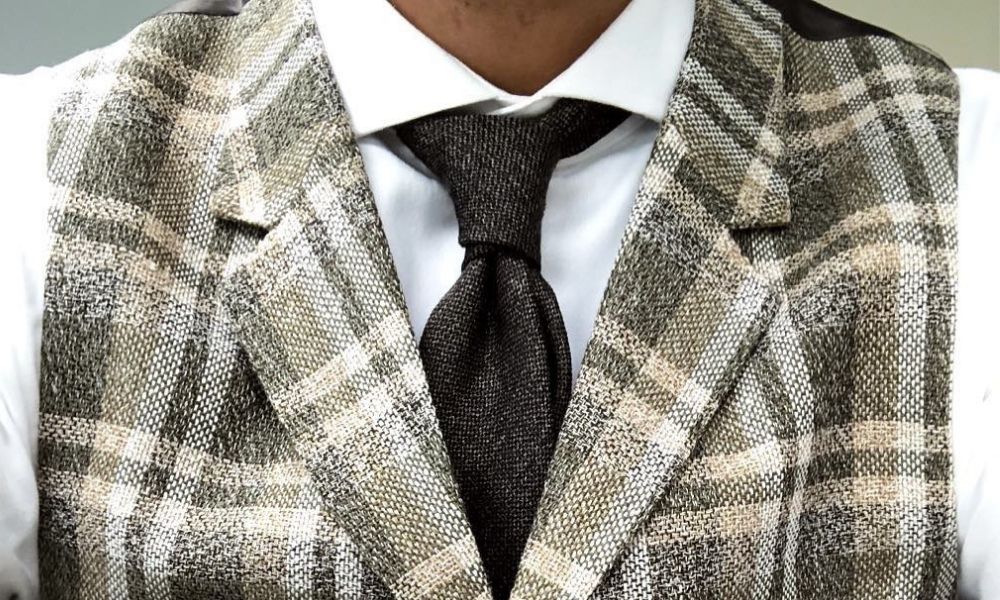 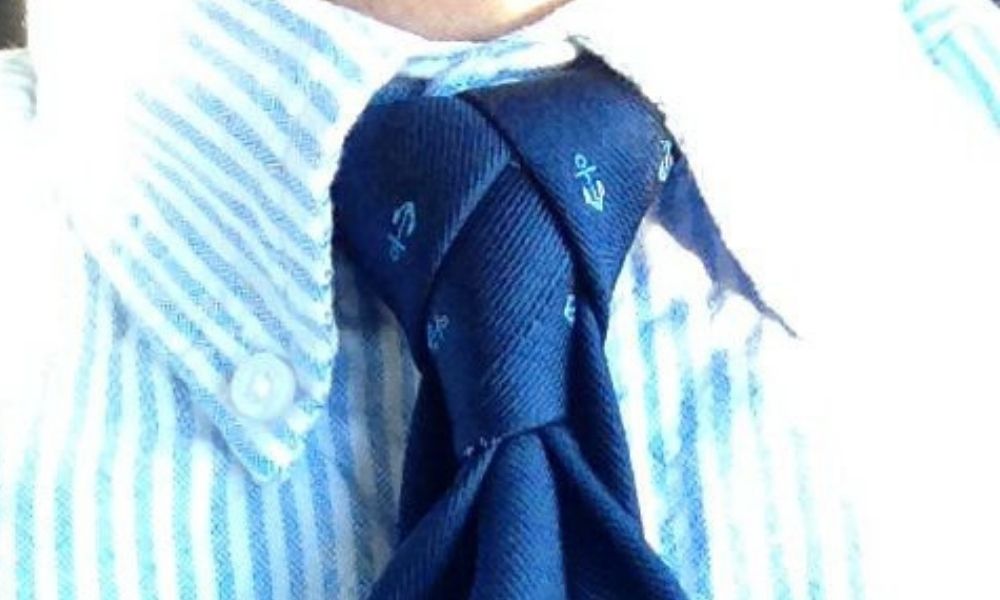 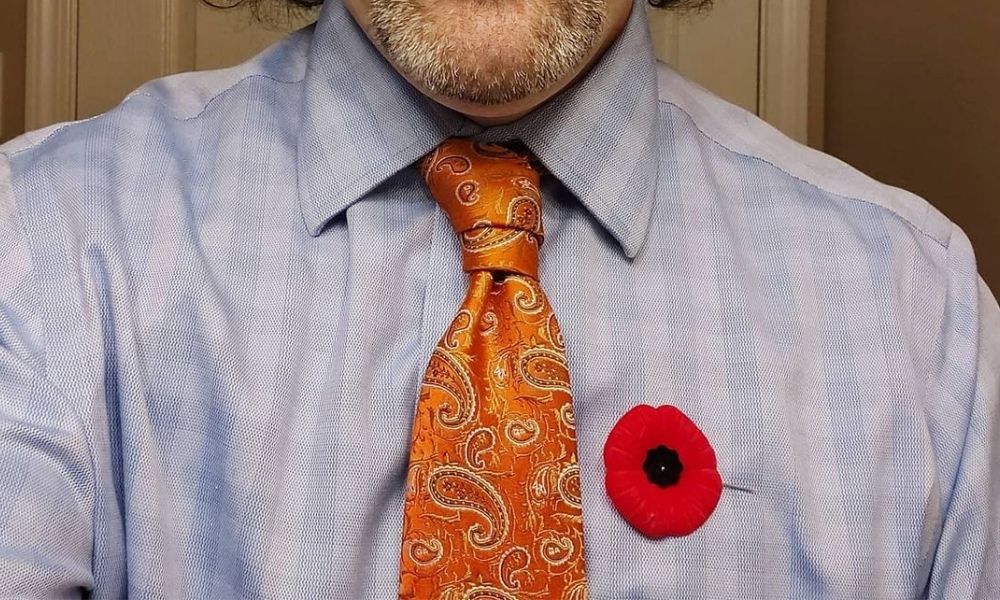 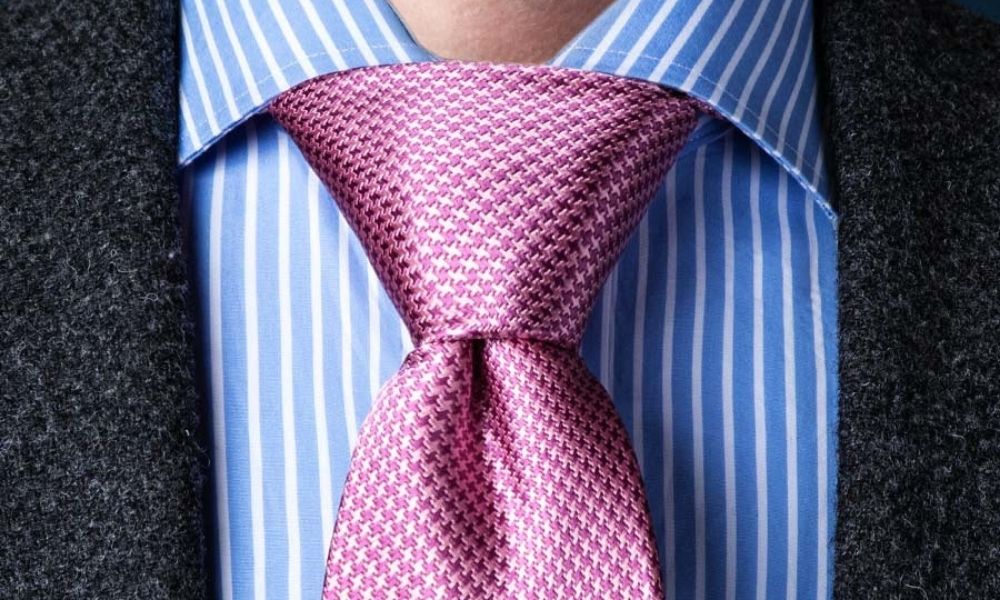 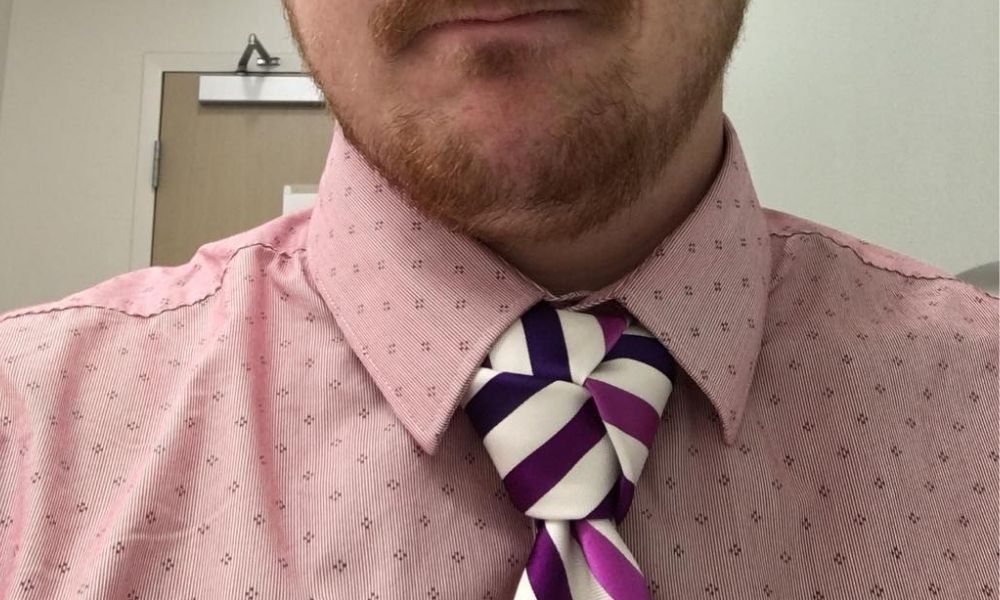 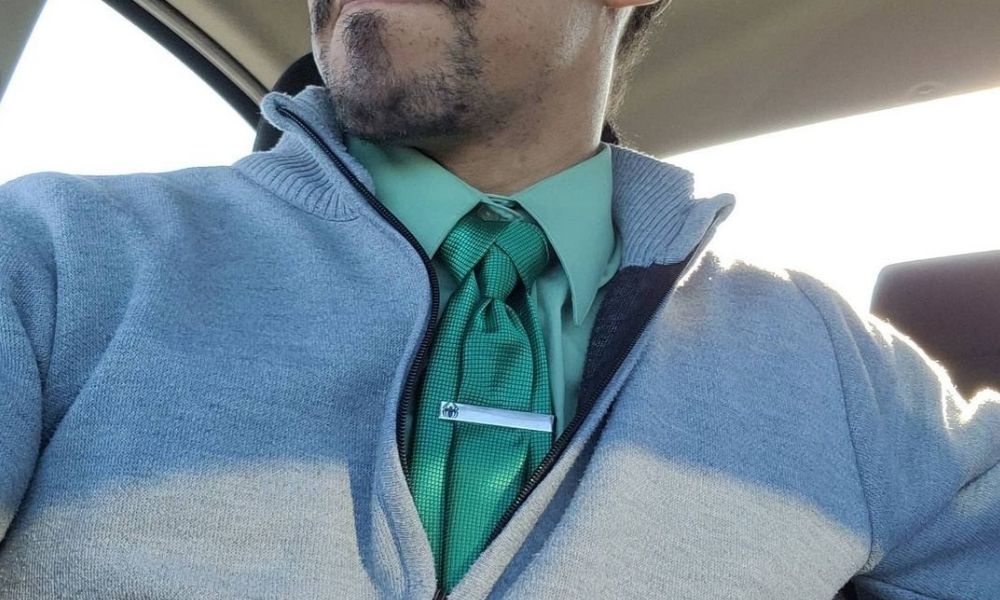 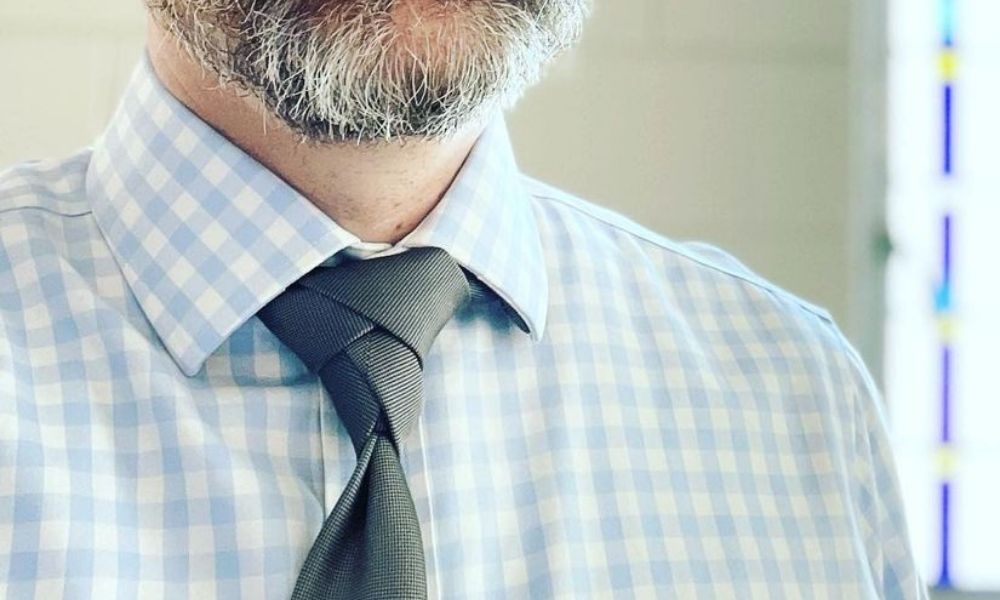 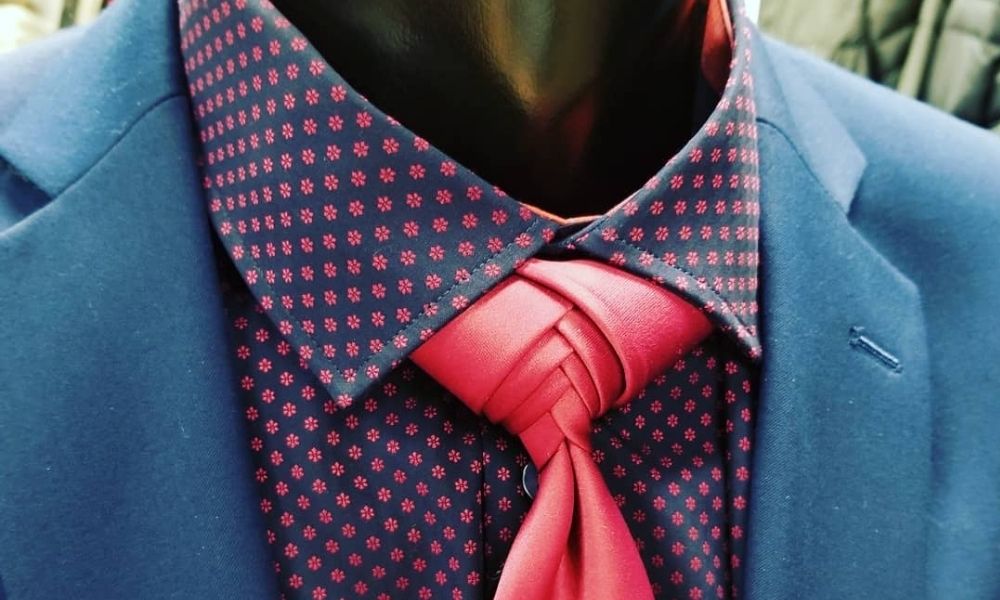 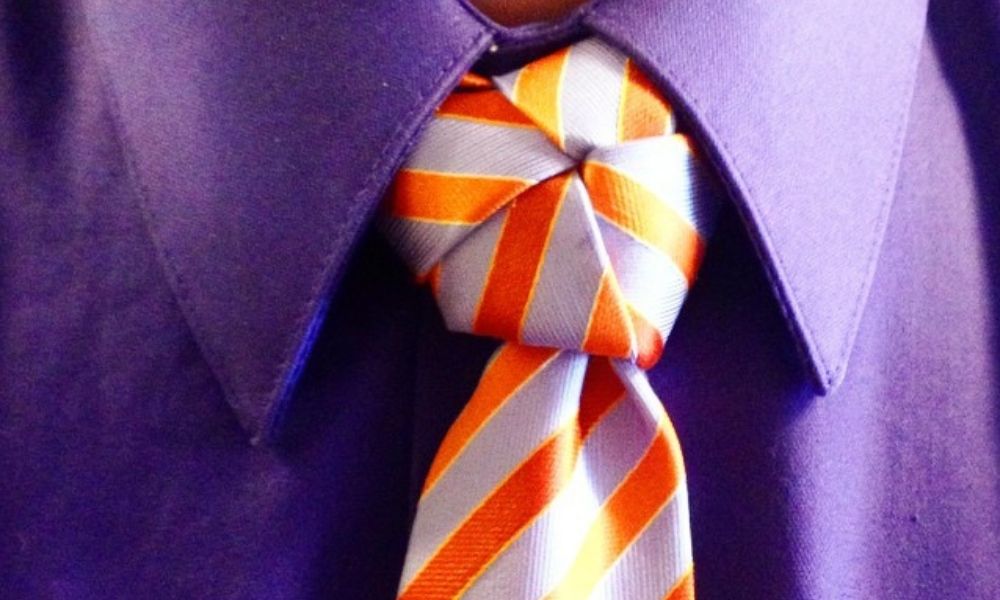 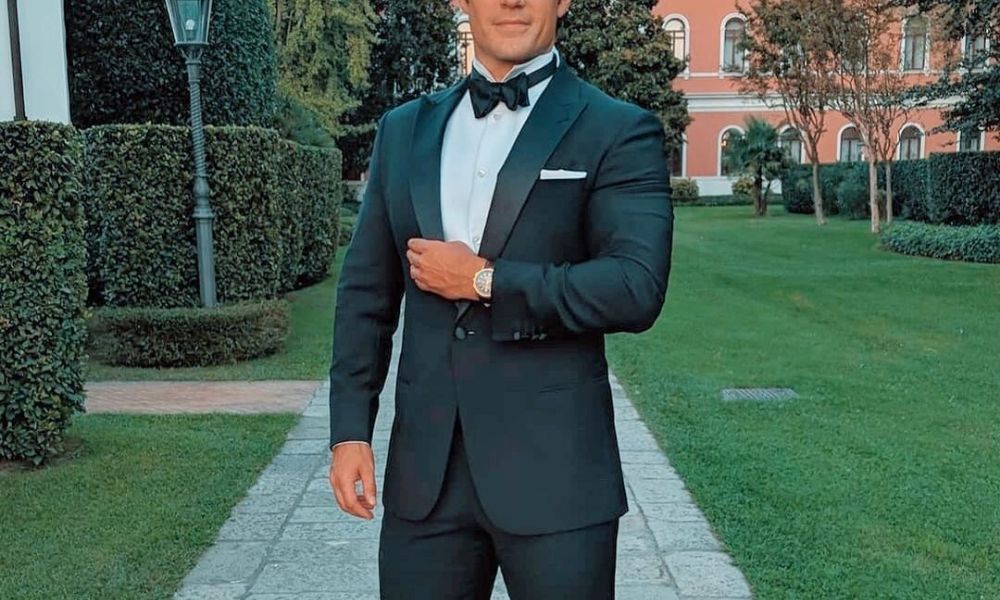 It’s a sad truth that most guys will never mix up the type of tie knot their wear. And it’s understandable, like so many things it can become automatic. But let’s be real: how many types of tie knots do you actually know? Today, we present 13 types of tie knows to elevate your thinking about personal style.

Over time ties have helped men show class, individuality, and even power. Even with the growing popularity of athleisure wear among guys, a suit and tie remain an evergreen way of looking sharp, stepping out in cool confidence.

You can wear a tie in a variety of designs besides the classic Four In Hand knot–yes it’s true! But getting your alternative design can be a daunting task. Don’t worry though, in this guide, we outline an exhaustive list of tie knots to try out.

Here’s a list of various types of knots to help you make a memorable first impression wherever you go. Using this simple guide, you can experiment with new knots to inject some freshness into your usual formal suit outfit.

These are the elementary tie knots for anyone learning to tie the knot (no pun intended).

This is the simplest tie knot, and a true classic. And because it’s so easy to tie, it’s a great place to start if you’re rusty on tie knots in general.

The Four In Hand is one of the oldest knots, thought to be an invention of British horsemen. The used the knot to tie scarves as they restrained four horses using reins in their free hand. Hence, “Four In Hand”.

Once you know how to make this tie knot, we encourage you to be experimental and explore other knots.

Since this is the most basic method to make a tie knot, we’ll give a step-by-step guide:

This knot doesn’t require a particularly long necktie. Therefore, it’s one of the ideal tie knots for tall men who’d like to tie a standard length tie.

This is an excellent tie knot for less thick ties and of medium width.

The Half Windsor Knot is another elementary tie knot, but more advanced than the Four In Hand Knot. Stylistically, it is quite popular because of its versatility. Half Windsor ties come out as classic and laid-back, making it suitable for business or smart casual wear.

This knot uses less of a tie’s overall length. For that reason, tall and large-bodied men prefer Half Windsors to tie a standard length tie.

The Full Windsor Knot is also known as the Double Windsor or simply as the Windsor Knot. It’s a classic tie knot, though not as trendy. (Maybe because it takes more skill to tie compared to the simpler Four In Hand or Half Windsor!)

A Full Windsor is bulky enough to fill out a collar, producing a huge triangular knot that’s proportionate. Small wool ties make the best impression, while silk ties tend to be overly bulky tied in this knot. It’s going to look nice on you if you have a large neck. Full Windsors are also great for shirts with widespread collars.

For you to hack the Full Windsor Knot, you must have a long necktie that can accommodate the extra wrappings. A tie measuring at least 61 inches will do the trick for tall men.

Here come the tie knots with a twist. You’ll need a little more skill to tie them, and a dash of boldness to work them into and elevate your style.

For some of these styles, the tie you have will determine how well the knot will appear. For example, the tie’s patterns, its length, and even the thickness can allow or bar you from venturing into some knots.

The name creates the impression that this knot had something to do with Prince Albert. However, we do not seem to have any indication that Prince Albert wore his tie in this knot. Nonetheless, this tie style carries a distinguished air when executed properly.

This design yields a rather bulky knot compared to the Four In Hand. But, you can make a more slender and refined knot by adjusting it tightly enough as you tie the knot.

The Prince Albert Knot can be worn to casual business events and social gatherings.

The Café Knot is a ridiculously difficult knot to tie, but impressive if you’re smooth enough to hack it.

It was a trending style among café-goers early in the 20th Century, signifying how skilled one was at knot-tying. While no walk in the park, the result is stunning, with great symmetry and layering. The Café Knot accessorizes well with your casual suit during social gatherings.

A creatively designed knot was invented by an artist, Lisa van Wijk. It’s an adaption from the Prince Albert Knot that debuted much earlier, adding a visual twist with three loops for an amazing cascading effect. This makes the Van Wijk Knot one of the tallest wearable tie knots available.

This is a classic knot that’s been with us for a century. Can you believe that?

The Pratt Knot has an interesting history. There’s the notion that it was invented by an ex-US Chamber of Commerce employee by the name Jerry Pratt. Mr. Pratt fixed a news anchor’s tie with this knot. Going on TV immediately popularized the style.

Don Shelby was the name of that news anchor, which is why sometimes it’s referred to as Pratt-Shelby knot, acknowledging his key role in publicizing its use. That new knot became a permanent fixture of the broadcast. But the story of this knot goes further back to the 1920s when tailors in Milan used it on mannequins. That’s why you’ll also find it also referred to as the “Milanese knot.”

The Pratt Knot is one of those ties that perfectly balances stylistic versatility with easy of tying. Consider it a fusion of the Four In Hand and the Half Windsor. It exudes style and is suited for formal, casual wear, and anything in between.

Since it fits a wide variety of occasions, it can save you time as you don’t need to switch ties between functions. It’s a versatile workhorse, going well with a button-down shirt or one with narrow point collars, since the knot is not so bulky. You can further style it with the right silk patterned tie, since it uses less fabric compared to the Full Windsor knot.

Out of all the fancy but not-too-crazy tie knots, experiment with this versatile and elegant style. Then sit back and soak in the compliments.

Kudos to you if you can manage the Trinity Knot; this one is definitely not for the faint-hearted. The Trinity is a superb knot that leaves all her admirers awe-struck with its visually impressive design.

The Trinity Knot is a contemporary invention that bears similarity to the Celtic Triquetra knot. It has an asymmetrical formation and produces a more rounded knot, which is much larger than the Full Windsor knot.

To make this knot, you begin with the narrow end. The early touches are gentle and lead to the formation of knots that are tied loosely but get gradually tightened towards the end. We repeat: It is complicated, so don’t get discouraged if you have to try a few times.

The Merovingian Knot was popularized by the character by the same name in The Matrix, although it’s much older. It was initially known as the Ediety Knot, and is thought to have originated in the 1920s. It’s easy to see the art-deco influence!

Its beauty lies in the phenomenon of your big tie appearing to be wearing a smaller tie. A delightful concept and sight to behold; you can spice it up by using a striped tie resulting in fascinating patterns.

Since the knot has a striking appearance, it is best worn to casual social events. Just keep in mind, cracking this knot is no mean feat. You must be ready to practice before you can wear it out.

The Eldredge Knot is a work of art; pulling off this one takes much practice. However, the finished product is worth all the effort.

This tie knot was brought about by Jeffrey Eldredge, who got bored wearing the same old Four In Hand knot to work. He drew inspiration from the Ediety knot to create his own.

It culminates in an asymmetrical combination of a horizontal strip and four diagonally oriented strips systematically stacked one over the other. The unorthodox shape of the Eldredge Knot makes it an excellent casual wear pick. Flash it at a social event and watch its sensational allure. When wearing such a knot, go for a tie and outfit that are simple and subdued.

The knot fits well on a widespread collar. It also works well with solid colors and if the tie dorns patterns, they should be muted. Too much detail on the tie will ruin it, as it’ll appear too busy, unbalanced, and distracting.

You could try out this exaggeratedly complex knot if you’re keen to impress at a social function.

The Fishbone Knot is an elaborate knot that’s multi-layered with some resemblance to Eldredge Knot. The knot looks like a fishbone, hence its name.

Although it appears complicated, it’s made up of a series of repetitive steps that if you can get a hang of, you’ll be home and dry every time. It’s a fascinating knot that has matchless symmetry and hits home with a striking impression.

Since this is a large knot, you require a long tie to hack it. It’s fitting to wear for casual social occasions where you won’t mind standing out with this conversation-starter.

A well-done Truelove Knot looks like a heart, with four quadrants to distinguish it from the rest of the tie knots. You can consider going out with this tie knot for a romantic dinner. How cool is that?

But I must warn you, it takes practice to perfect a Truelove Knot, otherwise it’ll present a visual mess rather than something more suave. Once you’ve done your homework, though, you can even try it on a striped tie to bring out interesting geometric patterns.

A fine bow tie can so flatteringly elevate your shirt and suit, creating around you an air of nobility. The real work lies in pulling it off elegantly, though. A bow tie plays in a different league than most other tie knots, and certainly is visually distinct. But should you get it wrong in the styling, then your high fashion speedily mutates into a laughing stock.

A good bow tie is perfect for semi-formal wear. Distinguish yourself by grabbing one with a pattern, or go more conservative with a solid color.

When it comes to purchasing a bow tie, do not compromise on quality. By all means, avoid the temptation to purchase pre-tied fakes.

There you have it, 13 tie knots in total. With these different ways of wearing your tie, the monotony of recycling the only knot tie you know till kingdom comes is now behind us. You can now experiment with these new ways of putting on a tie to stand out of the crowd.

What’s your favorite tie knot out of the ones we’ve listed? Is there another design you use to wear your ties that we missed? Share your thoughts in the comments section below.