20 Life Memes That Will Change Everything in a Few Seconds

We’re busy people who have to be on our hustle from the moment our feet hit the floor until our head hits the pillow. We’ve got work to do, family to ignore, Game of Thrones episodes to watch, and that’s before we even get into our DVR backlog. Then we have to do some killing in Overwatch, write a 40 paragraph tirade on Amazon about the movie “Teen Witch,” and stuff down some egg McMuffins while mainlining Diet Dr. Pepper. There just isn’t time to be philosophical between cat videos. The best we can do is whatever fortune cookie wisdom we’re able to retweet.

To save you even more time, we’ve wrangled together 20 life memes to help you get all the bite-sized wisdom you can handle. They’ll rock your world in scant seconds.

The only way to make sense out of change is to plunge into it, move with it, and join the dance

Here, Zen teacher and metaphysical weirdo Alan Watts lays it out for us: Change is going to happen. The trick isn’t to making the changes stop, it’s in learning to play with reality and join in the fun. You can’t stop the train, but if you’re savvy, you’ll learn to ride it and enjoy the view.

At any given moment you have the power to say: this is not how the story is going to end

Offering up hope not only for those who might be thinking about suicide, but anyone who feels like they’ve hit a wall, Christine tells us to flip the script and restart our day, week, month, or life, by altering the page and telling a new tale. As long as you’re living, you can find another path and rewrite the end.

You change your life by changing your heart

While the world outside will inevitably change, you can’t see it any differently if you don’t also shift. Expanding on the notion Watts presents, Max Lucado tells us that even when every single day seems the same, everything can be turned on its head if we just swing our insides in a different direction.

Les Brown might not have a swoosh under his name or be trying to force you to buy overpriced shoes made overseas, but the sentiment is the same: You just have to do it. Everyone’s a beginner at some point, so don’t worry if you fail. Start, try, and strive…it’s the only path to greatness, unless you were born with a silver spoon or a sexy body. Then people believe you’re great when you aren’t.

When life gives you lemons grab the tequila & salt

The same way the sourest grapes can make the most amazing wines, so too can tough times have their place when paired with the right amount of booze. For those that don’t drink, it’s an example of how everything has a purpose, you just need to find it.

Most of us work jobs we hate just to buy things we don’t need to impress people we don’t like – at least according to Fight Club paraphrasing. There’s a whole lot more than getting by and keeping the creditors at bay, if you learn to simplify and stay out of debt. Live well within your means and you’ll be able to live much well-er.

A treatise on modern society, most of us have to put on a set of masks each day just to face the world. We hide our suffering, even though almost all of us suffer in the same way. That facade of joy could be killing us, and we can be amazed what happens when we let it drop.

Once we have Agency & Dignity about the way we’re living our lives and we understand our role, that is when we can move together to make sure our species has a healthy place to live

A simple statement about mobilizing as a species to help protect the place we all call home. When we see how powerful we are and shake off the shackles of helplessness, we can attain greatness for all and make every life, every day, and every piece of our world better in every way.

Don’t wait until you’re not scared to do the thing you want to do. Do it scared

Being given the courage to change anything doesn’t mean you’ll be fearless, it means you’ll have just enough strength to survive the experience. There’s no guarantees, and if you don’t try, you can’t succeed. Fear can be a disability more real and more powerful than any physical ailment. Don’t let it cripple you.

Attention is the rarest and purest form of generosity

In order to be generous, you don’t need riches to give away, organs to donate, or to open your home to every wayward soul. All you need to do is give the one thing you always have: Your attention. Being heard and understood is something almost every human craves. In trying to do that, you are giving the gift of your time, which is the one thing you can’t get more of.

Aggressive, but in the digital age of misinformation, the message here is important: Admit what you don’t know and avoid spreading lies, rumors, or toxic half-truths. Speak your own truth and leave the rest alone. We are all ignorant, we simply don’t all admit to it.

Honesty is a very expensive gift, don’t expect it from cheap people

Warren Buffett knows the price of a dollar, and the cost of being completely forthright. No matter how wealthy a person is, or how prestigious their position seems, if they are telling lies, they are a cheap person who doesn’t value you enough to tell you the truth. Ignore them and let them disappear.

I think I’m speaking for a bunch of girls when I say that the idea that feminism is completely natural and shouldn’t even be something that I’d assumed was natural for a long time. It’s not some crazy kind of alien concept to me.

A stunning example of how far human beings have come in the last hundred years, a young girl like Lorde shows the distance we’ve come toward attaining real equality among the genders. Gradually we are moving forever toward equal rights for all people, such that it becomes as ordinary as breathing.

Do not wait for leaders; do it alone, person to person

Apathy is one of the blights that affects humankind, and complacency can lead to destruction as surely as putting match to tinder. We don’t need to be part of an immense movement, just a single person reaching out to another, offering what we can and thus becoming the leader our lives require.

Science is unique in that it happily changes as new evidence becomes available. As people, we need to be as flexible, otherwise we close our minds and our hearts to newer, better experiences, condemning us to live in darkness and foolishness, rather than walk in the sunlight of discovery.

There is nothing which I dread so much as a division of the republic into two great parties, each arranged under its leader, and concerting [organizing] measures in opposition to each other. This, in my humble opinion, is to be dreaded as the greatest political evil under our constitution.

A poignant lesson for every industrialized nation that bears a two-party system: Even many of the founding fathers hated the idea. Voting a straight ticket without making up our own minds turns us into blind followers. We should never give up our free will and freedom to think by following a pack. Our countries cannot stand so divided.

A challenge to anyone who has become exploited by those who are handed the world on a platter: Stand up for yourself and stop being a slave to the few that hold you down. Whether it’s economics, social status, or simply the cruel exploiting us, we should not make our oppression easy on our oppressors.

Good advice: Quit when you must. There’s a time to strive and a time to give up. Know when to surrender because the battle is lost. Respect your needs and ignore those who would shame you for deciding to do what is best, even if it means admitting powerlessness. Being true to yourself means knowing when to say “stop.”

When a person tells you that you hurt them, you don’t get to decide that you didn’t

Accept the pain you have caused and learn from it. To do otherwise is denial or madness.

Chill, Homie. You need to let that shit go.

Happiness is often not what you have, but what you release. Let things go, and all can be well. Hold onto that which we cannot change and we poison our mind, waste our energy, and close ourselves off from that which we can alter. 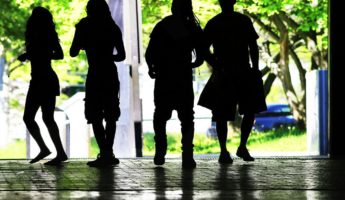 It’s Time To Arrive: How To Be Cool In 17 Simple Steps 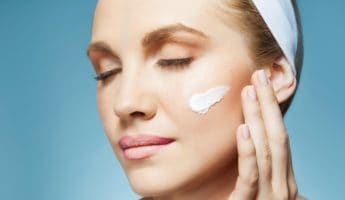