Anti Jokes: 55 Unfunny Jokes Guaranteed to Get a Laugh 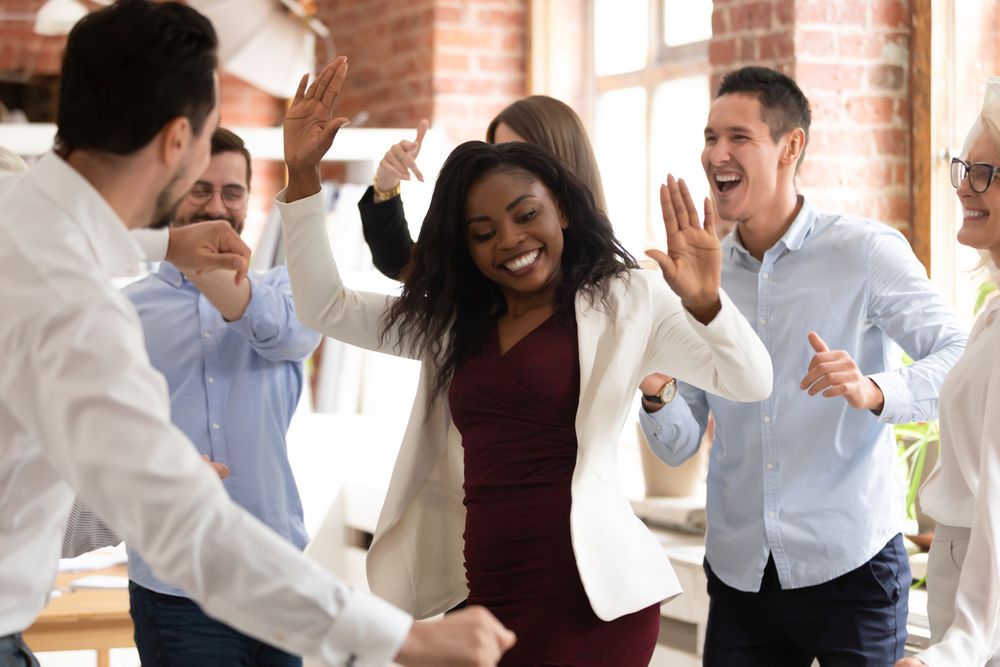 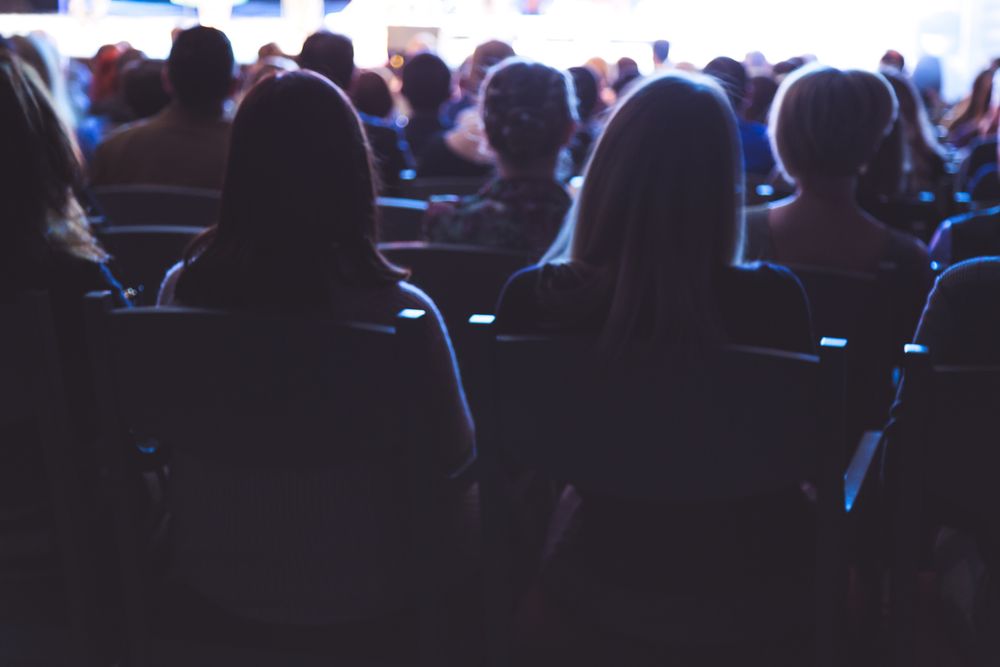 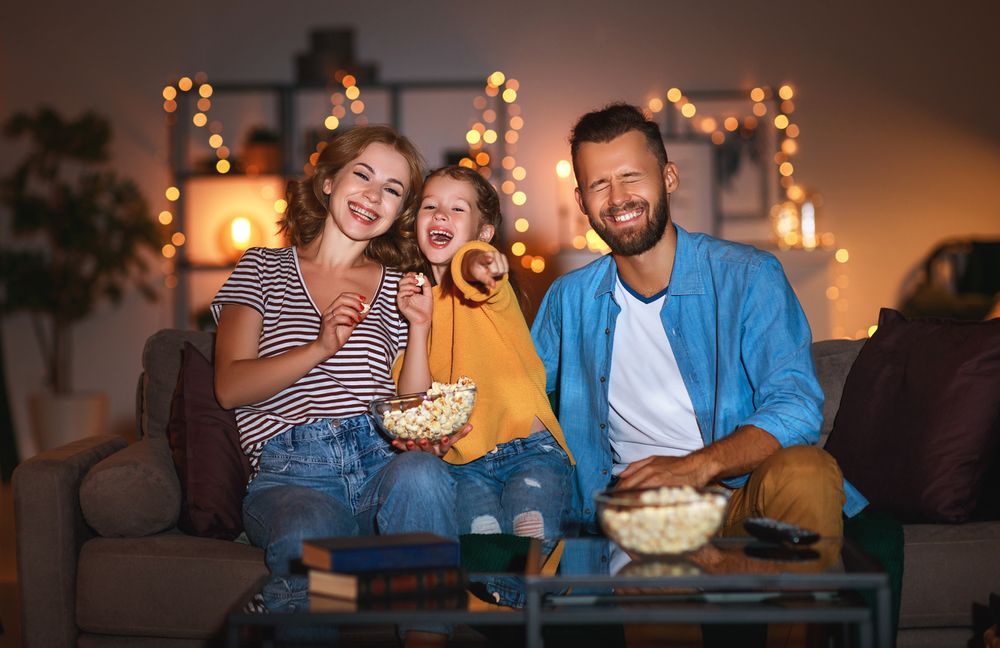 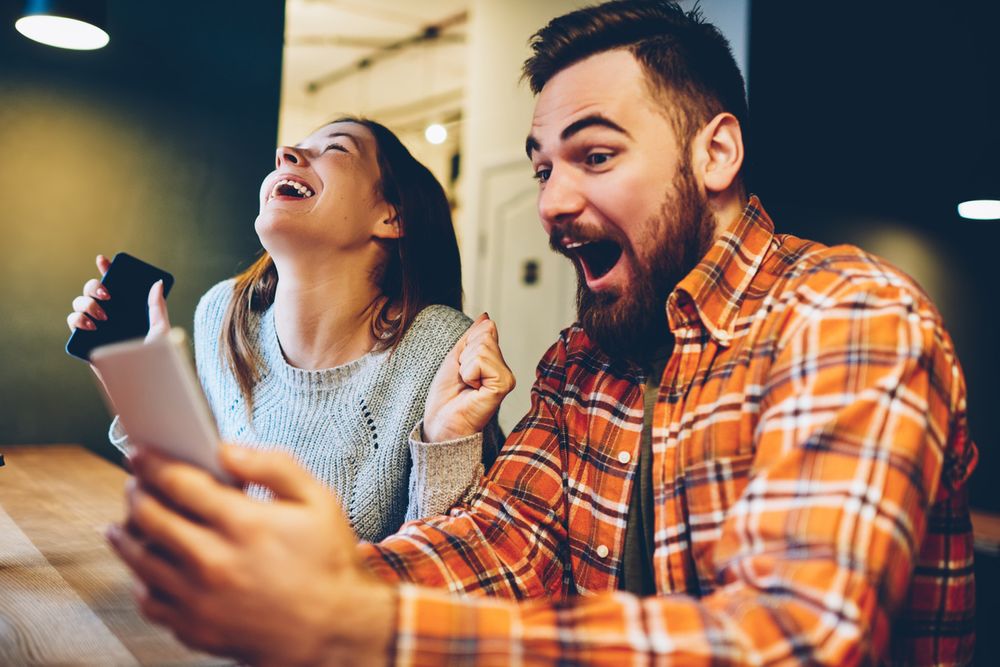 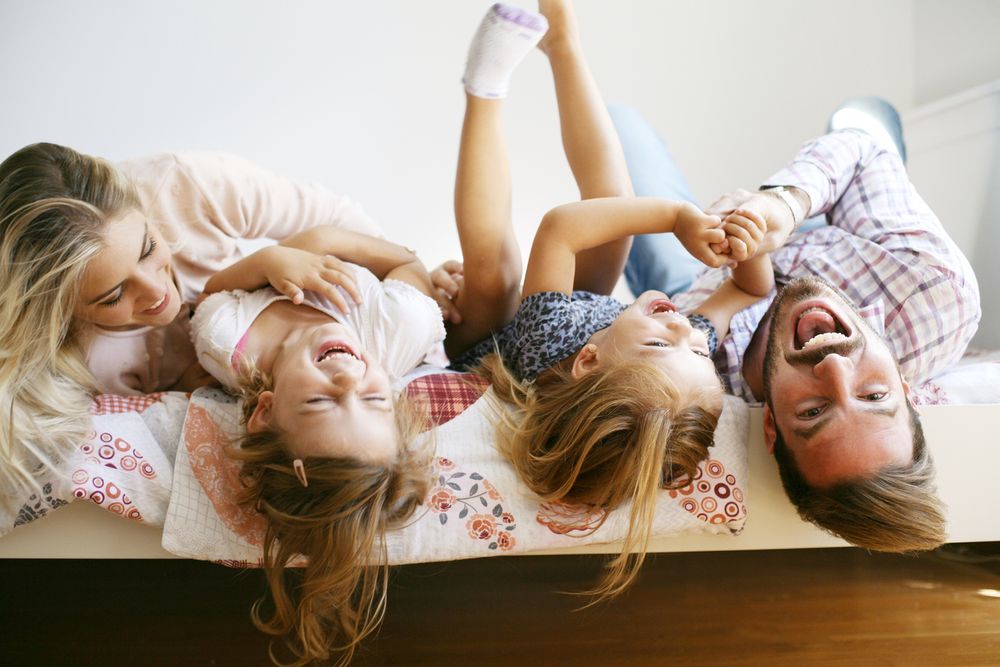 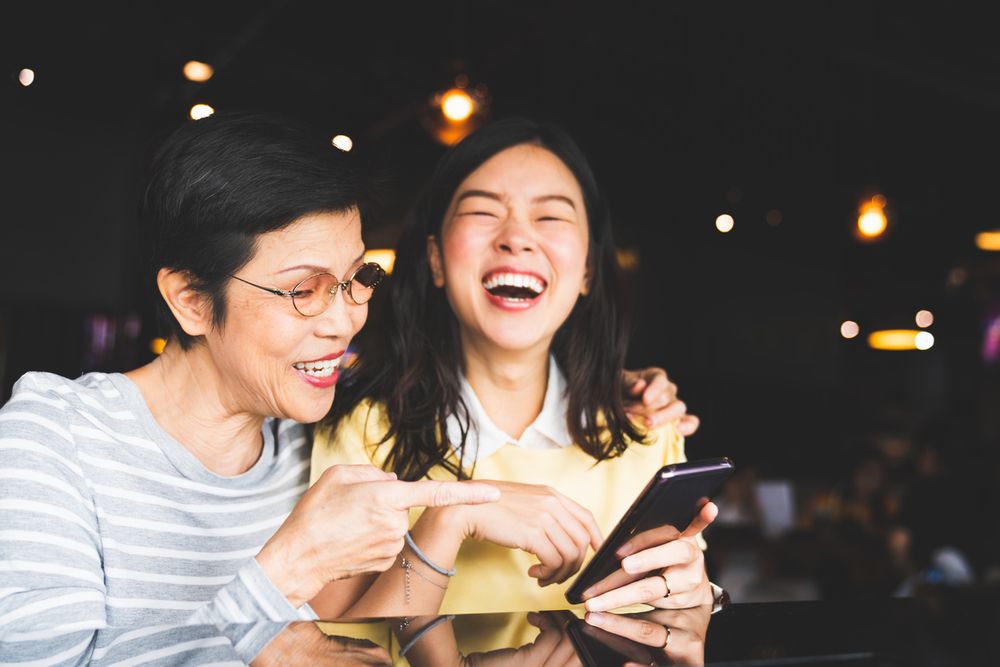 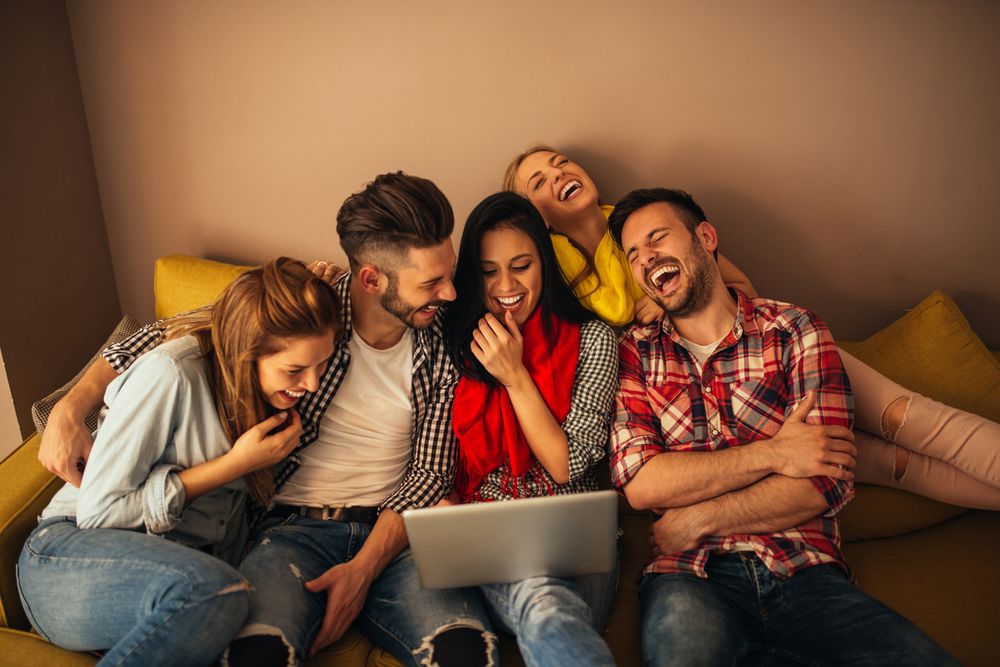 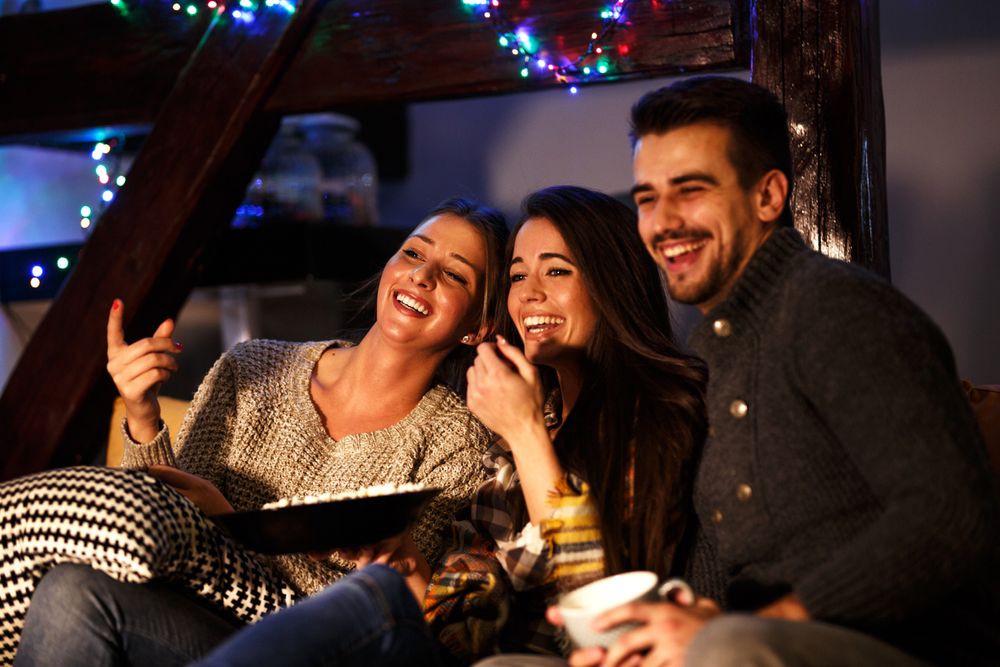 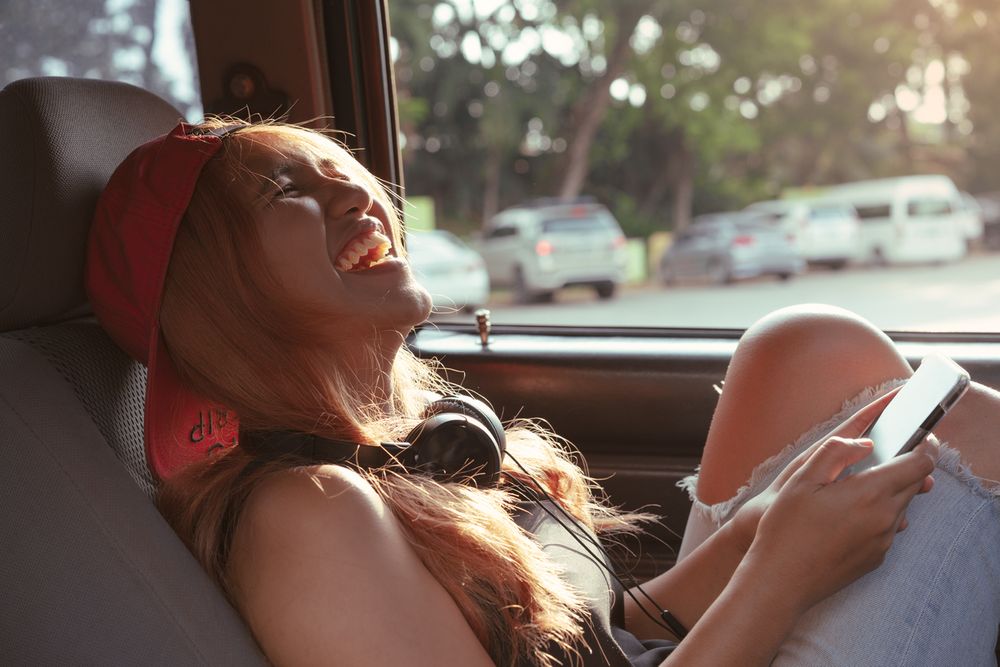 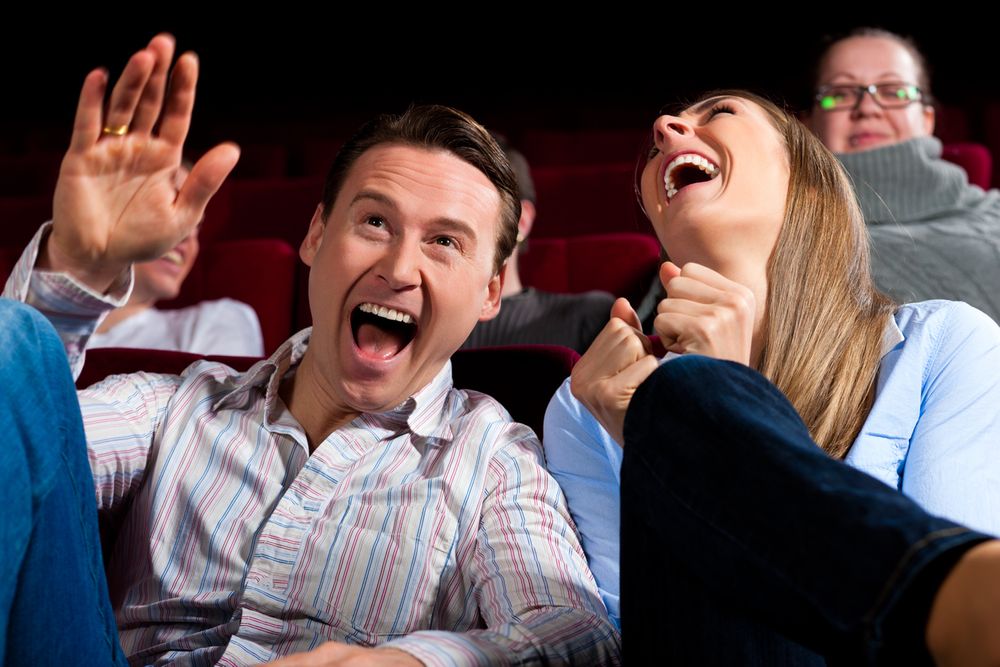 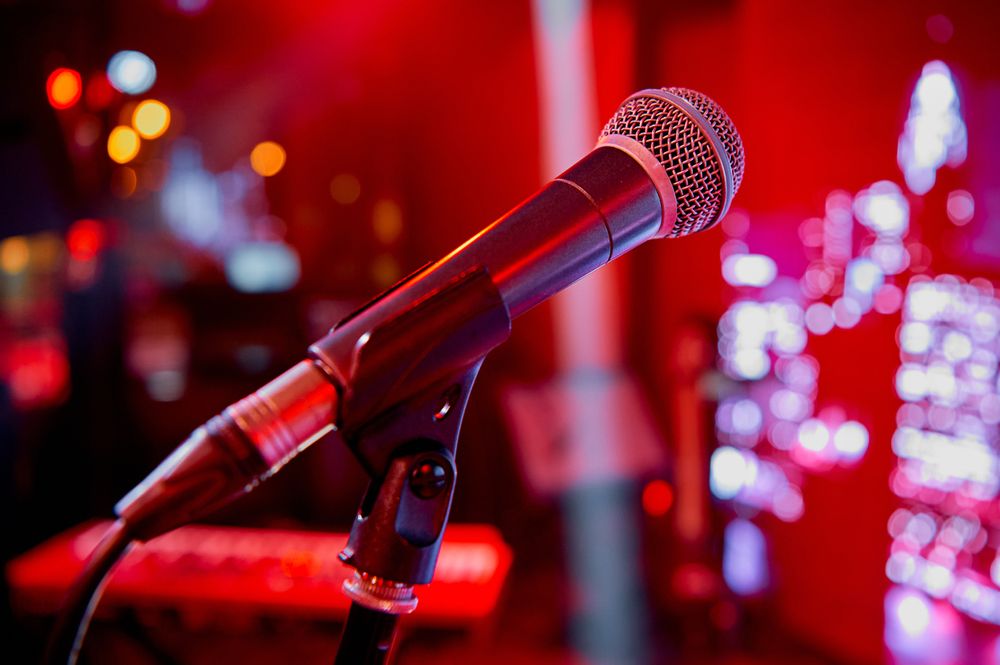 Comedy and ice cream are two of the best things in life. This is because they come in so many flavors; there is always going to be something that holds an appeal. Enter anti jokes. These are (often) short quips that are purposefully unfunny. However, as a result, they are purposefully hilarious. So let’s take a closer look at the world of anti humor.

When we talk about anti jokes, we’re not talking about your routine, run-of-the-mill dad jokes. Sure, they are one level of anti-joke, but this article is taking you to a whole new level of comedy where the groans of your audience will be the laughter that nourishes your comedic spirit.

What is an Anti Joke?

Before jumping into the (un)funny meat and bones of this post, let’s look at what anti jokes are.

You can think of anti humor as something akin to a comical tease. It is a verbal disappointment that cannot help but make you laugh with its banality. A joke that is told convincingly and sold with a setup like any other. However, when it is time to deliver the punchline, you come up with a line that is intentionally unfunny and mundane.

This combination, along with proper deadpan delivery, will have your audience in stitches.

So, with that in mind, grab your sides and hold on tight because we’re going to introduce you to some of the best anti jokes of all time!

The following collection of anti jokes are short, sharp, and cut directly to the point. They embody everything that is so wonderfully frustrating about this comedy form.

These would be great jokes to crack open on any occasion. They are simple and easy to remember. The only thing you need to keep in mind is that the unfunnier the joke, the more you need to work on your delivery and sell.

1. So, you’re looking for the best anti jokes? Here are some of my favorite ones…
Uno, Un, One, Een

2. A horse walks into a bar.
Several people get up and leave as they spot the potential danger of the situation.

3. What did the farmer say when he lost his tractor?
Where’s my tractor?

4. What do you call a fly with no wings?
A fly. The irony is unfortunate, but the name doesn’t change.

5. What did one German man say to the other?
I don’t know. I can’t speak German!

6. Why was six afraid of seven?
It wasn’t because numbers aren’t sentient, which means they aren’t capable of feeling fear.

A grasshopper walks into a bar.”The barman says, “Hey, we’ve got a drink named after you!”
The grasshopper says, “Really, you have a drink called Steve?”

8. What do you call a cheese that isn’t yours?
Stolen! Make sure you return it before the rightful owners prosecute you.

10. What is a pirate’s favorite letter?
They probably didn’t have one, as history points to the fact that most pirates were illiterate.

11. Laughter is the best medicine …
Not for me, I’ve got cancer.

An anti-joke can be a powerful tool to have in your comedic arsenal. Just remember, it is hard to build a full act around nothing but anti jokes. However, that doesn’t mean you need to abandon them completely. There is, as always, a middle ground.

With a little bit of practice, you can effortlessly work these unfunny jokes into your routine and have everybody crying with laughter.

12. What is the funniest of all anti jokes?
Definitely not this one.

13. What is red and extremely bad for your teeth?
A flying brick.

15. What do you call a carwash that won’t wash cars anymore?
Broken.

16. What do you call a talking turtle?
Fictional.

17. What do you call 100 lawyers at the bottom of the ocean?
A horrible boating accident.

18. What do you call a joke that isn’t funny?
A sentence.

20. What do you get if you eat too much ice cream?
A stomach ache and possibly diabetes.

21. If a tree falls in the forest and no one is around to hear it…
Then illegal logging company I invested in is paying off.

22. Why did the girl drop the crystal vase?
Because she tripped.

Unlike dark humor jokes, which are designed to be macabre and flirt with the boundaries of public acceptability, the anti-joke, however, is something you can break out in almost any situation.

The following collection of unfunny funny jokes are so good you will be adding them to your repertoire before you’ve finished reading this post. They are so groan-worthy they make a dad joke sound highbrow.

24. Why did the man say hi to the little girl?
Because he was being polite. His mother didn’t raise a man with no respect.

25. I bet I know what makes you laugh!
What then?
Your facial muscles!

26. What did one stranger say to the other?
Nothing, they were strangers!

27. What’s funny about five people in a Chevy Suburban driving off a cliff?
Nothing. They were my cousins.

28. Mary had a little lamb…
and the doctor fainted.

29. How is a laser beam similar to my pet ferret?
Neither of them can whistle!

30. I bought my wife a mood ring.
Found out if she’s in a good mood it turns green.
If she’s in a bad mood it leaves big red circles on my forehead.

31. My wife asked me if I thought she was wearing too much makeup.
I told her it depends on whether or not she was trying to kill Batman.

There are times when a traditional joke just doesn’t cut the mustard. For example, you might be out with a group of friends and everybody is firing off their best efforts. You need something special to bring the house down. A walk-off hit that leaves them speechless. Enter the unfunny!

The following collection of unfunny jokes are great for any occasion but especially handy when you’re enjoying a few after works drinks with colleagues.

34. How many Germans does it take to change a lightbulb?
One, they are very efficient people!

36. Why did the chicken cross the road?
Probably to lay an egg, or maybe eat some corn. Chickens lead pretty dull lives.

37. Having your own child is like living in a frat house — nobody sleeps, everything’s broken, and there’s a lot of throwing up.”

38. A scientific fact: If you laid all the veins in the human body end to end…
that person would be dead.

39. Why are there no aspirin in the jungle?
Well, it wouldn’t be financially viable to sell pharmaceuticals somewhere in a largely unpopulated as the jungle.

41. What did one French guy say to another French guy?
Wow, my name is also Guy.

42. A horse walks into a bar.
The bartender says, “why the long face?”
The horse, who is in no mood for conversation, promptly turns around and leaves without a word.
The bar manager watches the entire incident unfold and calls the bartender into his office to have a frank and unpleasant discussion about the bartender’s future employment at the establishment.

44. What’s the easiest way to confuse someone?
Paint yourself green and throw forks at them!

11 Examples of Why One Good Anti Joke Deserves Another

Jokes are stories. Not all stories are good – just check the Amazon Kindle store. Unfunny jokes are like self-published books. Dangerous in the wrong hands, however, they can be hidden treasures when you know what you’re looking for.

The final batch of unwitty anecdotes on life are perfect to close out for your set and stake your claim for the funniest unfunny guy around.

45. How do you tell a deaf person a joke?
I don’t know, I didn’t learn sign language.

46. What did one ant say to the other ant?
Nothing, ants communicate by pheromones, not speech.

47. Why did Sophie get sick after eating an ice cream cone?
She was lactose intolerant.

48. Why do the dinosaurs laugh at jokes?
Because they have a great sense of humor!

49. A priest, a rabbi and an Imam walk into a bar…
The bar tender is happy because it’s the most customers he’s had in a week.

50. Why did Katie break open her piggy bank?
Because she wanted to get her money.

51. What do you call a man with a shovel on his head?
An ambulance, he’s clearly injured.

52. It really isn’t that hard to collect trash.
You just pick it up as you go along.

54. What did one lawyer say to the other lawyer at the coffee machine?
Do you take milk and sugar?

55. What’s the one thing in this human life that you can count on?
A calculator.

Final Thoughts on the Best Anti Jokes Around

There you have it. Over a half-century of unfunny jokes guaranteed to leave your audience in stitches.

The best stories all start somewhere, and maybe this post is the start of yours. Were you already aware of anti humor before you read this? Did we get your favorite joke on the list? If not, drop us a comment, we love to laugh.

On the other hand, however, if this was your first introduction to anti jokes what did you make of it? Which of our quips tickled your fancy the most?

The comments are open, so don’t be shy.