A Smoking Jacket Guide for the Contemporary Gentleman 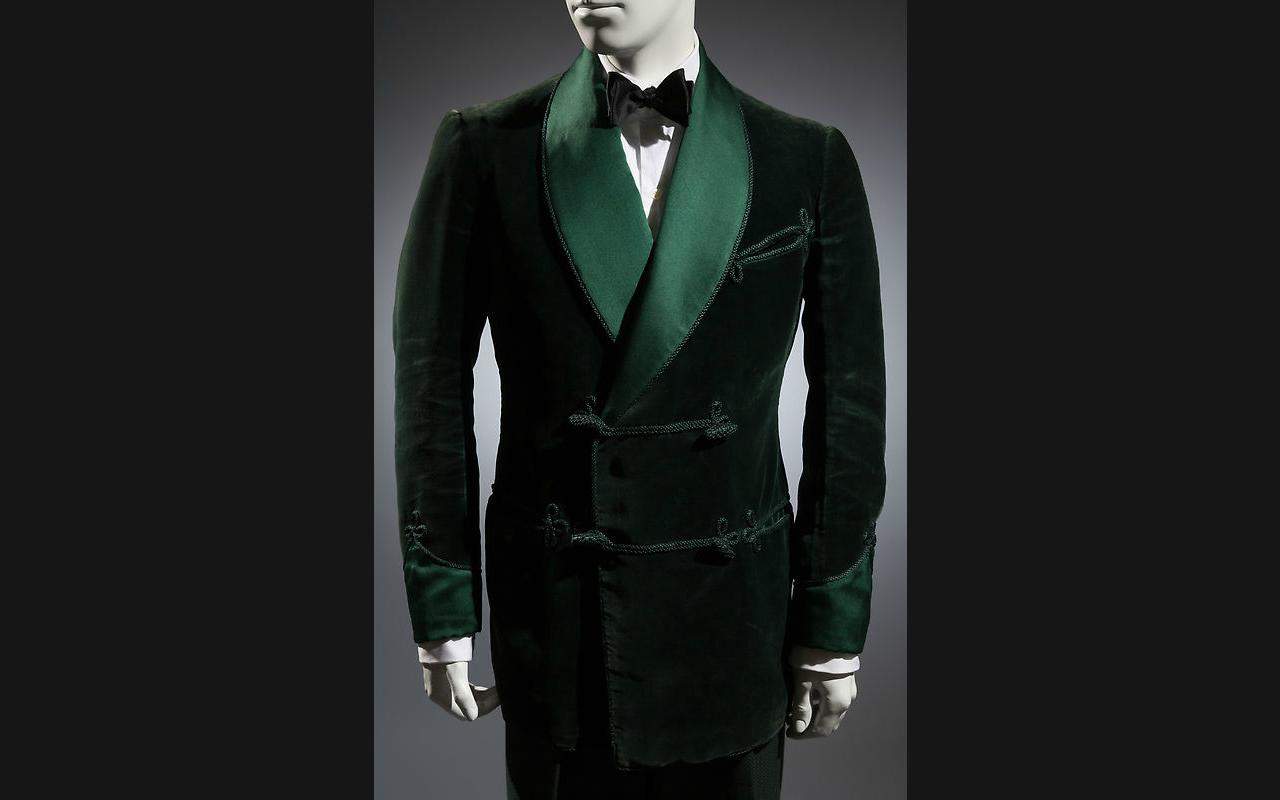 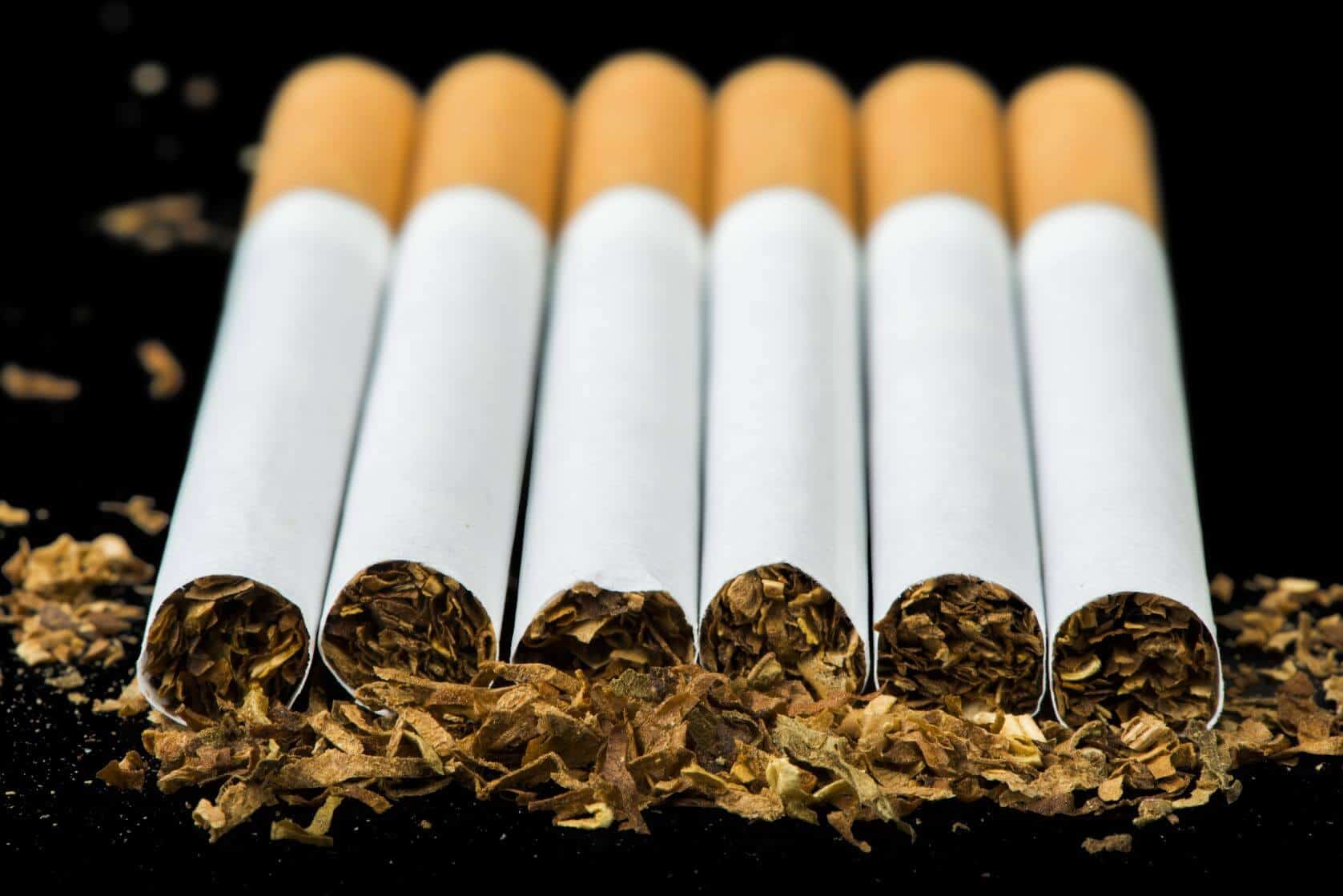 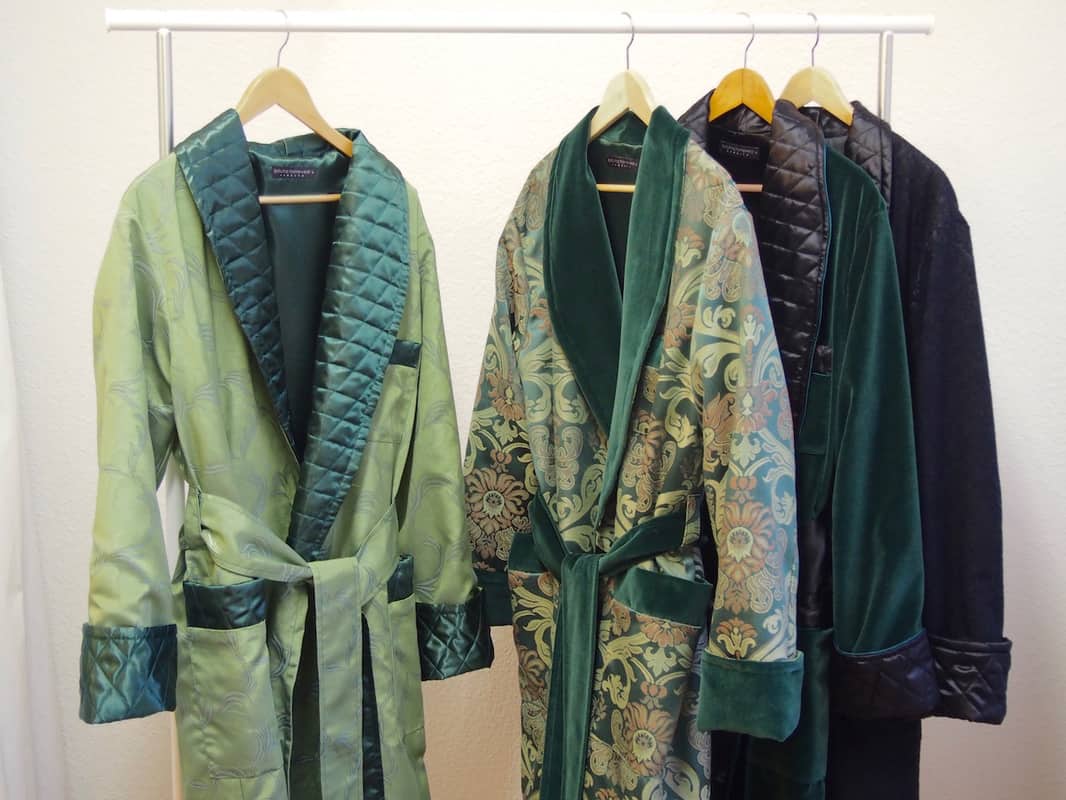 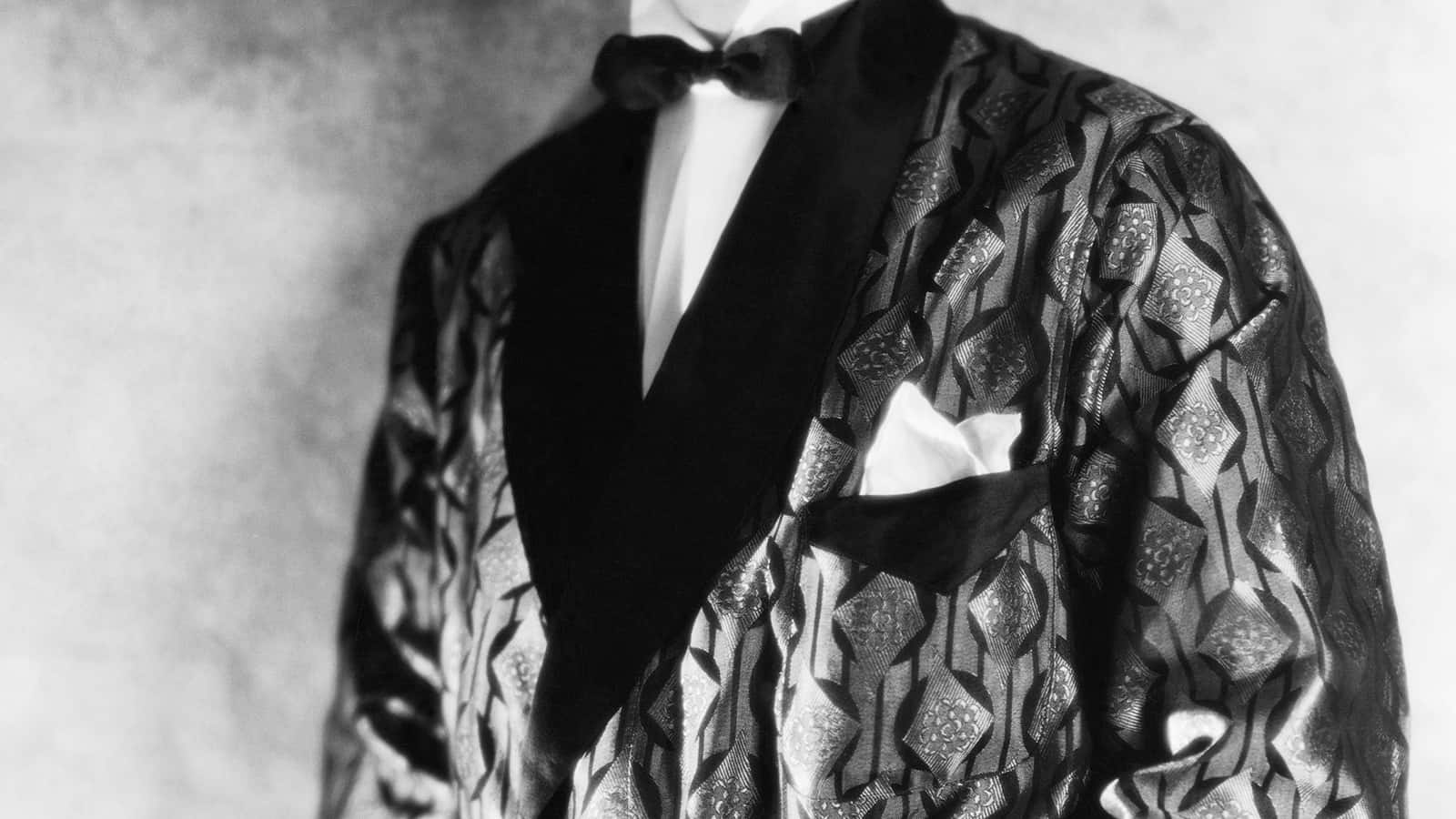 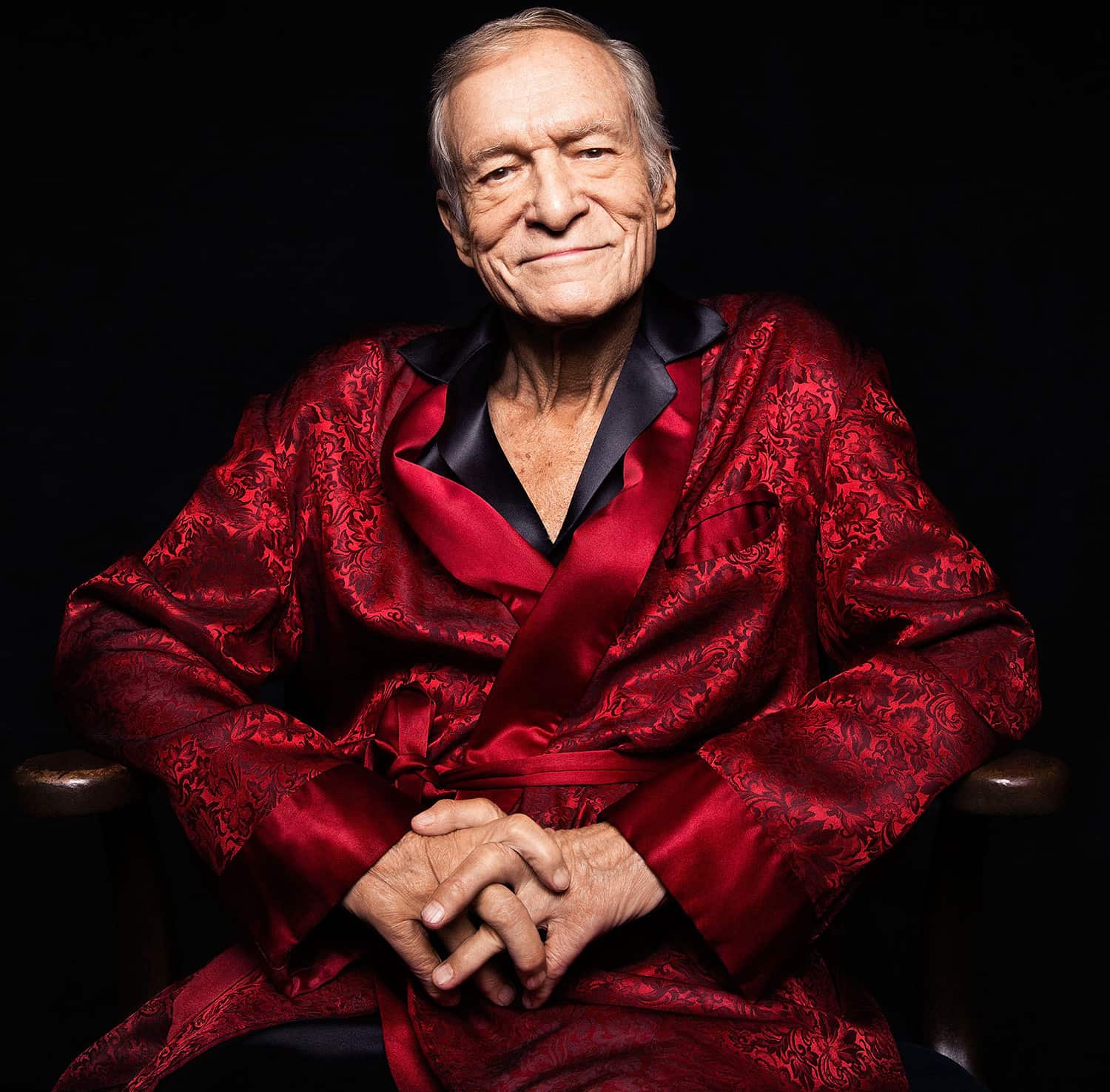 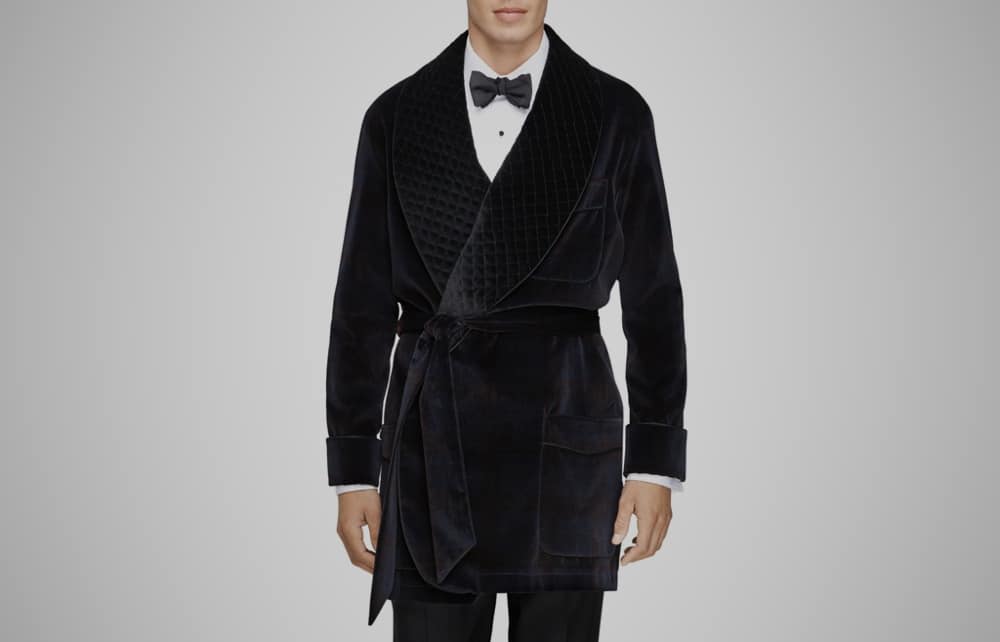 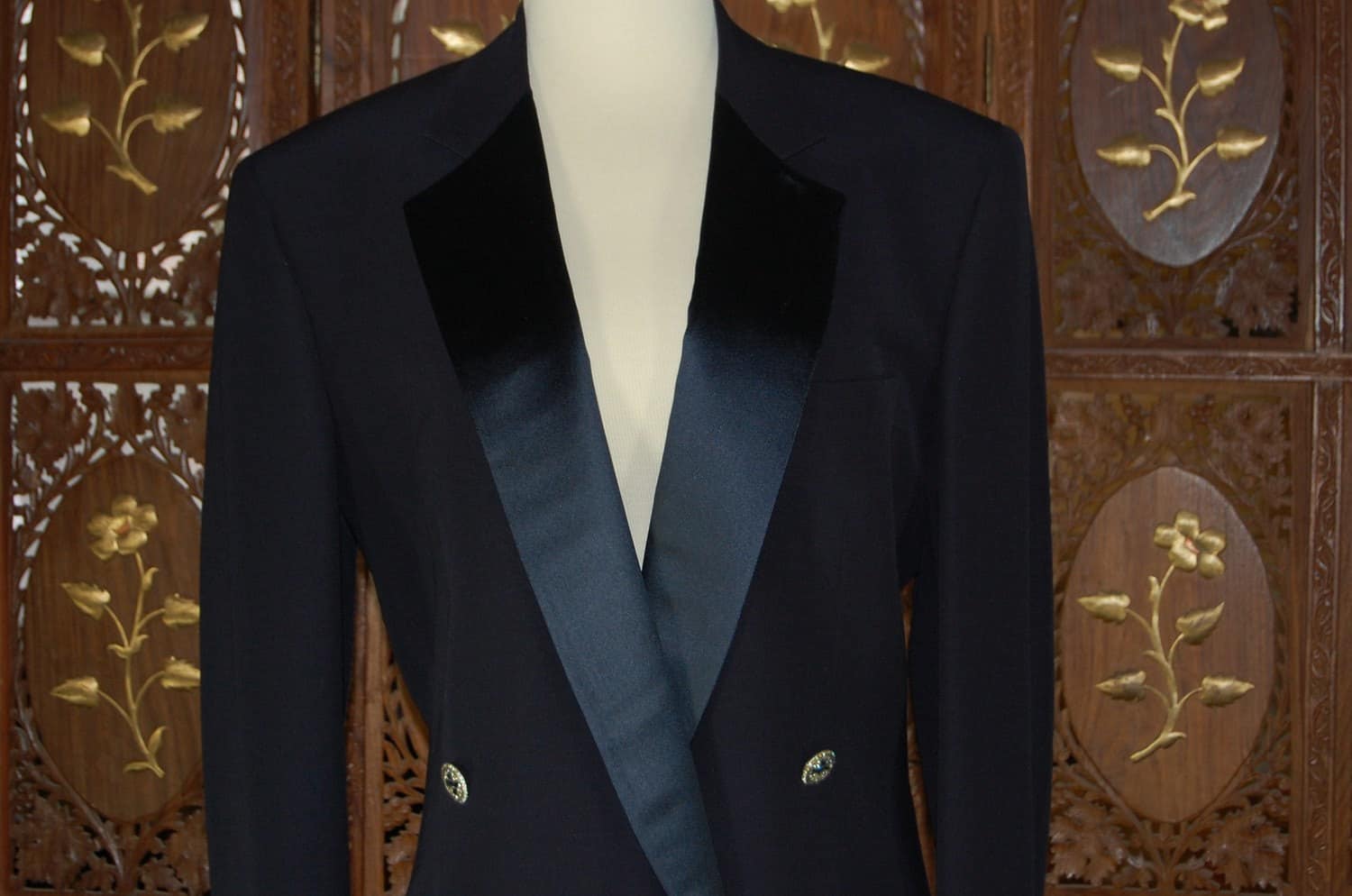 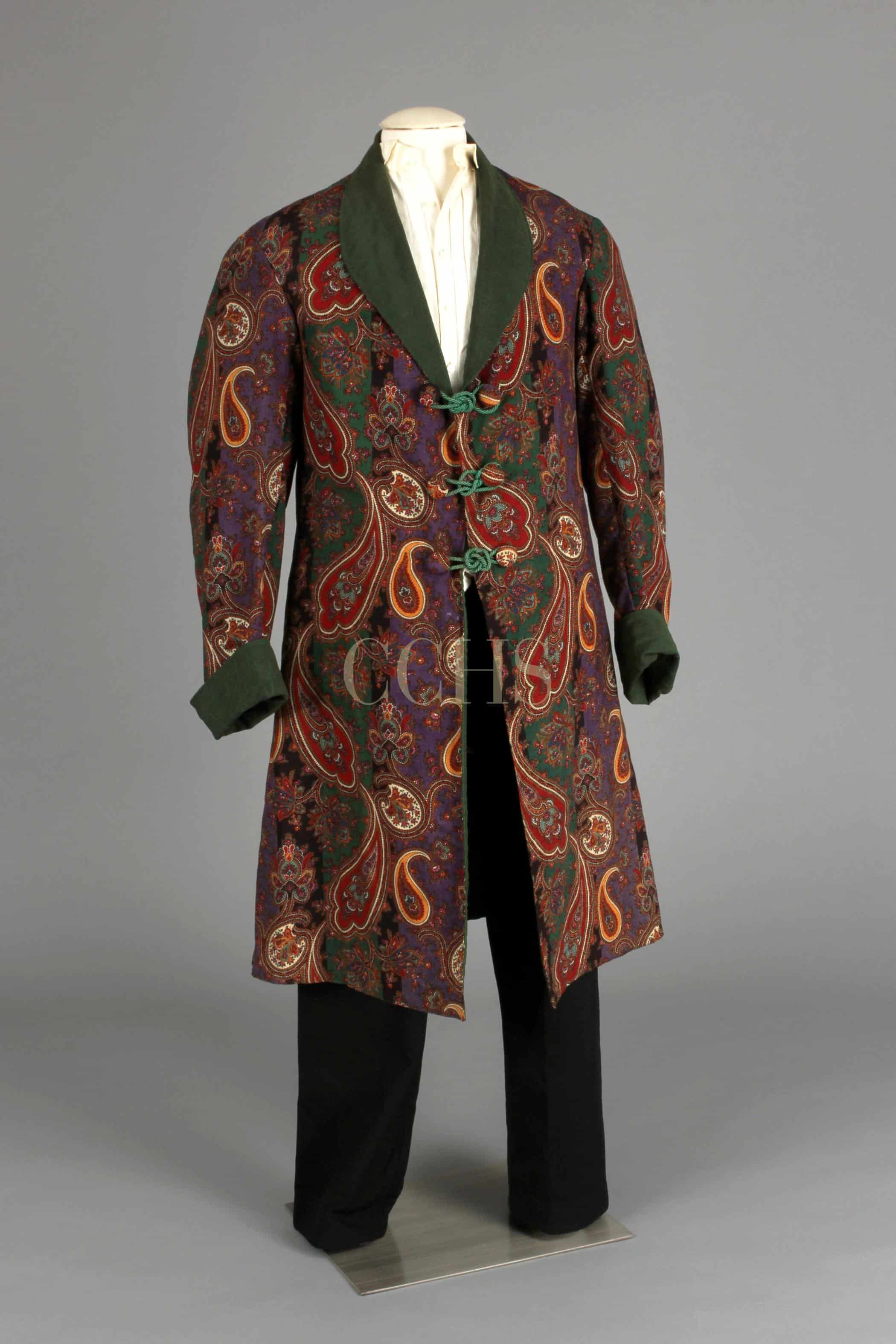 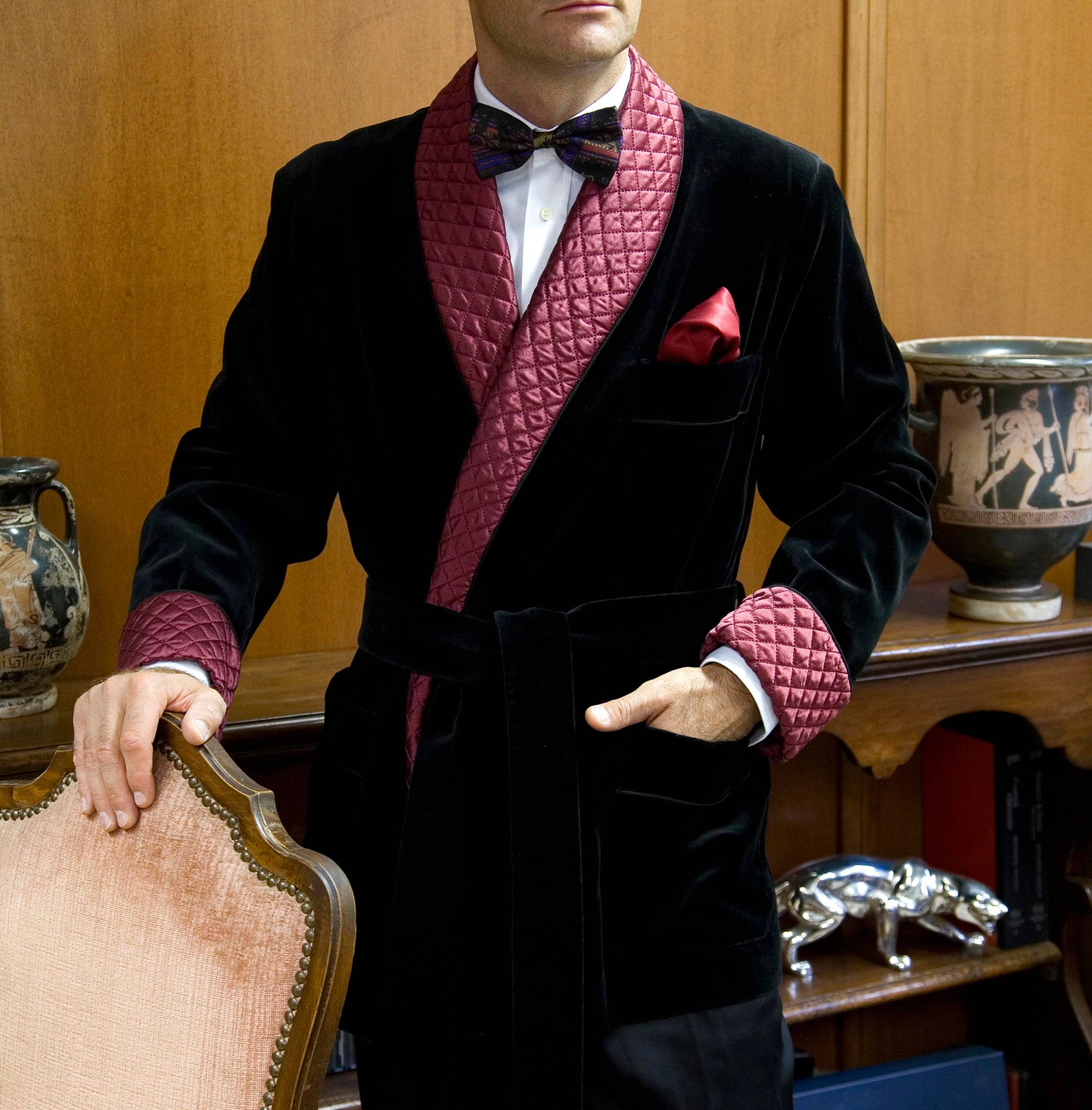 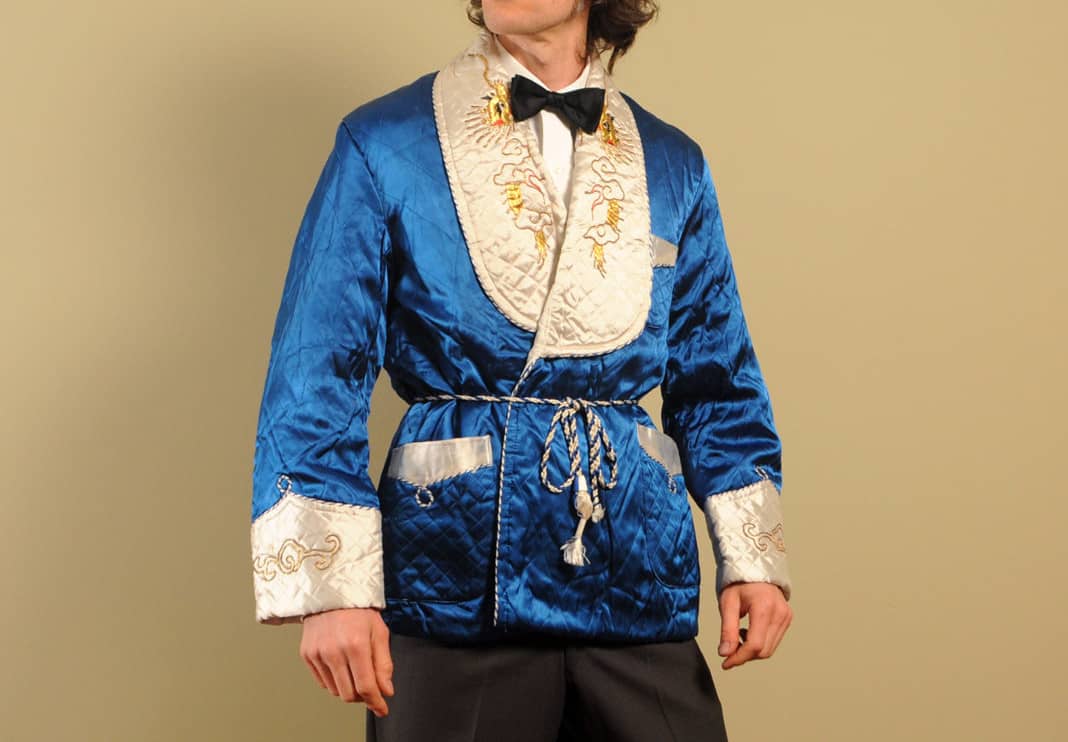 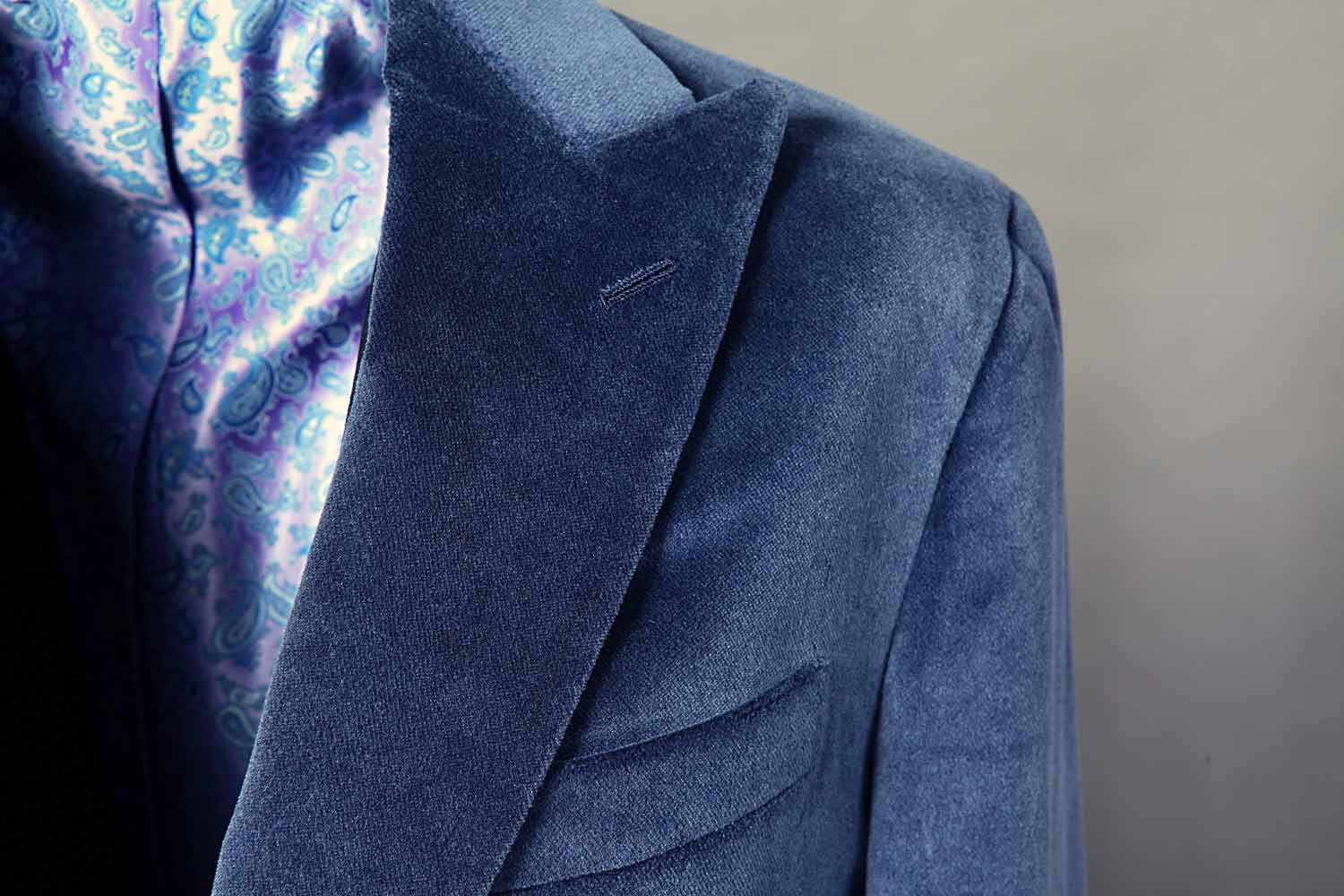 Traditional smoking has fallen out of favor. The increased taxation on tobacco as the government seeks to gouge smokers have kept most away for financial reasons. Alternative nicotine delivery systems such as vaping, lozenges, patches, and tinctures have also provided ways to introduce the bloodstream to the sweet kiss of the drug. Given the deadly, carcinogenic nature of smoking standard cigarettes, to say nothing of the social pressure to quit, and the odious smell, it’s no wonder that the habit is dying. Which should mean the end of the smoking jacket, but the opposite is true.

Even as cigarettes are being maligned, cigars and marijuana smoking are rapidly increasing. Add in the fact that classical styles are returning to vogue with retro and vintage shops cropping up everywhere, and it’s a perfect storm for the comeback of the smoking jacket. They are classier than a robe, more stylish than a housecoat, and who doesn’t want the opulent, relaxed look that defined Playboy magnate Hugh Hefner. That’s why we’ve compiled this easy guide to wearing a smoking jacket.

Origin Story of The Smoking Jacket

The naval trade boom of the 1600’s shrank the world. The far east was trading with Europe, agriculture in the New World was exploding, and every nation was looking to increase wealth and expand. It was a gilded age when new spices, food, and luxuries like coffee were being consumed as fast as they could be harvested. Everyone wanted to be continental, or at least seem so at home.

Among the items that were heavily prized by the European market was the new plant known as tobacco. A drug used by native Americans and popular in India, tobacco had euphoric and stimulating effects, as well as addictive properties that drove users to need an ever-increasing supply.

The tobacco smoking habit quickly proved hard on clothes of the time, particularly in the colder climates of northern Europe. The heavy fabrics popular for both clothing and upholstery would absorb the noxious smell, pick up stains from the leaves – which were far less sophisticated than the genetically-engineered tobacco of today – and take on a tarnished appearance from the heavy smoke of unfiltered tobacco. All of these textiles were extremely expensive, so a jacket was invented to guard them while the wearer could rot their lungs.

Birth of the Dressing Gown

Quickly, these covering items – known then as dressing gowns – became a sign of prosperity. The expensive silks they were made from, which were designed to fight smoke smell and staining, showed that whoever wore it was a person of means. To this day, seeing a powerful person in a smoking jacket indicates refined taste and an enviable level of money.

From the 1600’s to the 1950’s, smoking jackets became more common, but were still reserved for the wealthy. The advent of mass production, automation, and the assembly line during the industrial revolution helped change that. The once formal attire could now be made cheaply and easily, allowing average consumers to get their hands on a jacket.

The launch of Playboy in 1953 offered a men’s lifestyle publication that appealed to the libidinous nature of men, with Hugh Hefner front and center. Dripping with wealth and women, Hef’s ever-present pajamas and signature jacket became the standard to which men aspired. The combination of availability and a middle-class “Renaissance” turned jackets into household items.

Bearing resemblance in form to previous iterations of the smoking jacket, most of the dressing gowns made today aren’t the luxurious options of bygone days. They’re often used as costuming, worn more for amusement than any real utility.

More manufacturers are realizing the dormancy of the jacket and attempting to revitalize it, showing it as an acceptable way to protect your clothes from the stains and scents that go along with eating, drinking, and smoking substances of various kinds. Finding these can be difficult, and you’ll often be forced to slog through several pretenders before you find a real maker, intent on providing a useful garment to protect your clothes.

While the United States is only now using smoking jackets again, many parts of Europe and Australia have never really left the fold. They refer to a tuxedo jacket as a Smoking jacket, and the two are indistinguishable from one another. For anyone hoping to buy a well-made jacket, looking overseas is often the best path. France, naturally, has many premier brands that can provide.

Pure smoking jackets are made of velvet and have a quilted satin collar and lapels draping down the front. These can also be silk, and any velvet-esque material cut into a suit or sport jacket design can pass as a smoking jacket, so long as you stay out of refined company.

These jackets are nearly all ventless, since adding airflow would again defeat the purpose of protecting the clothes it’s on top of. They’re made with little structure, operating like a robe or gown, and draping over your frame. This is because it’s expected that you already be wearing your structured clothing underneath. Putting a rigid jacket over another is a terrible faux pas.

Smoking jackets are meant to reach to mid-thigh, making them longer than classic suit and tuxedo jackets. The point is to protect what is underneath, so they are intended to be oversized and blousy. Thus, when wearing a smoking jacket, you don’t need tailoring the same way you would with a dinner jacket or other casual formalwear.

While a business suit, tux, or business casual coat has a wide collar, to show off your shirt and tie, smoking jackets are meant to fit much tighter. Again, it’s a matter of covering your clothes, letting the jacket itself do the talking. They are tied similar to a robe with a velvet sash, though many of the newer models close with a button similar to a double-breasted suit.

The exterior of these jackets normally have three pockets, with a long one specially made to hold cigars. The better ones have places to put a lighter, pack of cigarettes, or a cigarette case, though most give you ordinary pockets to do with as you please.

When and how to wear a smoking jacket depends heavily on what kind of jacket you have. If you have opted for a European look, you could pair your smoking jacket with a pair of satin-striped tux pants and head to a black tie dinner. If you’ve opted for Hefner’s layabout look, you should only be donning it at home, or an equally casual gathering where no one is standing on propriety.

More often, you’ll find the best time to wear one is whenever irony is on the menu, or you’re desperate to get attention. They stand out, with their burgundy hues and shiny fabrics, so whenever and wherever you whip it out, do so with confidence and aplomb, lest you be thought a fool.

The simplest answer is: These are meant to protect your clothes and keep you comfortable. So, if those are things you’re trying to do, put it on.