Biggest Mall in America: 16 Malls You Should Definitely Visit

of 17
Woodfield Mall - via Patch
Plaza Las Americas - via Wikipedia
Millcreek Mall - via CAFARO
Palisades is Quite the Adventure
Westfield Valley Fair - via Bizjournals
Ala Moana - via MeetHawaii
Sawgrass Mills one of the Biggest Malls - via Local 10
Roosevelt in Garden City - via Patch
Destiny Mall
The Houston Galleria
Del Amo Fashion Center - via TripAdvisor
Aventura Mall Florida's Largest Mall
South Coast Plaza is One of the Largest Shopping Malls - via Fashion United
King of Prussia Mall - via Wikipedia
Dream Mall
Mall of America
Biggest Mall in America
Biggest Mall in America: 16 Malls You Should Definitely Visit
Buy Now 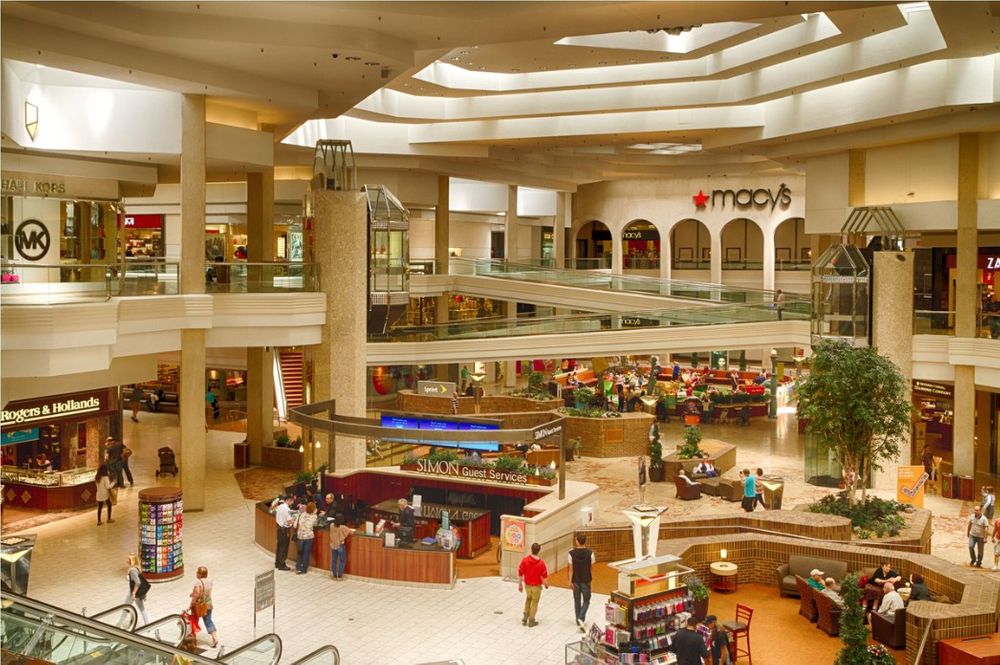 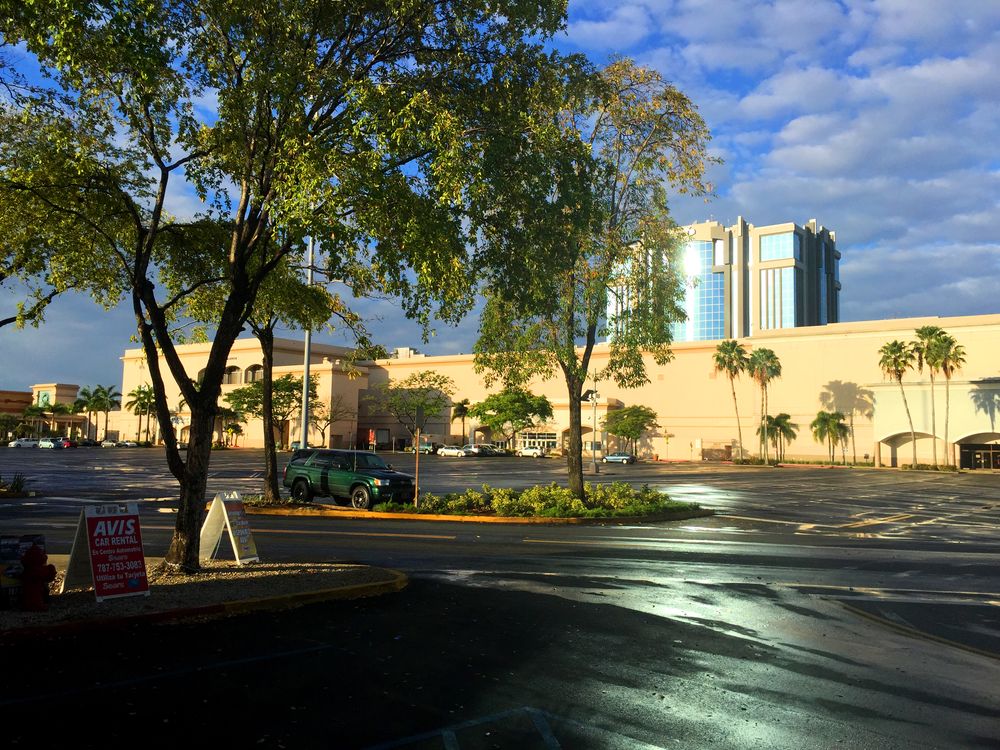 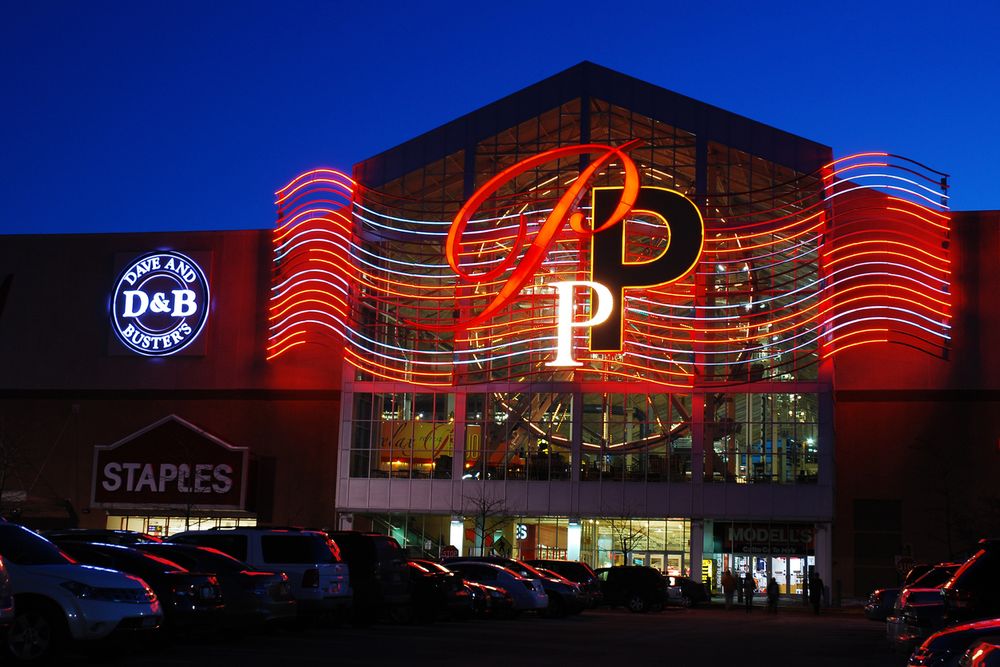 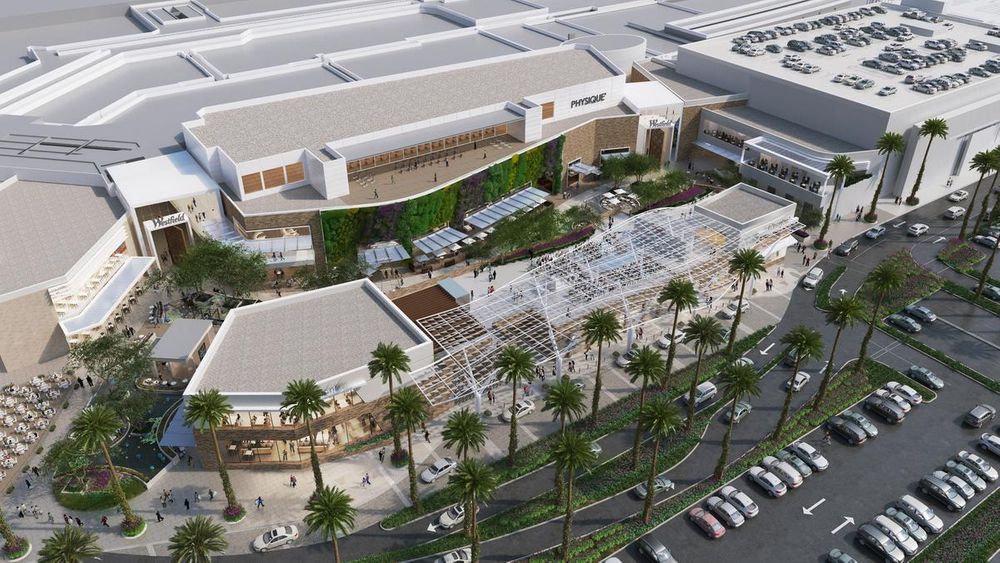 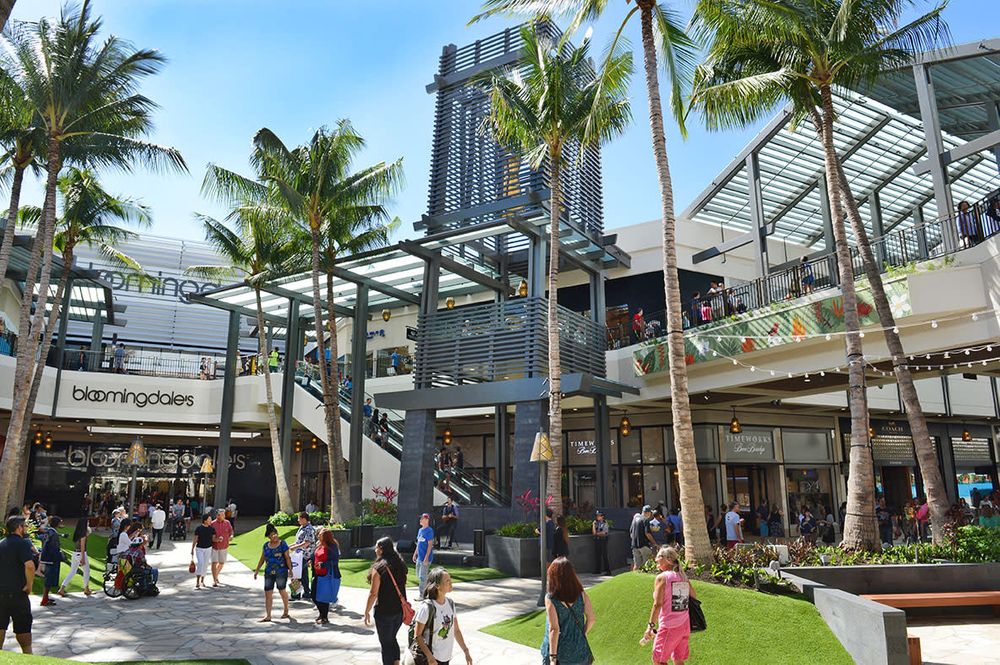 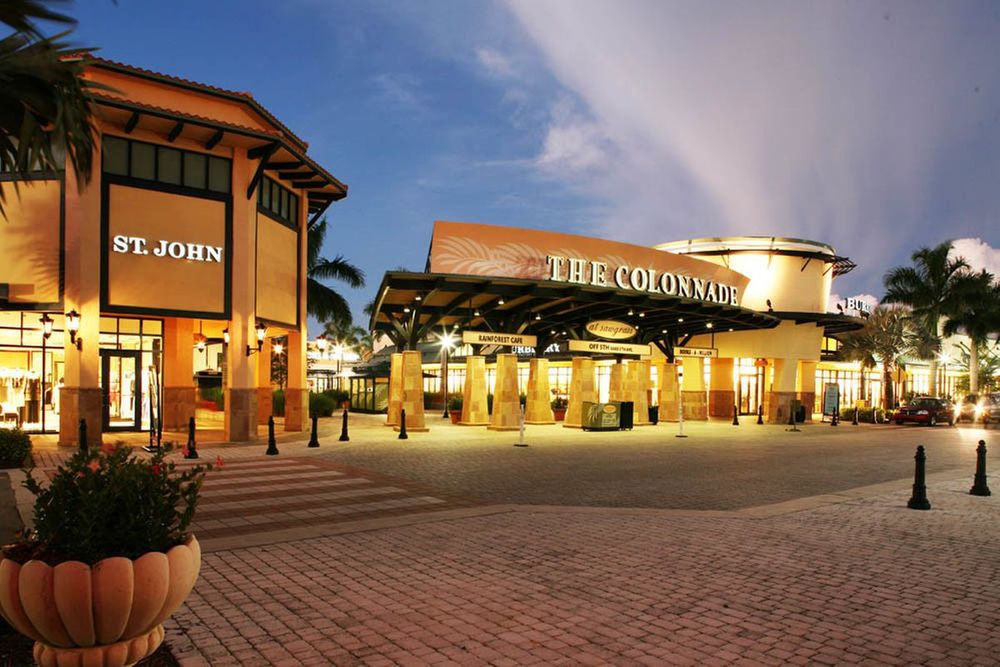 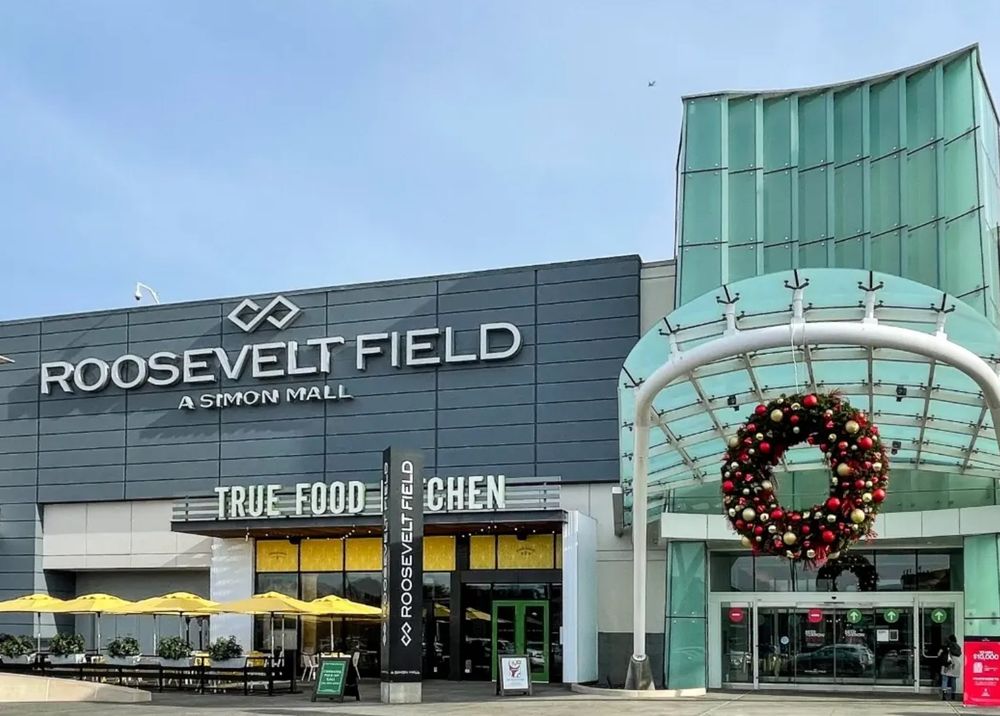 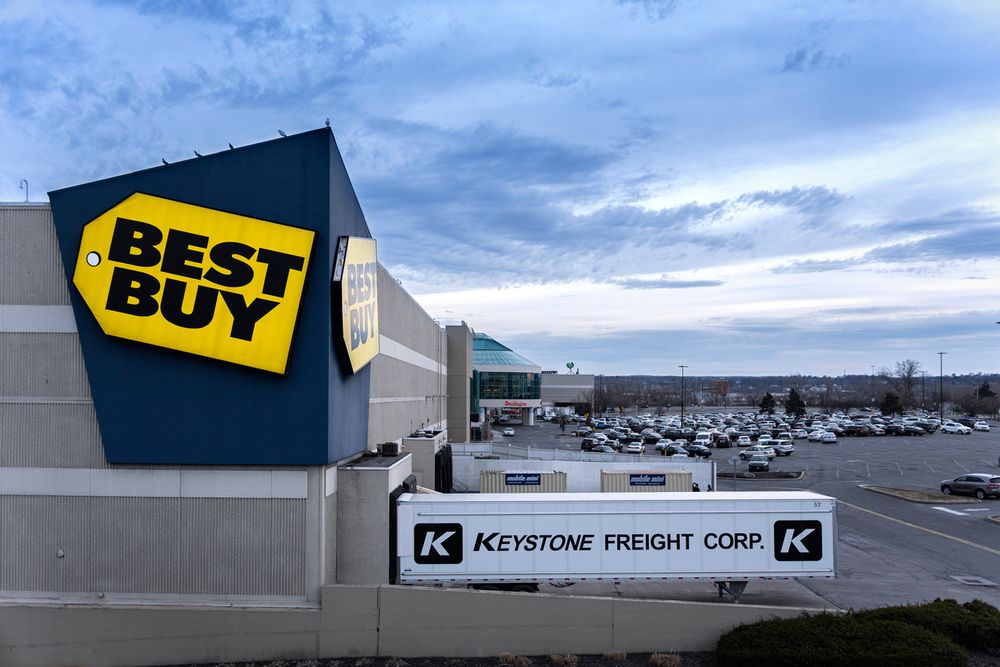 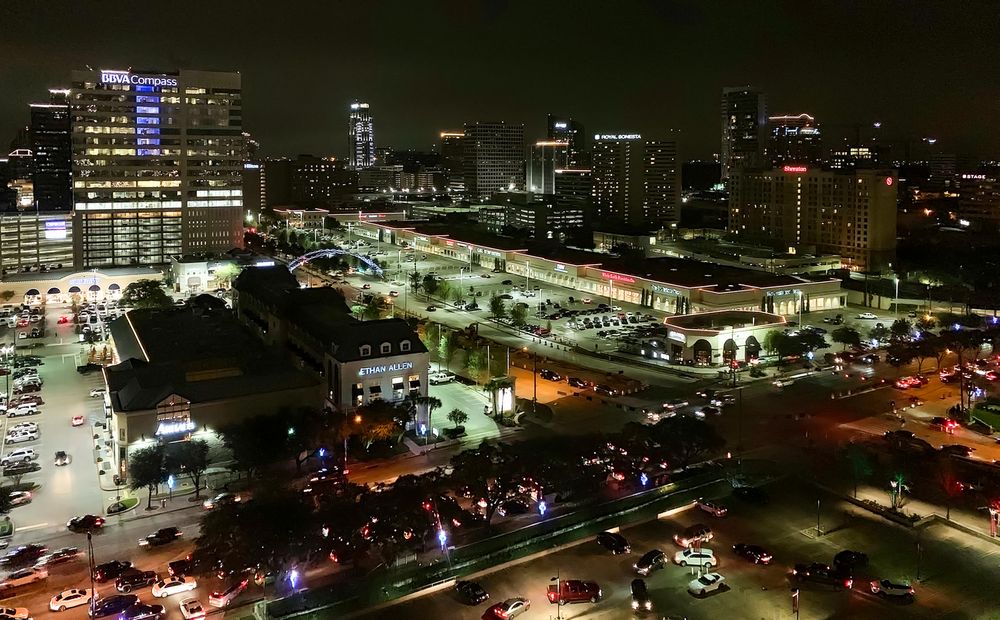 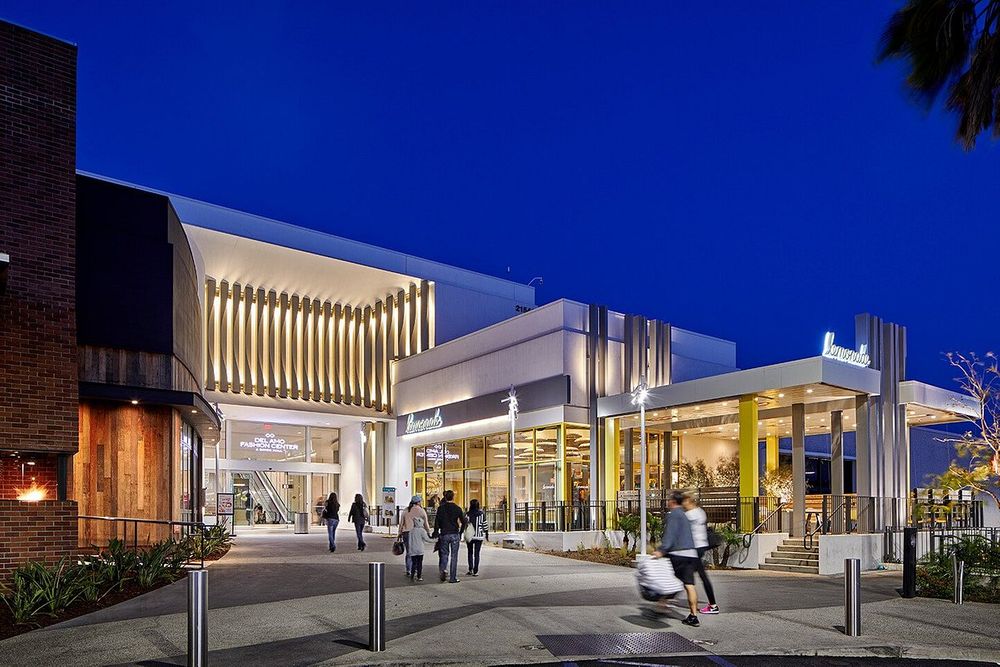 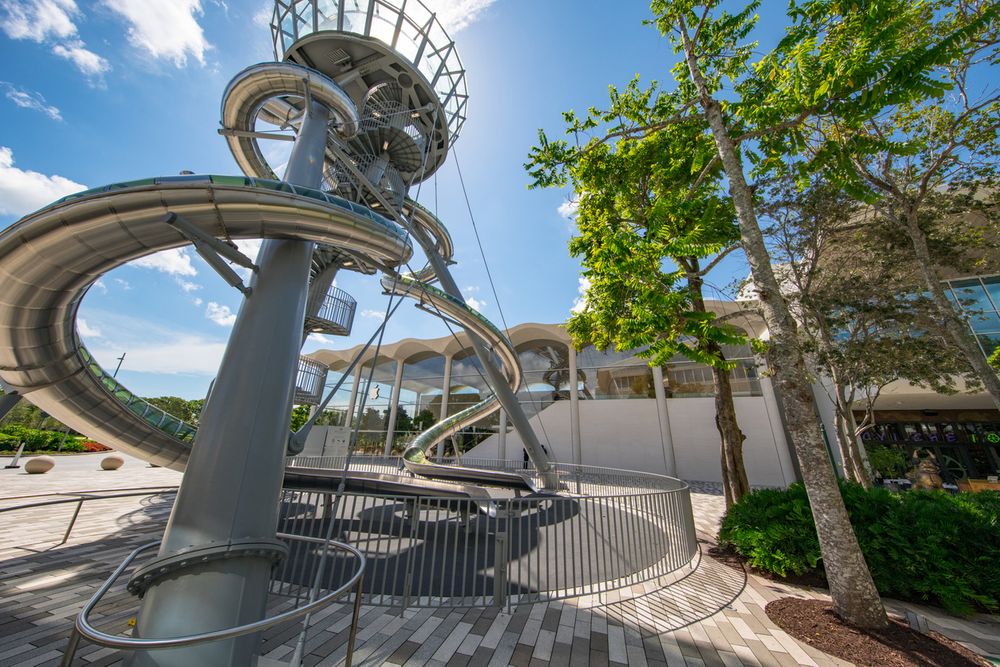 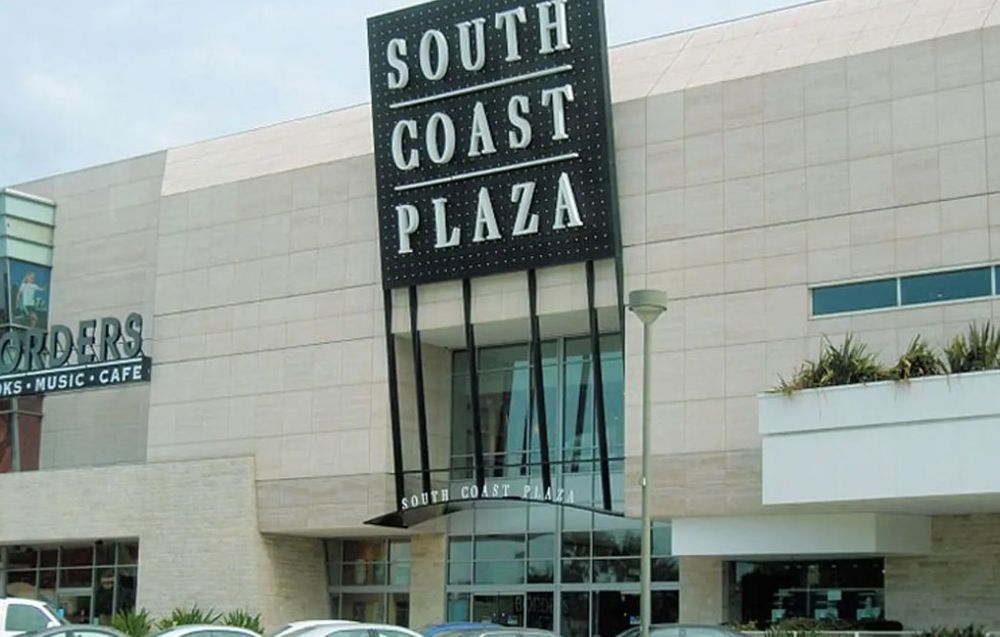 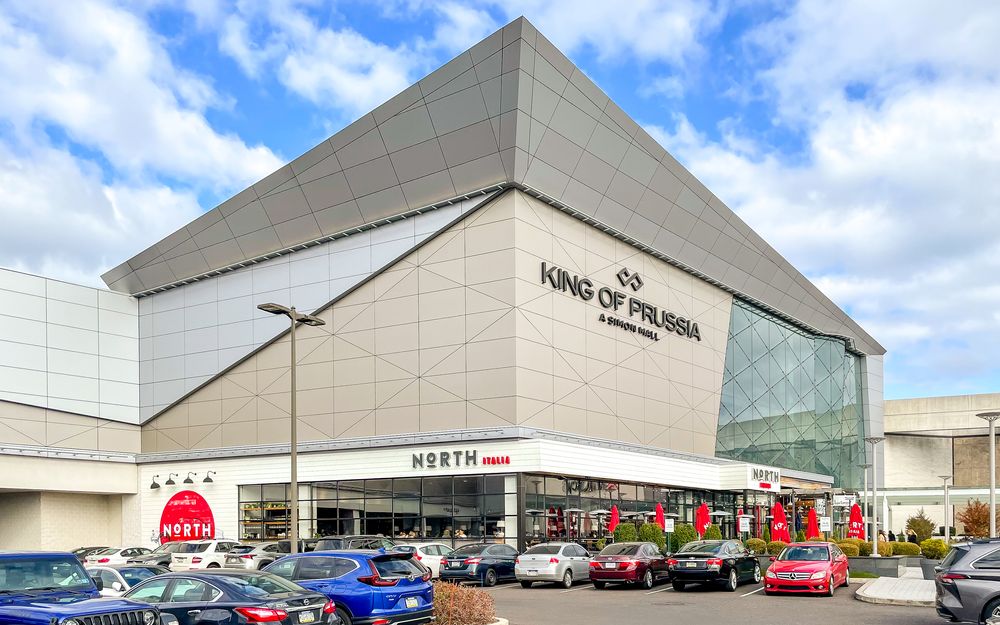 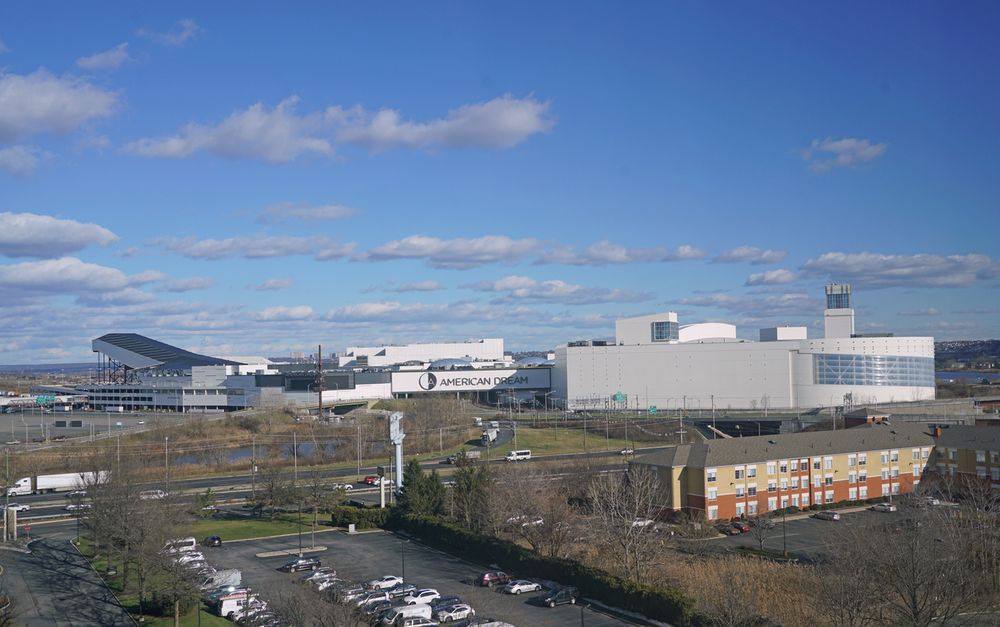 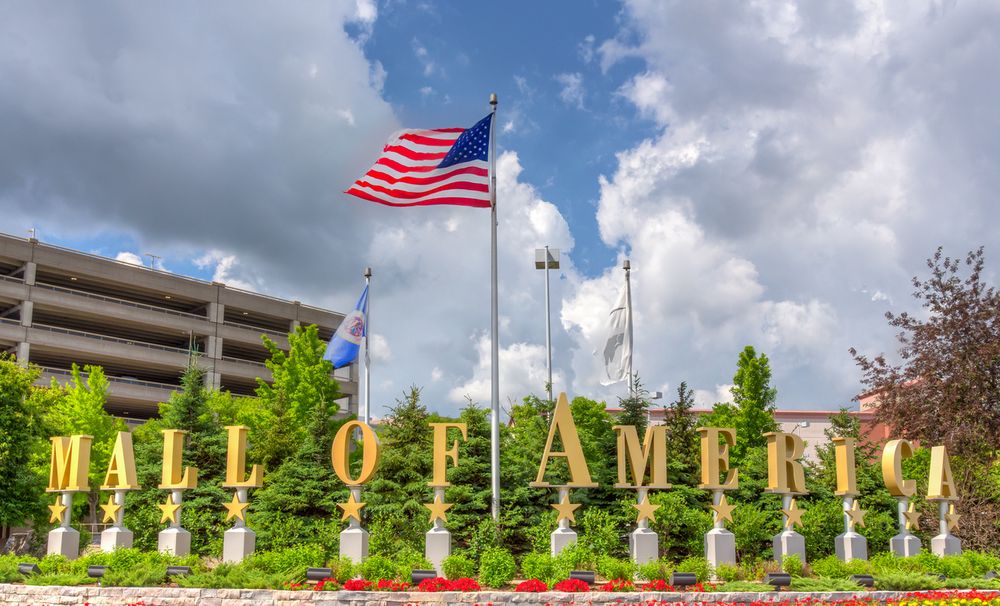 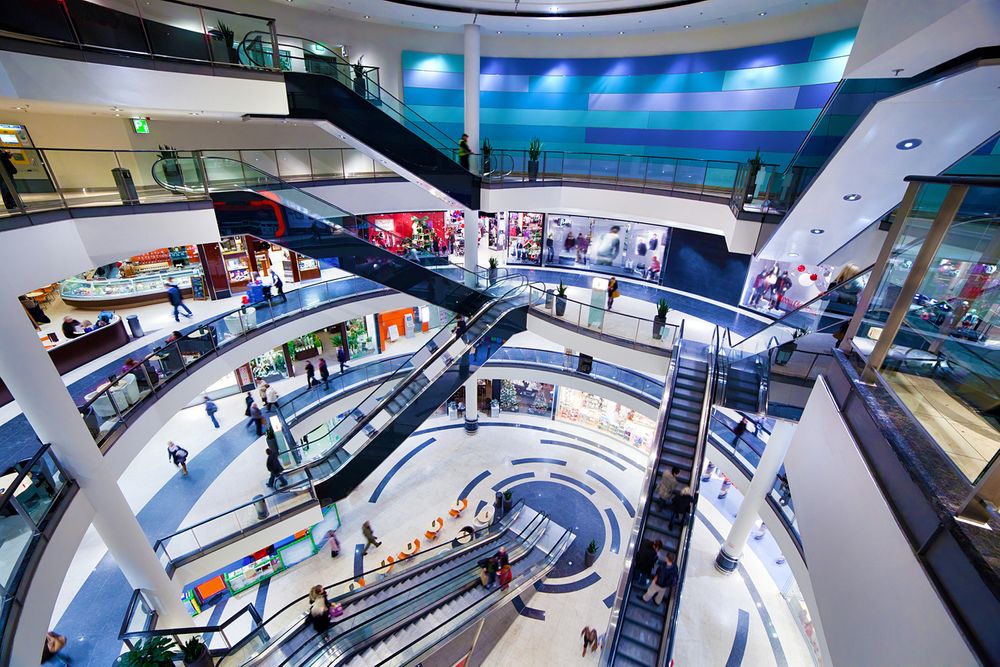 There are way over 100,000 shopping malls in the US alone, and I can guarantee you’d be surprised to hear the sheer size of the biggest mall in America.

Shopping malls are now much more than a place to pick up a new outfit. Some even include amusement parks, aquariums, and everything in between. The malls that make the top 10 list have so many shops that you could spend hours, if not days, looking around and taking in all they have to offer.

This article comprises a list of the largest shopping malls in America, so you know exactly where to head for your next shopping trip. And, just a heads up, if you’re heading to one of these malls, make sure you’re wearing a comfortable pair of shoes, because trust us, you’re going to need them!

The Mall of America has genuinely earnt its name as it is, without a shadow of a doubt, the biggest mall in America.

Without having been there, I don’t think you’d even be able to imagine how big it is. In total, the Mall of America sits on 5.6 million square feet of land. And, for comparison, to give you some idea of the size, that’s roughly 71 professional soccer fields.

Now, where is this gigantic mall, you may ask? You’ll find it a 15-minute drive away from downtown Minneapolis, and to be honest, you can’t miss it. The Mall of America first opened in 1992, and since its opening has been one of the most visited attractions, with over 40 million visitors every year.

This mall has everything, and we mean everything you could need. With over 520 retail stores and more than 50 restaurants, you’re guaranteed to find a shop or cuisine that suits your taste.

And, if that wasn’t enough, the mall even has America’s largest indoor theme park and the sea life Minnesota aquarium, which is home to over 4,500 sea creatures.

No mall will compare size-wise to the Mall of America, and that goes to show with the dramatic decrease in square footage from it and the mall that takes second place.

The second-largest shopping mall in America is the American Dream Mall in New Jersey. The American Dream is home to more than just your average clothing stores. This mall is so diverse that it even has the Nickelodeon Universe theme park, an indoor ski slope, and the Dreamworks Waterpark.

We could go on and on about the attractions inside the mall as we’ve barely even touched the tip of the iceberg. But, we think you should go and check it out yourself.

The King of Prussia Mall brings in 20% of Philadelphia’s tourism and has been a frequented destination for locals since 1963 when it first opened. This mall wasn’t always one, however. When it initially opened, the King of Prussia was two separate and distinct buildings: The Plaza and The Court. In 2016, the owners decided to expand the building and create one of the largest shopping malls throughout the US.

This 2.8 million square foot mall happens to be the  West Coasts’ biggest shopping mall, and with over 275 retailers, it’s no surprise why. In 1967, the Segerstrom family opened the South Coast Plaza in one of their Lima Bean Fields. Their idea brought them great success. And, within six years, they were already expanding to make room for more retailers.

The South Coast Plaza has over 270 stores, both high-end and high street making it an excellent destination for all your shopping needs.

The Aventura Mall in Miami, Florida, may take the fifth spot as the biggest shopping mall in America, but this 2.7 million square foot mall ranks as Florida’s number one.

What stands out at this mall is a set of steel spiral twin slides created by a German sculptor. But the best part is that you can actually slide down them!

It is essentially a shopping center and entertainment complex all in one. It is owned by the Simon property group, which has a stake in a number of the largest shopping malls in America.

Number six takes us to the Del Amo Fashion Center. This shopping mall located in LA is part of the Simon Property Group. They also own the King of Prussia, the Aventura Mall, and many others. This mall was originally two separate shopping centers whose owners merged in 1981 to form the 2.5 million square foot mall we know today.

The Del Amon Fashion Center has had its fair share of TV fame after being featured in numerous films like Jackie Brown, Valley Girl, and Bad Santa.

But, let’s be honest, people aren’t there to see the set of some well-known Hollywood movies. They’re there for the seven department stores (two of which are Macy’s), the 255 other retail stores, the multiplex cinema, and the mall’s plethora of restaurants.

Seventh on the list of the biggest shopping malls in America is The Galleria Mall in Houston, Texas. The Galleria Mall isn’t just a retail complex, however. It also has two hotels, a private health club, and a set of office towers.

With 2.4 million square feet of shops, restaurants, and beauty salons, it’s no wonder that The Galleria is one of Houston’s most visited destinations.

Along with the abundance of retail shops, The Galleria also has two swimming pools, an ice rink that is open year-round, and a vast selection of high-end designer brands from Rolex and Christian Dior to Burberry and Versace.

The entertainment options don’t stop at the 2.4 million square foot Destiny USA. There are arcades, an antique carousel, the world’s largest suspended ropes course, and a go-kart track. Even the kids who “hate” shopping would love to visit this mall. In fact, they’d probably be begging to go back.

The Roosevelt Field Shopping Mall in Garden City, New York, was built on an airfield. But in 1955, contractors transformed it into a single-level open-air mall. Today, however,  you can shop across two levels that span over 2.3 million square feet.

The mall boasts over 270 stores, incredible eateries, and a cinema with eight auditoriums. What we find breathtaking, though, are the skylight windows that still make you feel like you’re shopping outdoors.

We’re heading back to Florida for the number ten spot on the largest mall in America list. This time, it’s the Sawgrass Mills in Sunrise, Florida.

The Sawgrass Mall is about 400,000 square feet smaller than the Aventura Mall. But, even with its slightly smaller size, it is still tremendously impressive.

What makes Sawgrass Mills unique is that it is the largest outlet shopping mall in the United States. If you love a bargain, you’ll definitely want to head to Sawgrass.

The space, which is shaped like an alligator, splits into three parts: the central mall, an outdoor shopping area, and a space called the Oasis at Sawgrass Mills.

Hawaii isn’t just blessed with some of the best beaches in the world. The state’s largest city, Honolulu, has the biggest open-air outdoor shopping area in the world.

And if that wasn’t impressive enough, the Ala Moana Center, which spans over 2.4 million square feet, has tranquil koi ponds, traditional Hawaiian landscaping, 290 stores, and 80 diverse restaurants.

Did we mention that it’s also next to one of Hawaii’s most known beaches? It doesn’t get much better than that.

Westfield Valley Fair is one of the most successful shopping malls in California. And it also happens to be the twelfth largest shopping mall in the US.

This 2.2 million square foot mall has more than 236 stores, four anchor tenants, and the only Balenciaga store in Northern California. The mall underwent a $1.1 billion expansion where they added a three-level Bloomingdale’s, a luxury cinema, and over 100 new stores.

The Palisades Center in New York is the state’s second-largest shopping mall and America’s overall thirteenth-largest. This mall spans 2.2 million square feet and has over 218 stores, entertainment venues, and eateries.

The mall has four floors, a 2,000-seat food court, a 21-screen cinema, an ice rink, and a five-level climbing obstacle course.

The Millcreek Mall takes up 2.2 million square feet of land in the Millcreek Township, Pennsylvania. This one-story shopping complex is the second-largest mall in Pennsylvania and is home to 163 stores that sell everything from clothes and jewelry to phones and sporting goods.

What’s interesting about this mall is its shape when looking at it from a bird’s eye view. When you look at the Millcreek Mall from above, you can see that the combination of anchor stores has made it look like a gun pointed at downtown Erie. There is now an urban legend that the mall was intentionally built under the mafia’s directions. But, we aren’t sure how true that is.

Even the small island of Puerto Rico plays home to one of the United States’ biggest malls. Coming in at number 15 is the Plaza Las Americas which is 2.17 million square feet. It was the first indoor shopping mall in Puerto Rico and takes the top spot as the largest shopping mall in the Caribbean.

Inside the mall, you’ll find three floors with over 300 stores, a 13-screen cinema, and seven anchor tenants like Macy’s and JCPenneys.

And finally, number 16 goes to the Woodfield Mall located in Illinois. Woodfield mall first opened in 1971 with only 59 stores. Today, however, shoppers can stroll their way through 234 stores and eat at numerous restaurants on the mall’s first and second floors.

In our opinion, however, the mall is a great place to head with children. The mall has shops aimed at kids, but it also has a play area, a block building area, a bowling alley, and arcade games.

Final Thoughts on the Biggest Mall in America

It’s no secret that America does things big, including its malls. Malls that were once just shopping destinations have genuinely transformed into entertainment complexes that the whole family can enjoy.

As we’re coming to a close on the biggest mall in America, we’d love to know your thoughts. Do you love giant shopping malls like the ones we’ve listed today? Or do you prefer smaller, more manageable malls? Let us know in the comment section down below!