Live Well, Live Hip in the Coolest Cities in the US

Looking for a quick rundown of the coolest cities in the US? That’s exactly what we’ve got cooked up for you, so buckle in for our virtual road trip across America! 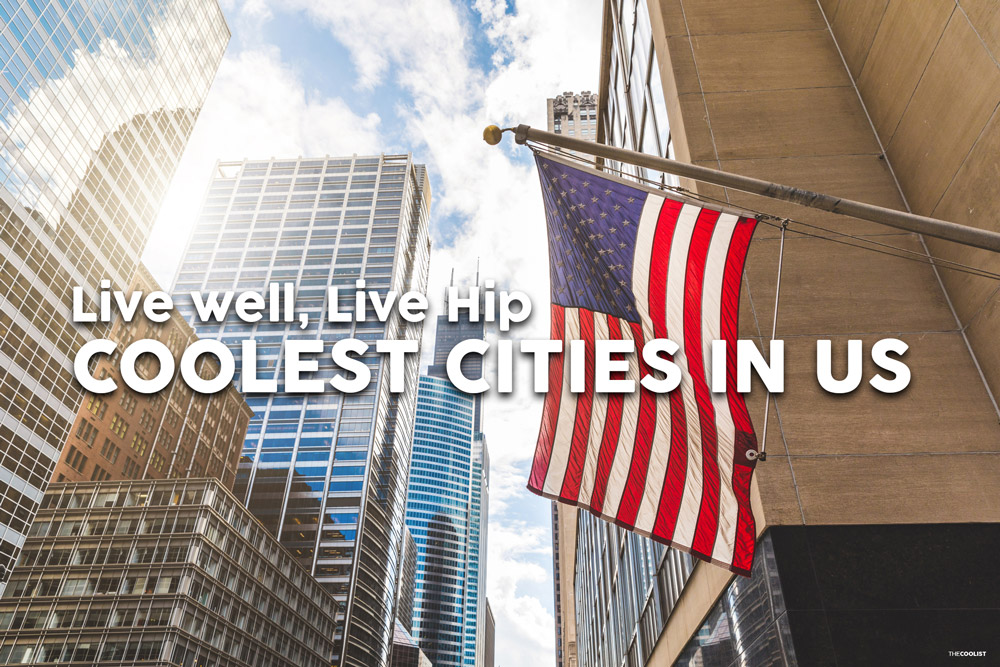 The beauty of the United States, and the reason it still stands as one of the great melting pots of the world, is that it promises to bring freedom for all. It promises to the huddled masses yearning to breathe free a place where we would all be enriched by the presence of others.

Whatever you may think about how well those promises are being kept, America is still culturally rich. The diversity in the home of the brave has created a complex tapestry with some of the most incredible cities in the world.

Come with us on a virtual tour of the best cities the US has to offer.

The 17 Coolest Cities in the US

While it’s true that only 1/3 of Americans have passports, it’s kind of hard to blame them. After all, the USA spans the better part of a massive continent, home to native and immigrant cultures from all over the world. One scarcely has to leave national borders to find some of true city gems replete with amazing sights, vibrant people, and tons of things to do during your visit.

So, for those seeking a simple set of destinations that will sweep them into a whole new world, and a whole new state of mind, one need only enjoy the 17 coolest cities in the US of A! 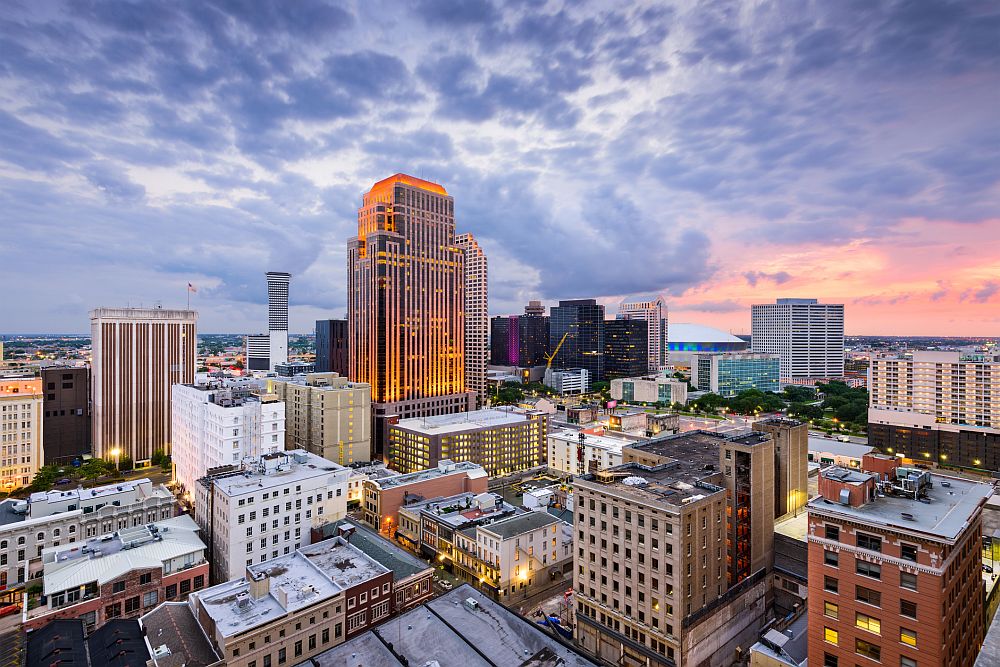 This is an easy one, as The Big Easy has long been on the vanguard of what is cool. The birthplace of jazz and home to some of the finest food you ever had in your life, it’s French done the American way (or visa versa, depending on who you ask). Though not without its hardships, that has created a sense of powerful community and tradition among those who survive nigh the bayou, sprinkled with a little voodoo and lots of alcohol. 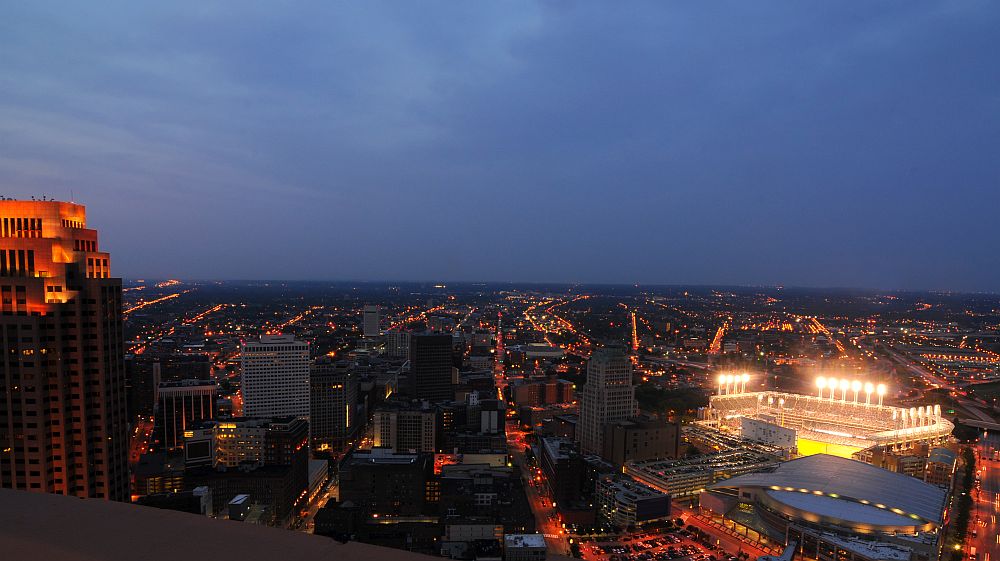 A real sleeper, people tend to equate Cleveland with one of the saddest football teams around, and the city is largely considered to be the homeland of urban decay. Parts are true, but there’s no better underdog city than Cleveland. And besides, nobody knows how to have more fun on the cheap than those who concocted the Rock ‘n’ Roll Hall of Fame. 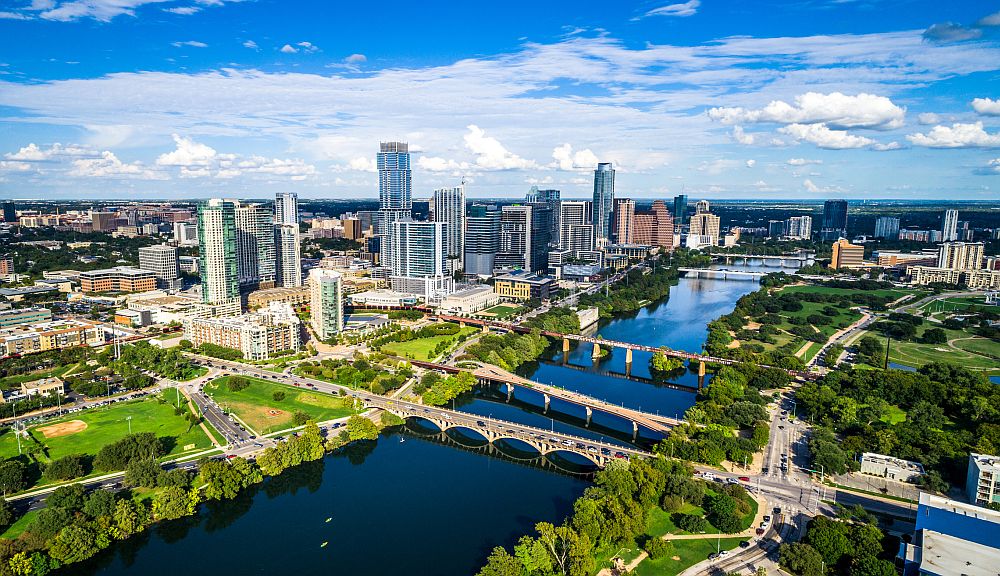 A shockingly cerebral city thanks to the collegiate influence, Austin is a land of contradictions. This is where the red and blue of the nation meet to clash, debate, and rejoin on a daily basis. Then there’s the undeniably delicious steak houses and distinctly broad, American way of approaching life – grab it by the balls – that makes this the lone star of the state. 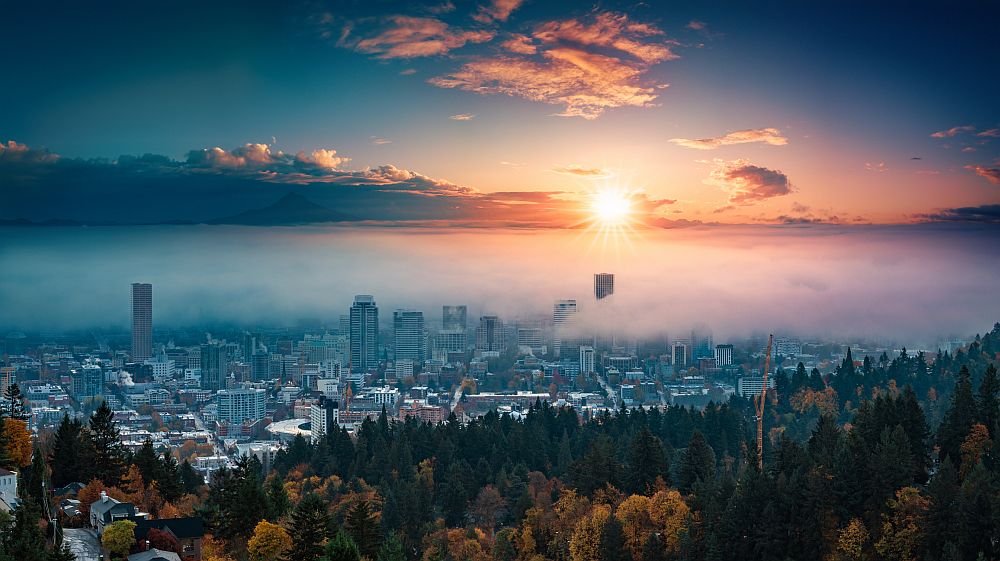 Hippy-dippy to a fault and wet as wet gets, Portland has all the greenery you could ever want in an outdoorsy atmosphere. You’ll also find all the weird granola enjoyment you could ever dream up. Hit the rooftop gardens, the delicious vegan markets, and then ride their glorious monorail for an experience that is more like another planet than a different town. 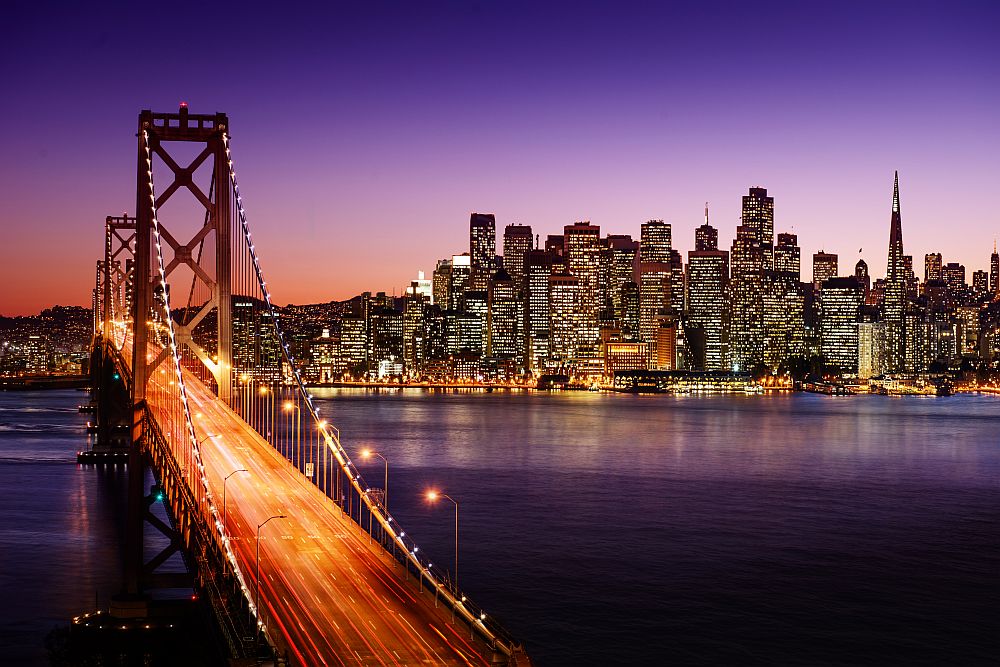 Whatever you’re into, you’ve come home in the city by the bay. Truly accepting of every race, color, creed, gender, identity, orientation, or insanity, there’s a lifetime of layers to be had here that no paragraph can justify. See it for yourself and you’ll understand why a bright orange bridge is the least of the local attractions. 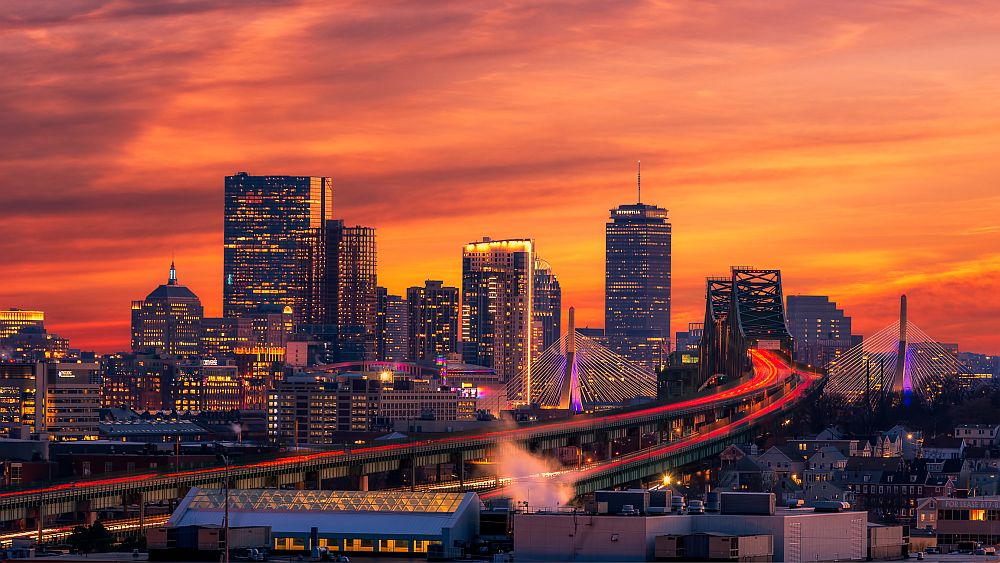 Bean town has gotten a bad rap thanks to the tough mentality that pervades its streets and the wicked accent that marks its citizens. Rough and rollicking or gentrified and genteel, there’s genius and madness in Boston. (With a rich mix of both, all soaked in Irish whiskey!) 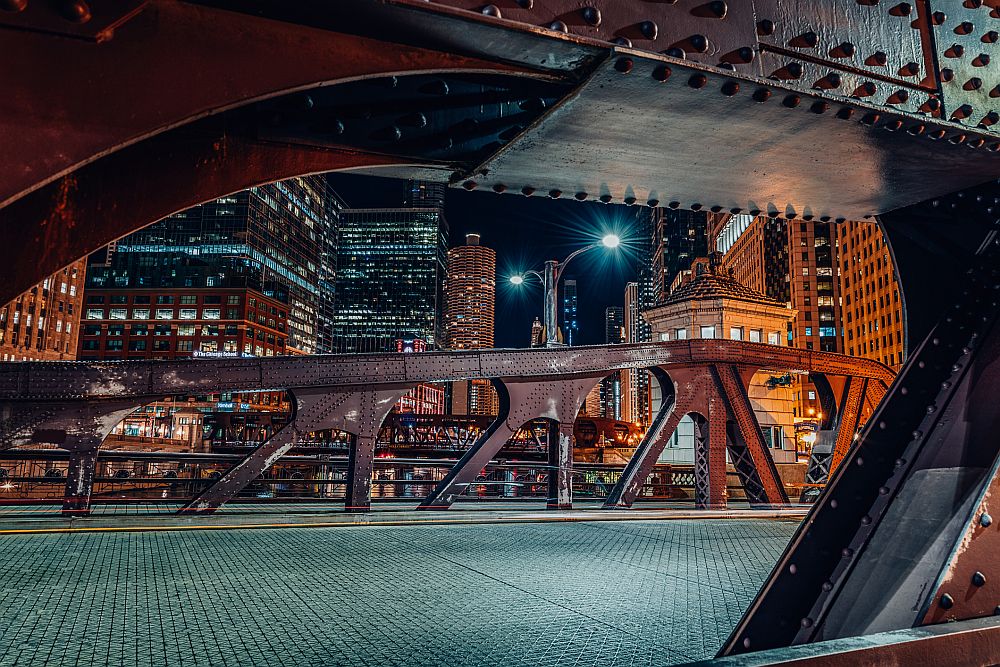 The Windy City was built on the backs of the working class who define it, but is also replete with erudition for those who want to get some silver lining with their jagged edges. It’s a peculiar paradise that has midwestern sensibilities and a sense that anyone enduring the cold is family. 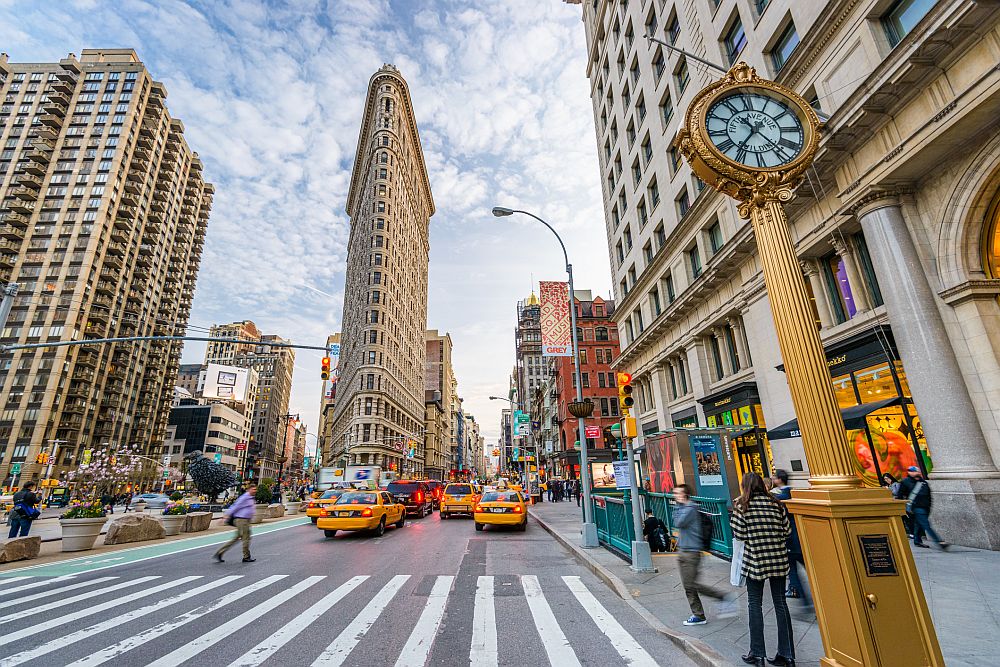 A hulking megatropolis, New York has so many people that nothing is unique and nothing is shocking there. At once terrifying and terrific, living a lifetime here will not begin to show you all its many faces. On a list of the coolest cities in the US, the Big Apple is quite possibly America’s most emblematic to those who dream big abroad. 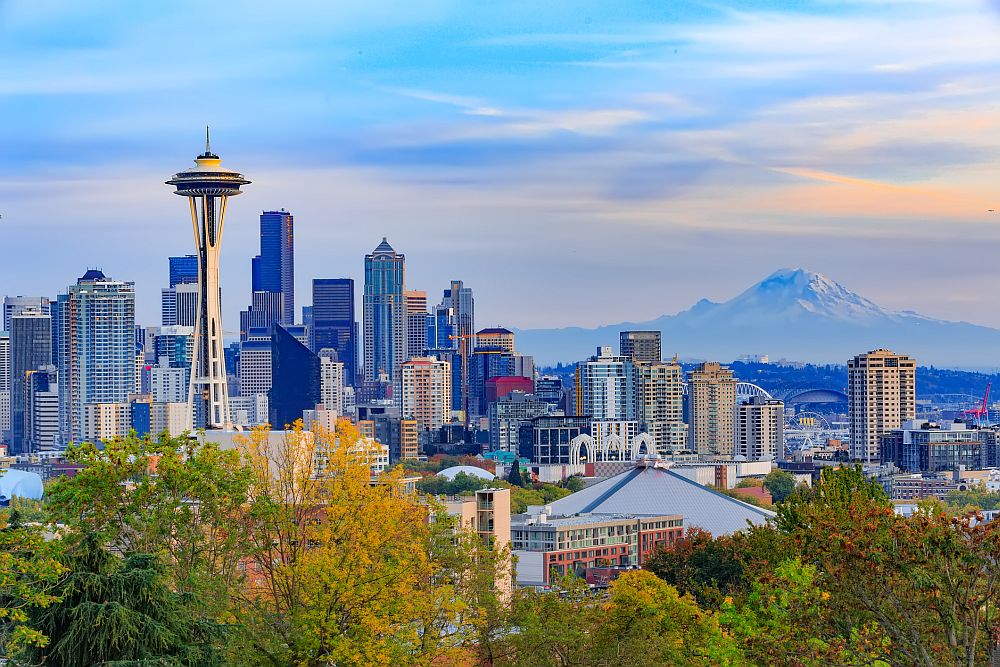 A technophile’s dream given form, Seattle truly strives to be the city of the future and manages to accomplish that in a distinctly film noir, cyberpunk way. The club scene is incredible, as is the food, which brings the bounty of the sea to bear in each and every dish. 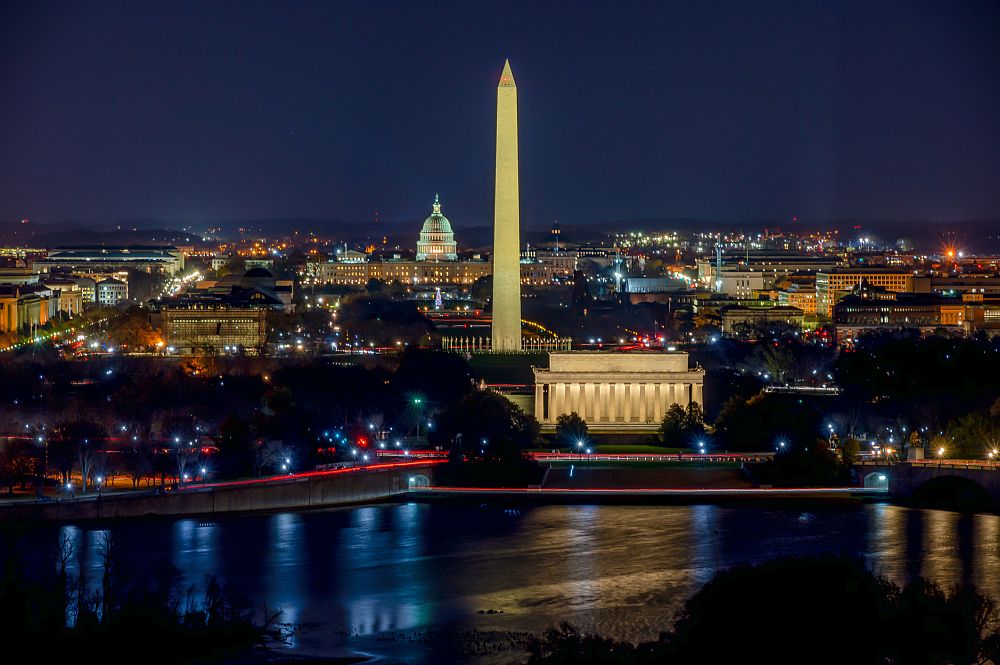 Most people view this as the hive of scum and villainy that is the ruling governmental body. Thankfully, once you get off Capitol Hill and down into the streets, you find a powerful culture that’s built by people from all corners of the globe; people who are working to transform the American dream into something anyone can reach. 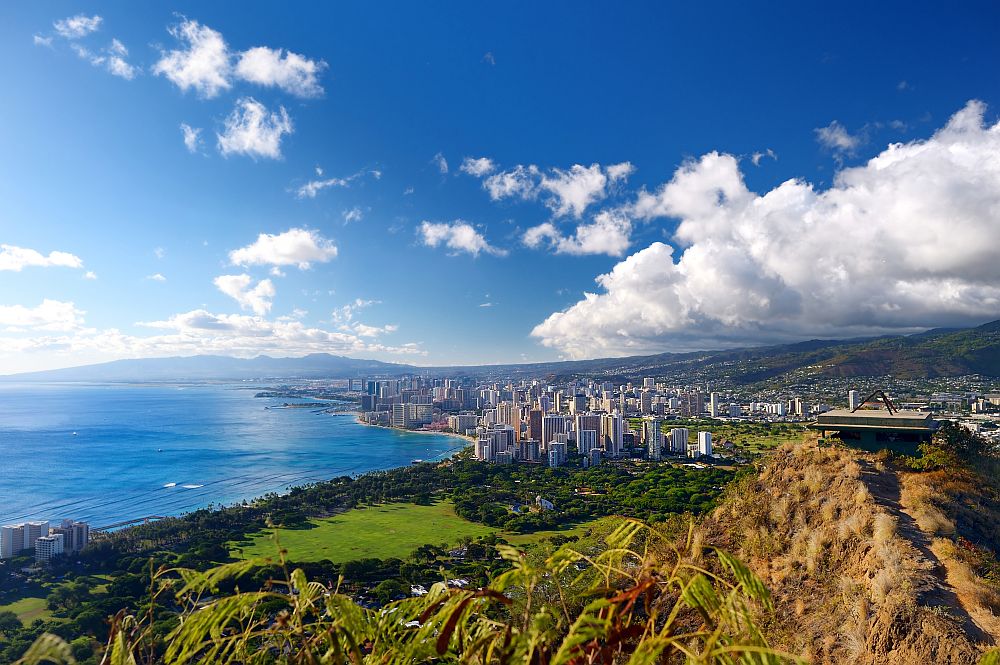 Just because it’s a city doesn’t mean it needs to be a bustling nightmare. There’s still a laid-back surfer vibe overlaid with island culture that makes it unlike anywhere on the globe. It’s American abundance done raw, with natural beauty that daunts, astounds, amazes, and terrifies. 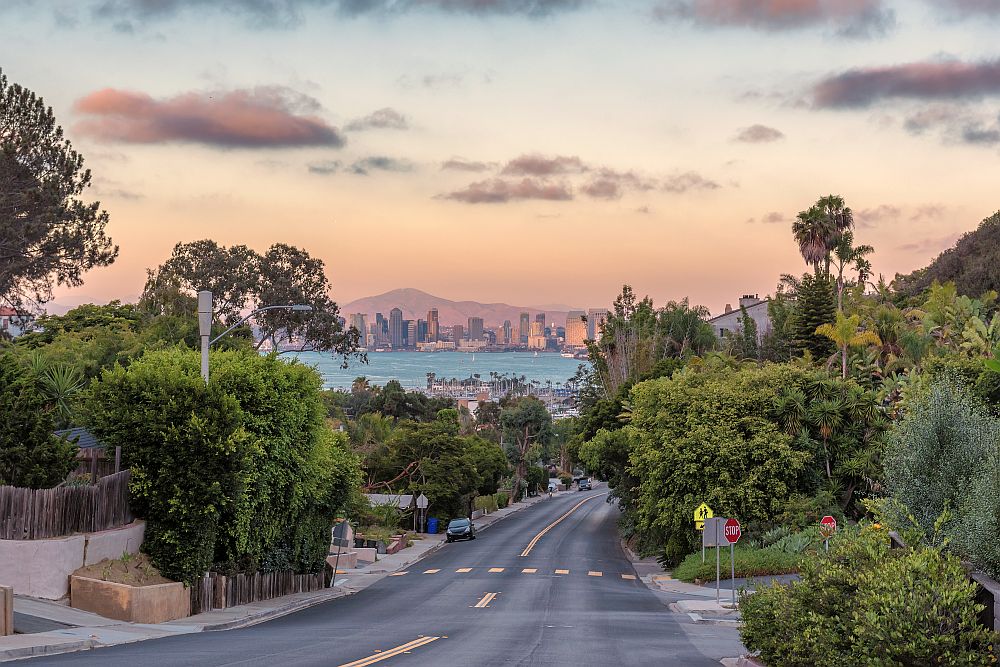 The wonders of nature give greatly to San Diego with glorious weather, and the technology inherent there leads a life of its own. There’s a reason it is the host of the largest Comic Con in the world, where the geeky come to play in the land of craft beer, fish tacos, and beautiful, beautiful people. 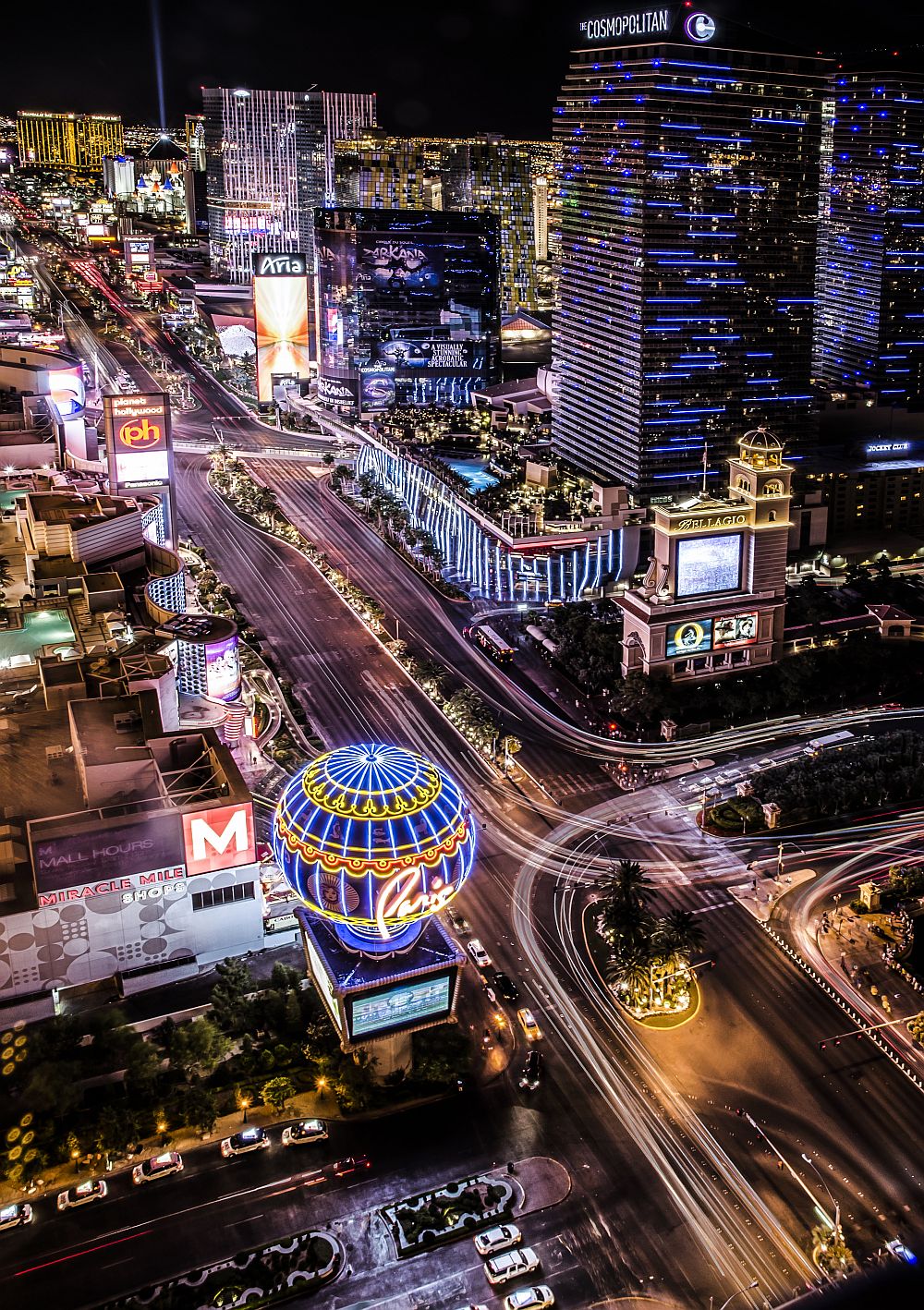 The arcade of America. The darkness, sin, and vice around every corner also breed some of the kindest, wisest people in the world. A tough town, to be sure, it hones your wiles and offers fun at every turn; ready to eat the unwary alive. Hunter S. Thompson wasn’t wrong. 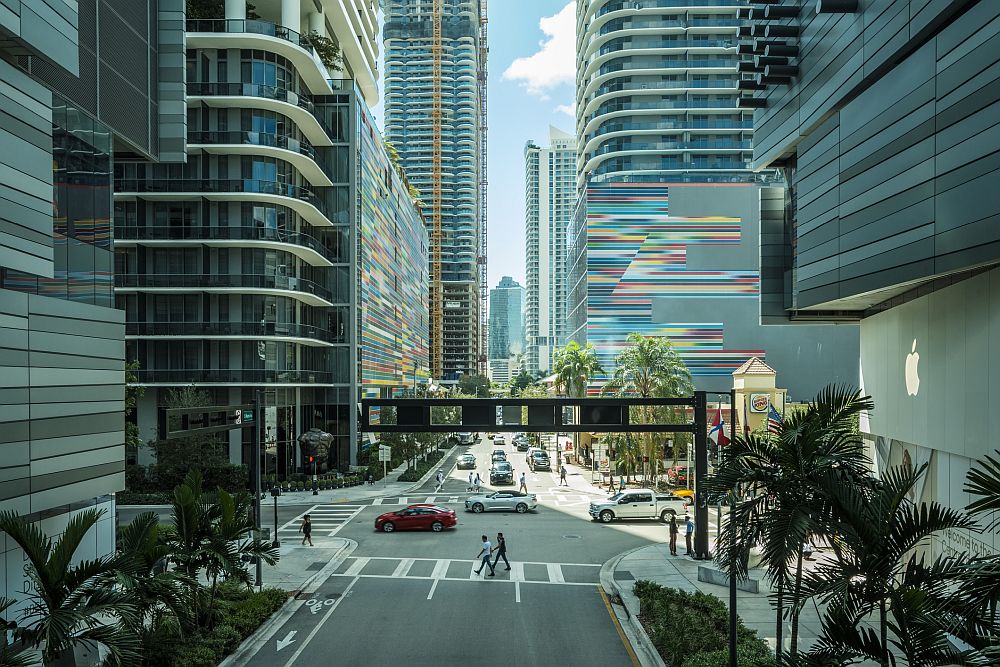 Florida is constantly lauded for its strangeness, but that’s not something to shun. Proof that the ideology of the south and the exposure to Latin influences can make a mystical brew, it’s a place to haul out your freak flag, fly it high, and realize that in the grand scheme of things, you’re pretty normal. 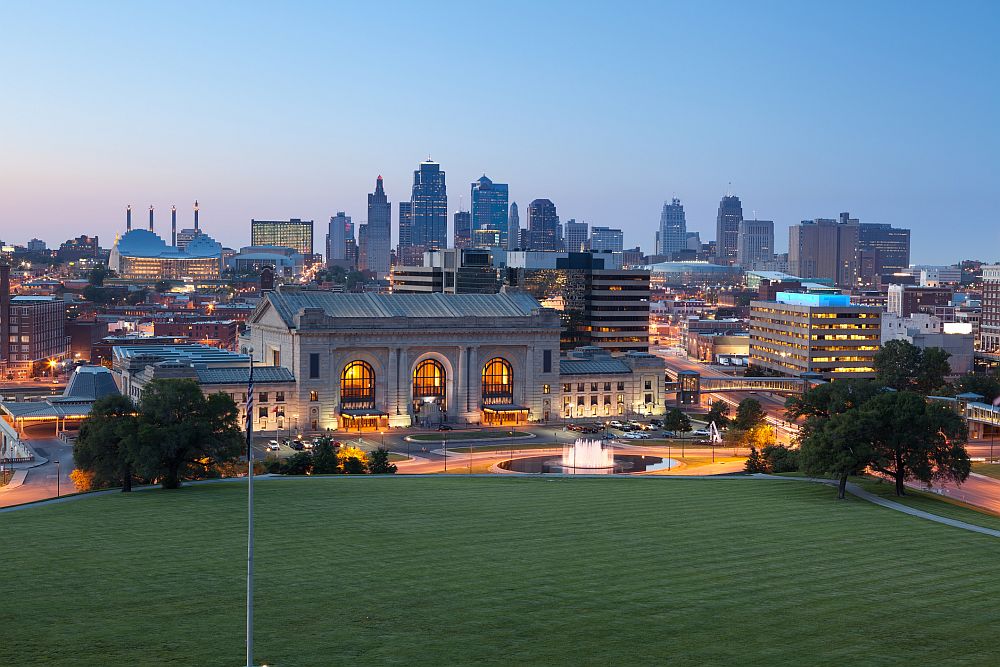 Barbecue is the gateway drug of Kansas City, which might have the name of the most boring flyover state in the title, but puts that distinction well behind it. Concerts, antique festivals, and any number of local happenings are all within a few miles of wherever you are. It’s truly where north meets south, east meets west, and America’s heart lies. 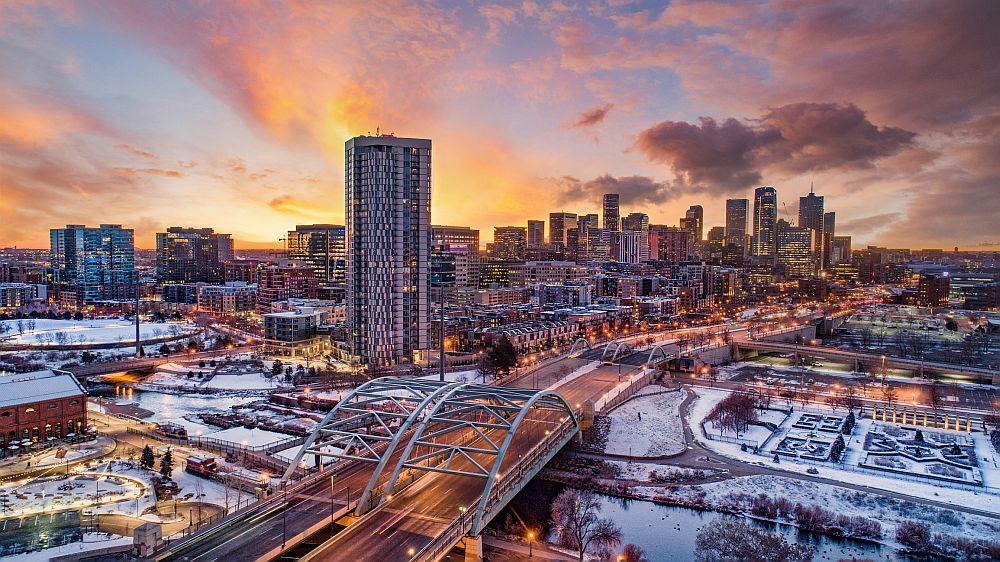 The mile high city allows access to skiing, but that’s just the tip of the mountain. Dig down and the innumerable one-way streets will lead you to a counter-culture that proves punk isn’t dead, nor is passion, art, or science, along with fanatical sports fans that manage to be kind and classy while also frothing mad about balls and pucks. 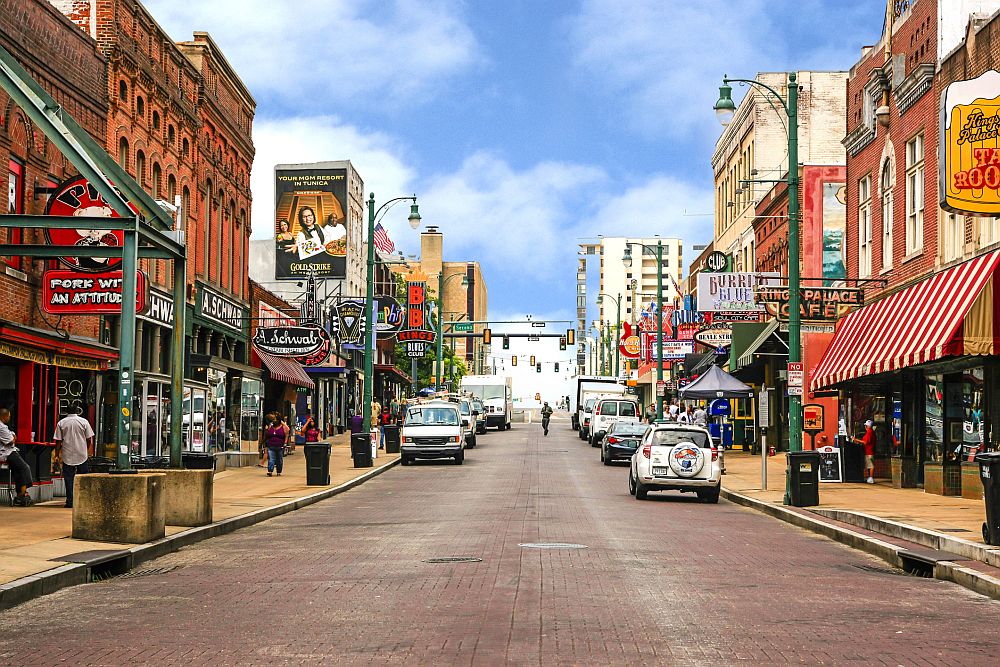 There’s two weeks out of the year dedicated strictly to Elvis. Then there’s all the food from the coast, as well as southern traditions and hospitality that will make you blush. Suave and friendly, riddled with music emanating out from Nashville, and able to entice the most solemn, believe that you haven’t yet begun to scratch the surface of this rich landscape.

Coolest Cities to Live and Visit in the US

We’re sure people will think we missed some.

So why not leave us a comment and tell us what are some of the best cities to live in the USA, those that we haven’t mentioned. And do tell us why they are so great.

It’s a promise that we’ll try to add more to the list if you convince us.

Seven Futuristic Cities That Could Define the World of Tomorrow 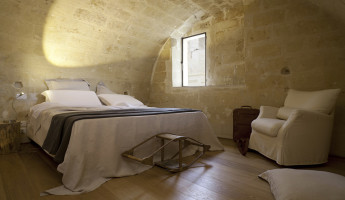 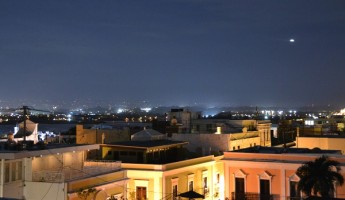