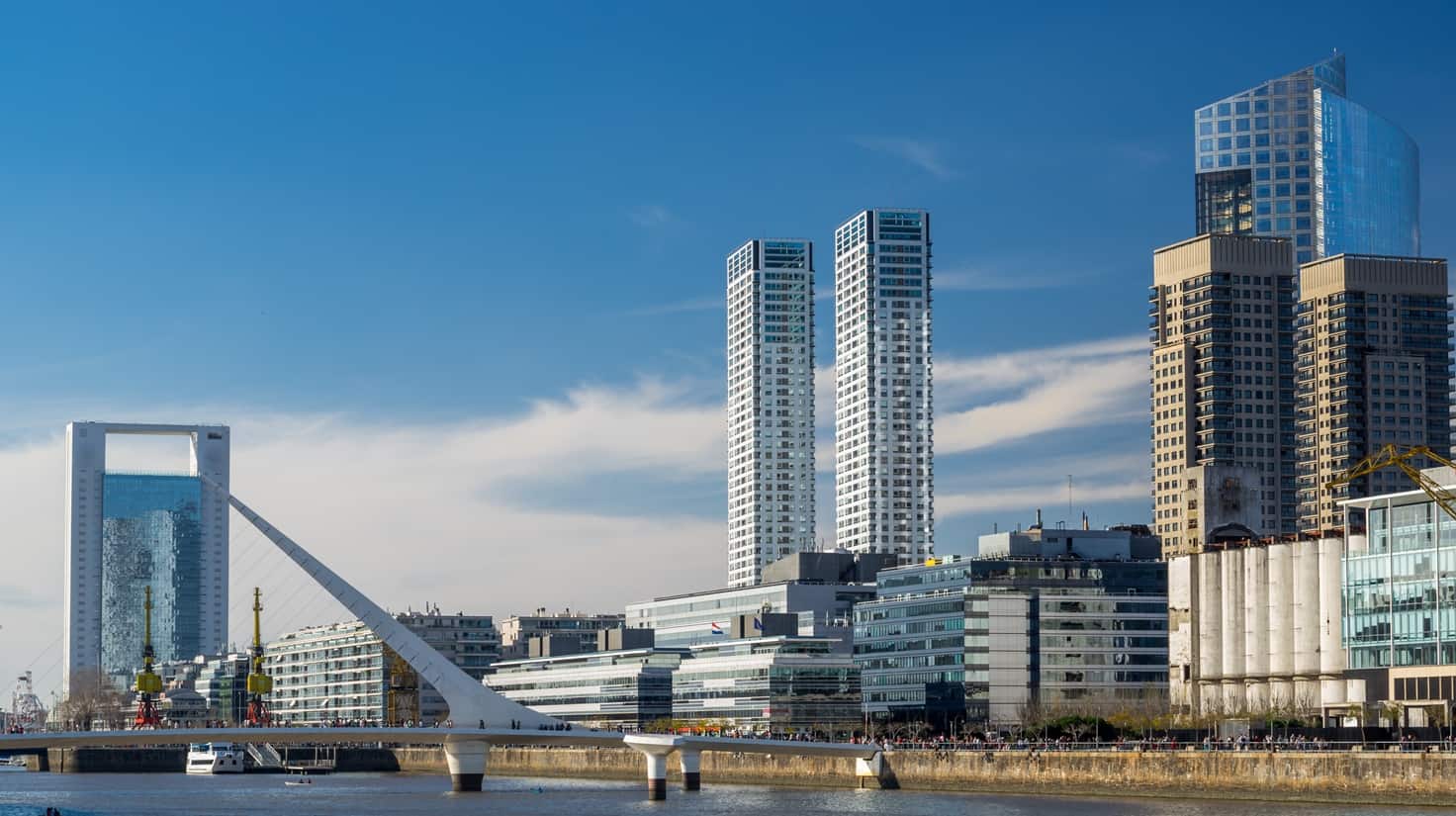 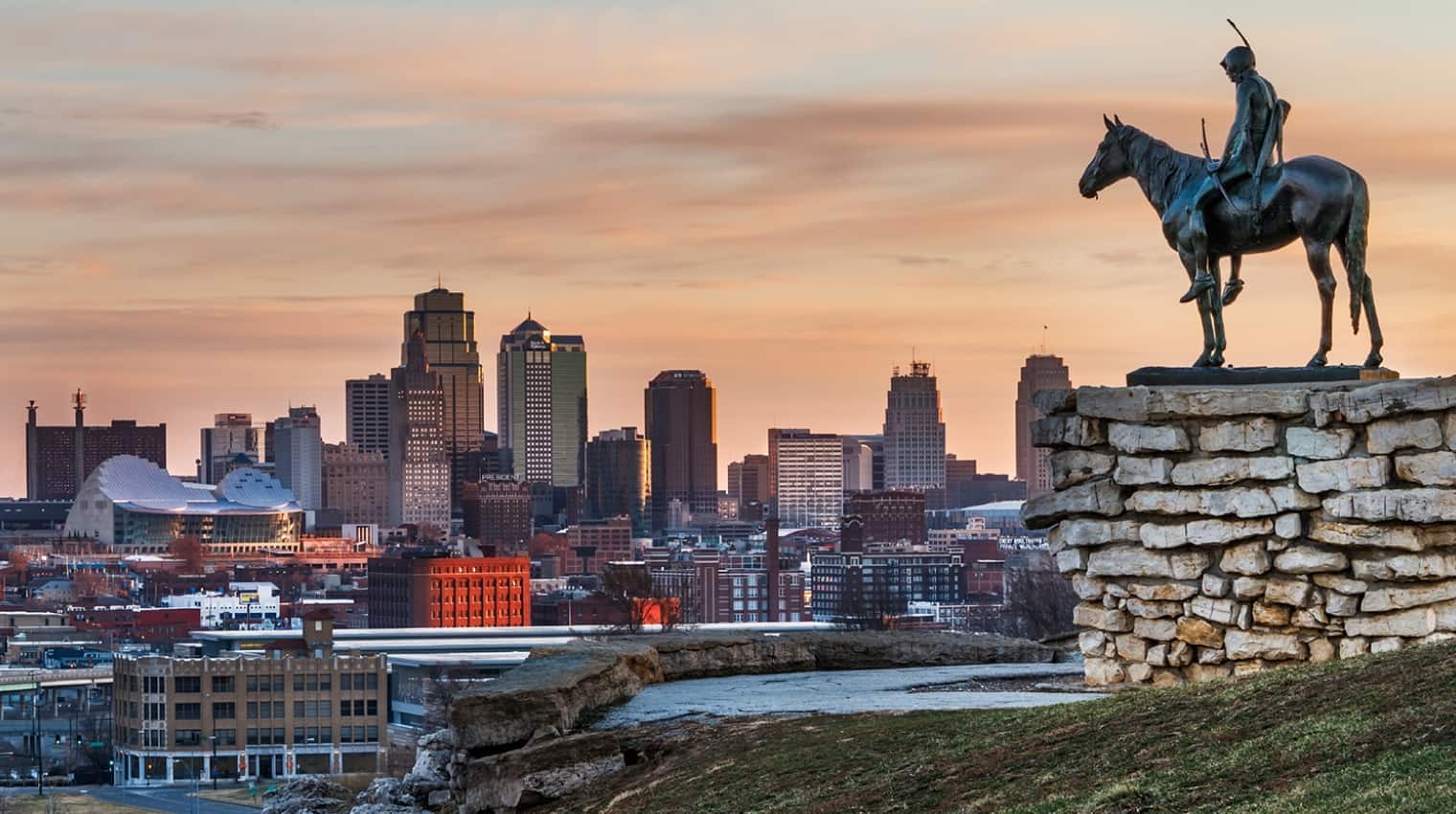 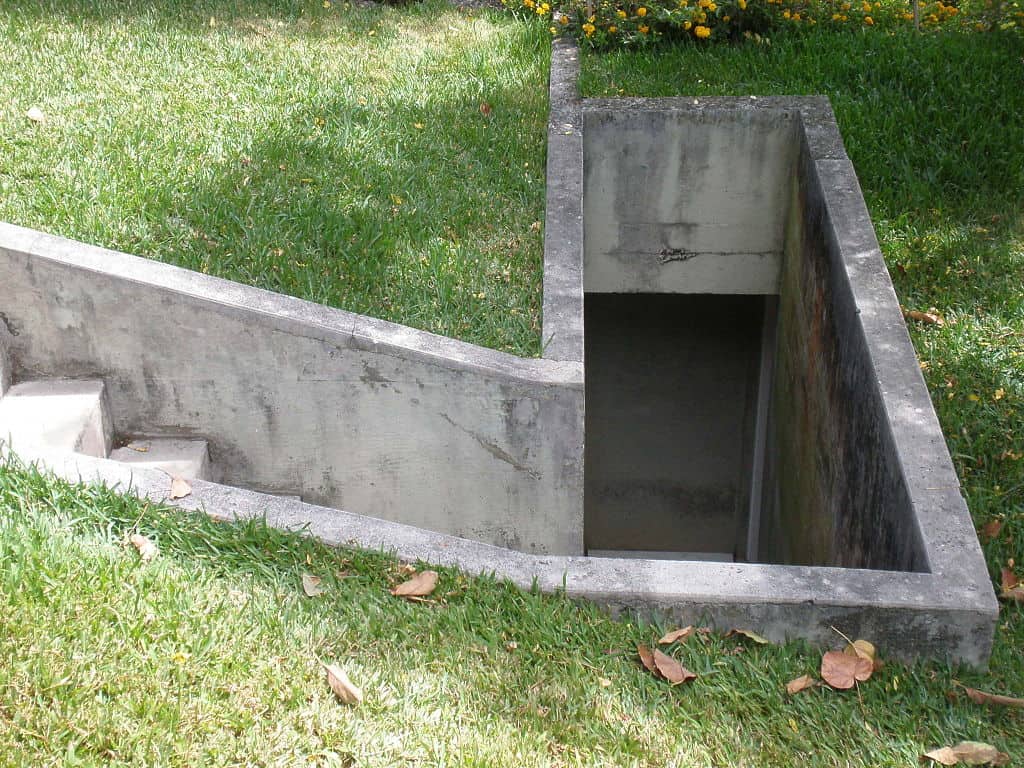 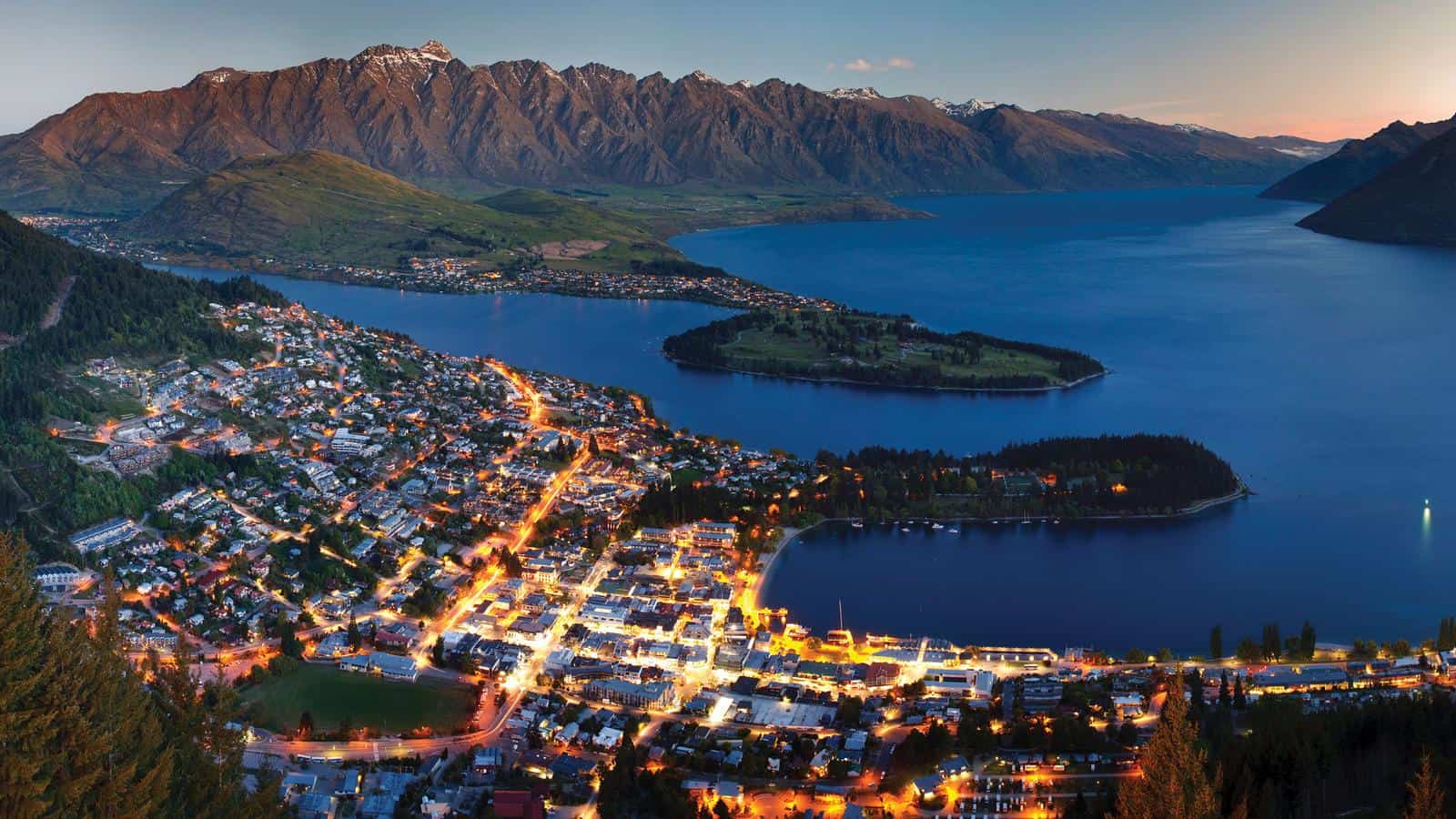 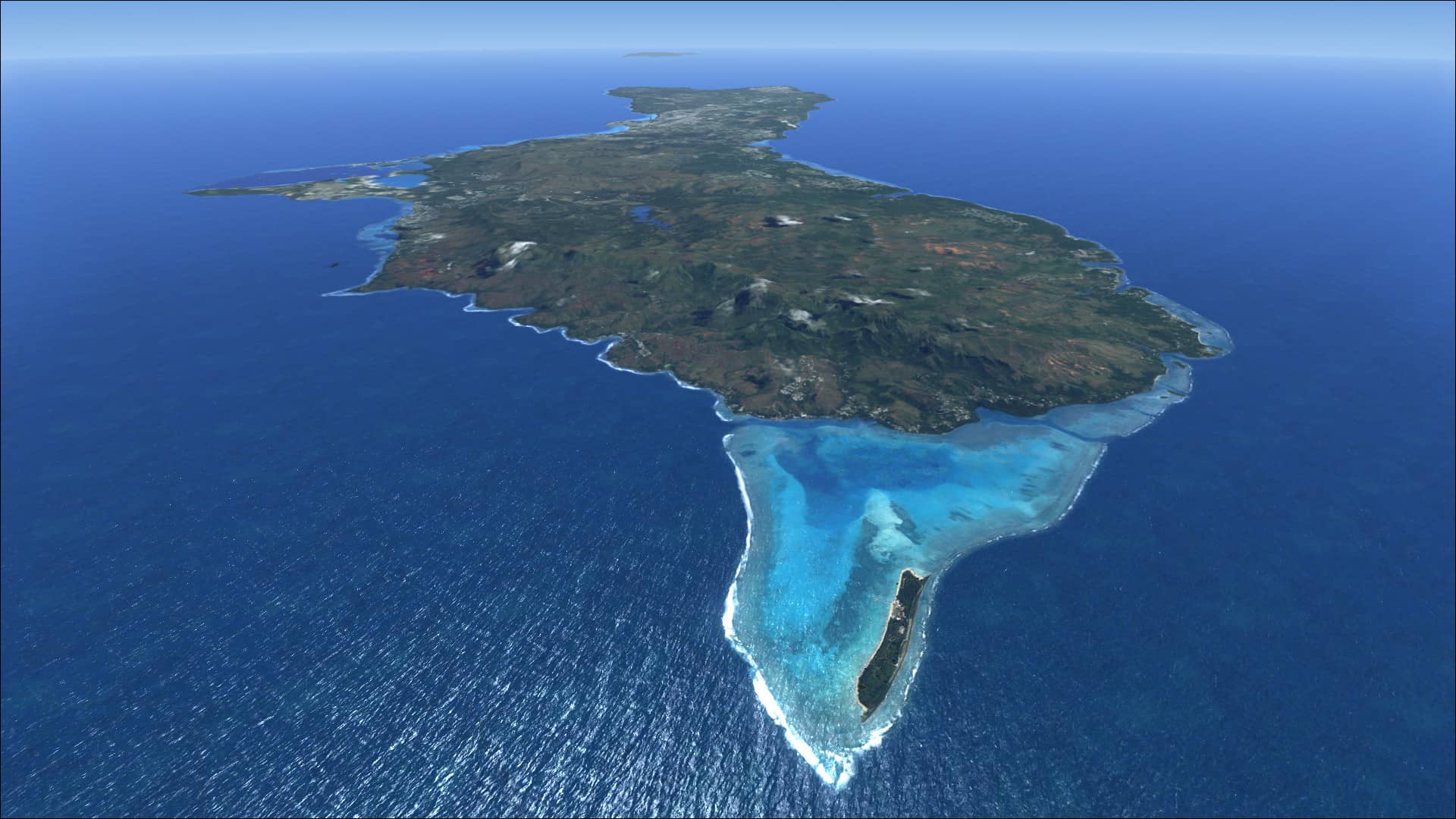 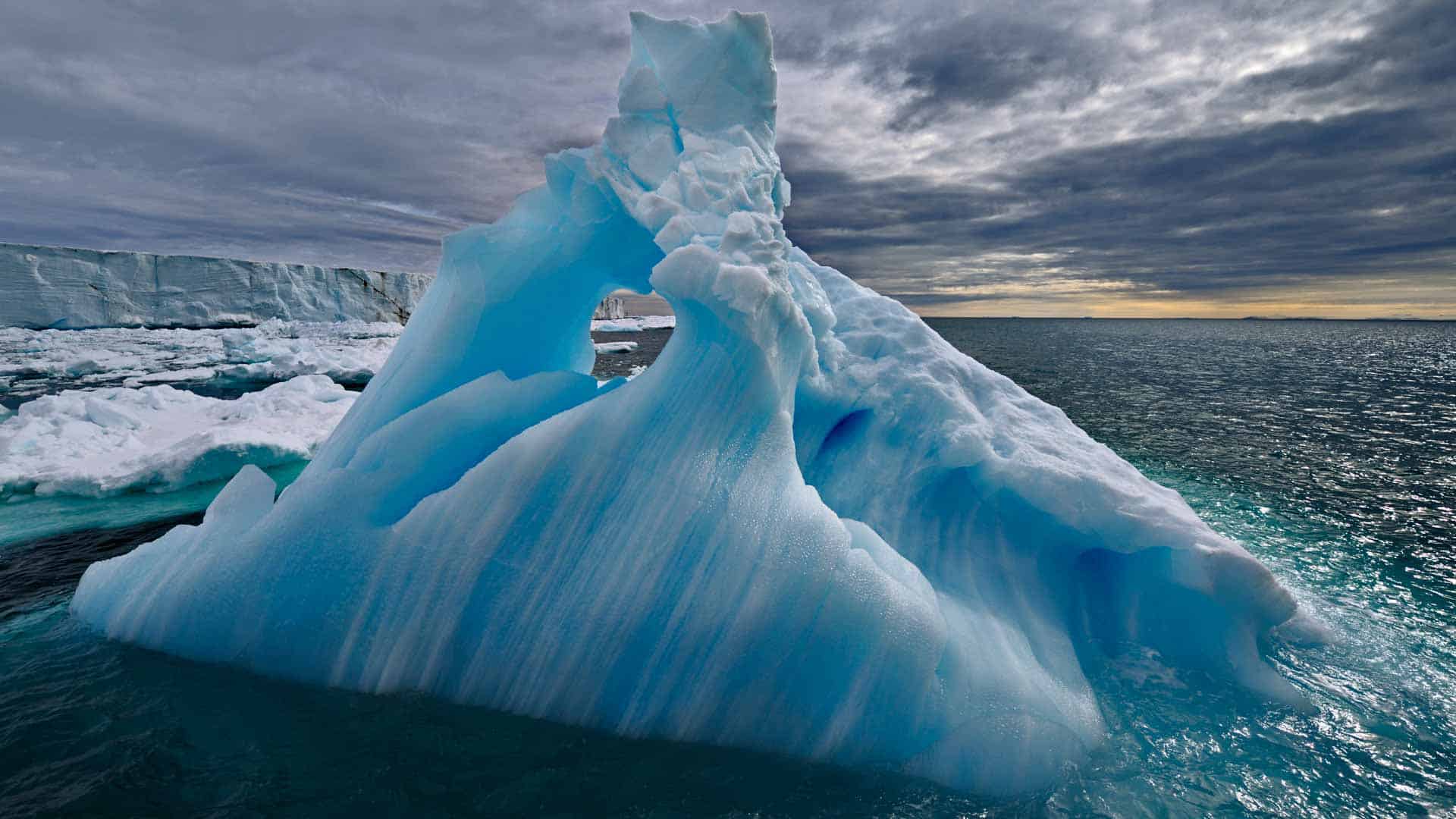 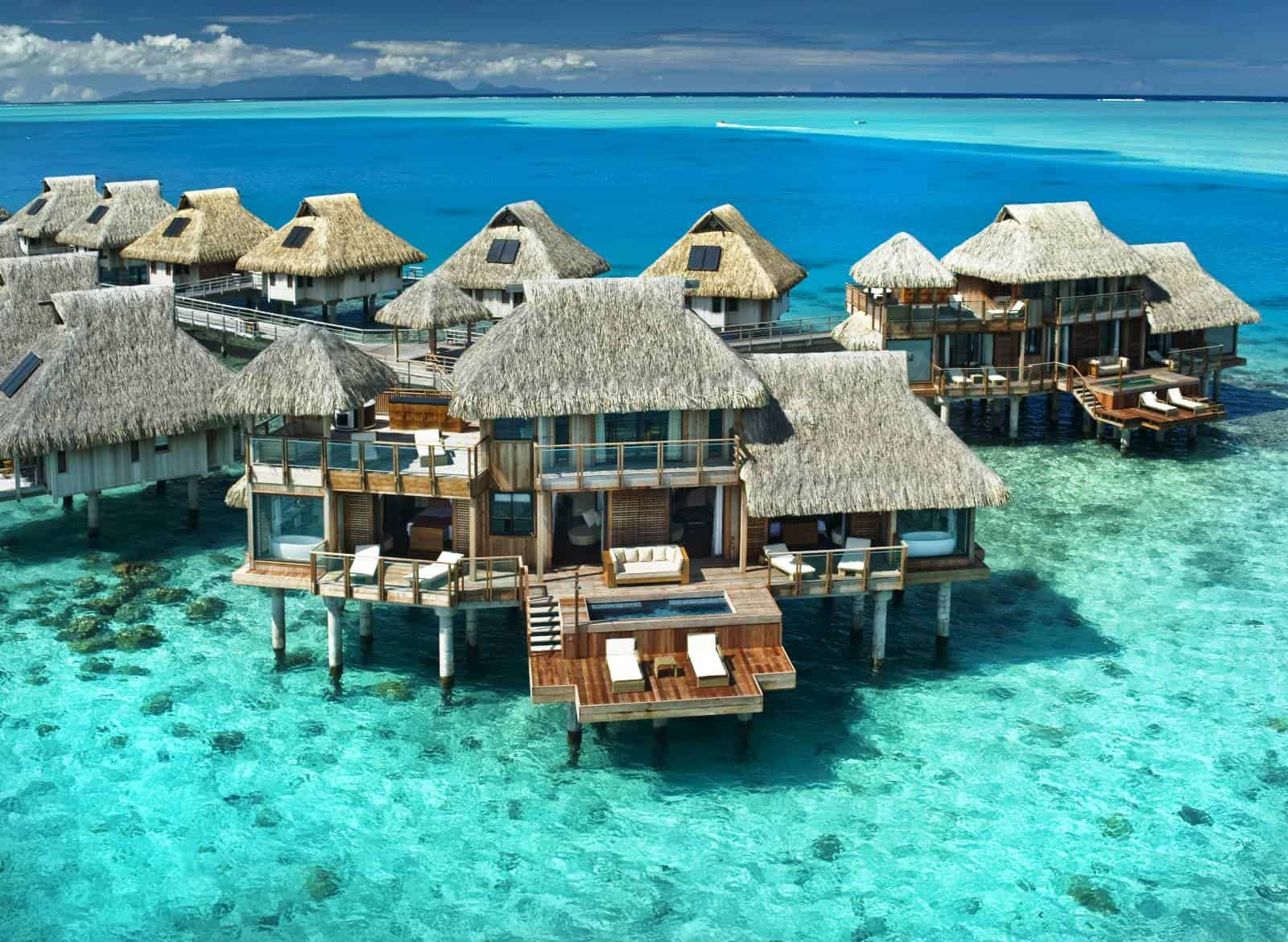 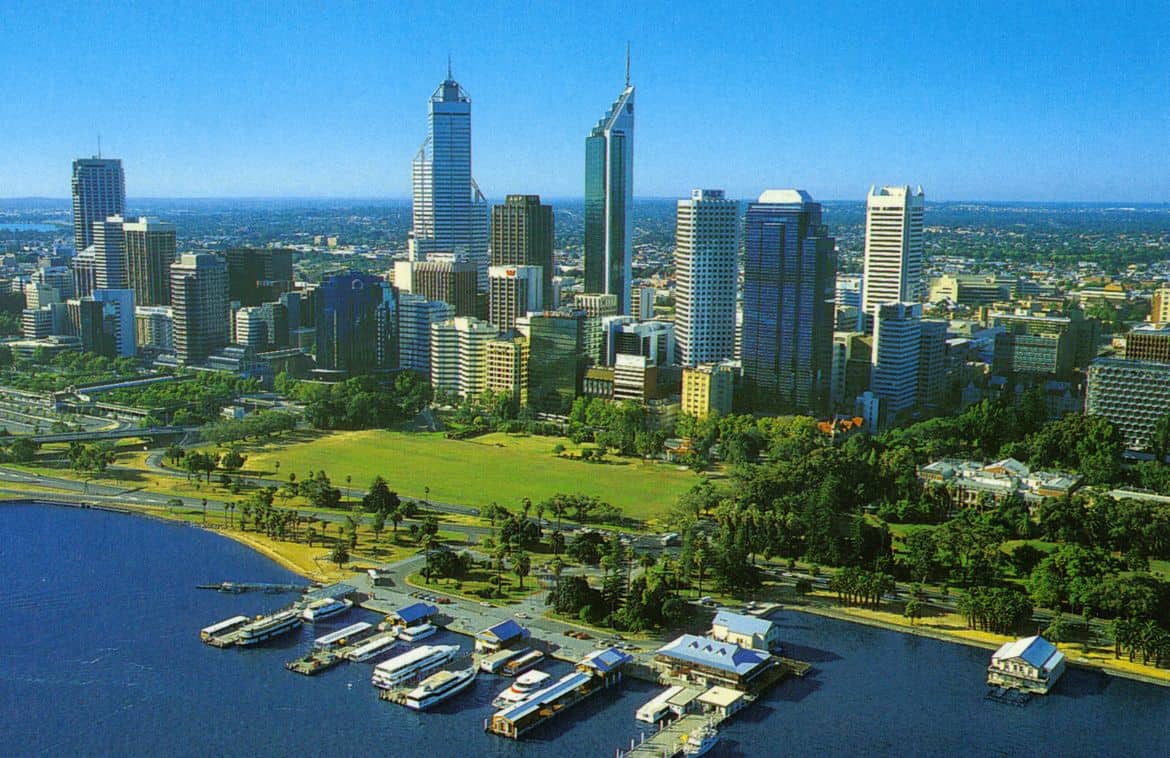 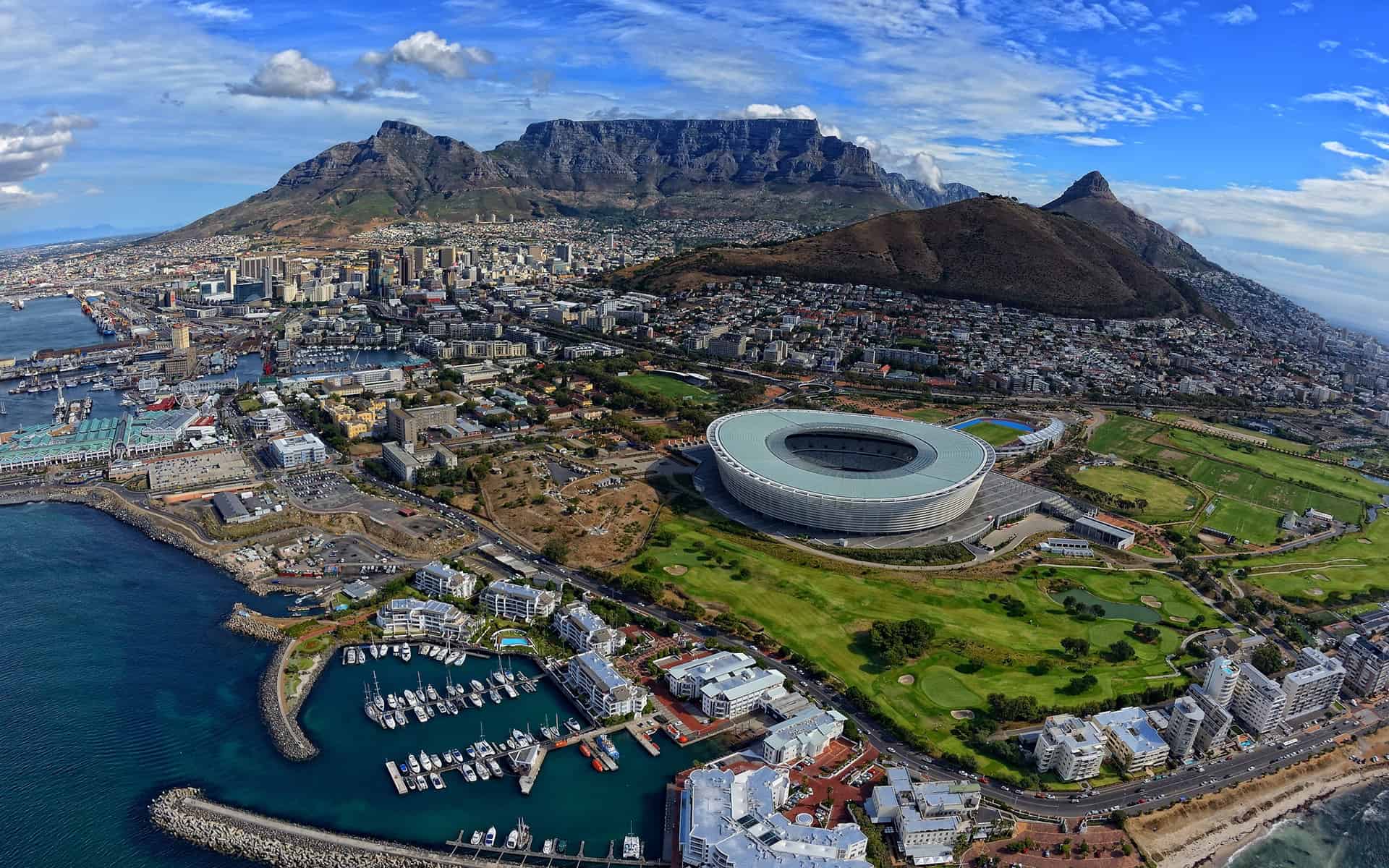 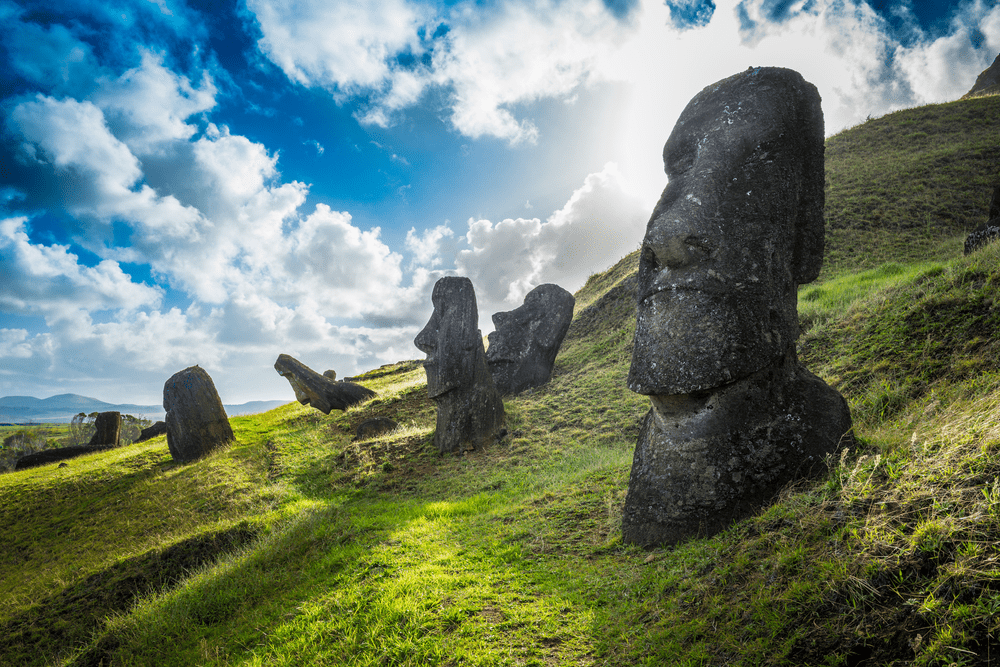 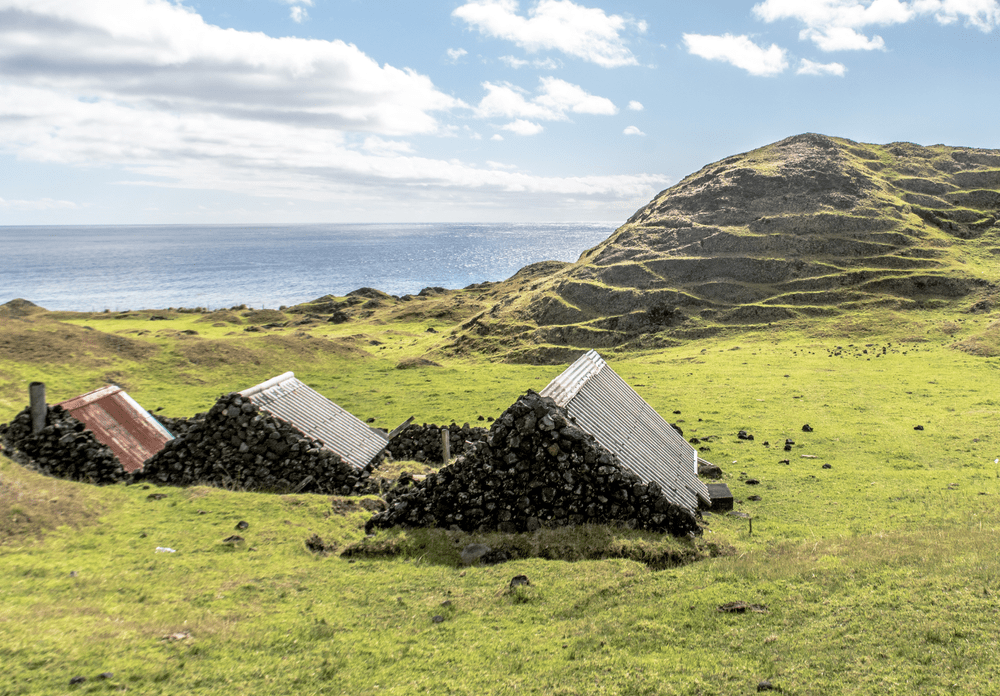 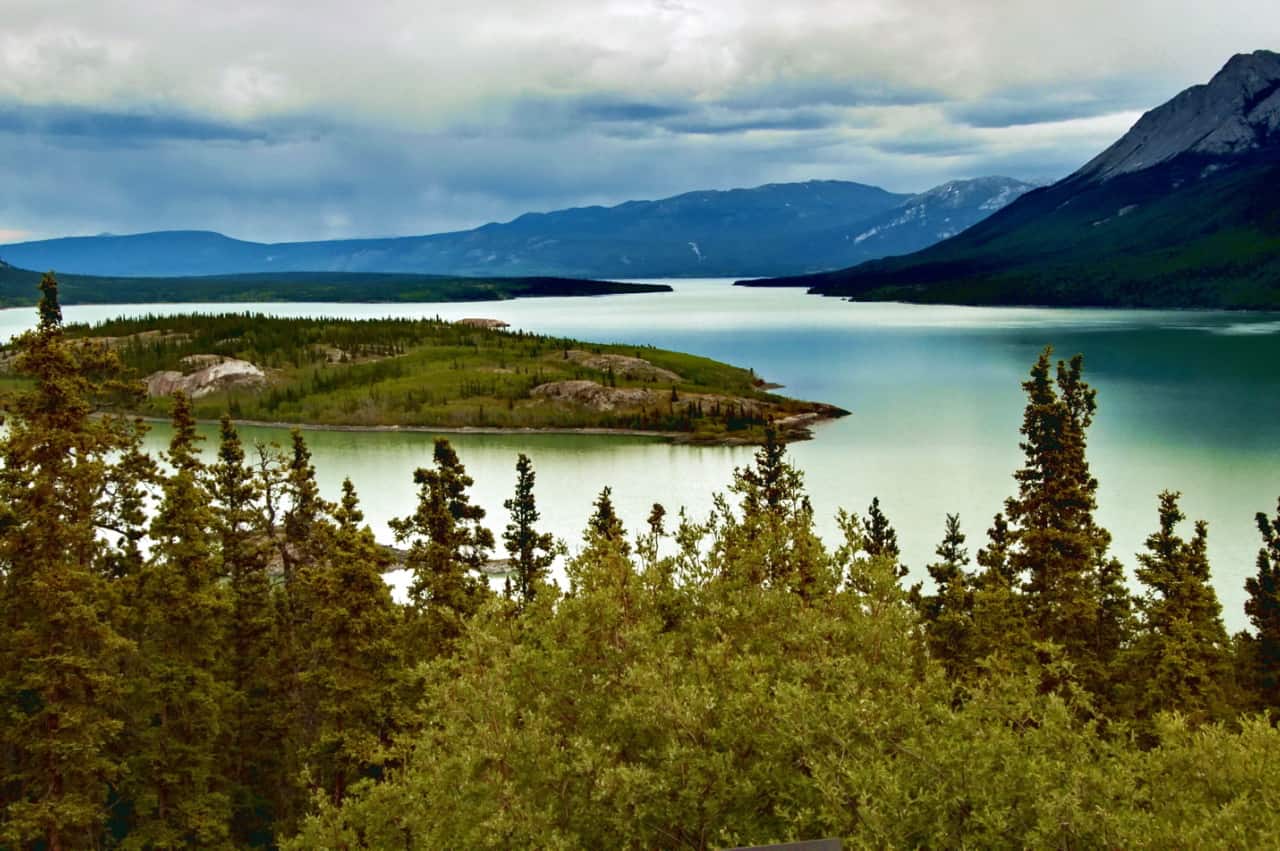 Back in the 80’s Matthew Broderick could teach a computer that global thermonuclear war brought about no more winners than you would get playing tic-tac-toe, a game notorious for ties. While humans are allegedly smarter than machines, some people who have their finger on a giant red button that could annihilate all life on the planet for a few million years still haven’t played enough tic-tac-toe to get the message.

Though the international arms race may be over and the days of ducking and covering when we see a mushroom cloud are long behind us, the threat remains that a madman could start a global holocaust. Which means you should know where to go should the big boom take place.

Determining Where Is Safe During Nuclear War

Due to the extensive nuclear arsenals that were amassed by the United States and the former Soviet Union, as well as many other industrialized nations to varying degrees, the estimated destructive capacity of current nuclear weapons on the planet is sufficient to obliterate life on Earth many times over.

Luckily, moves toward disarmament as well as time, budget, and changes in leadership have largely reduced the number of active and operational nuclear arms to a slightly more manageable level of wanton destruction.

Further, the Non-Proliferation Treaty (NPT) established in 1987 severely restricts the spread of the weapons along with the information and technology used to build them. This too has altered the nuclear landscape.

Safest Places In The World in case of Nuclear Holocaust

Using this data, as well as blast radius and fallout information for the bombs, along with weather patterns and the current global climate, both governmental agencies, as well as private organizations, run computer drills and simulations to determine the most likely course a nuclear war might take.

These projections add in millions of variables, run through various launch scenarios, and attempt to ascertain valuable targets so as to determine where strikes are most likely to occur. It is through the results of these simulations that the scientific community has gathered information about the safest – and the most deadly – places in the world, should the bombs drop in spite of Bob Dylan’s urging to “Go away you bombs.” 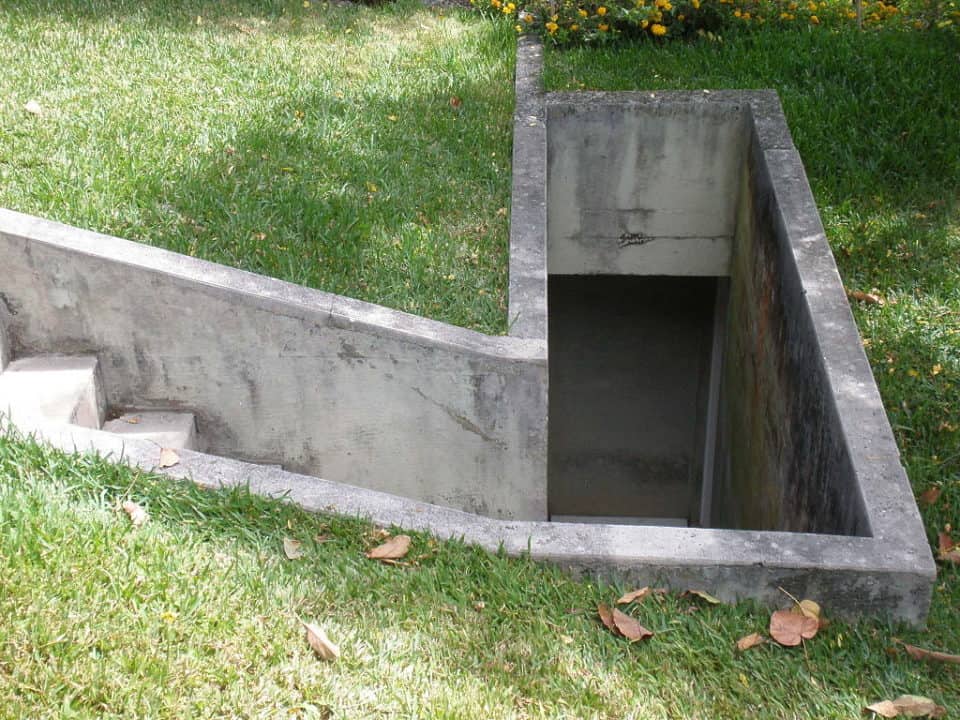 The uber-wealthy tend to prefer this strategem, since it allows them to keep their shelter close to home without requiring travel during a time when, presumably, multiple nations are trying to wipe out everything that walks or crawls. Like the days of the Cuban missile crisis, digging a deep hole and filling it with concrete is likely the best way to assure that you can actually get to your safety. Here, the deeper you go and the thicker you pour your concrete, the better. Maybe some lead lining wouldn’t hurt, either. Tiny House Design has some suggestions if you’re thinking of building your own nuclear fallout bunker.

The issue with digging down is if you do live in a high-risk area, you could still be looking at a lifetime spent as a mole person, assuming you managed to get down far enough to avoid radiation. You’ll only have about 10 to 15 minutes between when the bombs hit (if you’re anywhere near ground zero, you won’t have time to do anything) and when the radiation reaches you. Keep your mouth open if you see an explosion to keep your eardrums intact and RUN to your shelter. Then you have to think about contaminated groundwater and food supplies. Really, you’re better off moving somewhere that the nukes aren’t likely to find.

The small, sparsely populated nation of Iceland is largely divorced both from most major international politics and from physical contact with another country. The combination of physical isolation, neutrality on the governmental stage, and an inhospitable climate make it a tremendous place to stay safe from nuclear issues. 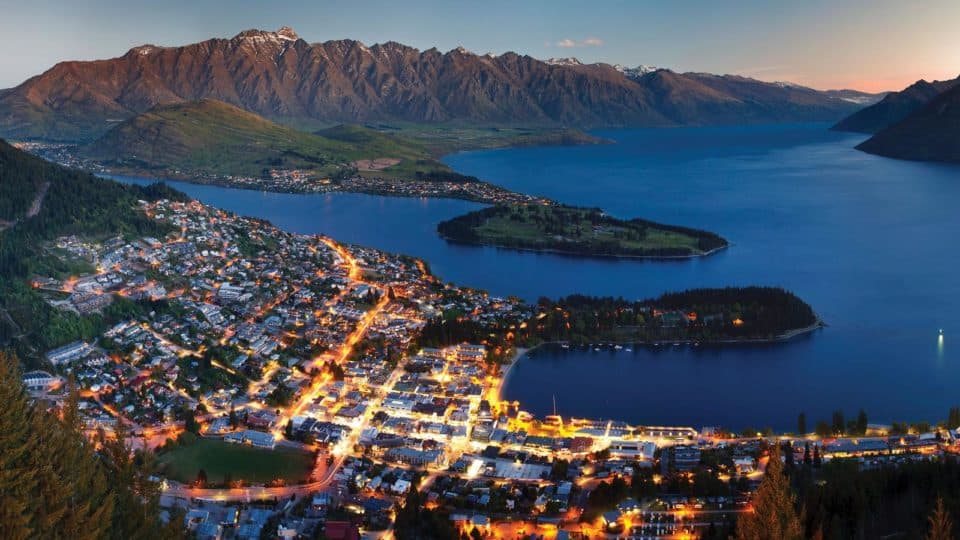 New Zealand is a lovely agricultural country that feels like a small town, no matter where you go. Bearing no nuclear arms themselves, having almost no military, lots of space to spread out, and being far from everywhere except Australia, this even has a warm, enjoyable climate to spend your end of days in comfort. 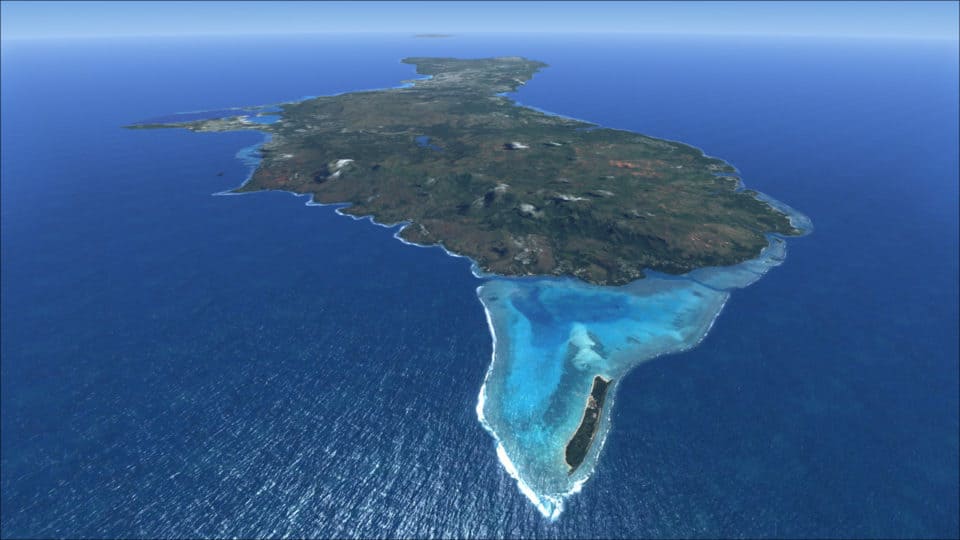 Countries that have long been major bases for the United States military typically rank high on the list of Places Nuclear Bombs Will Destroy. In the case of Guam, the fact is that no one really wants it. It’s a nice land, but isolated, with few resources and no threat to anyone. 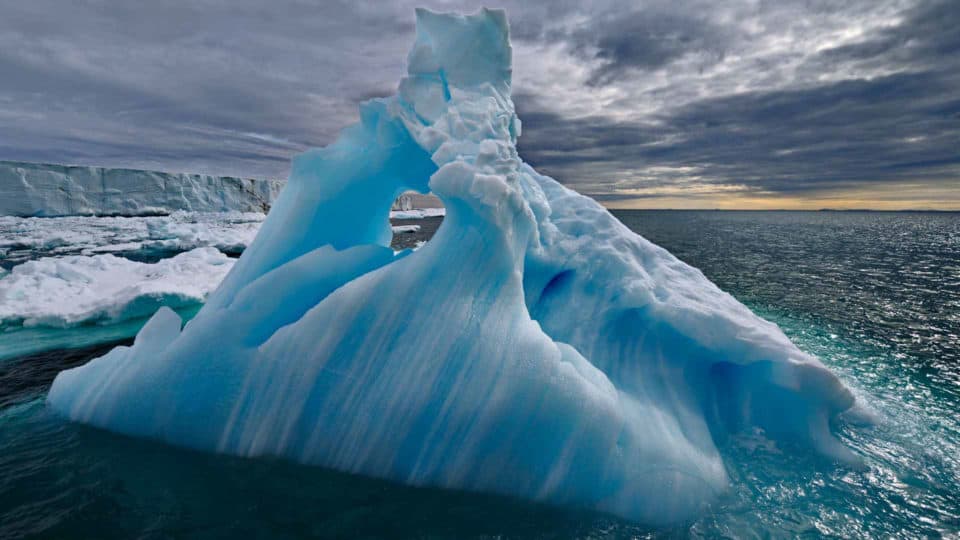 An obvious choice, it’s a good place to avoid bombs, but a terrible place to live. You’re going to need to pack enough supplies, because you aren’t living off that land, and you’d better pray the nuclear apocalypse happens during summer in the southern hemisphere. 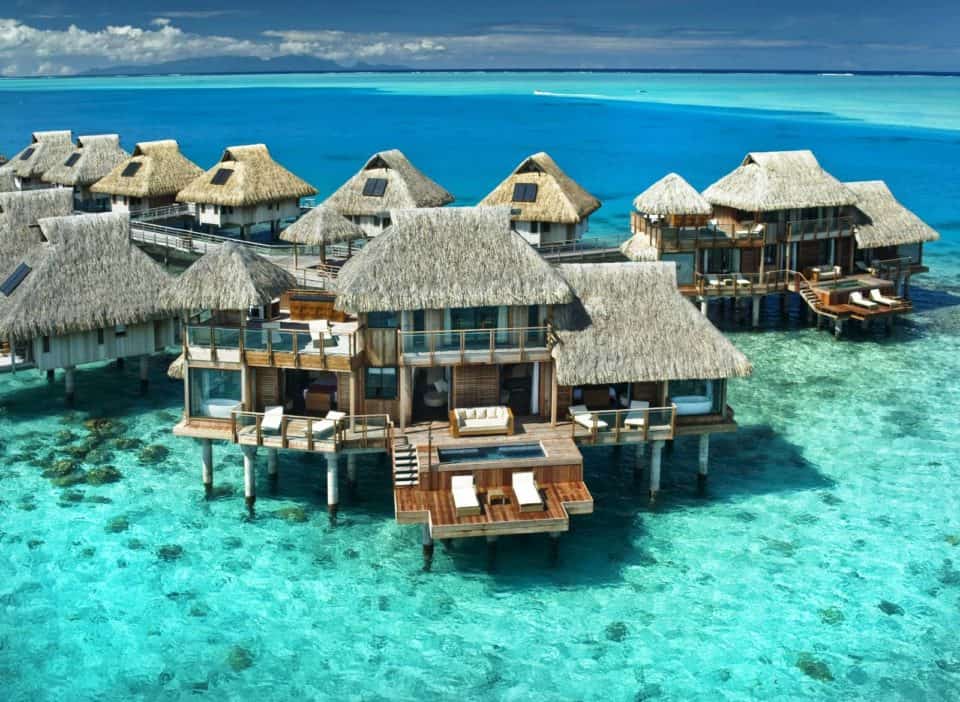 More than 400 islands, French Polynesia is too scattered to really warrant an attack, and far enough from any shore that the water should sink nuclear fallout before it drifts in on the tradewinds. Also very pretty and sustainable. 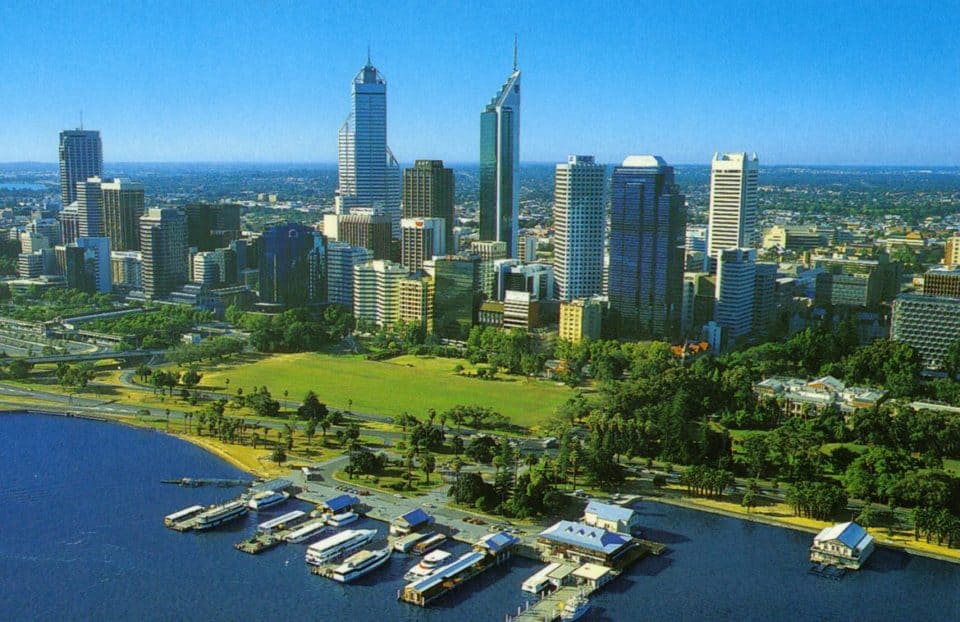 Australia’s eastern coast is likely to suffer, since there’s seats of government, major cities, and political players on a global level. On the west side, there’s desert. Then, there’s Perth. While there’s other cities that might work, Perth is place away from anything else, so should someone get trigger happy and start hitting anything that looks viable, it’s deep under the radar. 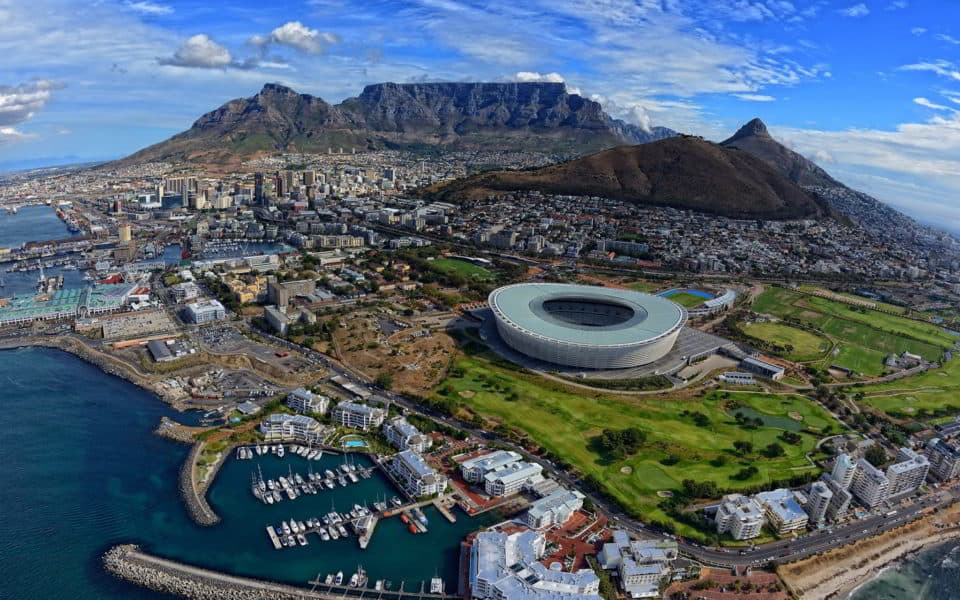 Though Apartheid may have caused many to stir against South Africa, the nation doesn’t otherwise bear many international political problems, has solid infrastructure from English occupation, and isn’t a threat to anyone. As a bonus, English is commonly spoken there, the people tend to be very welcoming.

If you want to shelter from the initial bomb drops as well as consider the ability to cultivate the land and try to rebuild a life, then the Easter Islands would be a solid choice.

These islands, located off the coast of South America are largely unpopulated and so remote they would surely be the last place to fall victim to nuclear attack. Their location should also help reduce any exposure to fallout making them a remarkably safe and sensible idea of your new post-apocalypse life.

Instead of going out to get away from the blast, living in the mile high city means you’re going up to save yourself. Though nearby Cheyenne Mountain is a major target, thanks to the NORAD installation, Denver itself is not. Being up where the air is thin reduces the ability of fallout to travel, and being close to a target, but not a target itself allows Denver to remain blissfully forgotten. A bit of a gamble, the proximity to NORAD is actually helpful since there’s few places the government works harder to protect from all attacks.

The most remote place on earth, yet it is perfectly inhabitable for humans. Sounds like a great place to escape from the threat of nuclear extermination. It’s a wonderful fishing hotspot too which means you will have access to some means of sustenance also.

When looking for somewhere to live in a post-apocalyptic landscape, you can’t really afford to be picky. However, with Tristan de Cunha you win on all fronts. It’s located around 1,700 miles off the coast of South Africa (Cape Town) which means you would be safe from at least the initial blasts and early fallout. 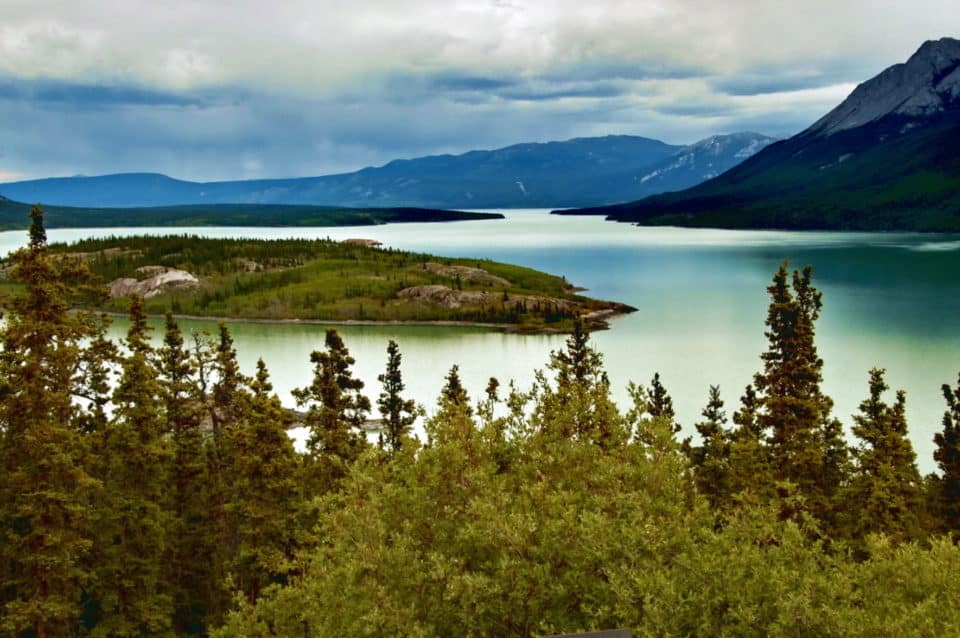 While the dense forests and lush wildlands help diffuse any nuclear fallout, you’re also going to be coping with extremely limited infrastructure and plenty of bears who are happy to kill you without any fancy codes or red phones. Plus moose, which are far meaner than any bear. They’re mothers-in-law with antlers.

This list is of course, largely subjective. It depends on a great many factors, not least of all your ability to travel to and access some of these remote locations. However, if we allow ourselves to entertain the idea that each of them is just as easy to find as the rest, where would you choose?

For the list, we made some tough choices, which, at first glance may seem a tad strange. Yes, there are busy trade routes up and around Iceland, but the country itself is remote and offers plenty of shelter spots. The same for adding Denver, Colorado. It’s a calculated risk, but every list deserves a dark horse or two.

The comments are open, so don’t be shy, let us know where you would want to restart your portion of civilization, and why. Perhaps you feel as if we have overlooked a key location. Tell us, we’re nothing if not open to correction.

51 comments
TheCoolist is supported by our readers. When you buy through links on our site, we may earn a commission. Learn more.
Join TheCoolist
100% free, unsubscribe anytime.
Related Reading
Let's connect