14 Self-Defense Tips and Tricks To Stay Safe Out There 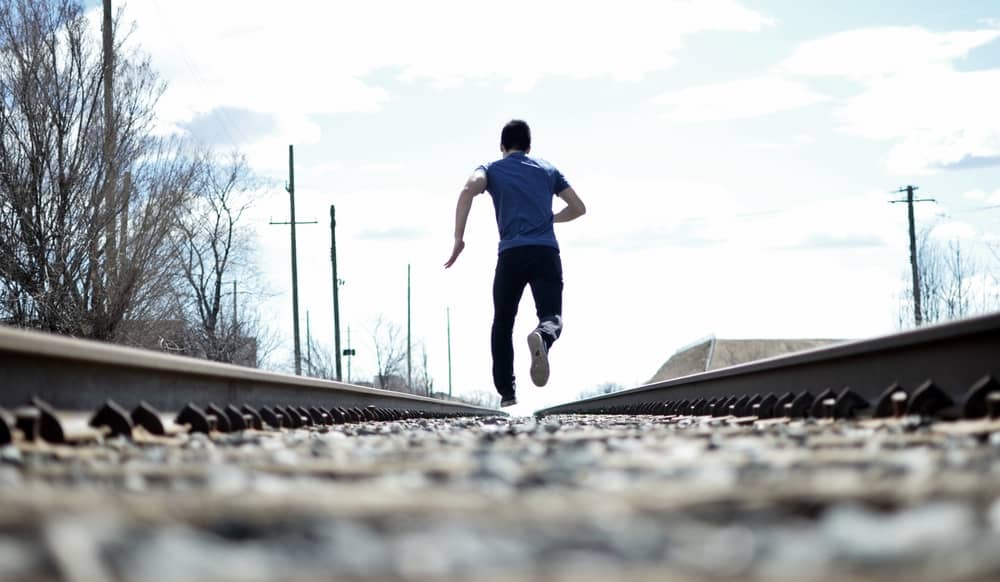 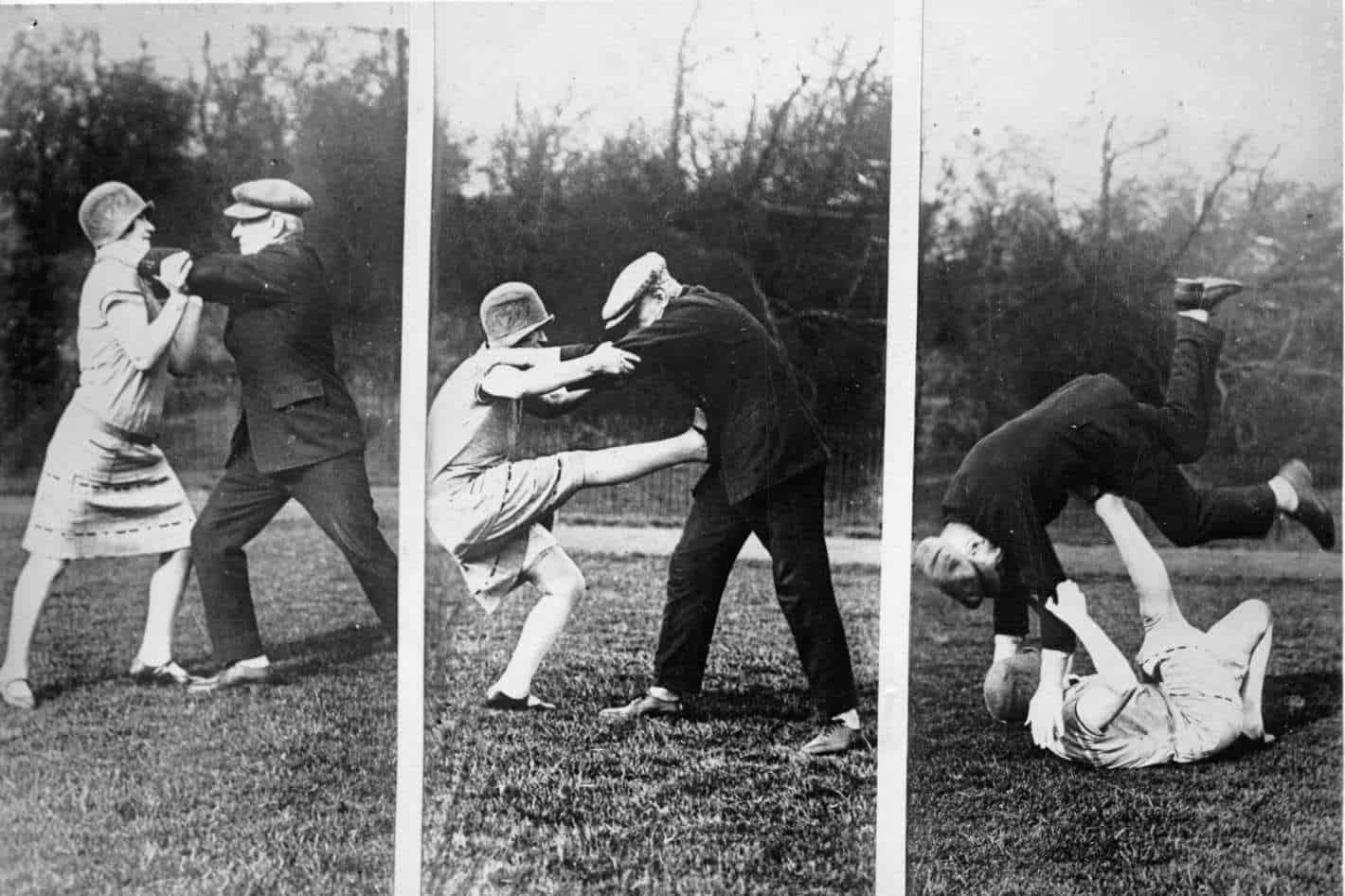 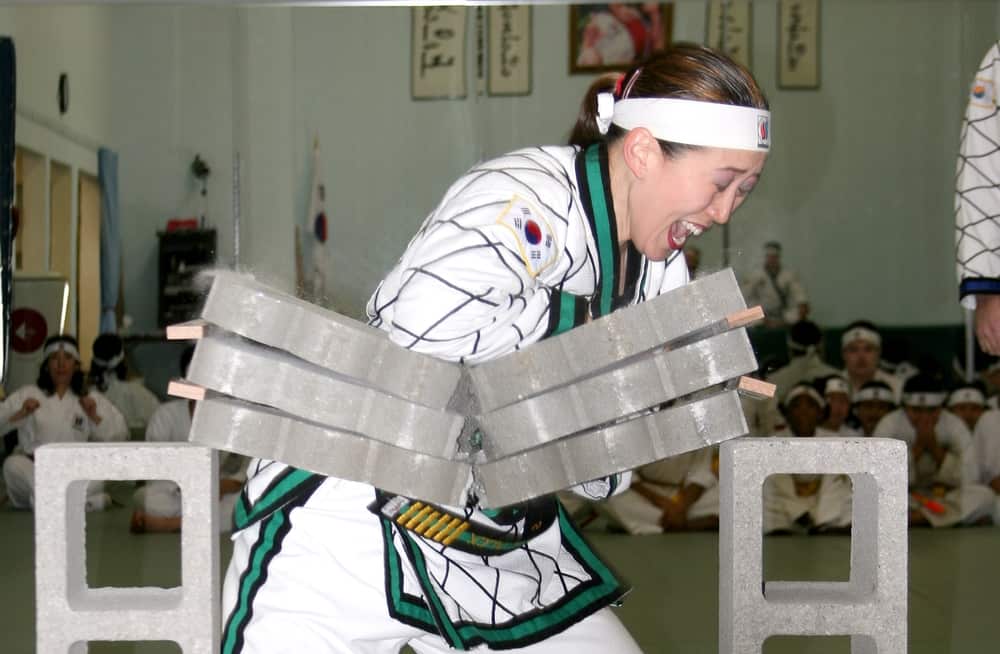 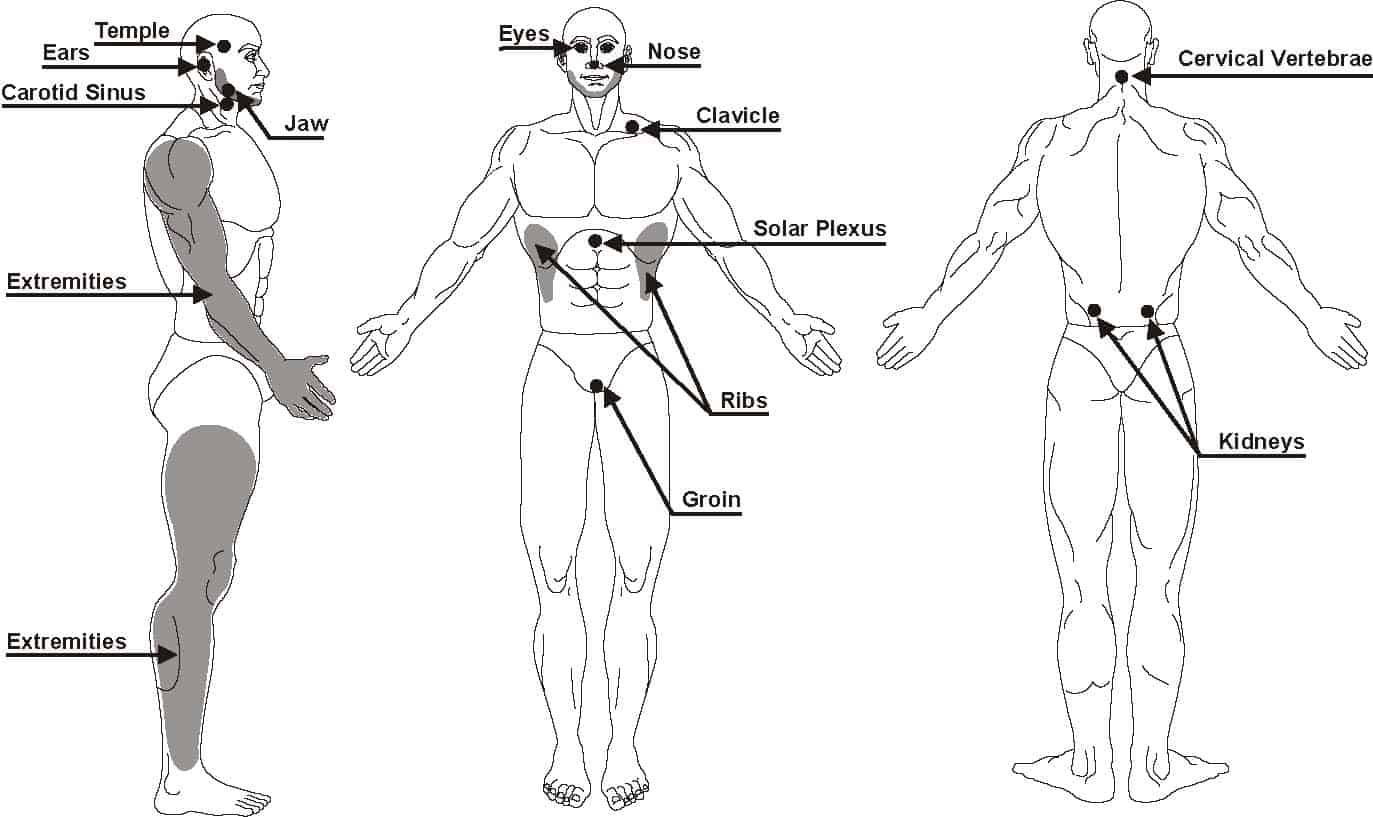 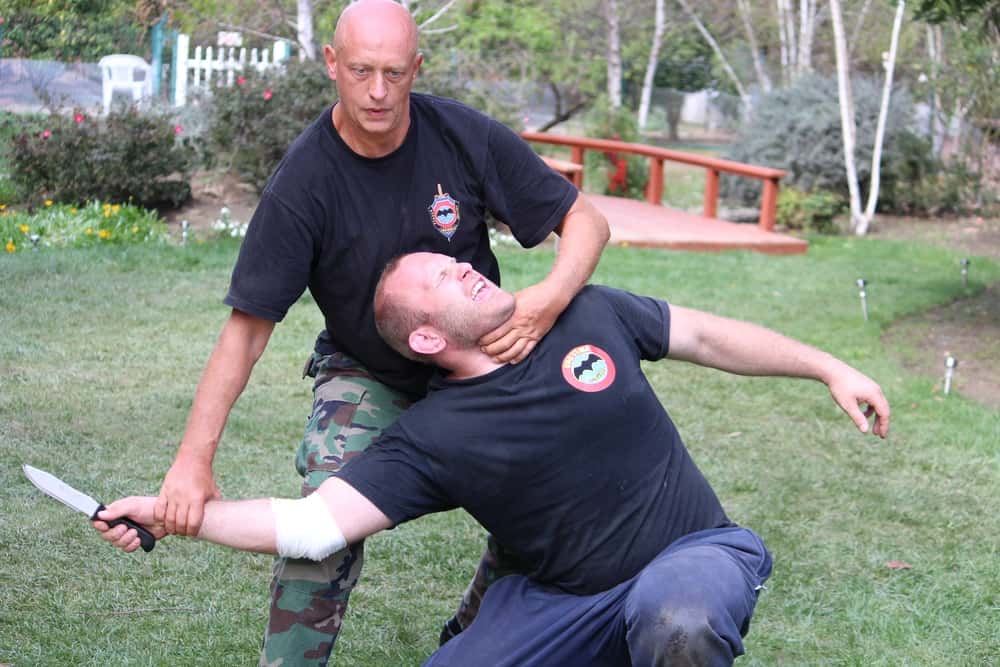 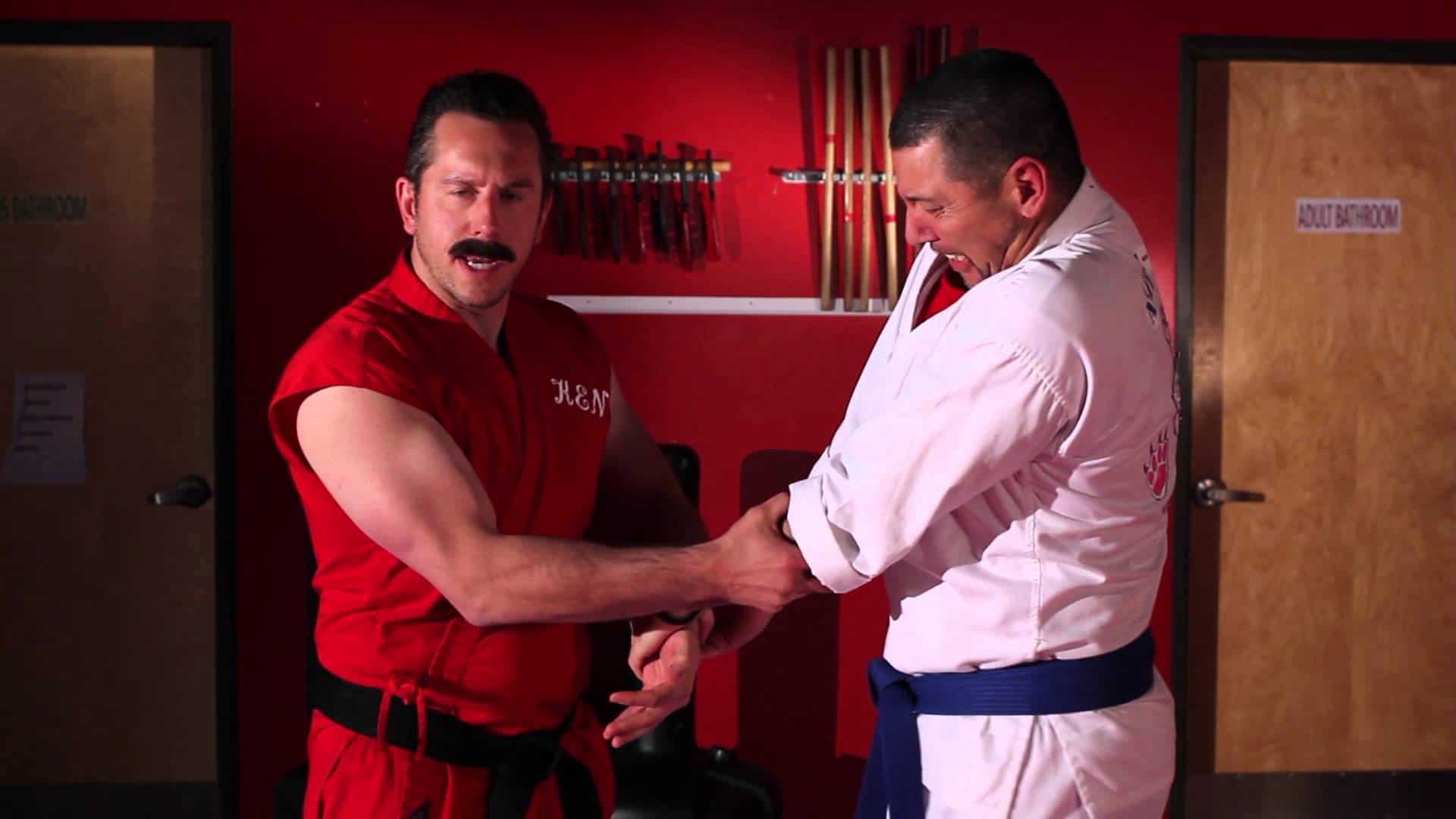 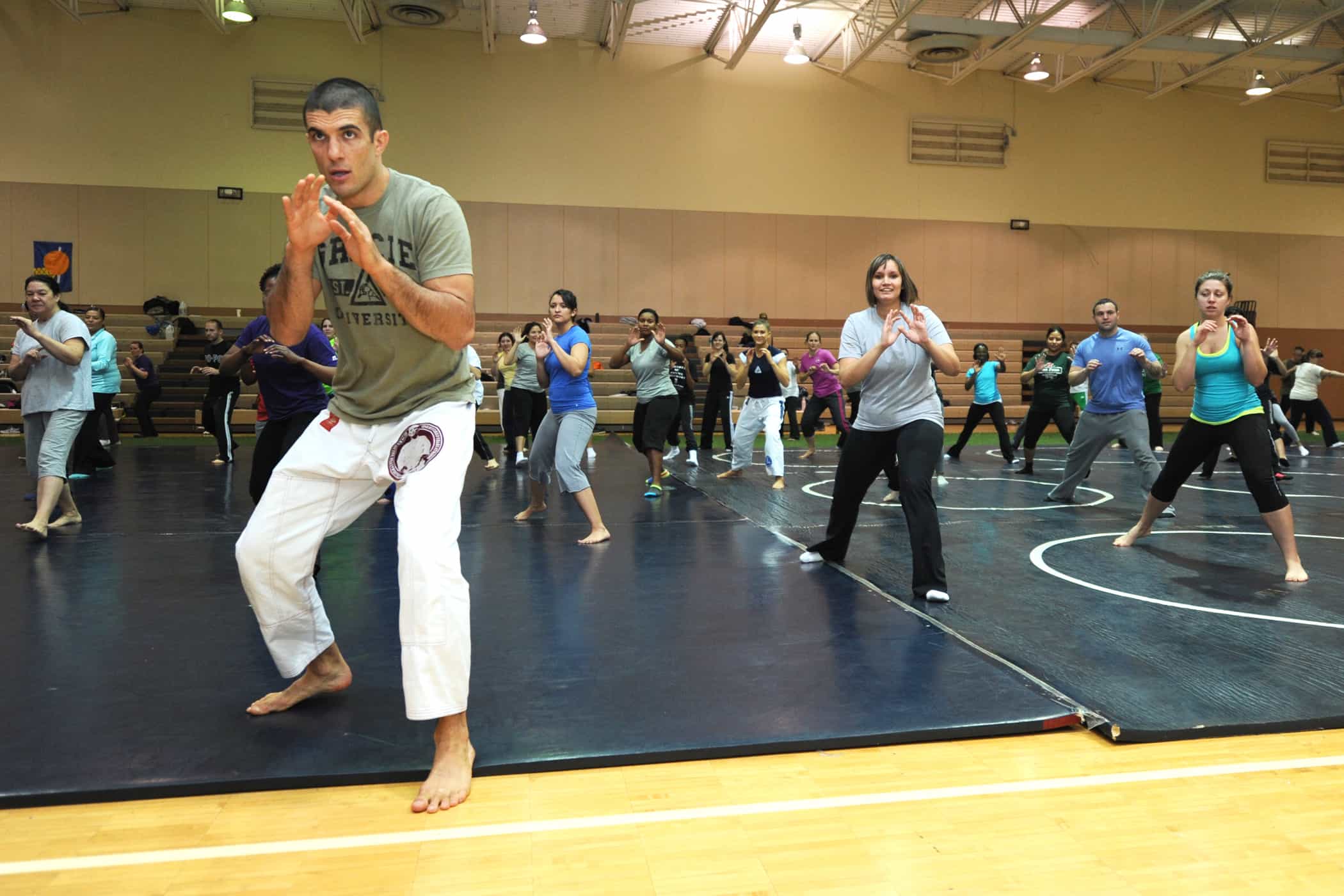 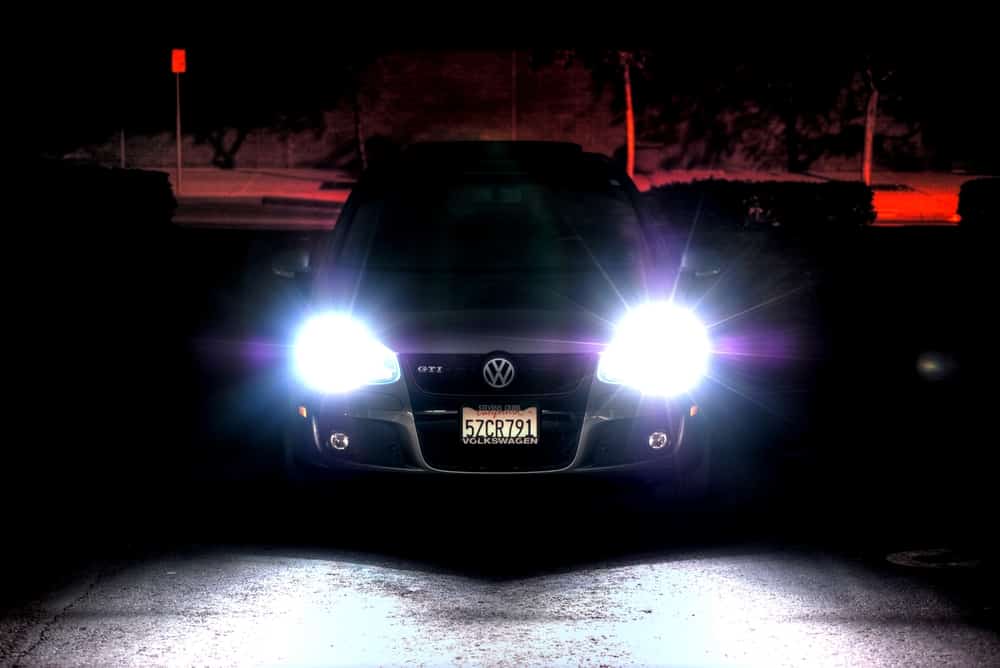 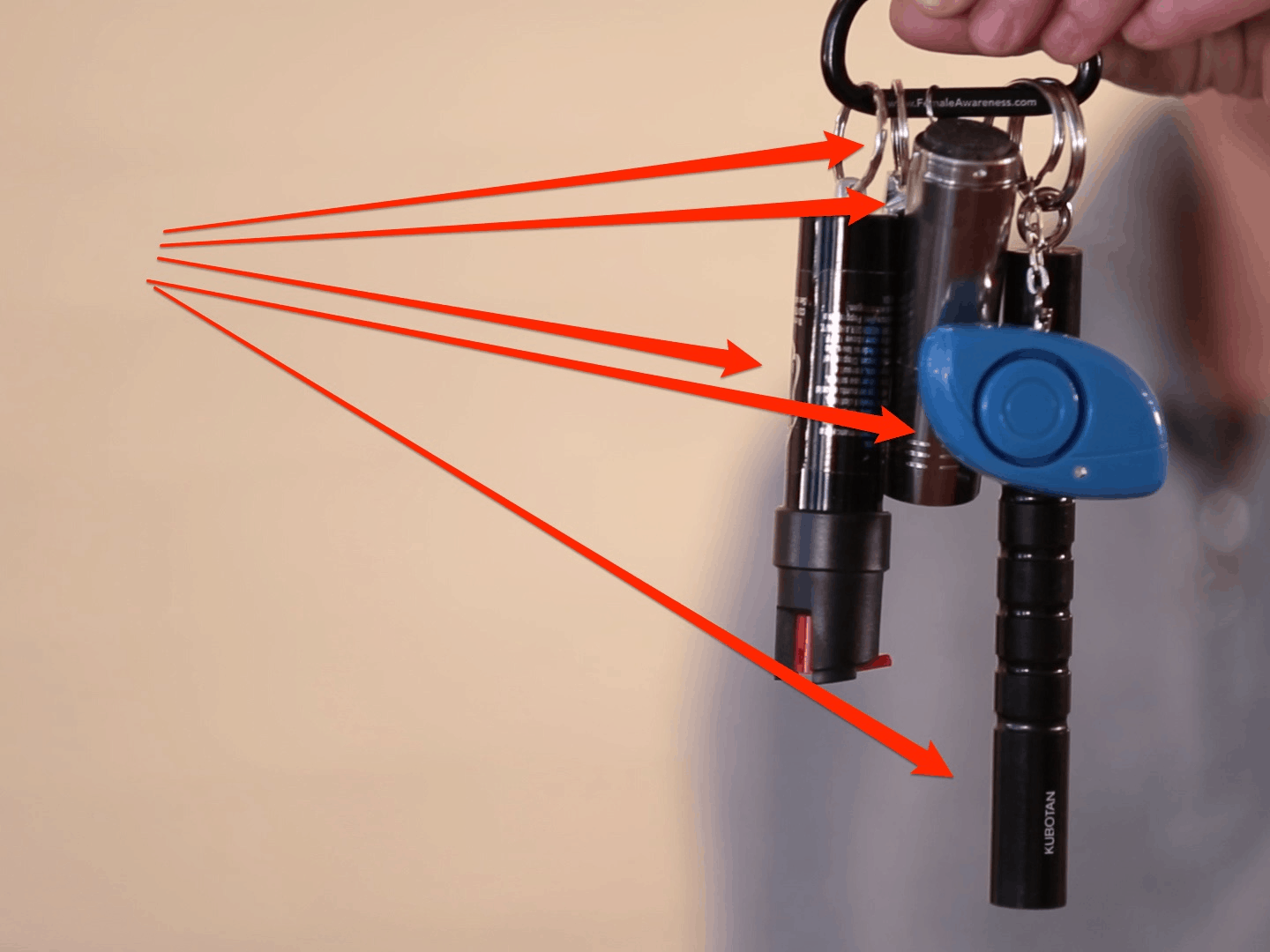 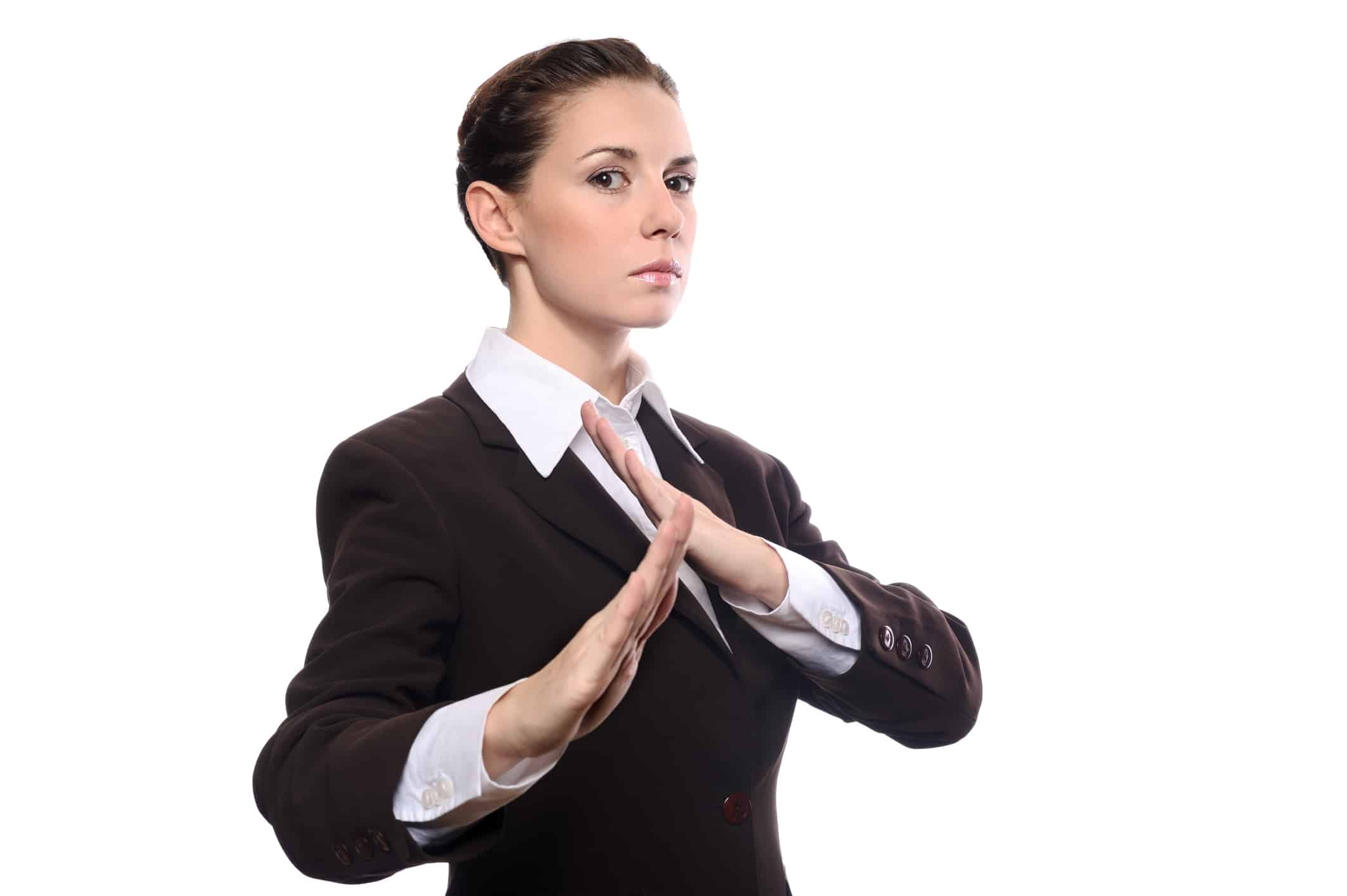 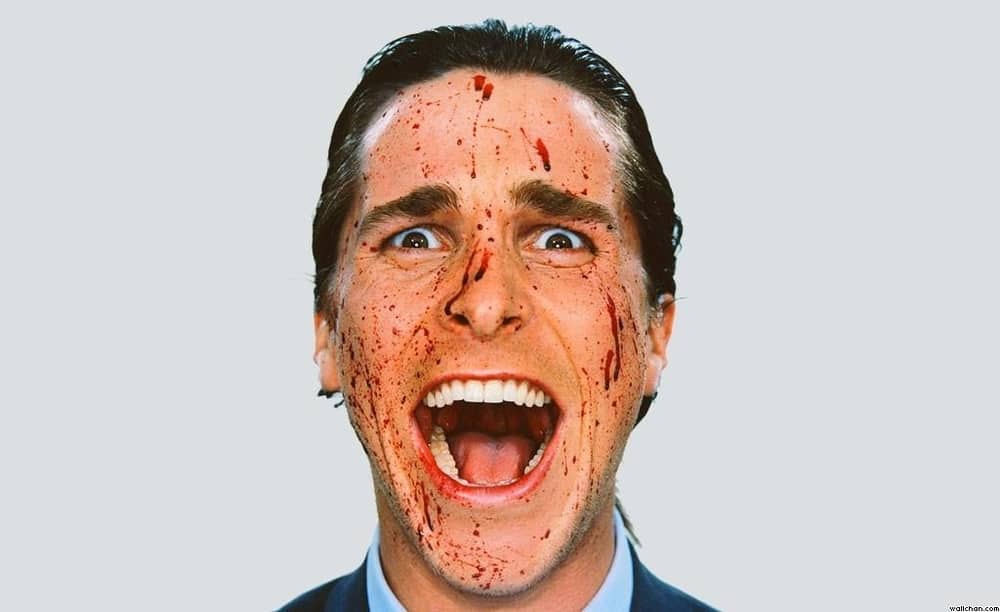 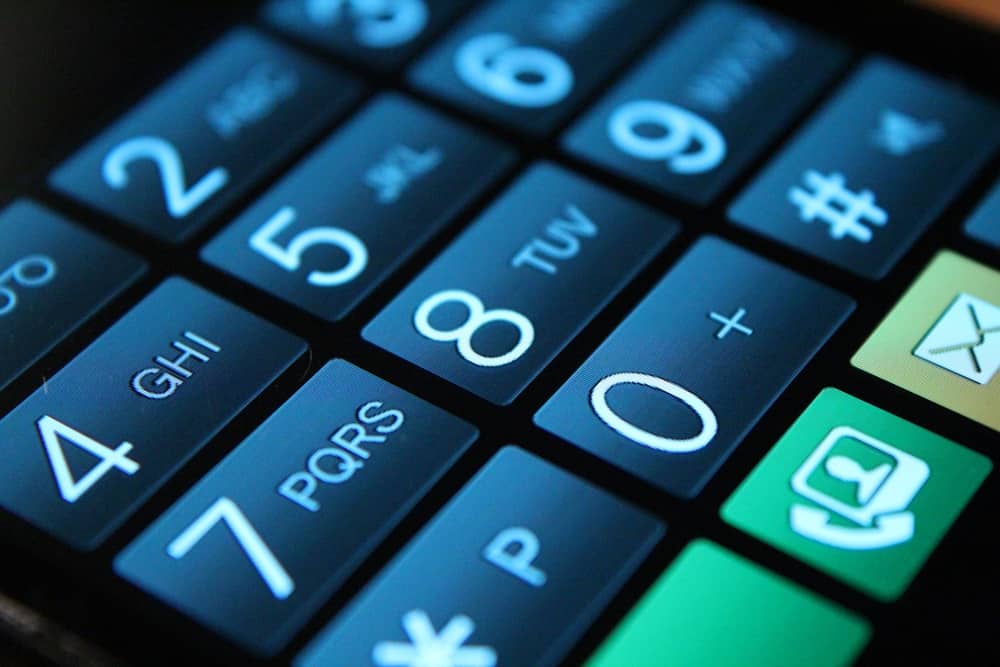 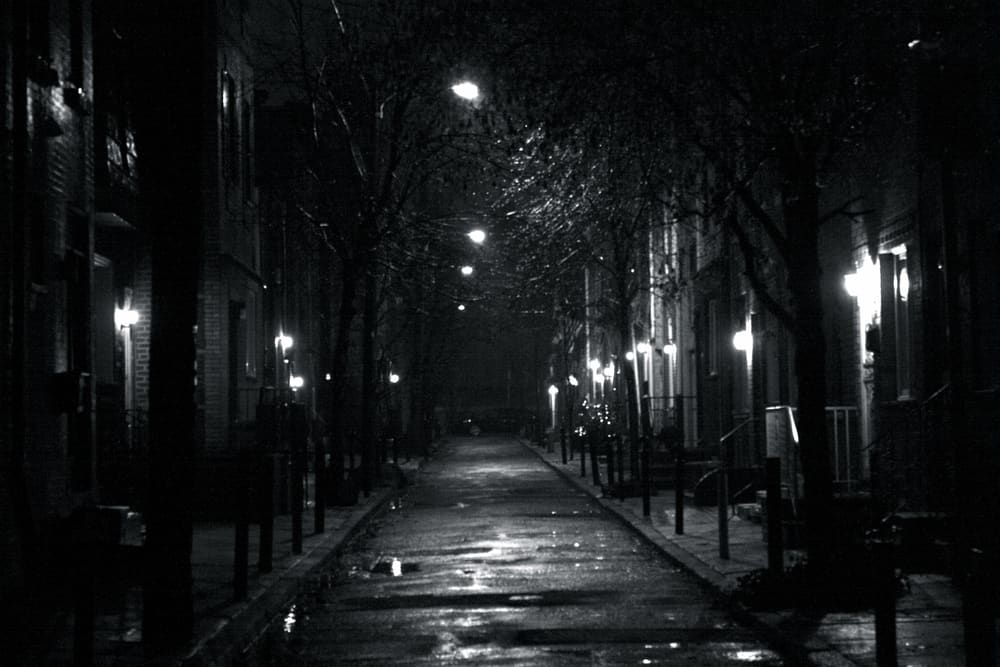 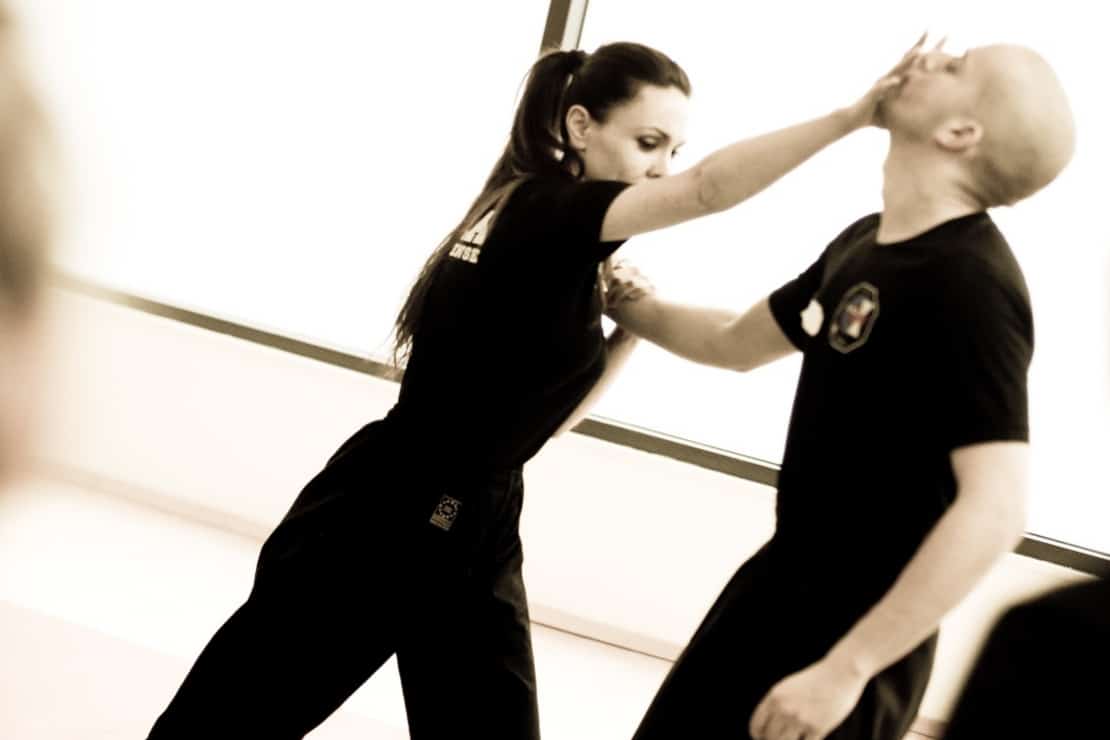 Though you might not know it, at some point in your life a predator has looked you over to decide whether or not you’d make a good target to roll, rob, rape, maul, or murder. That’s just part of being in the world. If you’ve managed to go this long without any of the above occurring, then you’re lucky, but that won’t mean that circumstances won’t send such a situation your way. You could also find yourself in a scenario that gets out of control at a bar, the gym, or even in your own home. Pretending it can’t or won’t happen to you isn’t enough. You need to be ready. That means knowing some basic self-defense to make you a less opportune victim for the wolves of the world.

Self-defense is all about being smart and thoughtful when threatened. It has little to do with size, though being a large man is always going to help you at least look like less inviting prey. Though you can’t rely on that to save you, since there’s always someone or something bigger and nastier than you just spoiling for a chance to lay you low. Each of these self-defense tips focuses on actions and attitudes that anyone of any weight class or physical ability can put to good use.

Preparation is most of the battle, and that means knowing what you’re going to do and how you’re going to do it. Practice a defense plan over and over at home. Use a friend or a dummy as a faux attacker. Doing this is creating muscle memory that you’ll need in the heat of the moment.

Be Aware Of Your Surroundings

We all have latent instincts that will give us information, so long as we pay attention to it. If you’re isolated at night, that’s a good indicator that you could be in danger. While there’s absolutely zero blame to any victim of a violent attack, keeping your senses focused on the environment can tell you possible escape routes, potential hazards, and make you more dangerous than someone obliviously listening to their earbuds.

The beauty of cellular technology is that you can reach out and touch someone from almost anywhere. If you don’t like your circumstances at all, call someone and tell them where you are. This way, should something go wrong, the police can be notified right away and have an auditory witness who can set them on the right path. If you just disappear, it could be hours or days before anyone thinks to look, and then the trail is cold. Attackers avoid people clearly talking on the phone for this reason. Just be sure it doesn’t detract much from monitoring your surroundings.

Vocal chords were developed as a means of protection. You should use this to your advantage, since the sudden noise is likely to give a would-be attacker pause. You should even go so far as to practice an intimidating yell, as you don’t want to sound panicked, but aggressive. This is particularly important for women, who naturally have higher voices and less menacing screams. You’re trying to draw attention to yourself and menace the threat. Learn to yell “No!” and “Stop!” as those also send a clear message that whatever is happening needs to cease, so anyone who hears it doesn’t mistake it for playful or exultant cries.

Yelling works even better when it is combined with an athletic or combative pose. Legs spread wide, body turned to the side, hands up and ready for action. Making noise and looking like you know what you’re doing quickly turns you from weak prey into a potentially dangerous adversary. Only supremely confident or able assailants will want to tangle with a trained martial artist. You don’t need to have any training – though that’s a good idea – it’s enough to look ready to rumble.

A self-defense knife might not be a bad investment, though it can be risky if you don’t know how to use it. Going for pepper spray, a knuckle duster, an air horn, a stun gun, or whatever item you prefer is better. Make sure you’re also comfortable with it, and take lessons or watch training videos on how to use your weapons. Have more than one on hand, and also know that a tube of lipstick or keychain pressed into your fist can add a lot of weight to your hit. Combs and keys are good for jabbing into someone’s face, as are hair brushes with multiple prongs.

Wherever you are is safer than wherever they’re going to take you. Even if they threaten you with gun or knife, stay wherever you are unless you’re getting away from them. They wouldn’t try to force you to go with them if they liked the environment, which means you’re better off standing your ground.

Fighting is all about making yourself smaller, not larger. Size works for intimidation, but if someone’s coming at you, don’t puff up. Instead, tuck your arms close to your core, since that gives you more leverage. Spread your legs and distribute your weight evenly so that they can’t attack both of them at the same time. Trying to grab a person that is tucked into a fighting pose and has a rigid body is much tougher than someone with their body spread out and relaxed. You don’t want them to control anything, not even your wrist or hand, so pulling in like a boxer will help ready you for action and prevent your antagonist from bringing you down.

In tightening up your body and bringing everything in tight to your core, you’re getting ready to move defensively. It’s best if you have some kind of training, but the key rule is that if they try to grab you twist away, rather than pull. After twisting, you then jerk away from them.

If They Get You, Pull Closer

If an aggressor manages to grab you and you can’t twist away, get in tight to their body, since that’s going to give you the most leverage. You still want to use your core strength to attack them, which means getting your core in where you can use it. Then you can turn into a dervish that they wish they’d never picked up. Think of how hard it is to battle with a pissed off cat even though it’s a fraction of your size, and you get the idea of what you’re trying to accomplish.

Everyone has the same basic vulnerable areas. The eyes, the nose, the ears, the throat, the groin, the knee, and the instep are among the major ones. The solar plexus is also good, but can be hard to find if you’re not used to hitting people. If you end up in a situation where you are within striking distance, and are now tucked in close, start clawing, gouging, twisting, and pounding. Continue to also try to twist away between attacks.

Your elbows are much more effective than your fists, so throw them like mad. They automatically use leverage from your shoulders, which is a heavier strike. Plus, they jab and wound more painfully than your hands.

If you’ve gotten to the point where they’ve grabbed you and you’ve tucked in to beat on them, go for blood. You’re going to be running on adrenaline, but make sure to keep that in fight (not flight) mode once you’ve been forced to engage. When you get too tired to hit them anymore or someone pulls you off their limp body, then it’s over. If they’re moving, you’re not done. Don’t be halfhearted with this, as an injured but not crippled or debilitated attacker is still a threat.

Ideally, you want to get out of the situation more than anything, so as soon as you have the option, flee, yelling as loudly as you can, preferably “Call the Police!” or something along those lines. Running in a serpentine or zig-zag pattern will limit their ability to shoot you, and makes you harder to catch, since they can’t predict your movements the way they would in a straight line. They also can’t build up speed, forcing them to constantly be adjusting, which can slow a faster attacker down to the point that he won’t be able to reach you.