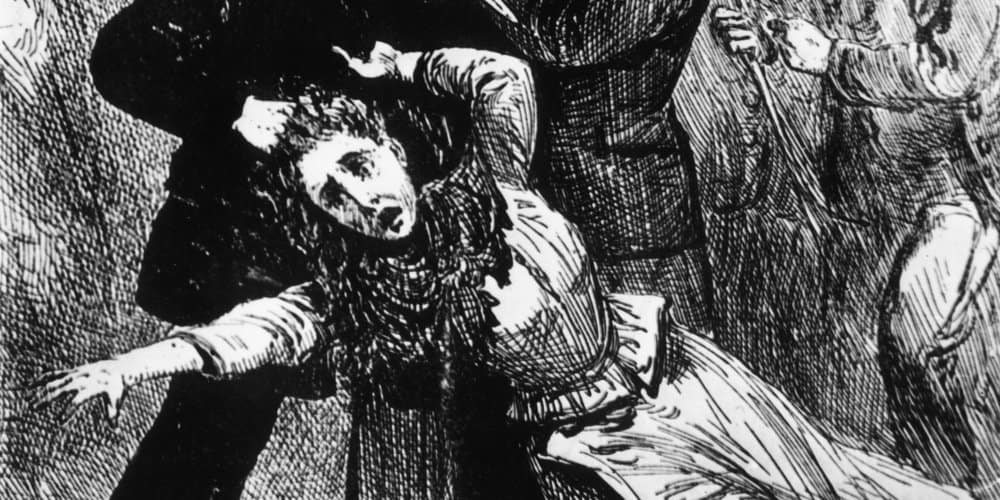 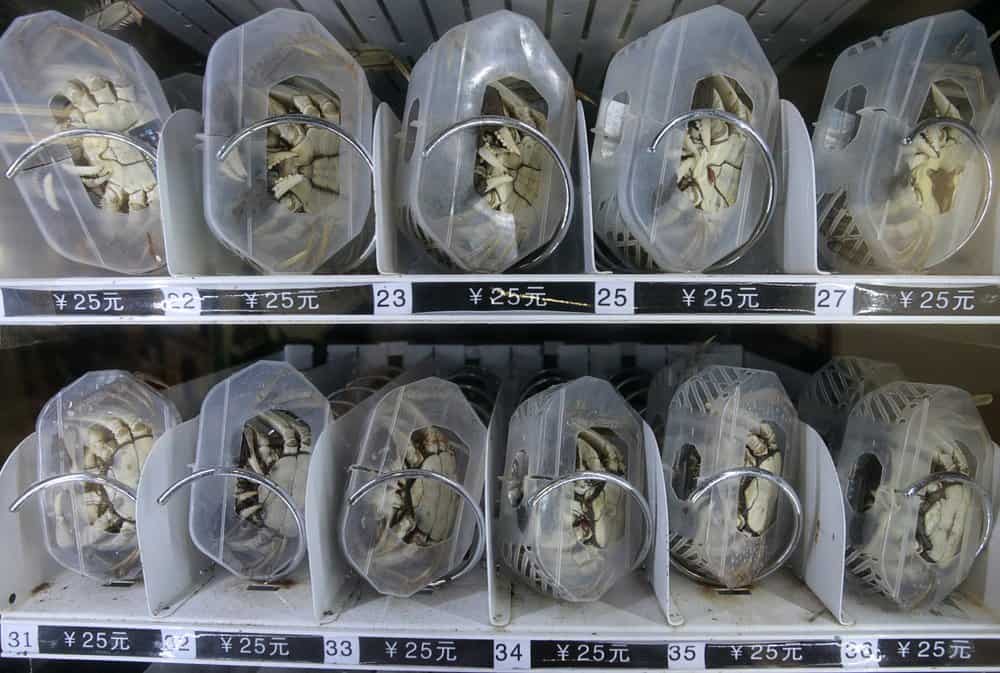 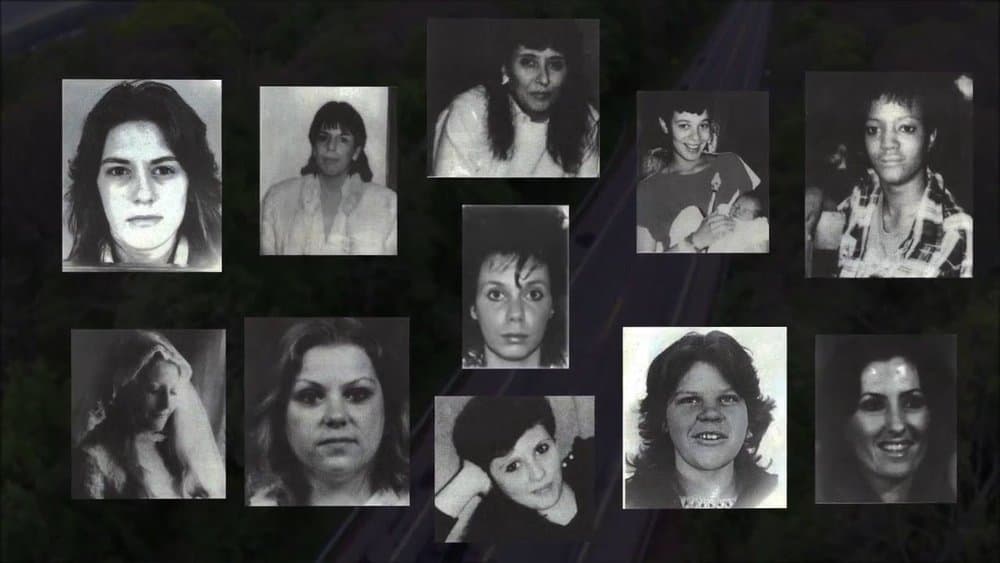 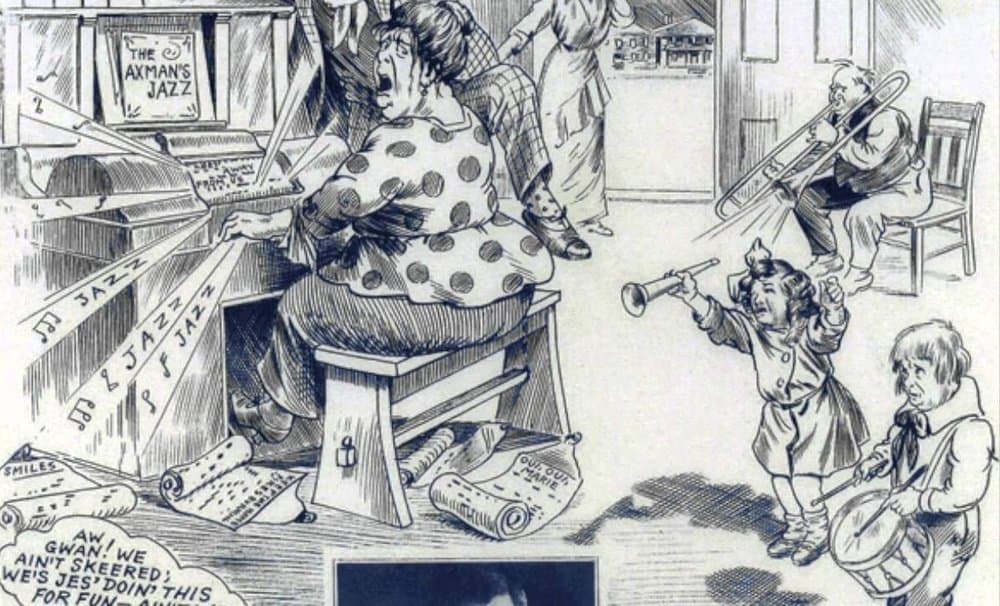 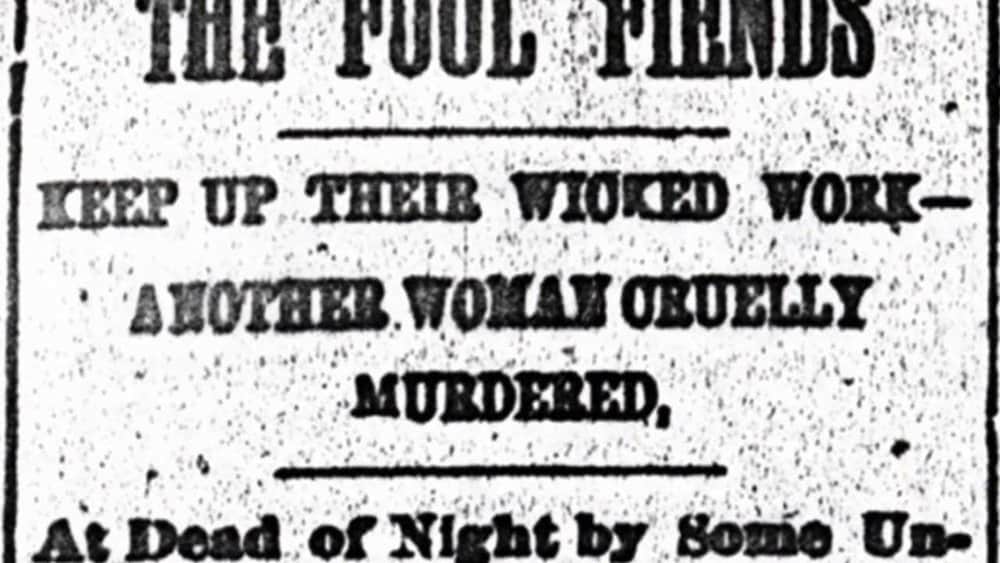 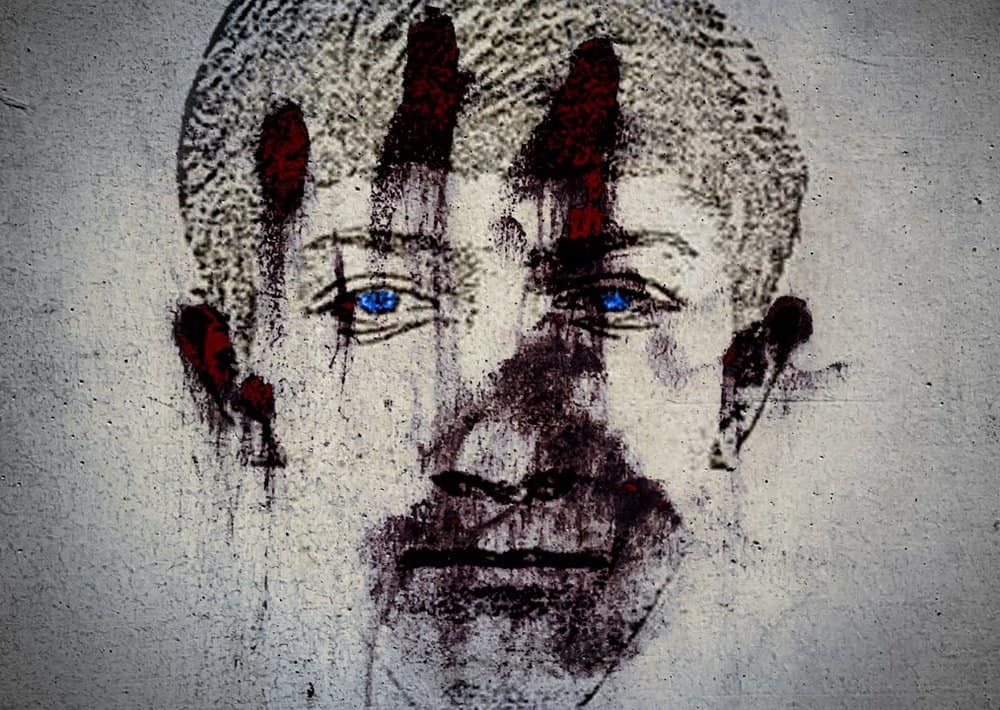 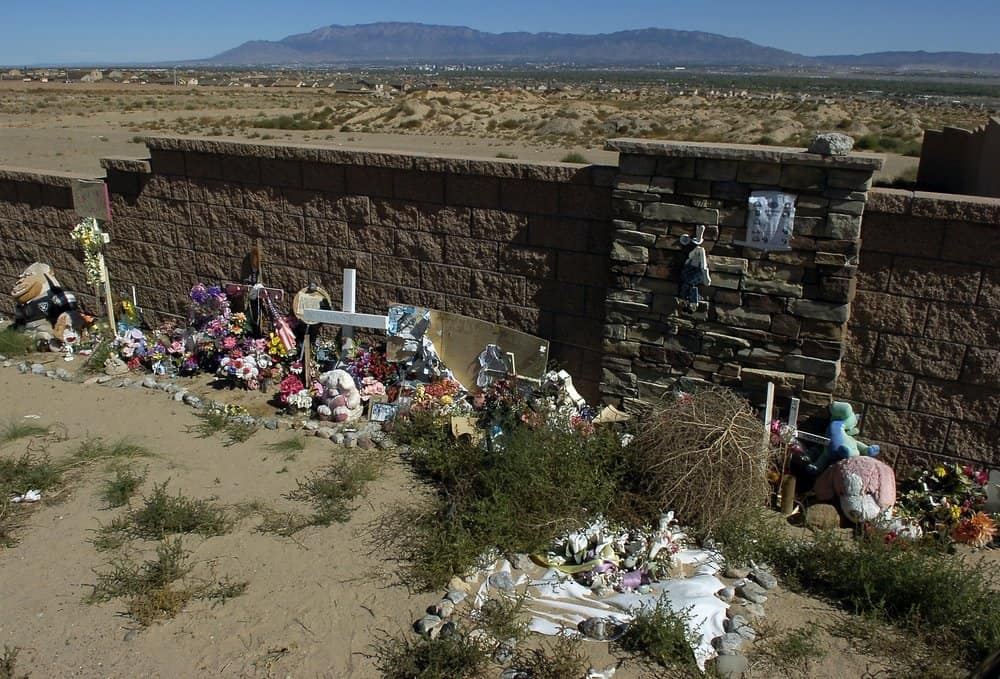 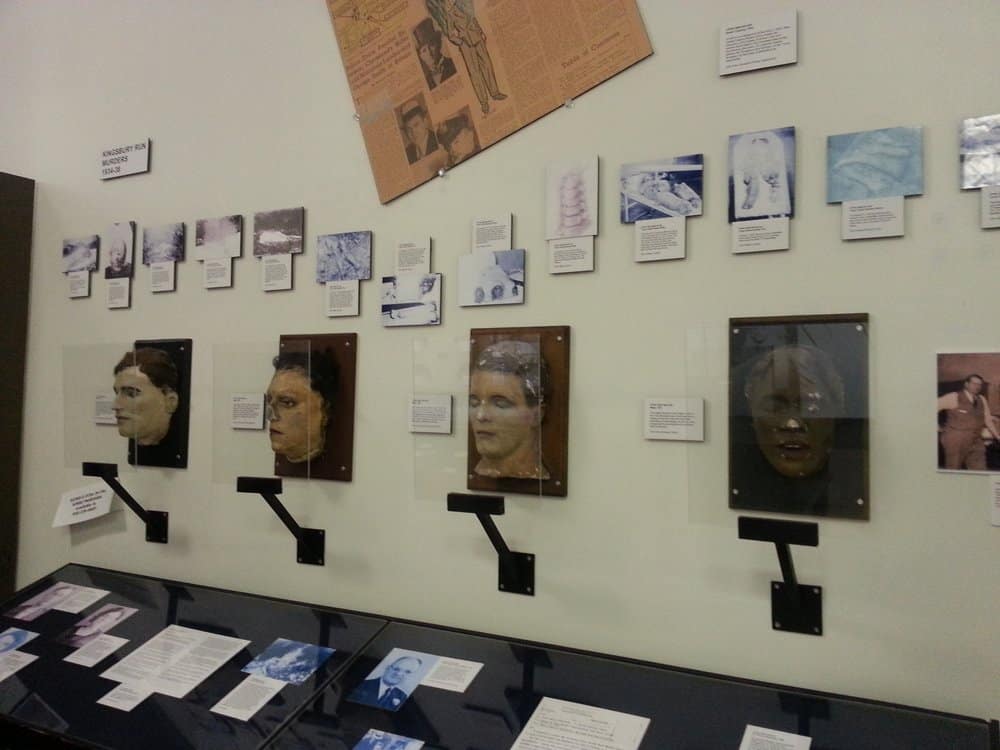 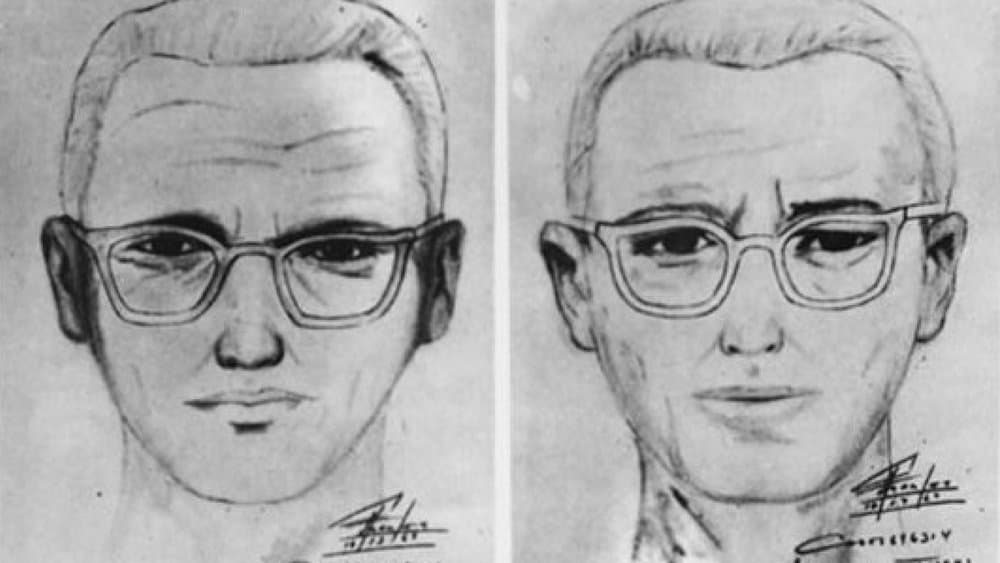 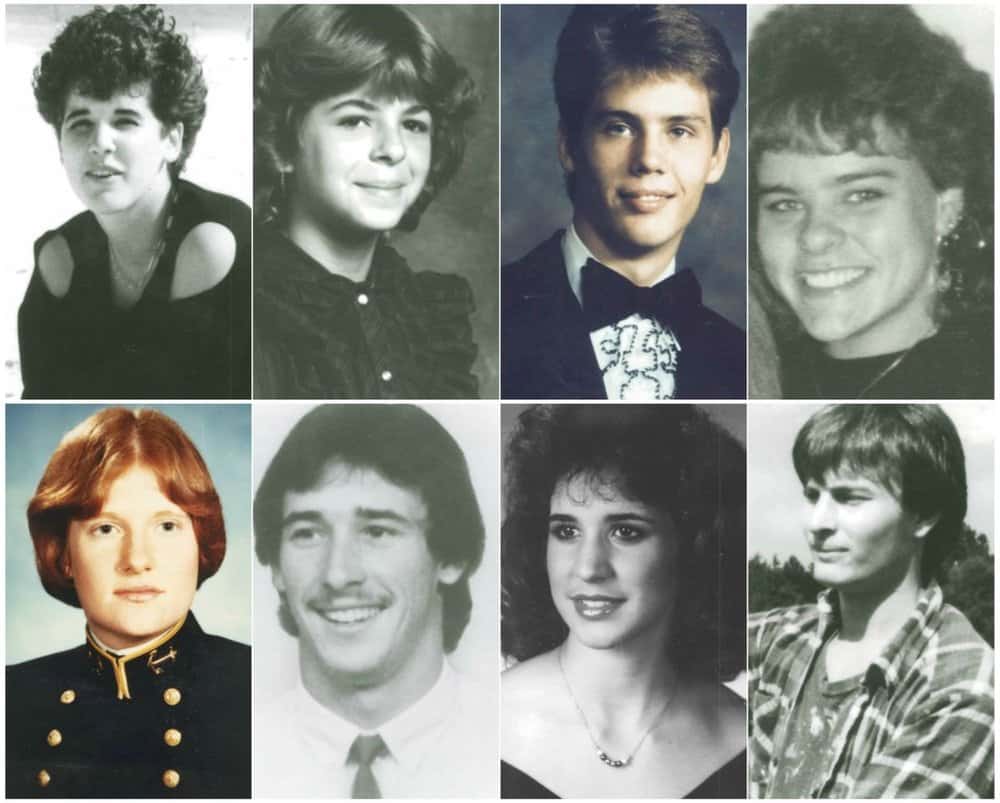 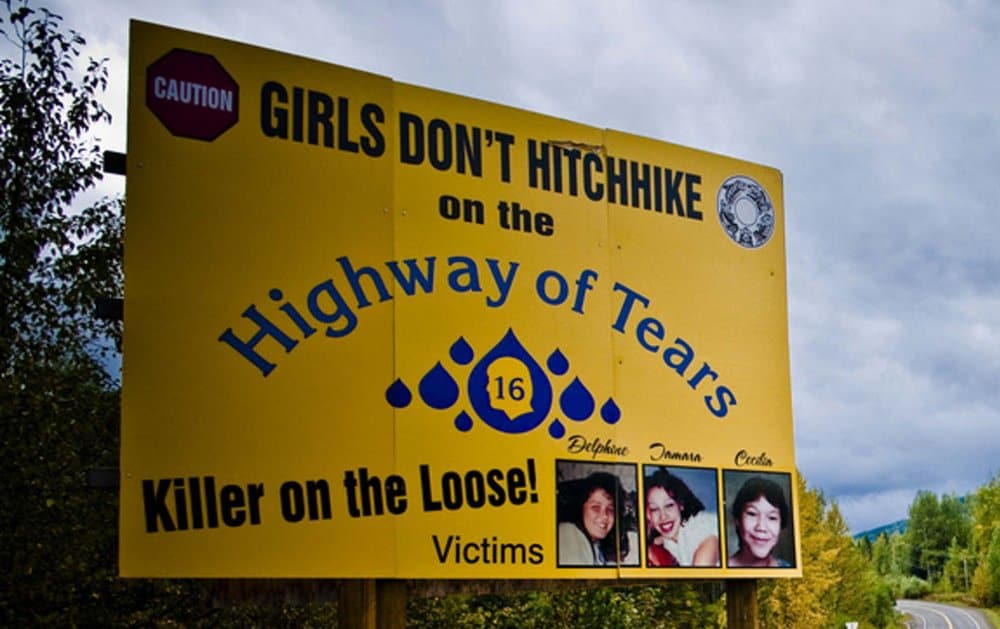 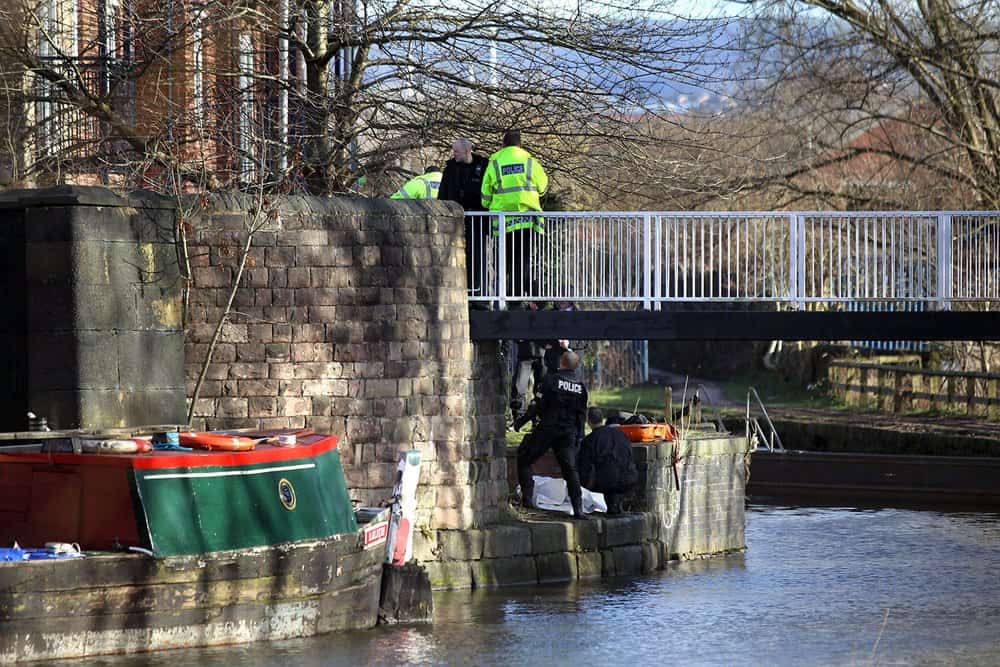 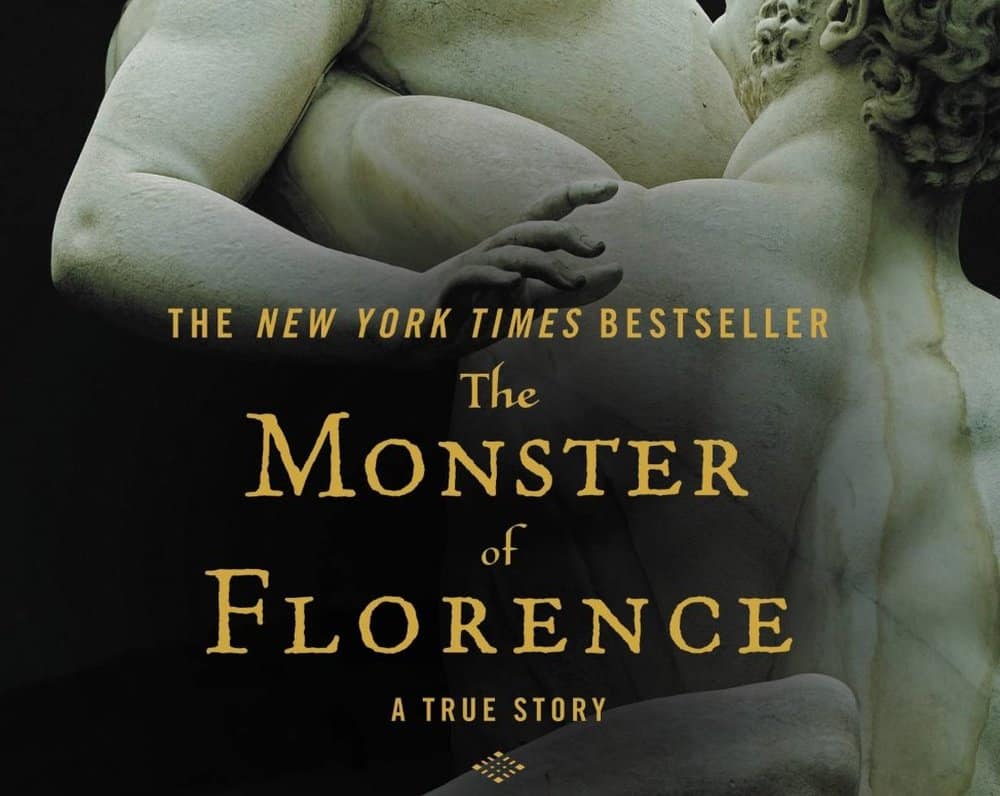 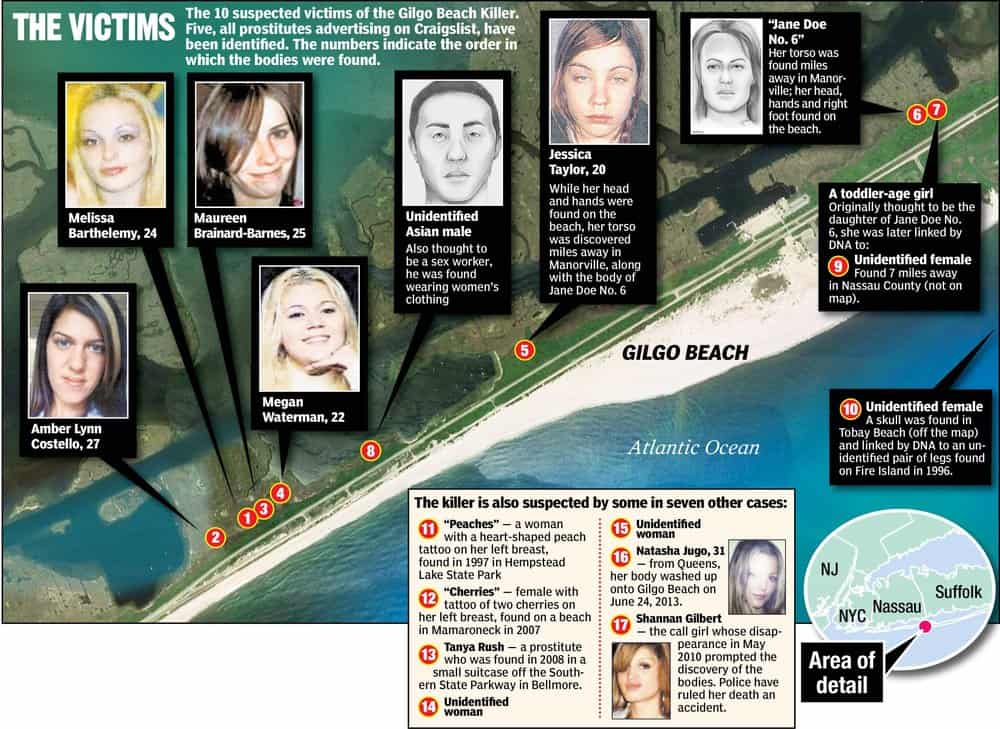 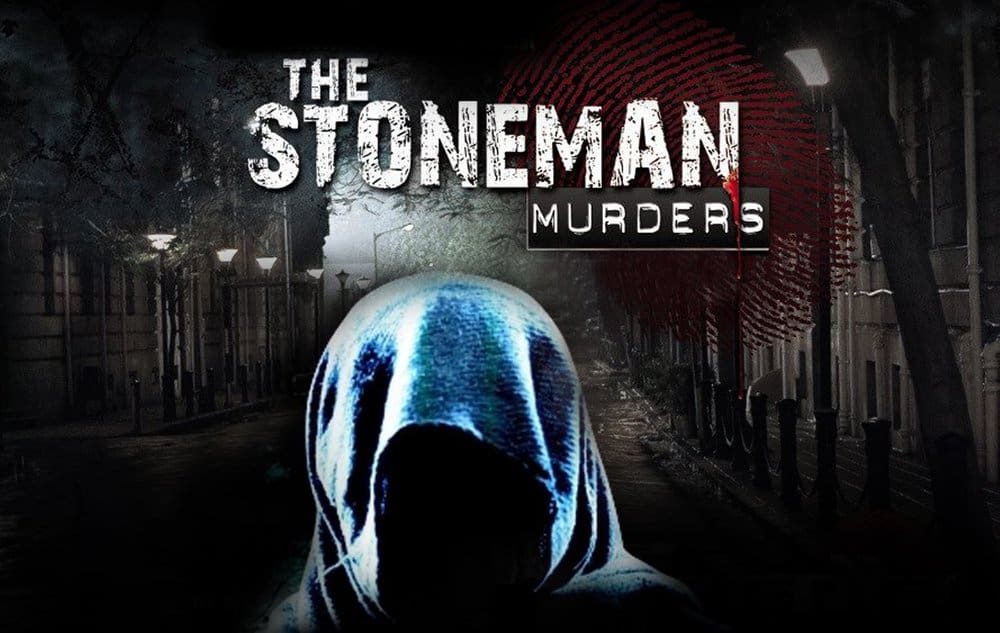 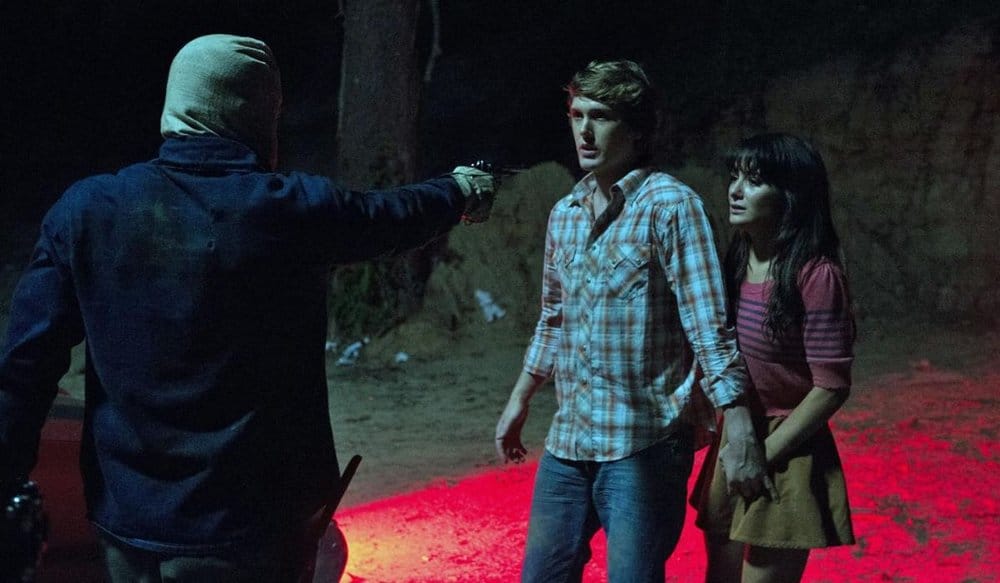 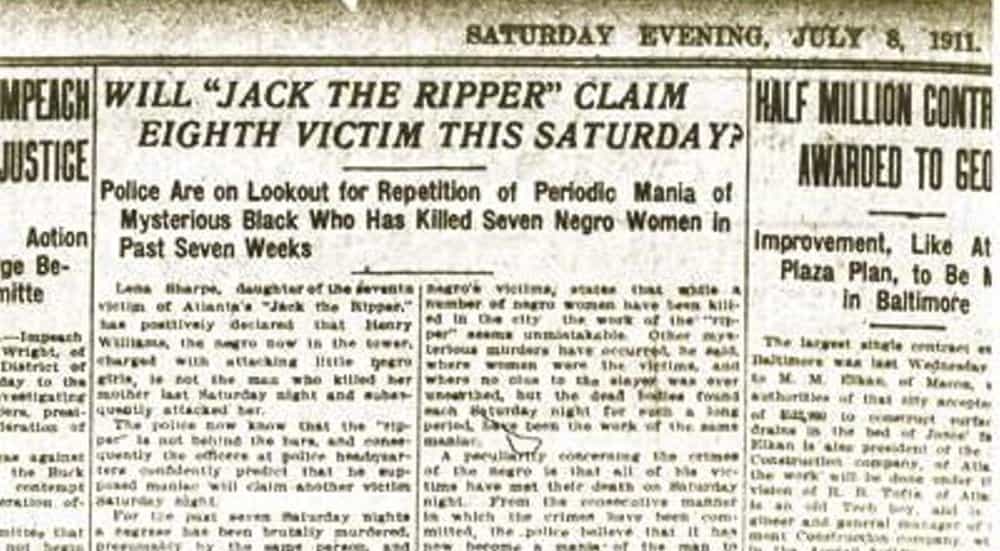 The truth about murder is that about 1/3 of all killings go unsolved in the United States alone. In poorer nations, and those with totalitarian governments where human life is especially cheap, that number jumps dramatically. While movies and television would have you believe that it only takes an hour or two of attractive people making inquiries to bring a butcher to justice, the facts don’t line up with that scenario. Statistics on unsolved death at human hands vary widely by geographic region, so depending on what city you reside in, you might be at a far greater risk of being taken out without anyone ever catching your murderer.

With these disturbing statistics, it should come as no surprise that there are serial killers past and present who have never been caught, leaving their heinous deeds – and in many cases their very identity – a complete mystery. As you attempt to rock yourself to sleep tonight, we thought we’d give you a soothing list of 21 of these savage serial slaughterers.

No list of famed killers could start with anyone other than old man Jack. Largely thought to be one of the first serial predators in the world, long before there was a term for such a thing, he was known as the Whitechapel Murderer, since he operated solely in the East End of London. Only 5 victims to his name, the reason for his fame was the massive coverage he received in the newspapers, including a taunting letter published by one, allegedly sent by Jack to the police.

In 1985 there were 12 random poisonings – know as the paraquat murders – wherein the killer poisoned drinks with paraquat, a powerfully toxic herbicide. The drinks were then placed atop or near vending machines. One of the deaths used diquat and is thought to be a copycat. The deaths stopped once vending machines were outfitted with signs advising not to drink anything that was left laying around.

Nine known deaths and two disappearances between 1988 and 1989 are attributed to this murderer out of Massachusetts. He killed exclusively women who were either sex workers or addicts, picking victims who all knew one another. They were strangled and left in wooded areas near the highway. Some posit that he then moved, becoming the Route 8 Killer.

The Axeman of New Orleans

A serial killer who attacked 12 people, killing 7, the Axeman favored killing women, attacking men only when they got in his way. He would carve out a small segment of a door to the victim’s home, enter, then use their own axe to commit the crime. He stated he would strike again on March 19th 1919, but would exclusively kill those in a home that didn’t have jazz music playing. No murders occurred on that night, though jazz resounded through the city.

Named for the writings of O. Henry, the Servant Girl Annihilator operated in Austin Texas where he would break into the homes of women, attack them with an axe, beat them, drag them from their homes, rape and mutilate them in the yard, and leave behind his axe and bloody boots. It is believed this killer was named Nathan Elgin, and was brought down by a bullet from lawman John Bracken. Though, that is unconfirmed.

Many nocturnal attackers have been given the moniker “Night Stalker,” hence the addition of “Original” to the title of this rapist and murderer who, from 1976 to 1986, committed more than 50 sexual assaults and 13 known murders in California.

For a year in 1964 and 1965 six women, all sex workers, were found in the River Thames, stripped naked – leading to the name – and severely mutilated in a way reminiscent of Jack the Ripper.

In no way tied to the movie of the same name, The Bone Collector, or West Mesa Bone Collector is known to have killed 11 women – favoring prostitutes and drug abusers like most serial killers, with a penchant for hispanic women – between 2001 and 2005 in Albuquerque, New Mexico. Given that these murders weren’t uncovered until 2009, years after they occurred, it is probable The Bone Collector is still in operation.

Preferring either women or homosexual men, the Torso Murderer operated in Cleveland during the 1930’s. Named for his tendency to hack off the head and lower legs of each body – as well as the genitalia of men – he typically threw his victims into the river, making finding and identifying the bodies difficult.

Perhaps the only serial killer to rival The Ripper for notoriety, The Zodiac Killer worked in California in the late 60’s and early 70’s. Using multiple murder methods, he also sent taunting letters to the police which contained codes allegedly containing his name and other information. 5 deaths are known to be attributed to the Zodiac, with 37 claimed by the killer himself.

During a three year span from 1986 to 1989, three pairs of people were killed in Virginia off the Colonial Parkway. A fourth is missing, presumed dead. In each case they were strangled with their throats cut. It is believed that a member of law enforcement, or an individual posing as a police officer is responsible for these deaths.

Proof that not all Canadians are polite, 19 women have known to have been killed over a stretch of road in British Colombia, Canada between 1969 and 2011. Many of the victims were aboriginal, with disappearances of some 40 more women in the same area also likely caused by the killer, or killers who use this area as a hunting ground.

Practically mythic due to the heinousness of the crime, 4 children in Michigan are known to have been taken by this murderer, kept alive for days, subjected to abuse, and then hacked to pieces, their bodies dumped all around Oakland County.

Extremely recent, the Mexicali Ripper is thought to be a family of three killers who have butchered more than 44 prostitutes in the area around Mexicali, Mexico. The bodies are dismembered and thrown into nearby canals. Mexican police are hesitant to call this a set of serial killers, due to the high number of drug-cartel related murders in the area.

Perhaps one of the most prolific killers, The Pusher is a mysterious figure in Manchester who has been attributed to the drowning death of 80+ men from 2008 until today. Allegedly targeting homosexuals, it is believed that this killer shoves them into the canals near the city’s Gay Village, perhaps after drugging them so they cannot swim.

The Monster of Florence

Preferring to kill couples making love in the hills of Florence, Italy for longer than a decade in the 60’s and 70’s, Il Mostro tended to shoot his victims with a distinctive pattern, leaving 14 people in total dead in his wake.

A dangerous and wily operator who enjoys calling families and friends of his victims to taunt them, the Long Island Serial Killer began his grisly chore sometime in the 2000’s, leaving bodies wrapped in burlap at Gilgo Beach. Investigation is ongoing, but so far 10 bodies – mostly of sex workers who were contacted via Craigslist – have been attributed to this man.

Six African-American women disappeared off the highways surrounding Washington D.C. by a man who sexually abused some of them, strangling each and leaving the bodies to be found. In some cases they were kept for days of torment, leading authorities to believe the Phantom lived or lives in the D.C. area.

Taking place in India, a rarity for serial killers, a dozen homeless people were found dead, apparently having had their heads crushed by a large stone, which the killer or killers left nearby. Clues were practically nonexistant, leaving authorities nothing to go on.

Considered the progenitor of many urban legends, such as the man with a hooked hand who terrorizes young couples, the Phantom Killer donned a white sackcloth mask with holes cut for eyes, then attacked those parked on lover’s lane after dark.

Unsolved largely because the killings took place in 1911 and targeted women of mixed race or African descent during a time when much of the country held a severe racial bias, this Ripper is thought to perhaps be the continued work of Jack, brought to America.