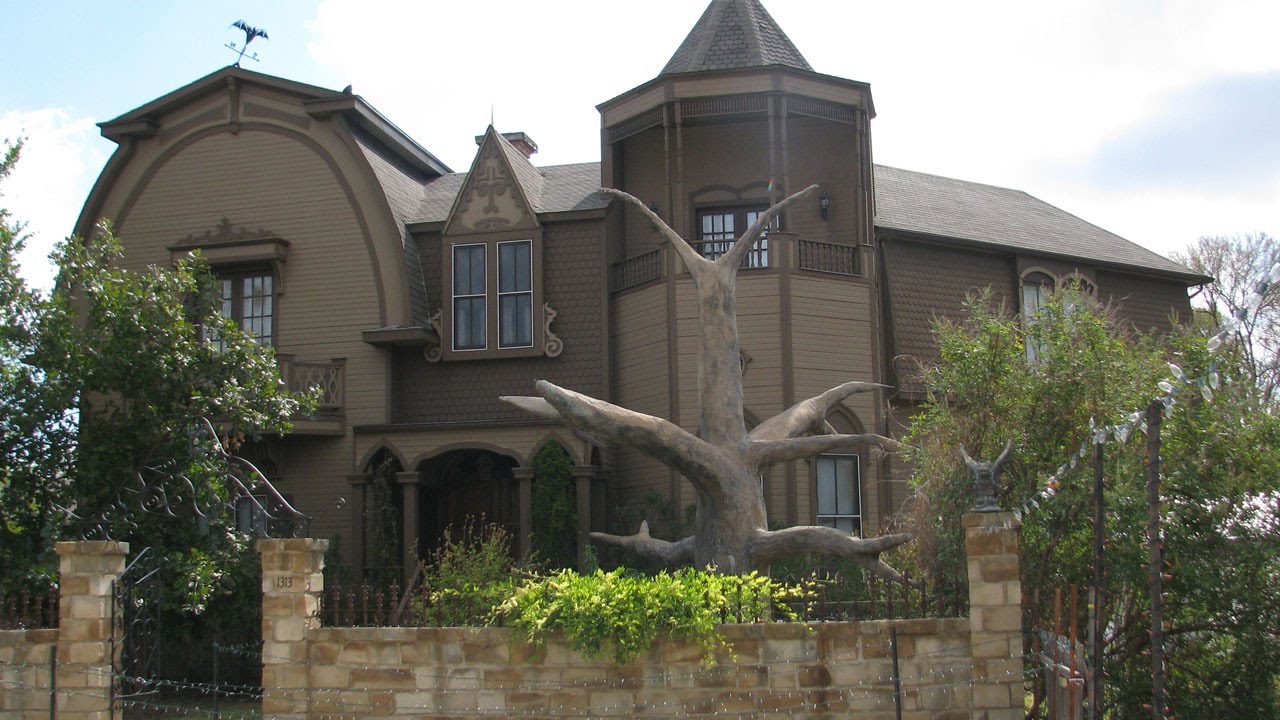 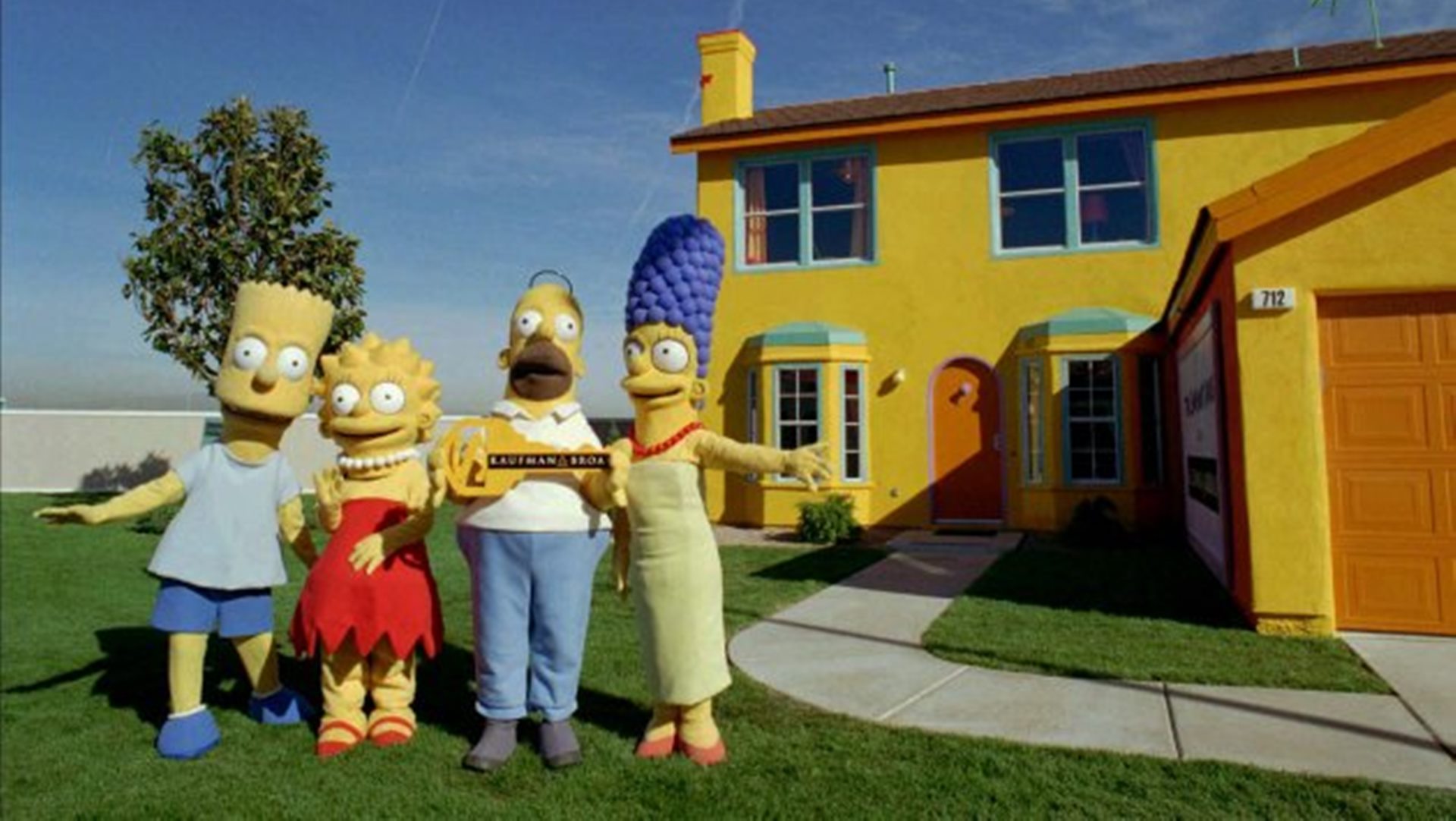 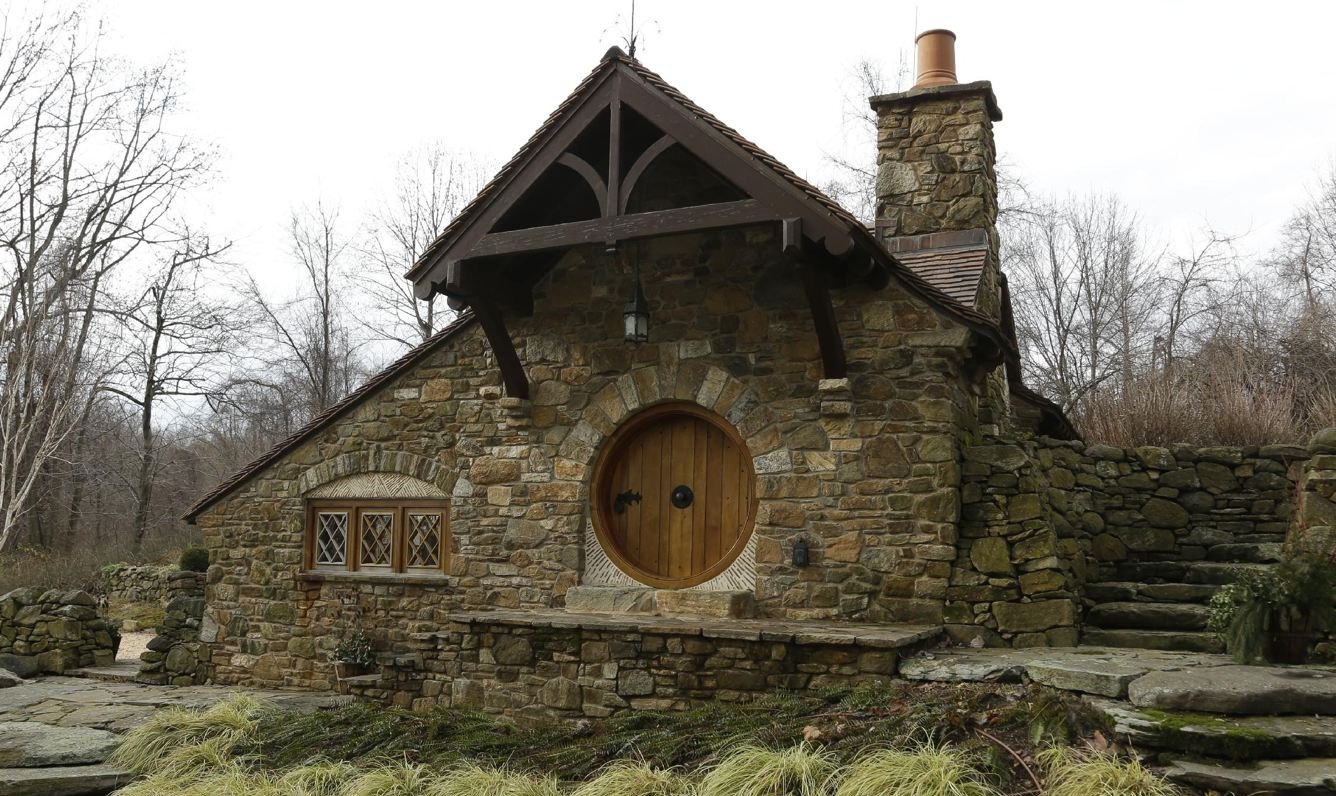 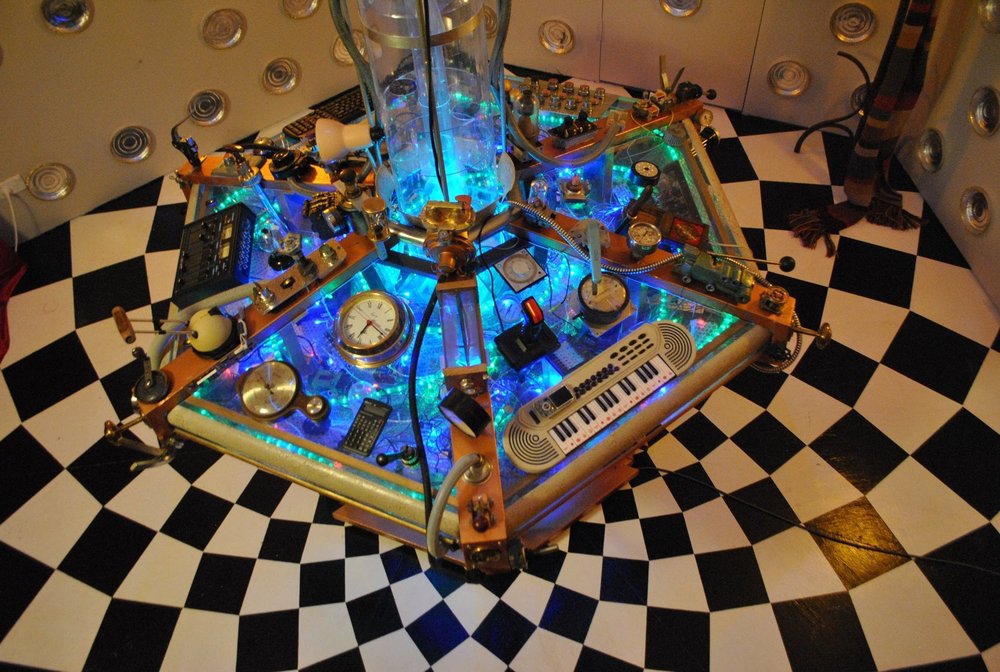 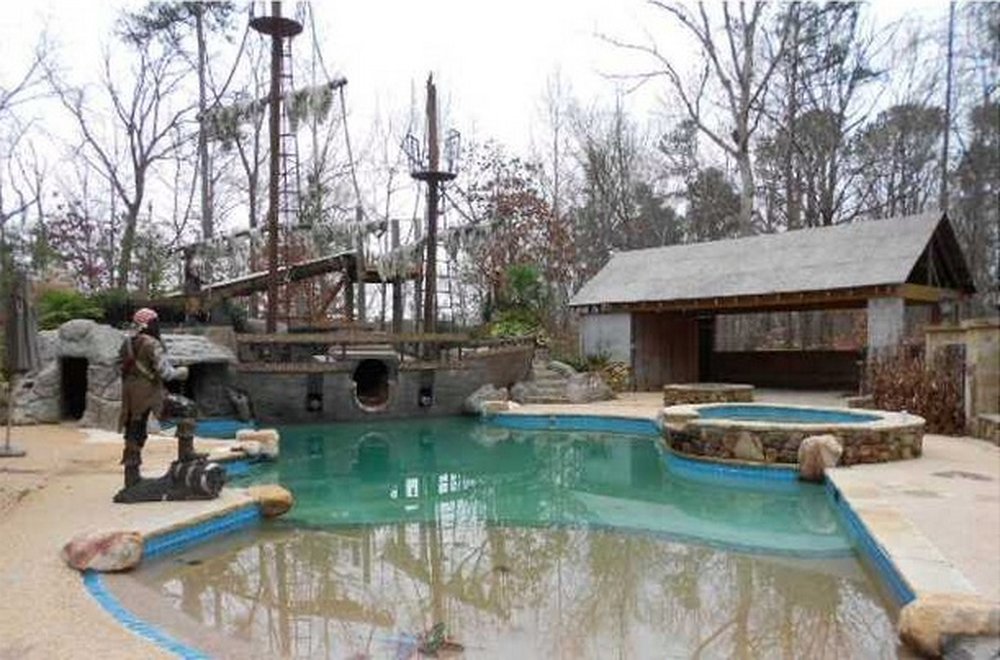 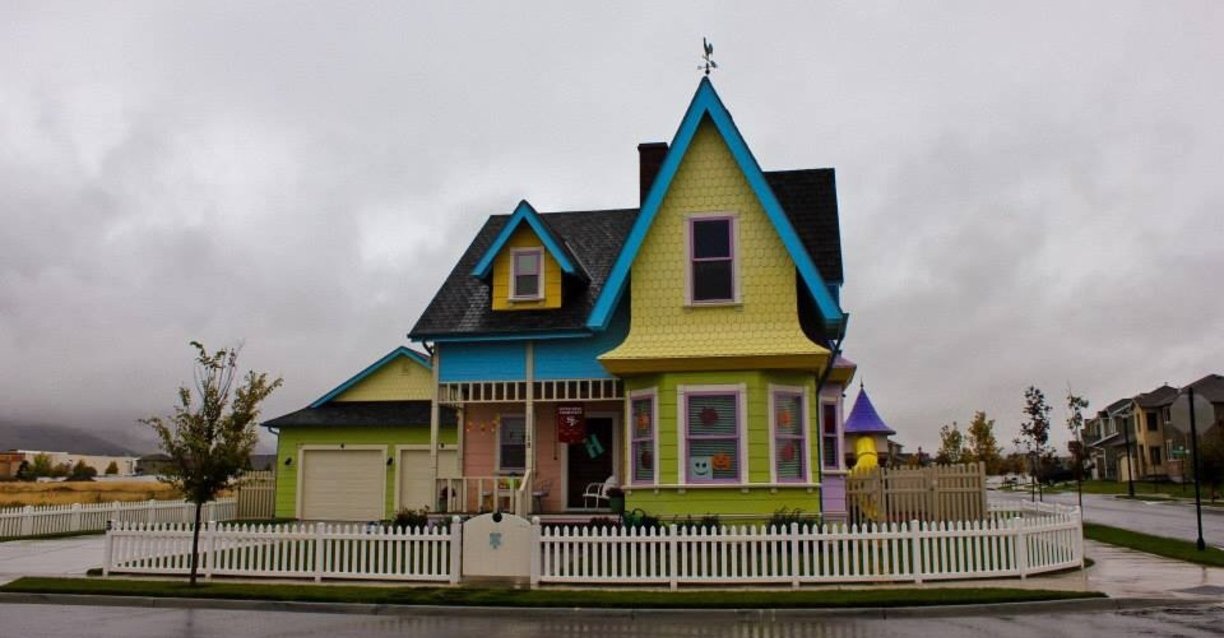 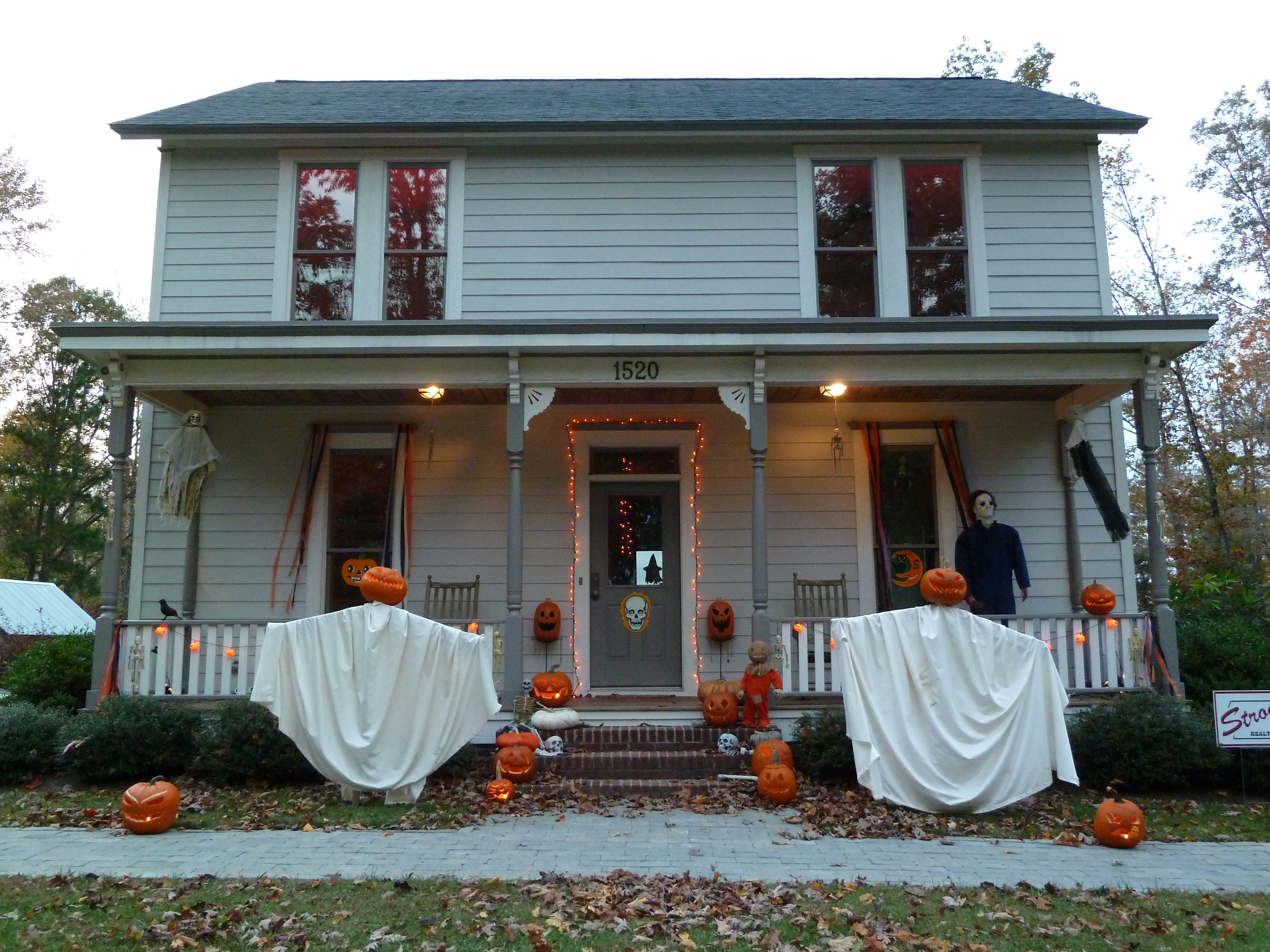 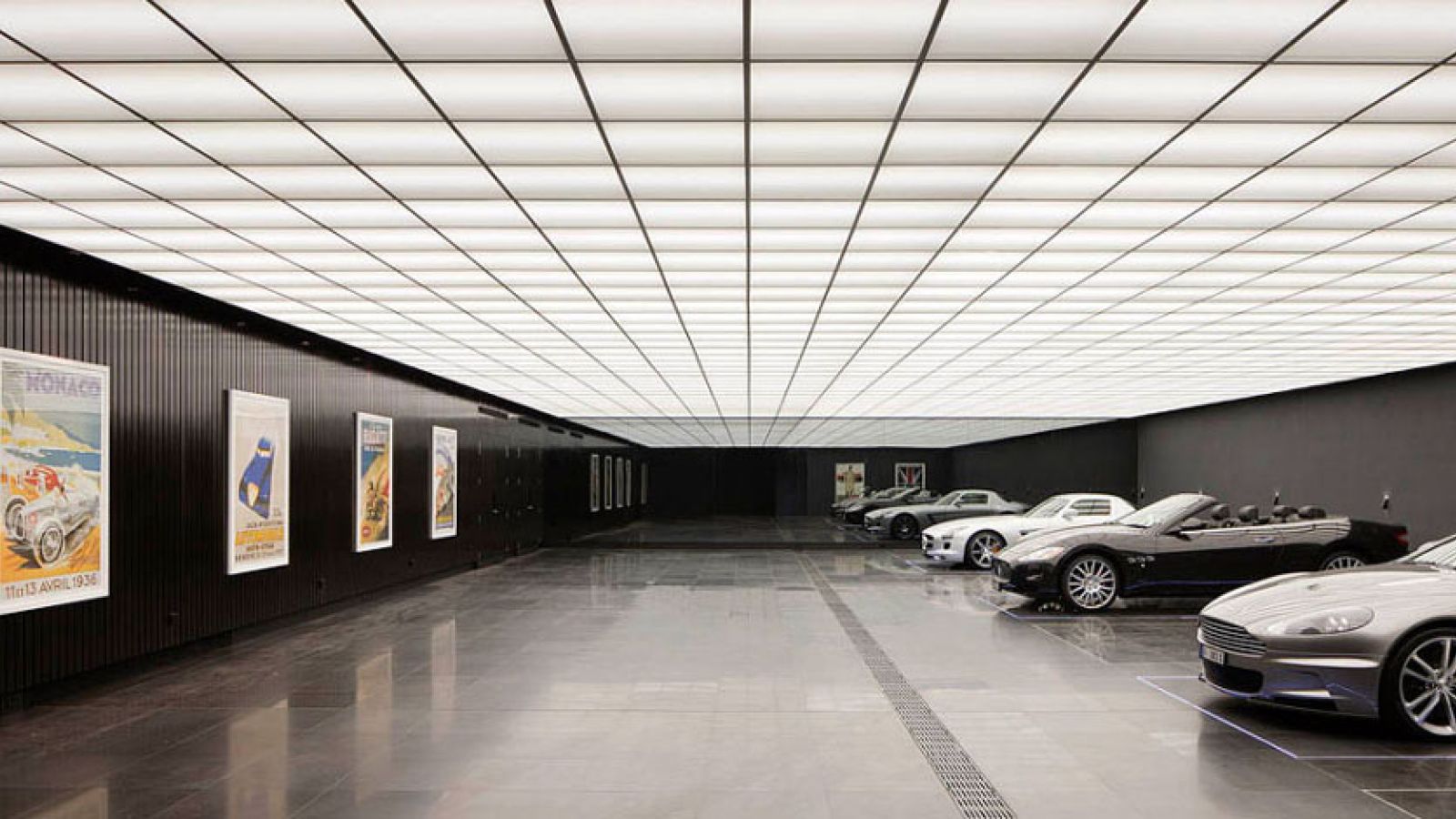 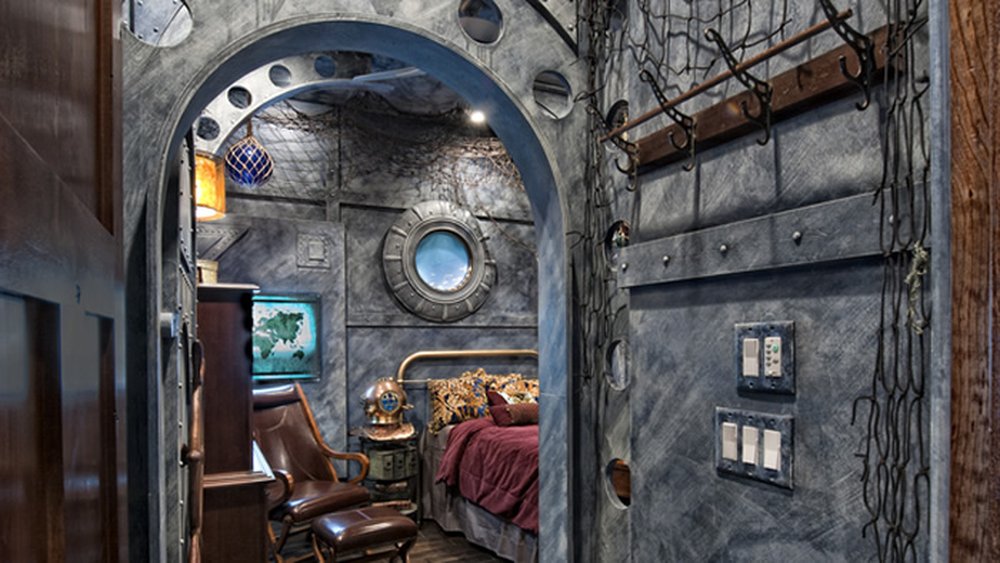 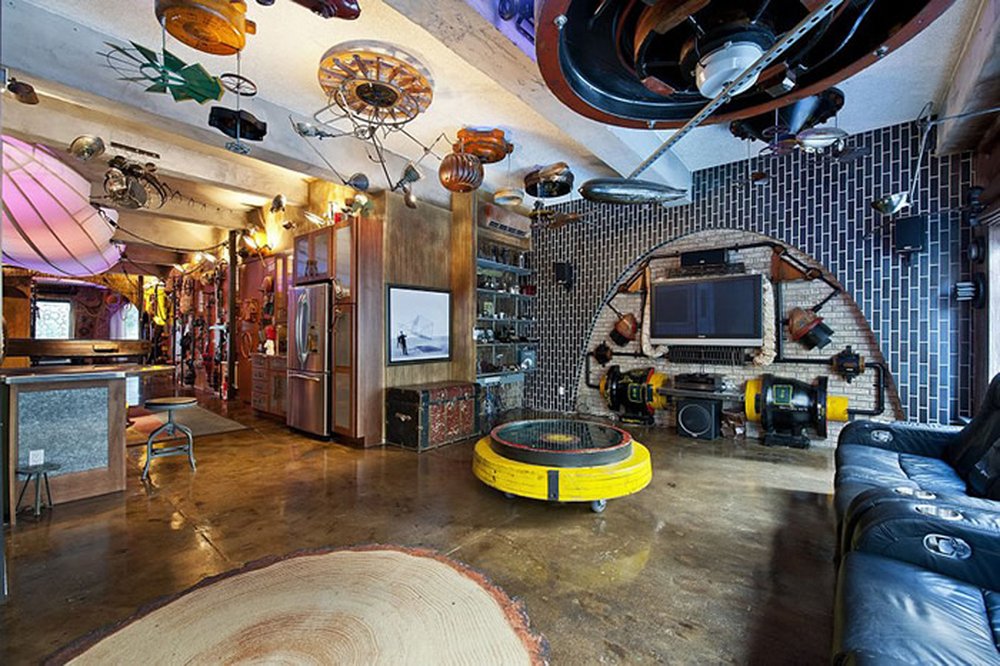 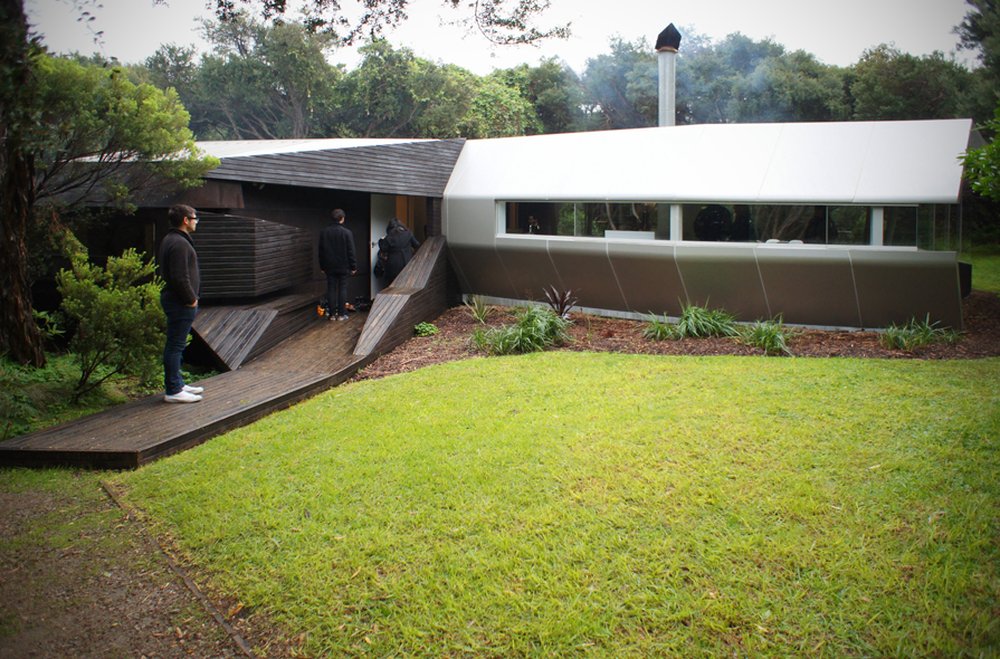 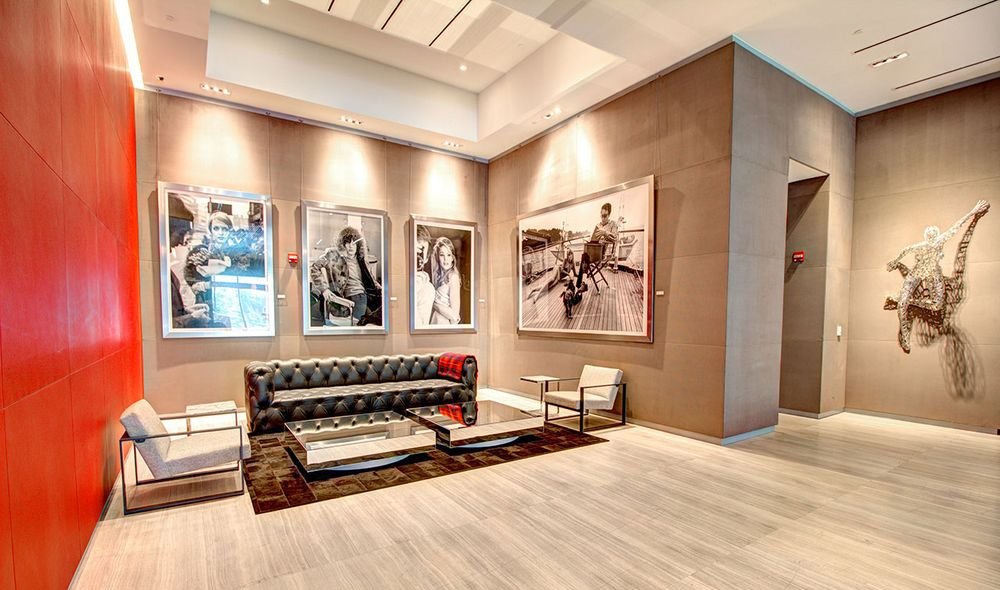 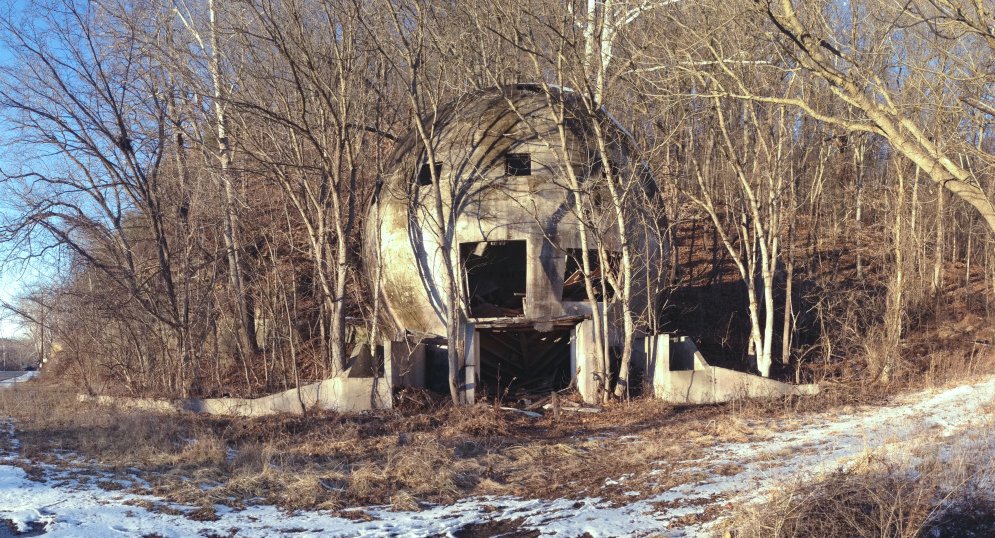 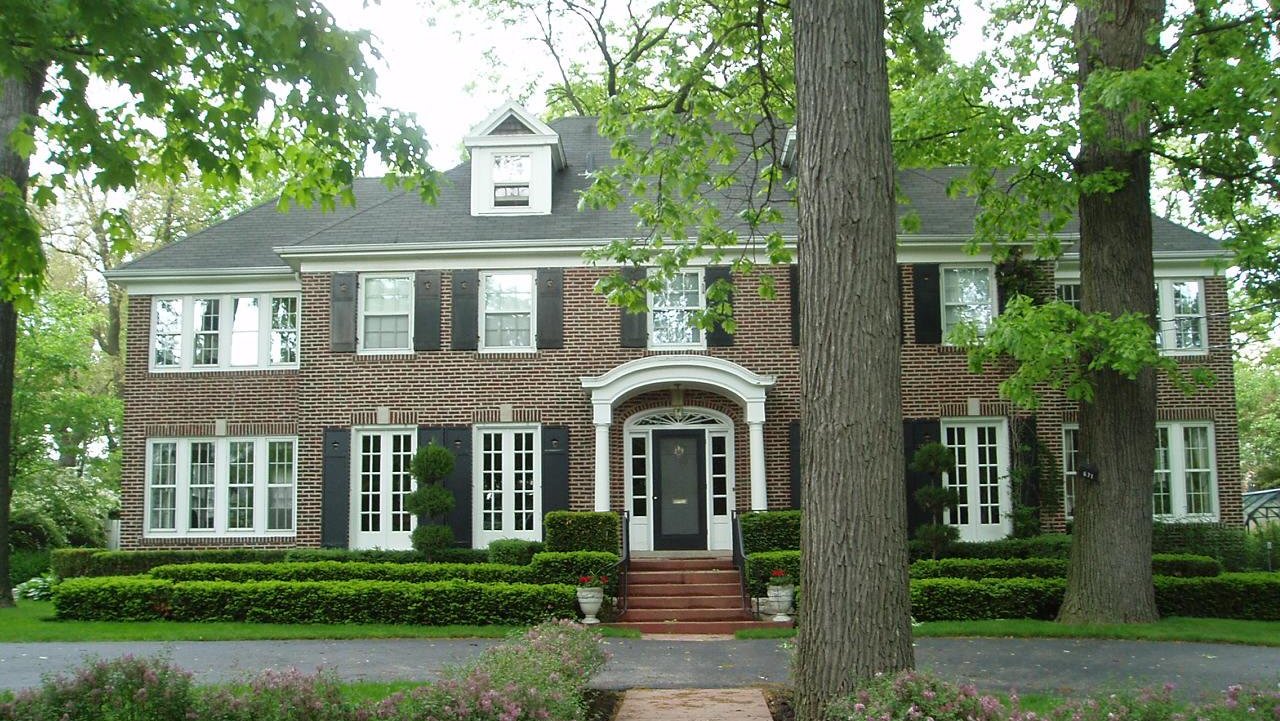 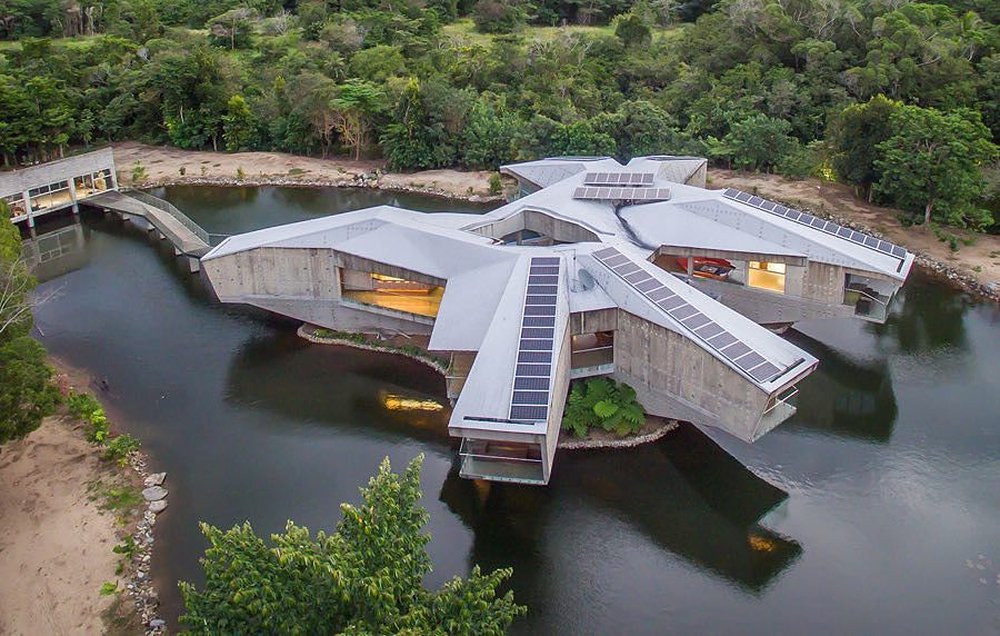 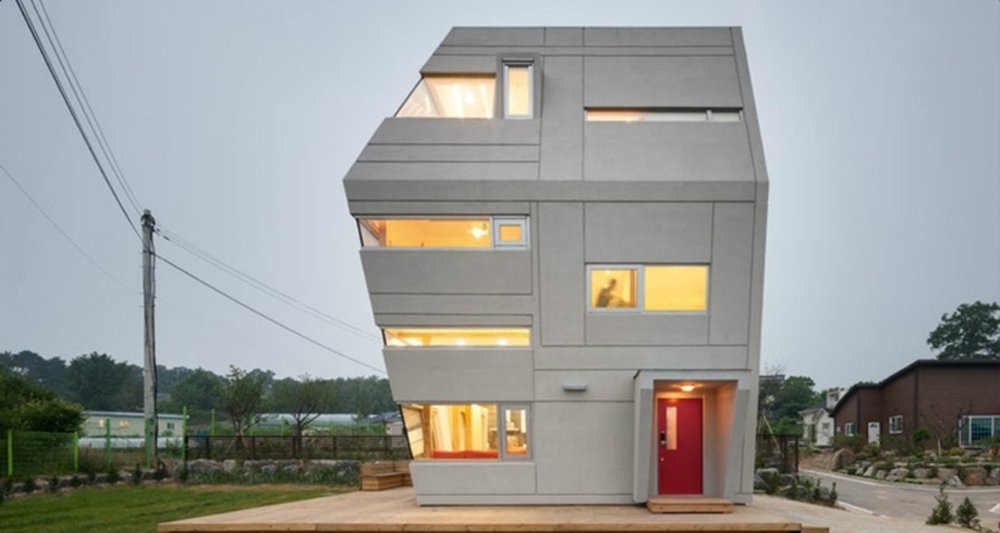 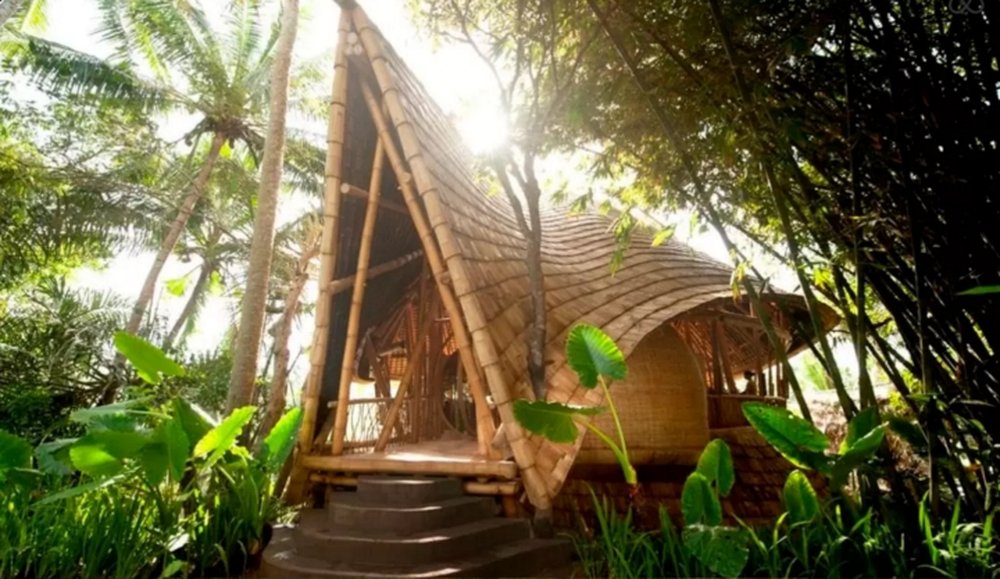 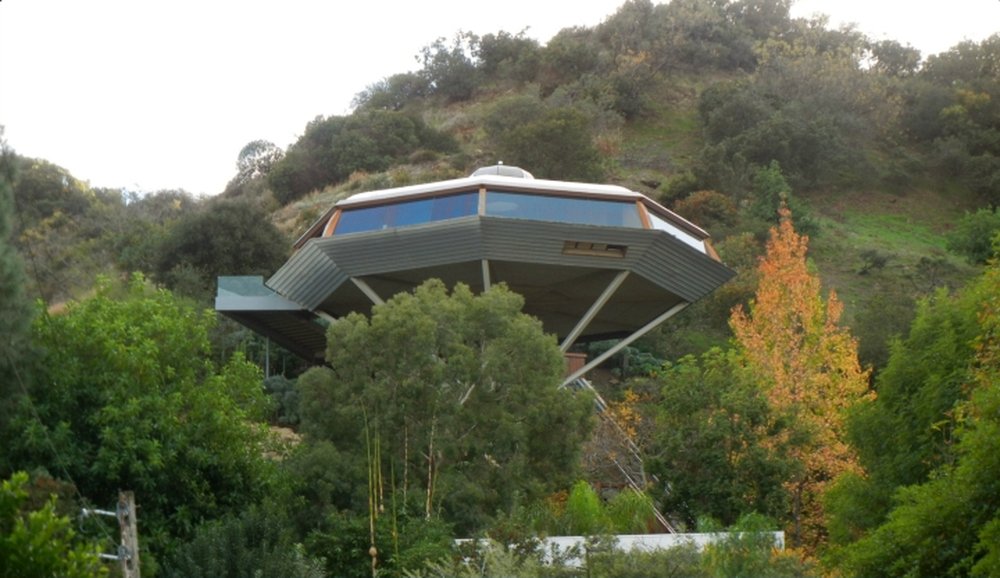 It’s no secret that art begets art, but some people can take it pretty far, right down to designing their home based on a movie that they love. Or perhaps on a movie they hate so they can then burn it down and collect the insurance. Either way, cinema is a universal language that transcends borders, and is one of the few things that America actually exports successfully. It’s also the inspiration for architects and home designers who ache to live in the fantastical, phantasmagorical world depicted on the big screen.

Each of these 25 movie-inspired houses use only practical effects. Any and all lens flares are courtesy of J.J. Abrams.

Though it might not actually reside at 1313 Mockingbird Lane, but rather in Waxahachie, Texas, this Munster house replica is a painstaking recreation of the home used in the 60’s sitcom and the resultant Munster films. A passion project of Sandra and Charles McKee, you can book tours through this living replica with actual pieces from the show, or spot-on facsimiles at every turn.

A little bit of a sad story goes along with the Simpsons home. Built as part of a contest, the house had all the exact dimensions as done by animators of the show, right down to the brightly colored beds and fixtures. When the winner of the contest decided against taking the house, it was gutted for parts and has since been toned down to just another suburban item. A tragic fate for the iconic 742 Evergreen Terrace.

A New Zealand man made a tiny subterranean house that resembled a hobbit’s cozy home, but oddly enough, this isn’t his. Instead, this Hobbit replica came from the work of architect Peter Archer for a J.R.R. Tolkien superfan who wanted enough space to put his immense array of Middle Earth memorabilia.

Since we’re discussing homes, we won’t mention the Chinese office building that looks exactly like The Enterprise. Instead, let us discuss this spin-off Star Trek house that resides down under in Sydney. Hardly a perfect re-creation, it was still brought about as an homage to the show while still looking somewhat respectable.

A few Whovians have made homes that emulated the TARDIS from one of the most beloved and enduring shows, as well as the 1996 Who movie, but the best one is a gentleman who turned a room in his house into a full TARDIS replication, complete with everything a Time Lord could want.

Pirates of the Caribbean House

A few people have tried to turn their residence into a partial Black Pearl, with the most apt one being a part of a backyard pool in Duluth, Georgia. More a themed playground than a place to rest, it includes a waterslide, spa, and grotto for traditional fun.

Designed for a cosmetic executive who had loved Superman comics as a child, the spiky white exterior conjures up the frozen palace where Kal El chats with his dead father and goes to mope while writing his emo-heavy blog “An Alien Among Them.”

A house that looks like the one from the heartbreaking Pixar movie Up is so well-done that the thought of tying balloons to it is a little bit frightening. Despite this fun notion, a family who owned one in Santa Clara was sued by their neighbors who pitched a litigious temper tantrum over the glorious remake and remodel.

Unlike some of the vaguely film-inspired houses out there, this one goes all in. Everything looks like the Flintstones famous house, right down to the cabinetry. If they used a dinosaur vacuum and pterodactyl hedge-trimmers, the illusion would be complete.

As intentionally forgettable as the Breaking Bad house that people won’t stop covering with pizza, this example of the Myers home from the Halloween franchise is so spot on, it’s spooky.

2,800 square feet, there’s only 3 beds and 3 bathrooms which is fine for a small family, but terrible for one woman and a baker’s half-dozen of tiny men.

Gone With The Wind Estate

There’s a few things wrong with this piece, as it’s placed in Olalla, WA, and was finished in 2009, meaning it breaks from the palatial plantation of Rhett and Scarlett. On the flip side, it hits all the right notes for accuracy and timeless living.

There’s innumerable Bat Cave recreations out there, but the one most true to form is the cavernous underground stronghold made by this multi-millionaire in Australia. Aboveground, it looks like a respectable Wayne Manor, but underneath the tennis courts (unfair, yeah?) you find the playground from the Dark Knight films.

20,000 Leagues Under the Sea Nautilus

Featured on Extreme Makeover, a family had their home destroyed by a tornado, and then got this imitation of Captain Nemo’s infamous ship.

It began as an ordinary apartment in New York where the owner had decided to dedicate it to the Golden Compass film. That’s the one with the polar bears. Then they started adding in elements from Sherlock Holmes and the steampunk aesthetic took a strange, but delightful turn.

Brought about by the eerie, odd, hallucinogenic, visually striking Kubrick movie, the inside of this house is fairly tame. While the outside captures the clean 60’s lines that marked much of that piece of cinema. All it lacks are a black monolith, homicidal apes, and a murderous computer that sings.

Miami condos are some of the best in the world, combining fun oceanside luxury with a sense of adventure. The Bond High Rise continues in that vein, while adding in the feel of James Bond around every corner. Artfully executed, endlessly tasteful, and created as a love song to the Ian Fleming masterworks, all you need is a Walther PPK, an Aston Martin, and a martini. Though stir it, don’t shake it, because that waters down the booze.

The Logan Round House, AKA Stewart’s Folly wasn’t intended to masquerade as a miniature Death Star, but it does anyhow. Tough to find and now abandoned, it’s a little bundle of weird greatness that time will one day forget.

Your Very Own Home Alone

If you’re hoping for your own personal version of the McAllister mansion from Home Alone, the movie that annoyed a billion parents, then you can order up a set of plans that teach you how to make it all by your lonesome. The results are pretty staggering, if you’re into that sort of thing.

Since Star Wars is a cultural phenomenon that is easily worth the $4 billion Disney paid for it, the Jedi Knights among us have taken to whipping up a whole buffet of Star Wars goodies where they raise their families in traditional ways of The Force.