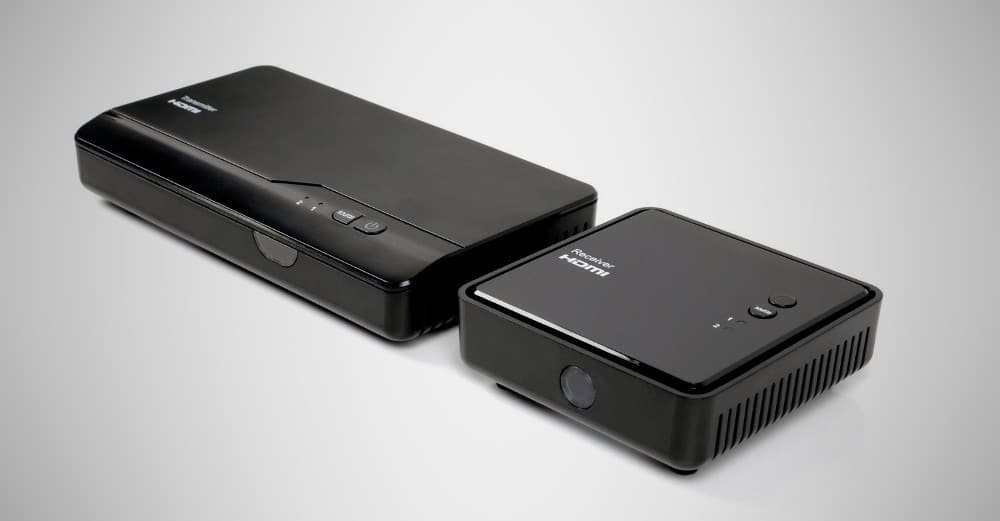 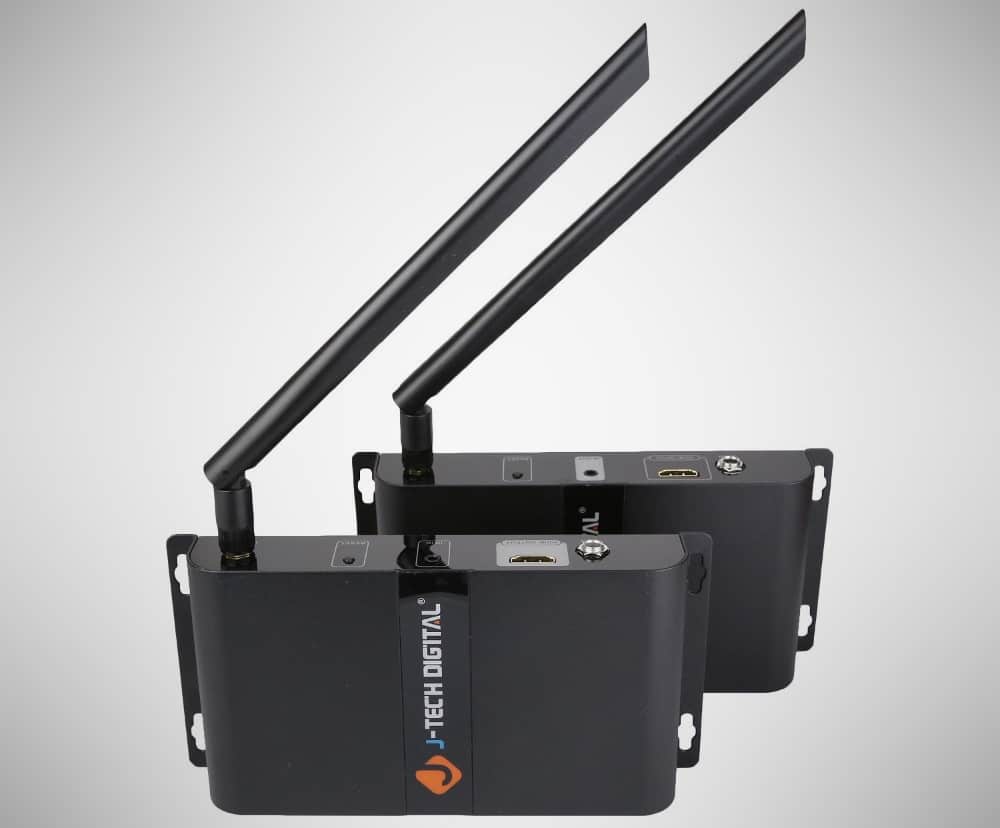 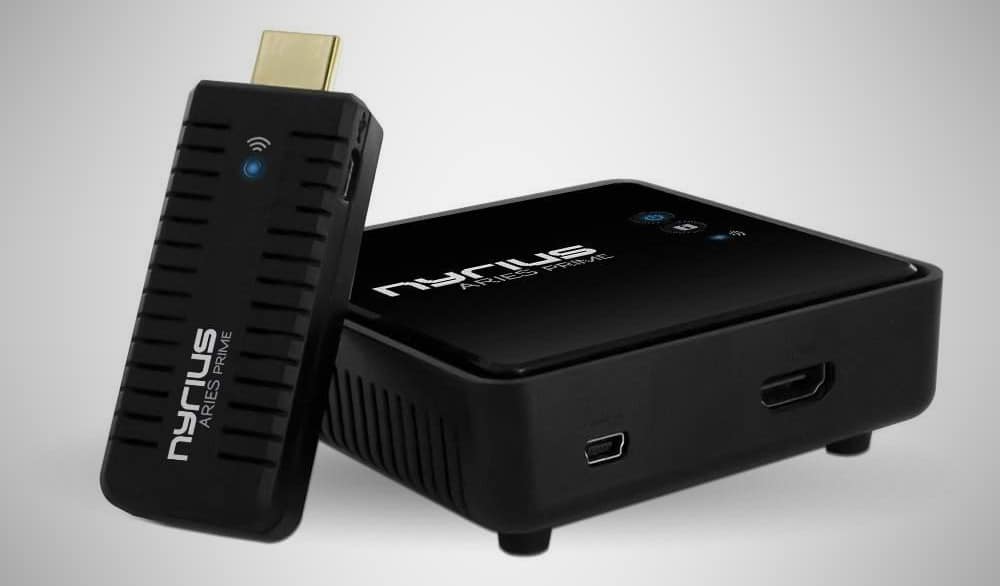 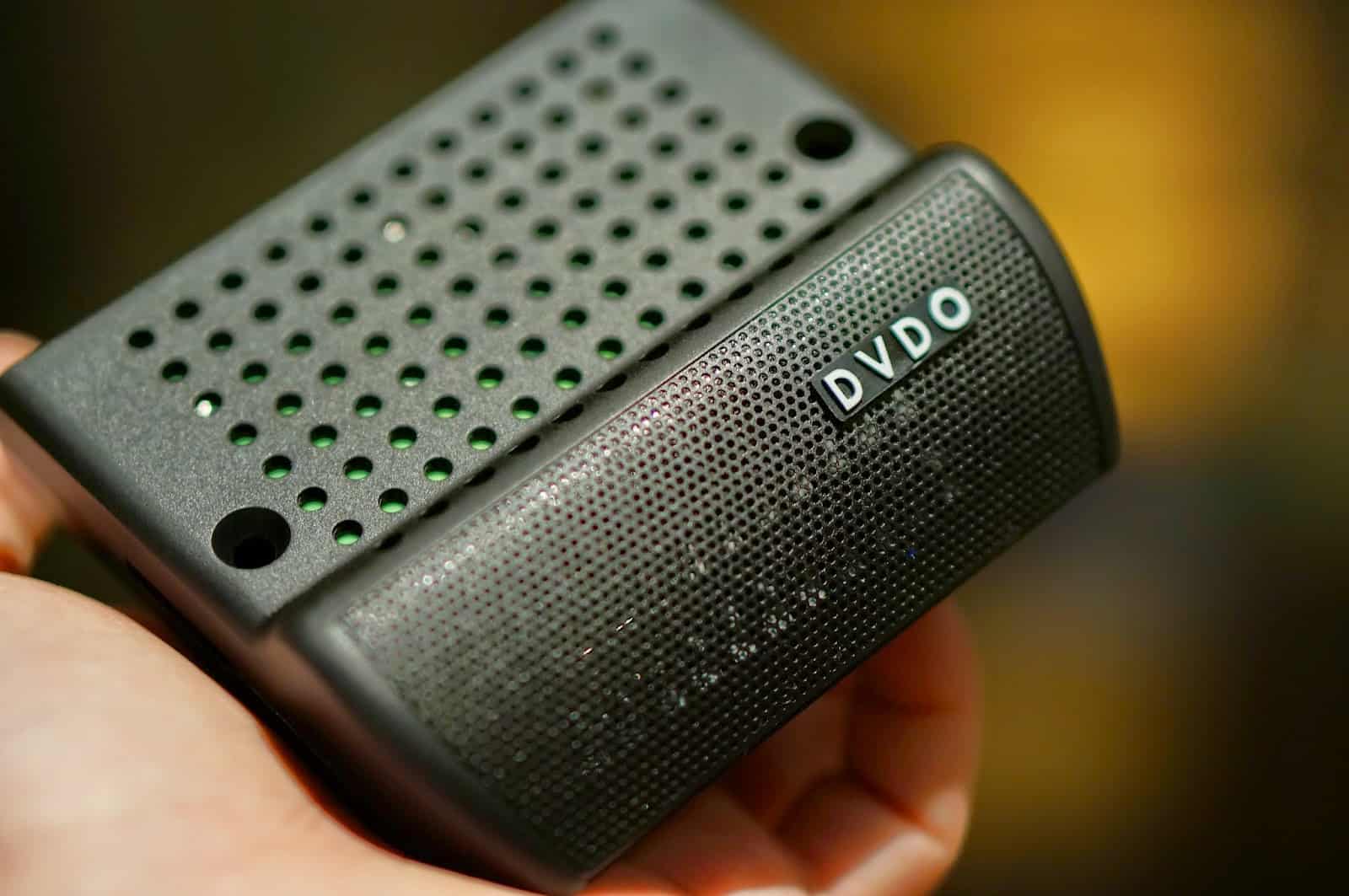 HDMI cables are magic. If you haven’t done a deep dive on the multifaceted cords, they’re worth knowing about. Though a humble cable, HDMI actually carries on it abilities that we don’t even use yet, including the ability to carry high-speed network connectivity. While that’s terribly interesting, the fact remains that these are still wires that need to be run throughout our house, connecting our favorite glowing boxes to our favorite beeping, blinking machines. That’s unacceptable. This is a wireless world, and it’s time our televisions caught up.

HDMI wireless transmitters are a new and still developing technology. What these items do is allow you to connect a transmitter to your satellite receiver, cable box, computer, gaming console, Blu-Ray player, or that Betamax player you wired for HDMI…somehow. You then attach a receiver to your television. The transmitter sends the high-def signal to your TV, and you’re now cooking off the cord. There’s a lot of variation, extensive pretenders, and wide parity in this market, which is why knowing the 7 best wireless HDMI options for every entertainment center.

For now, anyone using a 4K television can get 1080p resolution using a transmitter, but you won’t get Ultra HD, so you’re better off with a good HDMI cable until wireless tech manages to catch up. We suggest the cheap and invincible Monoprice 6105.

The signal quality and quick interfacing are both helpful on the Air3C, giving you the choice of streaming from one TV to another with the single HDMI outlet hookup. Where you’ll find difficulty is with the need for “line-of-sight” when using the 60GHz transmission band. Instead of broadcasting through walls, the transmitter needs to be put in such a way that it can mostly see the television its transmitting to. This is troublesome, as is the fact that many other devices use the 60GHz band, which will interfere with transmission if you’re using a lot of wireless gear on that frequency. Though that sounds like numerous complaints, the picture is stunning compared with other choices, and the connectivity is better, so long as you can find that direct line of visibility. Purchase: $149

Hardly the town darling, the big 2-lbs. transmitter from ActionTec is a little chunky to be our favorite choice for hiding among the gear on our TV stand. Add in that the body doesn’t feel well constructed, and you’re starting to get the picture of the MyWirelessTV 2. Where it shines is the ability of each transmitter to connect to a quartet of receivers, letting you stream out around a whole house if you have the proper setup. Capable of broadcasting through standard walls without difficulty, and bringing surround sound along with it, anyone who likes a hub that feeds every room in their home will enjoy this rig. Purchase: $170

A strong 100-foot range and dual HDMI input ports provide the capacity for the Kit to hook up to one television, then stream out to a second TV without needing to add another box. Picture degradation is negligible, mostly occurring in the form of a little noise and blurriness, but then only when at the outside edge of the broadcast range, and only really seen on larger TVs. Easily hidden, needing only a USB input for power, the advantage of a low price and low power consumption box, and smart sync technology, the only reason to upgrade is if you need more outputs. Purchase: $190

Borrowing looks from both the Apple TV box and the dongles like Chromecast and Amazon’s Fire TV Stick, the technology under the hood has a similarly impressive pedigree. The broadcasting base has some of the most intuitive controls and operational readout that you’ll see in the industry, complete with uncompressed video streaming. Having data move uncompressed is important in copy protection, and will be necessary for some Netflix content and movies you broadcast from disc. A true 100-foot signal and no video lag gives a lot of juice to the little black box. Purchase: $200

Going big with 4 HDMI inputs as well as component video slot, it’s possible to run a lot of digital data through the GWHDMS52. The multiple ports offer the choice of adding in Blu-Ray, cable, or whatever other video line you have running into your house. If you have a wide, dynamic setup, this might be useful, but you can also buy a cheaper HDMI input switch that would work with a transmitter and still allow you to run your whole entertainment system through a less expensive option. If simplicity is your design and price isn’t an object, you’ll waste a little money on accessories here, but you’ll also walk away with one of the most comprehensive HDMI systems. Purchase: $294

JTech was quick off the line with creating 1080p HDMI transmitters, so they’ve had some time to make mistakes. The HDbitT Series is into its second generation, with the flaws of the first breeding a superior machine in every possible way. Built flat with simple mounting points to tuck it away, the HDbitT transmitters are as demure as they are effective. Though the technical specs lay claim to being able to give 4K by 2K video, you’ll see the lines and faults, particularly when compared to a clean signal. Still, it handles regular HD exceptionally, and does break into higher p’s than standard transmitters. Video lag will annoy live streamers, so make note. Purchase: $320

No latency or lag, setup that literally can be done inside of a minute, and the ability to transmit 3D video – in case there’s anyone who cares about that – the WHD200 is an uncompressed darling in the HDMI world. Though it’s a little bigger and less made to be subtle, the lack of personality or finesse pays off in execution. Gamers, drone spy pilots, and ordinary mediaphiles will find the operation extremely smooth. That smoothness comes at a literal price, so anyone but a power user who knows this is what they need will be paying extortion prices. Purchase: $370