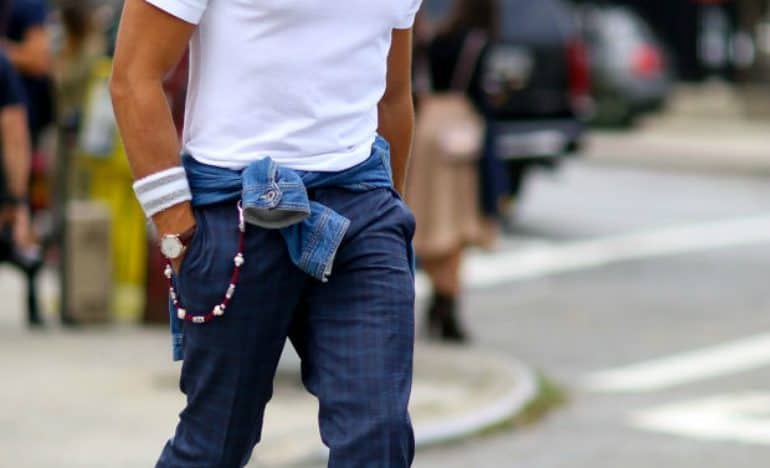 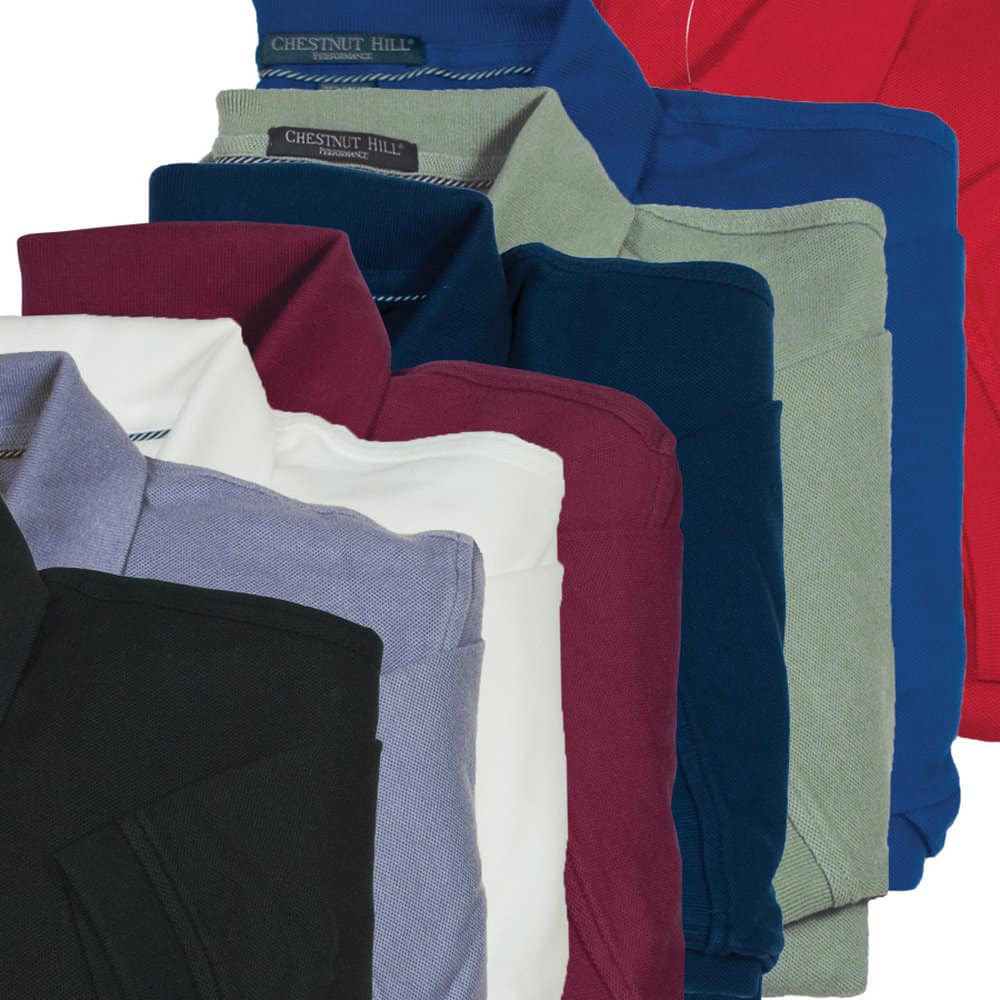 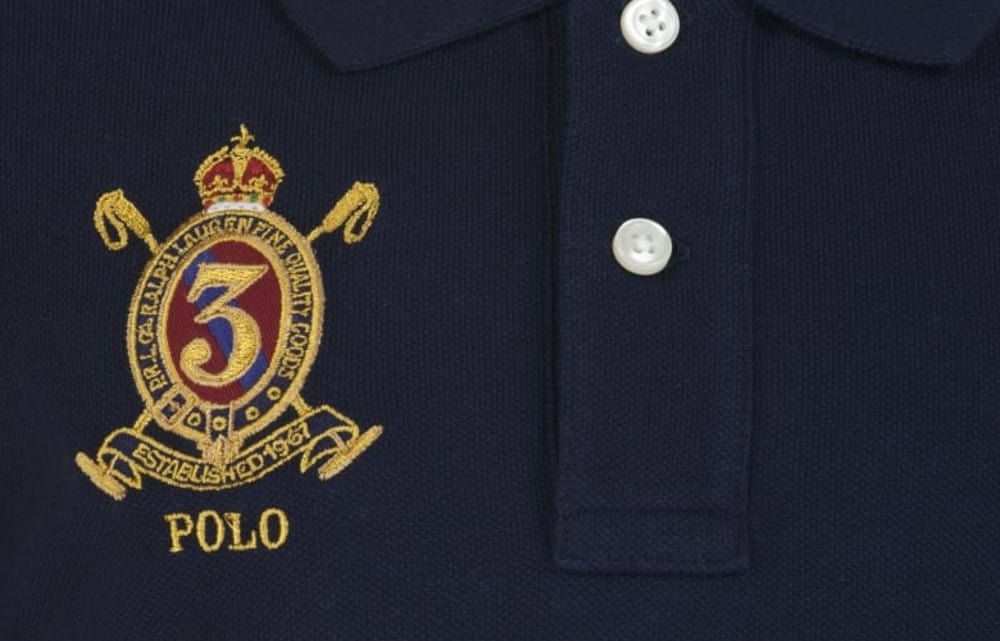 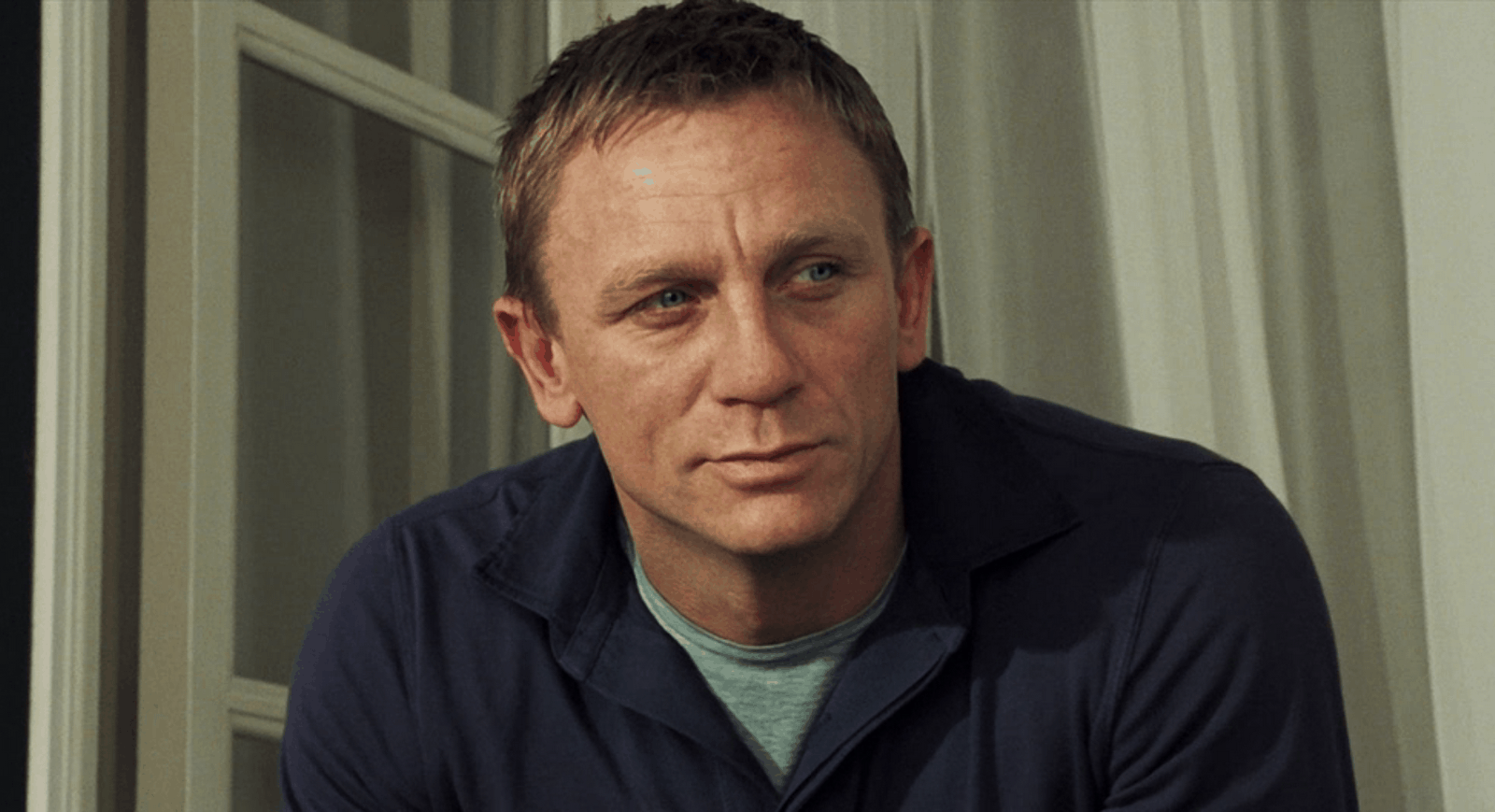 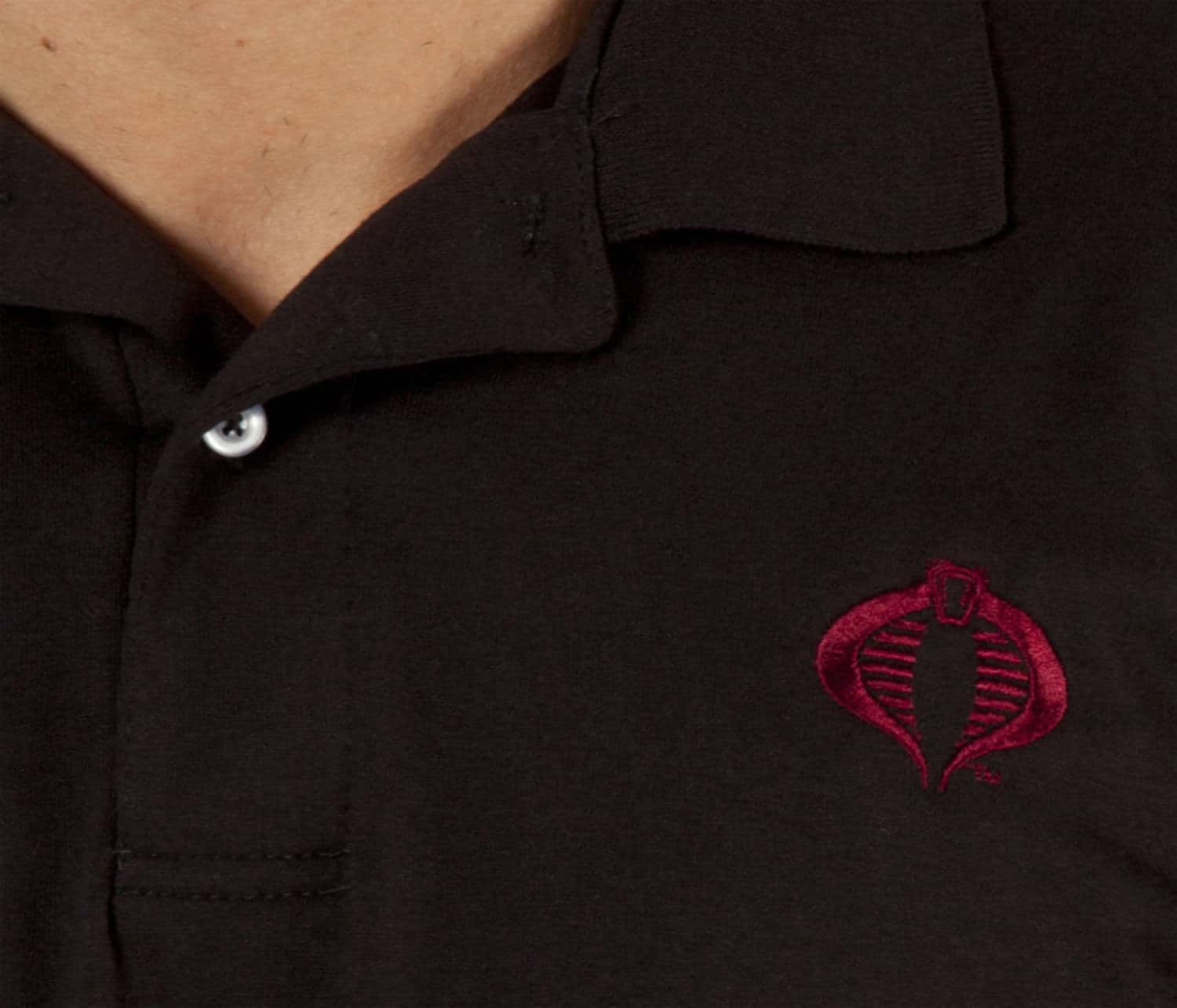 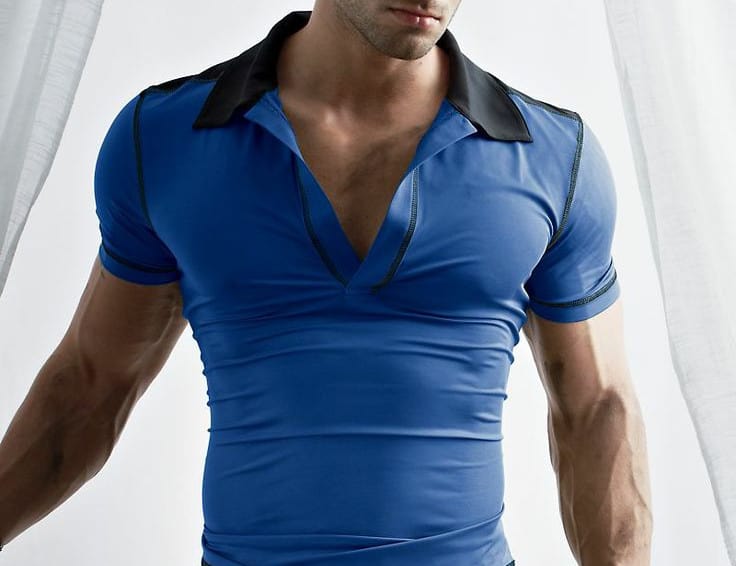 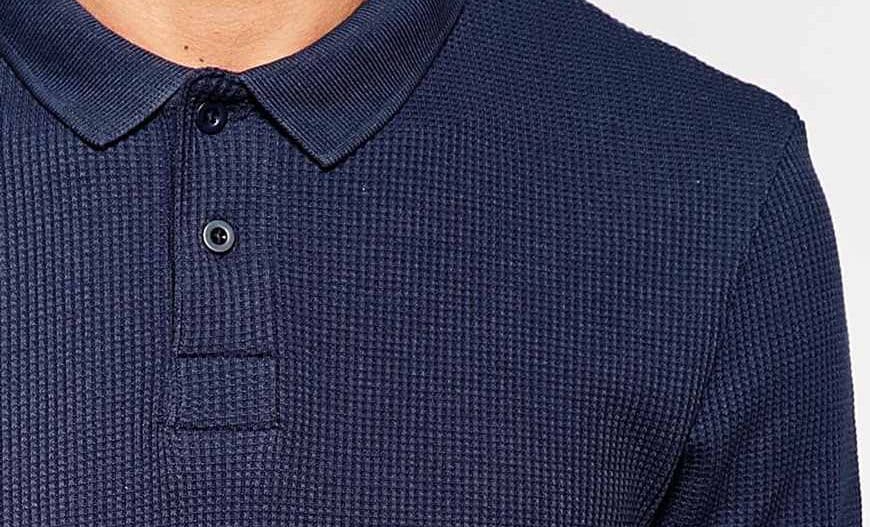 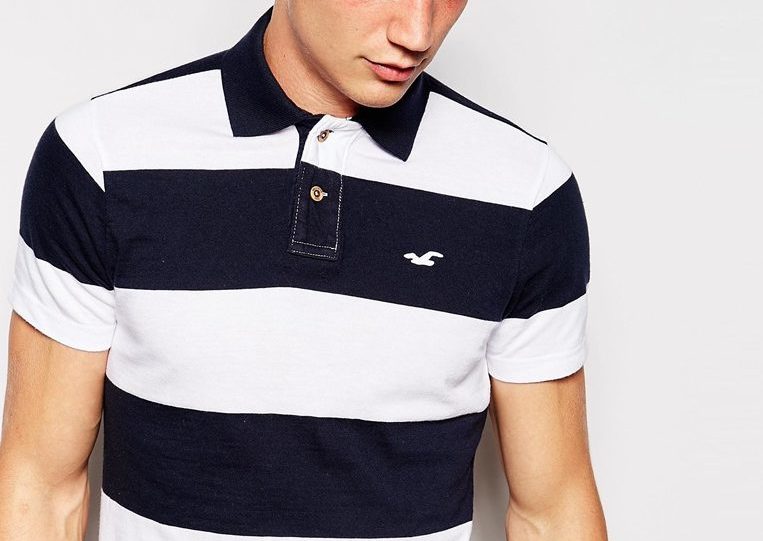 The poor polo shirt has been taken over by the lazy and the sloppy when it should be celebrated as a breathable, casual shirt that shows you can reach higher than a basic tee, but don’t need to go with the full button-up shirt. Yachtsmen, athletes, and royalty have worn polo shirts, and done so with grace and class, yet whenever we think of them, most of us can only picture someone forced to wear it as a customer service rep at the nearest electronics big box store, or while they deliver pizzas. It’s a tremendous garment that should be abused no longer.

How The Polo Shirt Came To Be

To comprehend how these shirts should be worn, we must first comprehend where they came into being. Though the name would lead us to believe that it was once made to play polo, it was made for another white collar pastime, tennis. Fashioned by tennis maven René Lacoste in the 1920s, it was built to be light enough to breathe like a jersey, yet bear a collar that could be flipped up to cover the neck during sunny games. Though better textiles and looser rules about style have allowed tennis players to go with more standard tee-shirts, they are still modeled after the polo.

As expected, the polo shirt caught on with many erudite athletes, particularly the polo players who preferred it to their own button-down collar shirts. Once the “tennis shirt” the polo moniker stuck to this day.

Modern polo shirts were largely the work of designer Ralph Lauren who began offering a far wider range of colors and styles in the 1970s, which led to the boom of polo shirt’s mainstream popularity. Eventually the semi-casual nature turned it into a work shirt for those who needed to have a basic uniform that wasn’t as cost inefficient as Oxford shirts. Thus, the heat on it went away and it became a bit of a punchline to the sartorial society.

Very similar to a tee-shirt, the jersey polo is extremely casual, often made of smooth fabric that isn’t woven. These are cooler shirts intended to be worn during physical activity rather than as a fashion statement. The sleeves are traditionally hemmed, rather than bearing the elastic band that is the mark of a more refined polo.

The more standard polo, these are made of woven fabric that give them a textured appearance while also providing breathability during warm weather. They have ribbed bands on the sleeves or cuffs, and the overall look is more professional than casual.

Polo shirts can be made out of any kind of fabric, with cheaper ones often put together out of polyester/cotton blends, or even straight polyester, which tends to give them a shiny appearance that makes the fabric look cheap. Silk polos are available, but they tend to be awkward, clingy, lose color easily, and don’t have nearly as much durability as shirts made of better fabrics.

The best polo shirts are made of pure cotton, using the natural stretch, moisture wicking, and airiness of cotton to maximum advantage. You can find some light cotton/poly blends that are sturdier than 100% cotton, but if you do, try to find those that have very little polyester, lest you run the risk of looking a bit low-rent.

How a Polo Shirt Should Fit

Polo shirts generally are fit like tee-shirts in the chest and shoulders, where they should help define your body. If you’re yoked, you can aim for a tighter polo, but focus on the “er” part, since one that is too tight tends to fall into the category of preening frat guy, which is precisely what you’re trying to avoid. They should have a bit of billow at the sides, particularly around the waist.

The bottom hem of a polo shirt should land below the crest of your hips, but not hide the crotch of your pants. You should be able to comfortably tuck it in while being able to move freely without it pulling up and out of your pants. The back side should ideally be longer than the front, since these were made for men playing tennis or riding horses and need to remain under the waistband during activity.

Short-sleeved polos are the most common and should land partway down your bicep. Long-sleeved ones should have cuffed sleeves that allow you to push them up so they emphasize your forearms. Again, since these are intended for movement, they shouldn’t restrict mobility around the elbows.

How To Wear a Polo Shirt

There’s a lot of rules that mostly boil down to common sense, but here’s what you need to know.

Button at least one button. You can go with two if you wish to cover more skin, or all three for a counter-culture look, but leaving all of them undone is a sloppy move that makes the collar sag.

The rule was once that any undershirt you had with a polo should be hidden, but that’s no longer the case. If you opt for a larger or long-sleeve polo with a wider neck, having a complementary, color-coordinated crew neck undershirt can add a touch of professionalism, as well as variate your clothing palette. If your polo fits in the classic way, which is tight at the neck and high on the arms, having your shirt show makes it seem sloppy. The more intentional it appears, the better. If it sticks out like an accident, you’re failing.

Polo players fell in love with these shirts because the collars were loose and laid flat. You can throw the collar up if warding off sun or rain, but if you walk around with the collar up for no cause, you’re missing the whole point of the shirt.

Rarely if ever do pocketed polo shirts look good. The pockets aren’t used, they sag after washing, and detract from the overall appeal of the shirt. If you’re wearing it for activity, it doesn’t matter as much, but the less casual you want your shirt to seem, the more you want to avoid pockets.

As with undershirts, any logo or crest on your polo should either be big and splashy, showing you want it to be noticed, or nonexistent. Currently the style is to go as plain as possible, since the showy crest is reserved for rugby players and guys who are trying to brand brag, which isn’t part of the current minimalist look. For safety’s sake, avoid.

What colors you should have are largely in how you use them. Darker ones are more stylish and look better when tucked in. They are also better for wearing with an undershirt for a semi-casual evening out. Colors should almost always be solid all the way around, unless you’re trying to make it casual. Casual polos can be striped or patterned, but will never look dressed up, even if you throw a jacket over them. That’s a failure of grandiose proportions.

To Tuck or Not to Tuck

Polos can often be worn in place of an Oxford shirt if you tuck it in with a belt and set of shoes that match. If you don’t have a belt, better to leave it untucked, as you look incomplete. The simple way to go is if the polo has a pattern, or you’re not wearing a belt, keep it out. If it’s solid and you have a quality belt on, then you can go tucked or untucked depending on how formal or casual the circumstances.

The glory of the polo is if you have the right color combination, they will work with shorts, slacks, jeans, and just about anything else.

If you want to throw a blazer atop a solid polo shirt, by all means do it. This is the best way to go from laid back to going out and is another thing that makes the polo pop. On the other hand, putting a sport coat over a patterned polo is a messy mish-mash that makes it look like you don’t know where you’re going or what you’re doing.