16 Best Touring Motorcycles for Long Rides and the Open Road 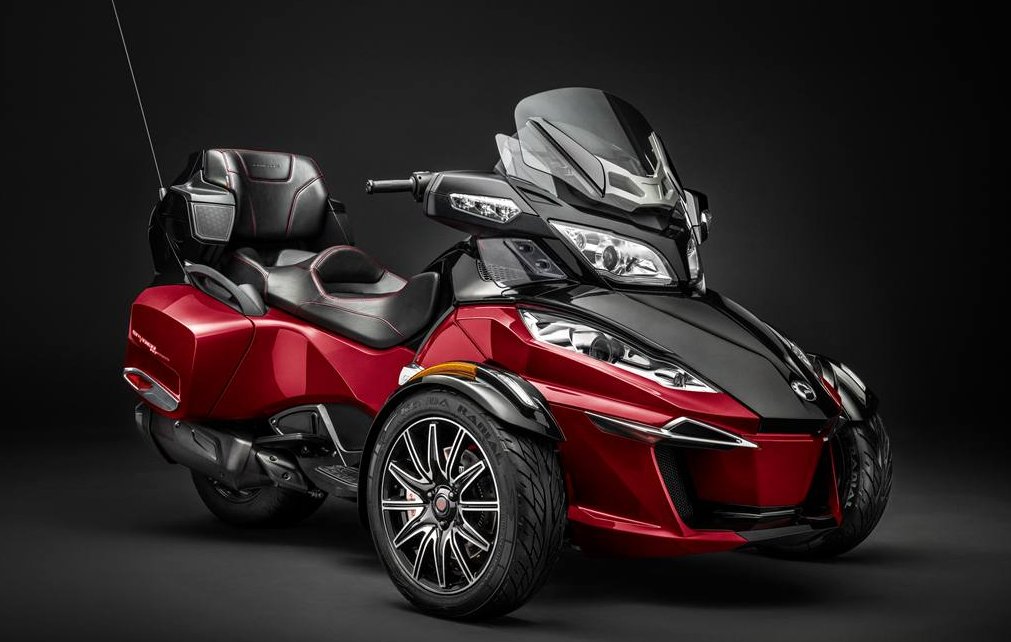 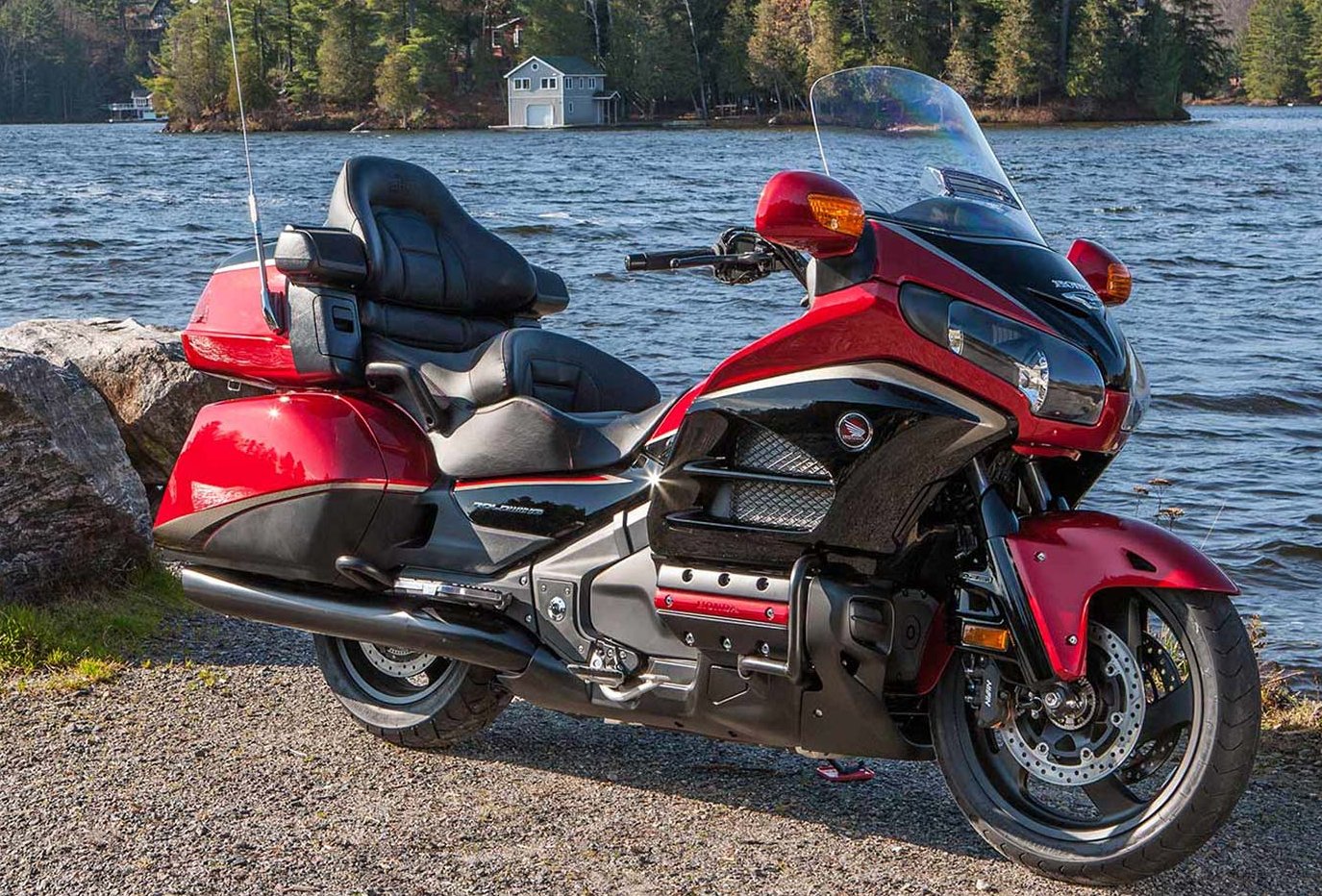 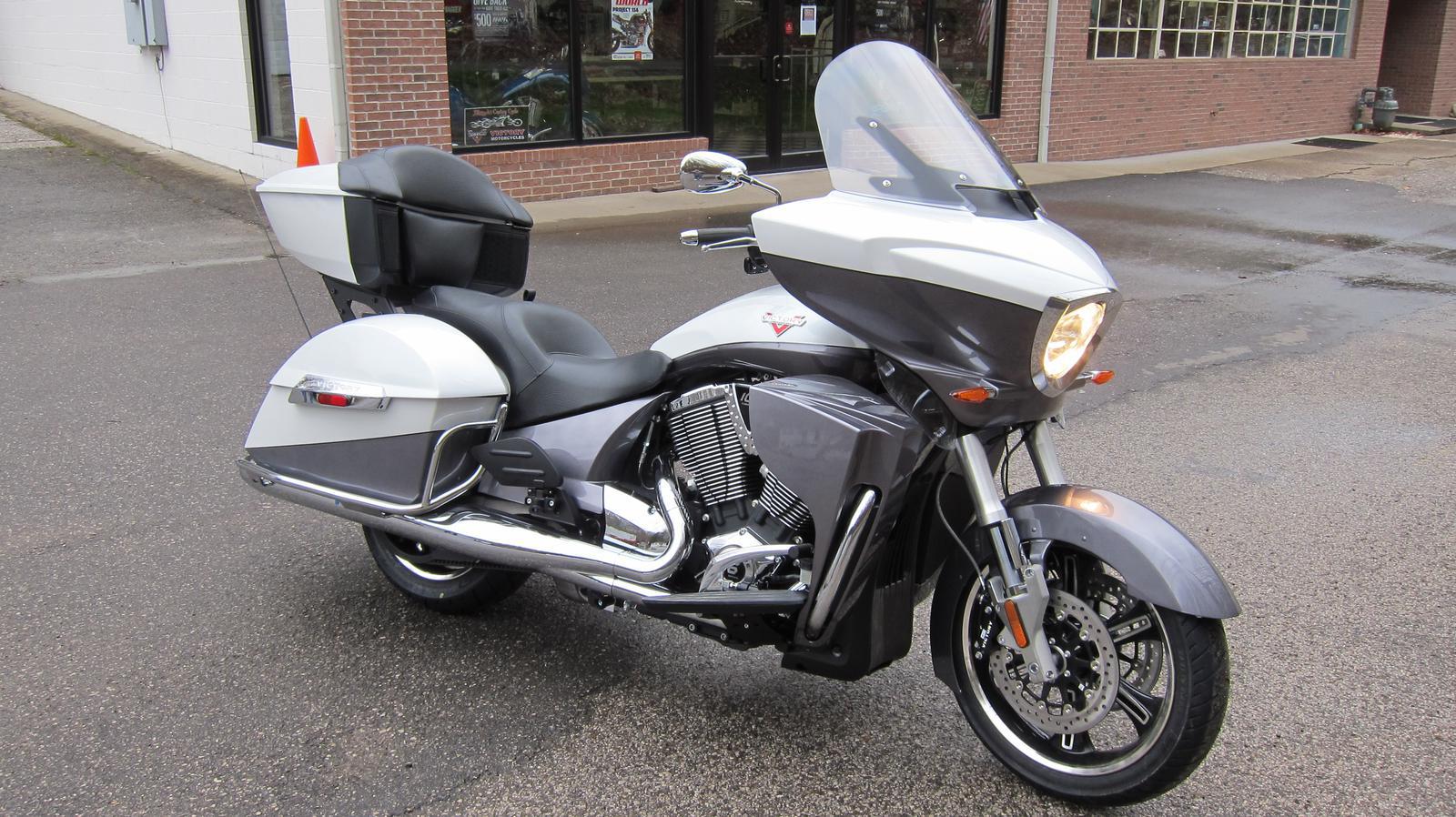 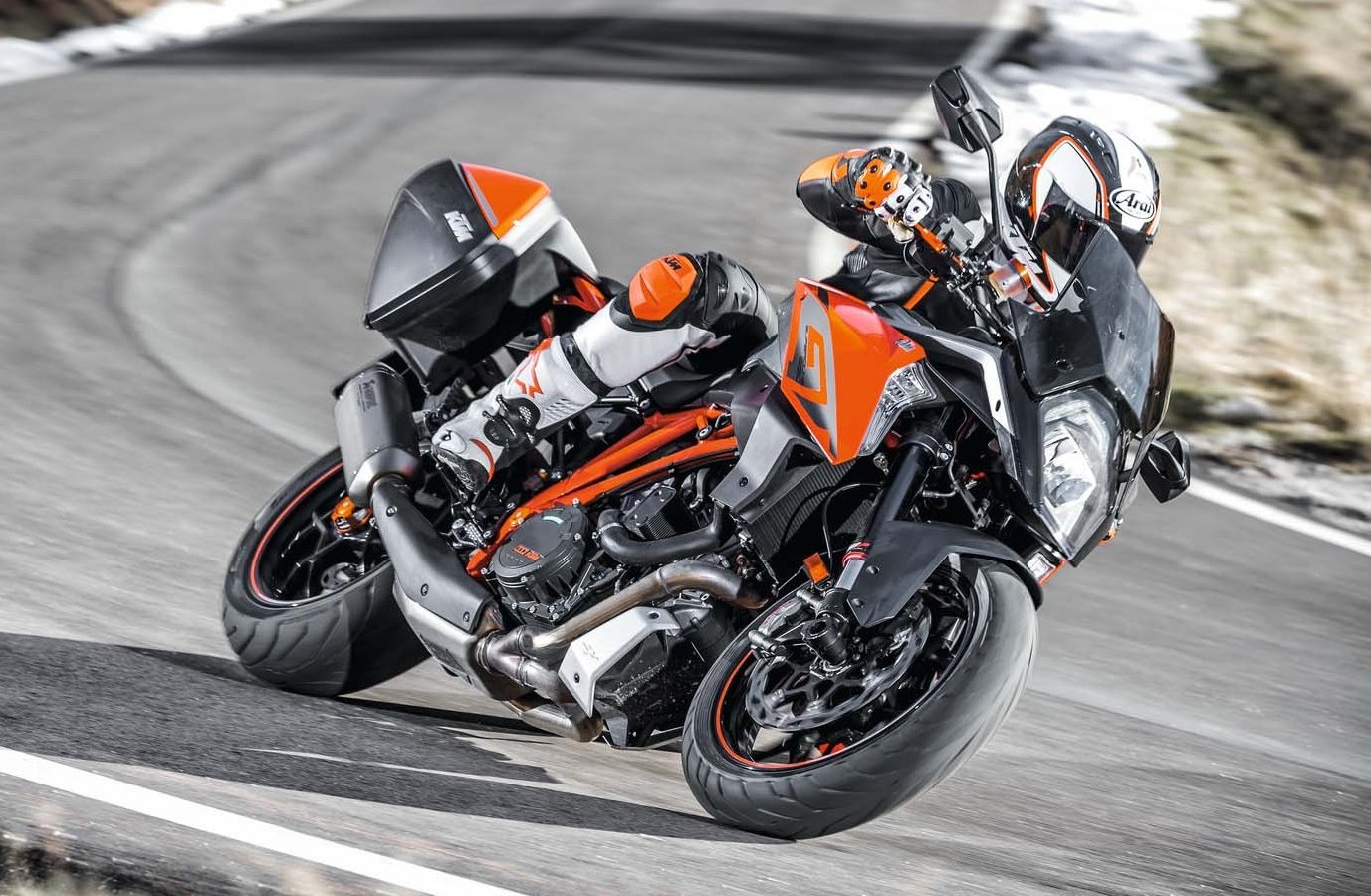 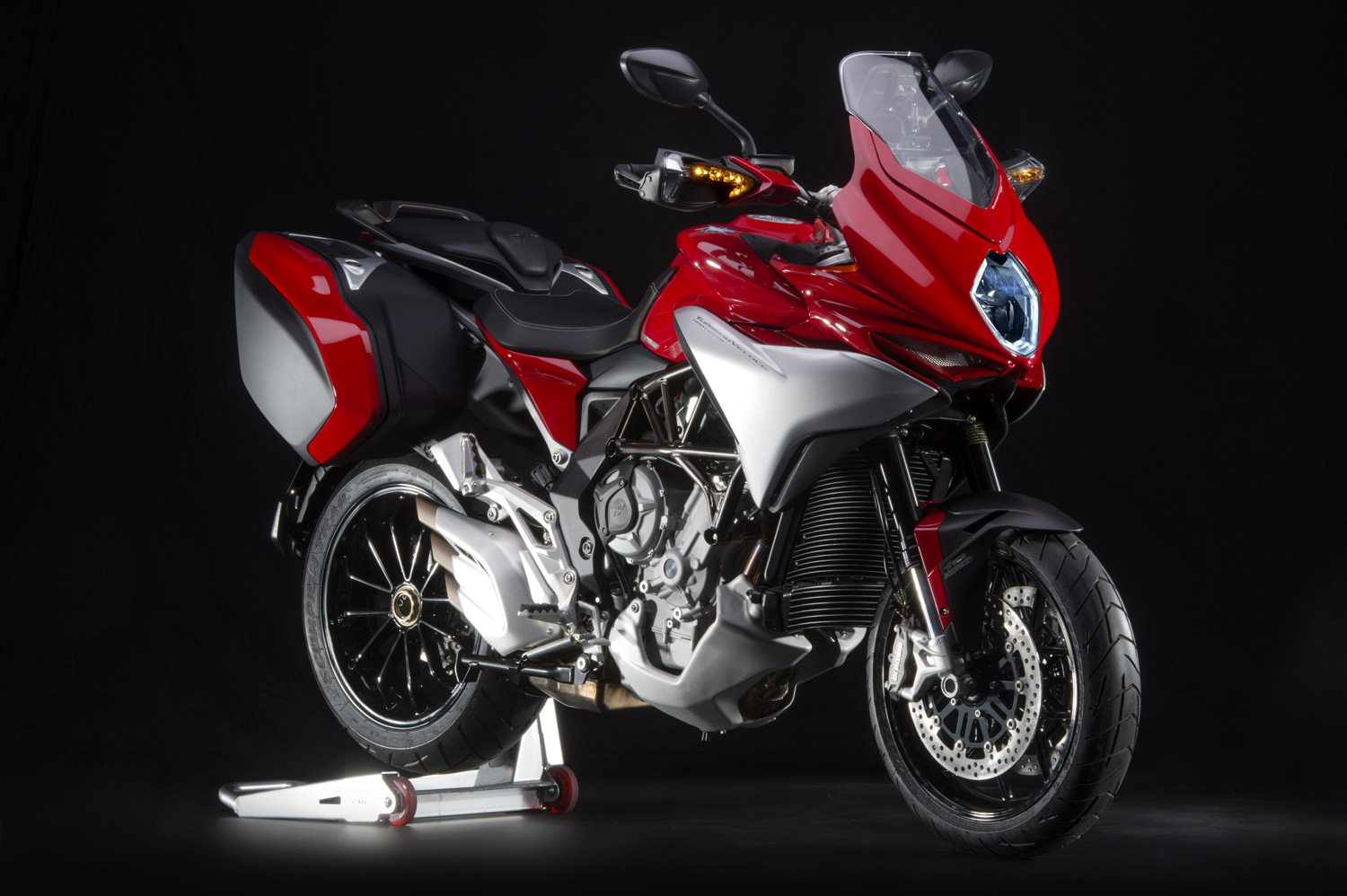 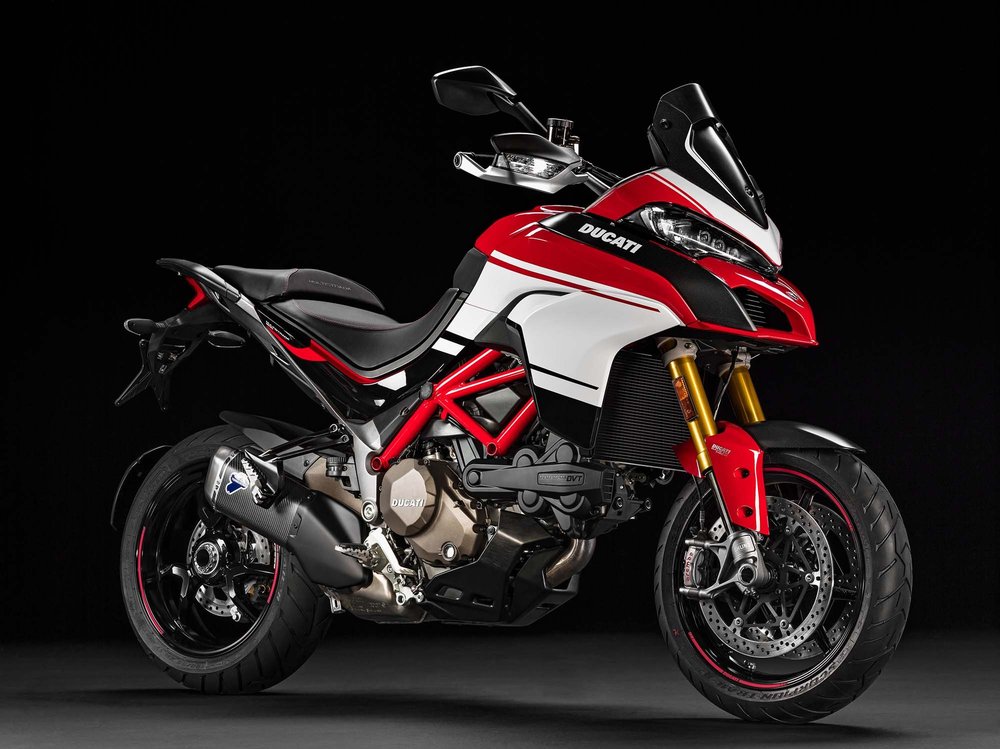 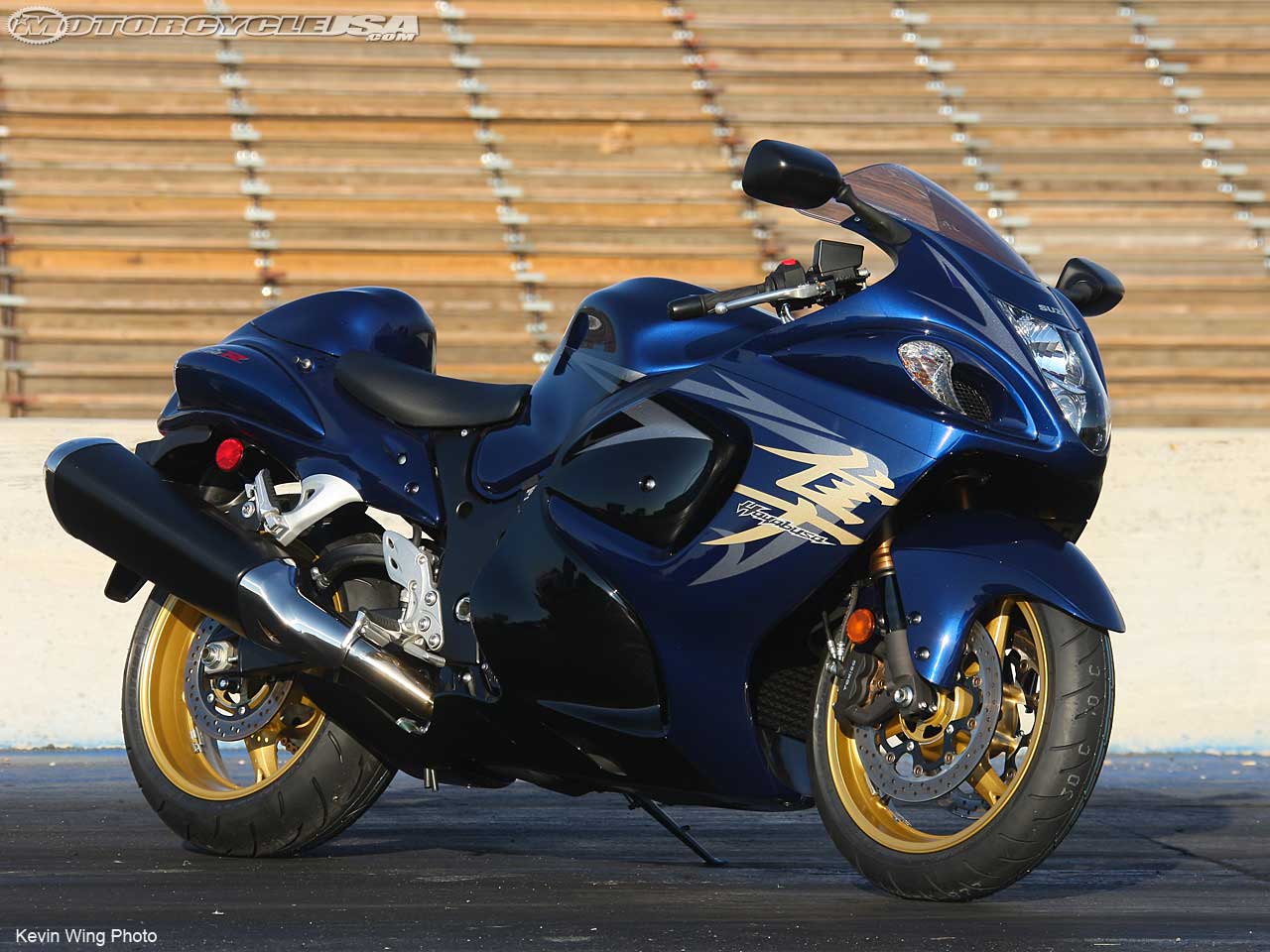 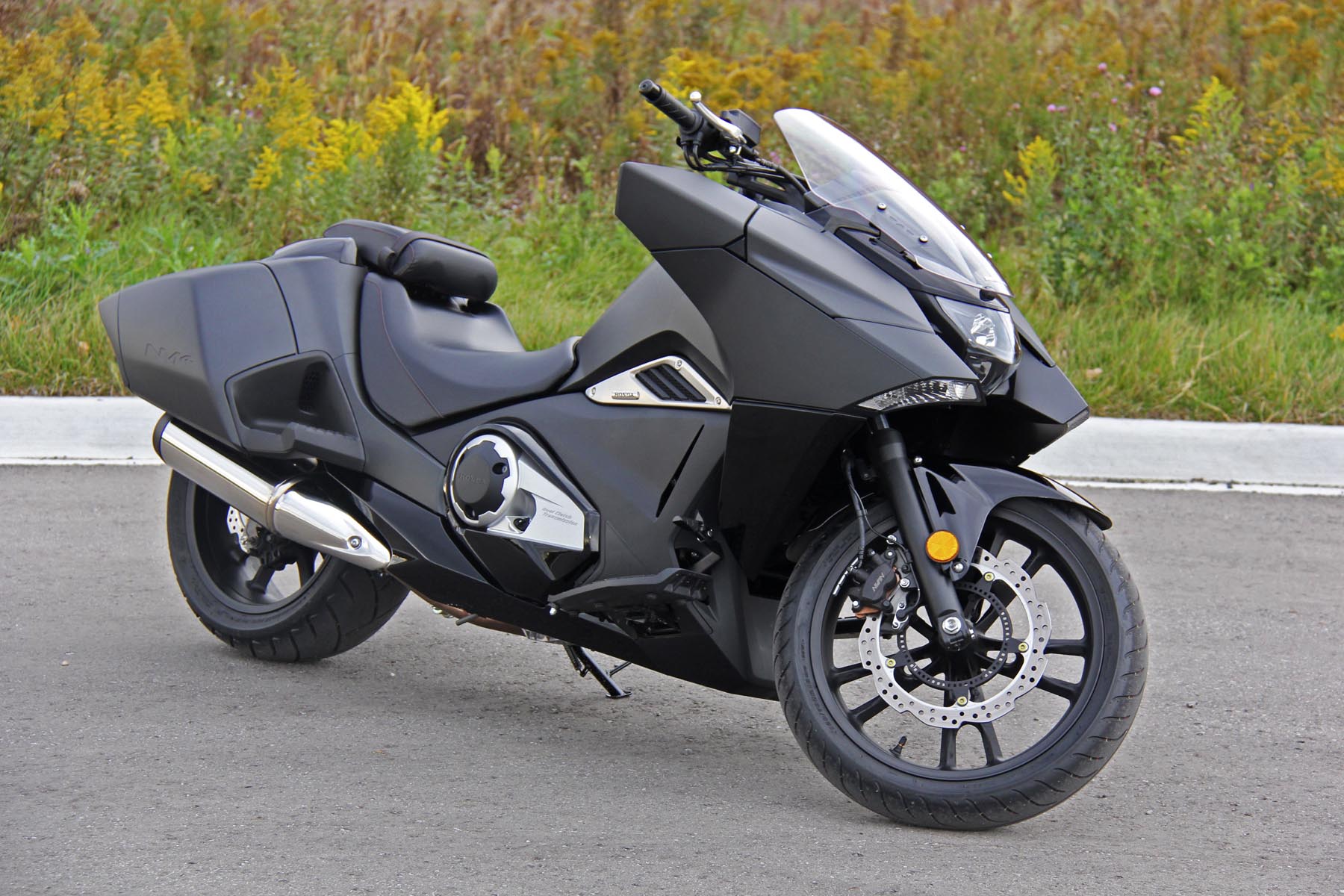 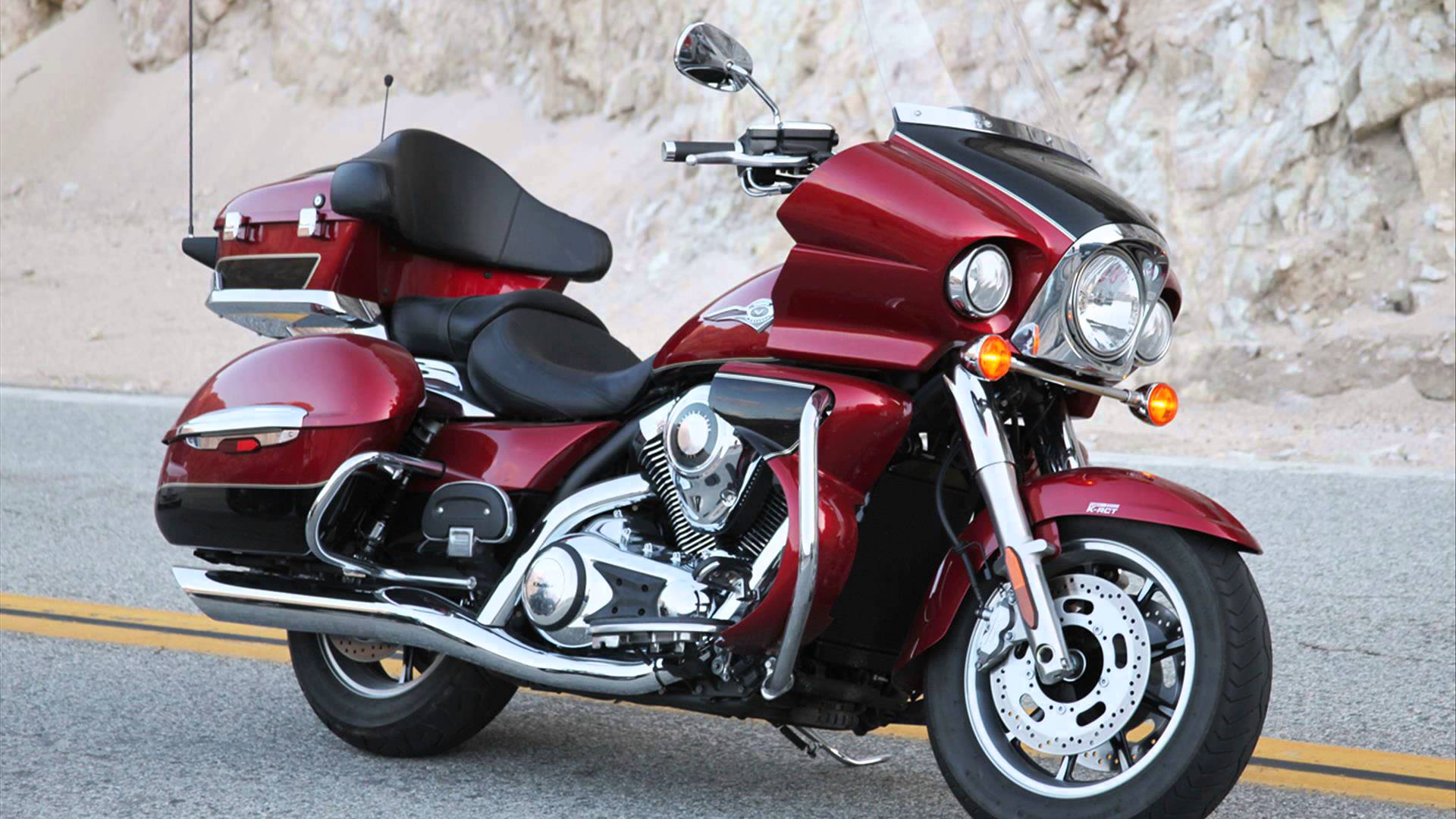 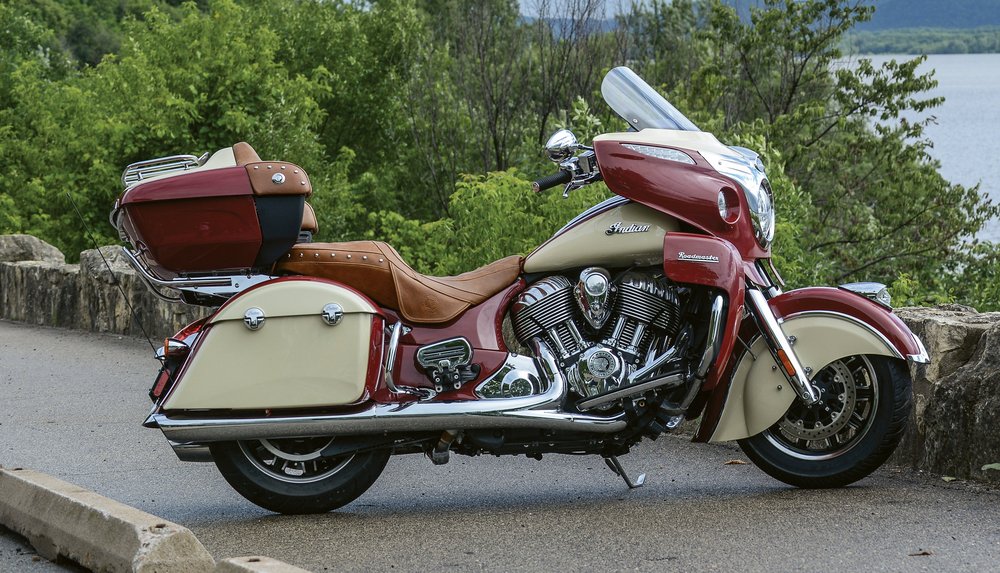 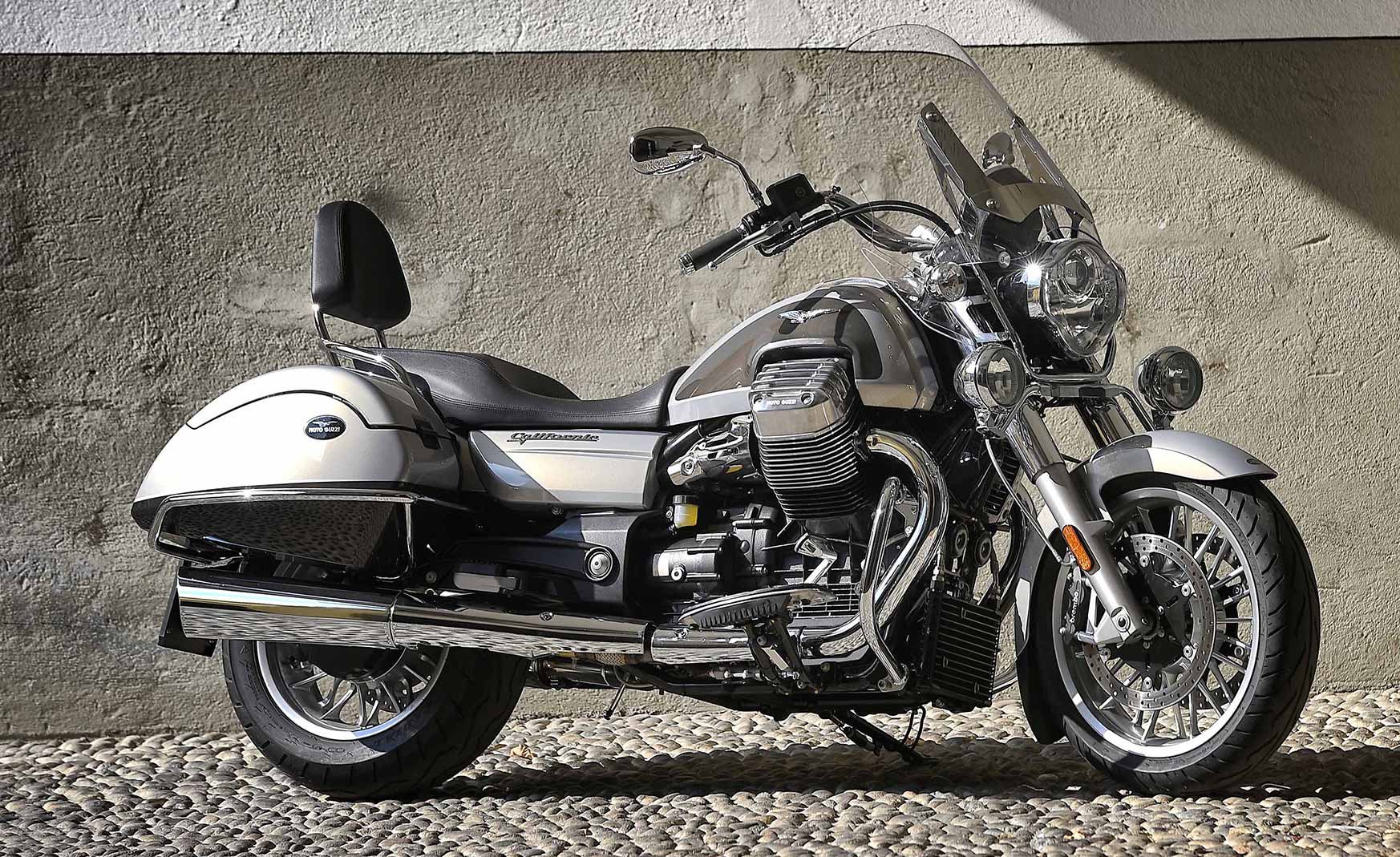 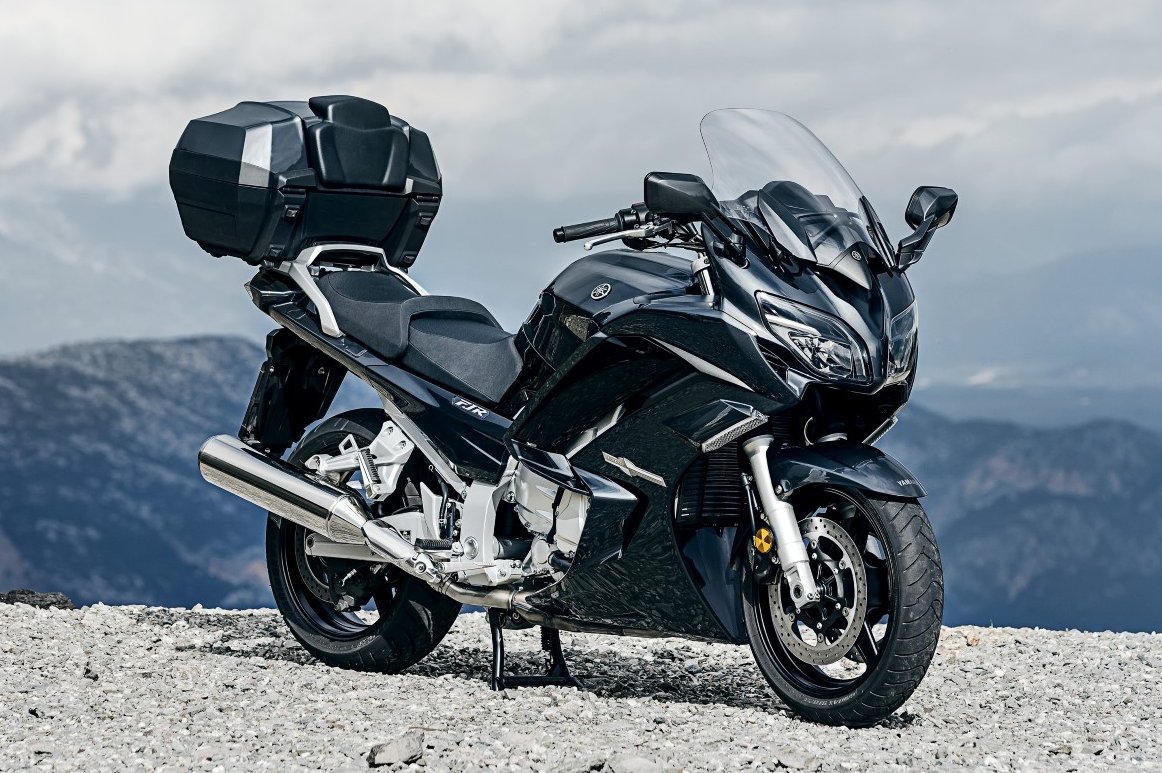 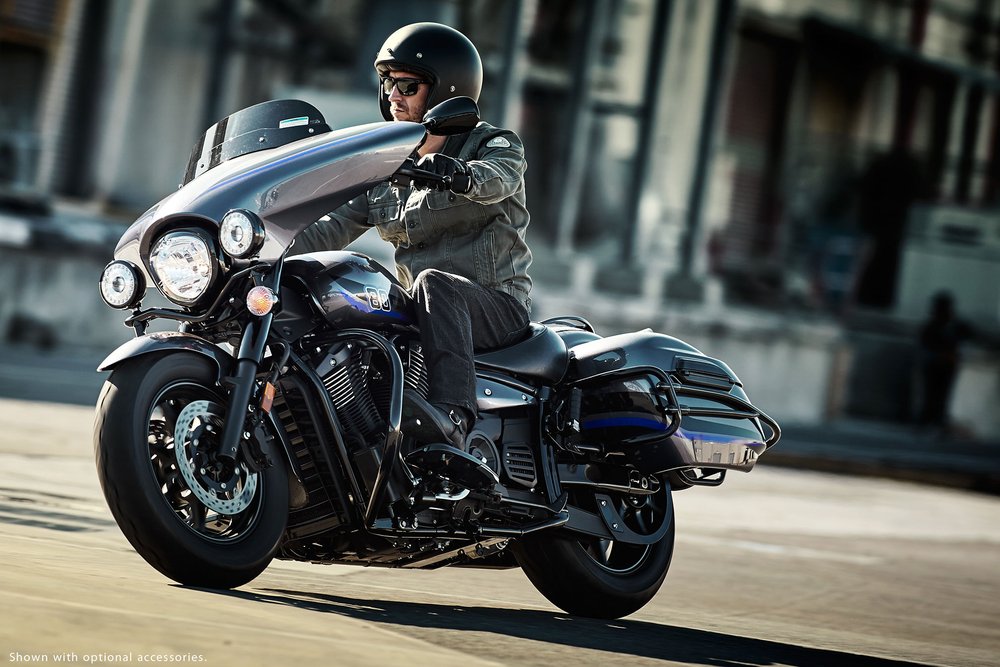 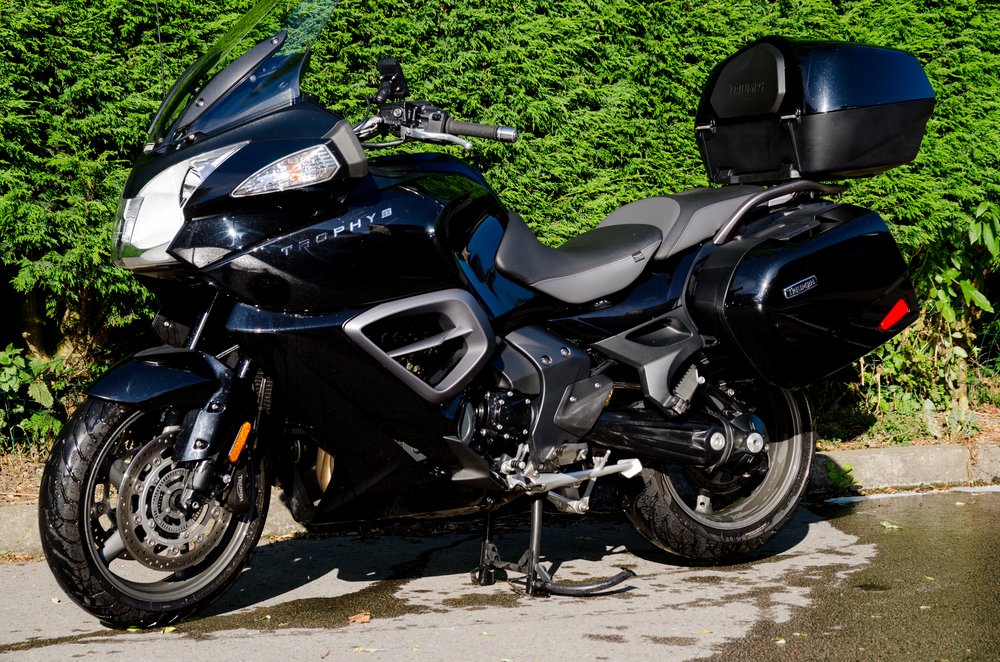 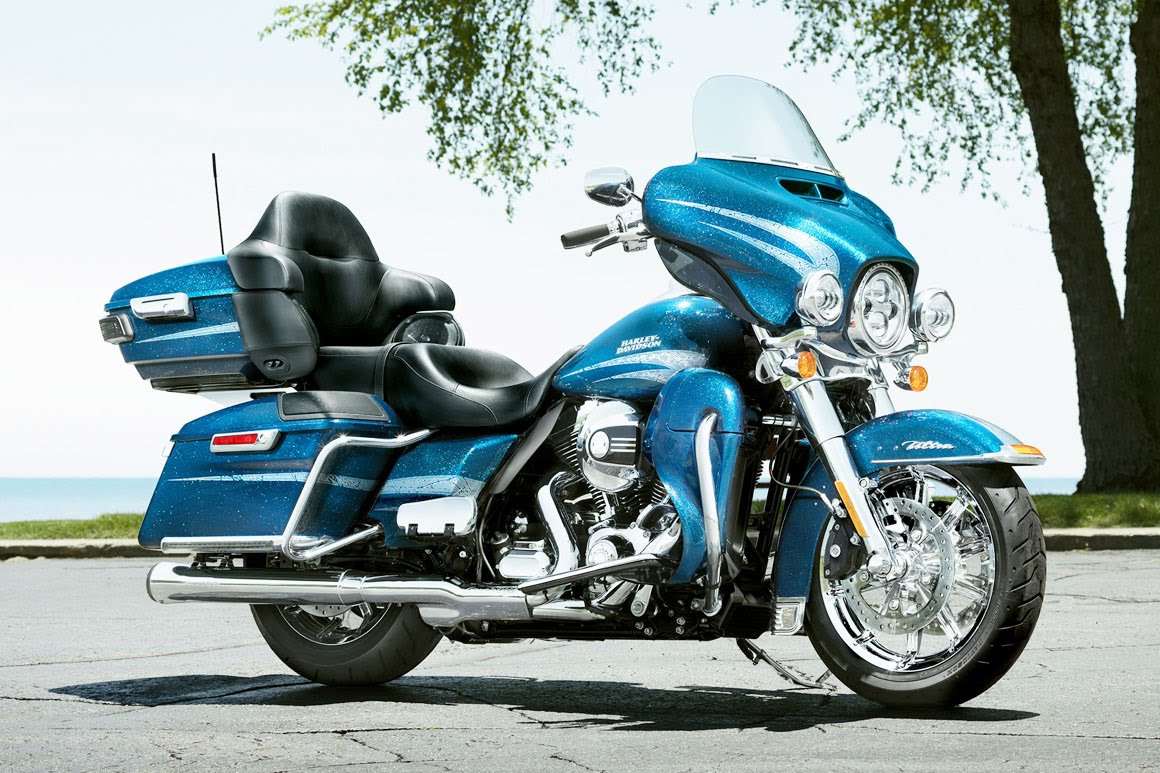 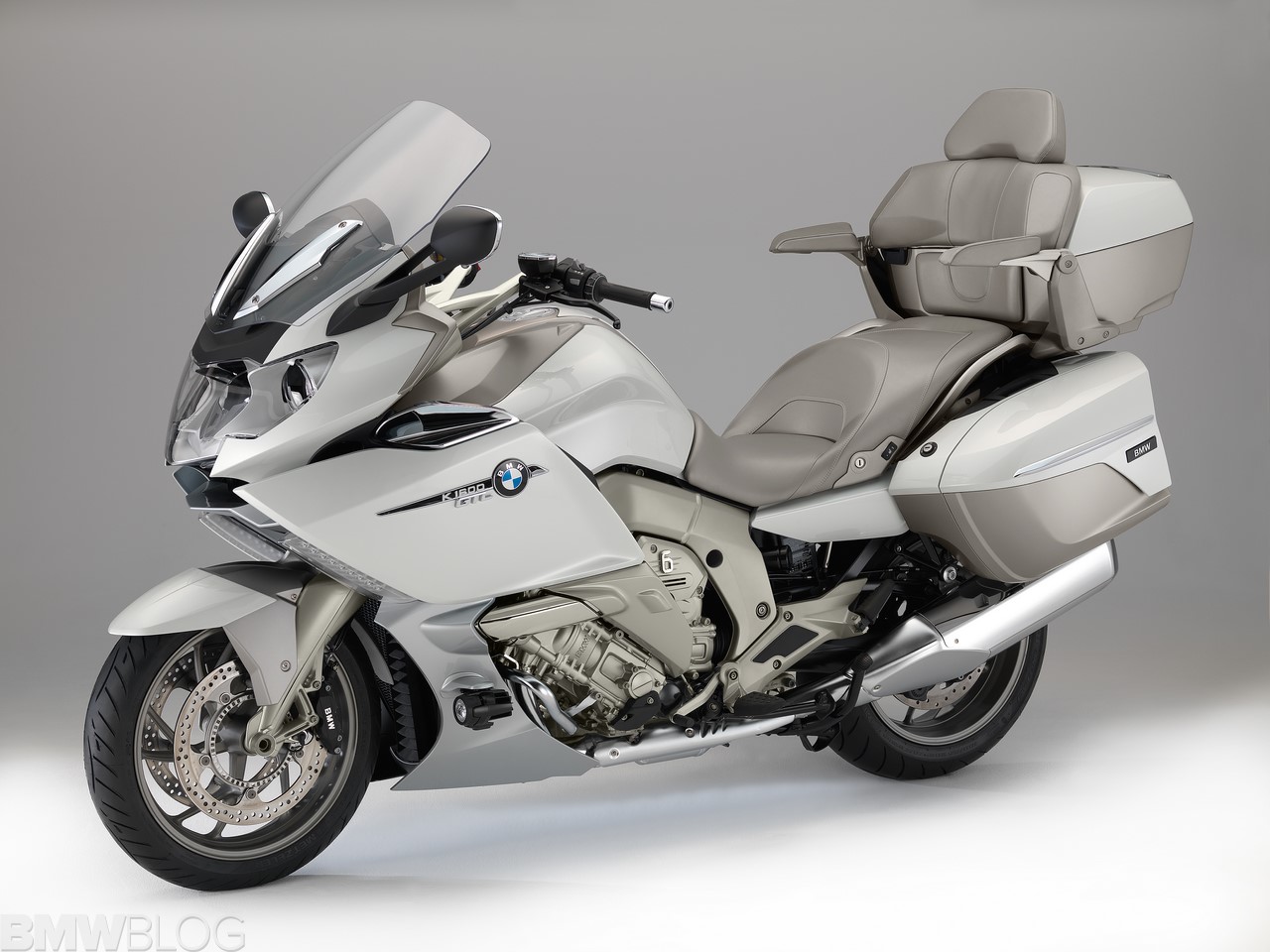 Any motorcycle can technically be taken on an extended journey, but go touring with the wrong bike and you’ll soon find your muscles cramped, your body burnt, and your groin utterly unusable. The multi-faceted beauty of a touring bike is that it keeps you comfortable for the long road ahead, gives you plenty of space to stash your specialized gear, and adds a sense of fun to the winding ways you’ll encounter.

More than ever, the touring segment of the motorcycle world has been experiencing a renaissance, with sport tourers adding in elements of fun, big tourers giving you a lot of power, and the cruiser/tourers giving you a mixture of commuter bike and cross-country marathoner.

Whatever your flavor, here’s 16 of the finest touring motorcycles you’re going to find.

Under those debonair Dark Knight-inspired looks lurks everything you’d want in a tourer from Honda. The six-speed dual-clutch tranny lets you climb through gears with fluid grace and then stop as sleek as you started with their anti-lock braking system. Integrated storage offer nooks and crannies for all your belongings in a balanced way that keeps your wheels straight on and cuts windshear down to a minimum. It even has a 25-color LED display you can customize for extra style points. MSRP: $11,000

If you fancy tailoring your ride while on the run, a flippable backrest and removable windscreen let you do just that, for customizing how you live out your Easy Rider fantasy. An inexpensive choice to be certain, with a belt final drive that cuts noise way down and reduces the amount of maintenance, giving it a gold star as far as “tour bikes for beginners“ go. MSRP: $12,600

A polarizing choice, the GSX1300-R, or Hayabusa has looks that you either love or loathe, but which are intended to do their job and provide everything you need when riding through the varied terrain of Europe and Asia. It’s a fairly old design, having only been overhauled a little bit since 1999, which is reflected in the small price point, but be not afraid. The 1,340cc water-cooled V-twin has 194 bhp ready and waiting, along with spry handling that doesn’t show its age. MSRP: $14,600

Die-hard sport bike riders will love the FJR which has captured a sport bike feel in a touring model. It’s sleek and slick, made for speed as much as comfort, with folding mirrors and quick-release luggage mounts that can be dropped in a moment for a little light track work. MSRP: $16,390

Superbikes got nothing on the Vulcan with its 107-lb-ft of torque and throaty 1,700cc V-twin. Truly a new work up top, with an intercom headset system and cruise control, it gets older as you look lower. That’s a true teardrop gas tank and frame-mounted fairing sitting beside those hard case saddlebags and top case. MSRP: $17,400

It’s hard to envision something that the Multistrada can’t do. Daily commuters will find the zippy feel good for navigating city streets, with enough sport bike soul to add pleasure to every flat run. As a touring bike, it has the dandy self-adjusting windshield, semi-active suspension, ABS, and traction control that is necessary for chewing through blacktop and chasing the horizon. As far as import motorcycles go, it’s a multi-bike winner. MSRP: $18,000

Moto Guzzi went so big in making the California that they had to use cut-outs on the fuel tank to make space for the heads and rocker covers. They’ve managed to fit their signature 90-degree V-twin and classic stylization without scrimping on ABS, cruise and traction control, or ride-by-wire throttle. MSRP: $18,490

There’s true ingenuity in the Veloce Lusso that shows it comes from a sport bike company. Using a counter-rotating crankshaft design that is as rare as a unicorn, the steering is as tight as it gets on a sport tourer and allows for navigating the treacherous streets of Vienna at speed. Semi-active suspension completes the package. MSRP: $19,300

Riders who long for a super touring option will find the 1,215cc inline triple mounted on the twin-spar frame to be a unique addition to the family. Stuffed with electronics, traction control, cruise, ABS, a tire-pressure monitor, adjustable headlights, and a ride-by-wire throttle will get their money’s worth with the Trophy. The turn signals even shut themselves off, and an anti-theft lockdown option keeps it safe when you crash at a seedy motel off Route 66. MSRP: $19,500

It hasn’t been easy for the Super Duke, but the scrappy youngster has proven again and again that it has what it takes for life on the lonesome road. The V-twin has a satisfying level of torque, with a stable chassis that won’t wobble even if you do. Semi-active electronic suspension is the real star of the show, beating out rough canyon roads or tackling the salt flat straightaways with a wink and a glide. A true pleasure to ride. MSRP: ~$20K

Victory has come alive in making a cruising motorcycle that can jump into the touring scene. If the forward-leaning position doesn’t appeal to you, then the Cross Country will send you into fits. Those that like the bulky build and want to customize it to the hilt will be laden with options. Among the notable features are cruise control, standard ABS, and an upgraded exhaust that pulls more horsepower out of the engine so that the wolf can hunt. MSRP: $22,000

BMW has come to reign supreme in the land of touring bikes, thanks to a nimble sport body capable of taking on curves along with all the luxurious amenities you want for hard miles out on those open highways. The adjustable suspension and duolever front end handle high speeds and tight angles, backed by an inline 6 that sings. It’s big, but carries its weight well, remaining airy and fleet where it counts. MSRP: $23,200

If a Gold Wing isn’t in the conversation, you aren’t talking about touring bikes. Continuing to impress year after year, the Gold Wing is the platinum standard for putting creature comforts onto your steed. Huge seats and low floorboards cradle your whole body, cutting road sores and stiffness down to the minimum. A flat six provides the power, which isn’t going to scream, but rather carry you on cloud 9. MSRP: $24,000

You can’t help but love the badass image that Harley has created, but the ability to continue to innovate is what has given the brand continued life in an ever-changing world. Among the Glide line of bikes – all of which are respectable tourers – the Electra Glide stands out as an opulent place to park your seat. Chromed wheels complete with look of this next-generation Hog for the luxury rider who wants a touch of rebellion. MSRP: $24,149

Don’t get thrown off by the vintage appearance of the Roadmaster. It’s as contemporary as they come. A six-speed transmission offers up loads of torque, and then it lays on the creature comforts with a Bluetooth stereo, keyless start, remote locking hard bags, heated seats, and Pandora pre-loaded for your listening pleasure. MSRP: $29,000

A tri-wheel can be a tough sell to many purists who only want vintage cycles that stay with the two-wheeled pack. If you’re among them, then the Spyder is ready to change your mind. 41 gallons worth of storage space allow you to live out of this indefinitely while all that bike is managed by a inline-triple Rotax 1330 ACE motor with a specialized Bosch system that mixes up traction control and stability to keep it moving mellow mile upon mile. MSRP: $29,400