As our cities become more and more crowded – and the premiums for space climb higher and higher – people are having to make do with smaller and smaller living spaces. For that reason, it’s not terribly surprising that many of the best developments in the world of modern architecture involve doing more with less. Already, we’ve seen a whole host of promising innovations; smart designs that can make even the most minuscule of homes feel spacious and comfortable. Madrid-based firm PKMN Architectures is the latest organization to throw its hat into that arena. The “All I Own House” is a tiny transforming apartment that truly does more with less.

By making intelligent use of moving stacks – pretty similar to the sort you’d see in libraries or archives – the firm’s designed an awesome, configurable studio apartment that feels more like a house. Through a rail system anchored to the ceiling, residents can transform their home into pretty much any room they could possibly require, from a studio to a bedroom to an office to a bathroom to a kitchen. The appliances and plumbing of the apartment are its only static element; the rest of the design is contained within the custom-made wooden containers that comprise the walls.

This, says the designer, allows people to enjoy “infinite homes within a house.” 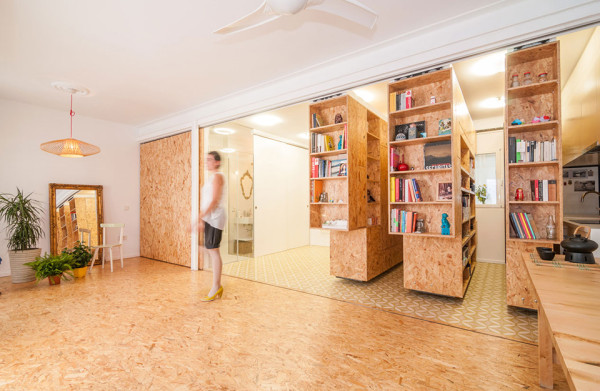 It’s worth noting that this rail system doesn’t cover the entire apartment. There’s also a small space outside the stacks, which makes everything feel just a bit more spacious (and allows for at least a few static elements in one’s home. Overall, the movable room only takes up a total of 540 square feet.

Now, as we’ve already established, PKMN Architecture isn’t the only design firm to look into reconfigurable homes. What sets this particular project apart from its peers is the fact that it’s designed to feel exactly like a house, rather than simply an apartment that can occasionally reshape itself. Instead of modifying stuff like furniture, you actually move the walls – meaning each room has its own unique feel. 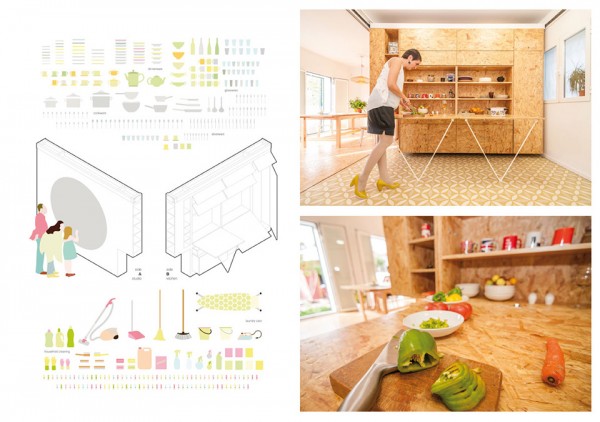 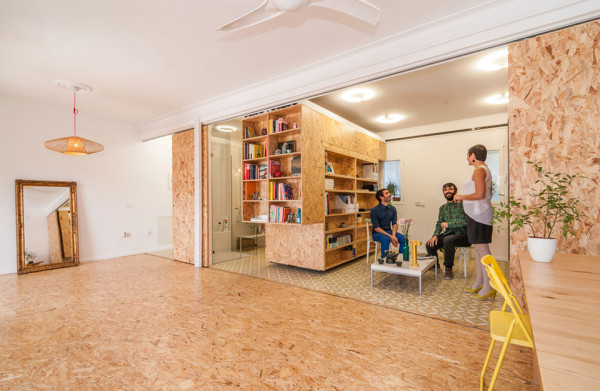 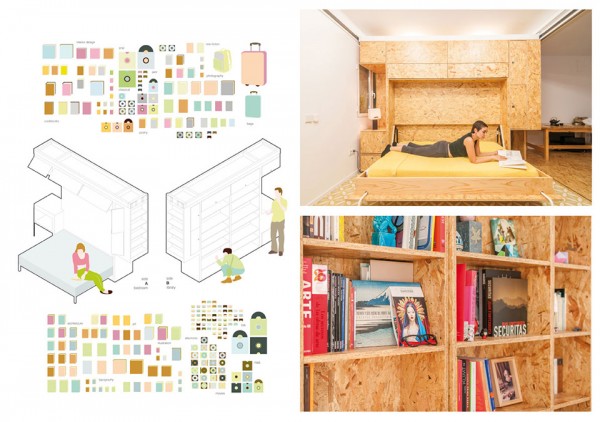