How to Use a Barometer To Understand Weather and Air Pressure 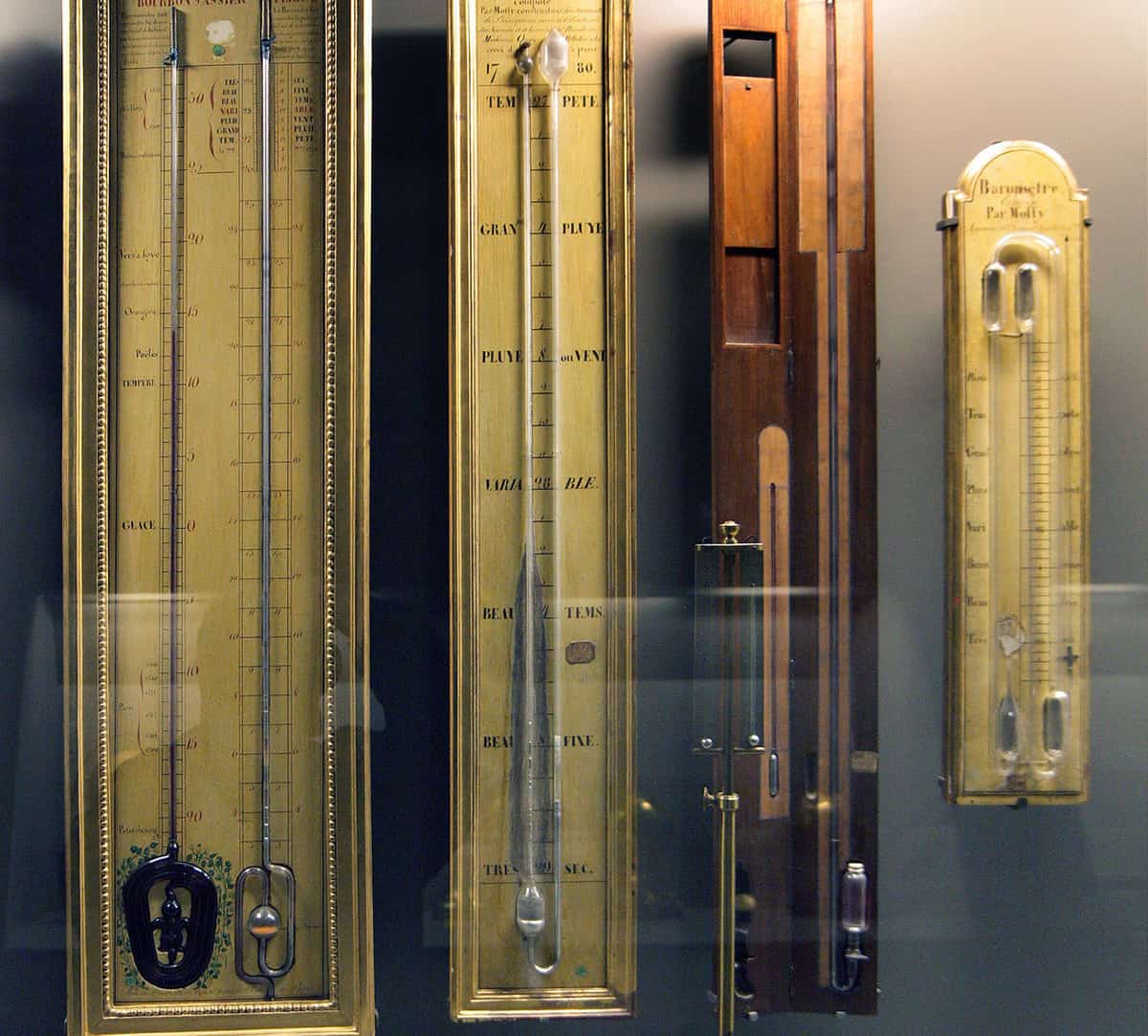 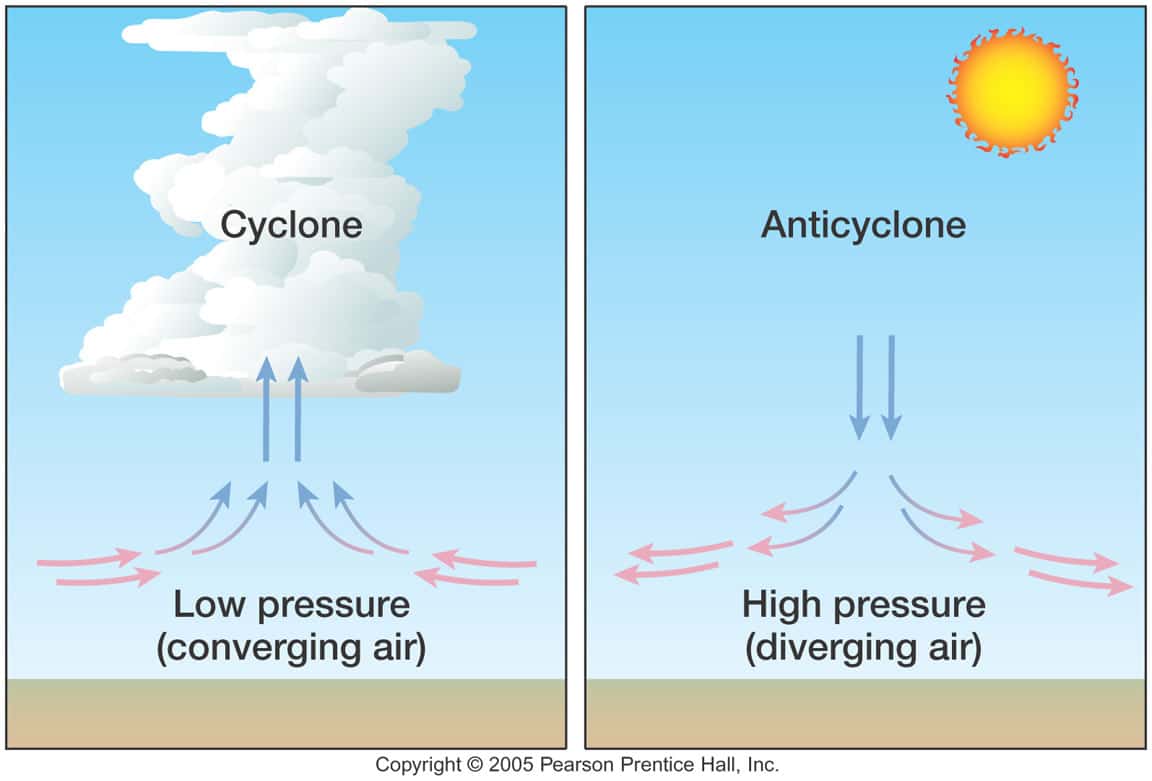 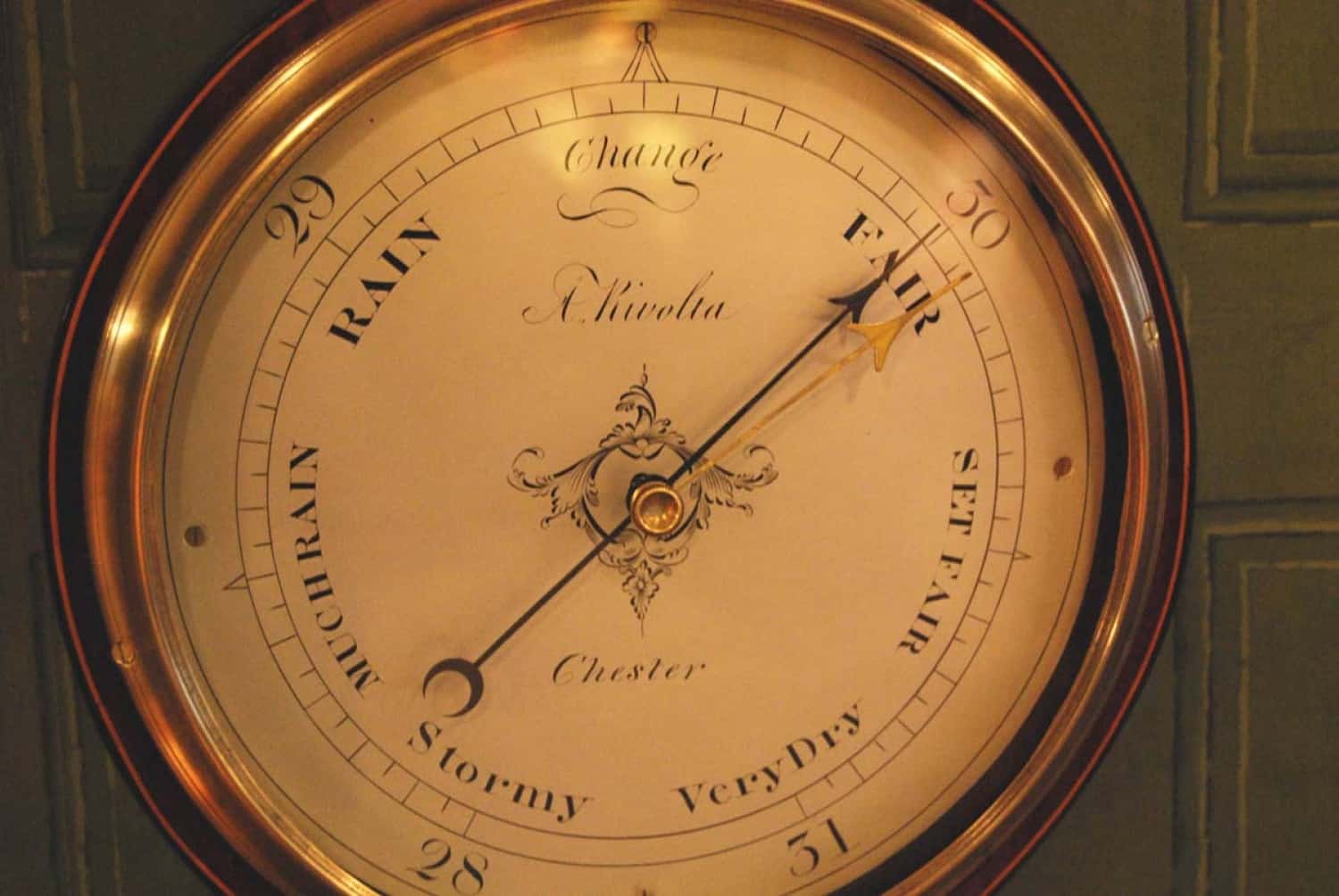 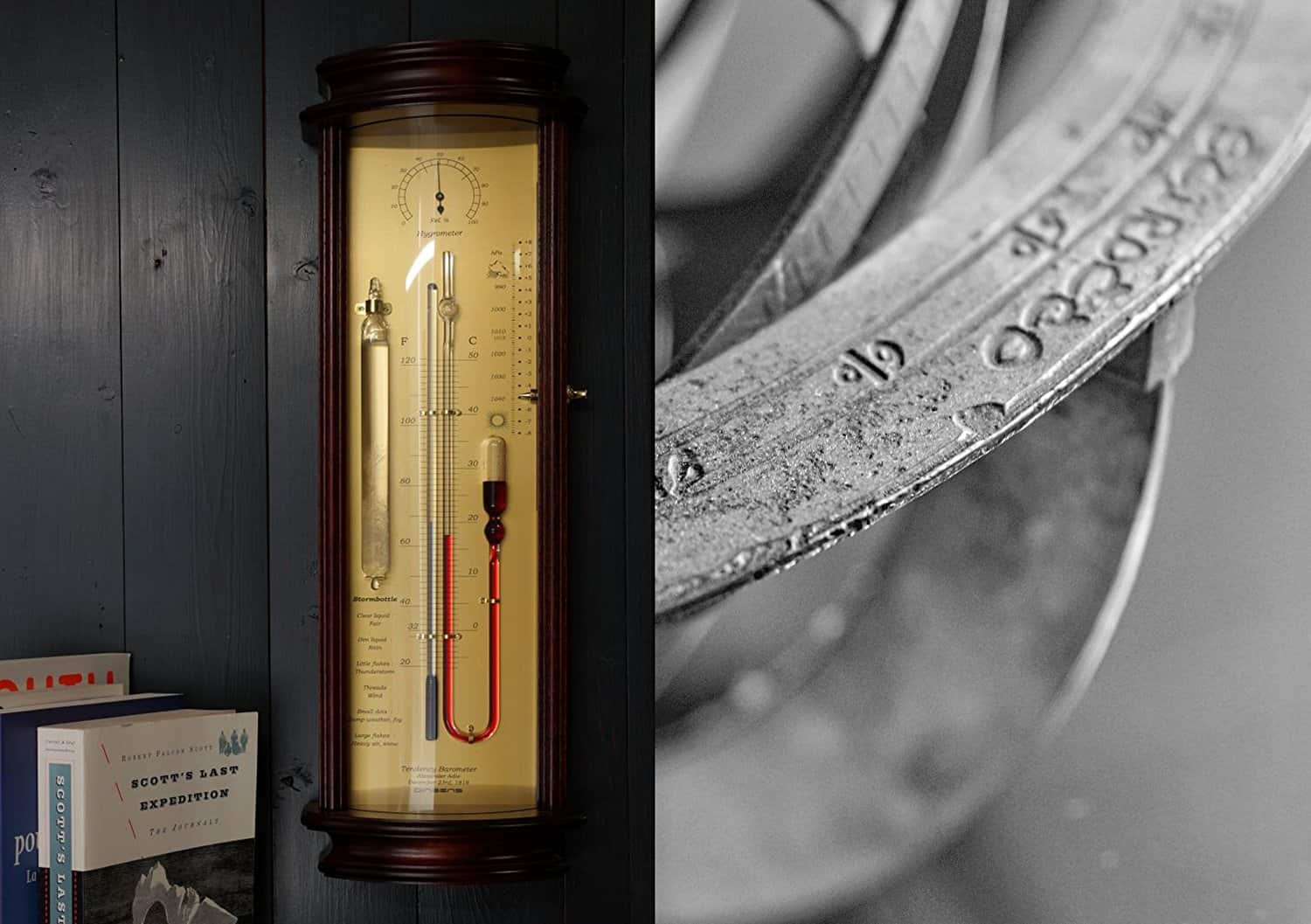 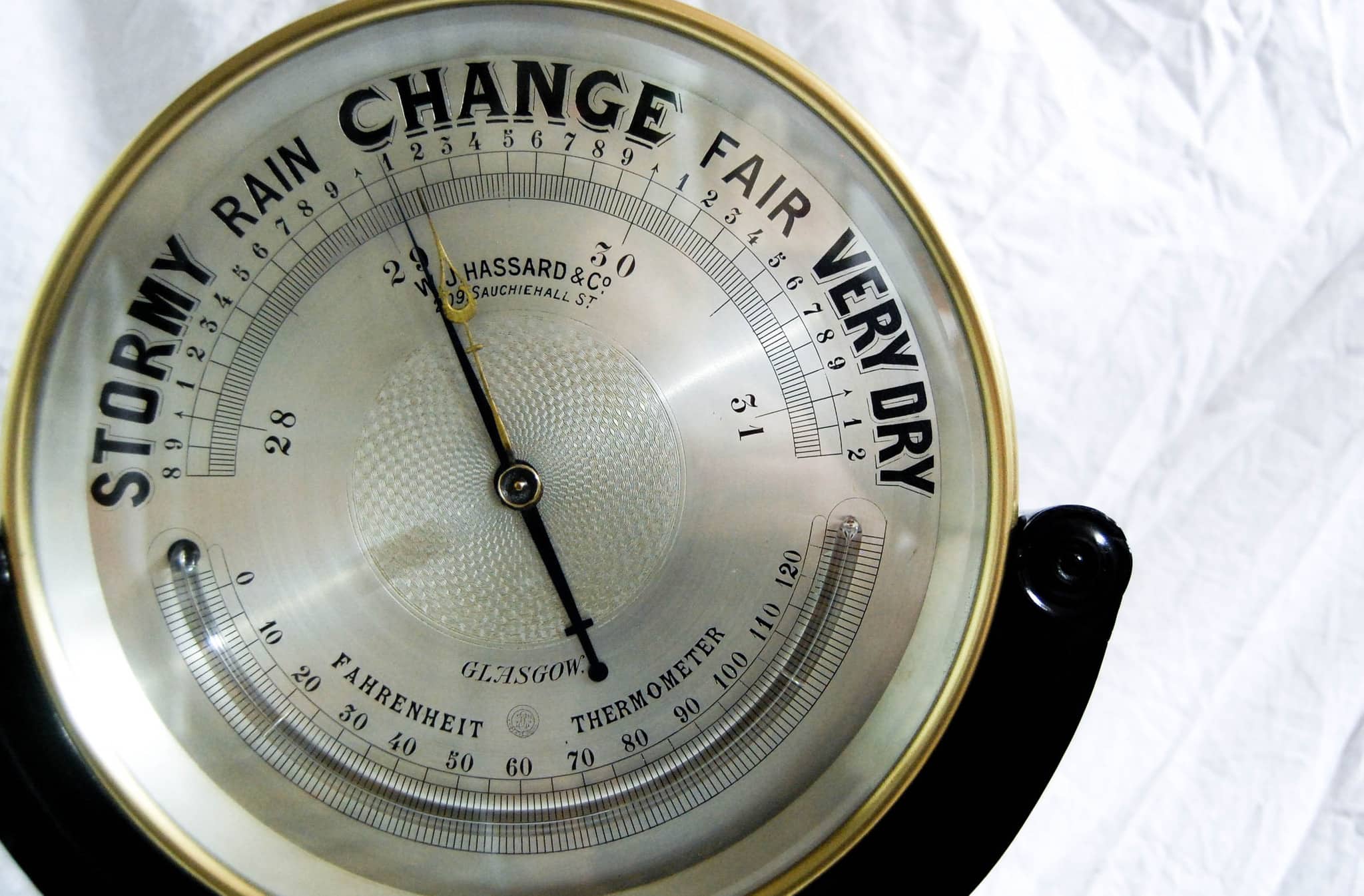 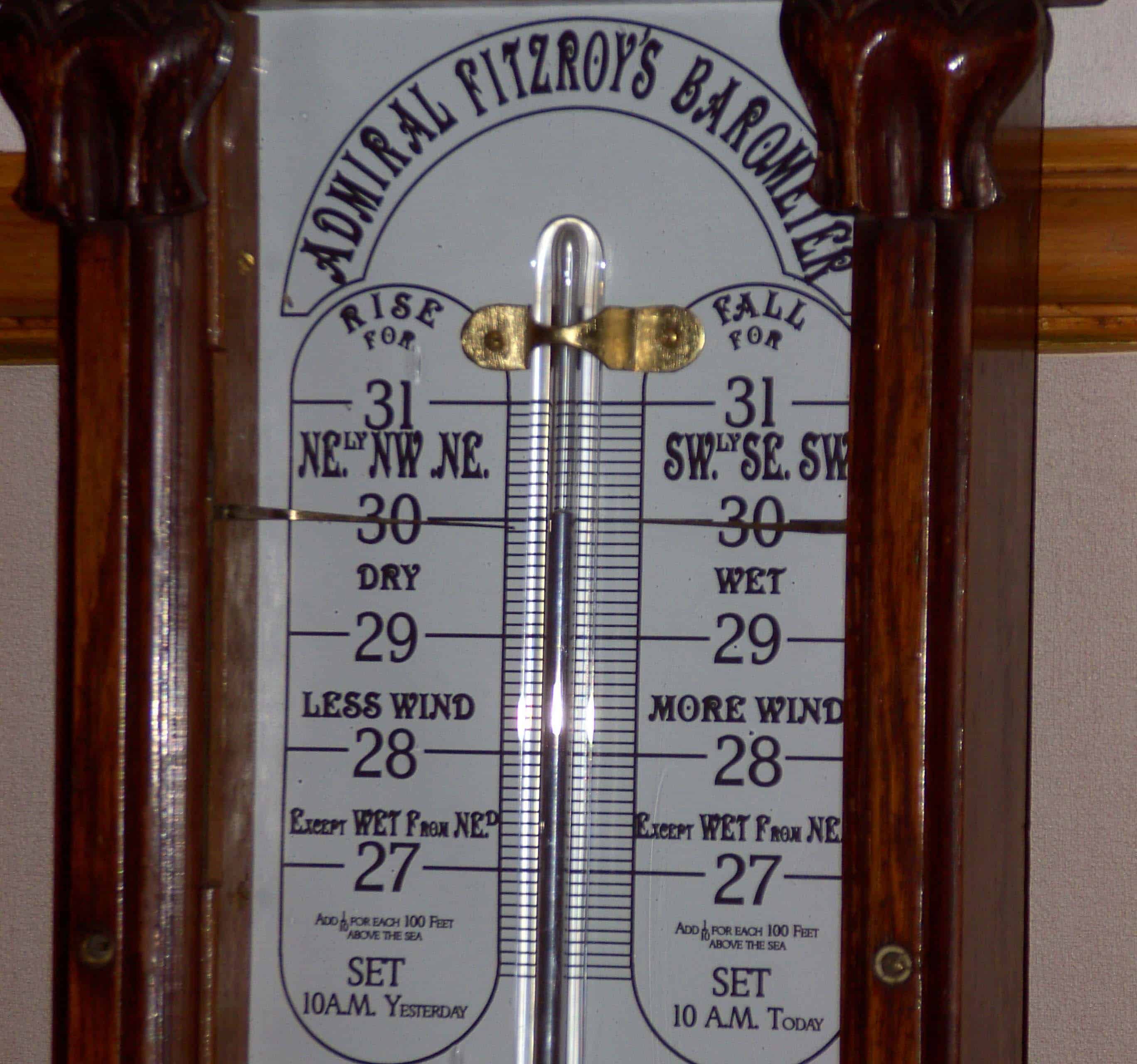 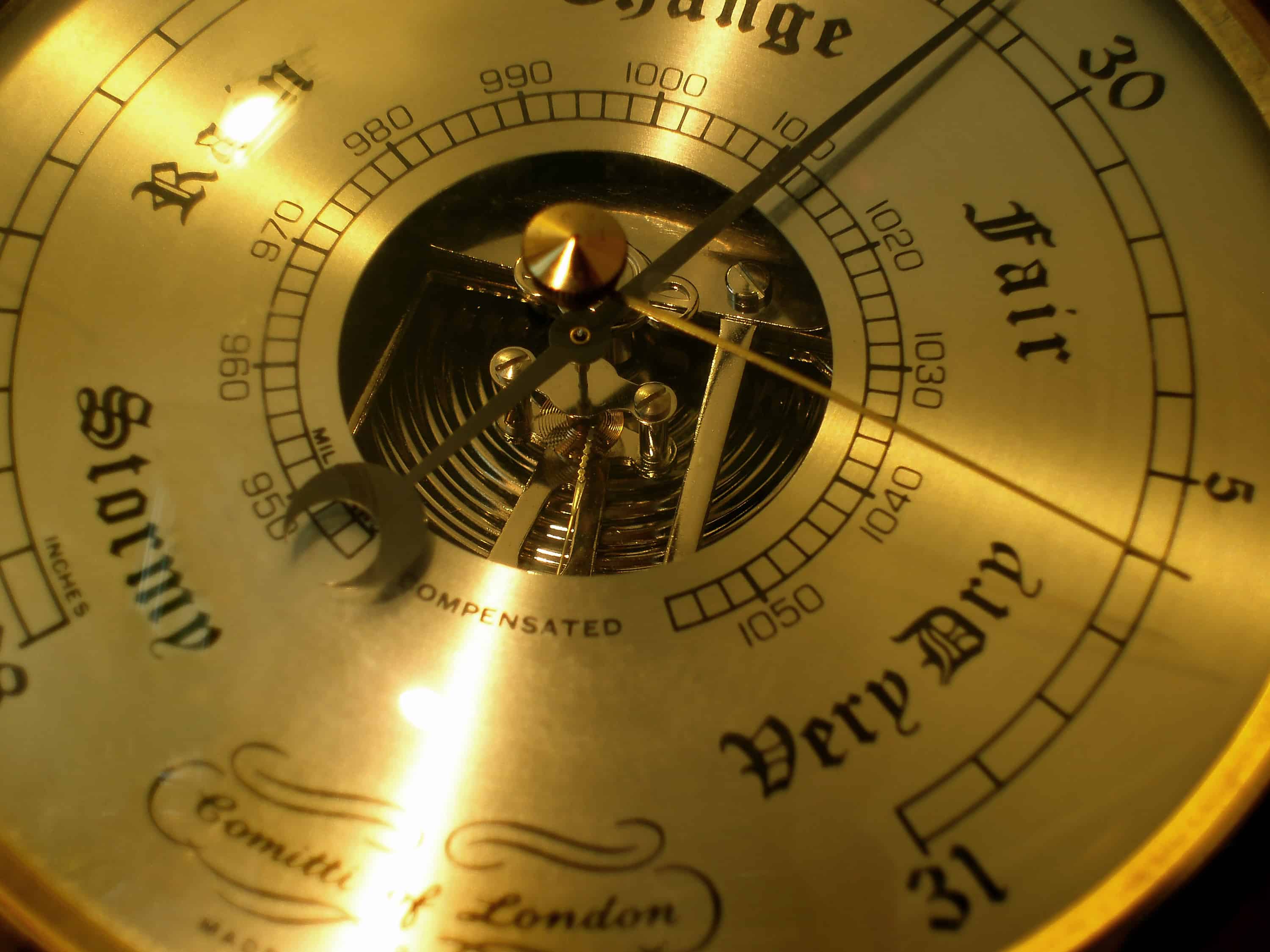 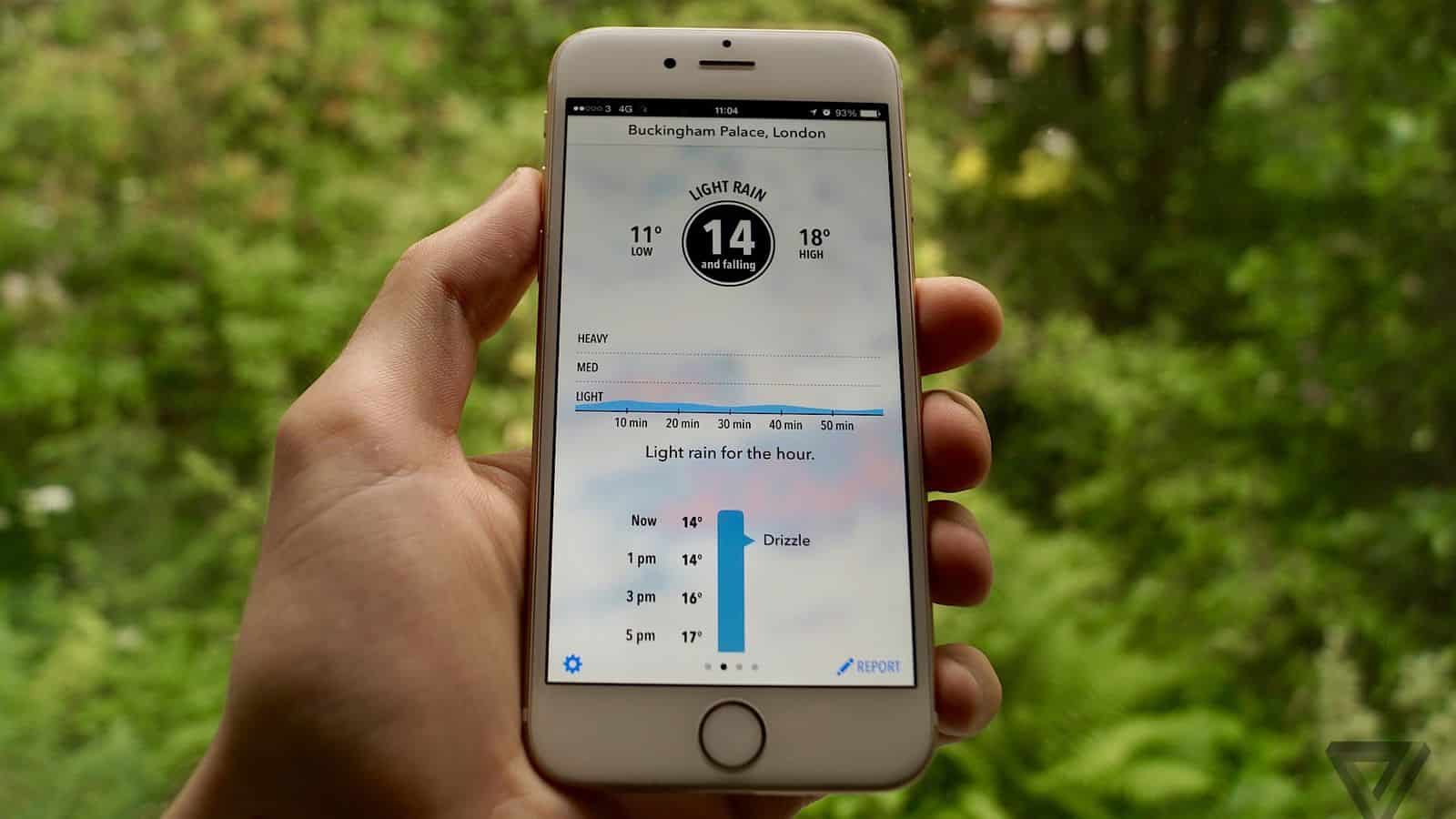 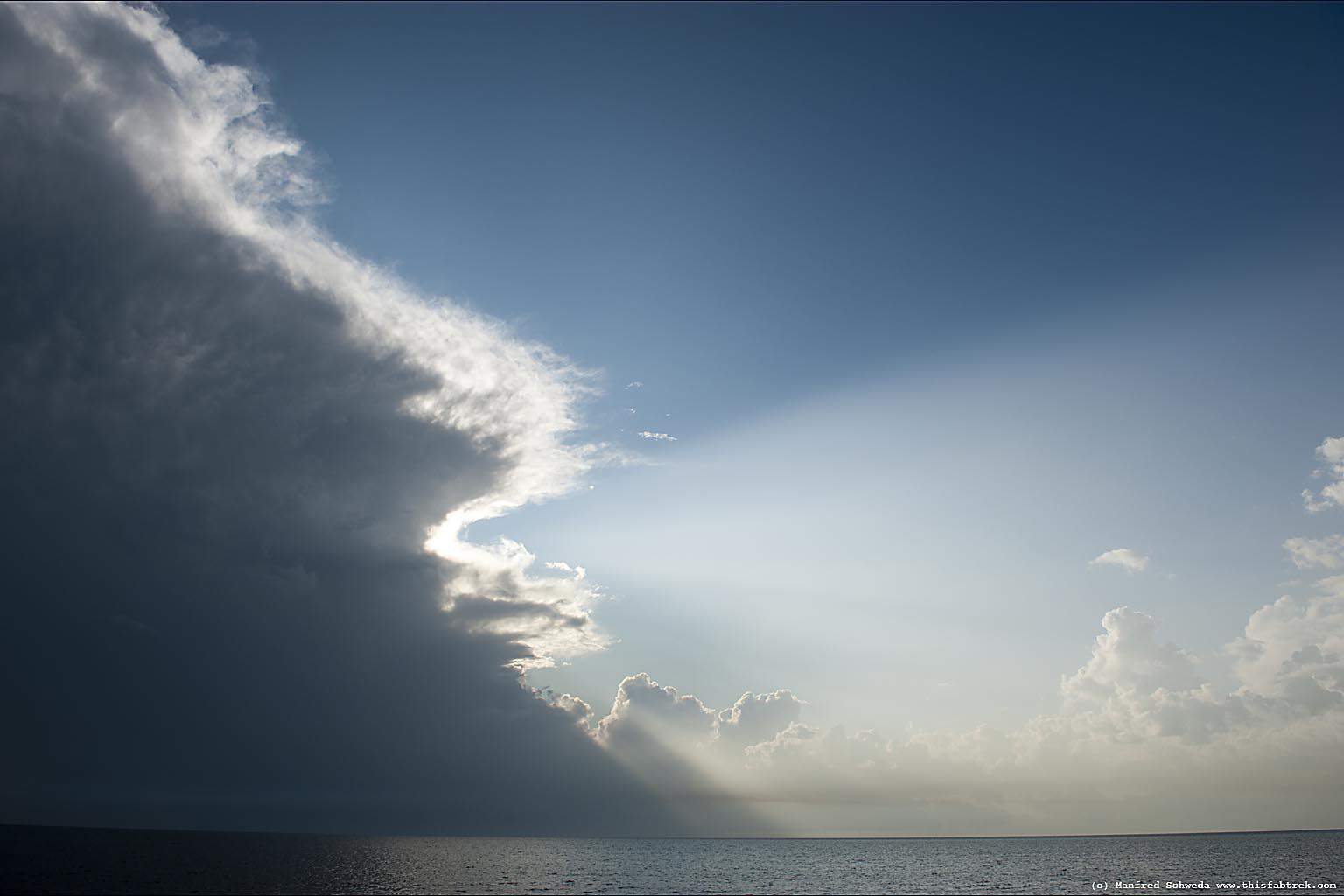 In a world of fake news, false promises, and increasing climate disasters, it always behooves us to be aware of our surroundings, and to never trust the misinformation being pumped into our homes through every screen we have available. Ask yourself, how many times have the so-called experts lied to you about the weather, claiming rain when there was shine; predicting warmth when only cold greeted you; or saying it was partly cloudy when any fool could look out and see it was mostly cloudy? Meteorologists are charlatans who peddle false weather reports to increase ratings, which is why so many weather women are so curvaceous and fetching – so you’ll be distracted from their hogwash. This is why you need a barometer and to know how to read it; to defeat the impostors posing as weather gurus.

Though advanced new gadgetry will give you weather reports beamed right into your phone, the analog system of using a barometer to predict the weather is often more immediately accurate, since it measure exact changes in local air pressure, rather than trusting sensors and satellites that cover a large area. Just as a thermometer is important for telling you exactly what the real temperature in your home, car, or office is, so too is a barometer important for telling you what’s likely to happen with the weather right outside your window.

What is a Barometer

Before people knew that there was such a thing as atmospheric pressure, they assumed that the air around us had no weight. It was only through an accidental experiment in 1643 that it was discovered the sky actually was pressing down upon us. This was found using a long tube filled with mercury, which is what the first barometers were. It was further noted that changes in weather were preempted by movement of the mercury in these tubes, as the air pressure changed prior to storms, fair days, mixed weather, or extremely hot days.

Today barometers take many forms, but they all do the same thing: Measure air pressure to predict what the weather is going to do in particular region.

Most modern barometers have markings on them that show what you can expect from the skies on any given day. When storms draw near, atmospheric pressure – aka barometric pressure – drops, due to air rising upward. The air rises because that is what air naturally wants to do, which is go upwards. What happens when the air reaches higher altitudes is that the moisture inside of it cools and condenses, creating clouds. These clouds lead to storms.

When we – or meteorologists – say that air pressure is “Low” that merely means it has lower pressure than the air around it. Thus, there’s less air pressing down, meaning more air can rise. That rising air is, as noted above, what leads to clouds and rain. Generally speaking, the lower the air pressure, the more likely it is to rain.

On a barometer, low air pressure will cause the fluid inside to rise higher in the tube. The higher it goes, the more likely it is you’ll end up with a rainy day, since there’s more air rising and condensing into clouds.

High pressure is the opposite of low, which is caused by more air being above a particular area. This pushes the fluid or other measuring device of a barometer lower, since there’s greater than average air up above. Since the air above is pushing down, it’s already shed its condensation and is therefore dry, which leads to less clouds, less storms, and less precipitation.

On a liquid barometer, the lower the fluid is, the higher the air pressure, and the more likely it is you’ll have fair weather. If it’s extremely low, there’s a lot of pressure and the day is probably going to be extremely hot and dry.

Barometers come in various types. While we’ve generally been using the term “fluid” to refer to a barometers measurement, there’s options other than liquid barometers, all of which can predict the weather to varying degrees, depending on the accuracy of the measurement.

These look very much like a liquid thermometer and are comprised of air and fluids of various kinds placed into a glass tube. These are the simplest form of barometer, but also tend to be fairly inaccurate. Reading these is as easy as seeing where the fluid is inside the tube. If it’s high, expect warmth and sunshine. As it goes lower, you can anticipate storms or clouds. The lower it goes, the more serious the storm. The higher, the hotter and drier the air will be.

Smaller than the liquid barometer, these don’t use any fluid at all, which means they have more mechanics inside. Instead of the air pressure pushing fluids down, a small box made of copper and beryllium expands or contracts depending on how much air is around it. As the box – known as an aneroid cell – changes size, it moves levers and gears which, in turn, alter the reading on the attached meter. Though archaic, these tend to be quite accurate at predicting stormy or warm weather, and don’t require electricity to operate, as the movement is handled entirely via changes in the size of the box.

By now you should have a sense of how a barometer works with air pressure, and how that air pressure can predict the weather.

In a Fluid Barometer

Fluid barometers are hard to find, and are typically antiques. These can work one of two ways. Either it will be a single tube of fluid that sits straight up and down with a basin at the bottom. In this case, the lower the fluid, the higher the air pressure around it, thus, the better the weather. Should it begin to rise, the air pressure is lessening, leading to storms.

Others will have a tube that goes up and down, but then loops upward at the bottom. These are read differently, as higher pressure will push fluid out of the loop, into the longer main tube. In this case, the higher the fluid is in the primary tube, the higher the air pressure, and the better the weather. The lower the fluid in the main portion, the more fluid sitting down in the loop, which is caused by lower pressure, leading to more storms.

These usually have readouts that tell you whether or not to expect storms or fair weather. They must first be calibrated to your particular altitude, which is done by manually screwing the hands to the proper position by learning what your current barometric pressure is through a weather service. You can also calibrate it by guesswork, which merely involves manually moving the needle to where you think it should be on a given day. Since the pressure changes are relative, it will still adjust higher or lower as the air pressure alters over time. Doing it this way often requires you change it manually to “stormy” or “Hot” at first, until you have it at the proper setting.

These do all the calculations for you, so all that is required with a digital barometer is to read it. The display will give you a barometric readout and typically tell you whether the pressure is rising or falling, though keeping track of the numbers yourself can do the same thing. When it says the pressure is dropping, storms are coming. When it says it’s rising, more heat is likely.

How Far Out Can Barometers Predict

Barometers are a very immediate way of guessing the weather and are usually only good for about the next day or two. Further predictions require more sophisticated machinery, as well as knowledge of weather patterns and atmospheric alterations, which require years of education and study.