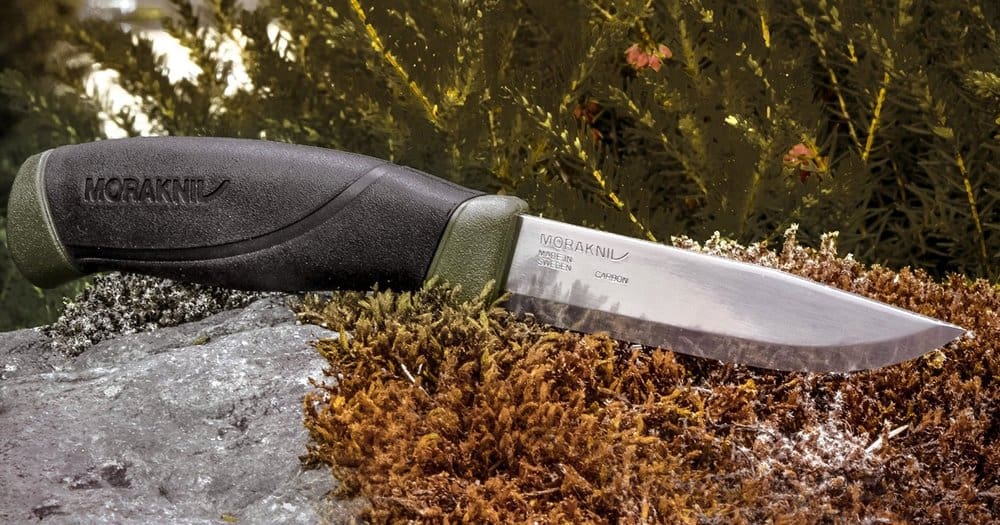 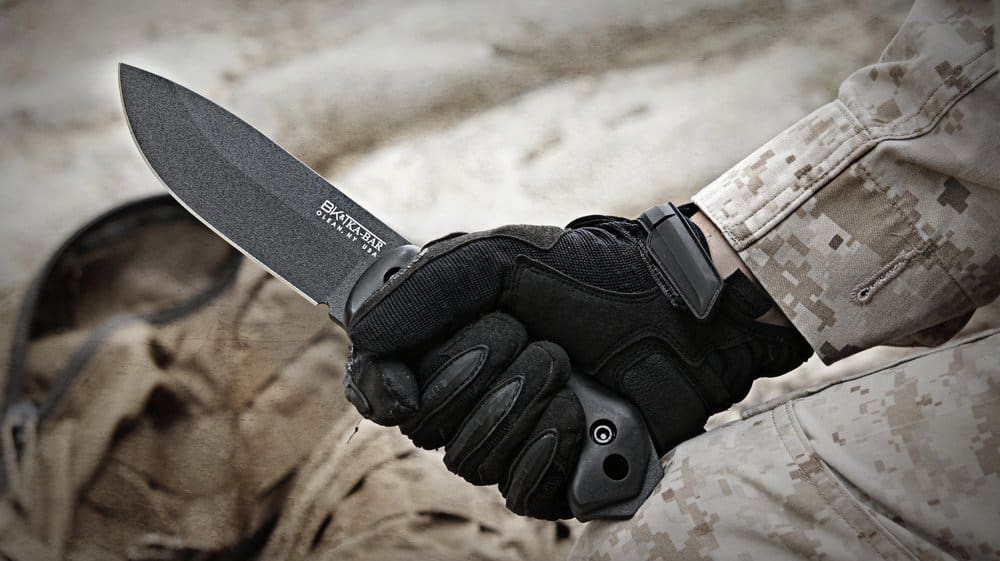 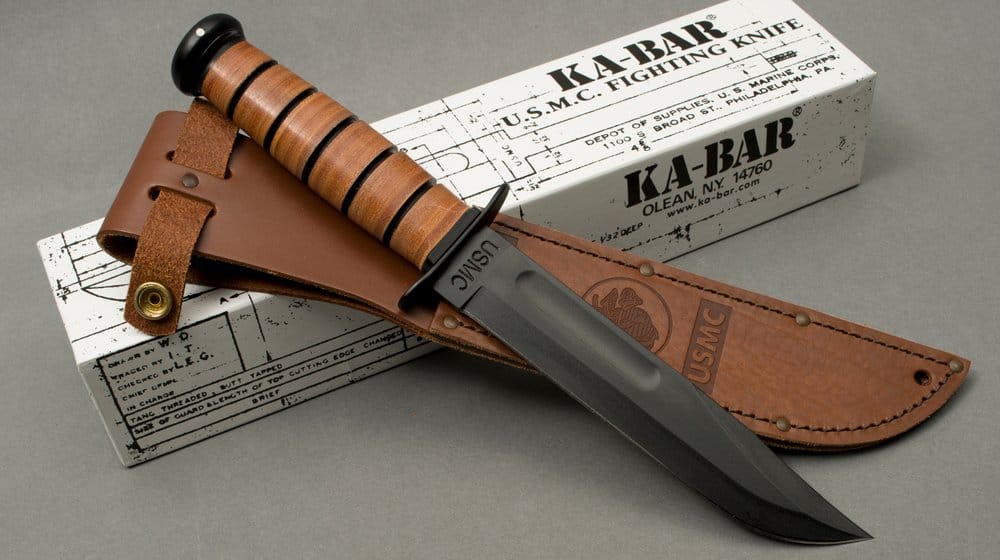 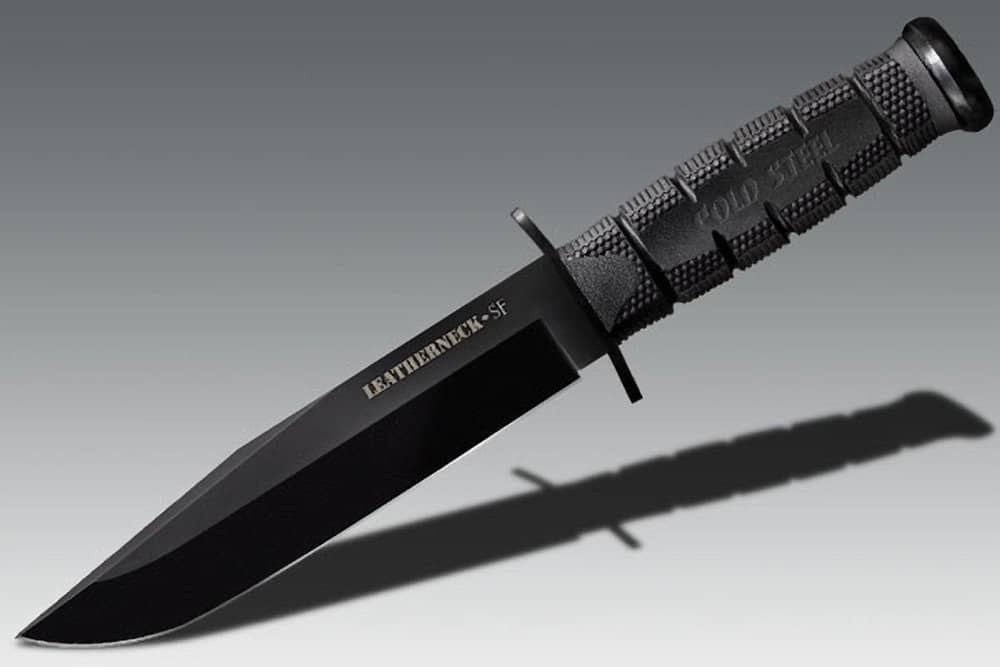 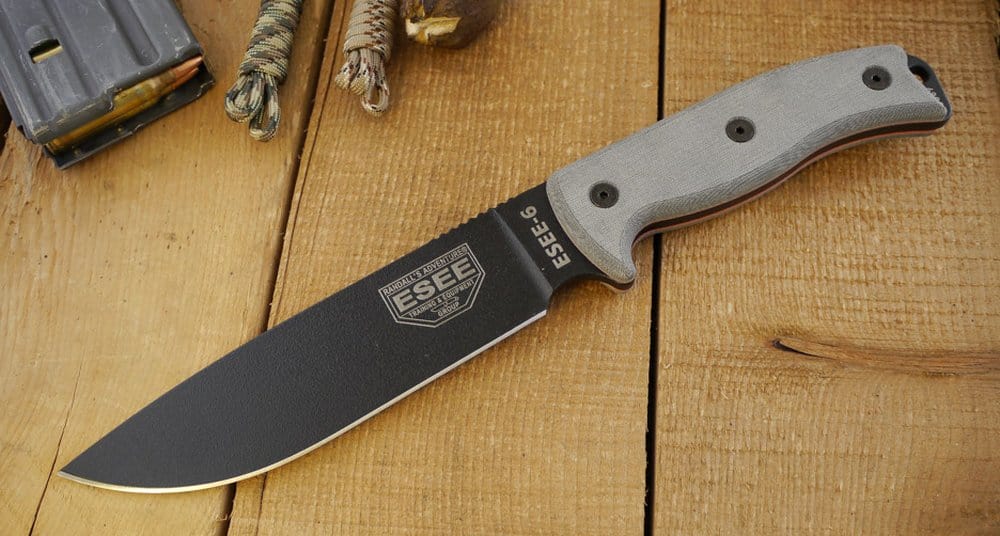 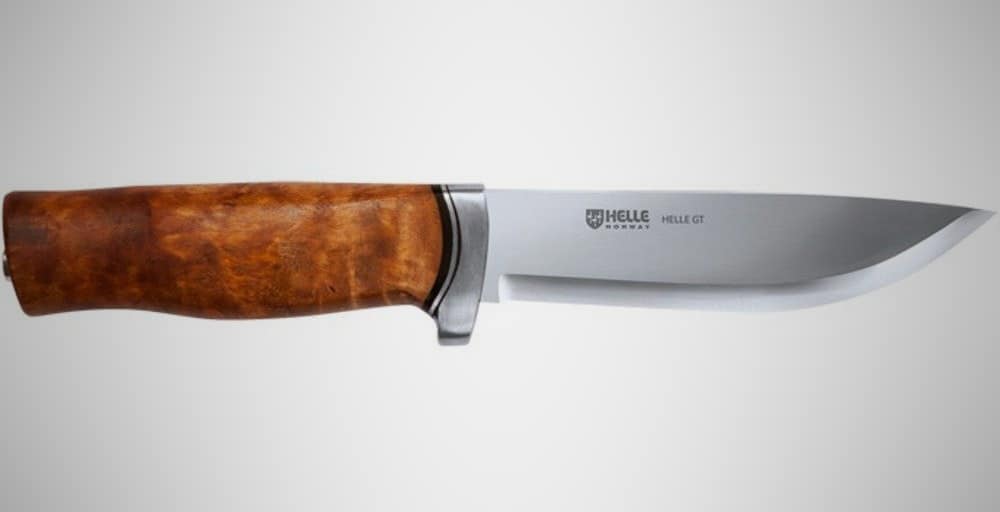 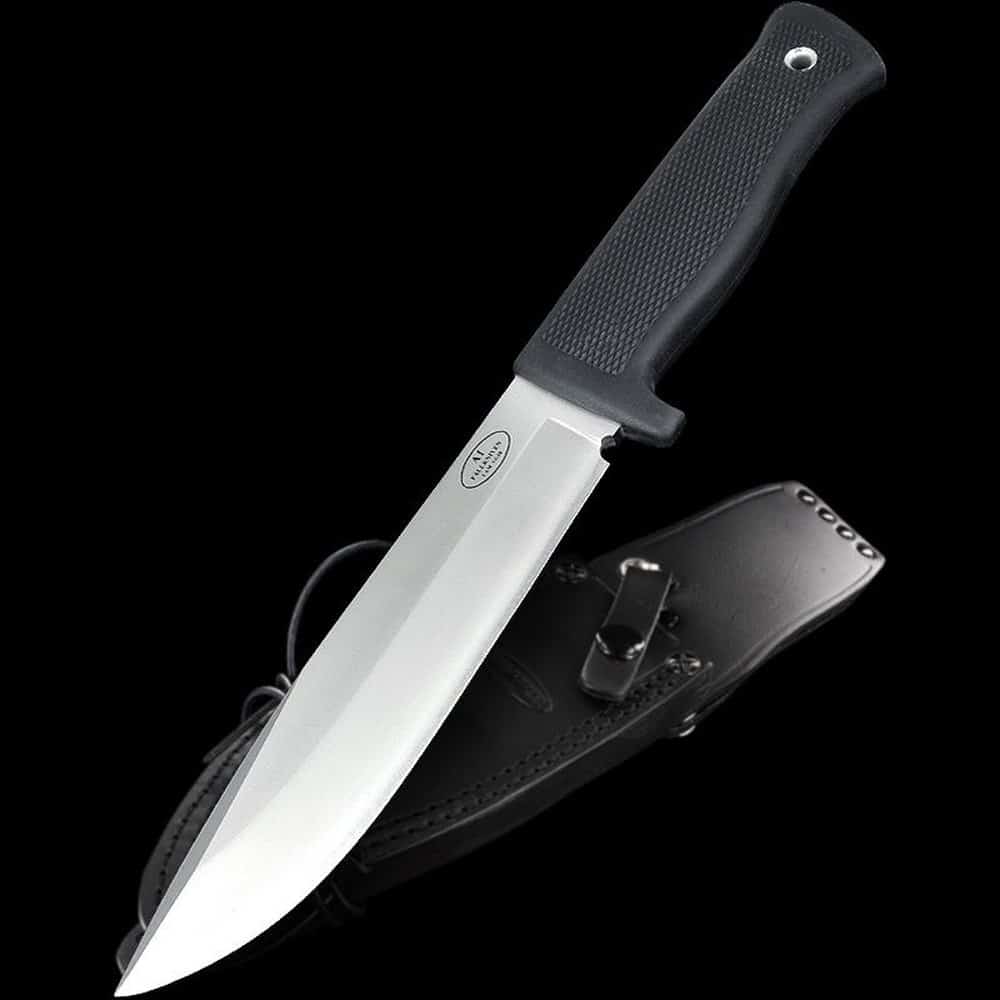 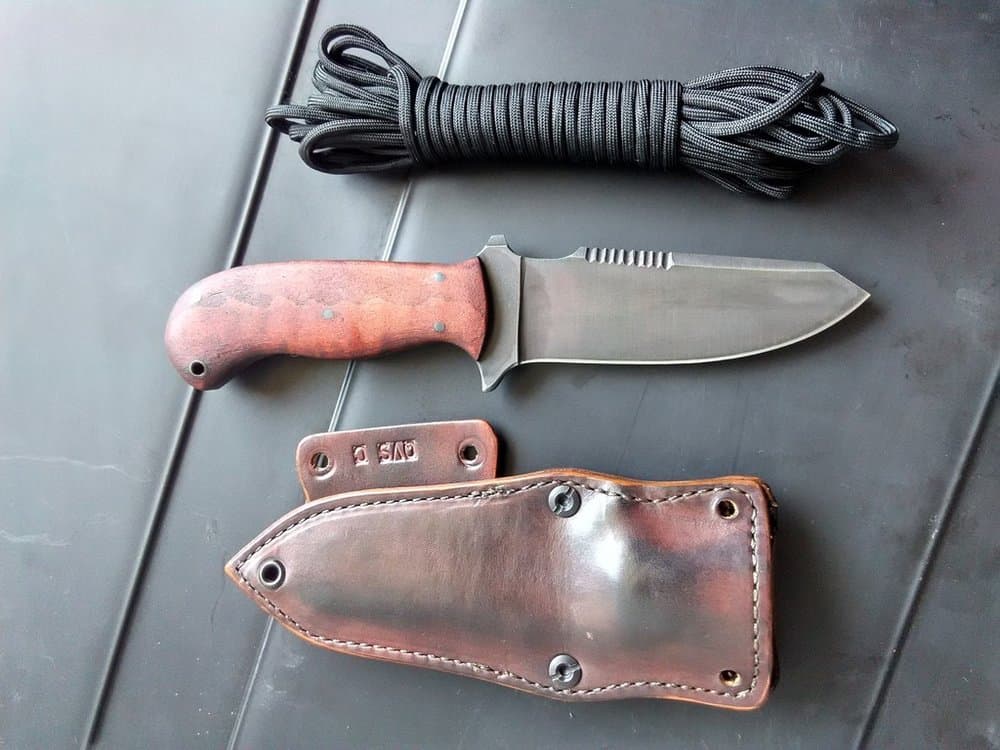 A quality folding knife for everyday carry is a wise investment, but don’t mistake your EDC blade for something that is going to literally save your life. It might very well do that job, but folding knives have inherent weaknesses in their design – the biggest being that they fold in half for easier hauling. Real life-saving knives – those that are meant for survival – rarely have such an obvious weak point. Survival knives are full-tang, geared to be multi-tools for the work you’ll find should you truly be swallowed by the forest. Skinning game, sawing wood, striking flint for fires, cracking cans, and camp tasks are more in the bailiwick of a survival knife, while more humdrum opening of letters or trimming errant strings off your suit are left to an everyday knife.

In selecting a survival knife, the toughness of the metal with which it is made, as well as its ability to resist weather are the first criteria to consider. Before it does anything else, it must be able to survive through any ordeal you come across. You need a blade you can literally trust with your life, because anything else is just show. This is a tool, not a prom dress, which is proven by the items that make up the list of best survival knives.

As inexpensive and understated as it gets in the world of knives, the Companion is a shockingly adept blade that can be had for a pittance. The handle is soft, pleasant to grip, and holds the Sandvik 12C27 stainless steel comfortably for easy use and sharpening. Though honestly all the knife you could need, it’s best for diving where filleting fish and cutting cord is more the order of the day than sawing wood. Purchase: $12+

A small hunting knife, the LoneRock proves that size is just a number when it comes to quality craftsmanship. Though it comes in under the recommended 4-inches in size for a survival cutter, it can do everything the big dogs can do without adding extra weight to your pack. Coated in carbo-nitride and titanium, the handle uses Kershaw’s recognizable K grip over the glass-filled nylon handle, making it a superb skinner with a smart balance that lets you lean into your work. Purchase: $22

The reason Buck offers a forever guarantee on every blade they make is because they’re all made like this bombproof beauty. 420 steel with a nice high carbon content allow for supreme edge retention in a variety of conditions, with a Phenolic handle that’s never going to say die. It’s never a bad idea to have one on hand, so whatever else you order, throw one of these in the cart. Purchase: $52

Those who find themselves sliding off of the handle of other knives would do well to give the SCHF6 a look. That big crossbar isn’t for show, but rather for tackling heavy hacks and long sawing sessions. A quarter inch of 1095 steel gives you a lot of structure to work with, all wrapped up in Kratom that won’t bend or break through any suicide field op. Purchase: $57

A camping companion that was made to combat the combat orientation of the standard Ka-Bar, the Becker uses a stout body better for prying, digging, and chore work, instead of accenting its self-defense features like its USMC brother. Simple, straightforward 1095 Cro-Van steel is what turns this from battle-ready to reliable workhorse. Purchase: $75

Though the time-honored Ka-Bar that has been a full Marine Corps standby with 10 out of 10 on the Ooh-rah scale, it honestly ranks only very good on the field knife scale. The reason is the tip can be prone to breaking during serious bayonetting, and the body is built for combat, rather than field work. If you prefer a little more action and need a fighting tool, this will do you right, it just has a little more aggressive tendencies than a typical field knife. Purchase: $75

It might look like a Ka-Bar knockoff, but the Leatherneck has proven itself to be more than just a familiar body. The steel is unforgettable German 4116 that naturally resists corrosion, even when exposed to salty air. The trade-off is the lack of carbon in the metal of the blade, which necessitates more sharpening over time. A fair trade for the indomitable, long-lasting reliability in the sand, storms, and seas of the world. Purchase: $117

An insane infantry knife that was designed to do things like cut through a plane’s fuselage or hack away bulletproof safety glass. As such, it’s a beast that has undergone R&D at the ass end of hell. That bigger, meatier glass-filled nylon handle is the real noteworthy facet, making the otherwise exceptional 420HC steel barely a footnote. Purchase: $124

Carbon steel for holding an edge in the worst conditions, ESEE is largely considered the platinum standard of the field knife world. Using a micarta handle that feels great with limited hotspots during heavy, daily abuse, and can be removed should you decide to need a spearpoint or want to go with a paracord wrapping for the grip. Purchase: $125

Looking for all the world like a showpiece, the slightly unusual drop-point blade has only been in existence since 1997, when it was made specifically to be used on a survival tool knife intended for camp work, slicing, field-dressing, skinning, and hewing. Equally good on wood as bone, expect heirloom quality that can be handed off to your survivalist kin. Purchase: $151

Benchmade doesn’t usually go in for the survival knives, preferring to stay in the folding knife area, but when they come out to play, they play for keeps. Titanium tubing, G-10 handles, and S30V steel hit all the right notes, in a buckskin sheath that’s the perfect wrapping for any gift. Purchase: $183

You don’t hear much about VG-10 steel, because the mixture of cobalt, carbon, molybdenum, vanadium, and chromium doesn’t show its face much. That’s because it’s a super-steel only needed for the absolute hardest of jobs. A smart guard on the handle is ideally placed for protecting your fingers from slipping to the deadly blade even when covered in blood, sweat, or frost, and the body is meant to go on for years of actual bush existence. Purchase: $190

Though Spyderco prefers to stick to the fast-action folding knife market, when they make a move into the full-tang blade arena, they do it with grace. Small and smart, the G-10 handle with fiberglass isn’t going anywhere, and the O–1 tool steel of the blade is made to live where wetness, grease, and punishment are all that’s on the menu. Purchase: $210

One of the few survival knives that attempts to bring a little more hatchet to the table, the T-3 Tracker was made when survival expert Tom Brown Jr. couldn’t find a survival tool that met his needs. So, he made a nice full-tang option that could cut, saw, pry, and skin, which he found were far more necessary than batoning, which is how many standard knives are built. We suggest using this as a backup to a more serious combat knife if you’re in the trenches, or simply keep it with your sidearm. Purchase: $215

Usable in a wide range of grips for use in an equally diverse range of tasks, anyone who wants something a little more than off the rack, but doesn’t have their own bladesmith to do it will find all the customization they could want here, from a consummate pro who is his own best customer. Purchase: $450+