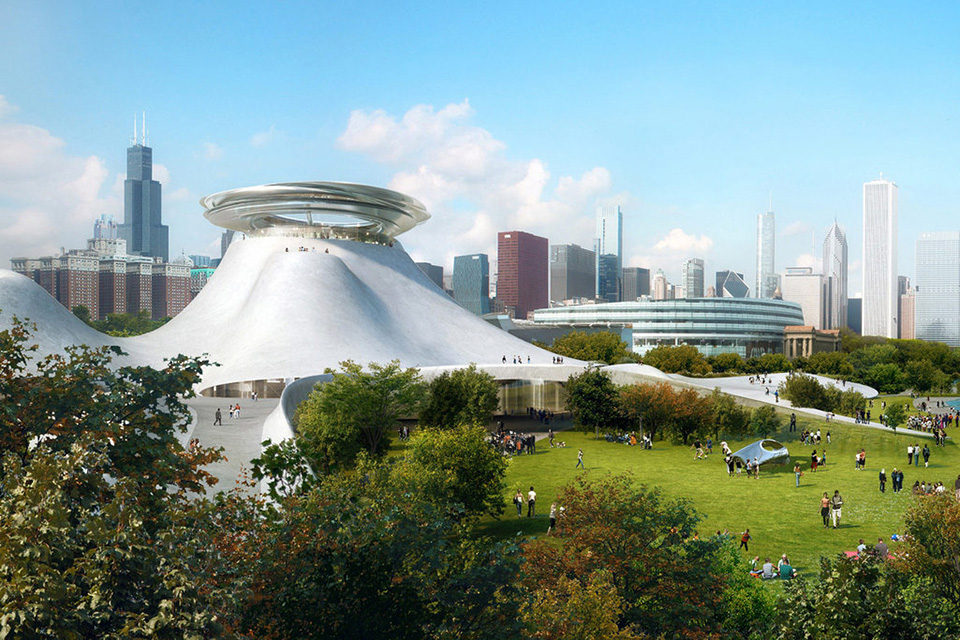 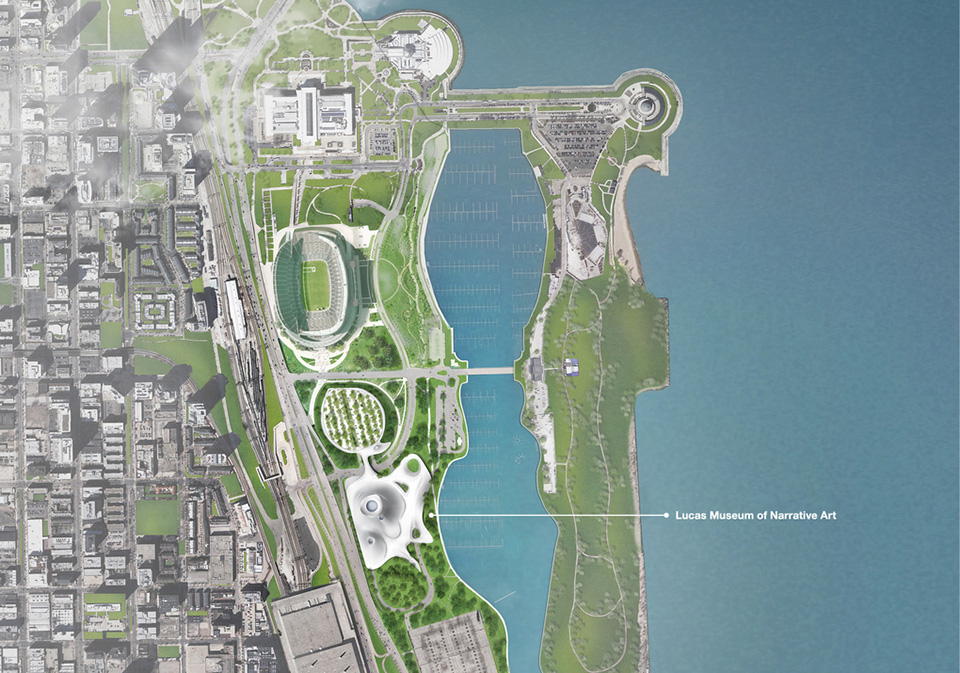 The design of the Lucas Museum has finally been revealed. While it’ll be located… far, far away from its original destination, Star Wars fans can finally get a glimpse of this temple of story telling. It will touch down on the Chicago lakefront, and it’s been fast-tracked by the city for swift approval.

The George Lucas Museum Of Narrative Art  – a building commissioned by Lucas and devoted to sharing the history of narrative storytelling – looks like it was pulled straight out of a Star Wars story line. Me, I’d say it’d look right at home on Alderaan (if the Empire hadn’t, y’know, blown it up). The $300M museum is located on a beautiful plot of land on Chicago’s lakefront – although that’s not where it was originally supposed to be built.

According to Lucas’s team, their boss originally wanted his museum to be built in his home town, San Francisco, specifically in Golden Gate National Park’s Presidio. Unfortunately, Presidio Trust rejected Lucas’s proposals without an explanation. So instead, Lucas turned to Chicago – and got a much warmer welcome from mayor Rahm Emanuel, who basically old him he could built the museum just about anywhere he wanted. The museum will be a stone’s throw away from The Adler Planetarium, The Shedd Aquarium, The Museum of Natural History, and the home arena of the Chicago Bears.

Lucas has brought in some big names to make this dream of his a reality. The Beijing-based MAD Architects were brought in to design the pyramid. Acclaimed architecture firm Studio Gang was commissioned to build a bridge to a nearby island. And finally, Chicago-based VOA associates was brought in to manage the whole project – all of which is being designed with the history of the area in mind.

End result? Once the Lucas Museum Chicago opens in 2020, I expect that it’ll fast become one of the most prominent destinations in the city. I’m definitely going to pay it a visit. 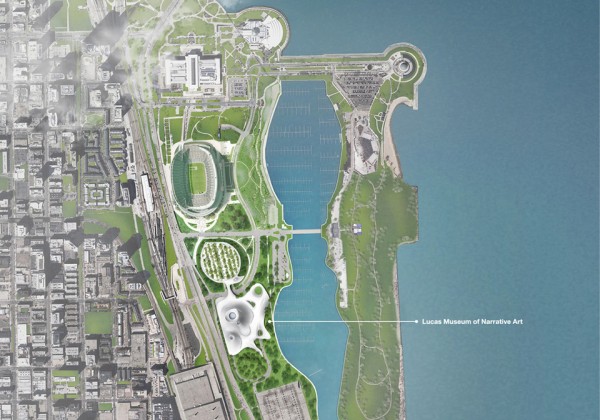