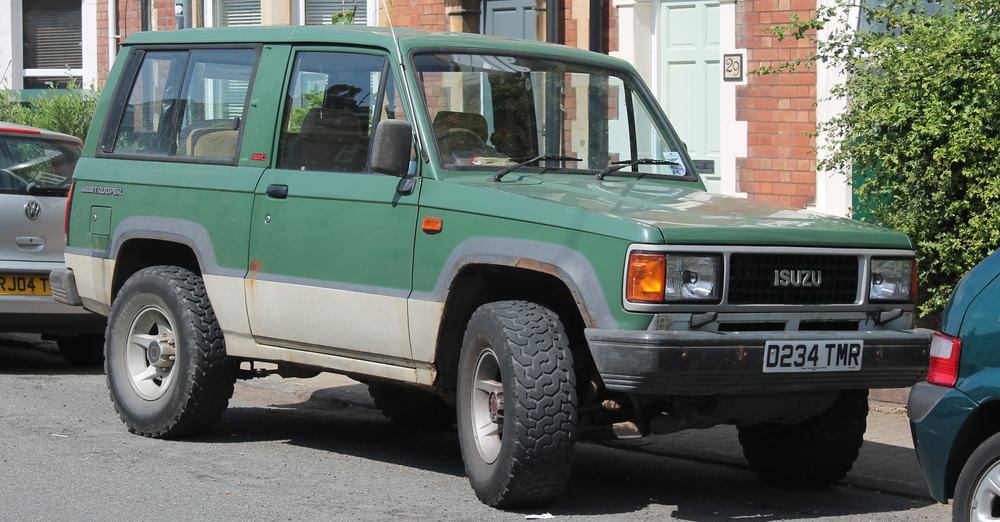 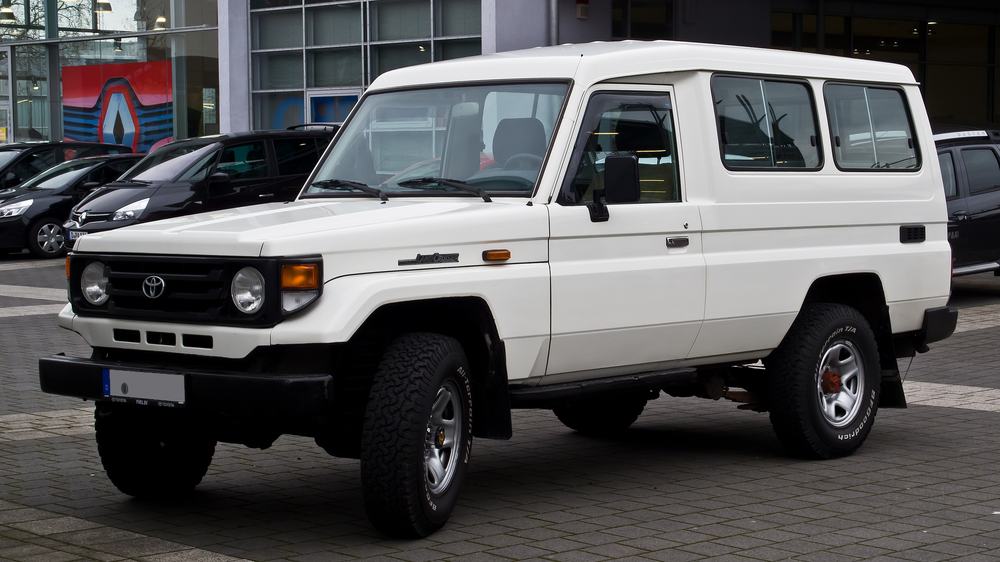 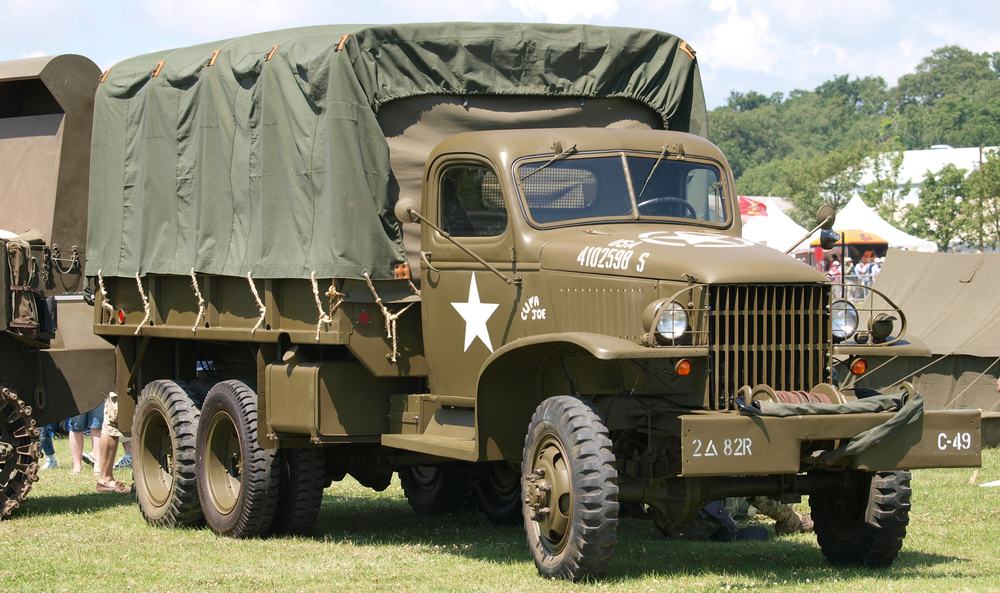 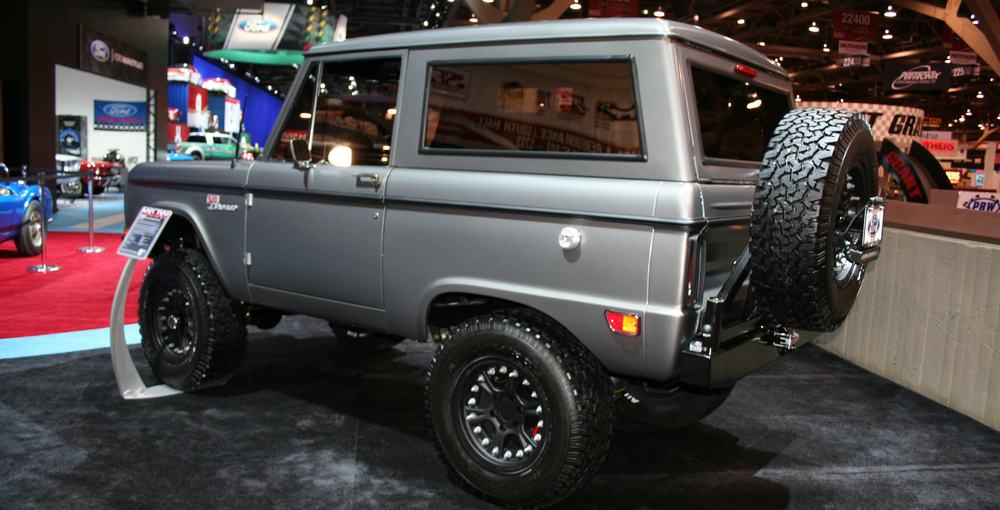 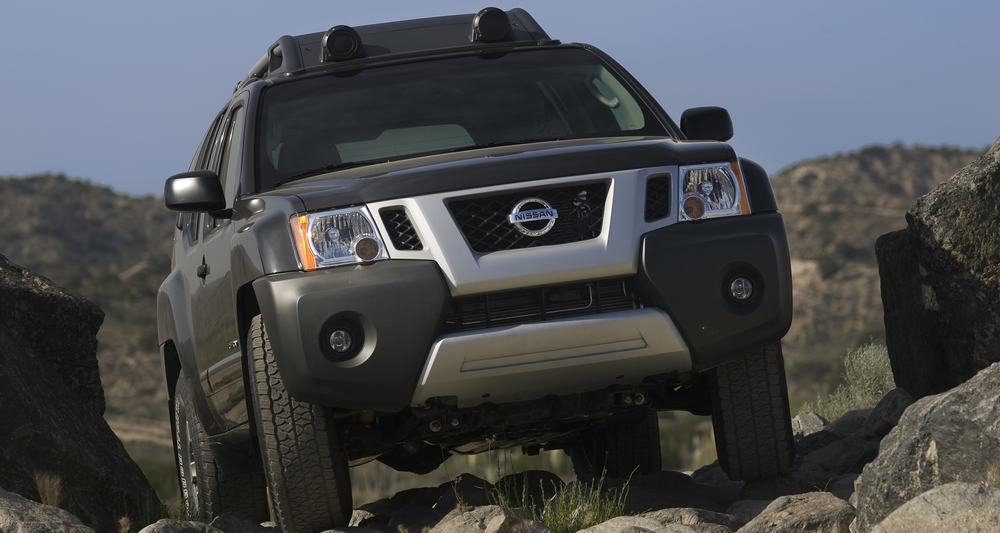 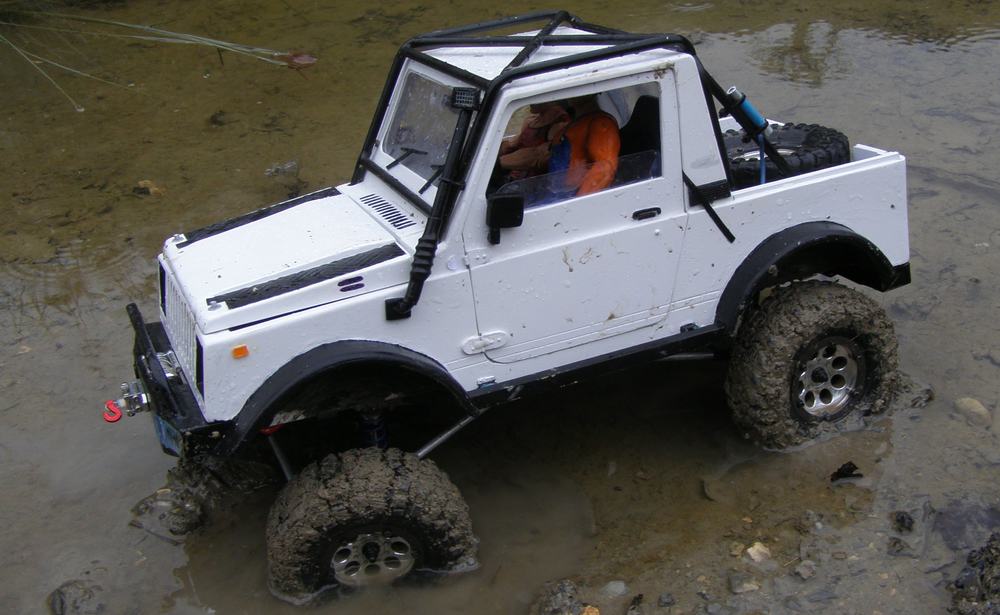 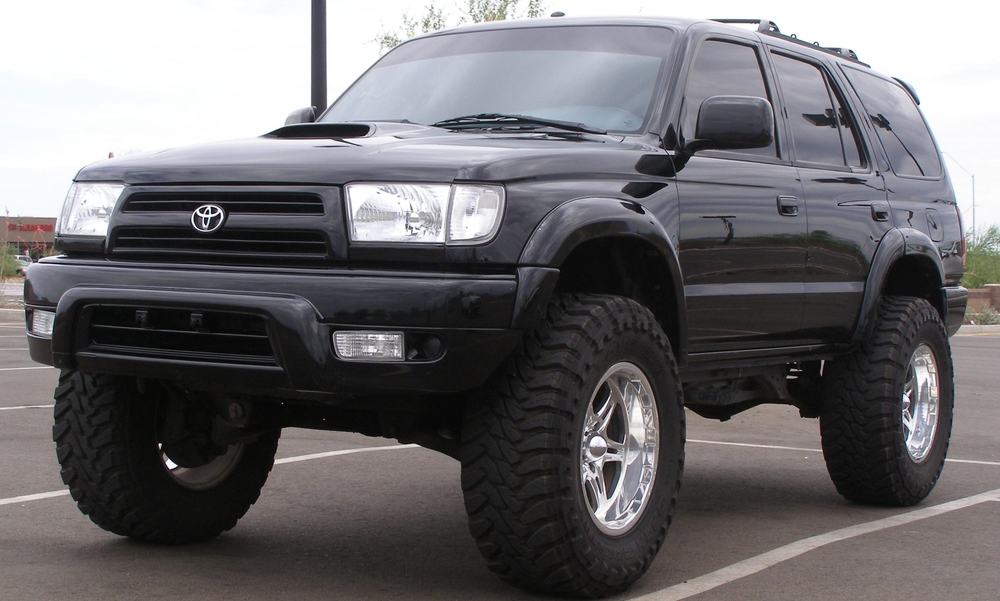 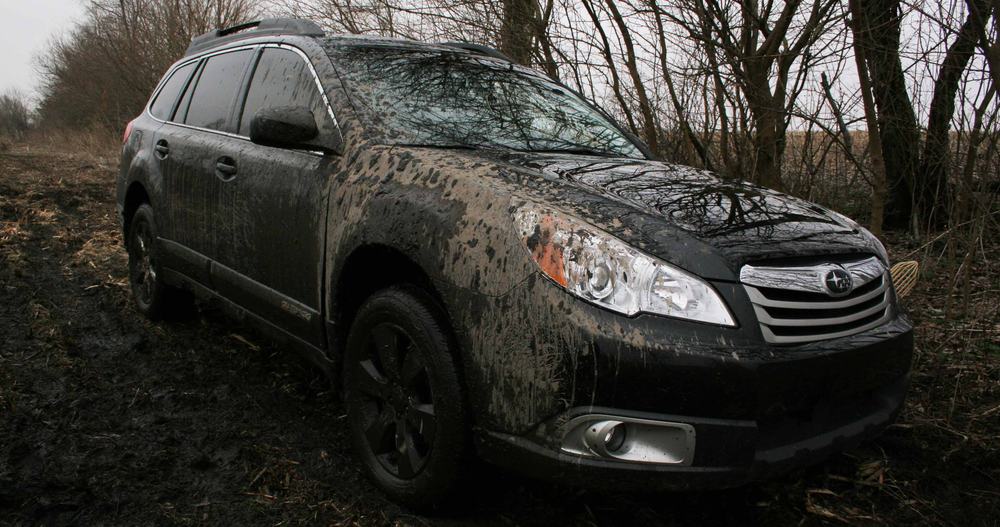 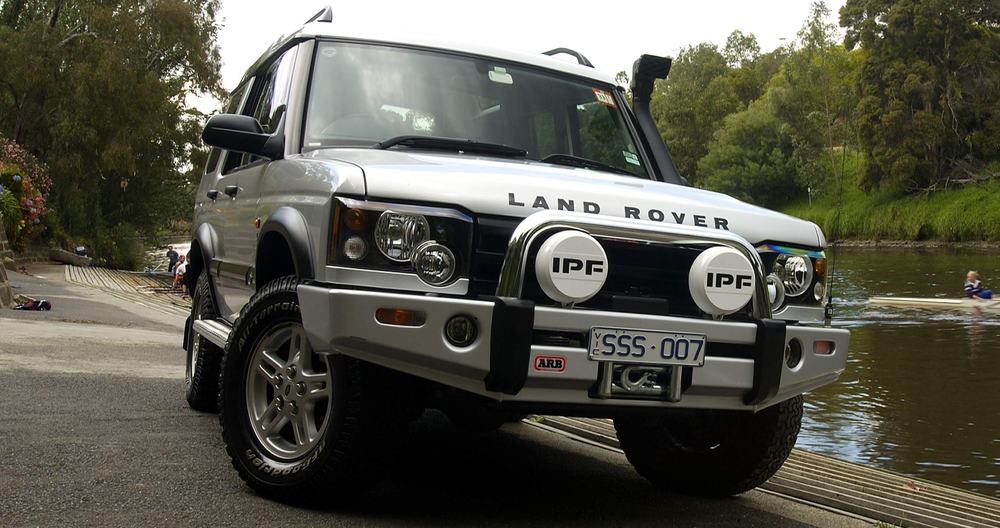 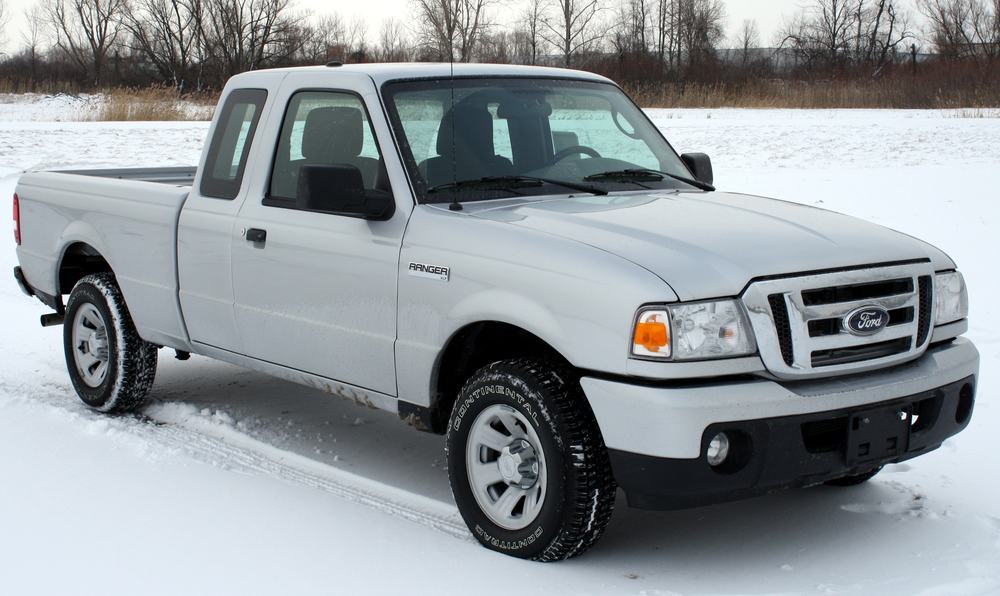 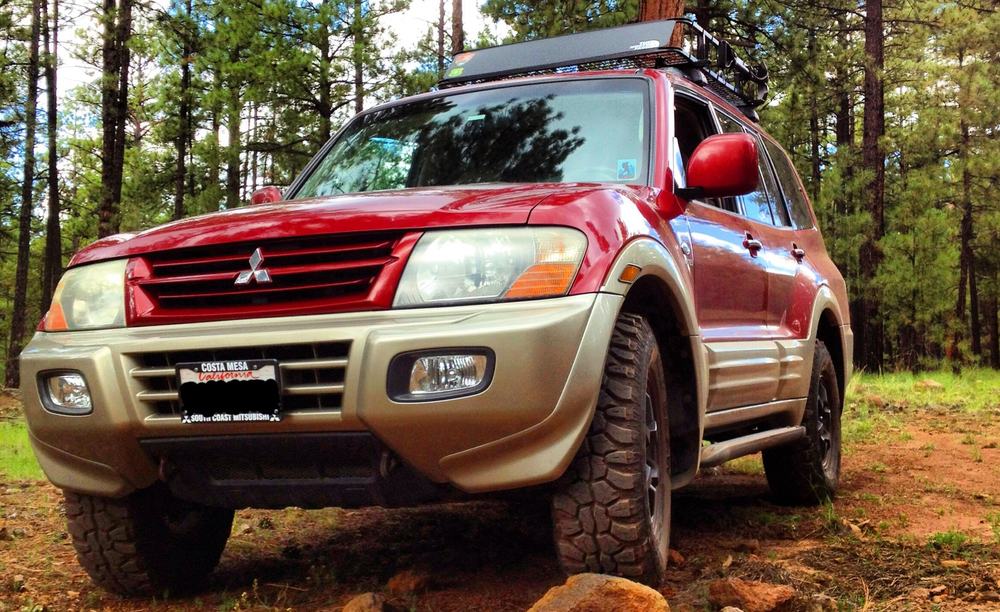 Taking to the hills has somehow become the bailiwick of the 1% who can spend a few hundred thousand dollars on a good survival vehicle. That’s not how it should be. People have been disappearing into the wilderness on mere pennies for ages, it shouldn’t now require that you have a trust fund to blow on the right stuff to head off into the thin air. We believe that anyone who wants to bug out, get away from it all, or just chase that horizon should be able to do so without buying a whole military station to carry with you on your back. To that end we wanted to find the cars and trucks out there for explorers who want to see over the ridge on the cheap.

What Makes A Good Adventure Vehicle

Adventure is all about being able to handle challenges – known and unknown, foreseen and unforeseen – without losing your cool. The same goes for the conveyance you decide to take with you into the wild blue yonder. More than having everything you need, it needs to have the ability to adapt to its surroundings, to change with the terrain, and to keep you safe while it hauls and solves, going over terrain easily.

4-wheel drive is helpful, or a smart All-Wheel Drive system that deals with sudden mudslides, downpours, snow, rocks, gravel, and ice well. Being able to shift into and out of 4-wheel is also helpful, as it provides you with more options should you need to change your strategy once you find yourself stuck.

Ruggedness should go without saying, but it’s an important note. Adventure vehicles need to be made of sturdy stuff that won’t fold under fire, wind, water, sleet, heat, or attacks from the elements. Cheap parts that fail or falter when tested aren’t allowed, so you should pick a machine that has brand reliability and a model that was made to take additional punishment.

Then there’s the It factor. Some cars just have It, and others simply don’t. We only want the ones that do, all at a price an ordinary person can afford.

Toyota trucks have a nice mixture of the indomitable durability and longevity that Toyota always brings to the table, and some of the grit that comes from the western auto makers. The 4Runner is an SUV with the soul of a truck, but it’s intended to feel more at home on the road, giving the interior a quaintness that isn’t to be had most western models. TLC and it will run forever, though expect a hefty Toyota bill, and isn’t going to give you the “over the river, through the woods” off-roading of most adventure options. Think “badass commuter.”

Anytime you can find a Jeep Wrangler in almost any condition, it’s a good time to buy it. Get the right years, and you’re sitting on an indomitable body that has more versatility than even its own brand can offer. See, the Wrangler uses a ladder frame, while Cherokees and many other luxury off-roaders use a unibody that won’t work as well with the torque required for going away from the pavement. Careful with the 4-cylinder models, as they’re a little underpowered for real adventure trekking. Get a bigger beast under the hood, both for you and for reselling down the road.

Really, the Ranger is just a good purchase. These toy-trucks-turned-midsize of the included years can be found in high school parking everywhere, because they are made to run cheap, last long, and take a lot of punishment. The XLT is the slightly more premium model, with power and nicer trim, as well as a chrome bumper, but any Ranger in most conditions are a happy second car to have on hand. Fords aren’t known to run forever, so wrenching is required, or expect to invest in the body over the long haul. Pour a few thousand into one of these, and it will save you $20K+ over buying new. Have some know-how with it, and you’ll forsake all others.

There’s a reason the Bronco is so beloved, and it’s not just its place in history. There’s something about the hulking brute of an SUV that truck and station wagon could actually agree upon. More than that, give it some lifts and you can outfit a Bronco II with tires taller than you are, though the second you take a corner it will roll. The ability to pop up the chassis makes it beloved for anyone looking to gradually build their own adventure machine, capable of upgrading over time.

Able to run forever so long as you continue to pay out the maintenance bills, Outbacks are the official car of everywhere there’s off-roading. Idaho, Colorado, Montana, and the Pacific Northwest are all littered with these, because they’ll head into the 300K range on miles, are comfortable as a damn luxury car, and can store everything, up to an including your own sweet self. It won’t give you the clearance for fording streams or walking over the rocky mountains, but you can find more than enough adventure here.

These old WWII bad-boys are just the best. Pick one up for a few thousand and you’ll have a simple way to wage war on a small nation. Military grade and bearing parts that are easy to find, easy to replace, and built to go until the sun runs dark, you’ll never have more fun in your life than restoring a Deuce-and-a-half. Until you drive it.

The difference between a Tacoma and a similar Ford comes down to a few fine points. The Tacoma is going to cost you more, because of the Toyota promise of reliability. It earns that money. However, the Ford is going to be less up-front cost, but the more miles it has, the more work it’s going to need. What’s available in your area, what feels good, and how much money you have right this second – plus how much you know your cars – all factor into that choice. At the end of the day: This is like a really low-maintenance Ford Ranger with a greater expected lifespan.

It’s a Toyota SUV with a rich history. It can go anywhere and can pack in a bunch of people. It can run a long time, but isn’t easy to find, and upkeep is a mother-in-law-who-hates-you. Expect 10 MPG on the highway.

Honda, Toyota, and Subaru get the hot press, but Nissan can keep pace with higher mileage, though they tend to suck up a little more maintenance. The XTerra is proof that they can also off-road like a bastard. It has a respectable ladder frame and a tough body that is tough in snow and dirt, with a simple makeup that’s more than it’s yuppi roots deserves. Unfairly treated, if you can find one it’s likely to be dead cheap.

Iconic, getting a Discovery II under the $10K range is doable, but most buyers knew they had a champ on their hands, or sold it to a buyer who did, and they’ve put it to work as their 4-wheeler of choice. Good luck though.

On the cheaper end of the spectrum, Troopers will need some work, but their shorter wheel base allows them a nimbleness that you rarely find a 4×4. You can even look at their sporty little Samurais. You’ll need to make sure you know it backwards and forwards before you take it anywhere far, but once you’re familiar, it’s a jaunty ride.