14 Survival Vehicles for Your End of Days Commute 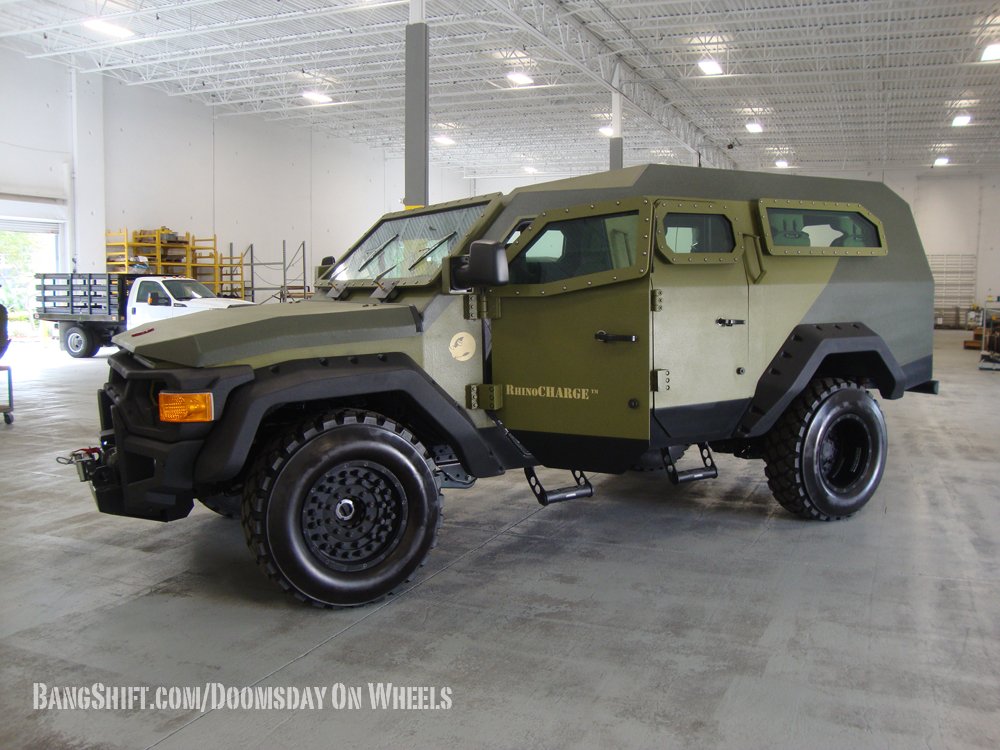 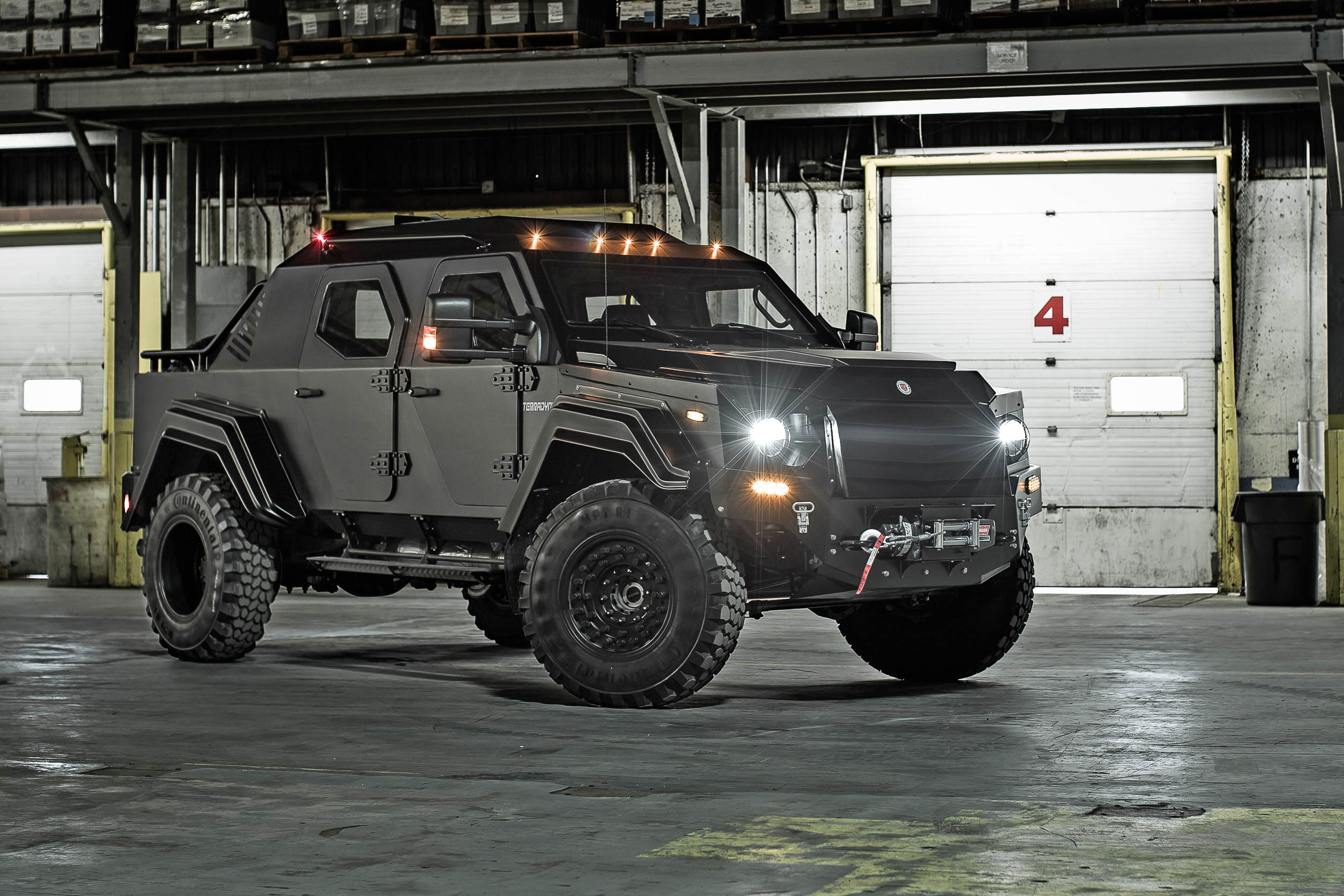 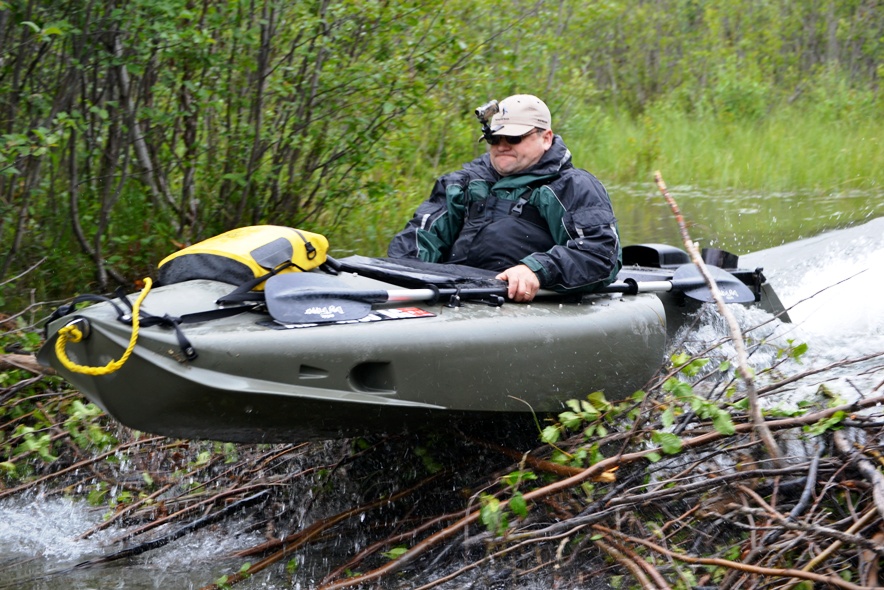 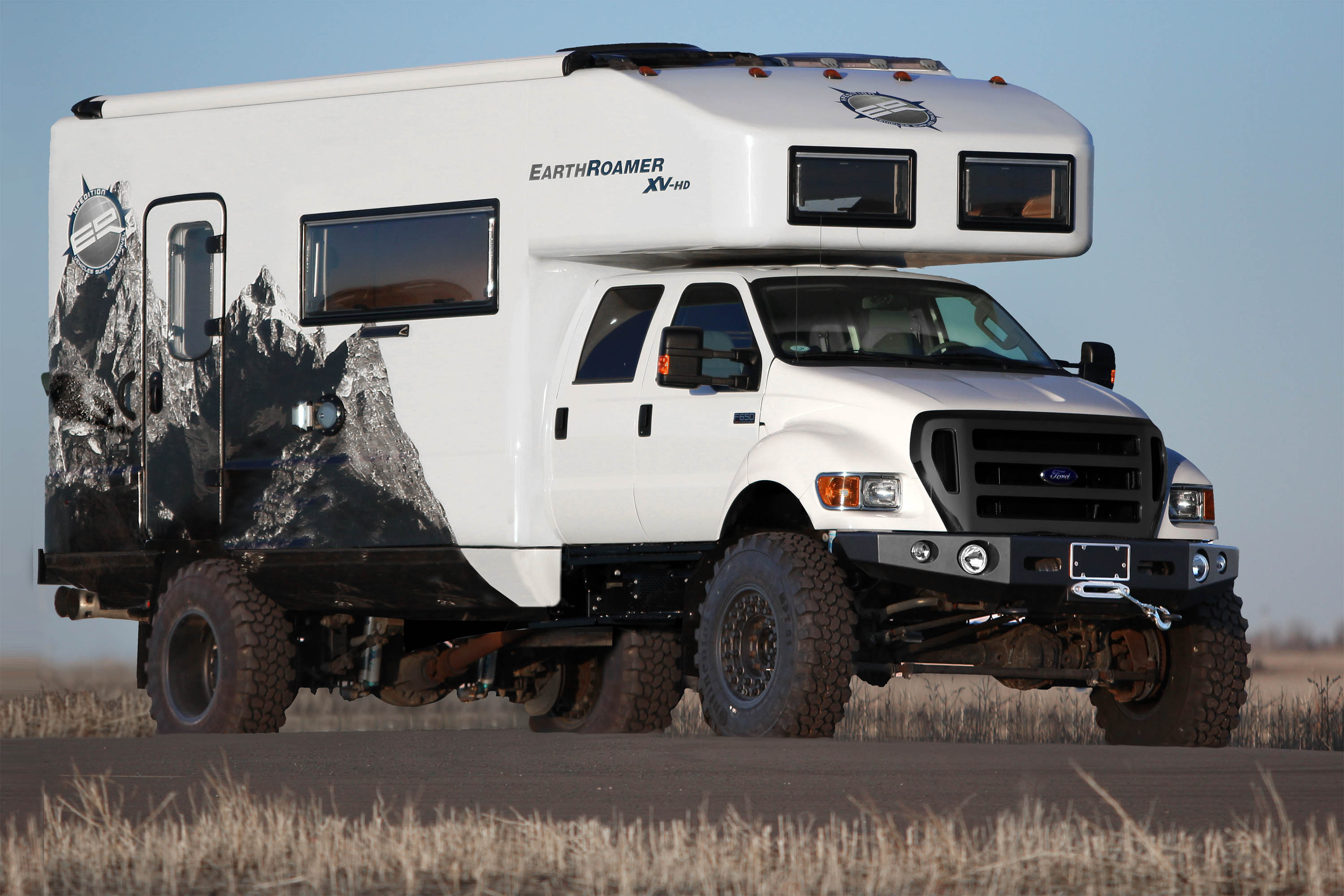 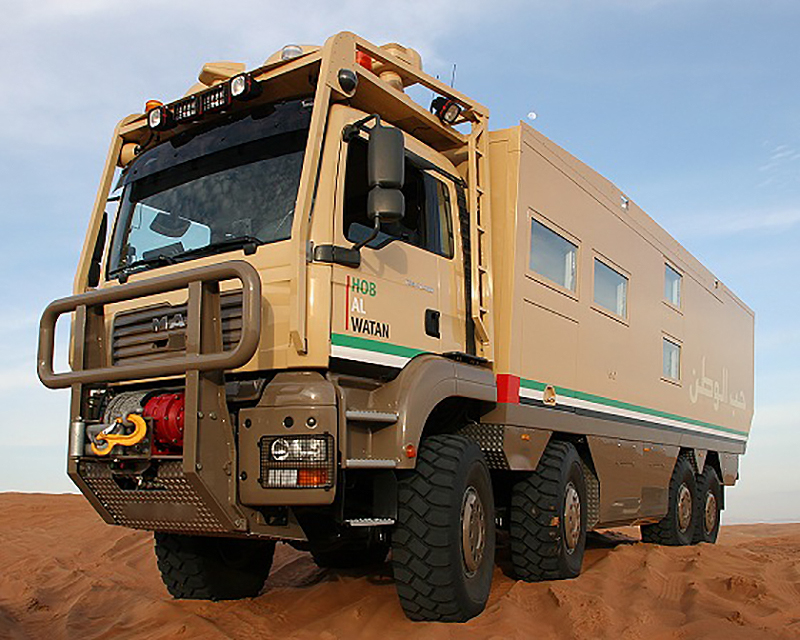 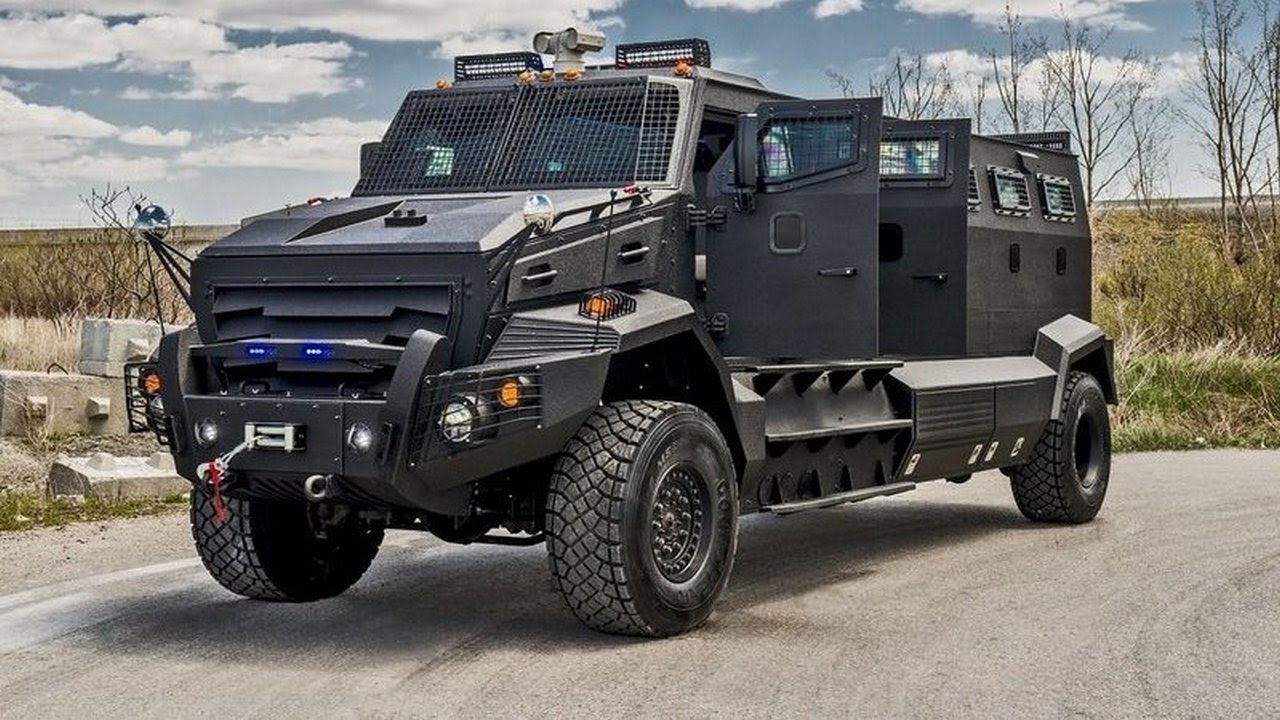 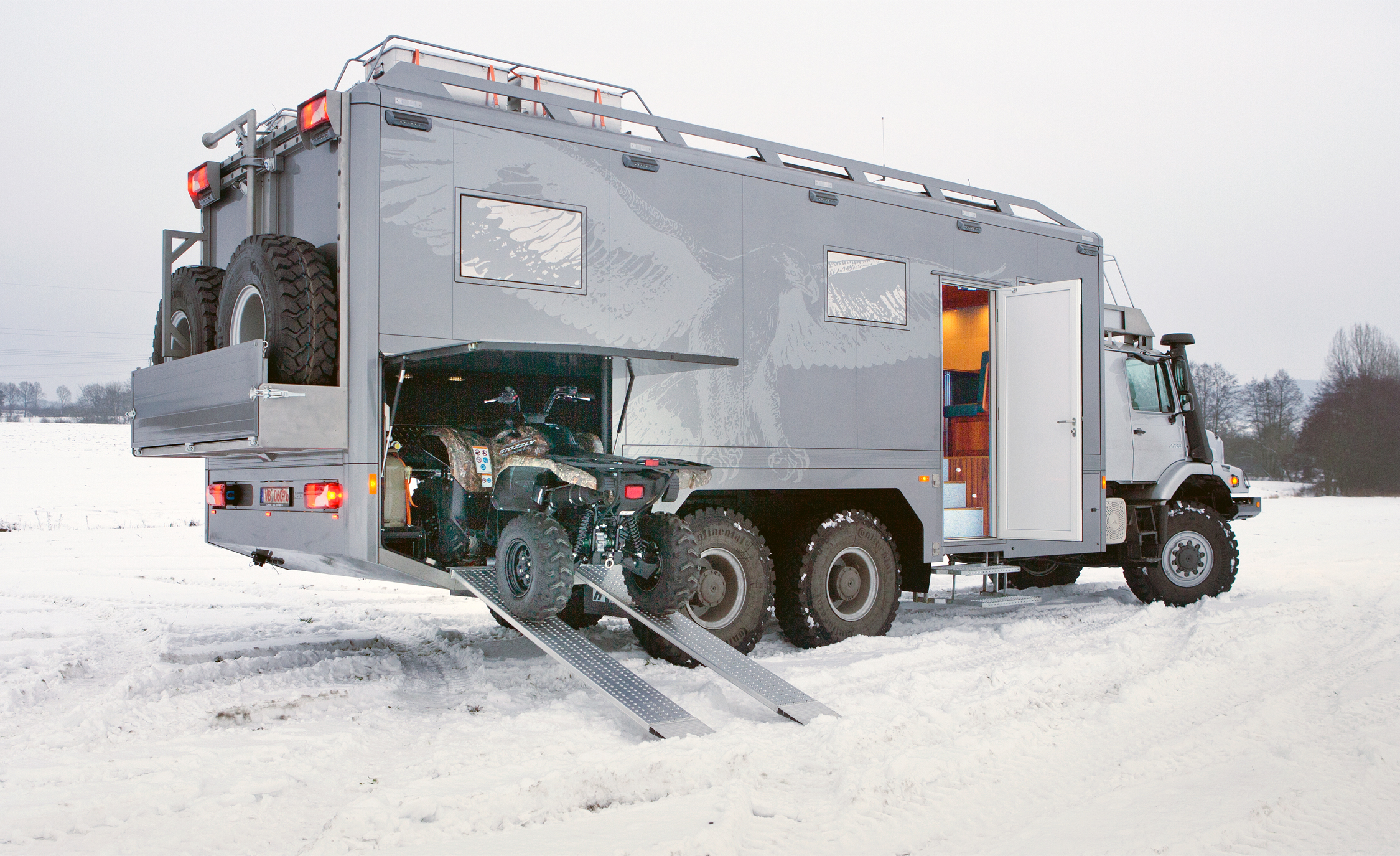 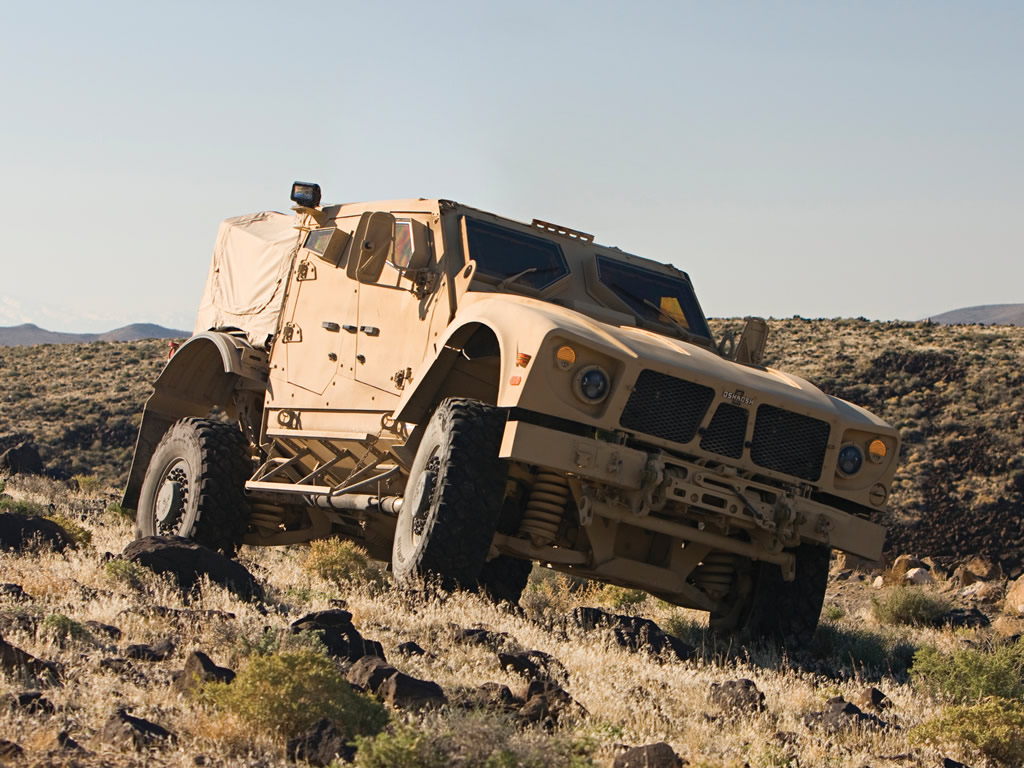 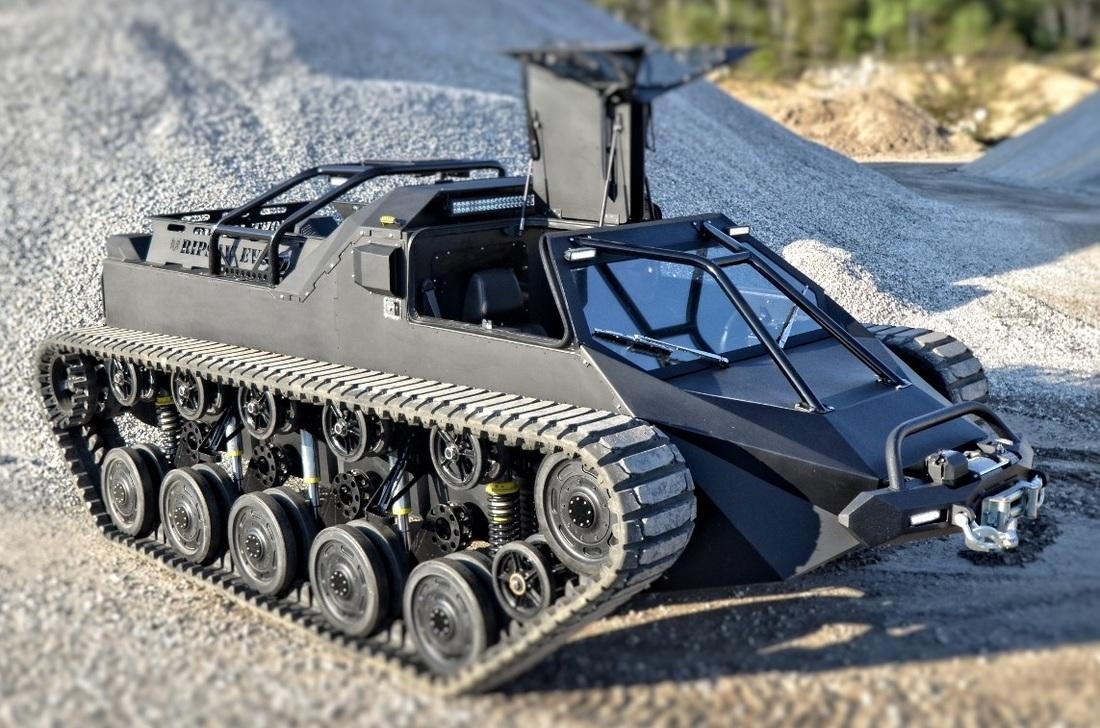 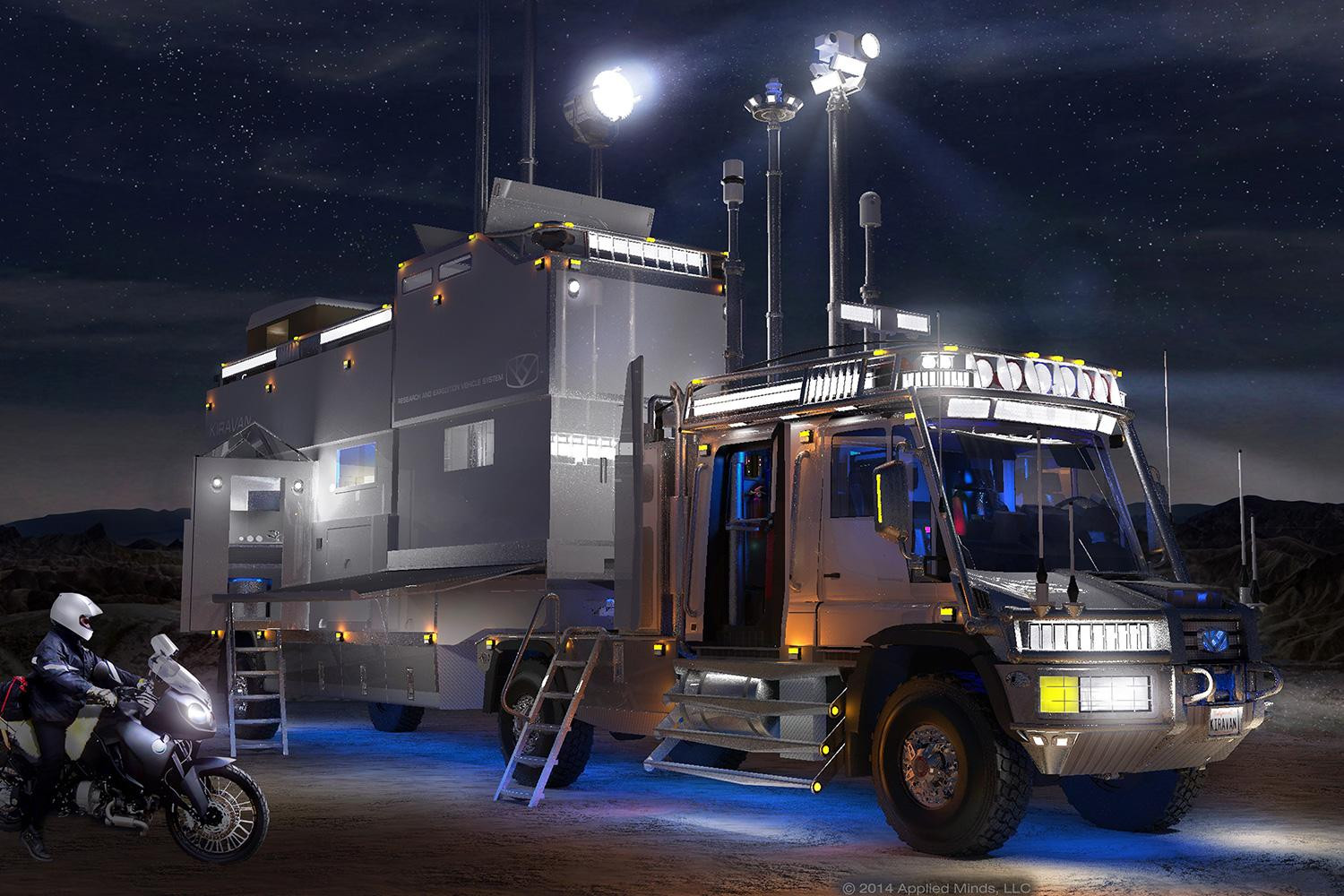 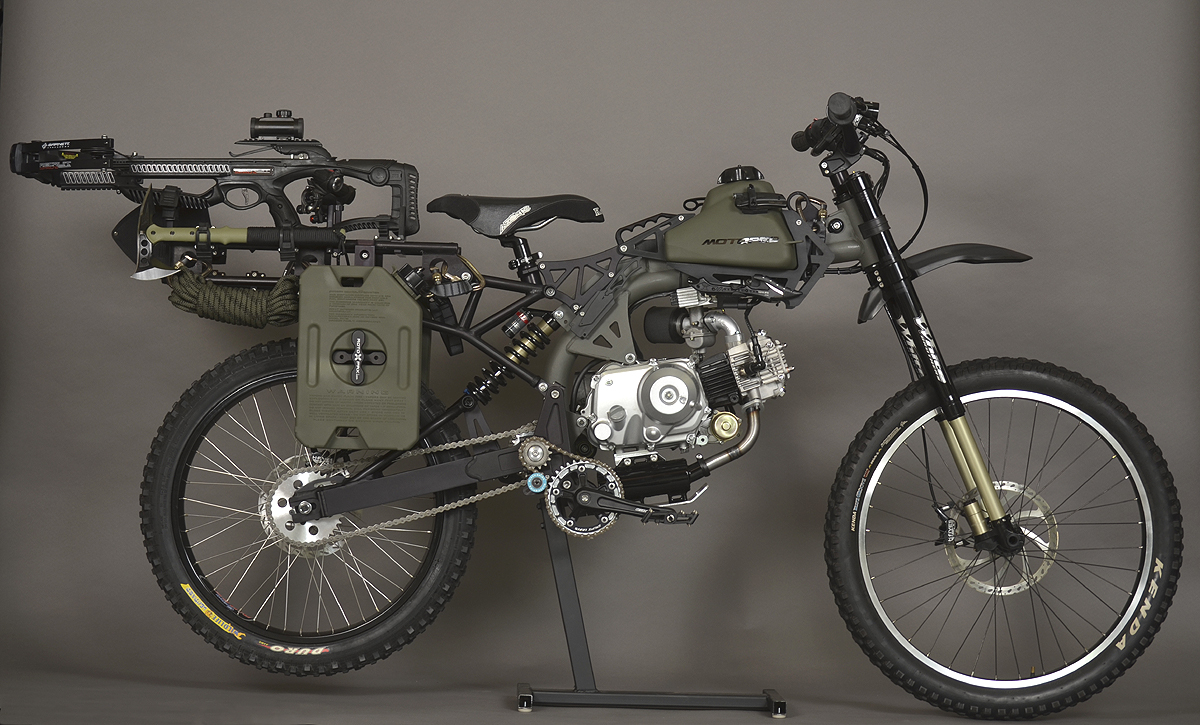 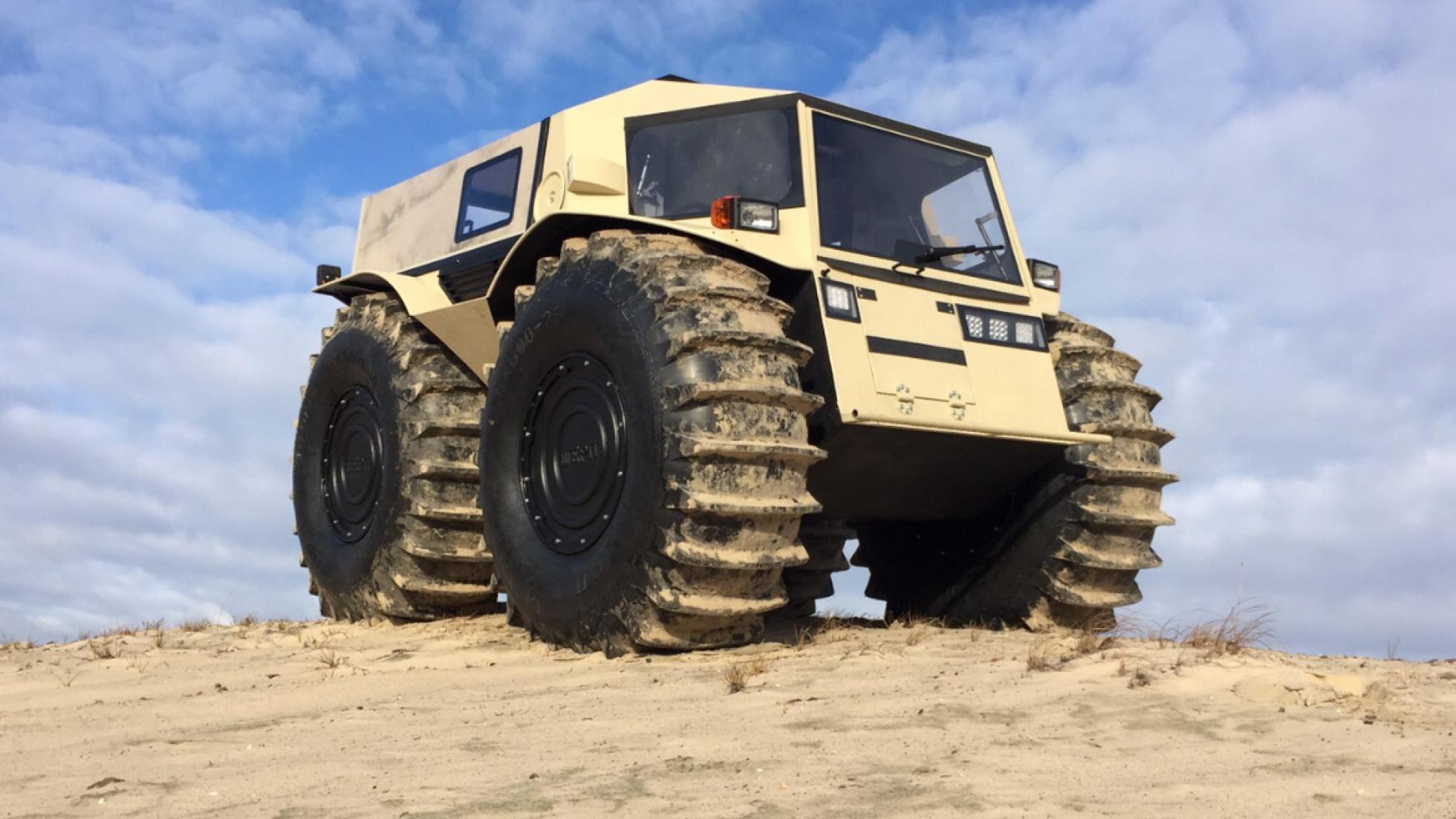 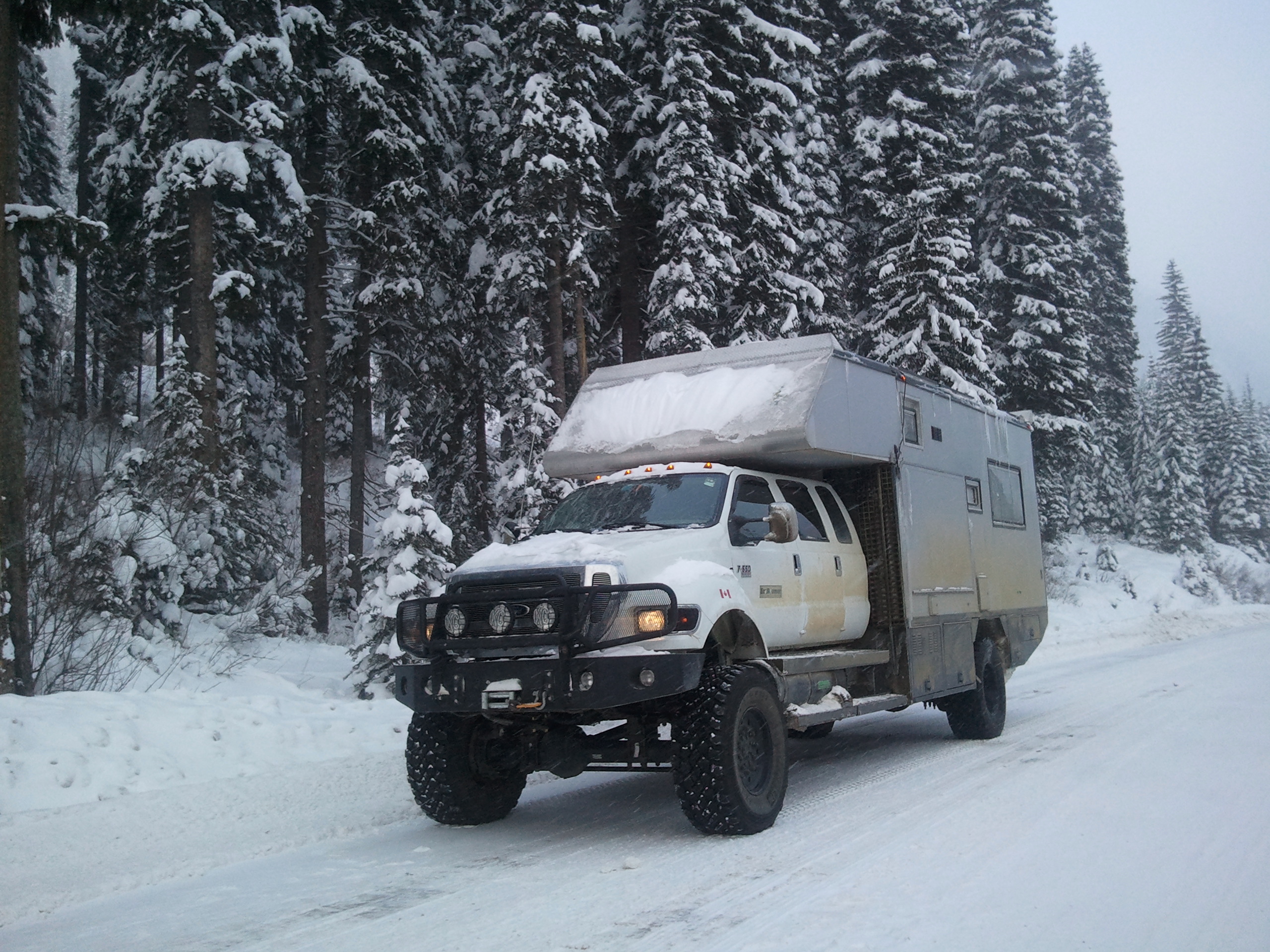 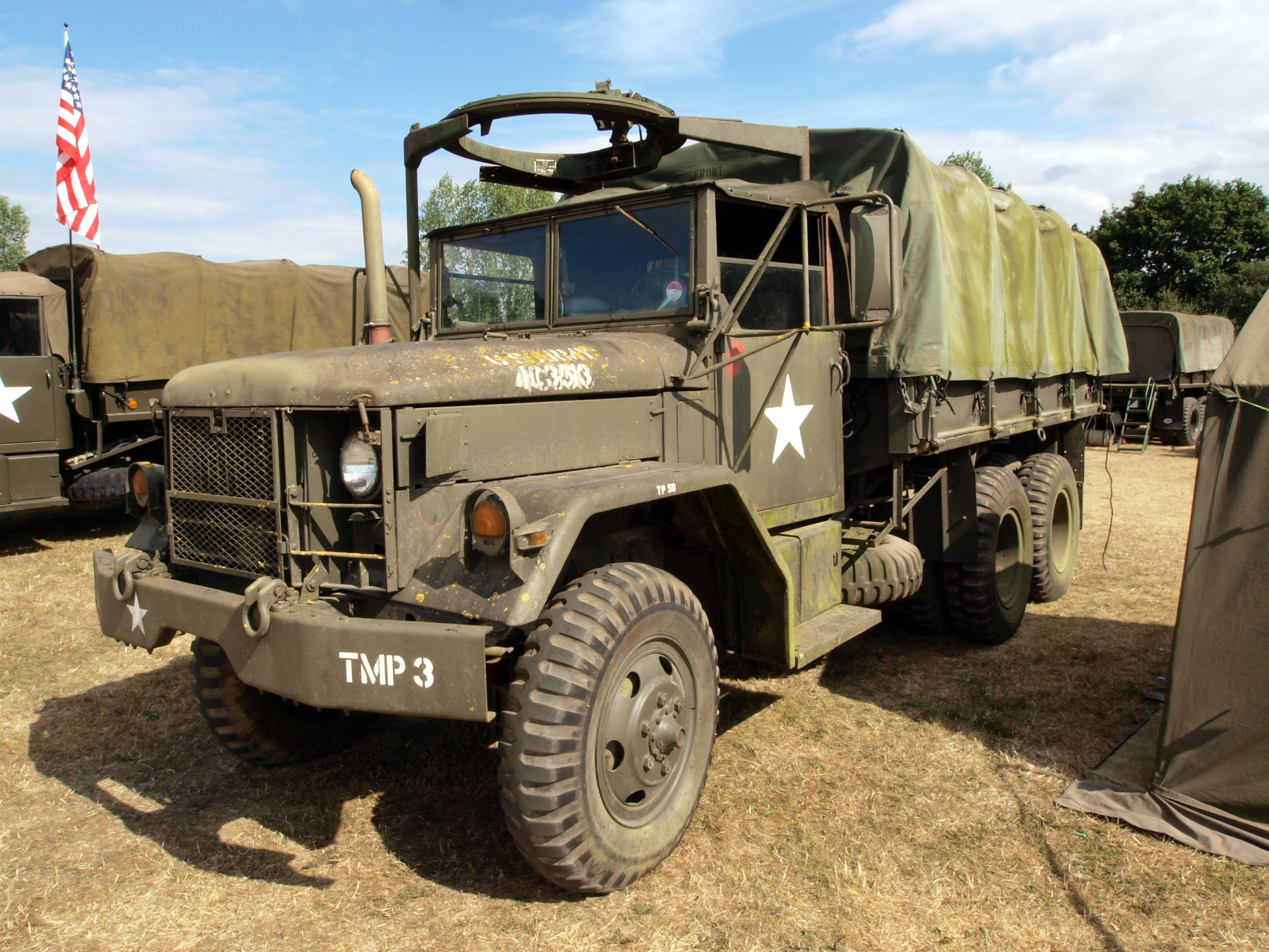 Those of us in industrialized nations are mostly inured from the ravages and strife that infect large portions of the globe. While we live in a cozy bubble that we believe will never falter or fail, it’s shocking how fast the civilized world can degrade into utter chaos. A long-term blackout, a major storm, a disease outbreak, and a thousand other catastrophes can leave us helpless. Helpless, that is, unless we’re prepared.

Those among us who hope for the best and prepare for the worst are going to be the ones who ultimately survive, when our corner of the world collapses. While you may be fortunate enough to never experience the need to flee from your home to seek shelter elsewhere, through bands of roving marauders or the walking dead; if you do, you’d better be ready.

That means having one of the best survival vehicles for covering ground, dealing with flying bullets, and being able to exist in comfort while the apocalypse swallows the unready.

Deuce and a Half

Simple Solution: You don’t need to spend millions on an aftermarket tank just to get a decent vehicle for when the SHTF, the zombie apocalypse stops being funny, or the commies come for your daughter. Kick it like they would in the Corps and throw a little Ooh-Ra at the problem with a nice Deuce and a Half truck. A few grand gets you a diesel marvel that’s easy to fix, easy to use, and crushes the competition…unless they get out of the way.

Shades of Green: A large truck with a camper shell is usually a recipe for guzzling gas, but solar power are combined to load it full of green goodness with less loss. It’s even constructed out of recycled bits and pieces.

From Russia with Love: With the huge, self-inflated tires and top speed of 28 mph, The Sherp isn’t going to break any land speed records, but it will climb over obstacles that are nearly 2.5-feet high and mow down most terrain that’s taller. Water won’t thwart it, since the treads act like paddles, and with a 44 horsepower diesel, it’s less likely to break down when things get deadly.

Kick Start: During the end of days, traffic is likely to be bumper to bumper, so you need something that can weave through the morass at speed. The Survival Bike is a durable mountain bike complete with 4-stroke motor for power. It’s nimble and agile, and won’t strand you if you run out of gas. Also included: Crossbow, tomahawk, one-gallon gas pack, shovel, harpoon, saw, lighting system, climbing rope with carabiners, flashlight, multi-function knife/light, dual multi-tools, neck knife, and a smartphone bike mount.

From a Pumpkin: Made by former President of R&D at Disney, and a brilliant imagineer, this was created for a single little girl who wanted a chariot to take her to the ball. It’s a 6-wheeled silver beast with interior decoration more lavish, and better wired, than any studio apartment ever made. It comes equipped with all the comforts of home on a body that rolls across rocks like buggy, and has its own souped-up dirtbike for quick recon movement.

Luxury & Performance: The fastest dual track vehicle ever to hit the streets, the Ripsaw EV2 is pure terror on sand, and leaves rocky outcroppings in the dust. Weighing in with 600 diesel horsepower, there’s a lot of bite to be had by this customizable juggernaut, but step into the plush, luxurious interior and you’ll forget you’re going to war.

Behind Enemy Lines: A military and paramilitary operations vehicle, the S-ATV is a rough-and-ready combatant that can be outfitted with all the 50-cal action you need, or all the water and survival gear you can carry. The suspension system keeps it centered over peaks and through valleys, while the plug and play C4I capacity lets you stay in touch with base camp wherever you may roam.

Special Order: The sub-zero temperatures that never rise, while providing that extra bit of Mercedes-Benz luxury in everything from the OM 926 LA 7.2l six-cylinder turbo diesel engine to the 46-inch touchscreen monitors.

Family Size: Though able to sit 16 combat specialists in full battle armor and heavy-threat weapon loadout, the APC is surprisingly light and maneuverable. Specialized armor give it as much protection as its heavier counterparts with a rating of NIJ-STD-0108.01 Level III / CEN Level B6 ballistic standards, and it’s no stranger to climbing hills, using a throaty 8.3L Paccar under the hood, backed by a ten-speed manual Allison Transmission.

Beige Box: You can’t go wrong with a Unicat when it comes to arriving alive, and in style, but we prefer the Comfort Plus to other vehicles because it adds that extra sense of luxury that says you’re not just surviving, you’re living. On the outside, you get millimeters of fiberglass-reinforced polyester, and flexible plate bonding that doesn’t crack under temperature extremes. On the inside: paradise of your choosing.

Home Grown: Intended to be a home away from home, the XV-HD is the newest and most spectacular addition to the EarthRoamer line. Starting off with a Ford F-750 chassis then adding in a 35-foot body intended for 8 people, it begins as a workhorse, then puts in the pomp and creature comforts. Solar panels line the top for an off-the-grid camping trip, and inside you’ll find a washer and dryer to complement the 200 gallons worth of water and immense battery array.

Waterborne: Survival isn’t just about getting across the land, you need a way to deal with a planet that is 70% water. The ES-Kape is a motorized kayak intended to be environmentally friendly, and still more than a match for the elements. A detachable engine bay and cockpit make for easy transport, and yet snap together in moments to give you a way to go by sea, stream, or river, to bug out wherever it’s wetter.

Hummer Killer: This warpig comes from Canada, of all places, and you can see the rugged sensibility in the V8 turbodiesel that pumps 300 ponies to the uber-aggressive off-road tires. Though the top speed is only a spit away from 70 mph, when it comes to climbing up and away from the pavement, this has the torque to stand and deliver. Small windows work as murder holes for guerrilla combat right from your own back seat. 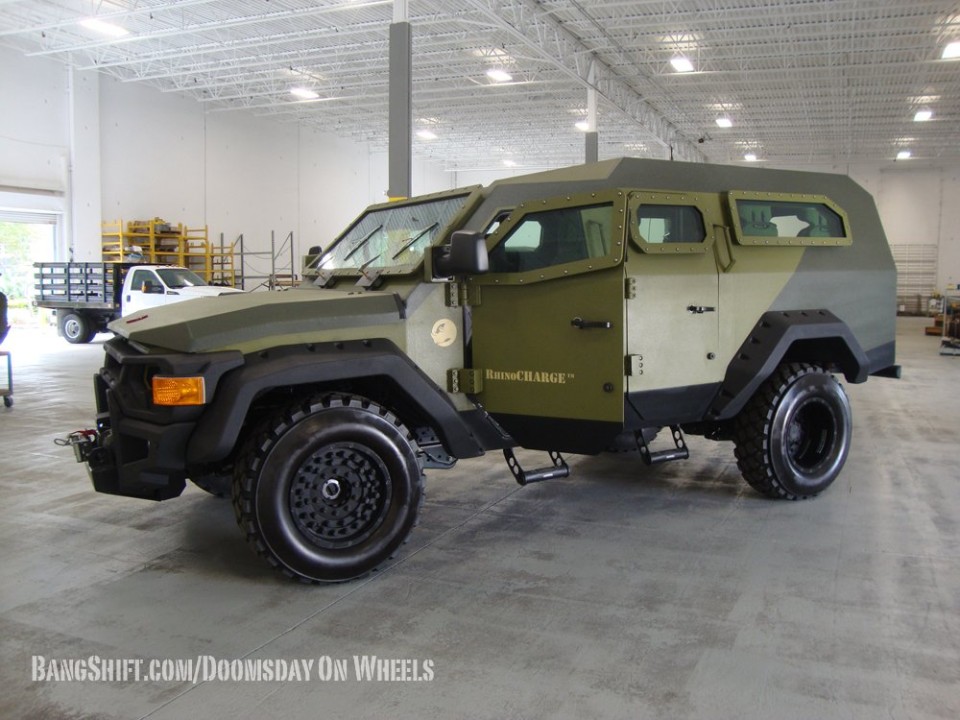 Hot Zone: This isn’t a camper that’s been beefed up to look like a piece of spiff, the RhinoCHARGE is intended for showing force in contested areas and patrolling where IEDs are a way of life. The Return Fire ballistic glass is made to be taken into the beating, bleeding heart of a firefight and bears the NIJ Level IV / EN B7 to prove it. All wheel drive that runs with 300 horses, and the ability to customize the interior to suit your battlefield make it worth its weight in shell casings.