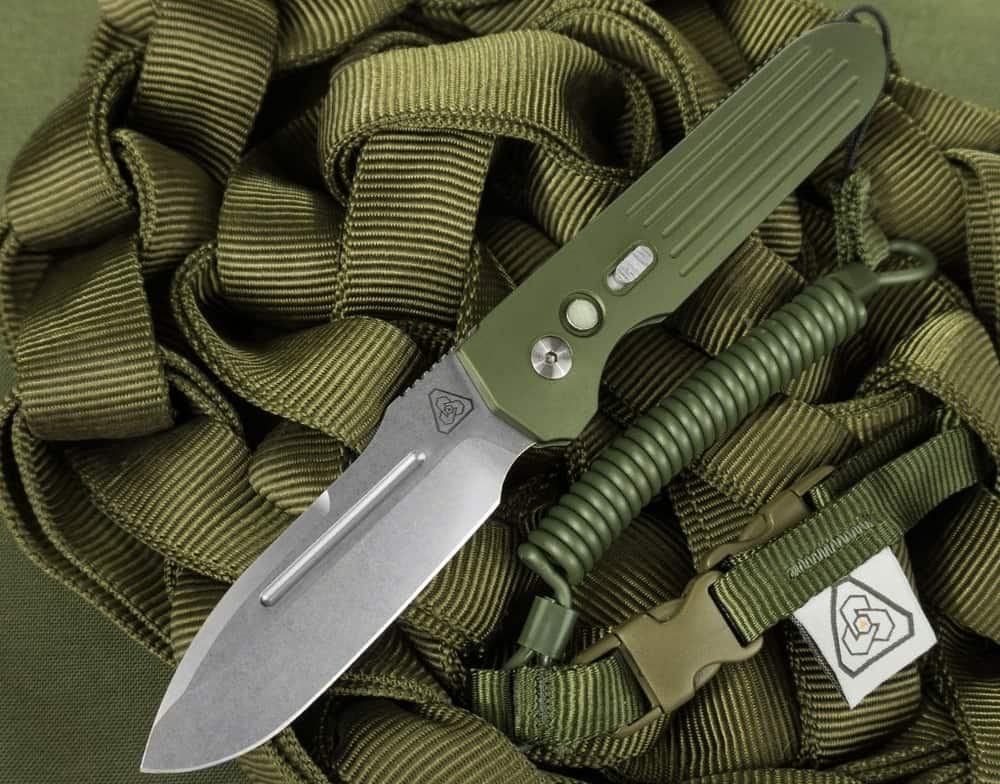 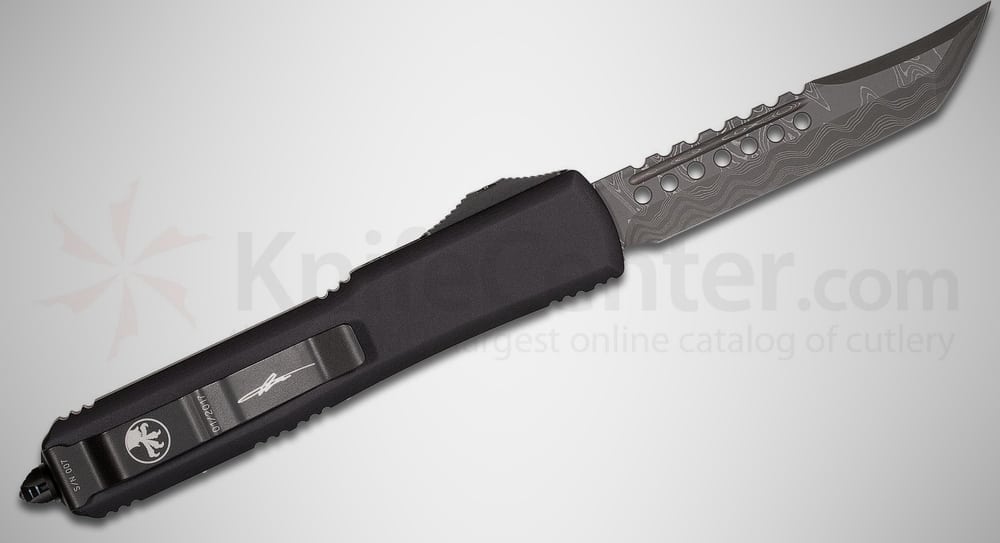 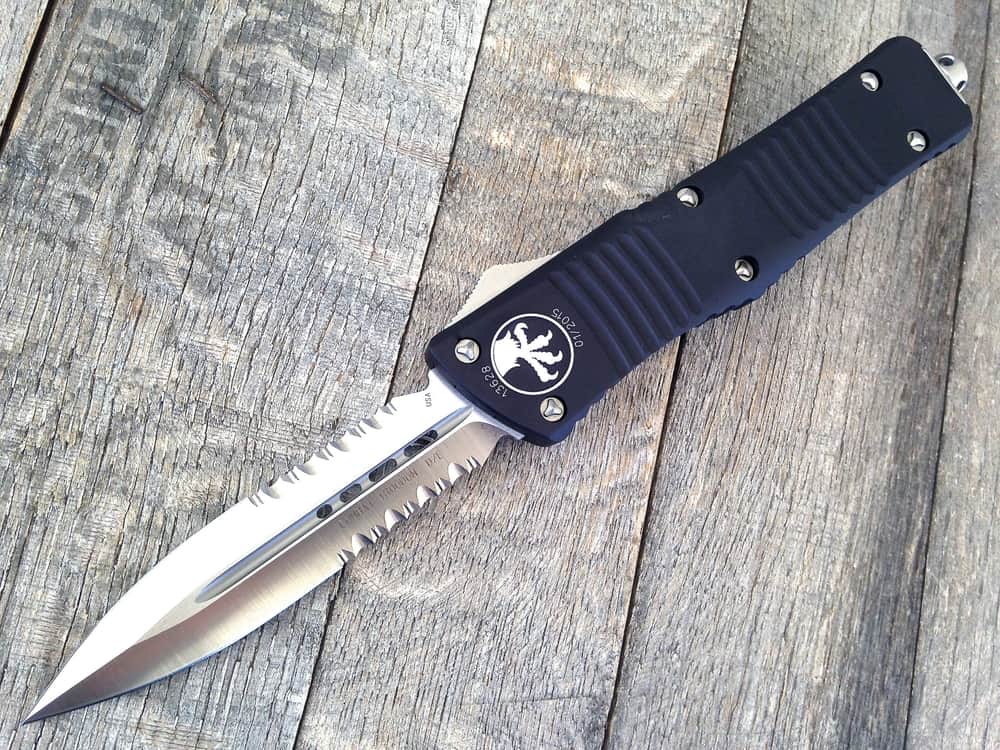 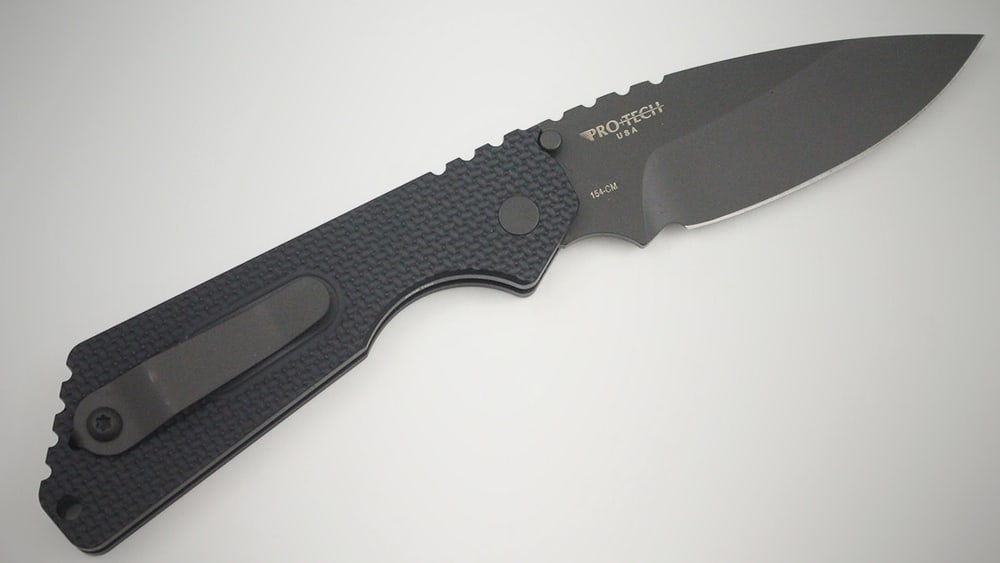 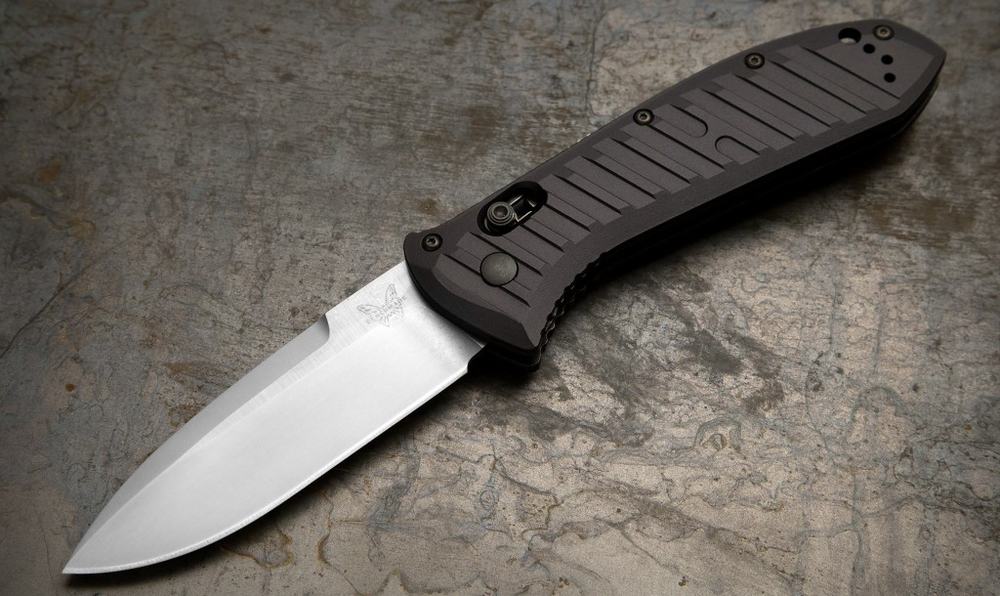 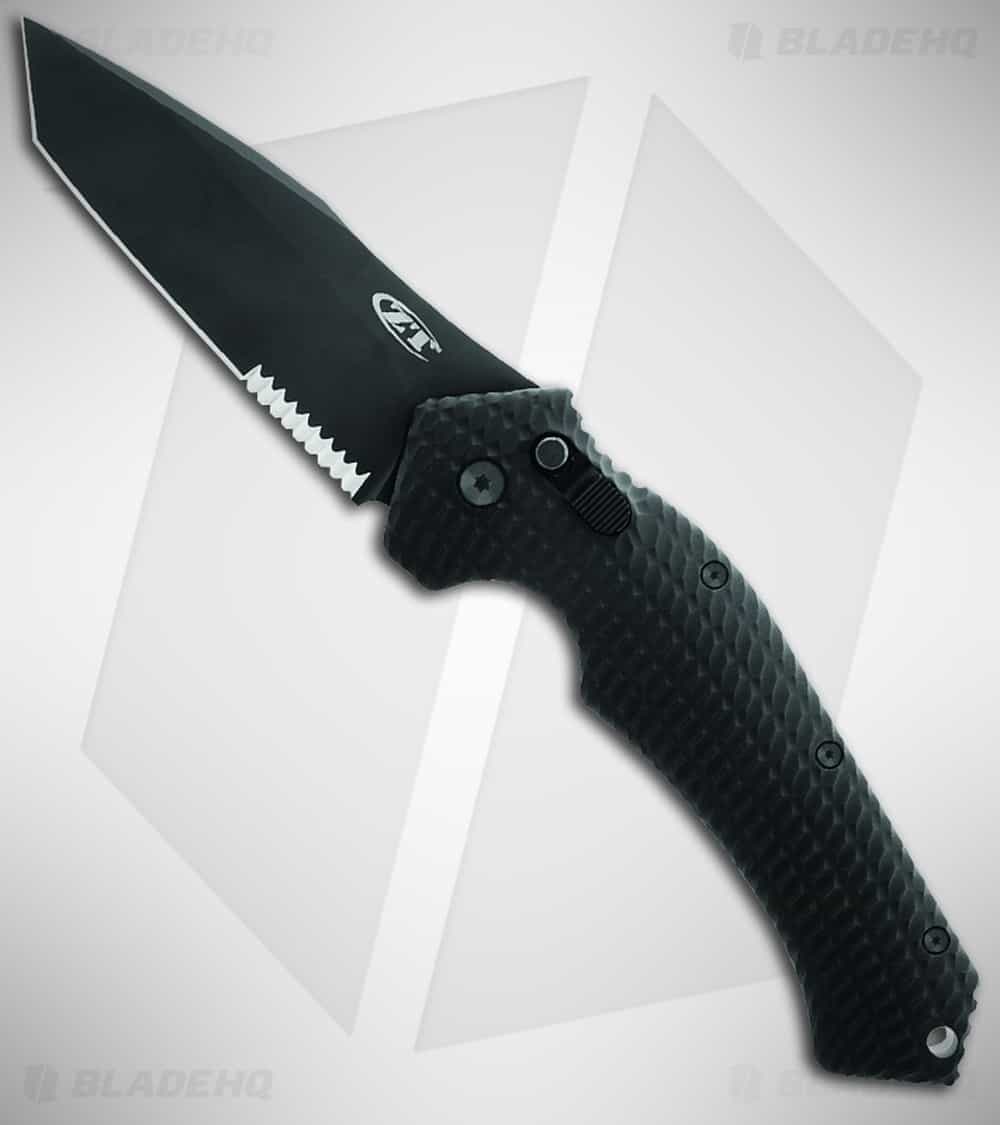 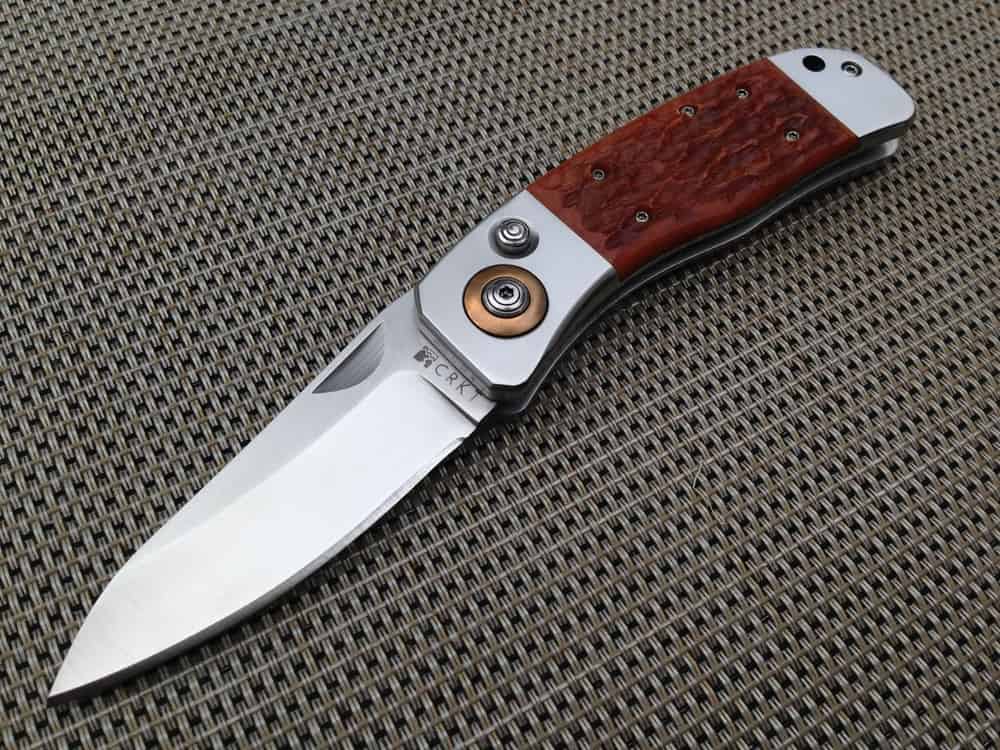 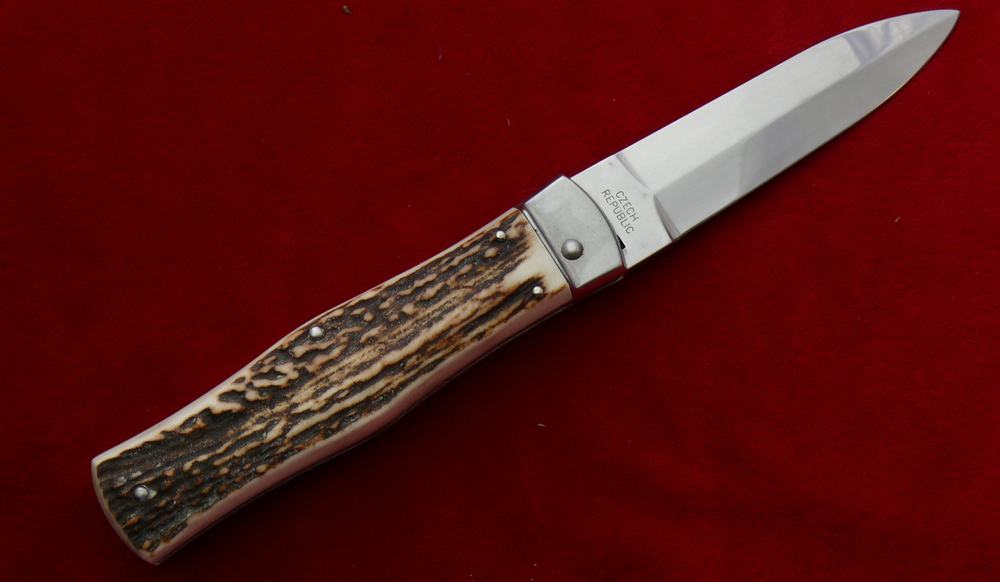 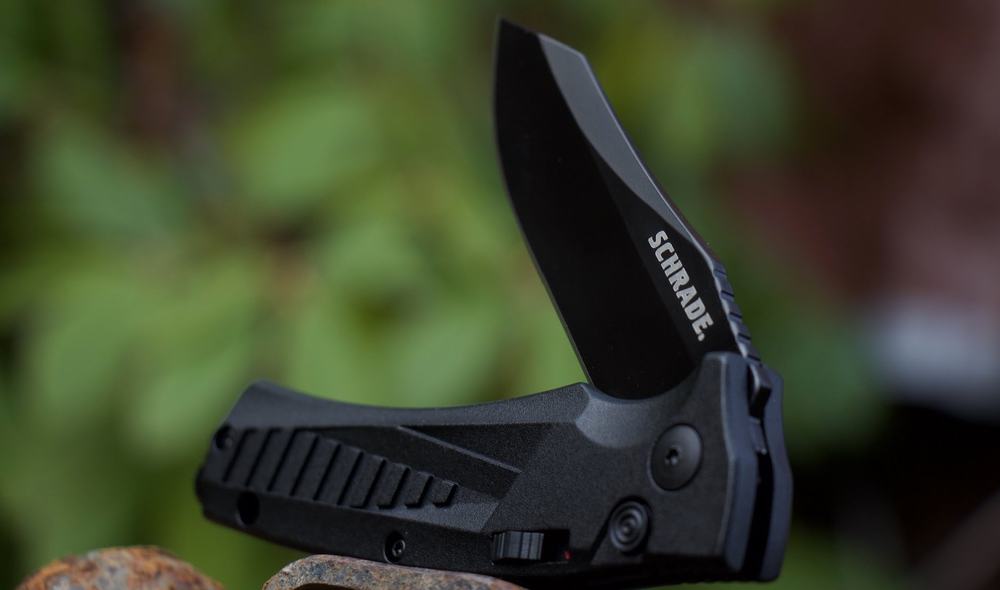 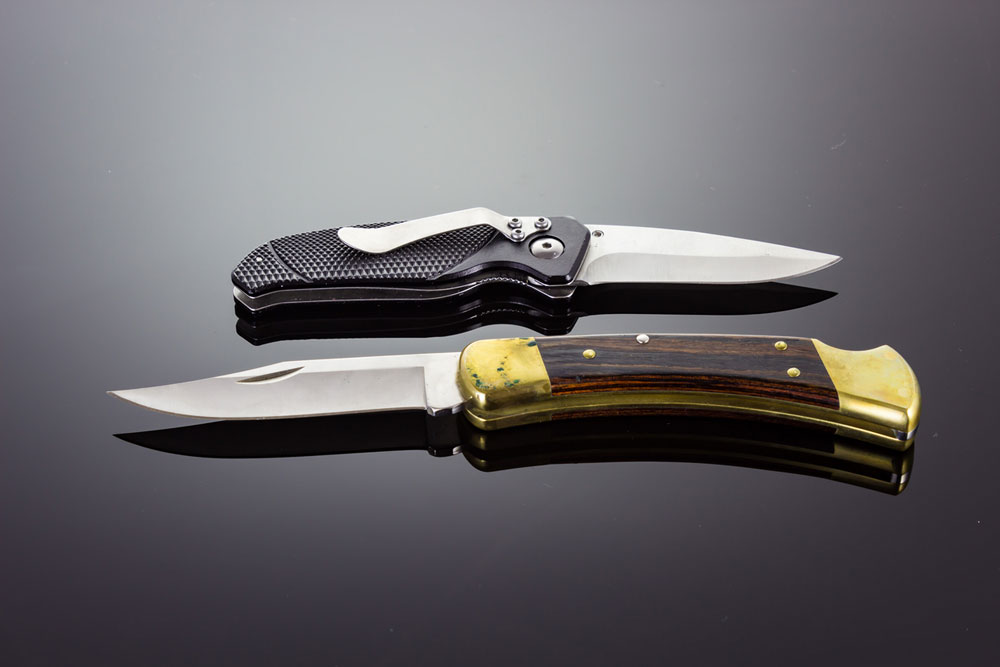 Switchblades, which are now better known by the name “Automatic Knives” have a history that goes back hundreds of years, with the earliest models appearing in France and Italy – which is why they are often known by the name “Italian Stilettos” – back in the 1700’s.

These spring-assisted knives had a small following in Europe, which was then brought over to the United States after WWII when brave, Nazi-killing soldiers saw these snap-open knives during their time fighting in the European theatre and adopted them for home use.

Soon after, moving pictures of the time started depicting street toughs carrying these blades. This was a Hollywood fabrication that eventually led to many young greaser punks packing the knives around. That’s when the government stuck its grubby little fingers into the pie and passed the Switchblade Knife Act of 1958.

The same way that marijuana, motorcycles, tattoos, and free love became part of the agenda of politicians, so too did automatic knives get labeled as “Evil” by untrustworthy government officials who needed something to rally against. Since then, it’s been difficult to get automatic knives, which are actually just like any other blade, except a little more efficient.

Manufacturers have done an excellent job of finding ways of making modern switchblades that slip through the loopholes in the laws, but even so, you can find yourself in a mess of legal trouble if you are caught carrying, buying, selling, importing, handling, or looking too closely at an automatic knife. Though, if you’re like us, you just can’t help yourself, no matter what Washington’s fat bastards have to say.

That’s why we found the 14 best automatic knives that most people can carry. Just be sure to check your local laws before you get busted with a switchblade. 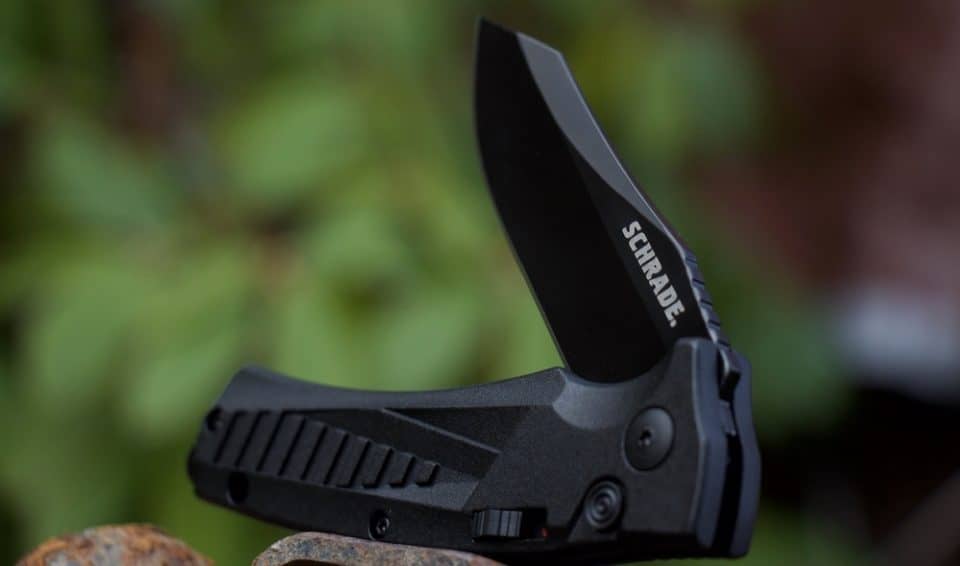 Made for deep carry and quick use, the SC90 is built for field pros who have to have a solid grip that works at any angle, providing the rapid action and easy use they need to save – or, should the need arise, take – lives. This does it with a price you can stomach.

Boker makes several automatic knives that bear the name of the famous Russian Kalashnikov name (Kalashnikov firearms are also known by their popular designation “AK-47”) and they’re all solid, inexpensive choices for the blade fiend on a budget. Molded finger grips help keep the knife in your fist during work or combat, with a Bowie build that’s as useful as it is good-looking. 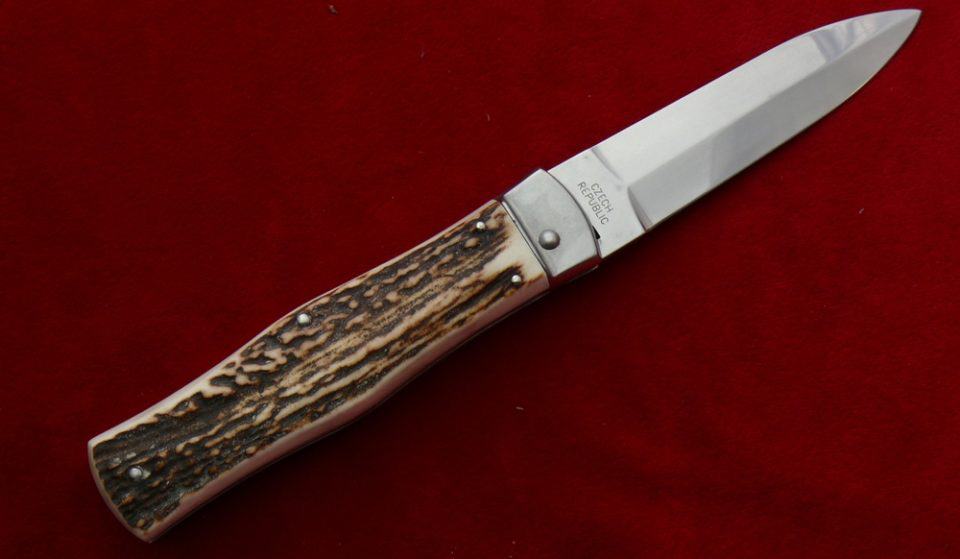 Straight out of the Czech Republic, the Predator is an odd little auto with its wooden handle and unusual mechanisms. It’s also the most easily hidden of anything on this list, making it a good secondary knife or stylish conversation piece that’s also forged in flame and utterly vicious. 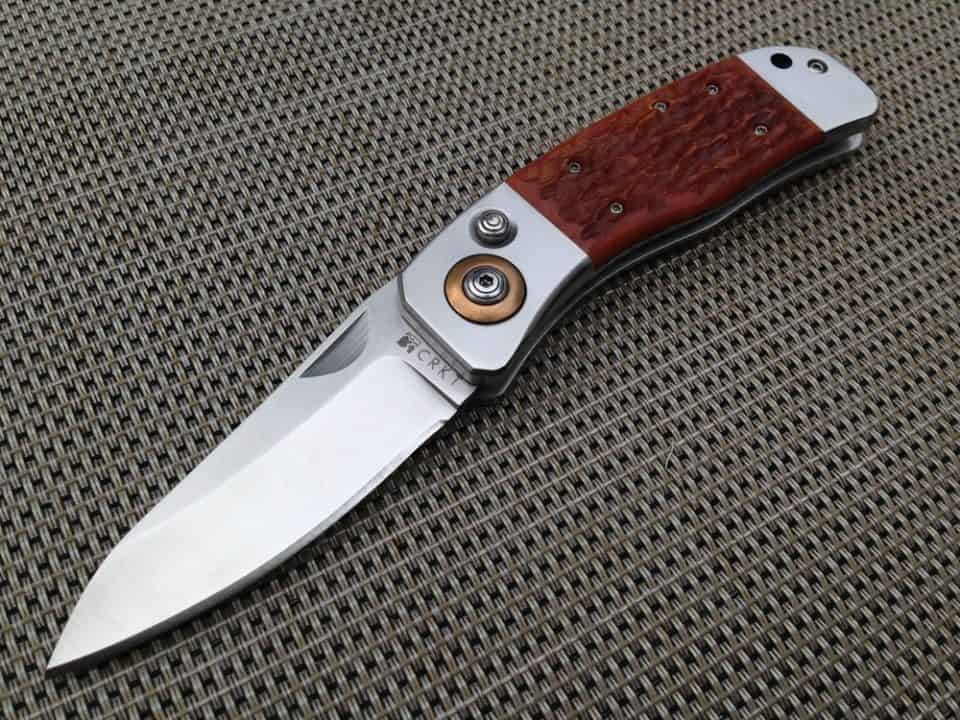 Made by mad knife genius Ron Lake, the P.A.L. (Piston Assisted Lock) has a deep-set deployment trigger that blends into the classic jigged red bone exterior, which gives it a traditional look along with modern machining. While we’d like to see something a little stronger than the slightly soft AUS-8 steel on the blade, it’s thick and trustworthy with the capacity to sharpen easily on the fly.

You’re going to get a good knife if you go with anything in the Launch line, the 1 was our favorite due largely to the tip to toe blackwashing. It also has CPM154 stainless steel that holds an edge for ages in an anodized aluminum handle. In the handle is a recessed opening button that is hard to accidentally hit, but when pressed sends the blade flying out so quickly, expect to drop it the first time.

The true tuxedo of auto knives, you don’t need to know much more than it’s Cerakote finished 440C steel in a 6061-T6 aluminum body, because there’s no further story required. 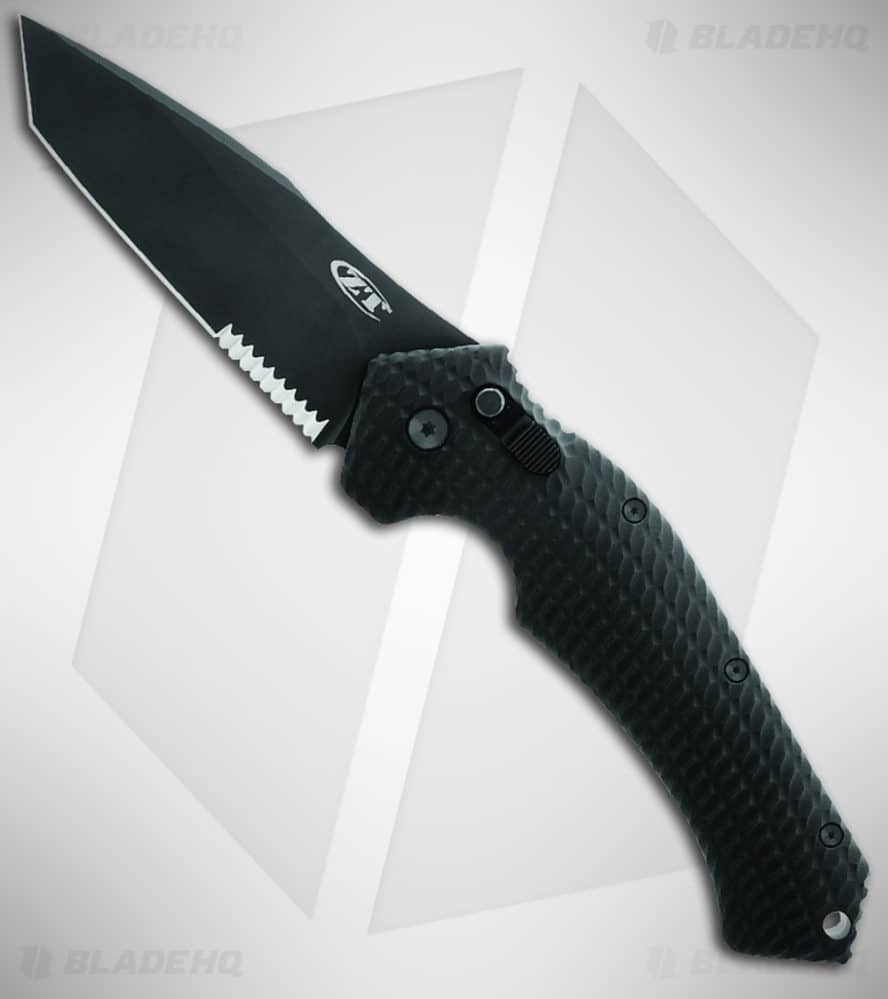 ZT focuses largely on flipper knives meant to circumvent the switchblade laws while offering a quick-deployment blade choice, but when they decide to go full auto, they do it well. A nasty, inwardly curved blade good for gutting and cutting, the 610ST suffers no fools.

Available in both a standard drop-point blade, and a combination blade for those who want some sawing serrations on their knife, the Mini-Reflex II is a minimalist EDC option machined out of 154 CM steel. With a lifetime warranty and a lifetime of sharpening by Benchmade, it’s easily the little knife that certainly can.\

Exactly the same as Brous Blades Bionic flipper, but outfitted with a commendable automatic release button, Brous has opted to go with a sheepsfoot-like drop-point design that is far less aggressive and more utilitarian than most auto knives. At 59-61 on the Rockwell hardness scale, it’s still able to do plenty of damage should the need arise. 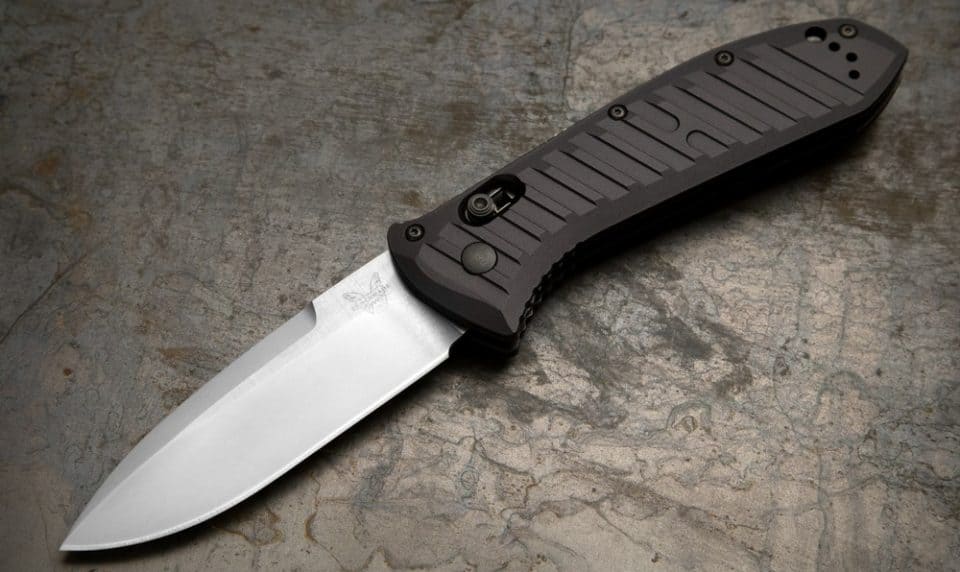 Benchmade has their Bedlam and Infidel knives, which are wicked pieces of work should you be heading into a fight, but they both practically ask to get noticed by the police, and aren’t necessarily useful outside of a combat zone. For our money, the more staid and practical Presidio gives you the Benchmade quality without quite so much flash. 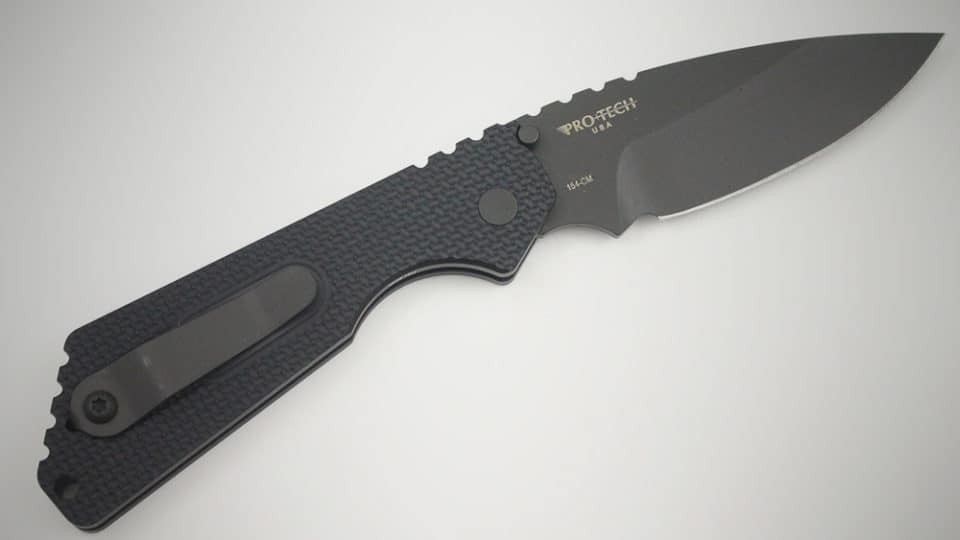 When it comes to automatic knives, there’s two names to know: ProTech and Microtech. Each brand specializes in these kind of cutters and both make the best on the market today. Among ProTech’s deep bench of options, the SnG stands out, not only for being a collaboration with Strider, but for capturing the tactical essence of an auto knife. A G10 scale, titanium locking, stainless handle, and 416 steel build makes this knife a small, flat, deep carry wonder that belongs in every collection.

The flagship of Microtech, and perhaps the entire automatic knife industry, the Troodon is a fault-free knife to begin with. What the Combat version brings to the table is 25% more size for easier handling and more real estate to grip for bayonetting. It’s a dagger style blade built less for work than for close-quarters shiv action with whatever the best steel available is. 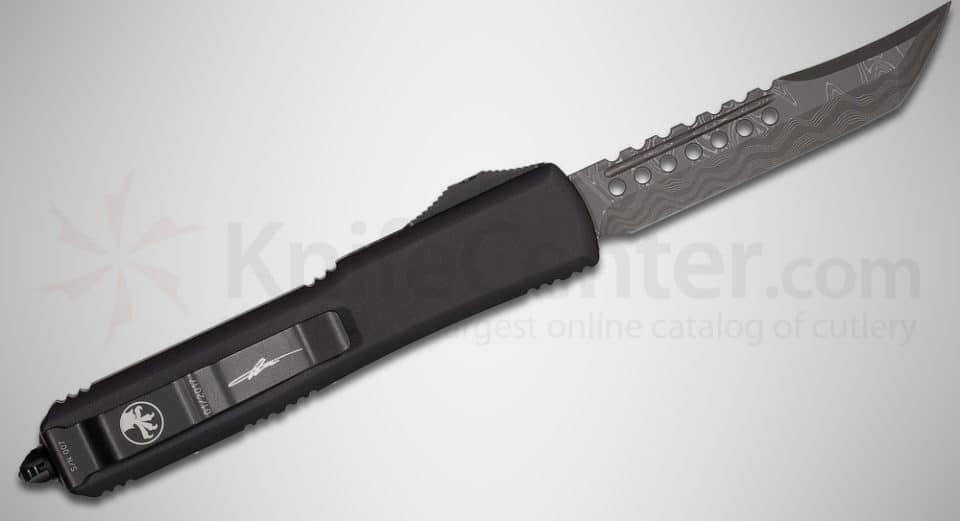 Microtech is already the 800 lbs. gorilla with the 800 lbs. price tag, but their Ultratech line manages to crank this up yet another notch. Damascus steel with an OTF build that jumps out of the carbon fiber handle like a methed-up boogieman, nothing out there is tougher or scarier than the Hellhound. 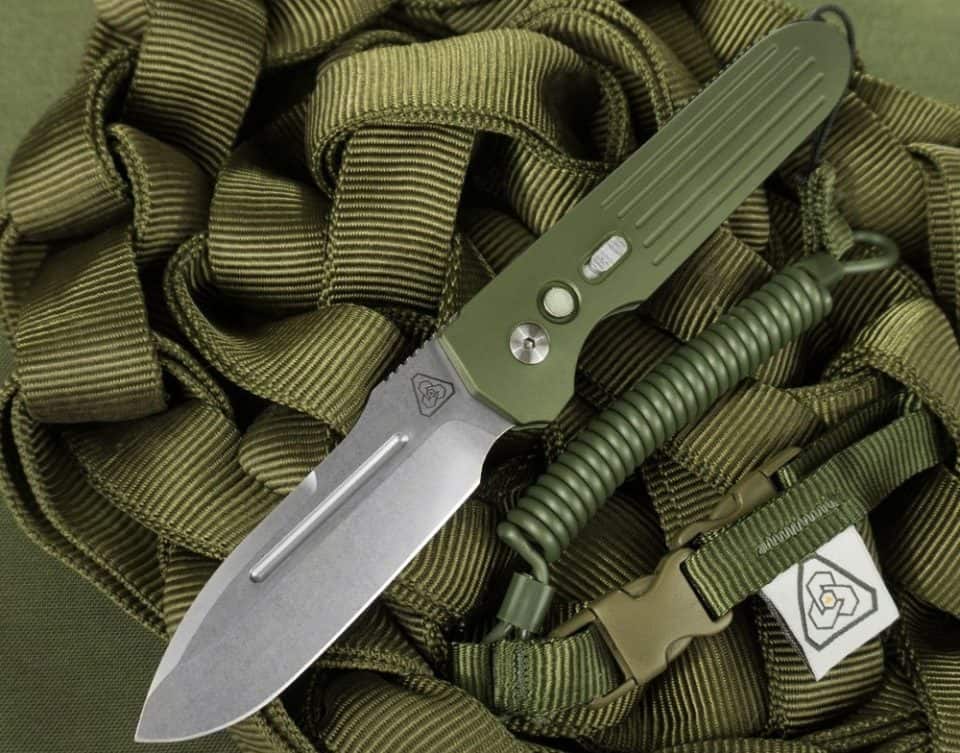 The MIL-LE marker stands for Military and Law Enforcement, which is the women and men Prometheus had in mind when this blade was being made. It rides deep with the anodized aluminum handle cutting a slender profile that hides the beastly 154-CM blade well, until it hops to deadly action.

What Makes A Good Automatic Knife

There’s little difference between a quality EDC knife and a good switchblade, but with the extra moving parts, and added dangers, you should be aware of a few facets to an automatic knife.

Is there anything we’ve missed? We’d really like to know what you think about automatic knives and which one you use.

Let us know in the comments below.

8 comments
TheCoolist is supported by our readers. When you buy through links on our site, we may earn a commission. Learn more.