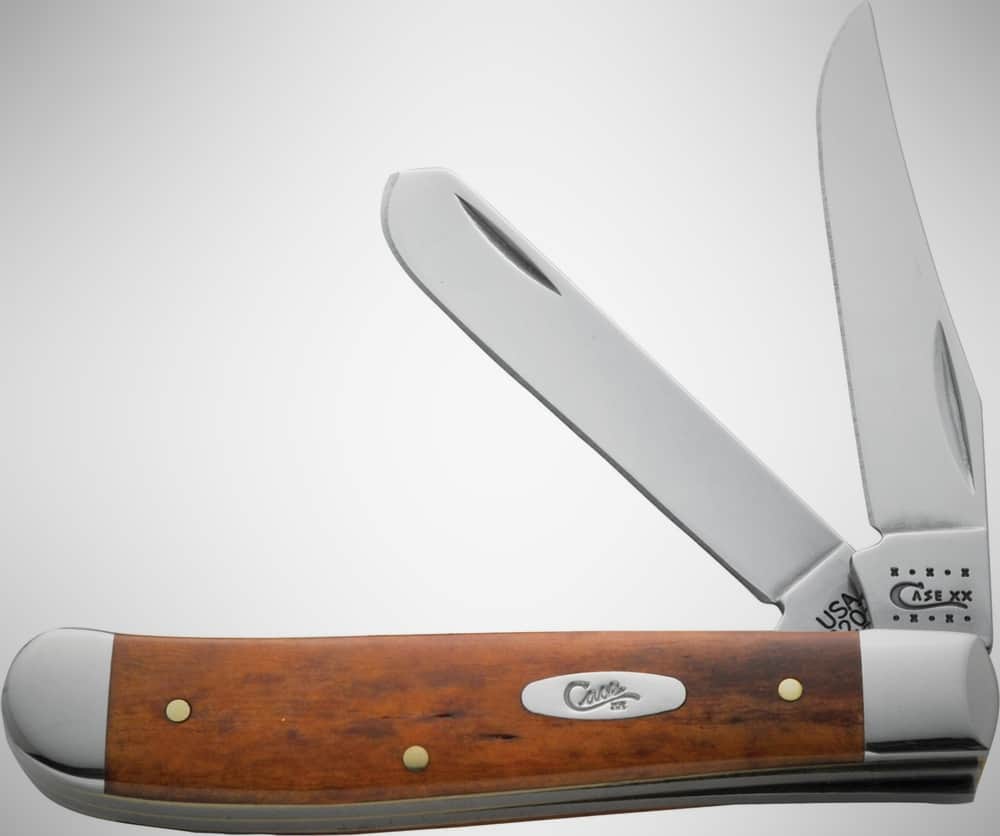 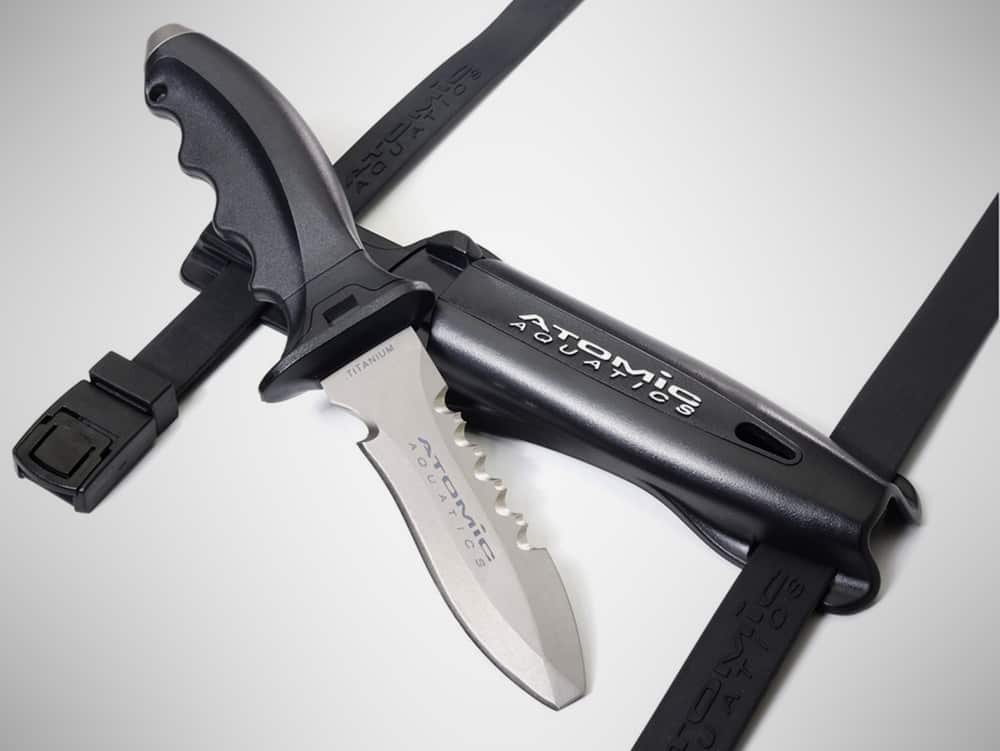 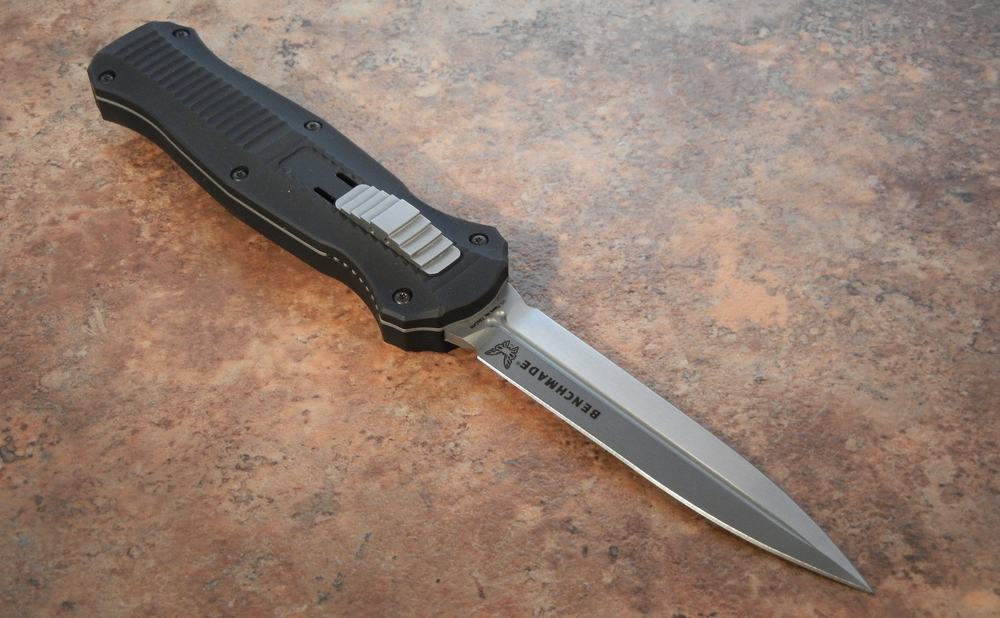 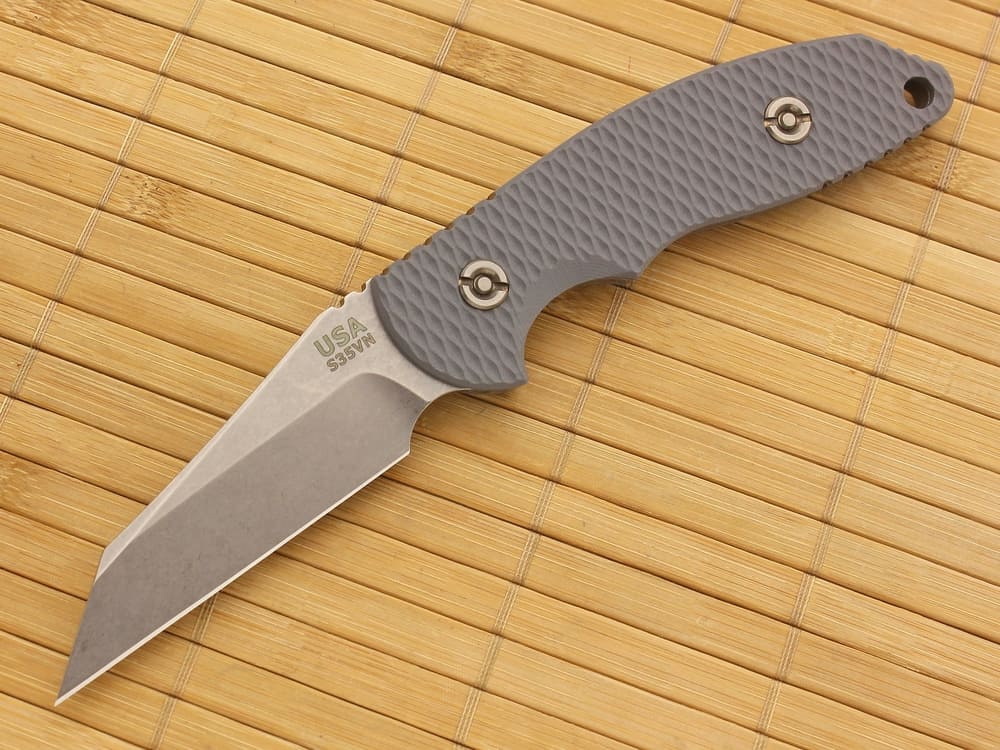 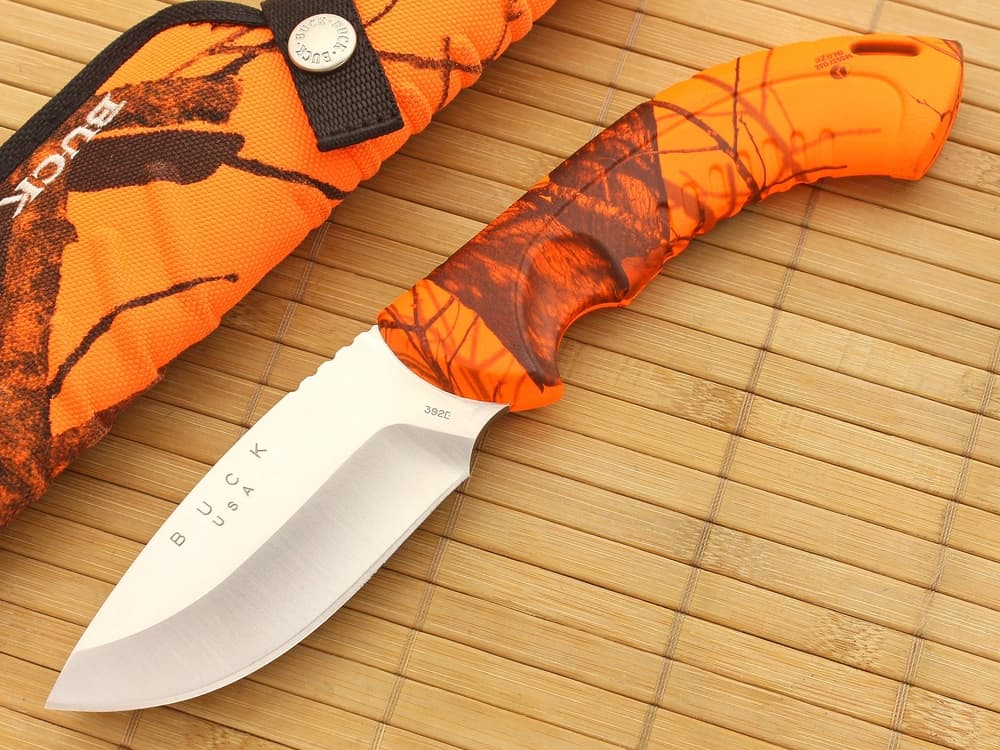 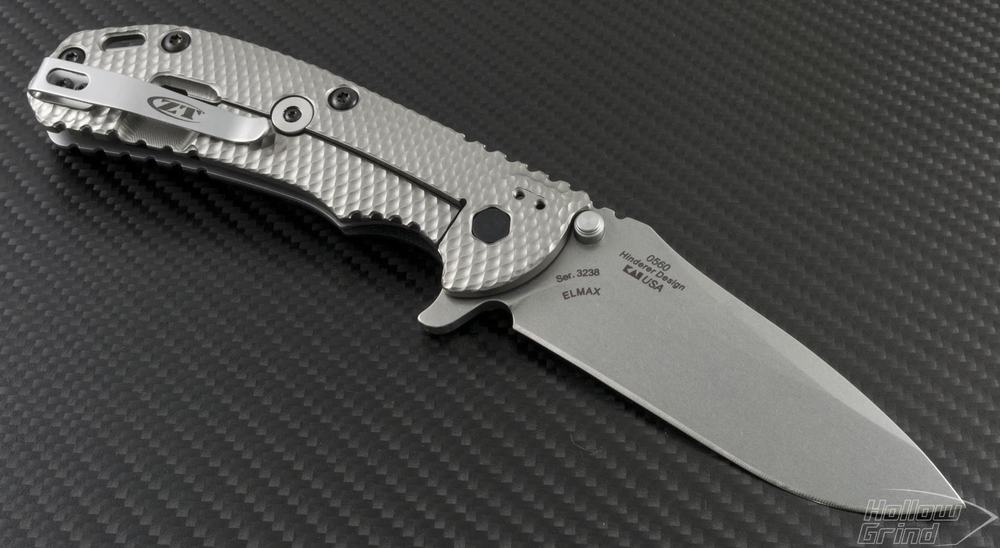 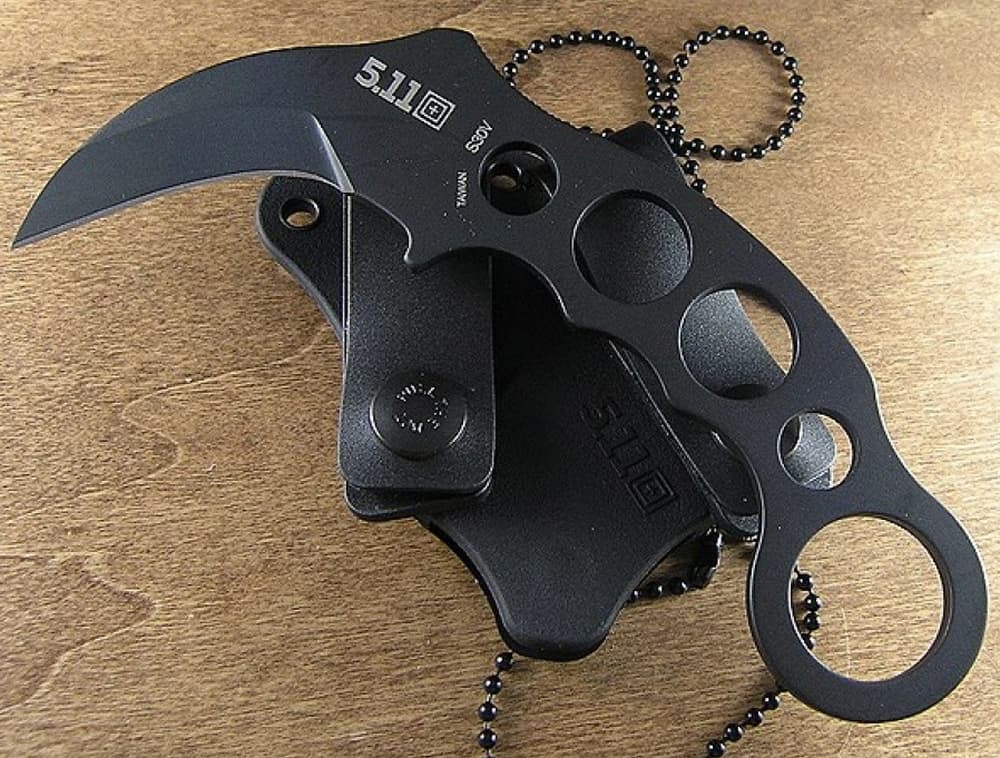 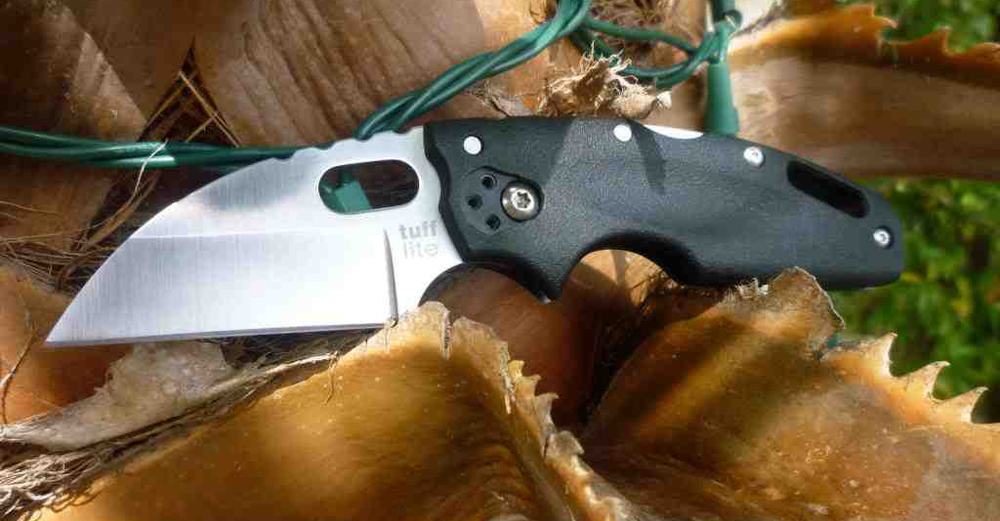 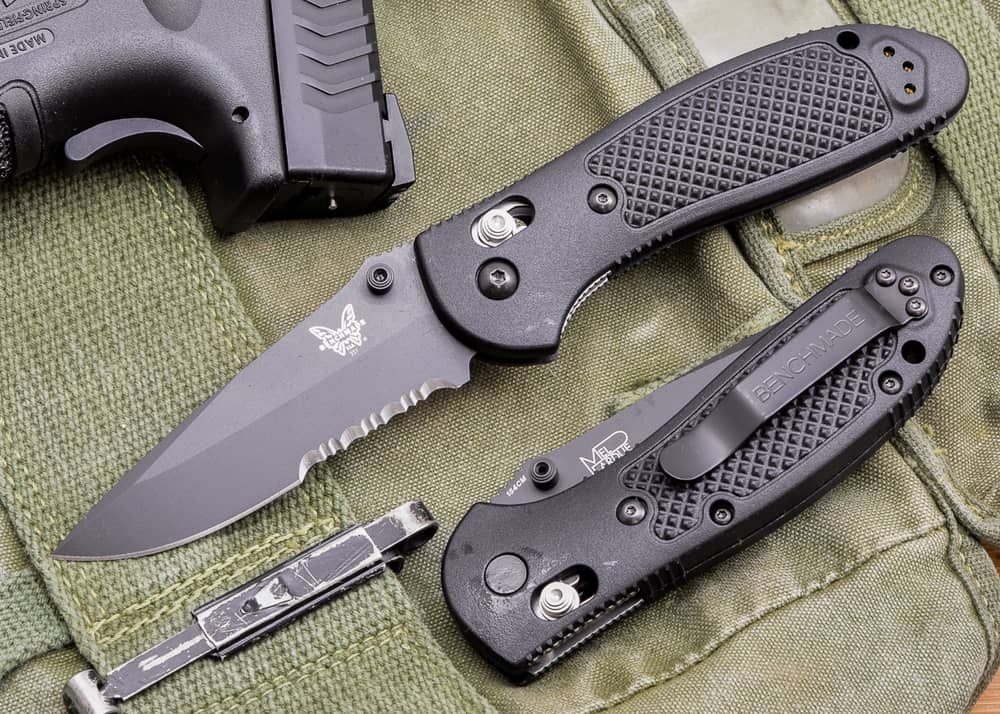 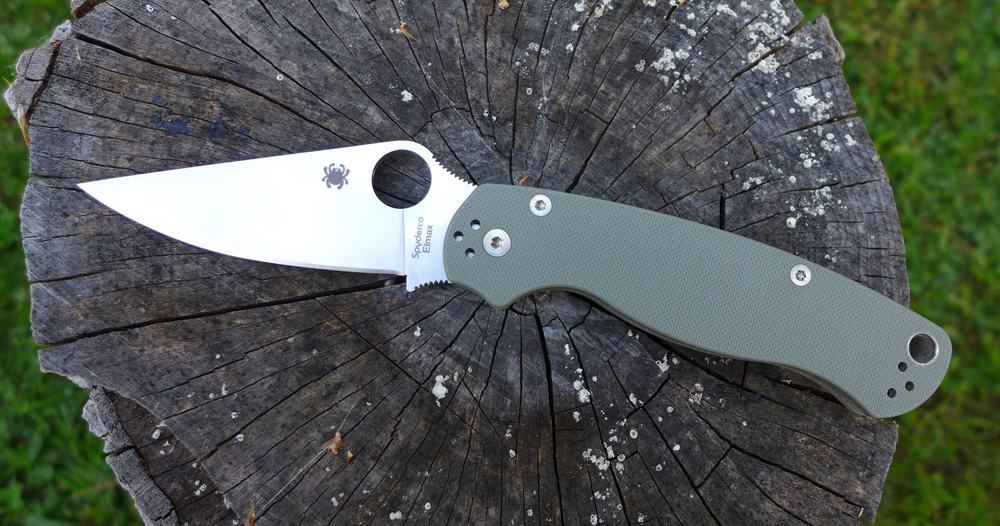 To most of us, all knives tend to do exactly the same basic thing, so we buy whatever looks good and lasts, then we move on with our cutting little lives. Then there’s the blade master, who works behind the scenes, considering this small detail that is actually a huge part of what a blade is, and what makes it special. Those of us who go along grabbing whatever knife looks flashy and seems fun to whip out whenever a box needs to be opened are actually missing a huge portion of what makes our blades amazing, and that’s a travesty.

Understanding the shape of a blade means knowing more about how it’s supposed to be used and helps you choose a blade that is built for whatever your particular brand of hacking and slashing requires. We’ve gathered up all the common knife blade types and gotten the makers behind them to explain precisely what each one does, how it does it, and what you should be buying when searching for an EDC blade or a work knife to make life a little easier and a lot stabbier.

One of the most common knife shapes, the name comes from the arc of the knife’s back, which slides downward instead of going straight out. The entire back of a drop point remains unsharpened for precision work, allowing wielders to lay a finger along it or grip the knife for detailed work. It has a slightly broad tip which prevents breaking but is less adept at piercing. Suggestion: Buck Omni-Hunter ($48)

Extremely similar to a drop point blade, the difference here is that a clip point goes down to a much sharper point and half of the blade’s backside is ground for cutting upwards as well as down. Due to the dual sharpened sides, the point is extremely fine, making it good for stabbing and self-defense, while the big belly of the knife is made for more utilitarian tasks like trimming and slashing. Suggestion: Ka-Bar BK17 Becker (~$300)

Serrated or partially serrated blades usually occur on clip or drop point blades, though they can be found anywhere. Serrations are like the teeth of a saw and are used largely in the same way. You’ll want serrations on an EDC knife if you plan on cutting through rope, paracord, bone or ligament, cartilage, wood, or anything else that calls for a saw over a plain knife blade. Suggestion: Benchmade Griptilian ($120+)

A blade typified by the brand Spyderco, leaf blades are noted by their naturalistic appearance and resemblance to the leaves on a walnut tree. They are similar to a drop point, though the slope of their backside is far more dramatic and comes to an aggressive point, even more attack-oriented than a clip point, meant for protection as much or more than labor. Suggestion: Spyderco ParaMilitary 2 ($126+)

If this is part of your everyday carry loadout, you might want to rethink it. Made to stab and slash, there’s almost no practical application to the fragile dagger blade as it is mean to go through people, not do any useful work. Suggestion: Gerber Mark II ($83)

The swooping style of the trailing blade brings it to an extremely sharp point that is almost totally useless for stabbing because it’s so frail. Instead, trailing blades are usually hunting knives used for skinning and slicing, and almost never for stabbing, sticking, or spearing anything. Mostly because then you’d probably need to replace it. Suggestion: Puma SGB Skinner ($95)

Tanto blades are among the hardest to break and are typically used in place of hatchets for heavy-duty work that necessitates lots of pushing or piercing. Tanto tips are a whole lot of overkill unless you plan on needing to cut through body armor or carve hardwood on a daily basis. Suggestion: Zero Tolerance Emerson

A pen knife is not just the name of a small knife, but of a knife intended on maintaining quills and other archaic writing implements. Most Swiss Army or multi-tool knives have this shape, which is ideal for most basic tasks, such as opening letters, boxes, or getting gunk out from underneath your nails. Suggestion: Victorinox Executive

Specifically a field dressing knife, these are obviously and gruesomely named to explain exactly what they do. If you plan to open up an abdomen, a gut hook is a good idea. If not, then it’s a needless hassle. Suggestion: Gerber Moment Field Dress Kit ($34)

A rescue worker’s knife shape, the sheepsfoot were made for trimming hooves and as such are built with a back and end that are wholly blunted. Easy to use in close quarters, hard to hurt yourself or anyone else with, and thick for handling hard work, this is among the safest knives you could pack and good for EDC as well as true emergencies. Suggestion: Cold Steel Tuff Lite ($28)

Marginally different than the sheepsfoot only in the Wharncliffe has a less dramatic drop at the point with a more gradual slope beginning about halfway down the blade’s length. Suggestion: Hinderer Knives FXM

The “normal” knife type these are the most sturdy since they have the fewest curves and swoops, provide a large cutting surface, and can handle chopping and any other ordinary duties. Kitchen knives often use this style since it’s the least breakable and most reliable for a lifetime of use. Suggestion: Helle GT ($154)

Usually sharpened on both sides with the point of the blade landing in the precise center of the knife, spear points are exceptional for piercing and slashing, but aren’t really useful for anything outside of combat. Suggestion: Benchmade Infidel ($480)

Like a spear point that has had the end clipped, blunt tips are speciality knives typically used by boaters and anyone who needs a cutting surface that minimizes accidents for use in places – like the open water – where a mistake is deadly. Suggestion: Atomic Titanium Scuba Diving Knife

An odd drop-point sheepsfoot crossover, the spey point was devised for spaying animals which is why it is so precise. The body is also good for skinning, though finding one of these in the modern time is going to be rare. Thankfully we’ve devised less horrifying ways of neutering livestock these days. Though many shepherds will still use their teeth. Suggestion: Case Chestnut Bone Tear Drop Knife ($43)

Cutting cords or stripping wires are the intended use of the hawkbill blade shape. The long back that meshes into the blunted top is the defining feature here. Odds are you’ll never need this, and if you do, you’ll know it. Suggestion: Boker Plus Hawkbill Brown Bone Knife ($16)

An extreme example of the Hawkbill, the talon shape is combat-oriented and built to leave an enemies entrails in a heap on the ground or to open up arteries in legs, arms, and neck. They’re also tough to use, so know what you’re doing before you get into a back-alley knife battle in an underground fighting circuit in Thailand. Suggestion: 5.11 Tactical Tarani Karambit ($80)

A harpoon is basically a drop-point blade that has a raised ridge on the backside giving it a look like a whaling harpoon. It does more damage in combat, and gives added real estate on the back side for additional leverage when cutting downward. Suggestion: Zero Tolerance BlackWash Hinderer ($140)