The best pocket knife brands won’t let you down in the field. Reputable knife companies have usually been around for a while, manufacturing quality edges built for action and hard wear. Not sure where to start looking? We break down the most reliable pocket knives on the market in today’s guide. 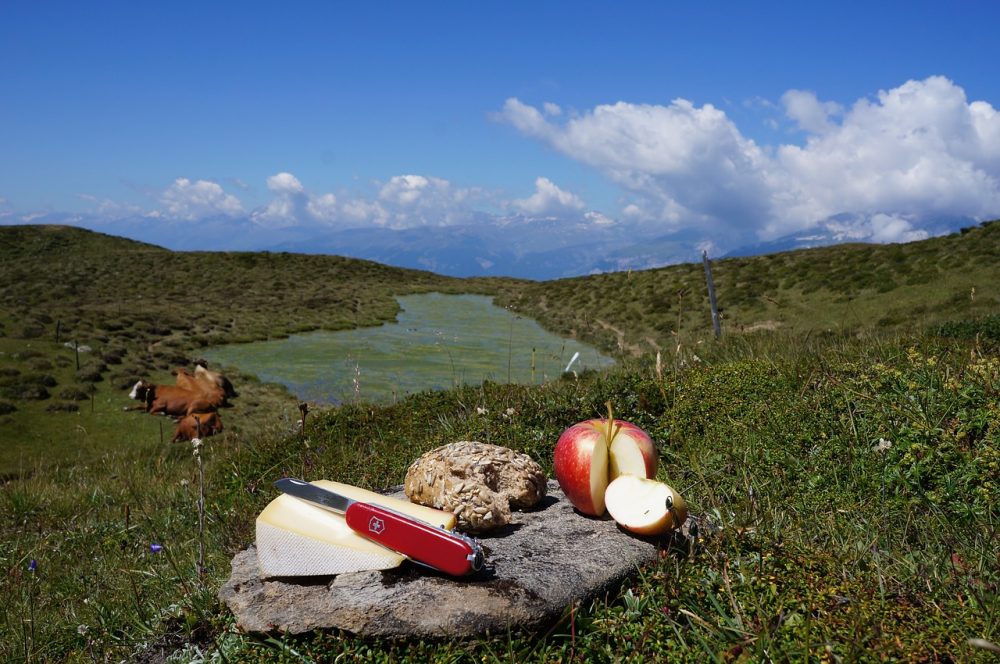 Top 18 Pocket Knife Brands You Can Count On

Most pocket knife companies have hits and misses when it comes to their lineup, which is to be expected. However, the buy-it-for-life ethos has seen a rise in brands basing their business around consistent quality–rather than cutting corners. Below, we review the best pocket knife brands worthy of becoming your EDC knife. 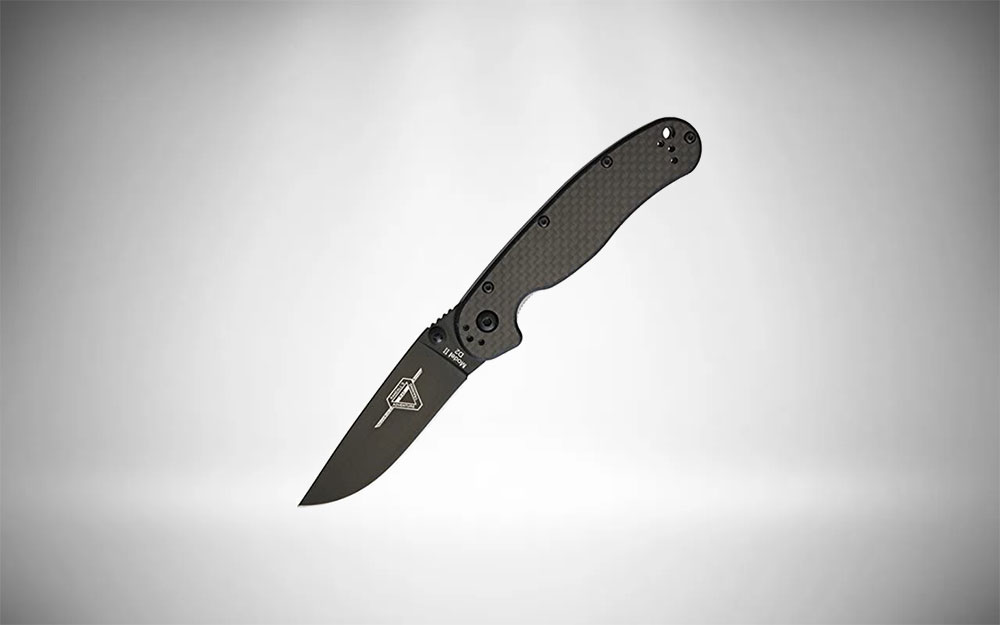 Despite being called the “Ontario Knife Company“, OKC is actually based at the tippy top of New York state. Much of their work has been done making blades for the United States military. So they’re an all-American pocket knife company in everything but name.

Their RAT knife is a common bargain EDC choice, but they have a far deeper bench than that, ranging from tactical knives to kitchen cutlery. 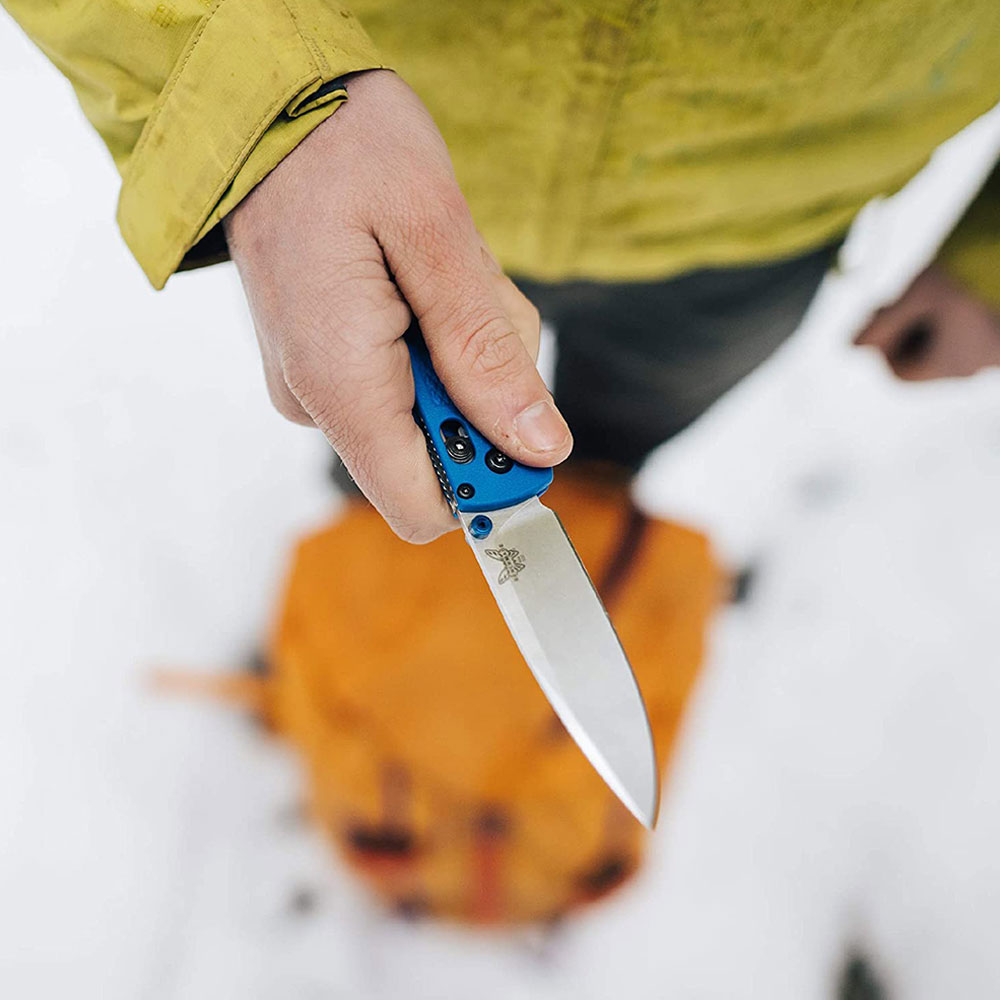 A knife by any other name is just a knife. When it’s a Benchmade, it’s something else entirely.

Benchmade began in the 80’s with a solitary goal: To make the best knives in the world. Since then, they’ve been doing everything in their power to make that a reality. Certainly one of the more expensive makers out there, they aim for lifetime pieces across the board.

So if you can avoid losing it, you only need to buy a Benchmade once. 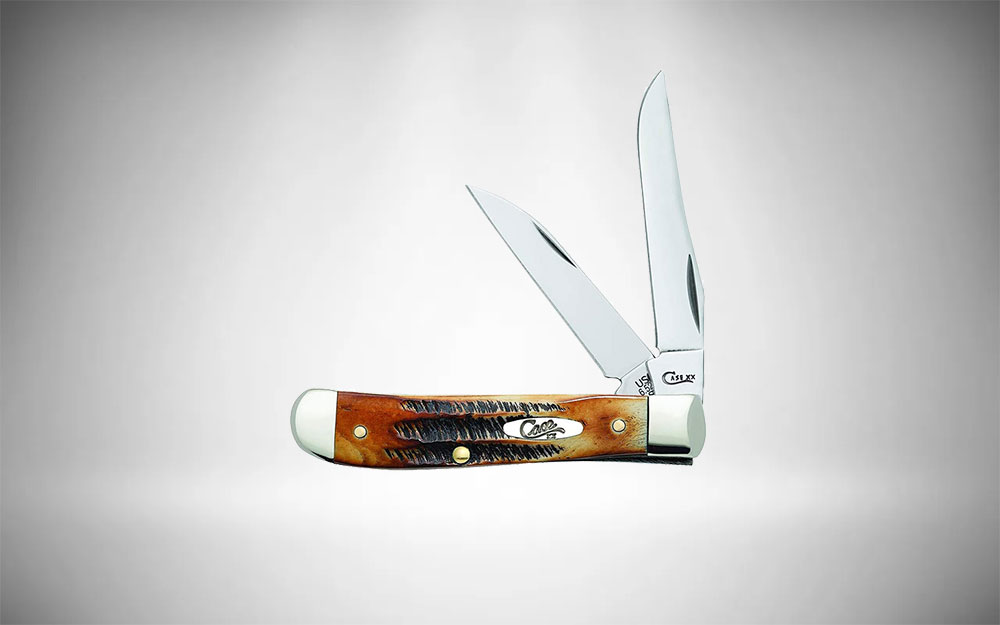 More than a hundred years of experience lies behind each Case knife. They aim for elegance in their bone pocket knives, which are built for hunting and utility as well as camping.

This well-respected pocket knife brand satisfies both practical and collectable considerations, with numerous attractive models on offer. These blades look good and go the distance.

Jason Brous started Brous Blades in 2010, when he was barely out of his teens. Though young, he proved to be a prodigy in the knife world.

This scrappy young pocket knife brand produces innovative and angular designs. Brous Blades designs are ultra-modern, and help revitalize the tired pocket knife world with some fun, flashy articles that don’t skimp on build quality. Ideal for everything from camping to EDC. 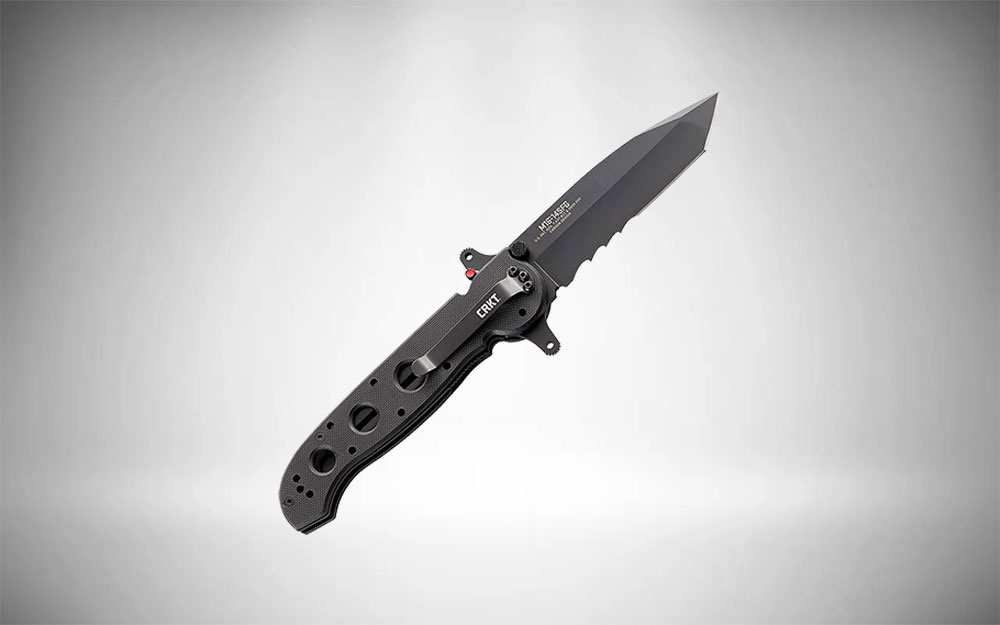 Despite being named “Columbia River Knife & Tool” there’s not many who could recall any tools they make that aren’t knives. That’s not to say they make bad tools (far from it, in fact), it’s just that their blades are so much more impressive.

Days can be spent combing through their catalog looking at all the variety, many designed by master Ken Onion, who’s work walks behind no one.

Begun by a California knife-maker, Emerson had practice making military and police items for rescue and combat before there was a company name to go with it.

These are meant for hard use, hard work, and hard luck in the worst possible conditions. If you’re headed into the heart of the storm, pocket an Emerson. 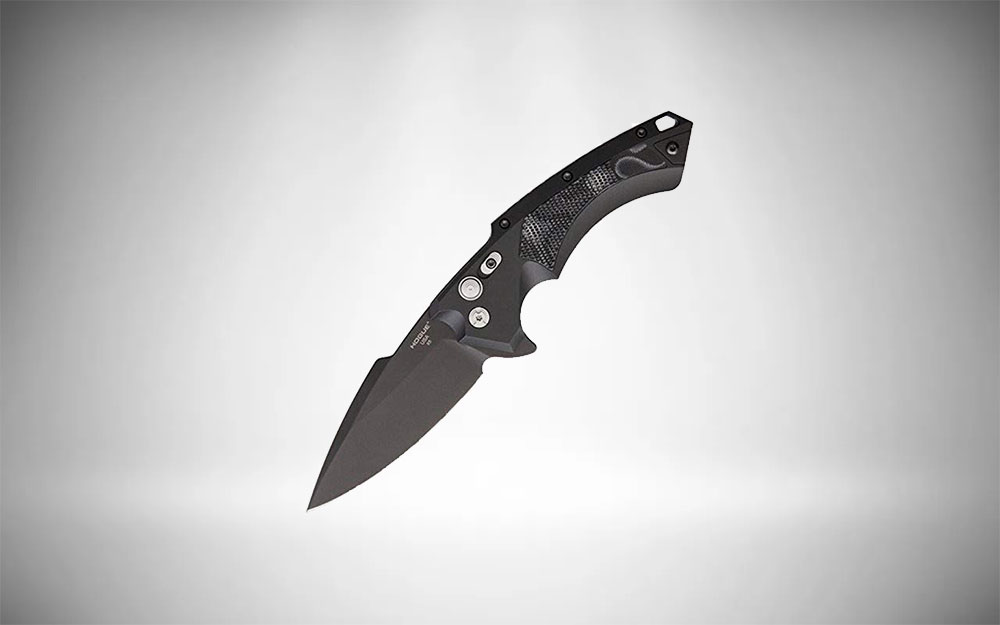 In 1968 Hogue burst onto the firearm scene making grips and stocks for guns. Then, after decades of success, they brought over that engineering prowess to the knife world.

Now, ranged fighters and close-quarters combatants alike can both outfit themselves with all the hard-core Hogue gear a jarhead’s heart could desire. 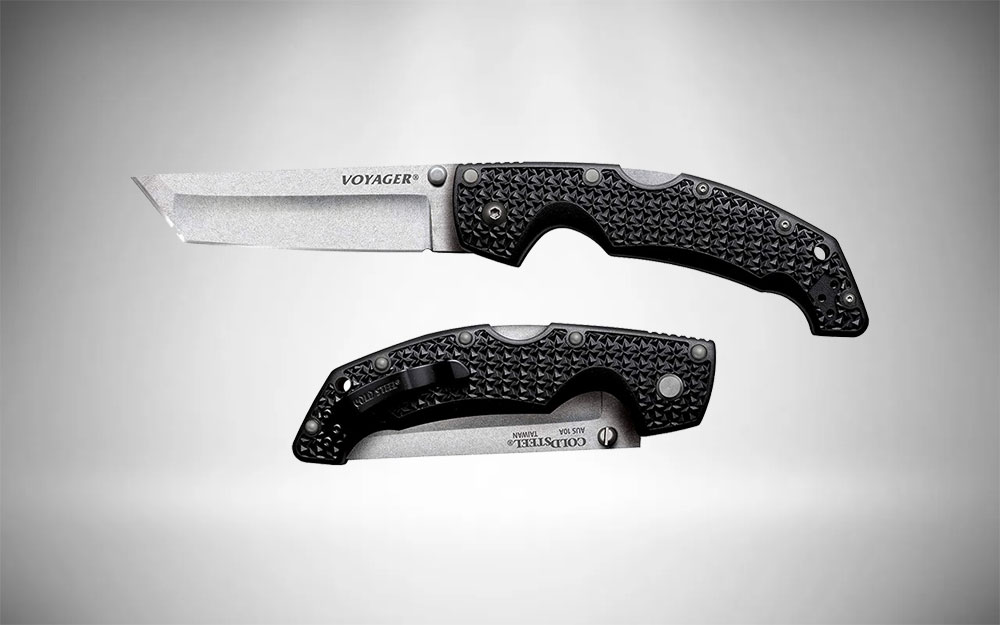 It’s easy to discount Cold Steel as pocket knife company. After all, they bear a pretentious name, have an overbearing website, and then make swords and weird stuff. 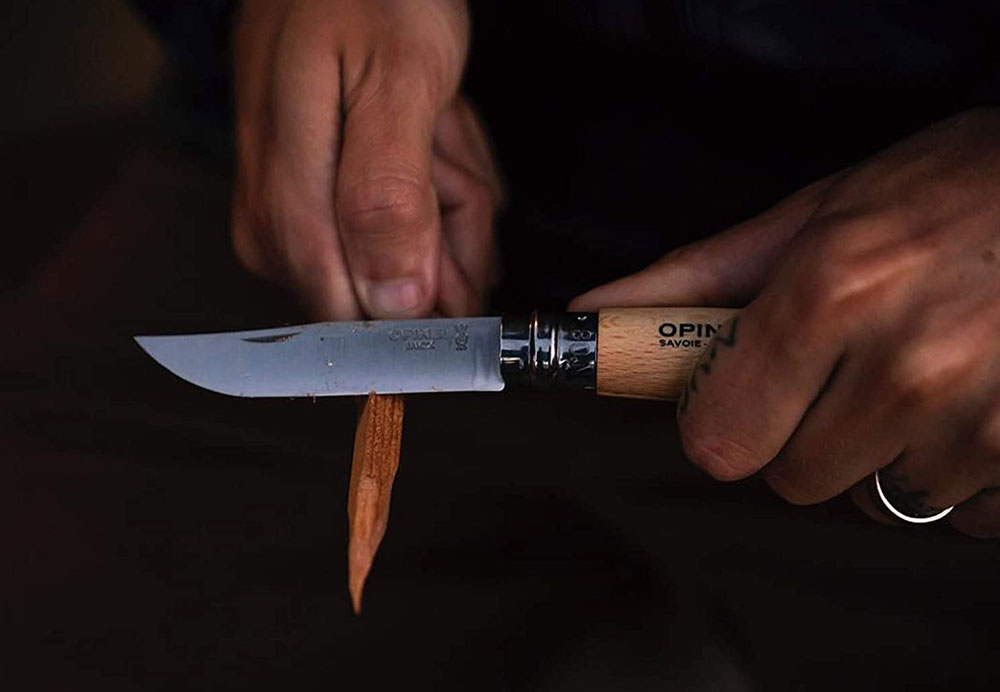 Inexpensive camping knives is the battle cry of Opinel, though they wisely mash a lot of value into their knife line. They employ wooden handles that are soft and kind to the hands during extensive use, and a brilliant collar lock that gives their carbon steel blades a more fixed feel for firmer, more confident cuts.

It would be a mistake to balk at the value proposition of this affordable French pocket knife brand. 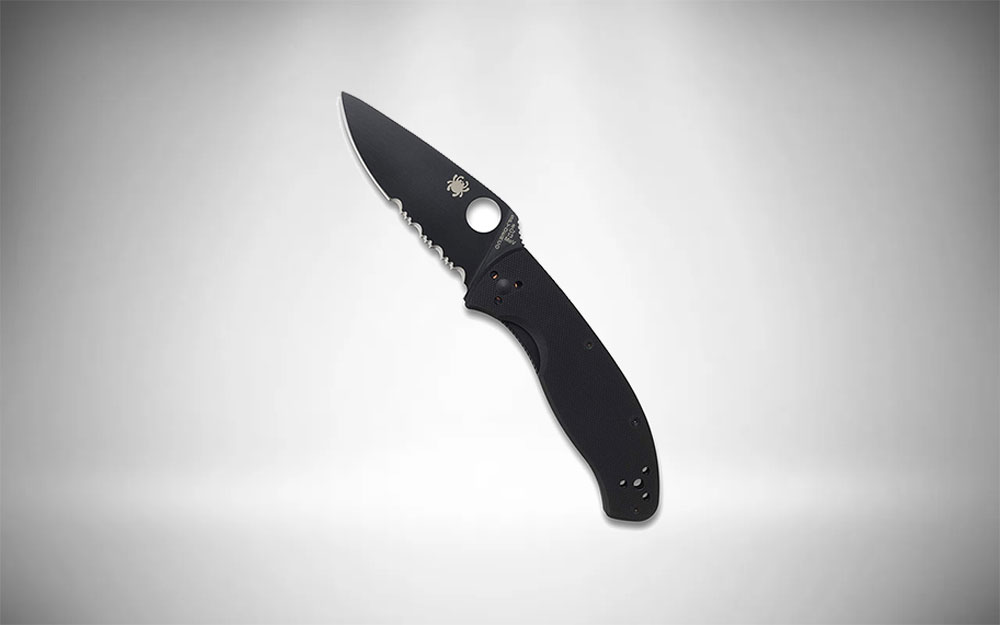 For a long time, SpyderCo was the pocket knife brand to carry if you were expecting a fight. To this day they still use the distinctive hole on each blade that allows you to snap it open with the pad of your thumb.

Incomparably badass, good looking, and fun to use, they’ll have to pry any of SpyderCo’s blades from your cold, dead hand. 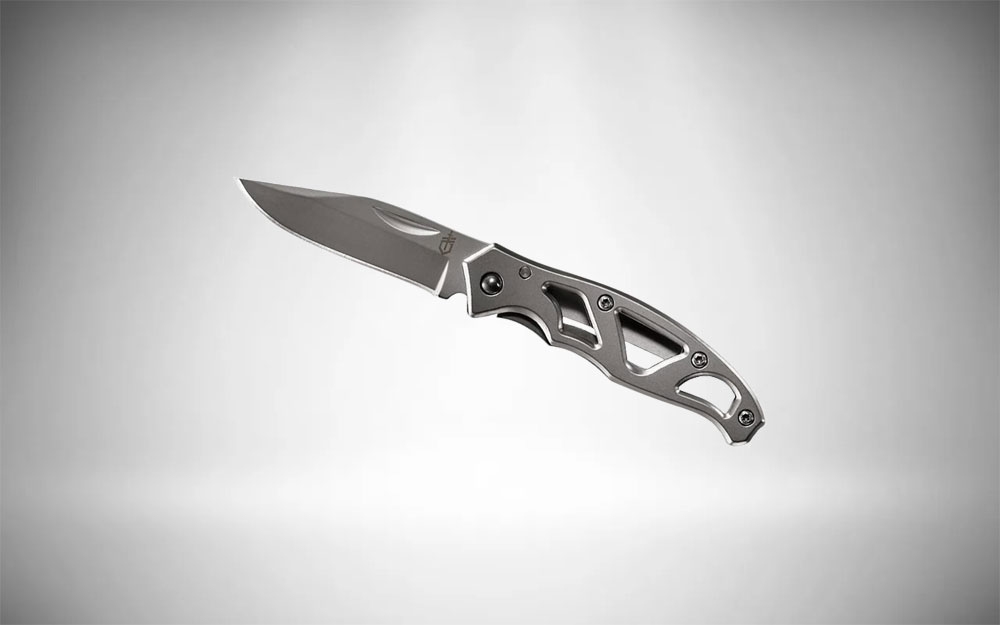 Gerber‘s low cost and subsequent rudimentary materials tempt many to pass them up as one of the best pocket knife brands. The problem is they’re so consistently good, if not always great, that it’s a mistake to ignore them. You won’t find the best in the business here, but you’ll get a budget blade you can afford lose, which is good enough that you won’t want to. SOG isn’t so much a tool maker so much as a knife company that knows the value of being prepared. Their pocket knives are built for action, with outstanding steel, rugged construction, and an edge that isn’t content to lay down arms come hell or high water. An exceptional choice for both recon and rescue that won’t break the bank.

Everyone should have a Buck knife in their collection somewhere. Go for the classic folding knife with its timeless design, or snap up one of the more modern Buck pieces for a new twist by an old favorite. Either way, that “Forever” warranty they have isn’t just for show. There’s a reason Buck is one of the most trusted pocket knife brands. The killer who used to head straight for SpyderCo has found a new friend in the Zero Tolerance pocket knife brand. This is a company which likes to make flipper knives intended for quick deployment, stealth, and ending combat with a few fast slashes. Durable as they are quick, these USA-made knives offer a solid investment. 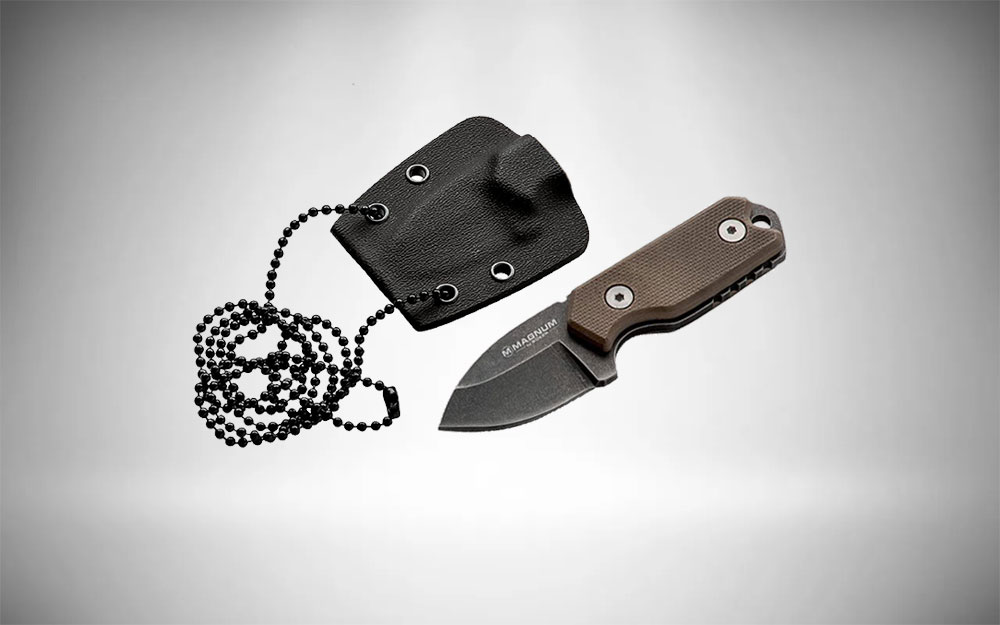 Also known as “The Tree Brand”, Boker is one of a handful of import pocket knife companies that can go toe to toe with American manufacturers. They focus on using the best materials with supreme supervision by masters of the industry. The end result is a lineup that true aficionados must respect.

Zero Tolerance is owned by the KAI Group, which also happens to have Kershaw in their pocket. Easily the broadest range of choices, Kershaw knives are tools, weapons, appliances, and most anything else you could want. 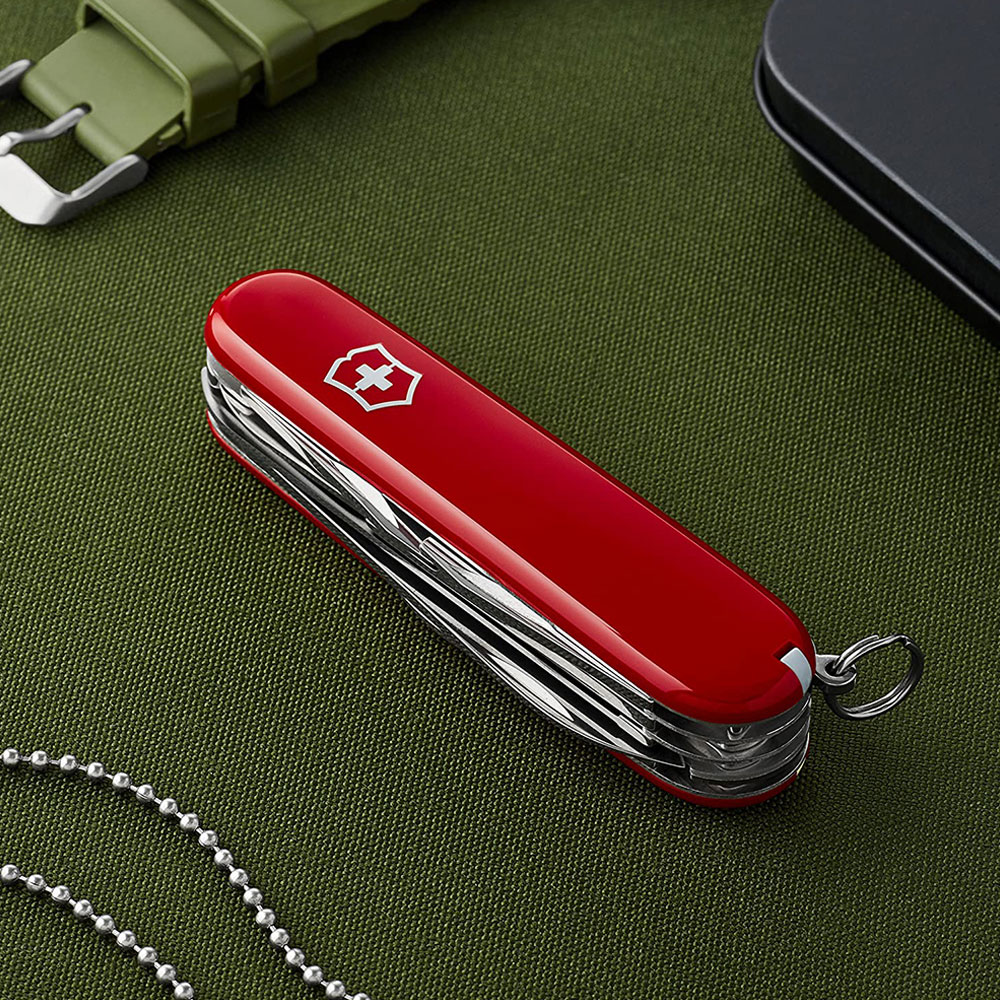 The only true Swiss Army knife maker in the world, without this world-famous pocket knife brand, there would likely be no Leatherman or other multi-tool maker. Supreme engineering from the people who know multi-purpose knives, if you see the company’s trademark Swiss cross, you’re getting something truly special.

Schrade has changed hands several times in its 100+ year history, which has led to some lean times and difficult launches. Currently though, they’re putting out exceptional quality, though who knows how long that shall last. Their hits are amazing, but when they miss, it’s horrifying. Hopefully the recent trend will allow Schrade to do what it does best for a long time to come.

How to Pick the Best Pocket Knife Companies

It’s easy to just say “buy American” and call it a day when it comes to EDC gear. But the fact is, there are outstanding pocket knife brands from across the world–and they’re not all super expensive. Here’s some tips on how to pick the right brand and model for your needs:

The least tangible factor in finding the best pocket knife company is also one of the most important. Has the brand been around for many years or even decades? They probably have identified their market niche, and produce knives which consistently satisfy buyers at their price point.

Beware older companies which have been bought and sold many times over. In many cases, multi-national corps simply cash in on venerable, trusted names without actually backing it up with quality. If you see your grandpa’s favorite knife from back in the day selling at budget prices, that may be an indicator that production has shifted overseas.

The best pocket knife companies will likely offer a broad range of products to fit various use-cases. After all, knives are first and foremost tools, and thus one-size-fits-all isn’t always what you need.

Generally, the branding will match the intended use. Tactical knife companies will favor simple, rugged designs intended for combat, while survival-oriented companies will focus on multi-tools. Others still may spread cast a wide net to include swords, guns, or cutlery. You’re probably best off avoiding big-tent companies in favor of niche brands.

It’s amazing how much mark-up a brand name can carry. Be sure to do due diligence determining whether the build quality, locking mechanism, type of steel, handle materials, and accessories fit the bill of what you’re expected to pay. Oftentimes, affordable pocket knife companies produce knives which are every bit as useful and durable as their more expensive counterparts.

It’s not all too common to see knives backed by satisfaction guarantees these days. But pocket knife companies which do stand by their products with warranties are clearly putting their money where their mouths are. It costs them to promise to repair or replace faulty gear, so they’ll tend to invest in better designs and materials upfront. Whether your knife stands the test of time or craps out, with a warranty you still win either way.

A knife is a knife, right? Wrong. There are many different types of blades, mechanisms, and styles.

Here’s a quick rundown on the most common types of pocket knife blades:

Different style pocket knives may contain any combination of the above blades plus other accessories. Here are just a few of the most popular types:

In order to actually fit into your pocket, most pocket knives fold up to save space. However, extending the blade without some sort of locking mechanism is a great way to slice your own fingers off. Here are three of the most common types of locking mechanisms (there are many more types, however):

At this point, you should have a solid understanding of what pocket knife companies work hard to earn your money. We’ve given you a brief overview of the top 18 brands for a variety of use-cases and budgets, as well as the quick rundown on the most common types of pocket knives.

Which pocket knife brand do you swear by? Has your knife ever saved your bacon in a pinch? Tell us your story in a comment below. 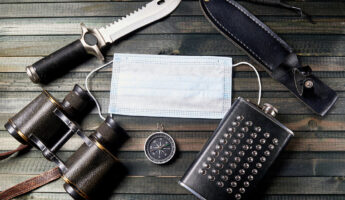 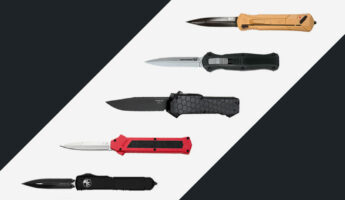 Tools
10 Best Japanese Chef Knives to Give You an Edge

Tools
Essential EDC: The 14 Supreme Fixed Blade Knives
TheCoolist is supported by our readers. When you buy through links on our site, we may earn a commission. Learn more.
Let's connect
What’s Hot
Join TheCoolist
100% free, unsubscribe anytime.