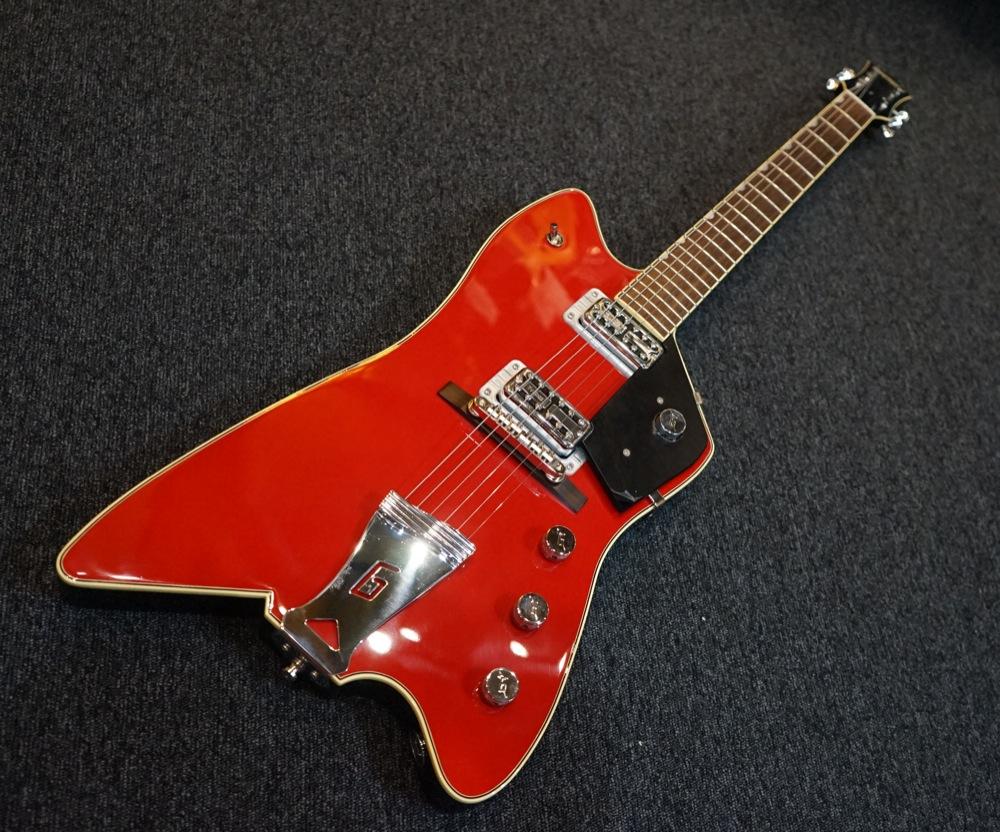 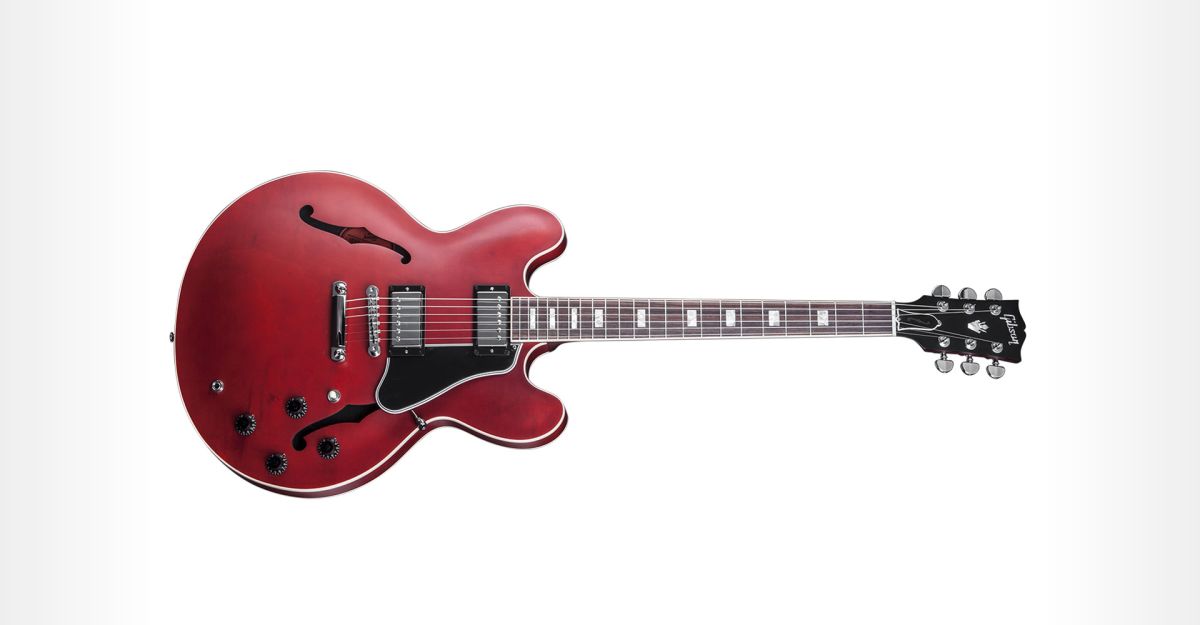 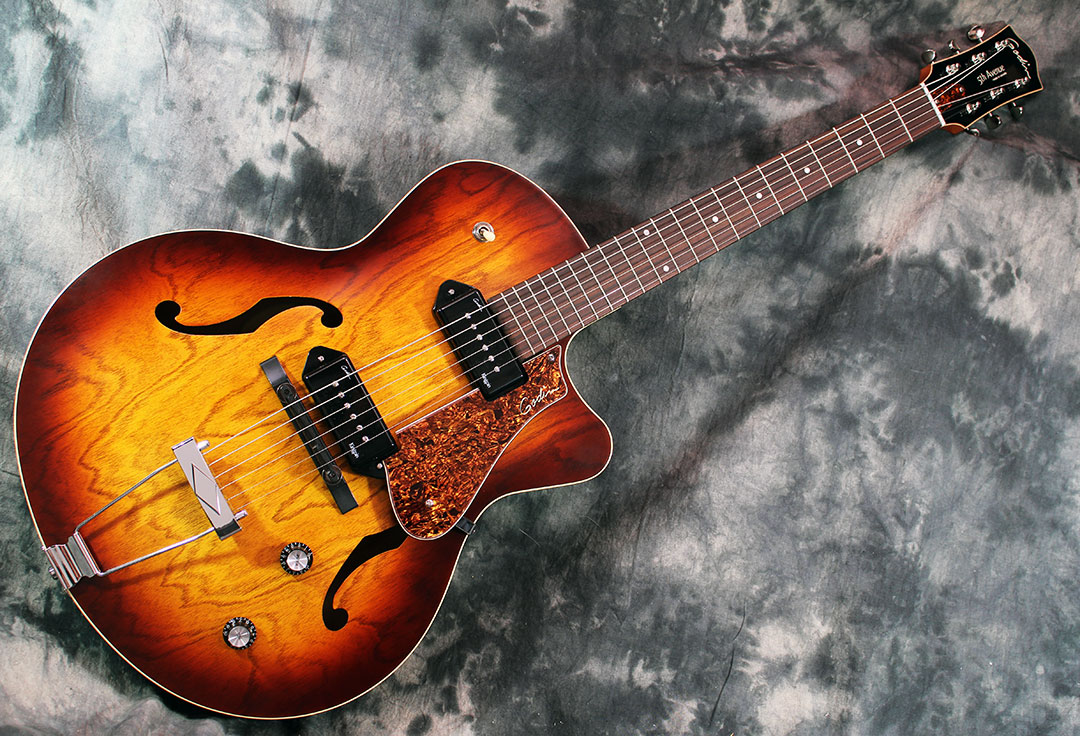 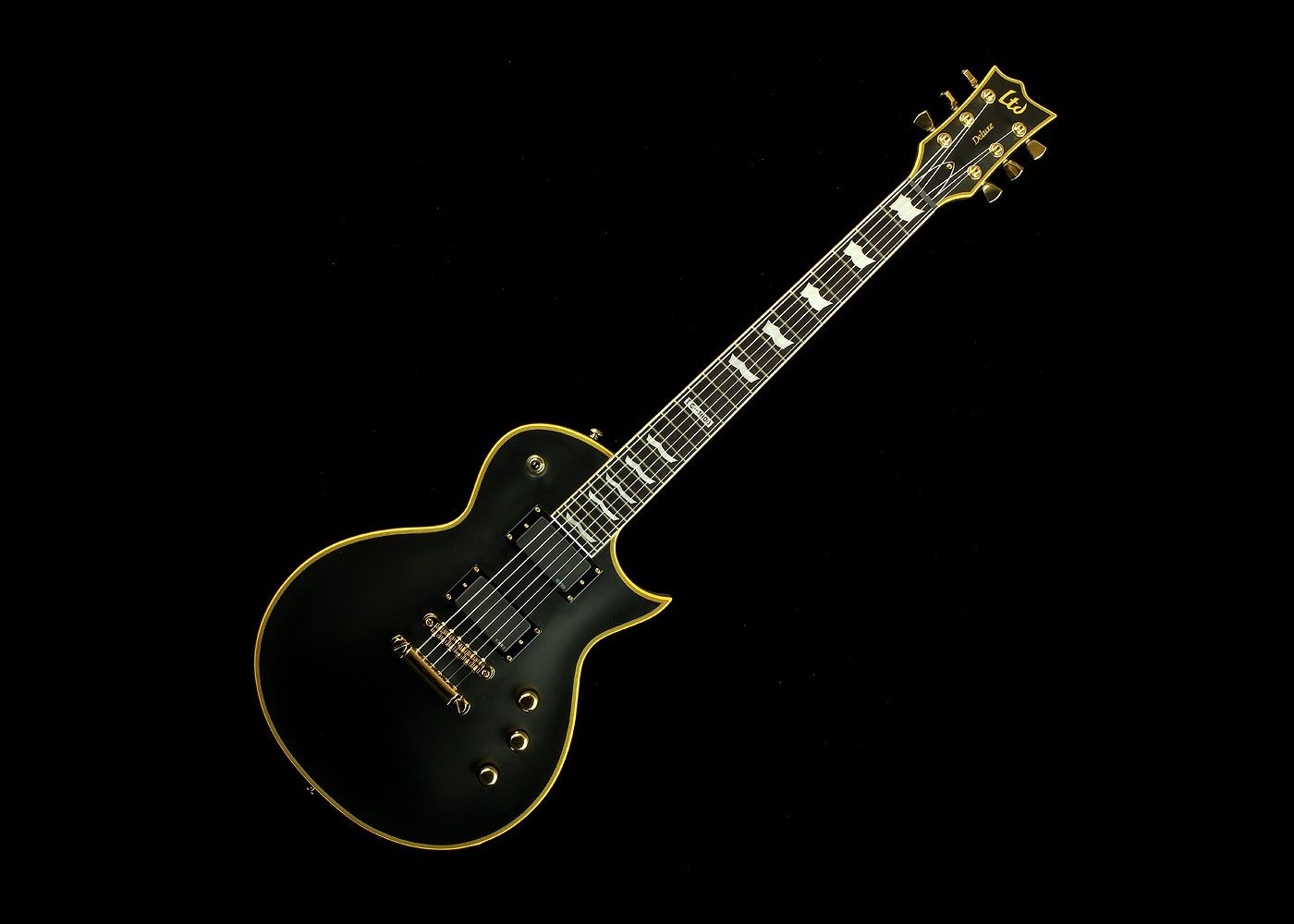 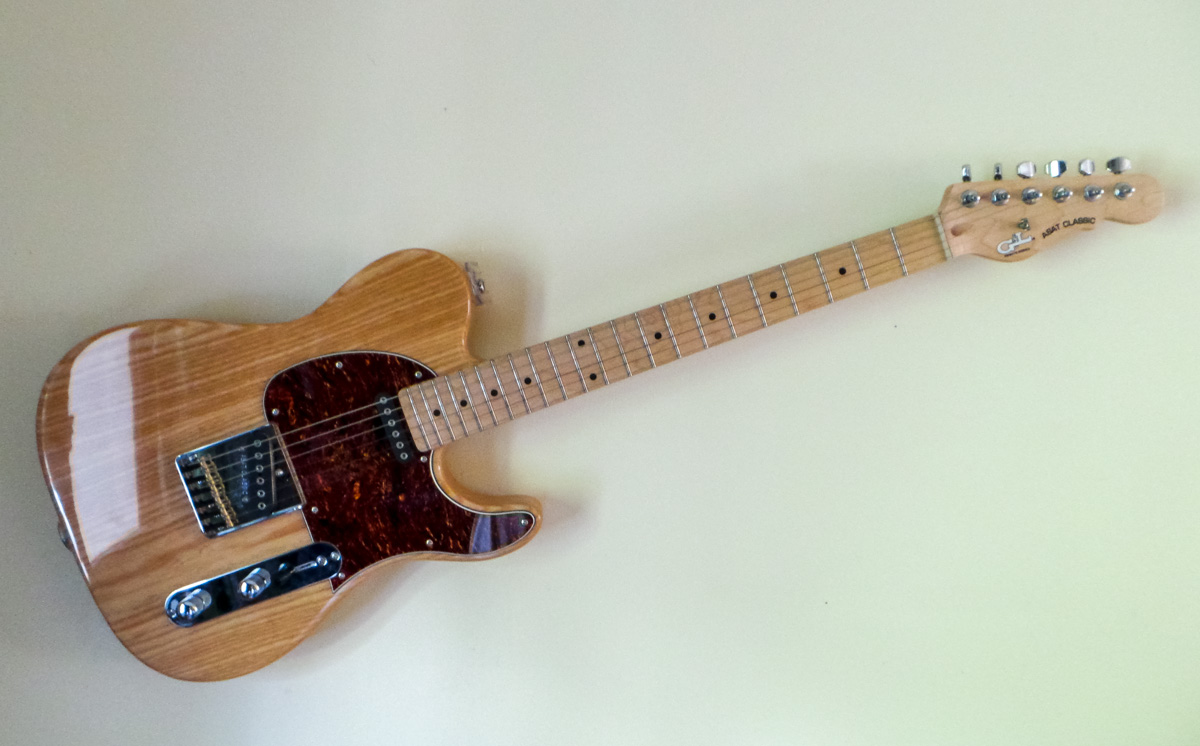 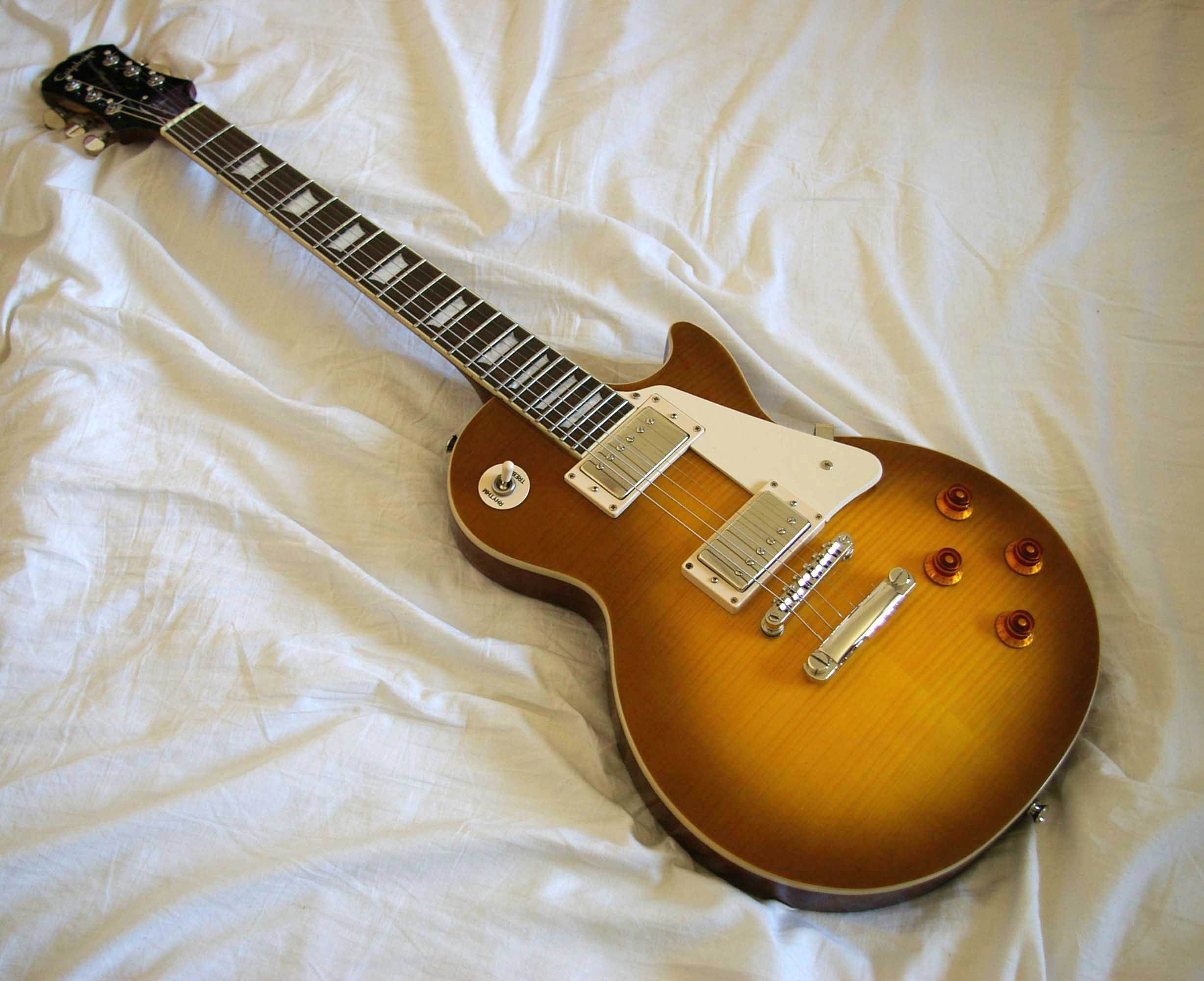 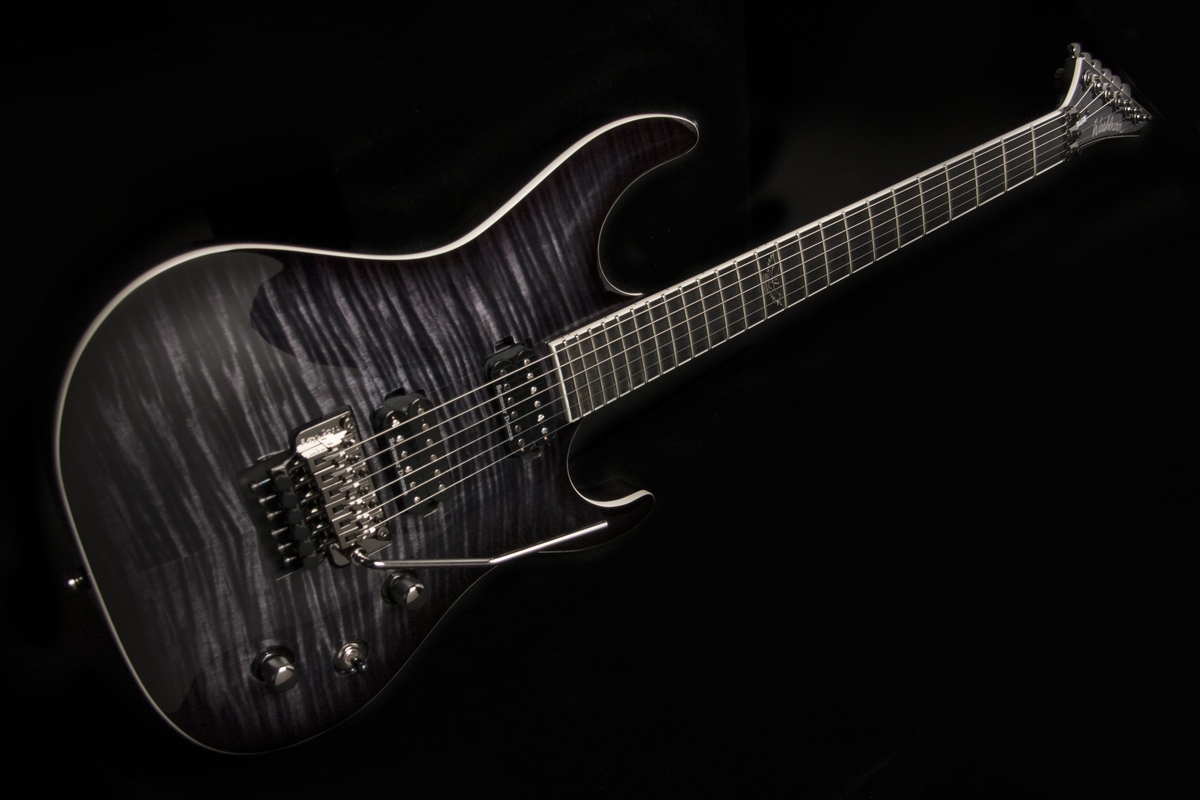 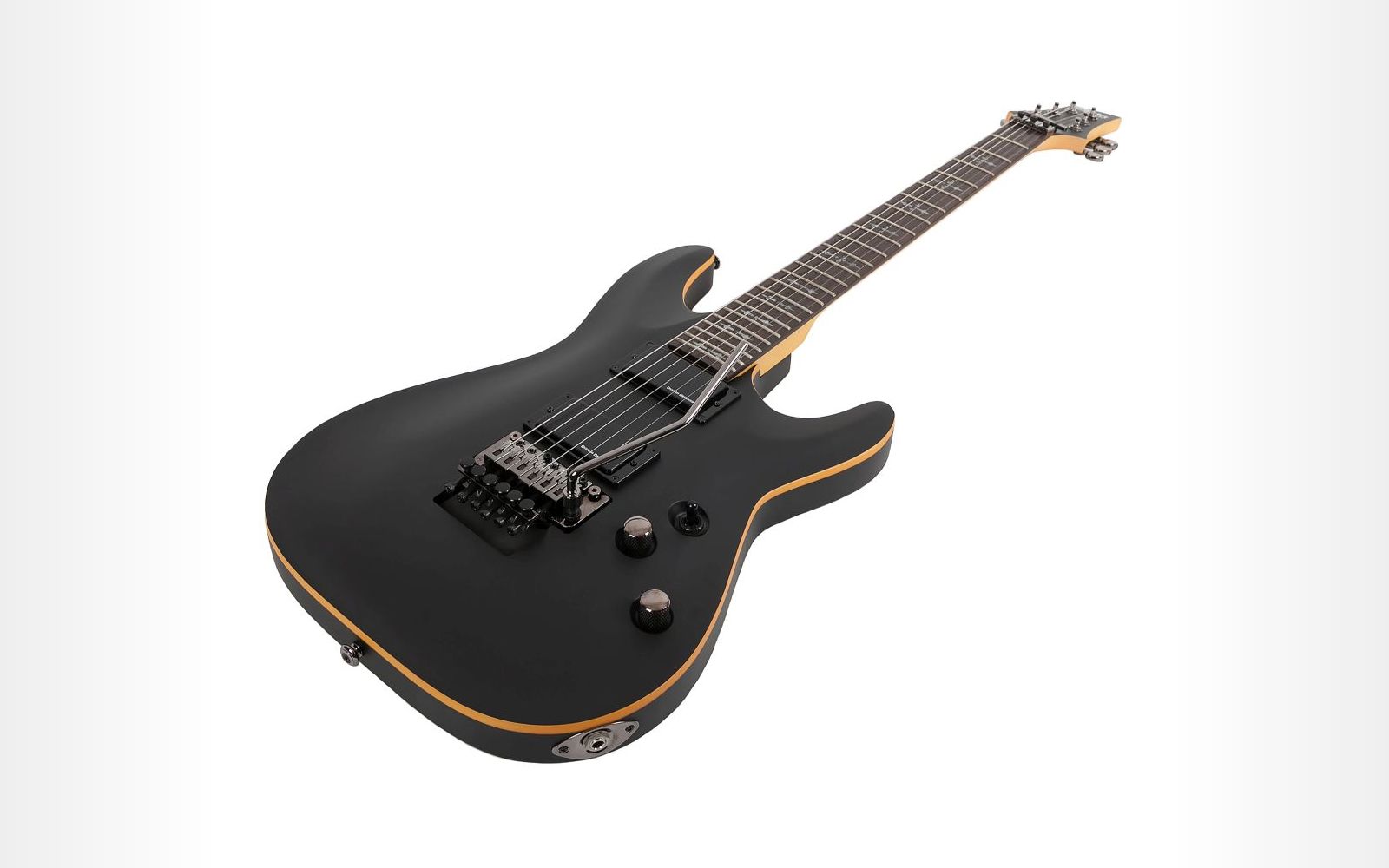 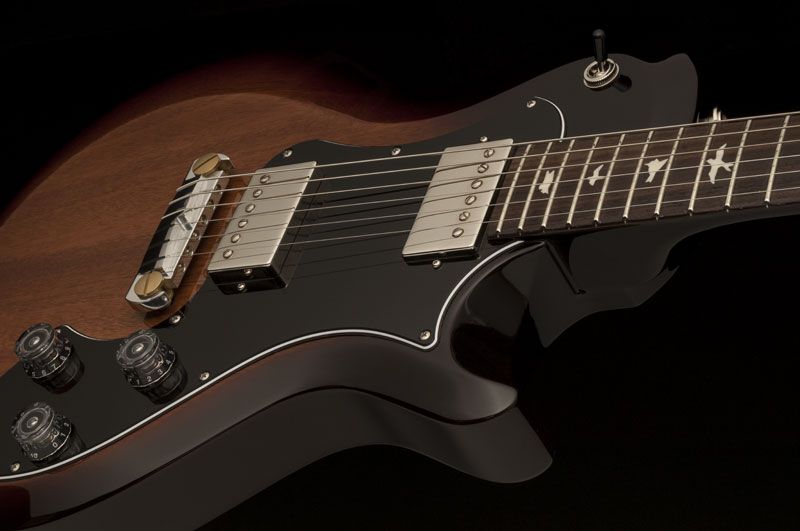 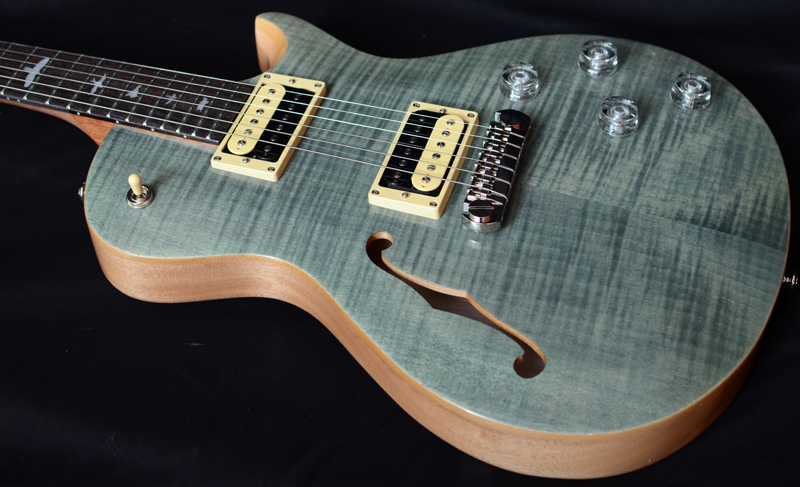 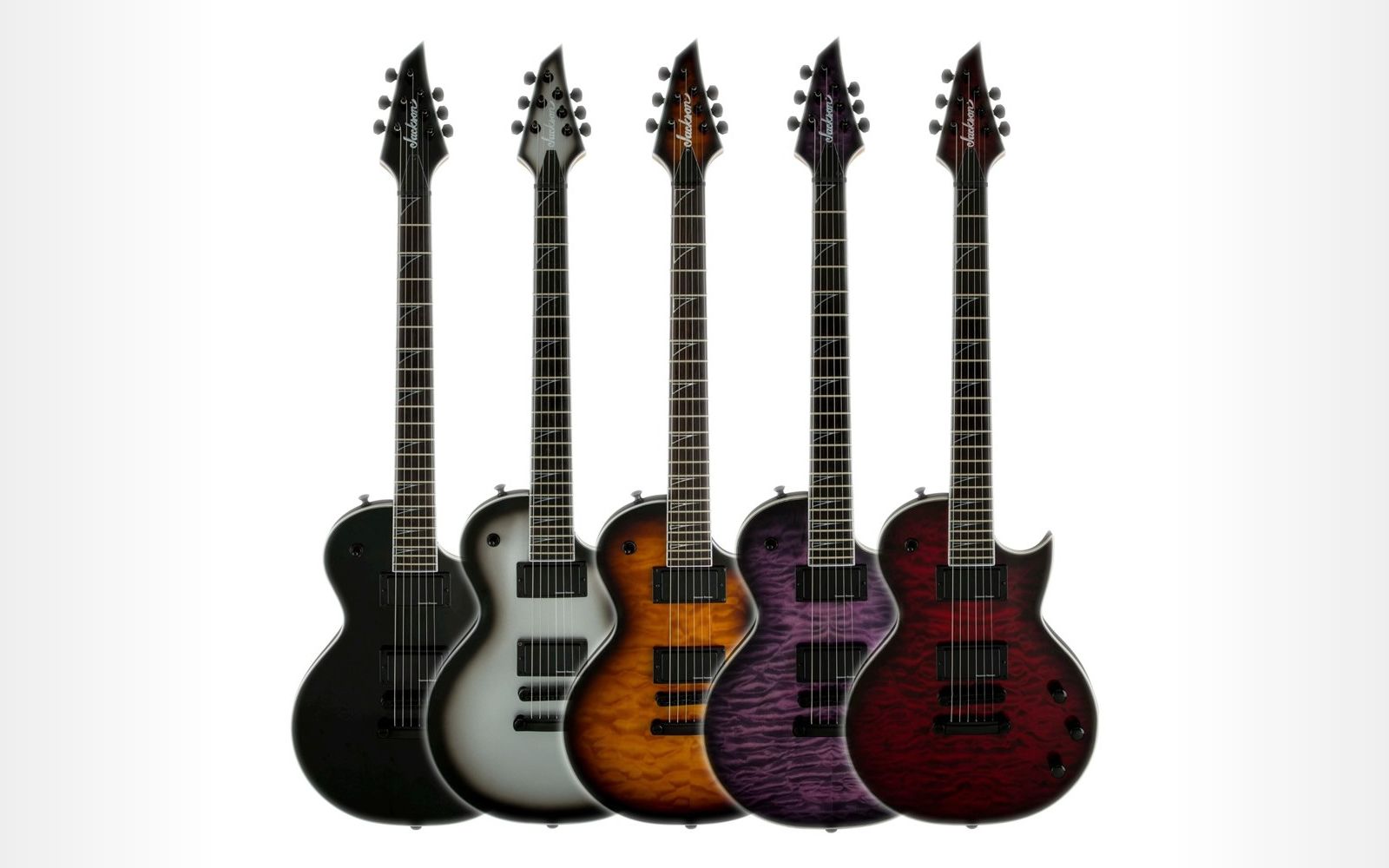 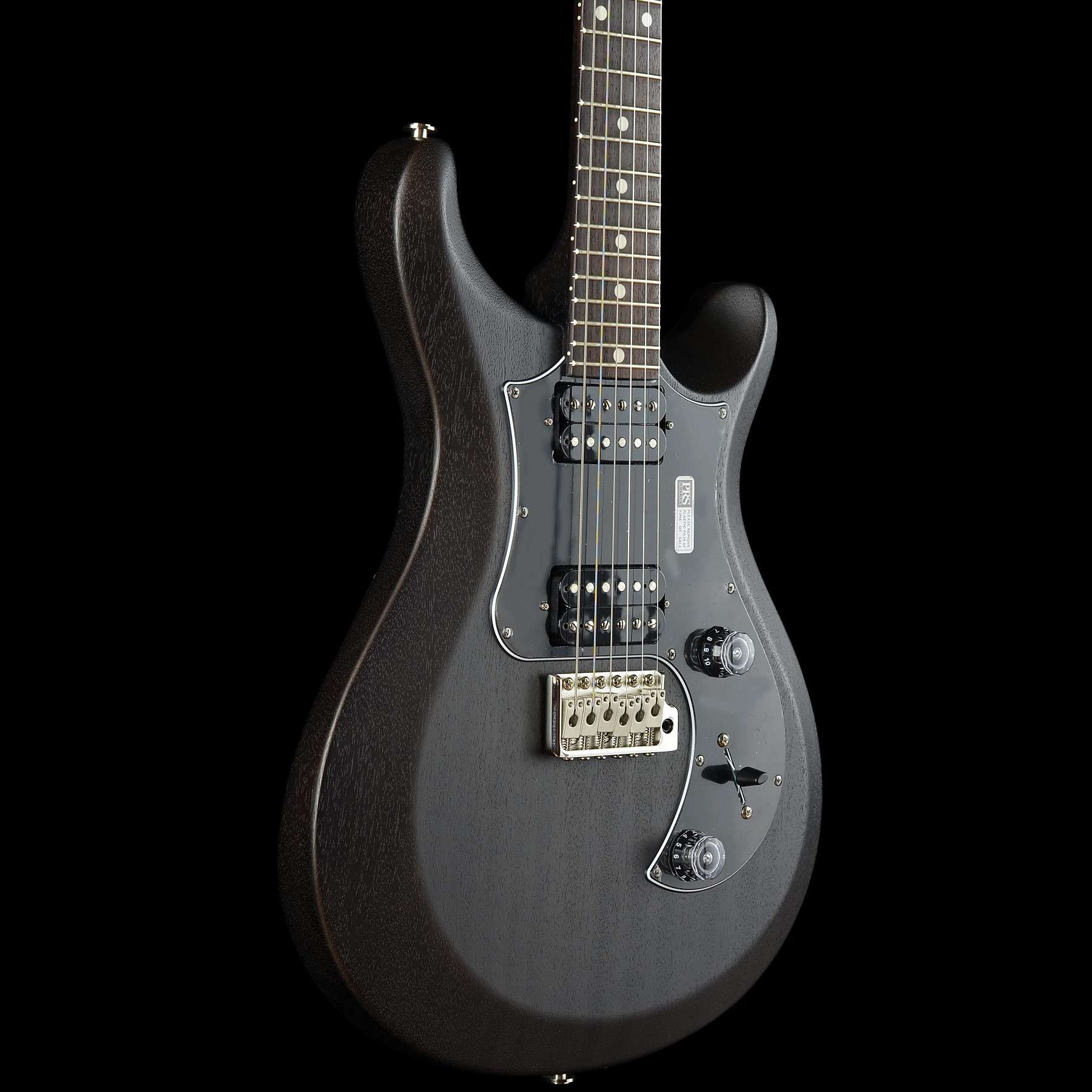 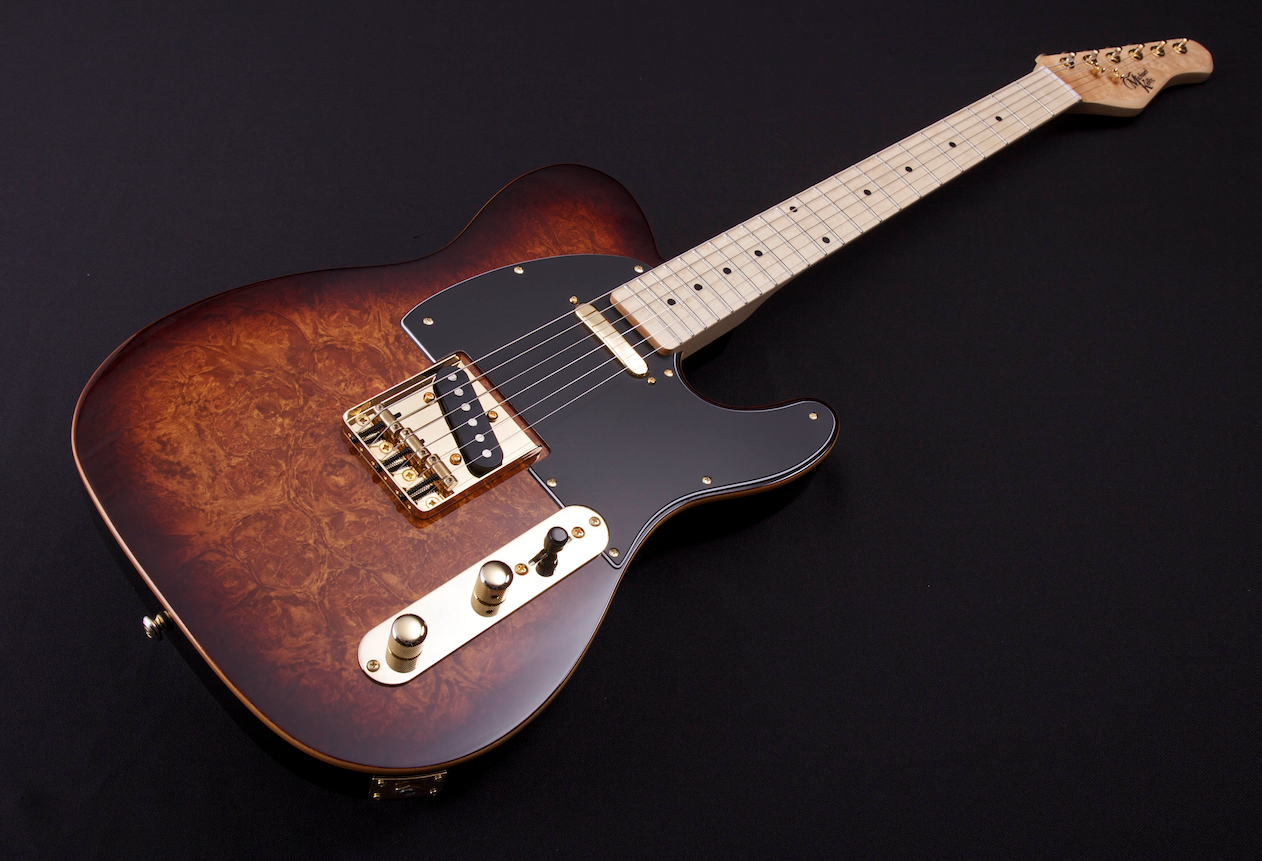 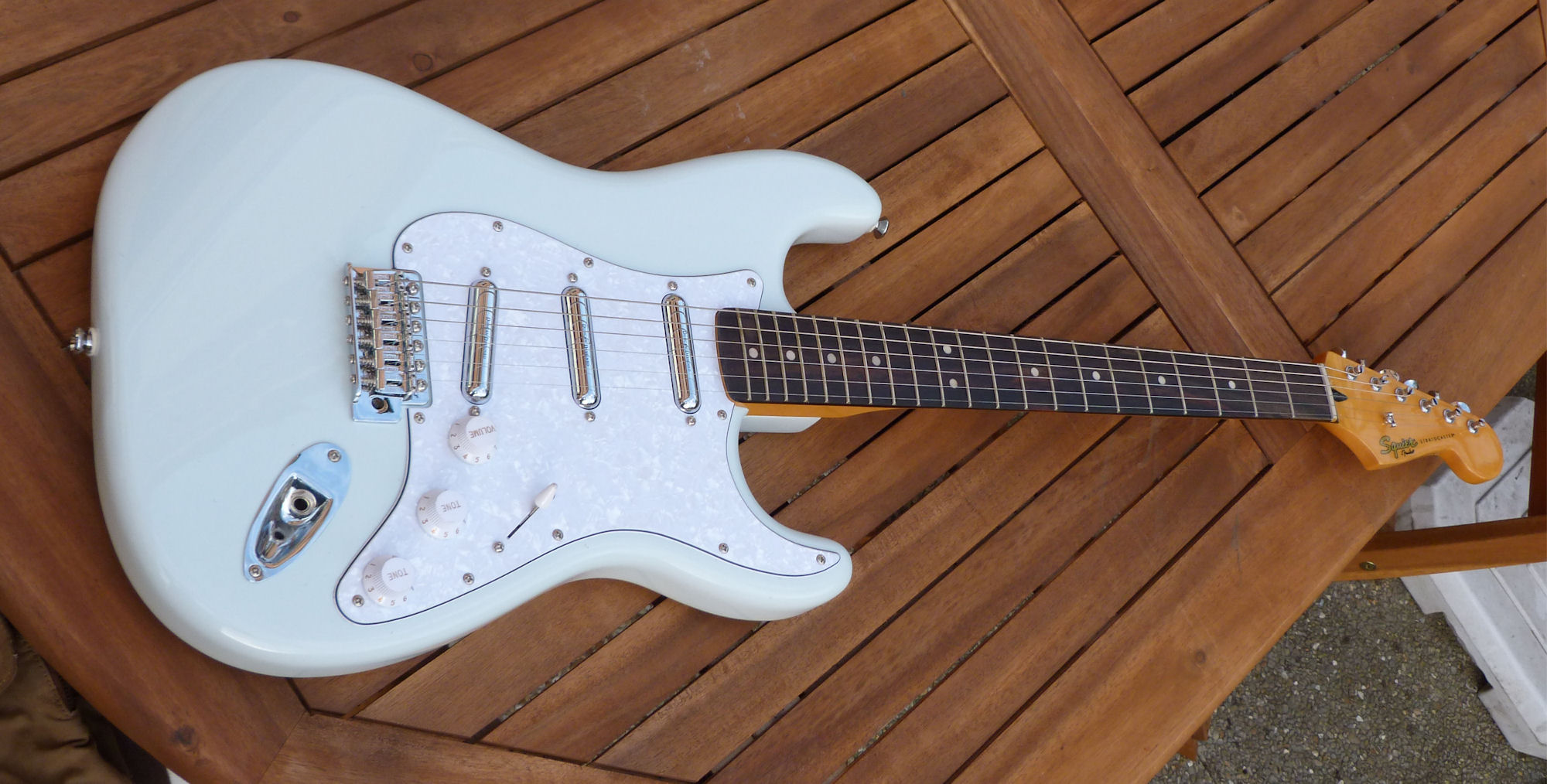 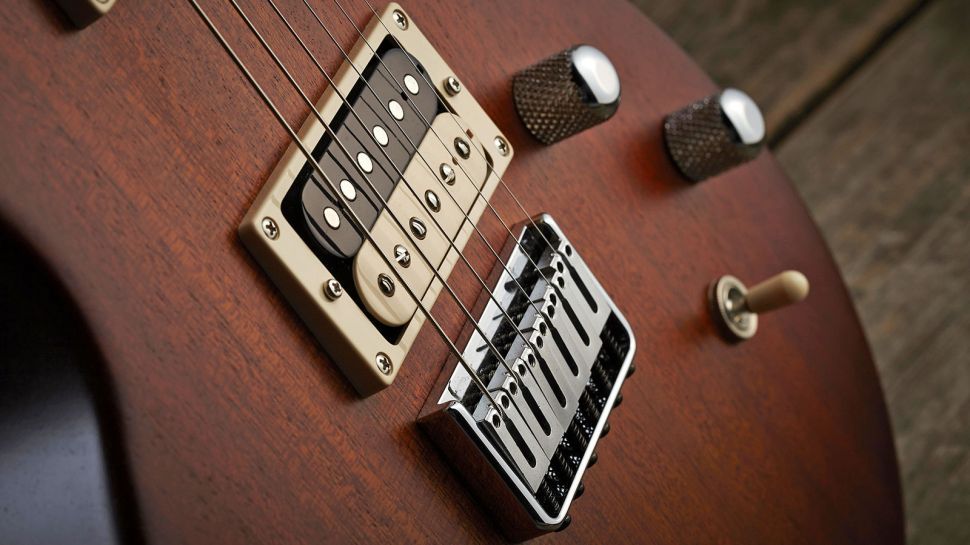 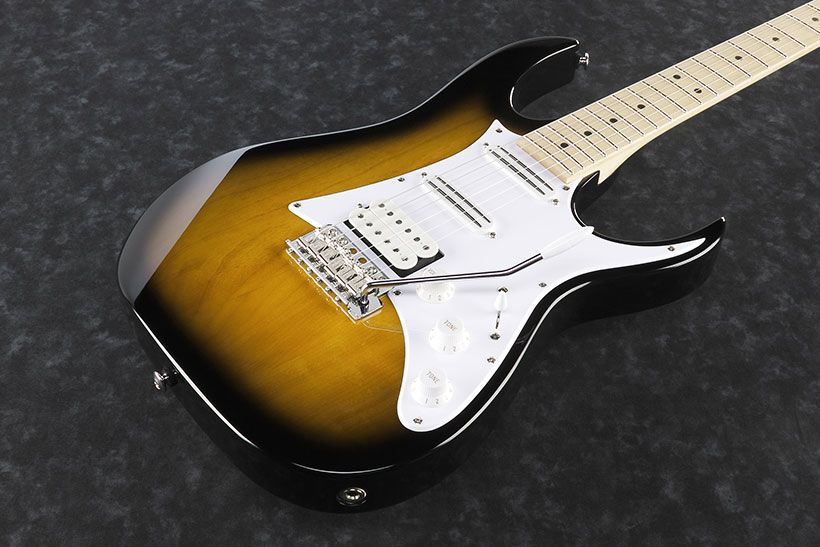 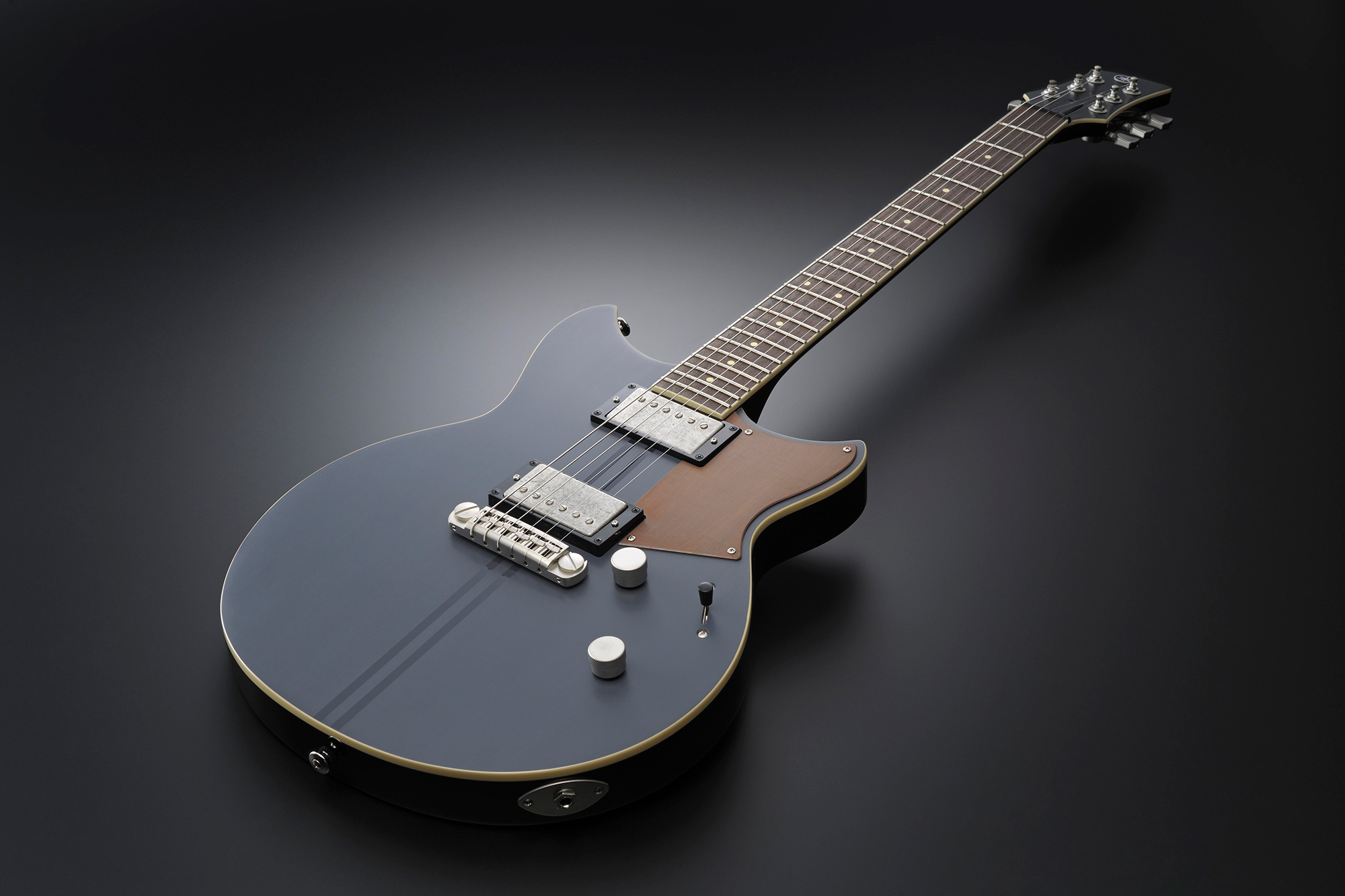 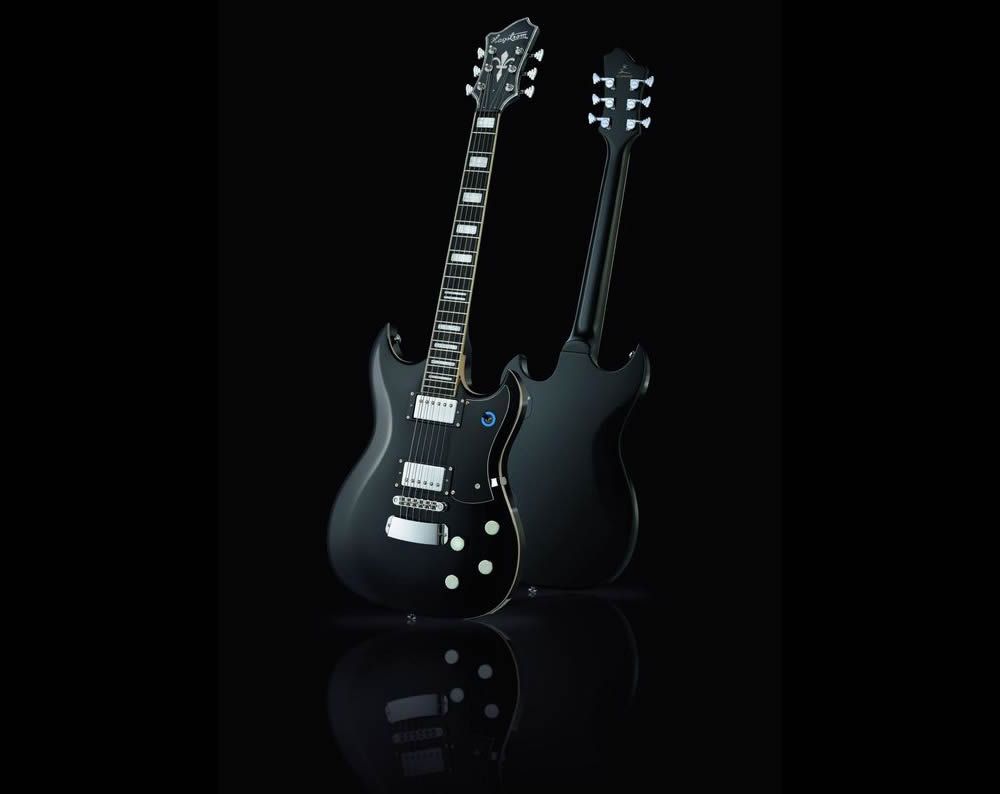 Is it going to be impossible to say what the absolute premier guitars are for every player, and any strummer under the sun? Hell yes. We’re still in an argument with the guy two doors down over whether Tom Petty’s Gibson SG is better than Slash’s Les Paul 1959 replica from Kris Derrig (it is). Our purpose here is to capture the axes that we think are ideal for you to buy right this second. We combed the wastes of Guitar Centers and pawn shops, as well as new offerings spat out by faraway lands, seeking whatever could shred, for whatever cash you can spend.

We welcome your input and feedback in the comments, because we know we missed a few (hundred) wonders out there, so see our 18 best electric guitar choices, and then scream yours at us like Dee Snider, because WE WANT TO ROCK!

Bargain Buy: You can get a Fender Strat for a little bit more, but despite the Squier tag, this is an exceptional reboot. Beneath the classic tuners there’s Duncan Designed pickups and a slender neck that allows for seamless fretwork.

Just Buy It: We shouldn’t even need to suggest it, but not everyone got the memo: This is a solid amateur piece for noodling. Resembling the glorious Gibson that shares its namesake, you won’t get quite the same tonal quality, but it’s close enough for anything less than pro gigging.

Damnation: Schecter has been growing by leaps and bounds each year, and their line has some of the finest mid-price metal instruments that you can find. The Demon 6, for our dollar, is the best melding of Duncan Designed pickups and basswood any face-melter could wish for.

Get Moving: Whenever Kelly gets together with pickup builder Lindy Fralin, it’s magical music for everyone. Though a single coil, the Steel Poled 43’s grab a whole lot more noise than you’d expect, and the phase reversal offers a huge, dynamic range.

Cross-Pollination: Since 2010, Zach Myers of Shinedown has been throwing out some SE’s that are worth noticing, but this is his crowning glory. Maple in the front and mahogany in the back, it sticks true to its semi roots with banshee highs and soulful lows that make it well worth your time.

Mixer: A combination of Foos guitarist Pat Smear’s HIIN with a Hagstrom double-cut, it comes loaded for bear with some Custom 58 humbuckers and a fixed bridge that’s military-grade. It brings the sustain with emphasis and won’t drop out of tune unless you’re trying. 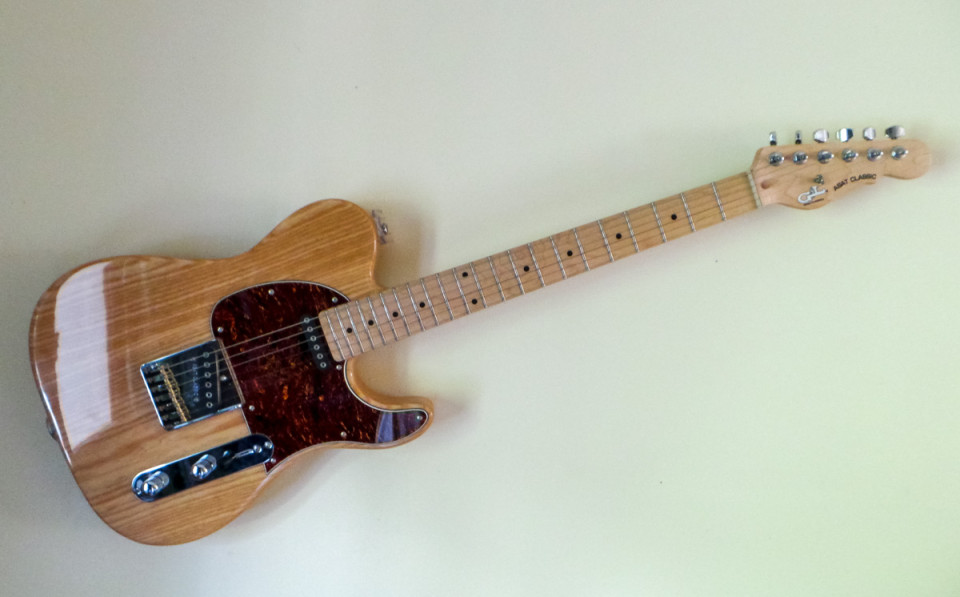 One Note: The country looks aren’t misleading, since it can certainly give you more than a little wail and whine, but anywhere a single coil runs the table, you’ll find that the ASAT can pick it up and lay it down; with a little twang for good measure.

Metal Maverick: 22 giant frets line the single piece of pure maple that comprises the neck while the arrangement of colors shriek. A set of active Blackout active humbucking pickups courtesy of Seymour Duncan knock noise down to nothing.

In the Rough: This could just be another rock piece to go onto the pile, but we’ve found that the ancient history of Parallaxe combined with contemporary features, like the double-locking Floyd Rose tremolo, give it a hard-hitting sound that can jump into metal, all with an 80’s hairband style that’s blacked out for the new age.

Les Paul with Meat: Though it looks like a Les, pick it up and you’ll feel that it’s meant for harder riffs and more monstrous licks. Using EMG pickups, you get a nice, throaty growl out of it to keep your drummer in line, and the locking TOM Bridge has sustain to spare.

Soul Food: Intended for blues, jazz, and some rockabilly, this will never be capable of giving you screaming sound with a lot of gain, but for that acoustic feel while jacked in, it’s truly the top of the heap for the under $1,000 set.

Tent Revival: The Revstar is the first new line of guitars that Yamaha has made in the past decade, and the time they took on it shows. The YGD VT5 pickups were painstakingly tested by hand to suit this model and they bring a whole new feel to the classic look.

Swan Song: Constructed in Indonesia to emulate the distinctive style of Andy Timmons’ AT1000CL, the AT10P brings a nice vibrato resonance to your playing that can set rooms to swaying, and is often all the Strat you need to get the job done.

Bump It: Made in Memphis to grab your guts and never let go, this can hit the hard edges of dirty country music, thanks to the coil-splits, and give you rock that kicks. No gentle crooner, this is blues you can feel.

Safe & Warm: This is a re-imagining of the Custom 24 with a full mahogany body and stripped down features. Really, you won’t notice that it’s anything less than the genuine article with a beefy midrange and tone that’s sweet as any sugar shack offering.

Working Conditions: PRS makes guitars for the people who are in the trenches, and the Singlecut is a perfect example of them at their level best. Classic single-cut tones meld gorgeously with partial coil-splits for an edge that you can’t deny.

Behind the Music: Don’t let the ‘60’s-inspired design fool you, this semi is upgraded for the rocker of today. The pickups come to you from Burst Bucker, and the tuners are Grover, all with that sweet-tea Memphis feel.

Run the Gamut: Not many guitars hop from Billy Gibbons of ZZ Top to Jack White to Katy Perry’s guitarist Patrick Matera, but the Jupiter Thunderbird has been in the hands of all three. It’s a meaty piece of mahogany that does rock and pop like little else. RIP designer Bo Diddley.