The 9 Best Handheld GPS For Hiking and Wilderness Survival 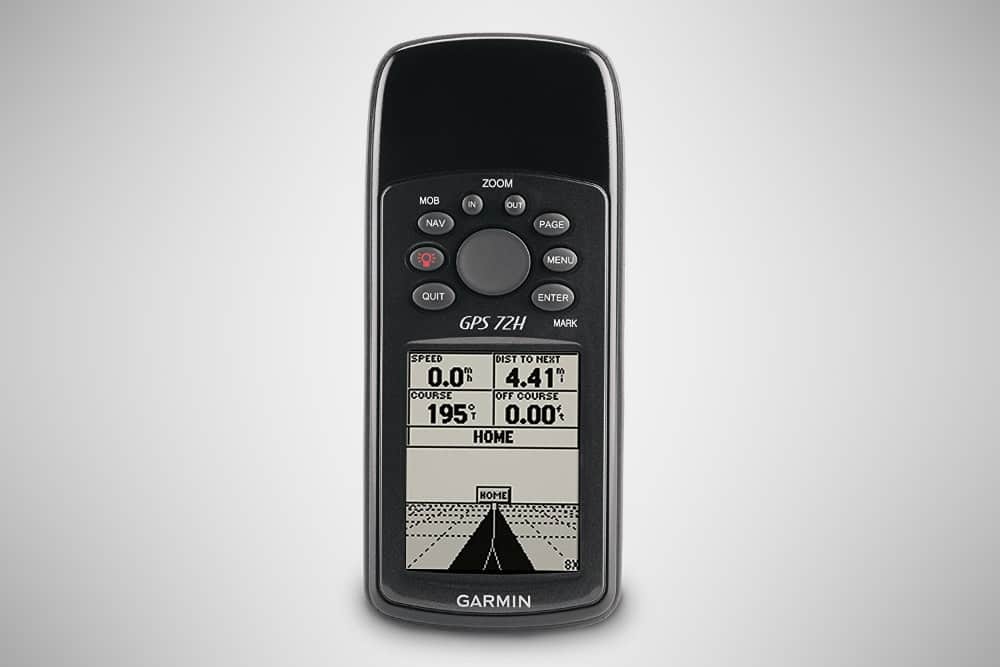 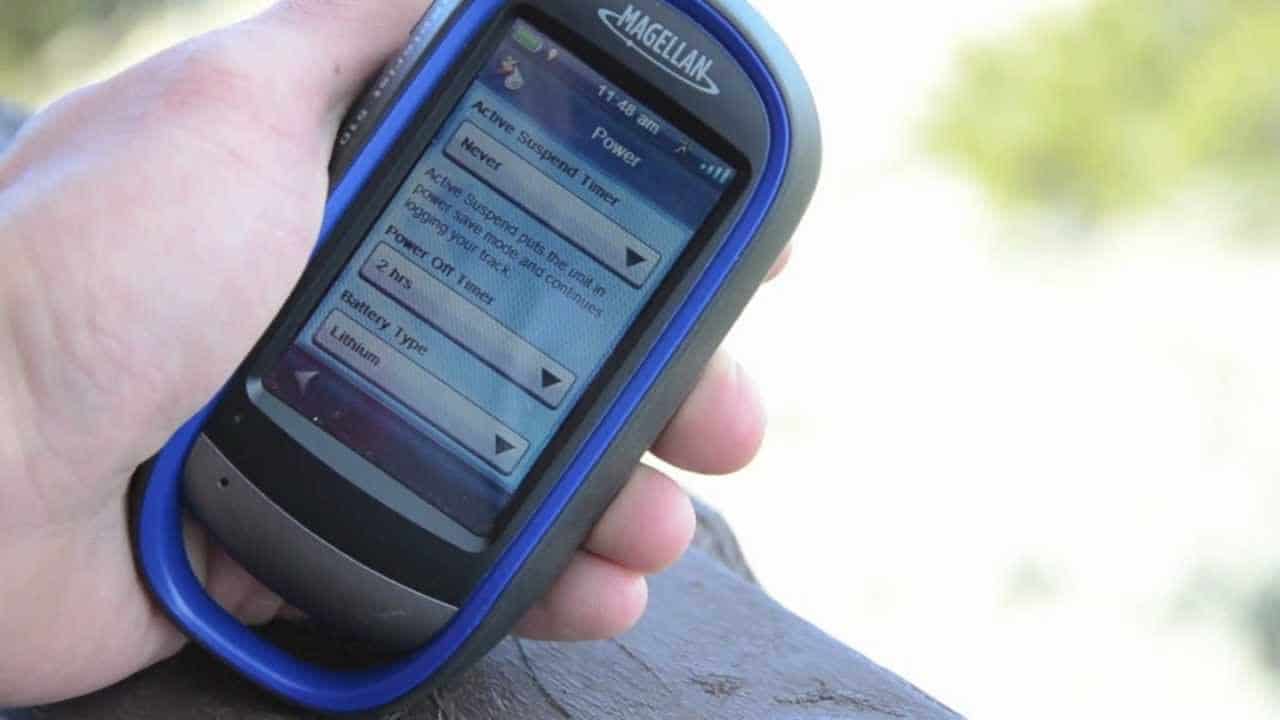 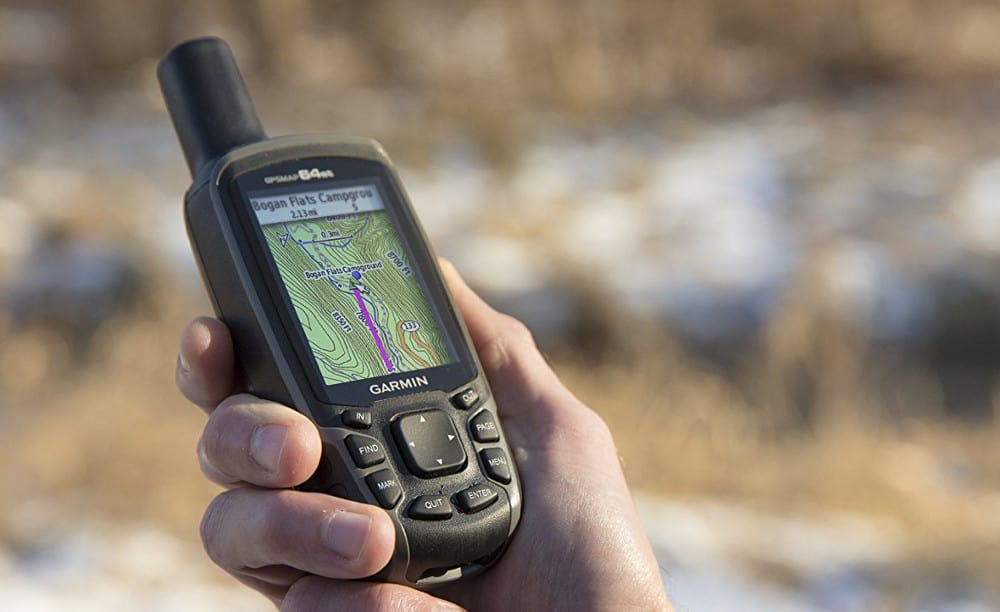 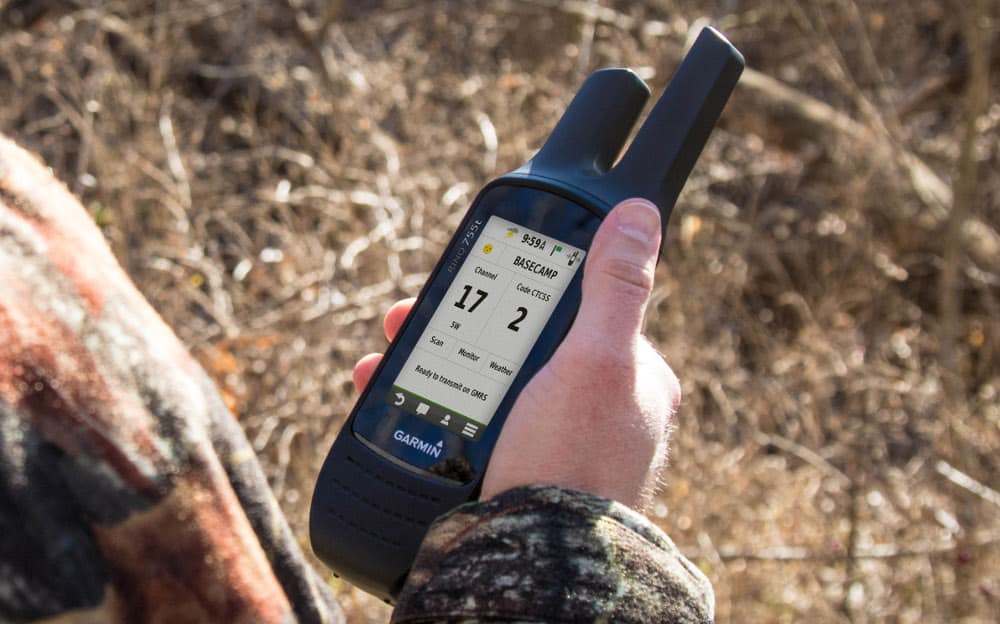 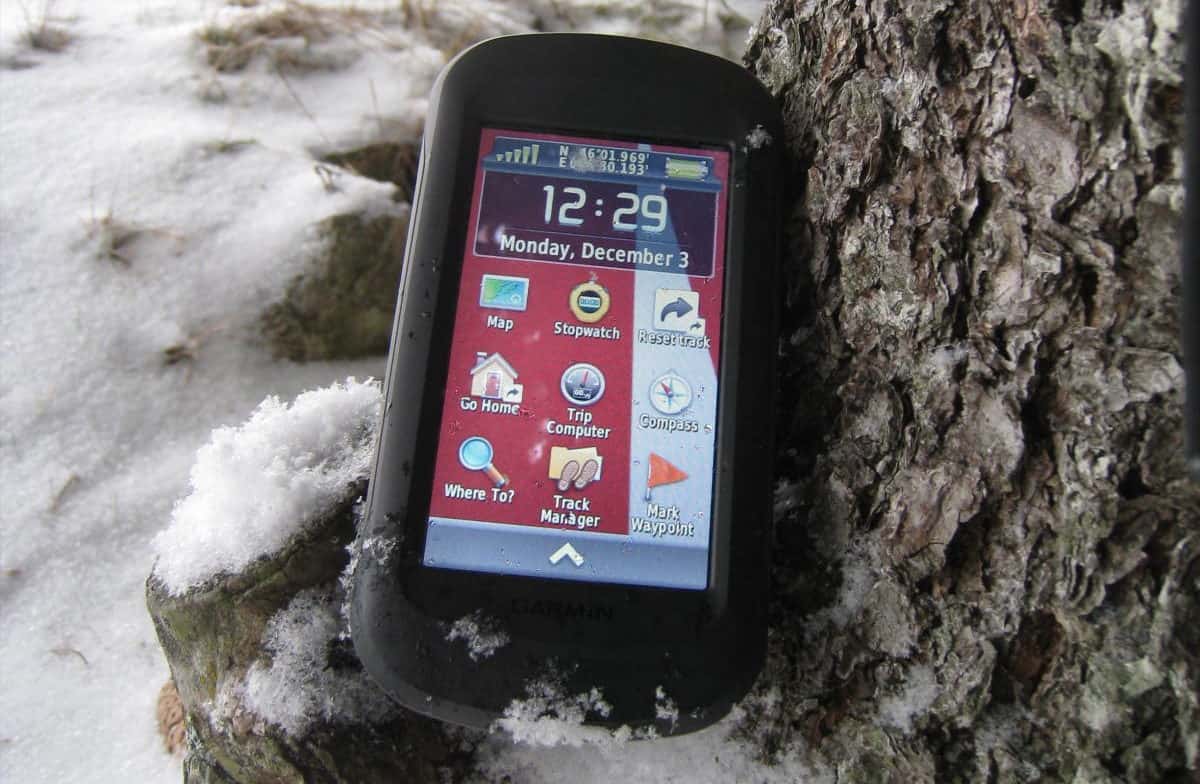 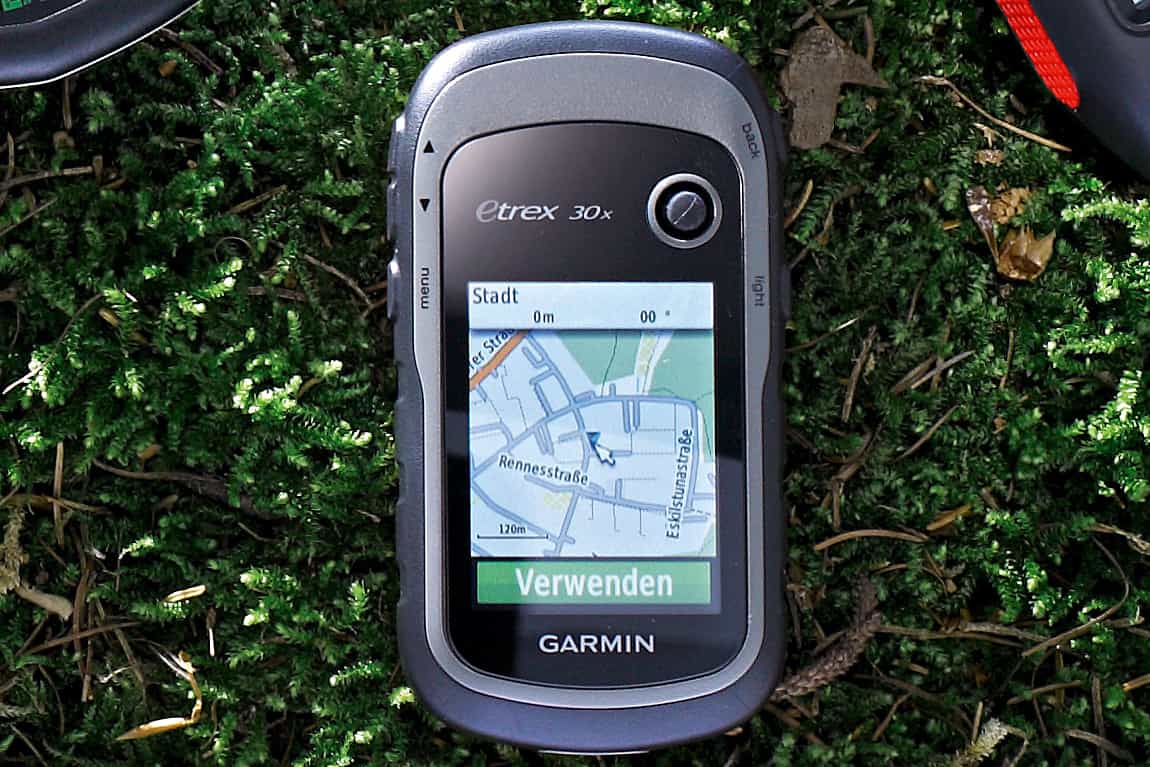 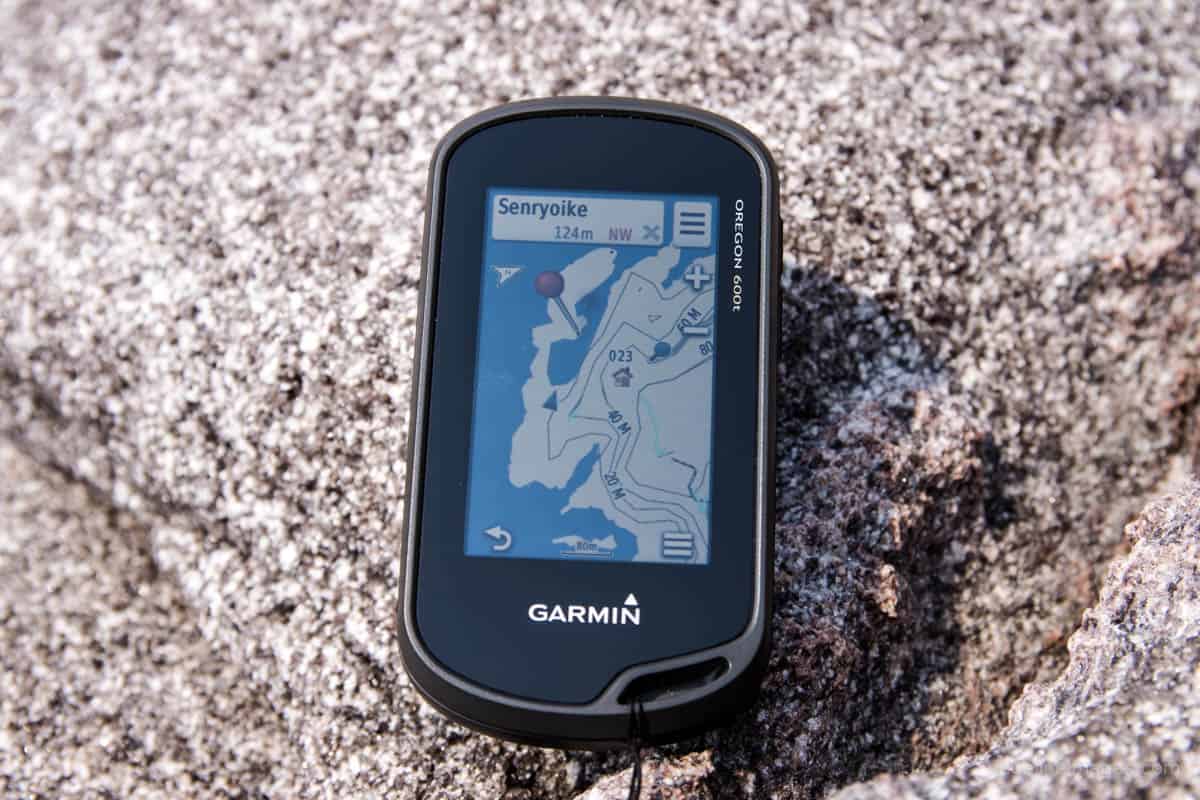 While navigation with a traditional map and compass are important skills for the zombie survival savvy outdoorsperson, there’s nothing wrong with relying on a handheld GPS for determining where you are. These handy little devices sync up with satellites to give you an exact overview of your location, and offer up geocaching sweet spots where you can find, or hide all manner of scavengable items. These days, they also can determine approximate water depth, temperature, barometric pressure, weather patterns, and innumerable other odds and ends, making them a necessary accessory for anyone under the sun, or clouds.

What Makes a Good Handheld GPS

Connectivity and easy use are the cornerstones of a quality Global Positioning System, with durability and portability fleshing out the system. The ability to point out geocaches, plot a route, and give you useful survival tips are generally gravy, but since they can also save your life, they too factor in heavily to what can make a GPS system worth your hard-earned dollars. In short, anything that does a good job of keeping you alive in the most conditions is what we think of when we reach for the best in handheld GPS technology.

Note: Those familiar with GPS will know that the Garmin brand is top tech when it comes to finding your way around. Though we dug and scrounged for units that could compare, few come close to Garmin in terms of functionality, connectivity, pathfinding, features, and survival when the trail ahead disappears.

Though a fairly good, if ordinary GPS for standard hikers, climbers, and spelunkers, the Marine bears a feature that is rare among in the handheld world: It floats. Since it’s made for operation around water, it has an IPX7 rating, allowing it to be submerged, but it will immediately pop back to the surface, so the fumble-fingered sailors and yachtspeople among us don’t need to worry about losing it to Davy Jones. It also tracks tides, staying true to its maritime form, but won’t produce street or terrain mapping, since it’s not made for that. Purchase: $190

A triple axis tilt is always a handy feature on a handheld GPS, and the 30x brings it along to transform into a barometric altimeter and compass that can help you determine precise altitude. Anyone who likes to head for the hills and leave timberline far behind will find this helpful, as will those who want GLONASS functionality for faster lock-ons and operation in gorges. The screen’s small size is a slight misstep, though it works well in direct sunlight, for easy reading when you’re exposed. Purchase: $200

One of the few units that can step to the line with some of Garmin’s roundup, the eXplorist is a modest touchscreen offering that has an on-board 3.2 megapixel camera and voice recorder for keeping a record of all your trips without the need for extra gear. It’s baseman function is highly detailed, which sets it apart from Garmin, which is notoriously bad about basecamp operations. Sadly, the weak display quality and awkward split keyboard are among the biggest foibles in this mid-range piece.

Currently the most advanced touchscreen option in Garmin’s lengthy lineup, the 600t has a smooth, modern feel to it that makes it behave more like a smartphone than a clunky GPS. It improves not only over other touchscreen choices, but also takes hints from the failures elsewhere in Garmin’s line by adapting the user interface to be more friendly and intuitive, without having to jump and dig through menus. The sensitivity is actually too good, causing unintentional changes, and it can freeze up due to the processing power behind it, making it feel a little overdeveloped at times. Purchase: $231

This is a unique model specifically made for golfers who are hoping to get a better understanding of their landscape to improve their game. Out of the box it’s loaded up with more than 25,000 courses, so while Trump’s Time magazine covers will lie to you, the Approach never will. The big touchscreen works well and can give you a nice overview of the green to help you pick your clubs with care. Scorekeeping features and other extras can get you under par, but don’t expect this to help you much in the wild world beyond the green. Purchase: $250

The big Helix antennae has both GPS and GLONASS tech, which makes this pick up a signal and find your location in difficult spots where other units tend to hunt and search to give you any data. Dense Amazon foliage and canyon trips rarely frustrate it, so adventure explorers who go far, wide, and deep will likely prefer this unit to the more recreational models. The few flaws come from ho-hum basecamp features and batteries that can’t be recharged, even if you have a sexy set of portable solar panels. Purchase: $263

DeLorme found a few chinks in the Garmin armor and has exploited those artfully. Bearing a big battery that can go for 100 hours, two-way satellite information interfacing, and automatic SOS syncing that can alert search and rescue to your location, the Explorer might be a better option for those who find themselves lost in the woods to the point of requiring a chopper evac. It’s a bit smaller than most handheld GPS, which is double-edged in allowing for easier storage but also making operation a little frustrating. What’s worse is that you can upload your information to help rescue workers find you, but it also exposes that data to hackers who can find who you are, where you are, and take advantage of your time away from home. Purchase: $340

If you like the Oregon but really want the top of the line, the bulky, costly, unwieldy Montana is the way to go. The bigger size is the only real issue, as the stunning display, smart, intense satellite connection at almost all times, and waterproofing are all head and shoulders above anything else. It’s easily mounted, since Garmin recognized the cumbersome body could be too much for some, and that eliminates some of the hassle with handling for those of a more petite size. The touchscreen often functions fine even with gloves, yet isn’t quite as delicate as the Oregon. Purchase: $500

Back in the 90’s, if you were a rapper, you had a two-way option on your cell phone for staying in touch. The Rino revives that trend in the smartest way possible, by tacking on a two-way radio that allows you to stay in touch even when you haven’t even got the hope of getting a few bars on your phone. Active weather predictions is another helpful feature that doesn’t make much of a showing on Garmin units, which can permit more apt plotting for when to lay low. Besides the radio functions, it’s basically a slow GPS with a small touchscreen that isn’t nearly as friendly as other, less expensive options. Purchase: $550