Ankle Commandos: The 13 Best Small Dog Breeds To Own

It’s technically impossible to say that one breed of dog is somehow superior to another. Every purebred has been genetically altered through selective breeding to fit a particular ideal. Generations of human meddling have forced them each into a niche.

What we’re considering here is which breeds make the best companions; which are good for families; and which breeds are going to have the fewest health issues.

For example: Pugs are a terrible breed of small dog. Not because they’re not lovely creatures, but because inbreeding has ruined them. Those poor little mashed faces give them lifelong respiratory problems and eye infections. Their damaged bone structure leads to arthritis and pain that leaves them nearly paralyzed. That makes their life nasty, brutish, and short.

For owners, that translates into huge vet bills that never cease, and watching their furry friend suffer. They then die much earlier than other options out there.

They are also the result of cruel breeding practices. Thus, buying a pug is contributing to the problem.

Best Small Dog Breeds to Own

Since we support healthy animals who don’t come from puppy mills, and want dog owners to be able to enjoy their canine comrade, we’d suggest skipping the pug – unless you get a neutered rescue – and going with one of the 14 best small dog breeds listed below.

The first rule of genetics is to spread genes out as far as possible. Diversity leads to strength in the world of DNA, so picking up a small dog with an unknown origin story is often better than anything with an “untainted” bloodline. The issue here is how many unknowns exist in a mishmash pup. You’ll need to learn about many breeds to identify what kind of crossover you’re getting, and even then you can’t be sure whether it’s going to be more Type A, B, or None of the Above.

The popular powder puff dogs do require a little more grooming than others, and tend to shed like fiends. Outside of that, they have very few issues in either body or temperament. They’re friendly and companionable, but also ready to rumble should someone step to them. Beyond a little extra aggression, they rarely bear the neurotic sensibilities that come with many small breeds. They’re good with kids, so long as they’re introduced as a puppy. Otherwise, they can be impatient and churlish.

If you want some of the glorious hair of a pomeranian without the shedding, a maltese is a marvelous option. Bred to be companion pets, they do not like to be left alone, but are otherwise sweet as raw brown sugar. Good with kids, with people, with other dogs, and with cats, it’s hard to go awry with a Maltese.

There’s very few bad poodles. The most hypoallergenic of any dog, since they have hair, not fur and thus don’t shed, a miniature, toy, teacup, or other kind of poodle can fit almost anywhere. They bond strongly with their family, eschewing strangers, and adore attention. That means they should not be left alone. Poodles are athletic, so they also should have room to run and play, though mileage varies depending on size and personality.

The insulting-sounding name actually means “lion” or “tiny lion,” which is inaccurate for a whole host of reasons. First off, aggression is rarely built into these mellow little buggers, and they’re almost too patient with small children. They can fit with almost anyone or anything, and seem perpetually contented, so long as they have some company.

Bright and easy to train, with modest exercise needs, the Frisé is about as cheery a pal as ever walked on four legs. Perpetually sunny, they can be barkers if not properly trained, but are otherwise patient with humans and animals alike. They’re also relatively independent, which means mild solitude won’t hurt them too much.

The hunting breed has turned out to be an excellent pet, even if you never intend on cruelly chasing a helpless animal through the woods. A romper that needs a lot of space to stretch, or a lot of time at the dog park, they’re clowns from the word go. Quick to pick up on training, thanks to their hunting roots, and fairly quiet, they’re loyal to fault.

Called the ‘velcro’ dog due to both its fluffy coat and tendency to stick right by your side, a Havanese requires extensive attention, but little in the way of exercise. This is a good breed for homebodies and those with limited mobility. Leaving them alone is destructive to the point it impinges on their life expectancy, but they are otherwise sweet, quiet, and excellent pug replacements.

Barking is the one big issue you’re going to find in the notoriously neurotic chihuahua. A little work and training rapidly breaks them of this habit, but you have to actually put in the time to see results. Besides the noise, they’re devoted, loving, and affectionate, though not fond of children.

Jacks are a tough nut to crack. They’re perhaps the most independent of any dog, large or small, and will spend most of their time guarding your home while ignoring you entirely. Smarter than most humans they can be trained easily, but will always be wound a little tightly. This makes them terrible, dreadful, wretched pets for an apartment, but tremendous if they have room to run. Hip and knee issues do abound, but those problems often slow them down a little, which isn’t actually terrible given their propensity to run off to a new family, sometimes.

While chihuahuas like to jack their jaw for noise, Boston Terriers prefer to do it to chew. If they aren’t provided with lots of toys, blocks of wood, rawhide munchies, and other things to occupy their gnawing, they’ll wreck shoes and furniture. A few squeaky things to bite often cures this, leaving you with a kindly, kid-friendly little playmate.

The wiener dog is a smart, clever, independent pet that operates well alone, or with other canines. It’s deadly loyal to its family, which makes it a good watchdog. The tendency to want to hunt and kill might be too much for those in apartments, but a helpful aid to anyone who lives in rural regions where infestation of rats and mice are problematic.

Train them early to stop the incessant yapping and yorkies are fun and frolicsome, but don’t need a lot of room to run. Typically timid and gentle, with a love of light play, the elderly and infirm often find the deep bond that these dogs form to be a lifeline. They’ll grieve for a lost friend like few animals in the world, and are brilliantly intuitive.

Do you own any of the above cuties? Or do you prefer other small puppy breeds?

We’d love to hear from you and your experiences, so hit us up in the comments section below. 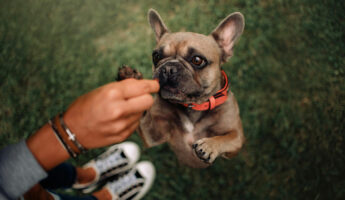 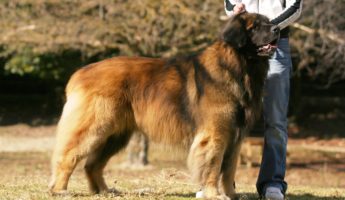 What Lies Beneath: 17 Awesome Undersea Animals