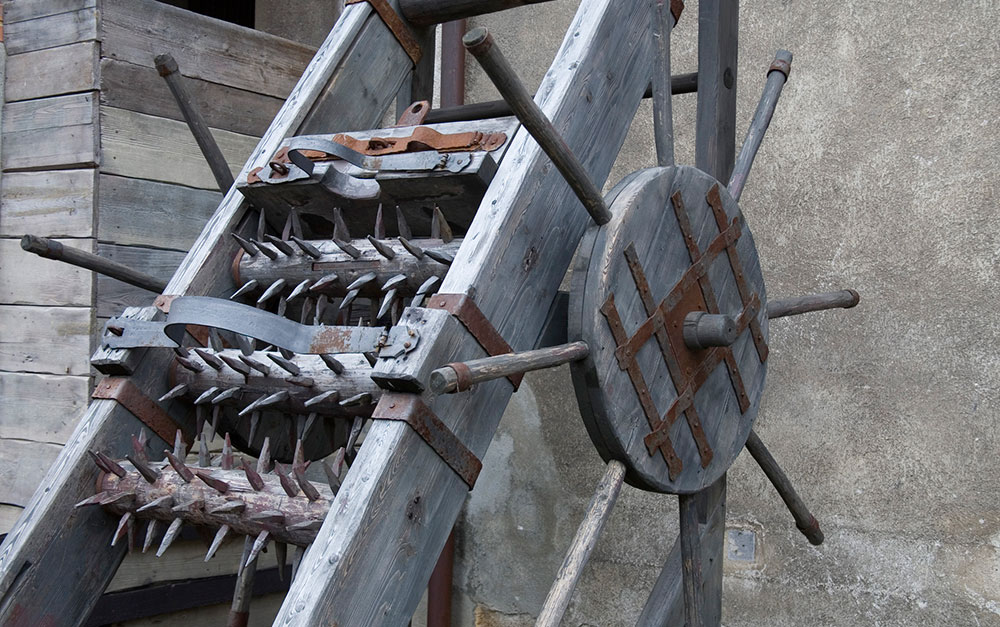 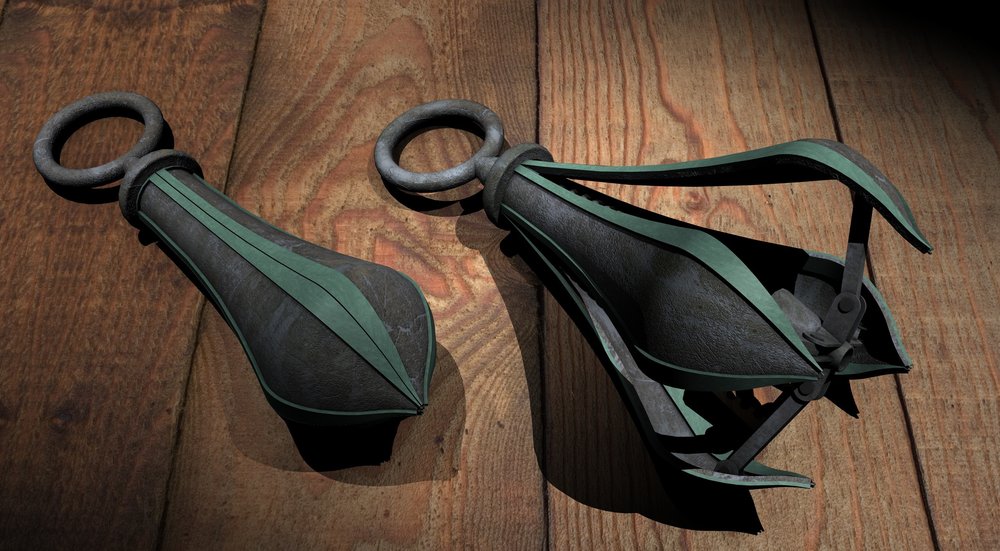 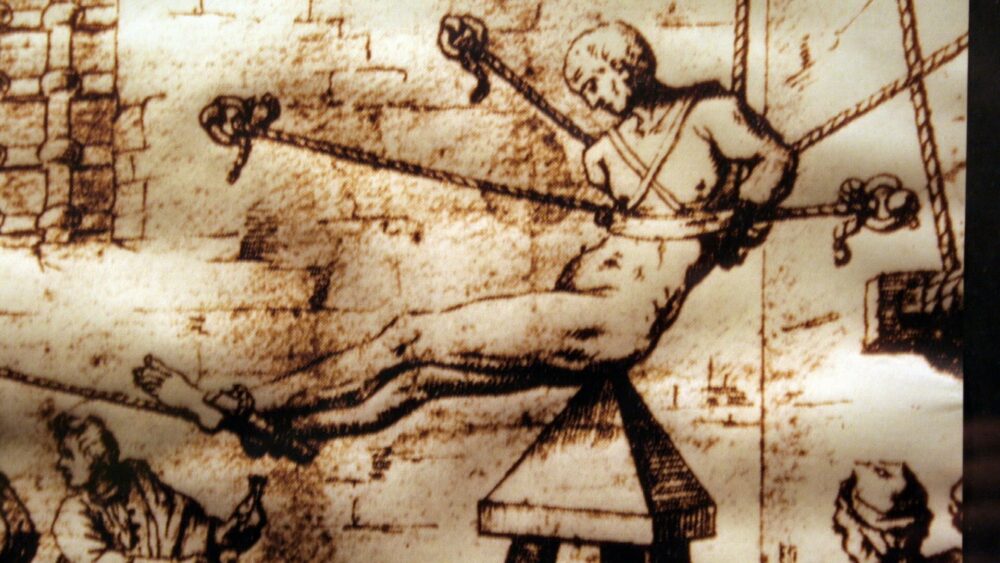 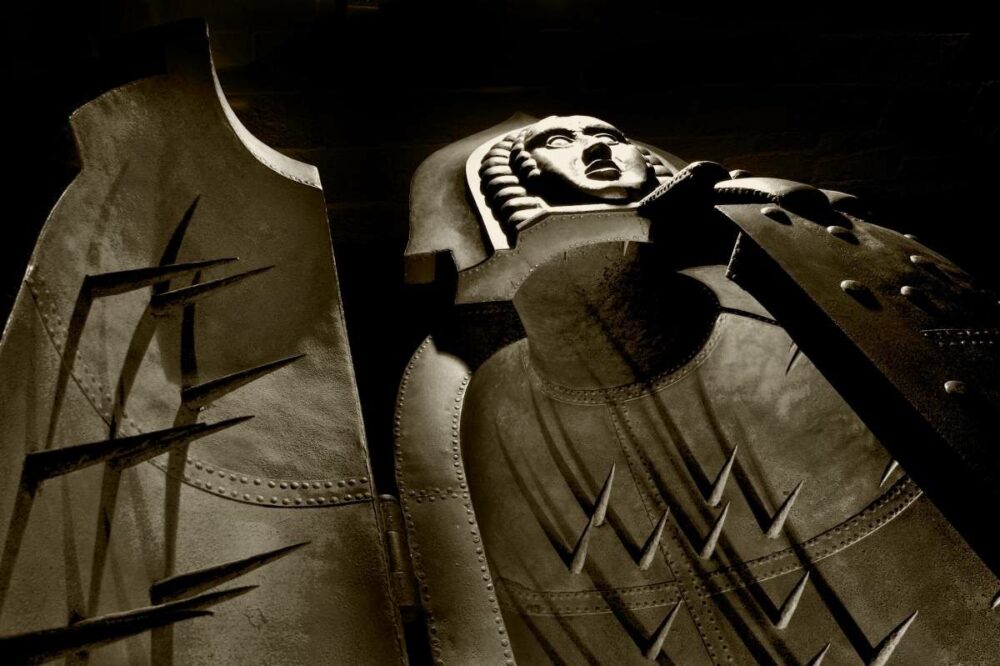 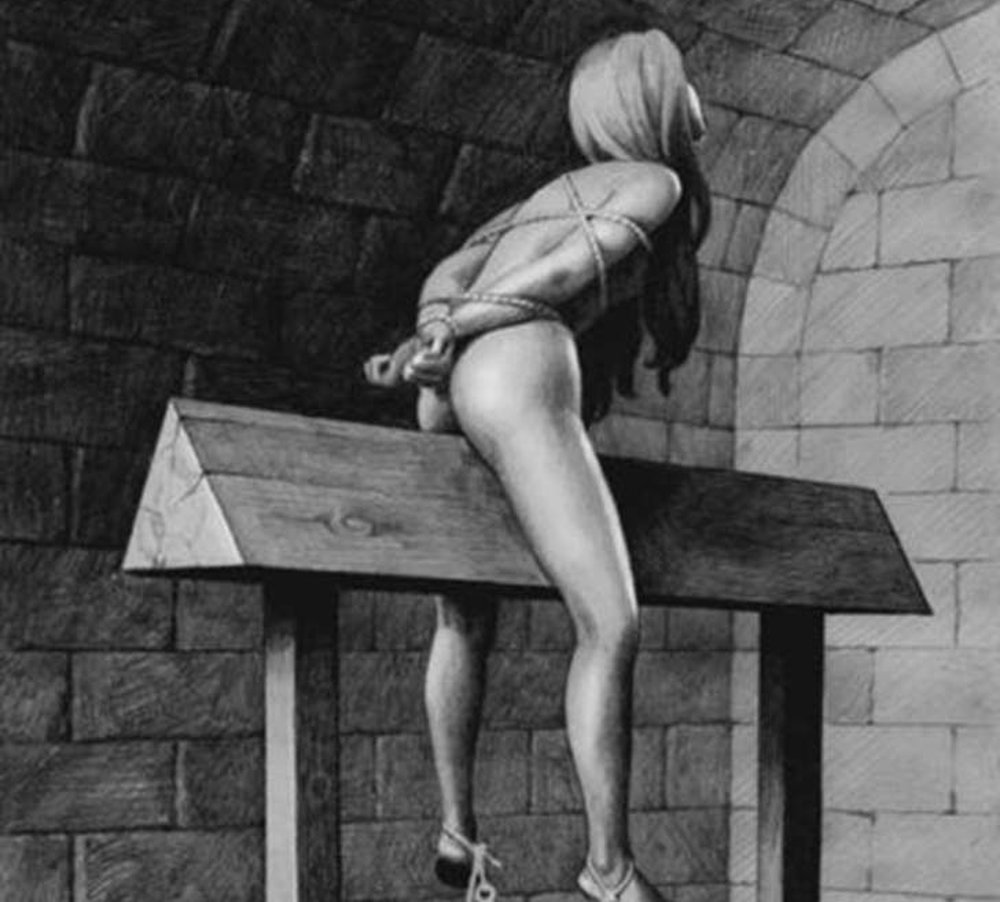 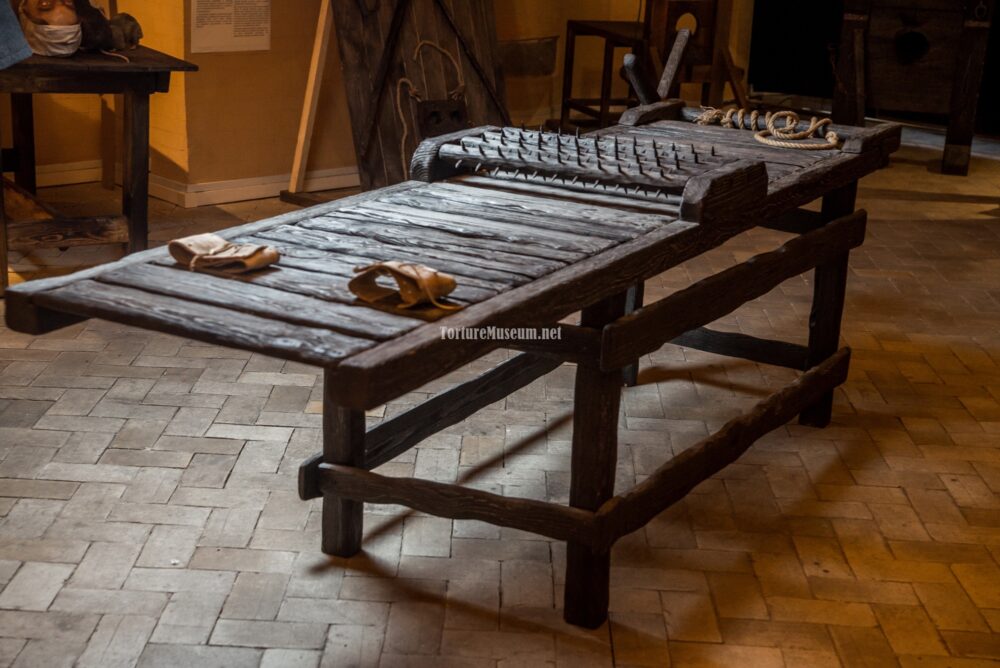 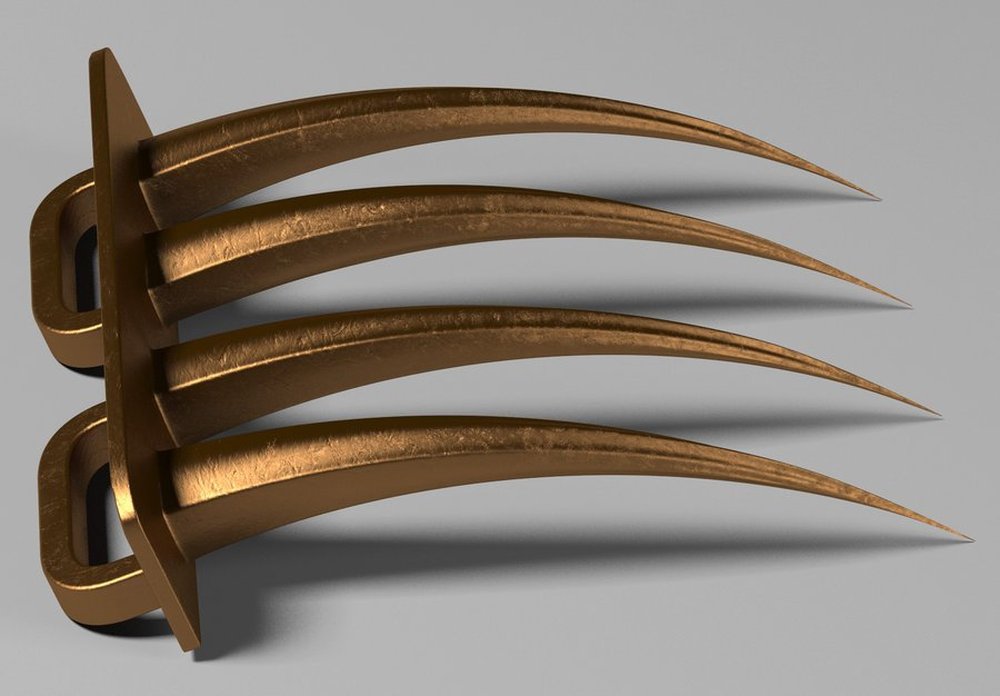 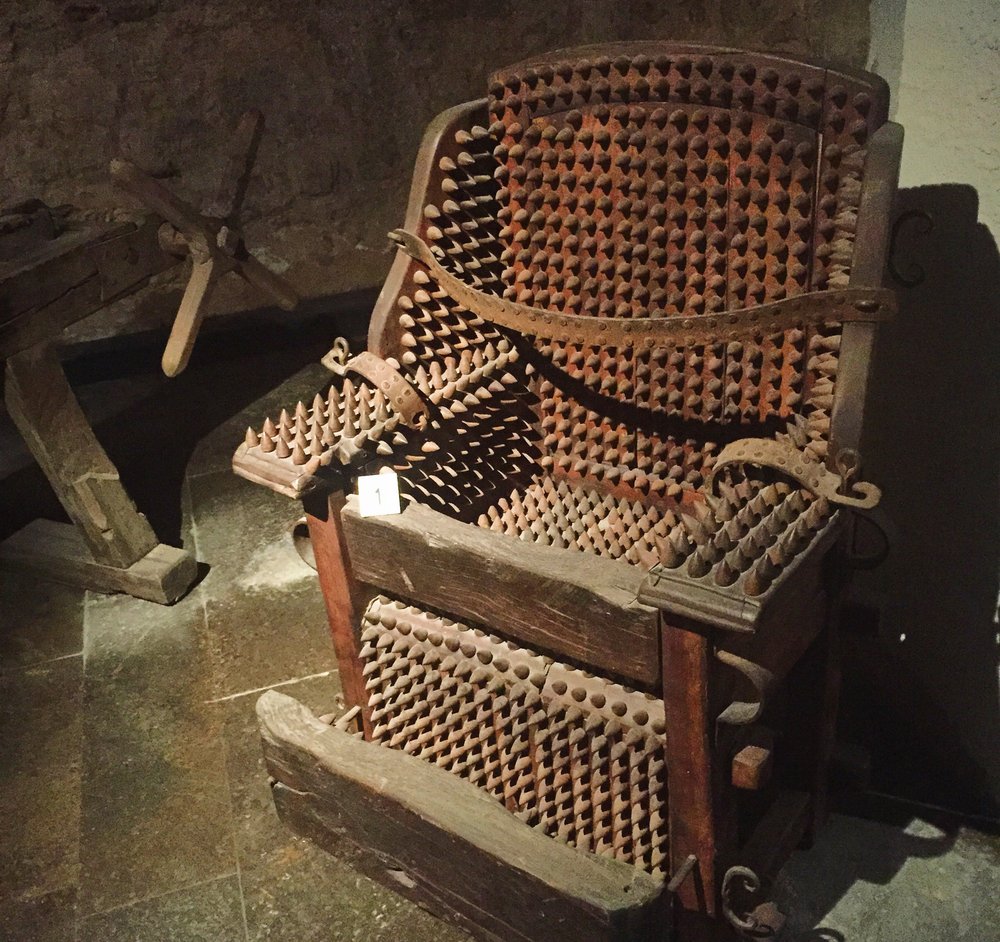 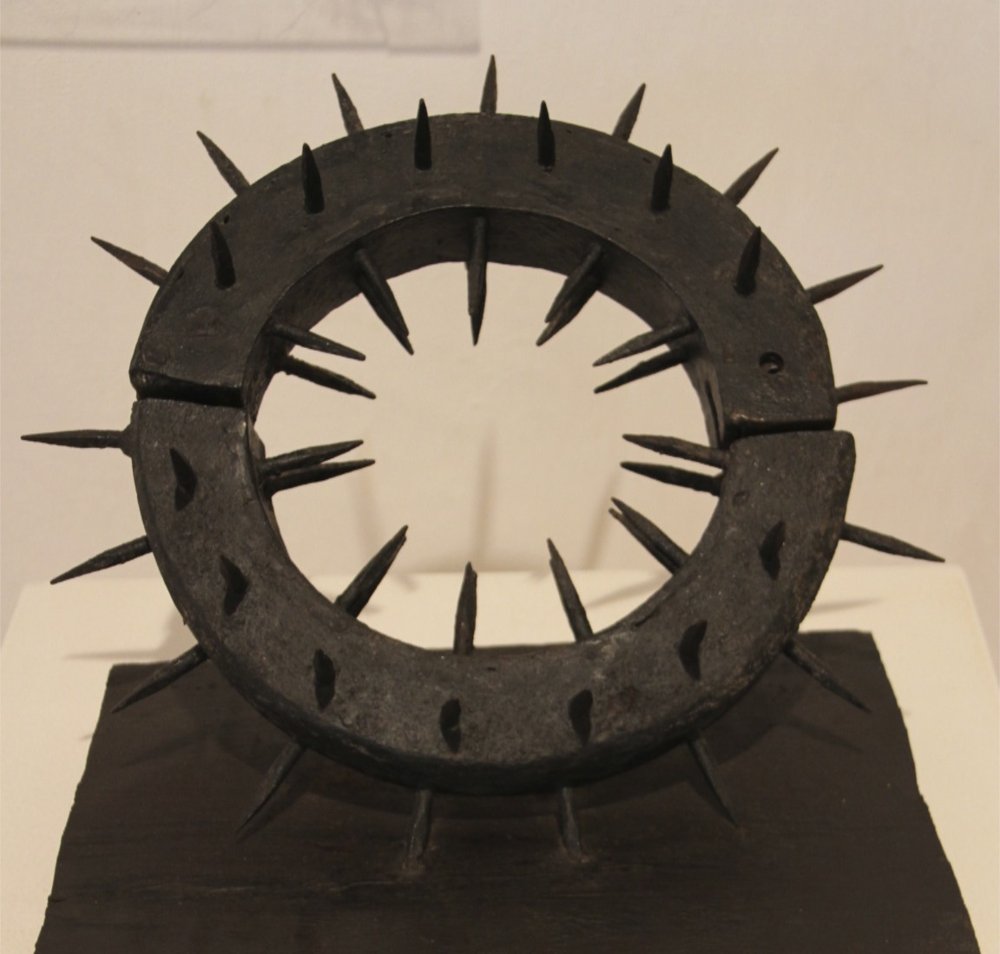 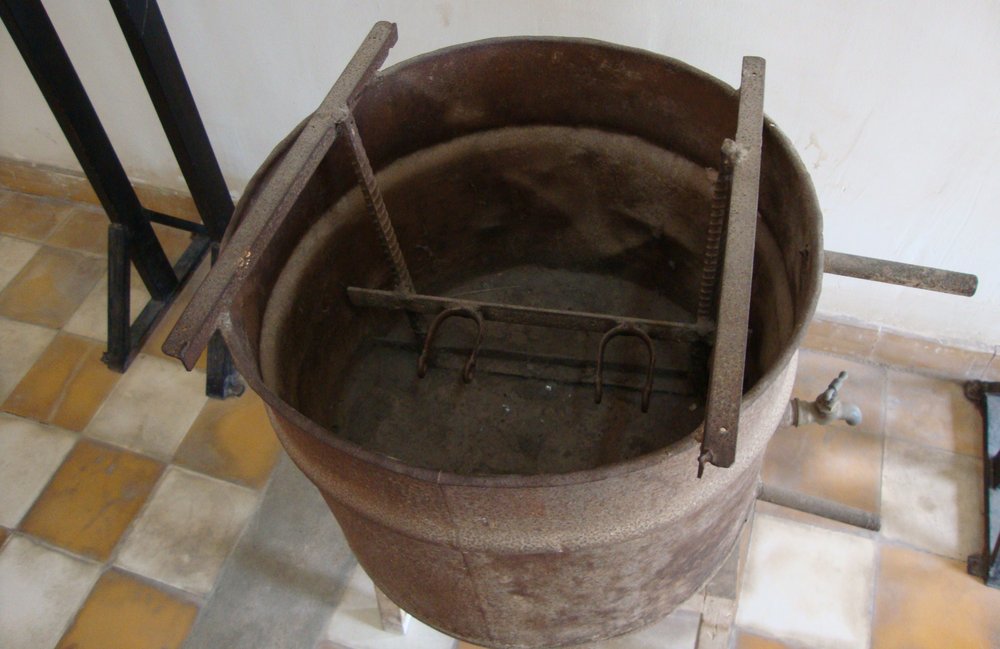 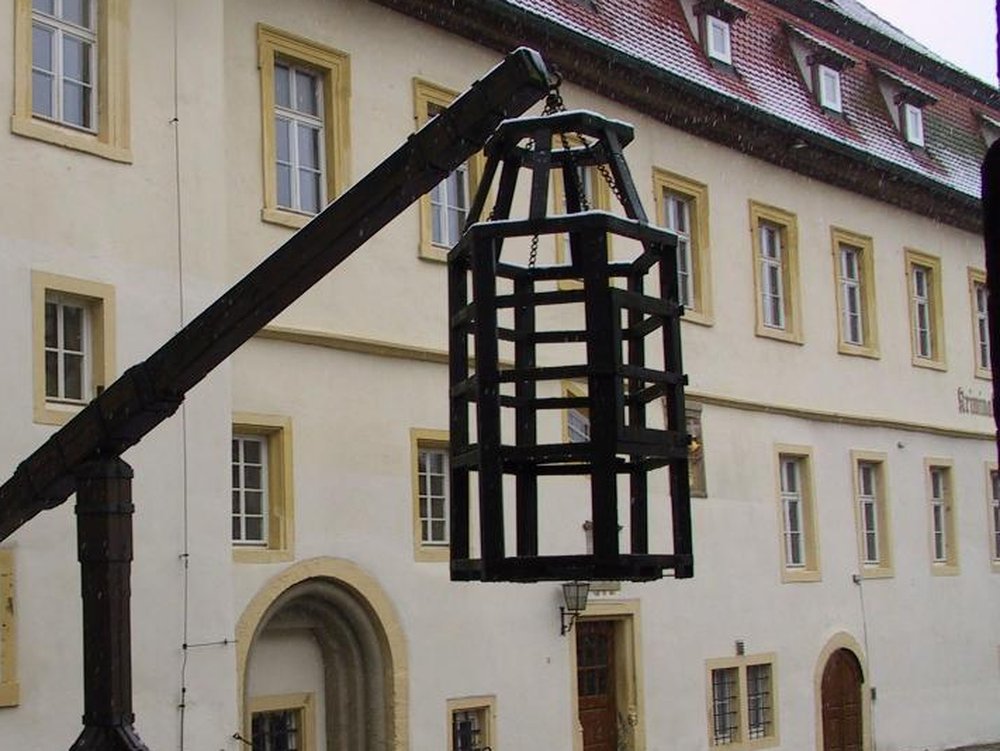 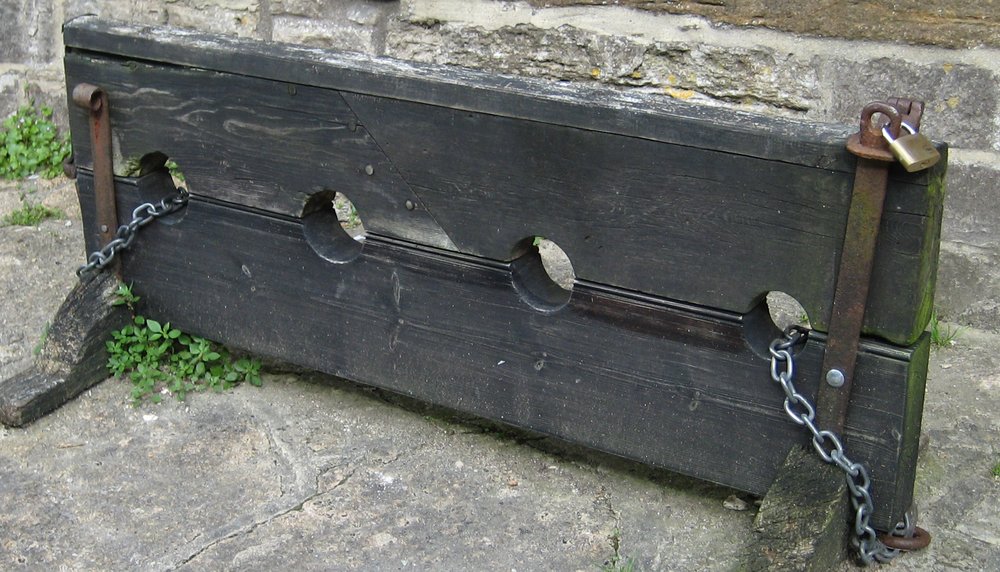 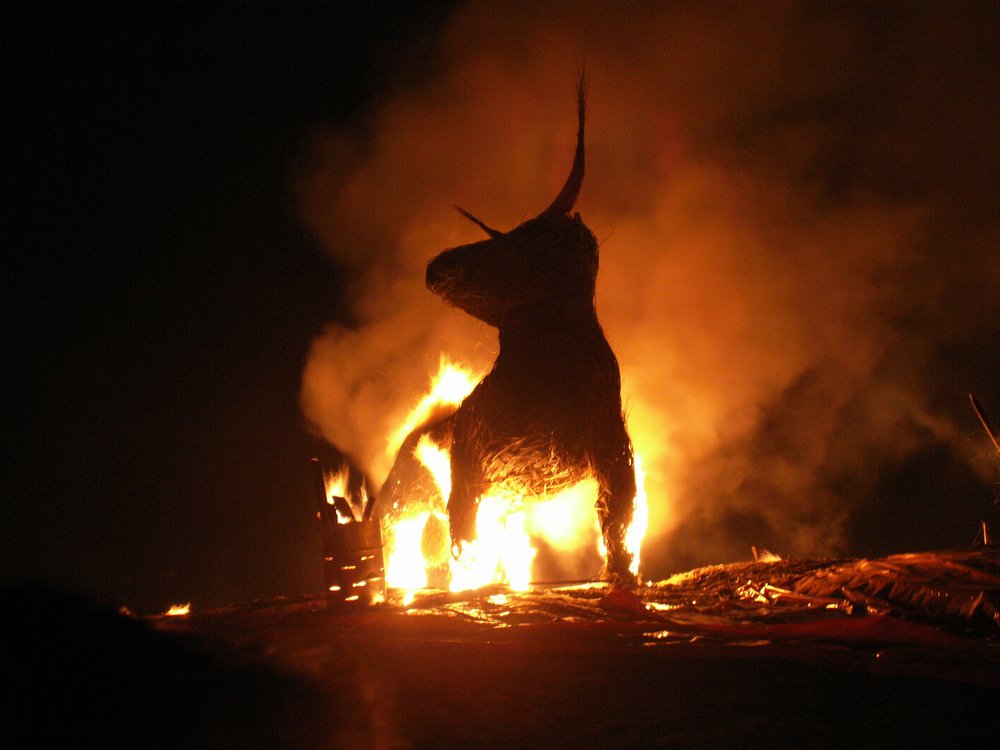 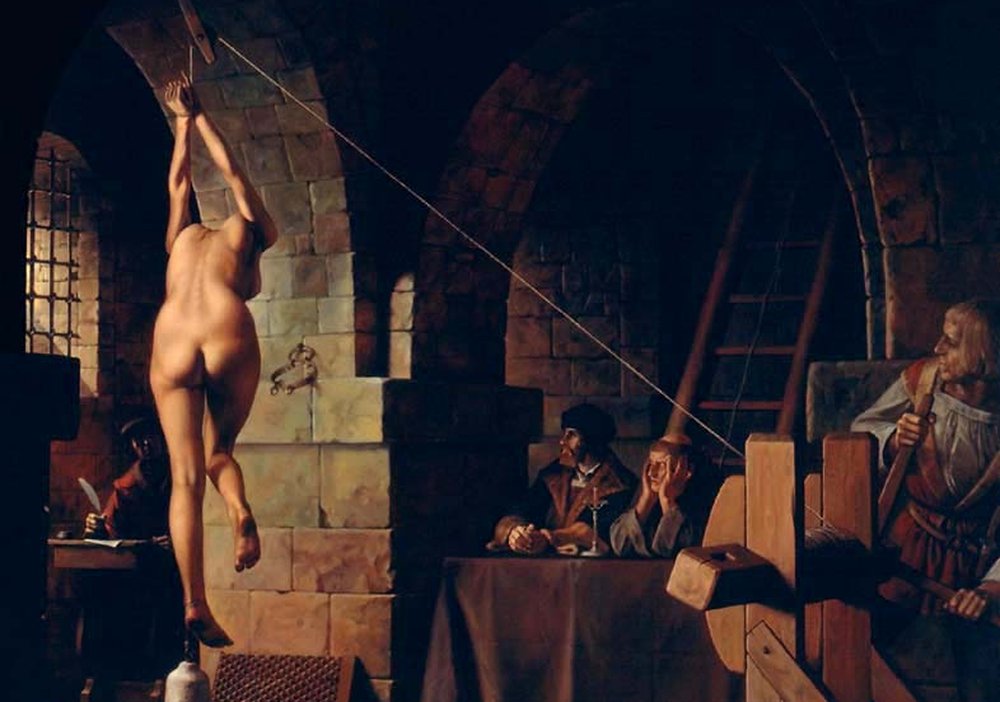 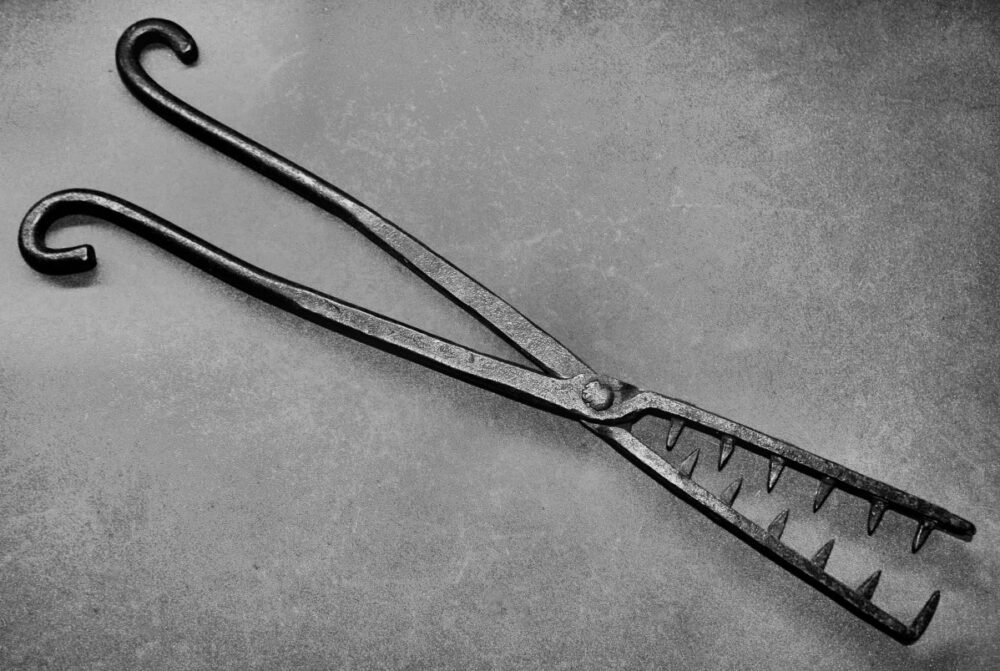 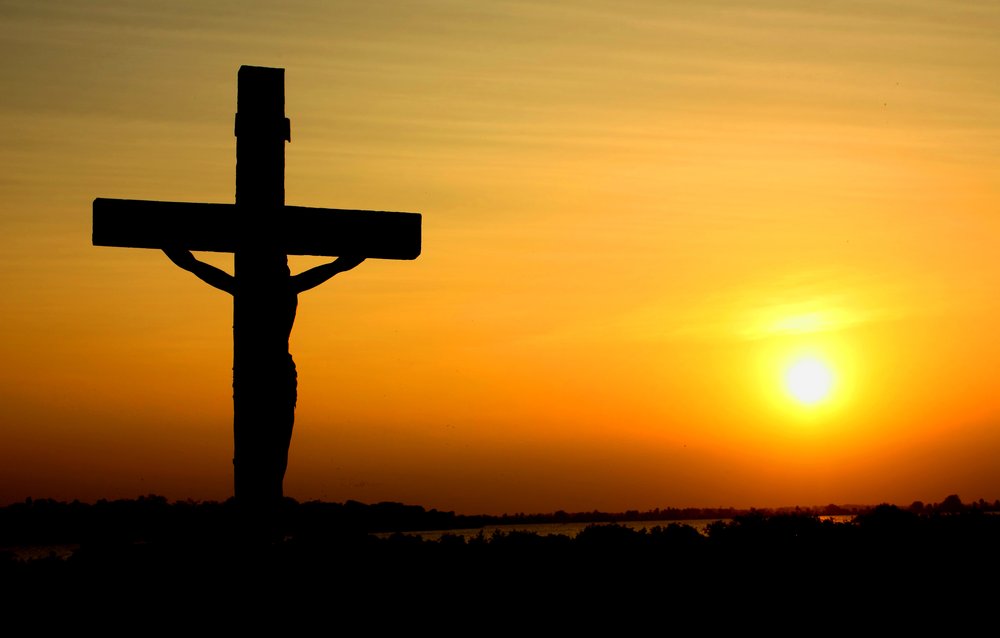 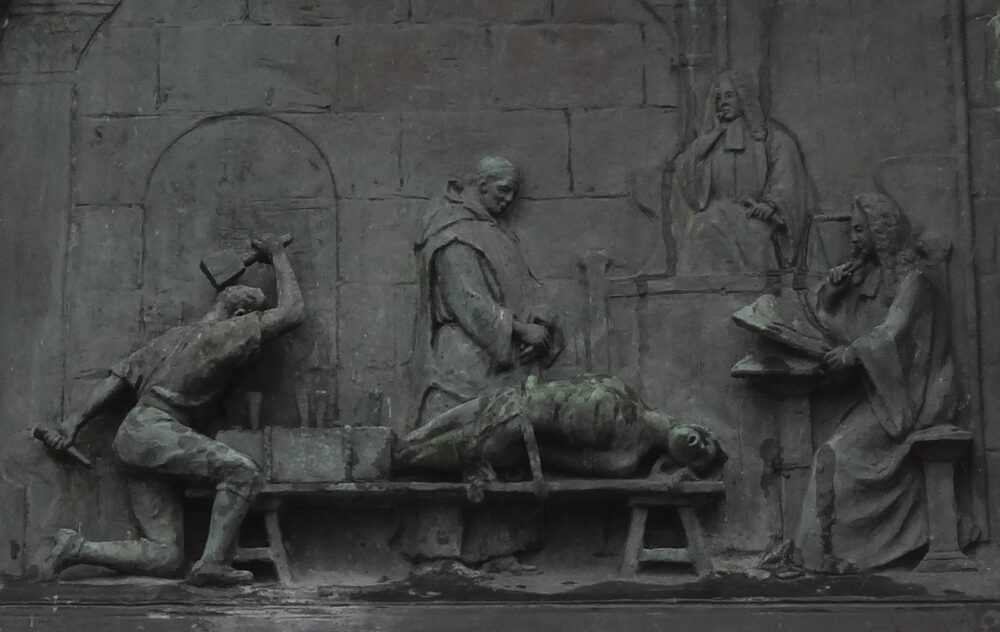 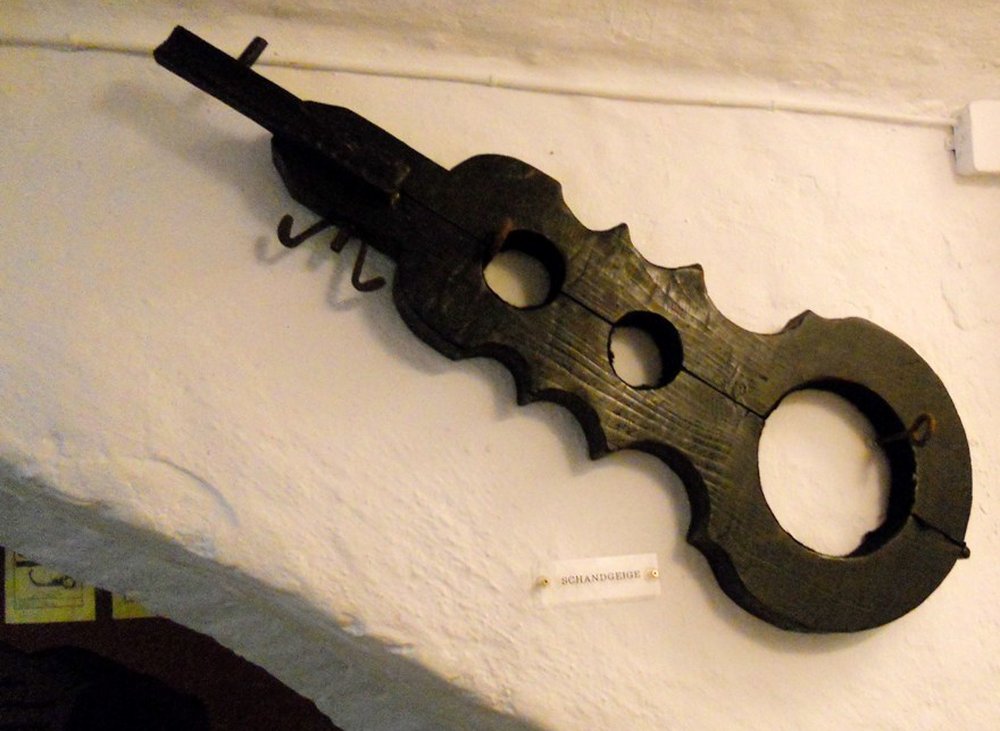 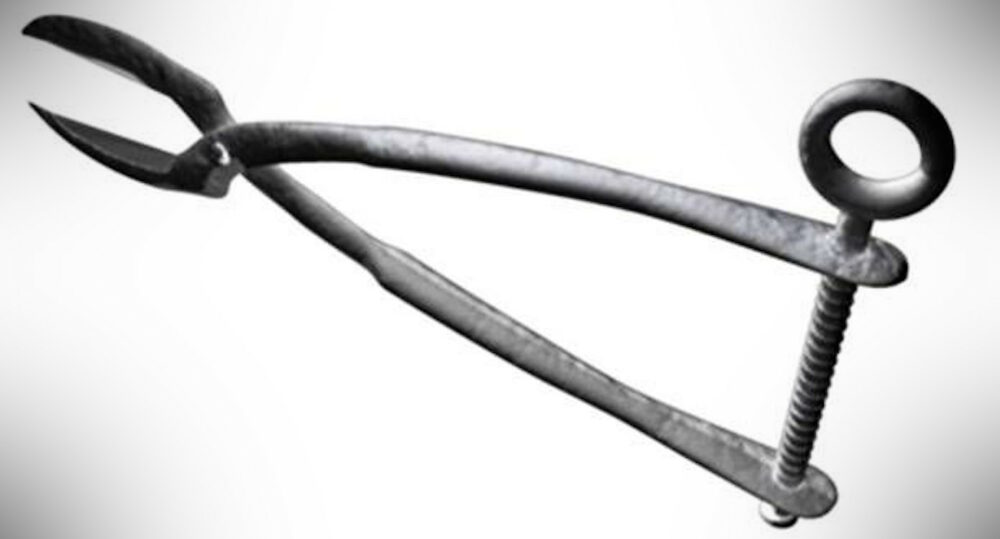 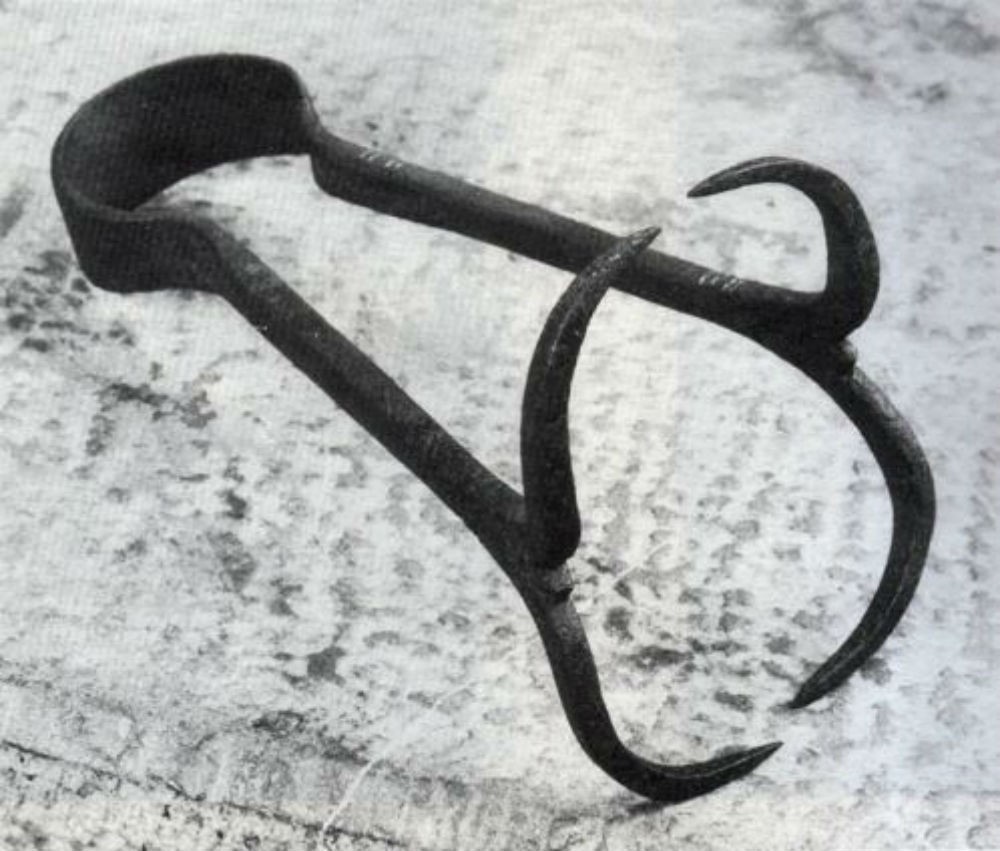 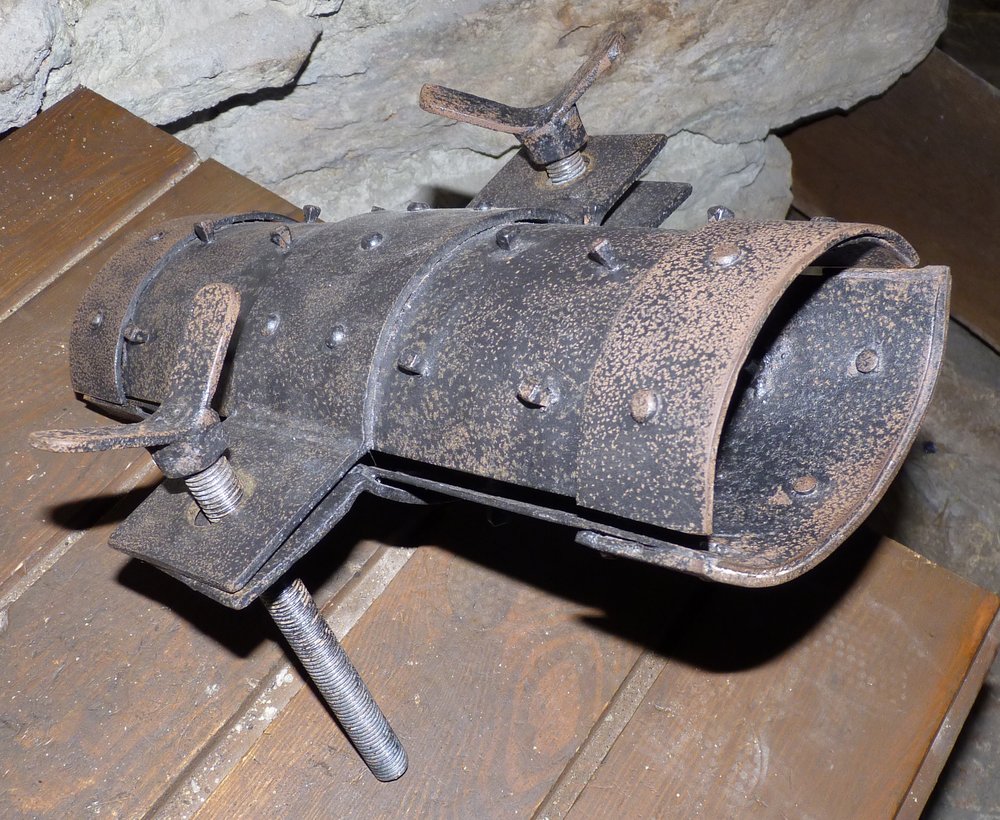 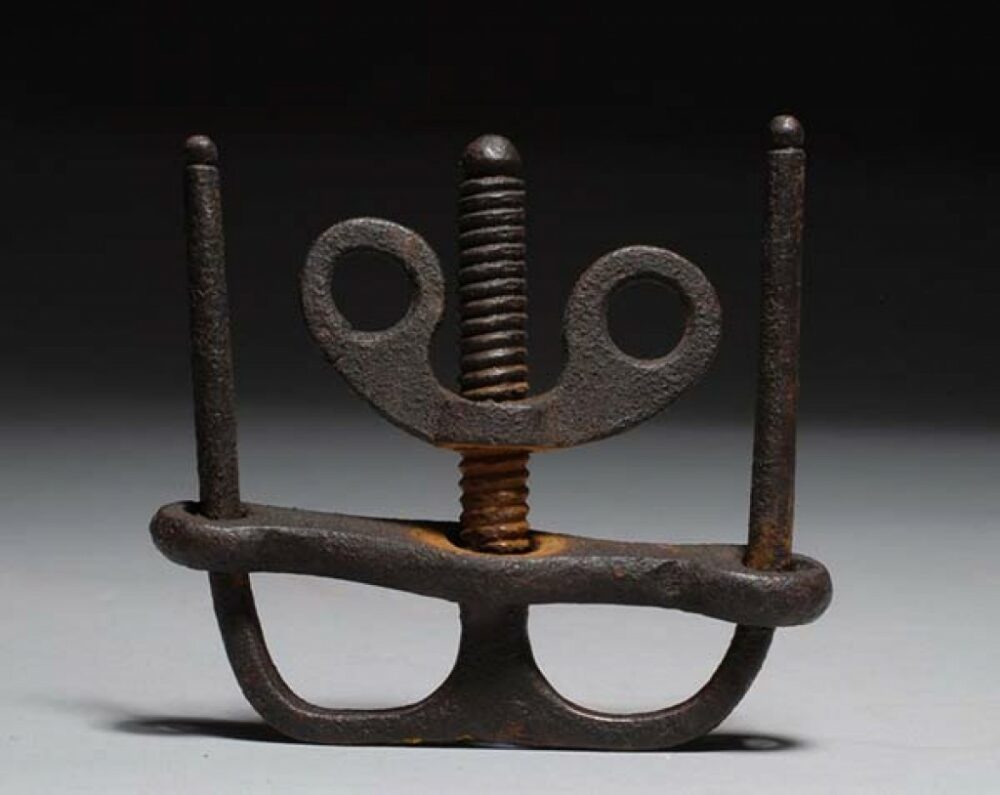 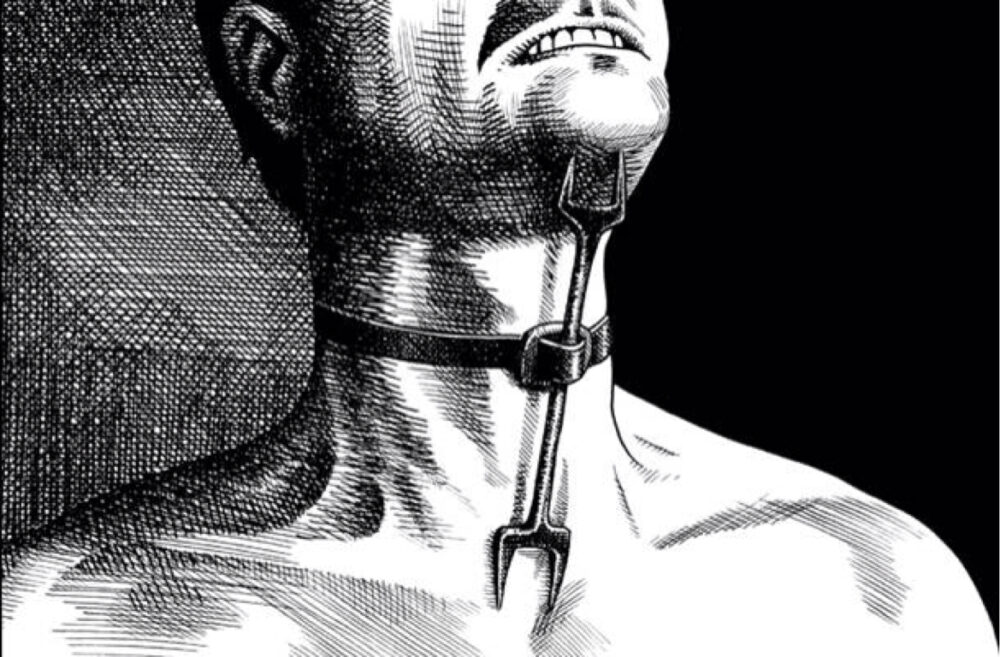 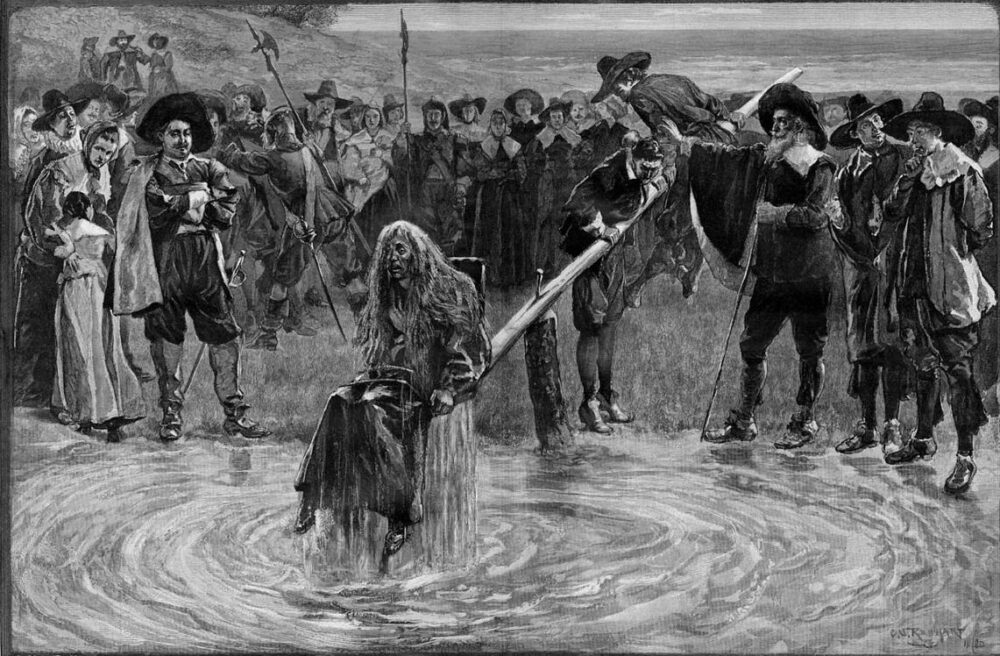 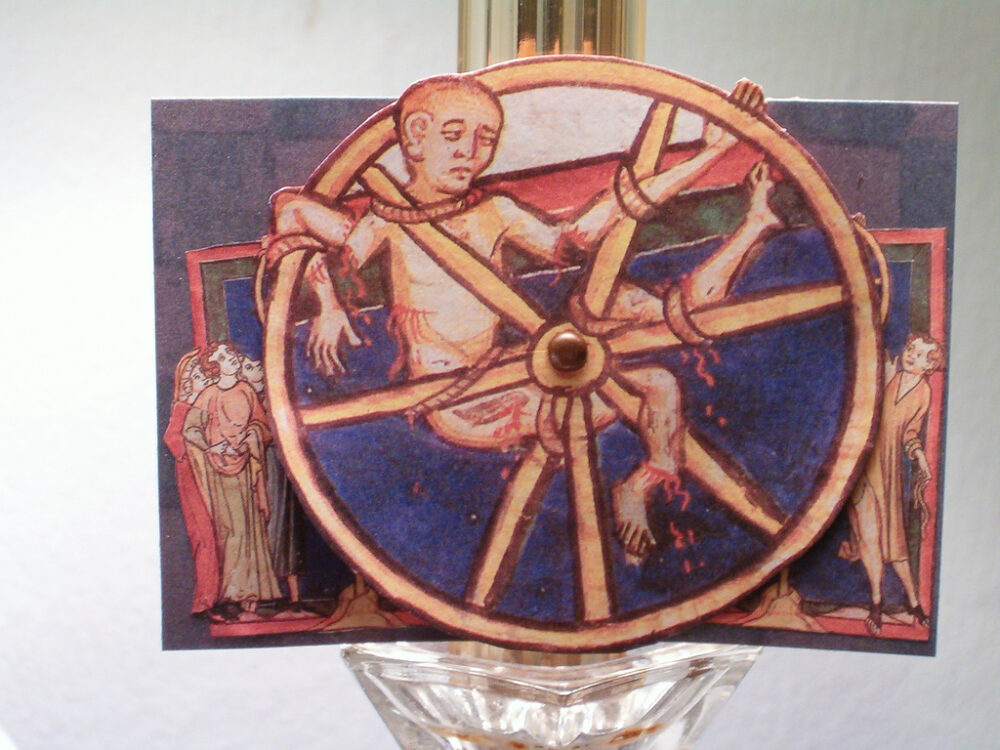 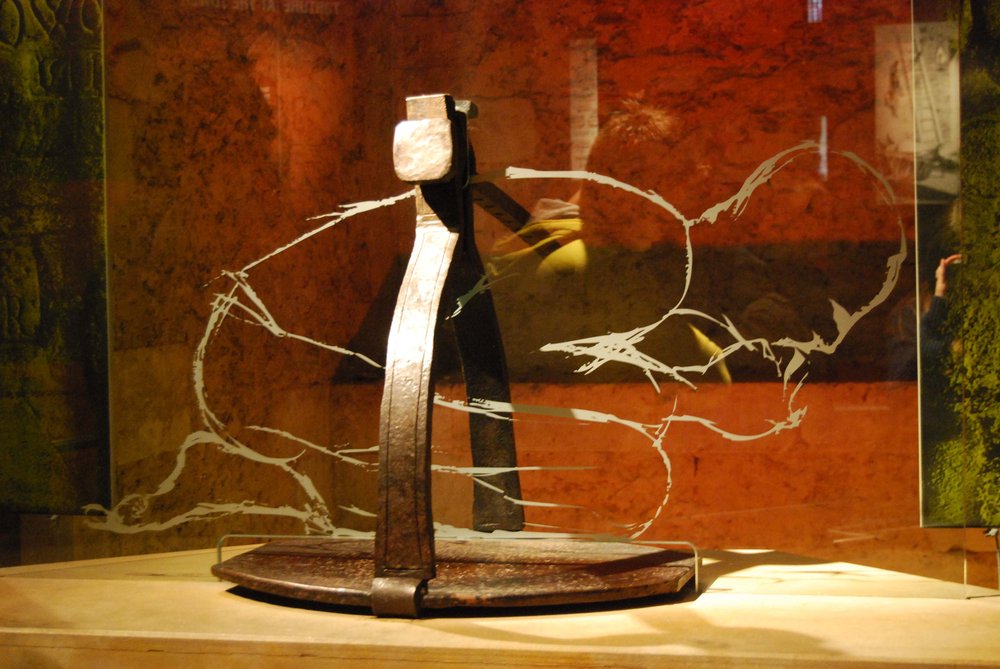 While medieval torture devices were no fun on the receiving end, it can be morbidly entertaining to read about them from the comforts of home. Strap yourselves in, because this ride gets painful, fast!

To be sure, there’s nothing awesome about torture. But there’s a certain grotesque ingenuity inherent to many of the most horrifying medieval torture methods.

Not only could they cause pain, but they often played on psychological fears, showing that even in the dark ages, the study of the mind was alive and well. It was merely being horribly misused to manipulate accused witches and dissenters against the church into confessing to crimes against God they didn’t commit.

For those of the macabre mindset, here are 26 fascinating medieval torture devices.

So, what is the pear of anguish? Particularly hideous, this simple mechanical torture device would be placed inside the orifice of a person and then gradually expanded. The kindest use was in a person’s mouth where it would ultimately shatter the skull, causing death. More gruesome is when it was used on parts in the lower half of the body which were rarely fatal, but excruciating.

The first of many fixtures on our list of medieval torture devices that shows the fascination of ancient torturers with people’s nether regions. The Judas Cradle (also known as Judas’ Chair) is a massive pyramid that would be inserted into the anus or vagina of the victim, who would then be lowered onto it, stretching them out grotesquely.

Not just a rocking metal band, the iron maiden torture device is truly the stuff of nightmares. It was an enclosed structure lined with spikes that would entirely surround a person. They would be left inside for interminable amounts of time, unable to do anything but stand, lest they be pierced by the metal protrusions. You can guess how it might go once the legs started to tire out.

Similar to the Judas Cradle, the Spanish Donkey is a triangular board that a person is forced to straddle, putting their full weight right on the crotch. Weights are then added to their feet until it splits them up the middle. Really makes you wonder what the medieval fascination with vagina torture was…

Easily the most famous of medieval torture devices, the rack was used to stretch heretics by pulling on their ankles and wrists, in theory until they rent in half while torturers made a wish. Usually, though, this macabre torture rack just ended up pulling limbs out of sockets, leaving victims to contemplate their sins–whether real or imagined.

Not to be confused with the French Tickler that we’ve all got tucked into the bottom of our sock drawer for anniversaries, this is a set of claws meant to dig into the skin and penetrate down to the bone. It is then yanked away, pulling flesh and muscle with it in great chunks. Obviously, medieval torture methods didn’t have to be overly elaborate to be effective!

One of the simpler but effective medieval punishments, the iron torture chair pierced a person’s body at every point of contact. These points would go in deep enough to break the skin, but not far enough to damage any vital organs or major arteries. The person wouldn’t even bleed very much, since the chair would plug the wounds until victims were removed.

One of the more cruel and unusual punishment examples, the collar was meant to hold the neck in a single position. And, it was tightened just enough to be uncomfortable. The real torture came after days without being able to lay down, rest your head, eat, or swallow.

Simple biology was the greatest enemy the tub’s victims. A person was bound hand and foot so they could not escape, then their face was smeared with honey. Flies and other biting insects would be drawn to the person where they would eat the honey and crawl into the openings in the face.

Prisoners tortured in this way were force-fed food and water to keep them alive. As time went on, the person would be left in their own bodily wastes, where maggots would be laid that would eat the person’s body as they decayed, still alive. The agony of such a slow death makes the tub one of the worst torture methods, in our book.

Not the traditional coffin where a body is buried, but a simple hanging cage that holds someone aloft. Coffin torture saw birds peck away at the victim, as passersby could beat them or threw things as they saw fit.

There’s several variations on the medieval pillory, of which the stocks is one. A person is put into a wooden frame that binds their head and hands. They’re then left to the mercy of anyone who deigns to abuse them, which often included everyone in town who wasn’t working.

Along with the coffin, the pillory revealed humanity itself as one of the worst torture devices.

A brutal method of slow-cooking, a hollow iron bull would be cast with a special gate on the side. Victims were placed inside, while a fire was lit beneath the belly. A vent at the nose allowed the person to breathe, but also amplified their screams to sound like a bull’s bellows.

A simple cord, the strappado would be tied around the victims wrists behind their back. They would then be dropped, yanking severely on the sockets of the shoulders. The forward leaning of the body and dislocated shoulders restrict breathing, for added discomfort.

A simple set of pincers, the shears would be heated up to red hot, then used to pull a person apart piecemeal, relying as much on the torturer’s savagery as the device itself.

A small ball on a handle, the sprinkler was one of the particularly nasty torture tools of yore. It would be filled with molten lead or boiling oil and then used to dribble the searing liquid onto a person’s body. Usually this torture ended whenever the torturer felt like pouring molten silver into the victim’s eyes, killing them.

The most famous of Roman execution methods, the crucifix remained in use for centuries as a torture device.

Individuals can be nailed to it or bound by their hands and feet, then left to be pecked at by birds, abused by locals, and suffer the ravages of exposure for days without perishing. Brutal.

Smashing and mashing seemed to be in vogue during medieval times, and the brodequin is evidence of that. A set of boards would be fitted around a person’s legs, and then wedges would be hammered into the gaps, often causing bones to literally burst through sheer pressure. Definitely more creative than death by sawing, but much less savory.

An example of a pillory-type device, this was mostly used for women who men deemed worthy of punishment for whatever arbitrary reason. They would be bound in this hideous contraption, which prevented the woman from feeding herself. It also left her defenseless against whatever cruelty passersby might feel like dishing out.

An aptly named tongue torture device, this would be stuffed into the mouth, tightened down until it held the tongue firm. It was then pulled gradually away, yanking the tongue (and any clinging meat that decided to go along for the ride) out of the person’s head.

Another device implement of medieval torture for women exclusively, the spider would be heated up and shoved into the breast tissue, then pulled away, taking along much of the mammaries with it.

There’s a lot of variations on boot torture, with all of them intended to cause severe trauma to the lower extremities. Most often, the boot would be a pressure device made of wood or metal which could be tightened to mash the meat of the leg to pul. It was often lined with spikes for extra fun, and was in any case quite capable of breaking bones like a slower Brodequin.

Thumb screws torture is the common name for Pilliwinks, which have a deceptively cute title. These took several forms, including the “head crusher” which was likely named by a 4-year-old; and the “knee-crusher” which he also labeled. They all do the same thing: Twist the plates like a vice, and they crush the thing between them.

Another piece of neckware that tended to be fancied by the church, these would be placed between the lower jaw and the throat. Lower your head and it will kill you… if you’re lucky. The heretics fork was a macabre way of keeping sinners looking up at God.

Here, people were suspended on a swinging arm out over a river and then dunked repeatedly in the water. Sometimes they would be bound in a bag, which would add disorientation to the waterboarding type exercise.

The medieval torture wheel is something of a misnomer, as it was merely the thing people were strapped to. Here they would be tied in awkward poses, then have their limbs smashed with iron cudgels.

The name is a bit of a mystery, though the inventor was named Skevington, which might have something to do with it. Used to wrap a person into a crouch and then crush them into a tiny ball, the glory days of this were during the reign of Henry VIII.

Well, that was fun, wasn’t it? If you’re still reading, you probably have a strong stomach–or just a taste for the macabre. In any case, we hope you’ve taken something away from our list of medieval torture devices. Humanity can be pretty ugly, and we’re not exactly above making life hell for others even today. Still, it’s comforting to think that we’ve collectively moved past some of these more gleeful implements of pain and death.

Which of these medieval torture methods do you find the most unsettling? Do you have any suggestions for others we might feature in a future update? Leave us your thoughts below.

32 comments
TheCoolist is supported by our readers. When you buy through links on our site, we may earn a commission. Learn more.
Join TheCoolist
100% free, unsubscribe anytime.
Related Reading
Let's connect