Hear Johnny With The 17 Best Soundbars

Gather ’round kids, to hear a tale. A tale of televisions that were giant boxes full of dense picture tubes made of weighty glass and wires. These boxes were beasts that only the Creatine colossi among us could lift and move, often causing permanent damage to their toiling backs as they tried to place these behemoths away from the glare of the sun. Though flat screens, plasma, LCD, LED, and OLED televisions have freed us from muscling these monstrosities around our homes, they have also reduced the amount of space our TVs have for speakers, making their sound something less than fresh. The solution: soundbars.

Soundbars are a smart way to add supplementary audio to your television with directed sound that goes where you point it. They also provide enough space for the speakers to boom and bang, rattle and hum, or just clarify dialog in all the many shows and movies that think “drama” means a bunch of gravelly-voiced men muttering dire warnings to one another. They can also incorporate easily into a home theater system, which is indispensable for immersive sound. You just have to know which one to buy. Hence, the 17 best soundbars for audio clarity.

Managing to get a decent soundbar under the $100 mark is a feat that many attempt, and few execute well. When every penny must be squeezed but sound cannot be sacrificed, there’s simply nothing that cranks music and captures spoken and slamming sounds better than the SB2920 at this price, and few that do it even if you double your budget. Purchase: $80

Relatively unknown in the wide world of audio, Richsound Research is proving that a wide selection of connectivity options can come in inexpensive packages. It’s smart, and produces cinematic effects that are a pleasure to behold, all while looking intentionally understated. Purchase: $110

As is the case with the modern television market, Vizio is the inexpensive brand to beat. Setup with nearly any home system is a snap, Dolby and DTS are ready right out of the box, and the wireless sub brings home loads of bassy bacon while also being a demure little chap that’s easy to be heard, but not seen. Purchase: $148

Most soundbars assume that you’re trying to get as much as possible, which isn’t the case for those of us in constrained quarters. A fraction of the size that most bars have, the Mini focuses more on accuracy than rattling windows or waking the neighbors. Also handy for guest rooms, bedrooms, or that “research” TV in a home office. Purchase: $270

Replete with connectivity options that include HDMI, Bluetooth, and even operation over your home network, it interfaces seamlessly with Spotify, Pandora, and Google as well. You’ll also get a load of features that are rare at this cost, like streaming across multiple rooms, and blending between the bar and sub that makes the system feel like a cohesive whole. Purchase: $350

A minimalists dream, the use of a flat sub for beneath the couch and a pair of rear box speakers provide depth that complement the wee profile of the bar itself. Though it can play music well, and has multi-room functionality, neither one is astounding. This is a devoted theater system that makes movies and television come alive, but skimps a little in other areas. Purchase: $359

The YAS line from Yamaha is without a faulty fixture. The 203 merely stands out as the ideal mid-priced setup for use in homes of nearly any size. The easy controls work with either the remote or the Yamaha app, which is handy for anyone who likes to devote their home to a single brand. Bass lovers will not only be happy, but might find themselves turning down the extreme bumping. Purchase: $400

Now that 4K televisions are sliding into more homes, purists are discovering that their old soundbars can’t quite keep pace. Which is why the SB450 uses 4K passthrough to sustain pristine audio without degradation. If you’re married to as many K’s as you can get from top to bottom, here’s the way to go. Purchase: $400

Warm and smooth are the watchwords here, along with “cost-efficient.” There’s a depth and richness to every word said or note played that will run over you like warm honey…if you’re into that sort of thing. If it has any fault, it’s the tall build that doesn’t always sit perfectly on a shelf with your magic picture box. Purchase: $400

Subwoofers are the primary way to get a lot of bass, but adding in the extra box can be both a needless expense and a waste of space. Geared to give you a strong thump in a more modest package, the Sound+ system syncs the speakers to better throw sound, giving the low end plenty of meat, and providing deep audio quality for wherever you are in a room. Purchase: $448

Within this lengthy 57″ bar is a pair of subwoofers that meld with the tweeter array to toss out jarring bass to the sides, while landing dialog right in the heart of it. The leveling smooths out the entire experience so you’re not constantly adjusting from scene to scene to keep your ears from bleeding. Purchase: $500

The slender build is as misleading as Jessie Graff’s slim frame, since it packs not only power, but smart connectivity that will work with almost any setup under the sun. It can handle 24-bit audio, has 4K passthrough, and with Google Cast it works with any app you want to throw at it. Purchase: $598

The first thing the SoundTouch does isn’t dazzle with output. Instead, it begins by listening to your room to get an acoustic profile of the space. Using that it maximizes the soundstage, finding the sweet spot for delivering vocals and pushing power without muddying up the mixture. Purchase: $625

A soundbar, sub, and set of rear speakers come in the box, making the K950 ideal for anyone who wants a one-time purchase that will allow all the various parts to talk to each other without complex setup. Though excellent, anyone who loves their Dolby or DTS Atmos will find their listening pleasure restricted by weak use of either. Purchase: $875

Sonos makes marvelous speakers that work with multi-room sound, synchronization, and providing elite audio for people who love music. It does require an optical output, which isn’t universal to all TVs, though that’s about the only drawback to this upright, sexy minx. Best of all, it has a “Night” mode that quells hard sounds while making dialog pop to the forefront. Purchase: $899

Though the tiny size made us nervous, the Playbase once again proved that Sonos has the market cornered on getting loads of quality audio into a tiny package. Able to fill rooms large or small, with both heavy hits and lots of clarity, the steep price seems excessive right up until you actually hear it in action. Purchase: $899

A behemoth at 8 full inches in height, the 5600 isn’t looking to blend in or shrink away. It’s built for 3D sound that is deeply immersive, with drivers pointed in every direction to craft an acoustic experience that sucks you in. Though pricey, the goal – which seems achieved to our ears – is a real theater experience without the clutter of component systems and extra wires. Purchase: $999

21 High-End Bluetooth Speakers for Any Budget: Massive Update for 2021 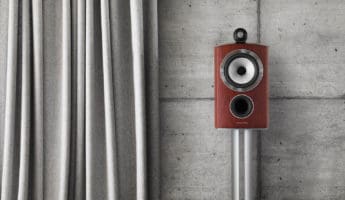 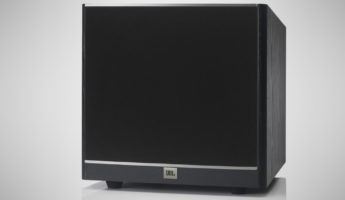 7 Technologies of the Home of Tomorrow, Available Today