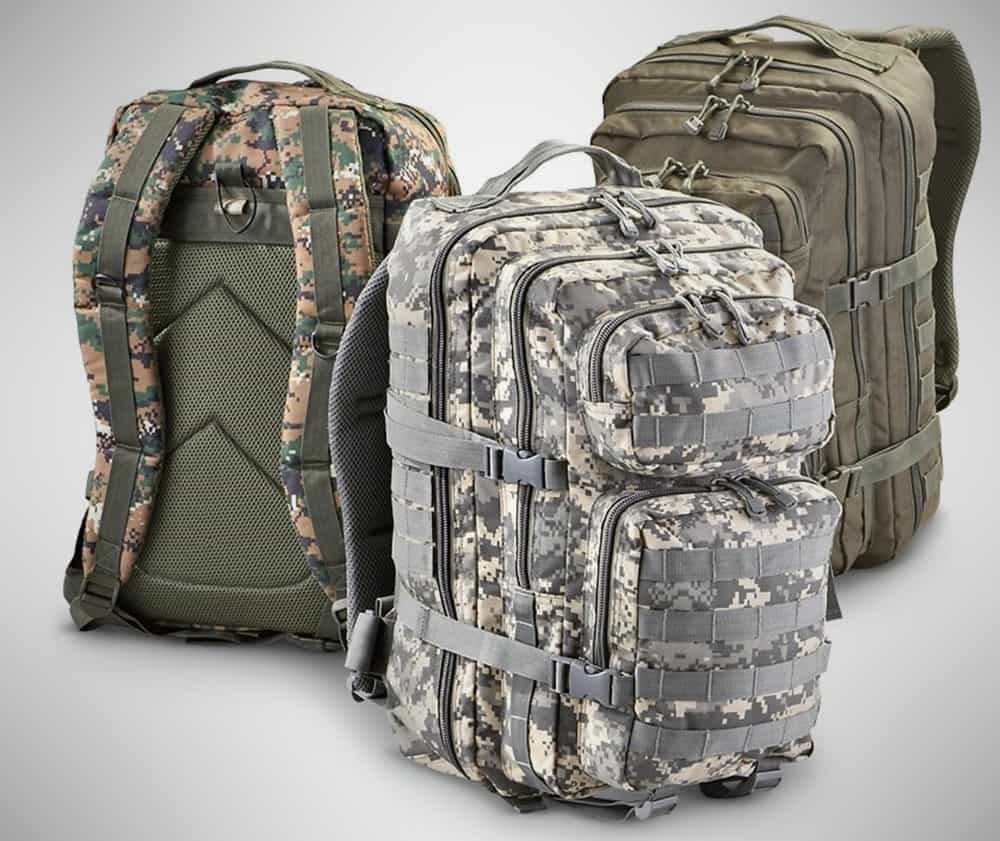 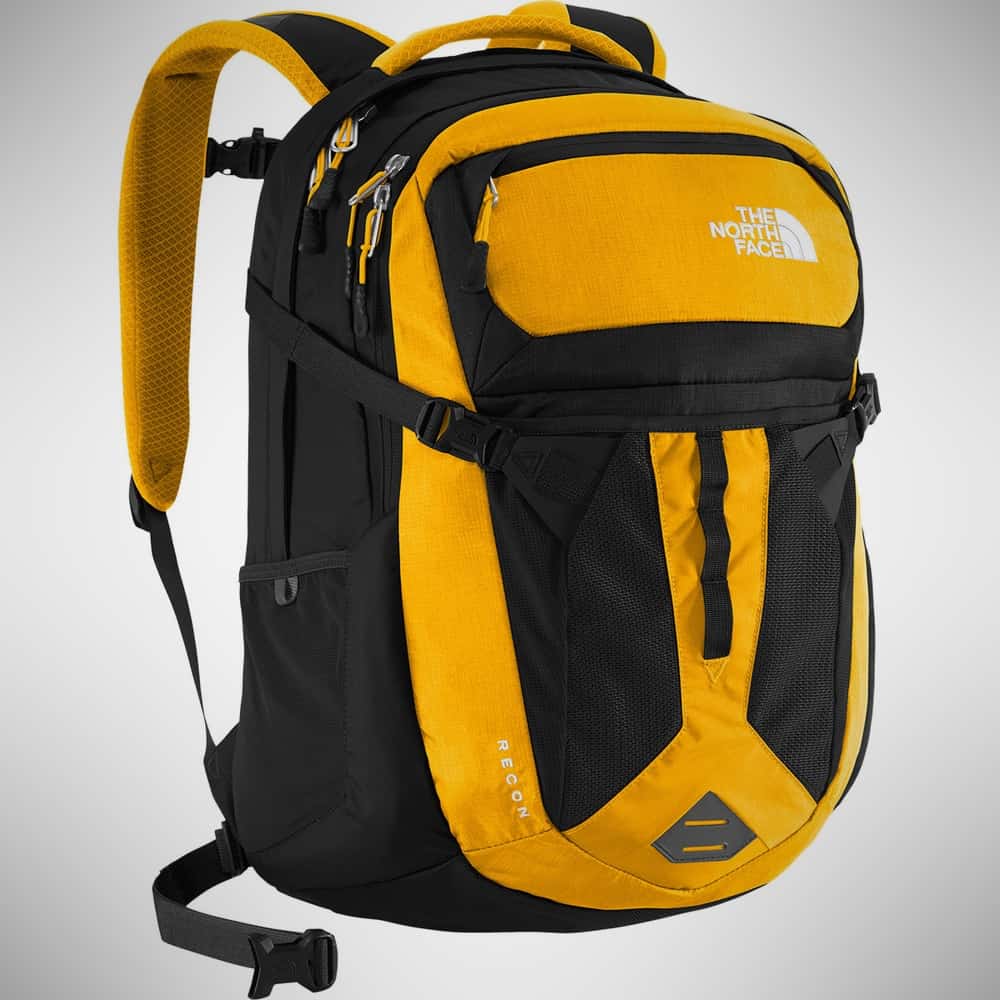 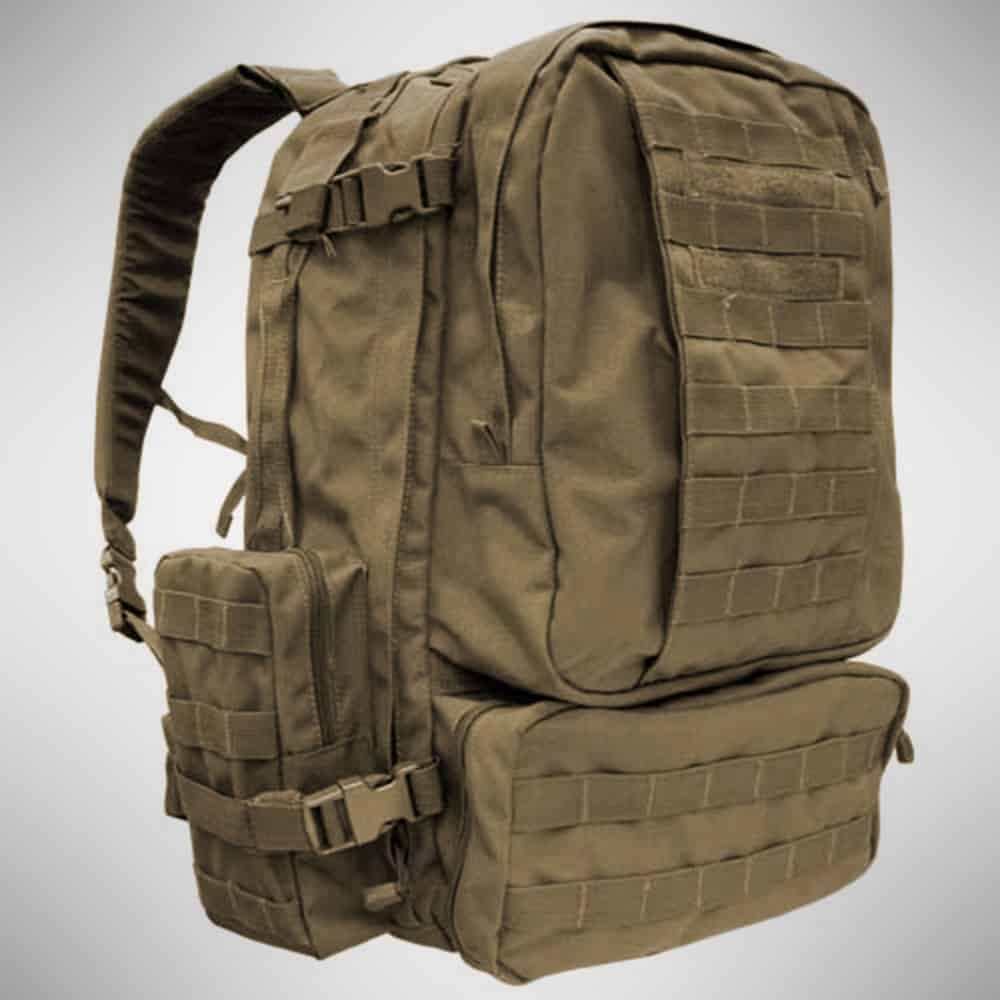 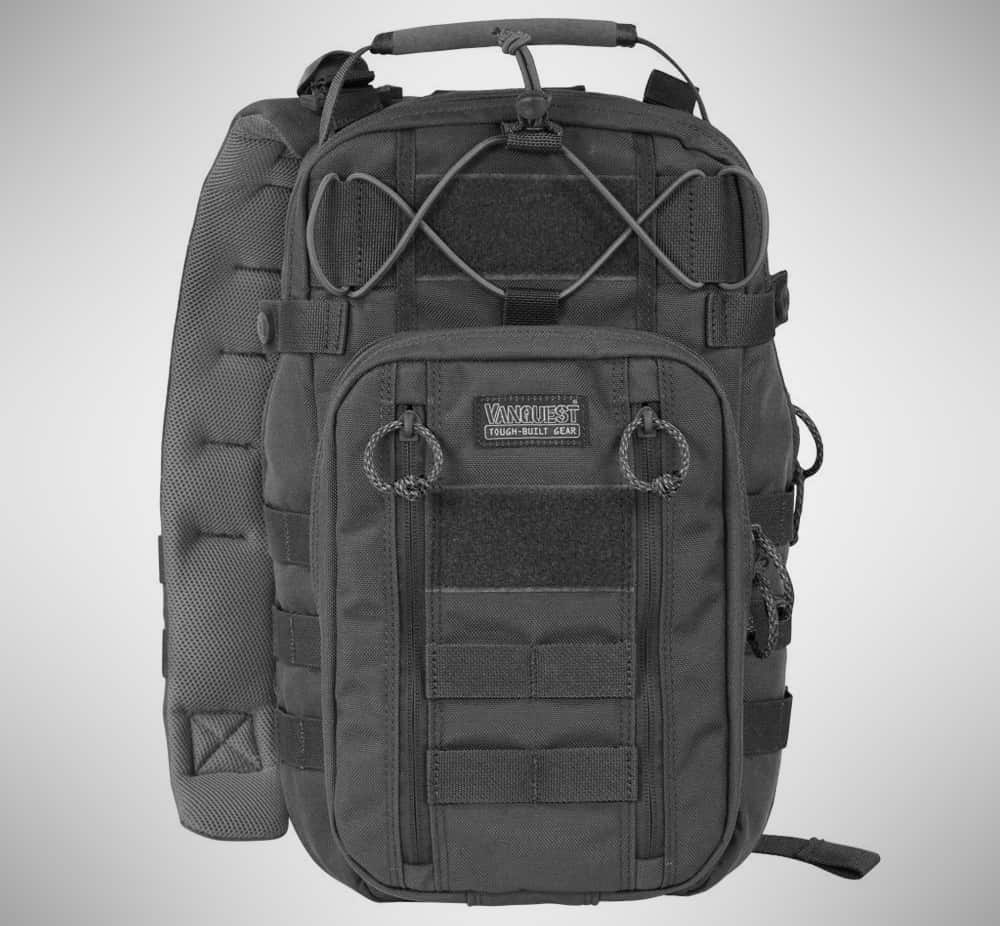 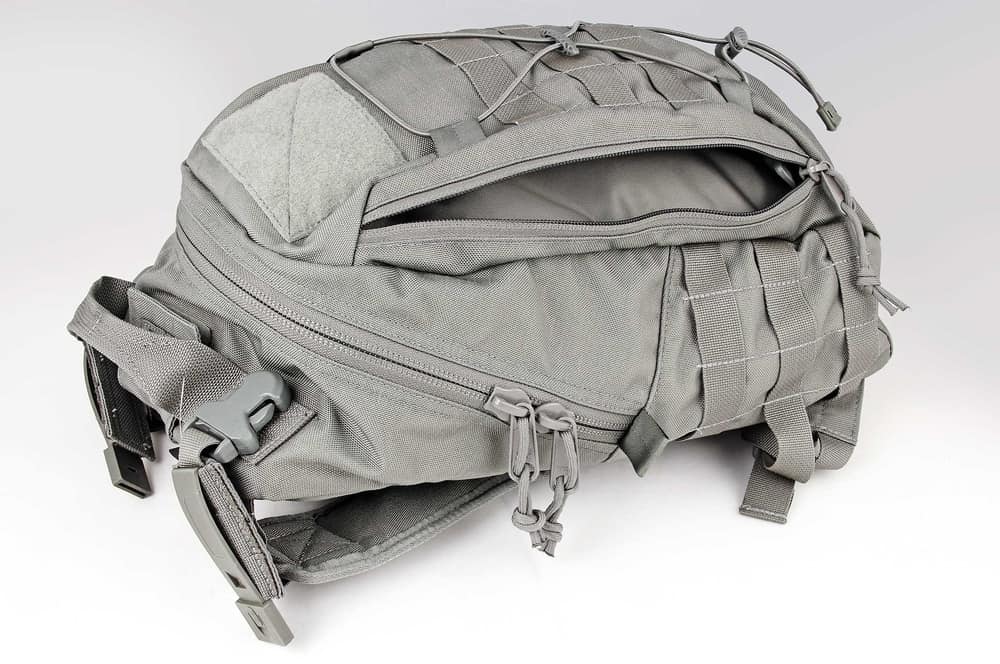 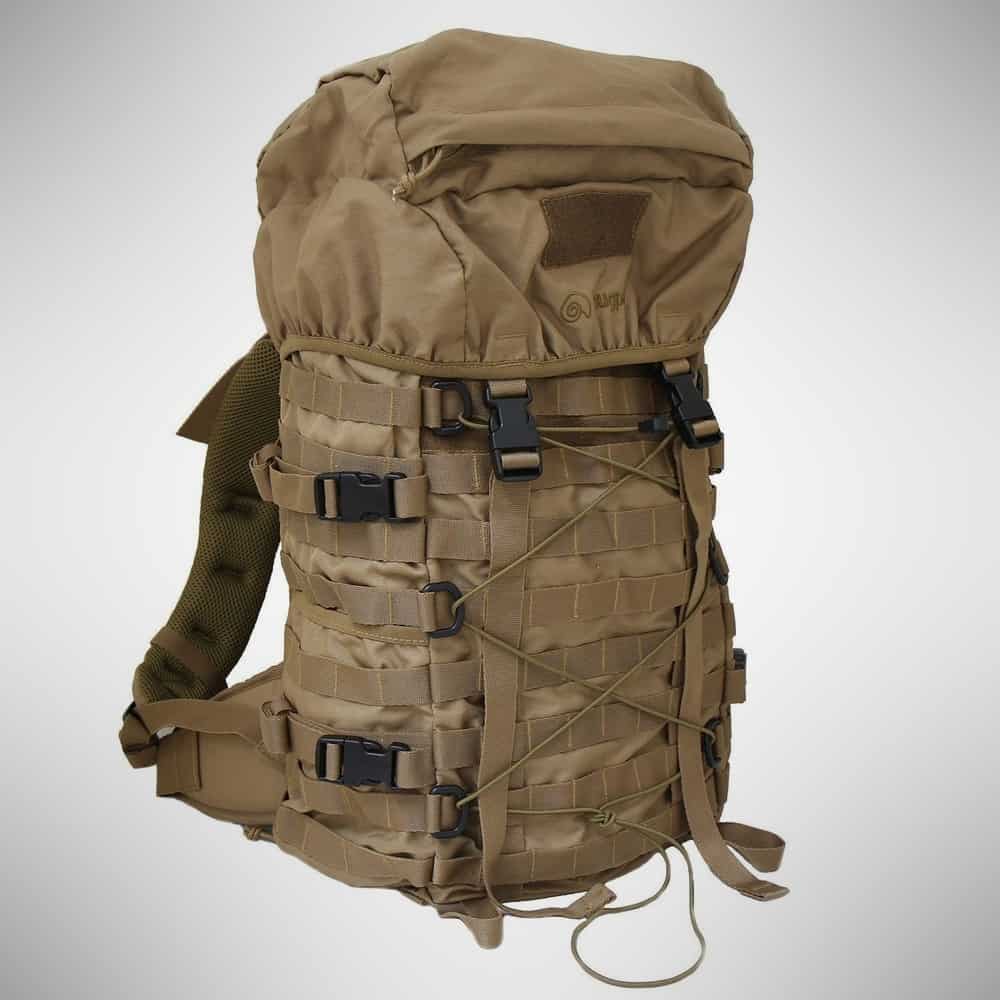 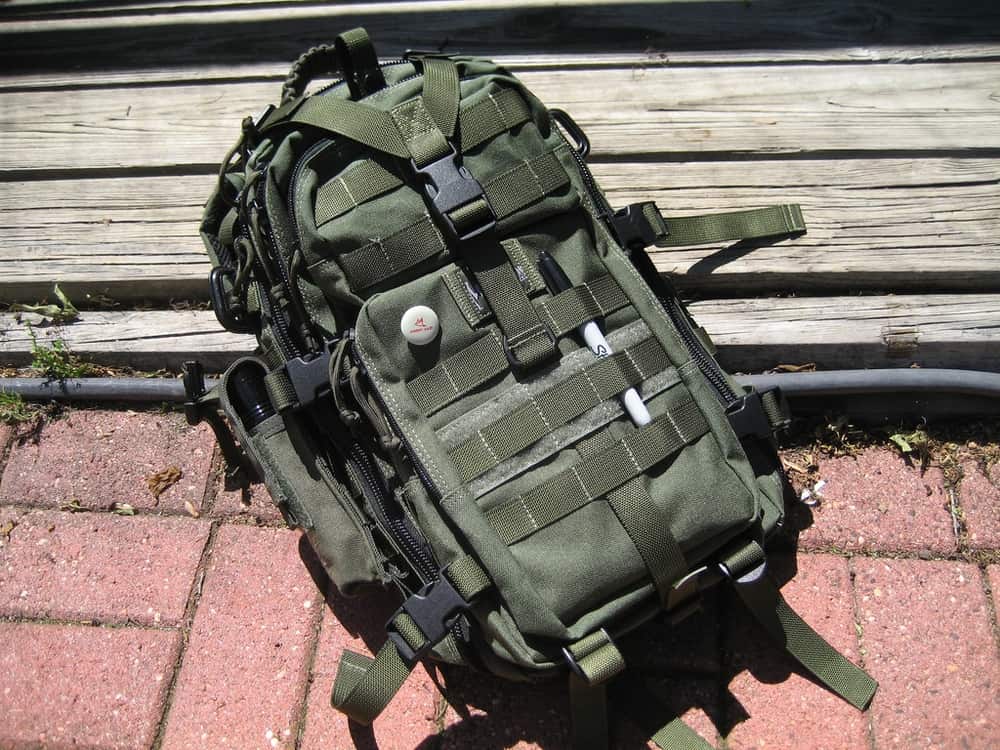 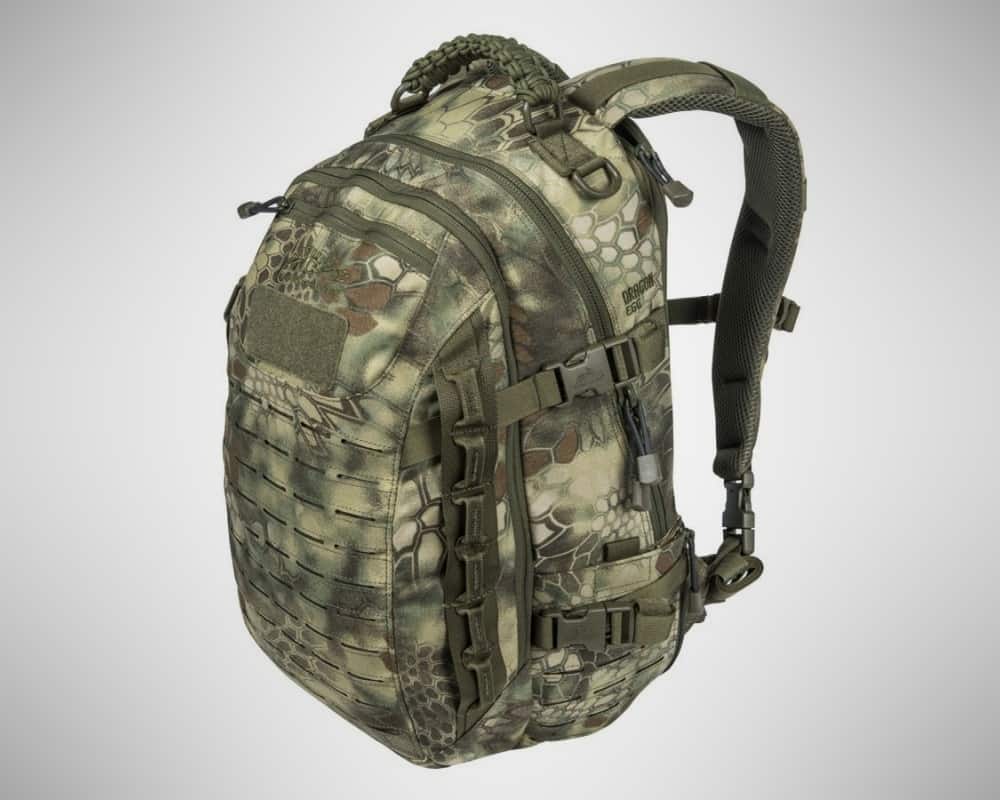 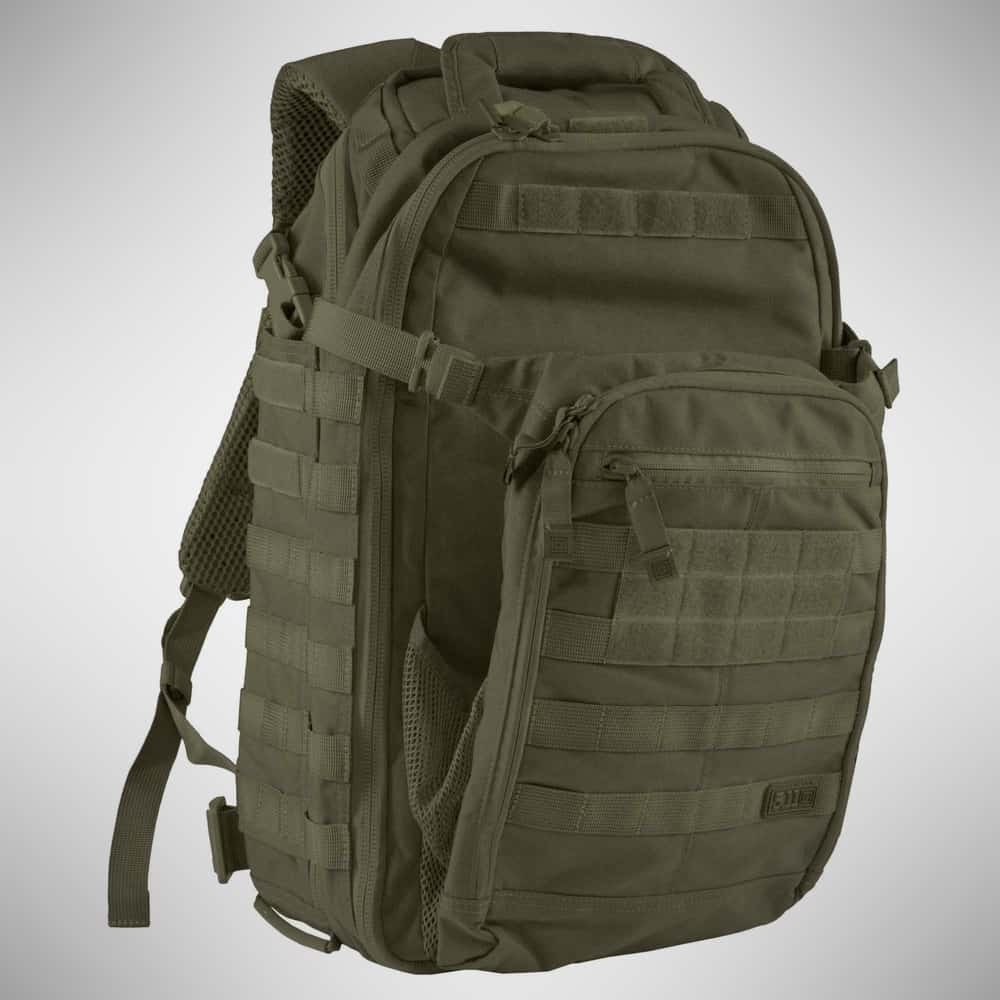 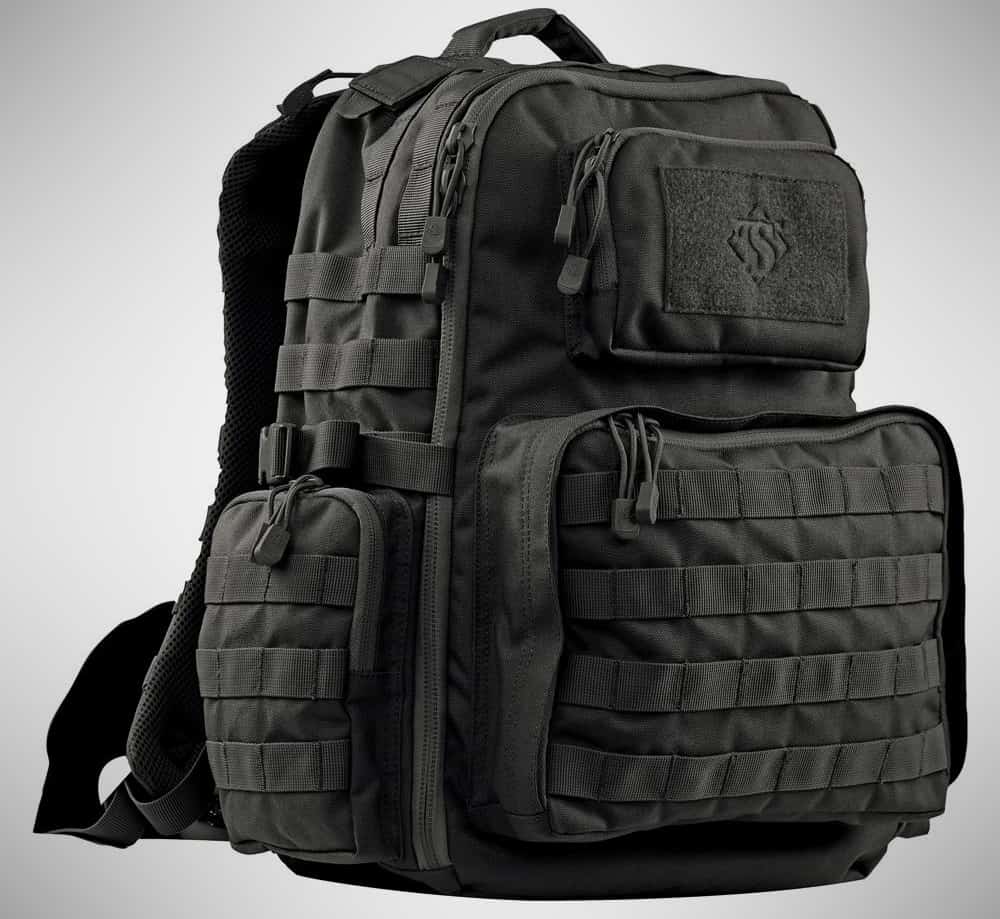 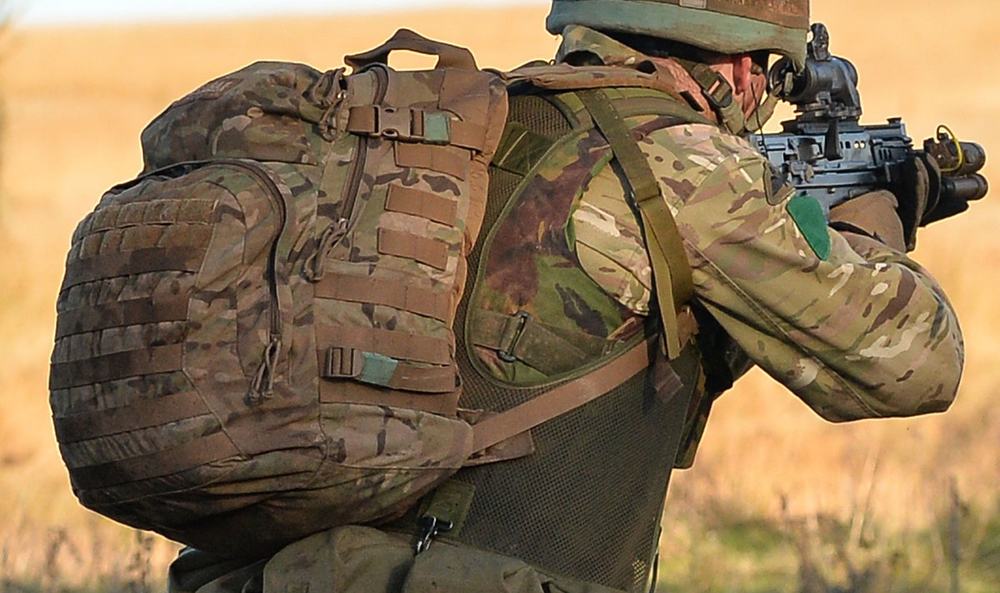 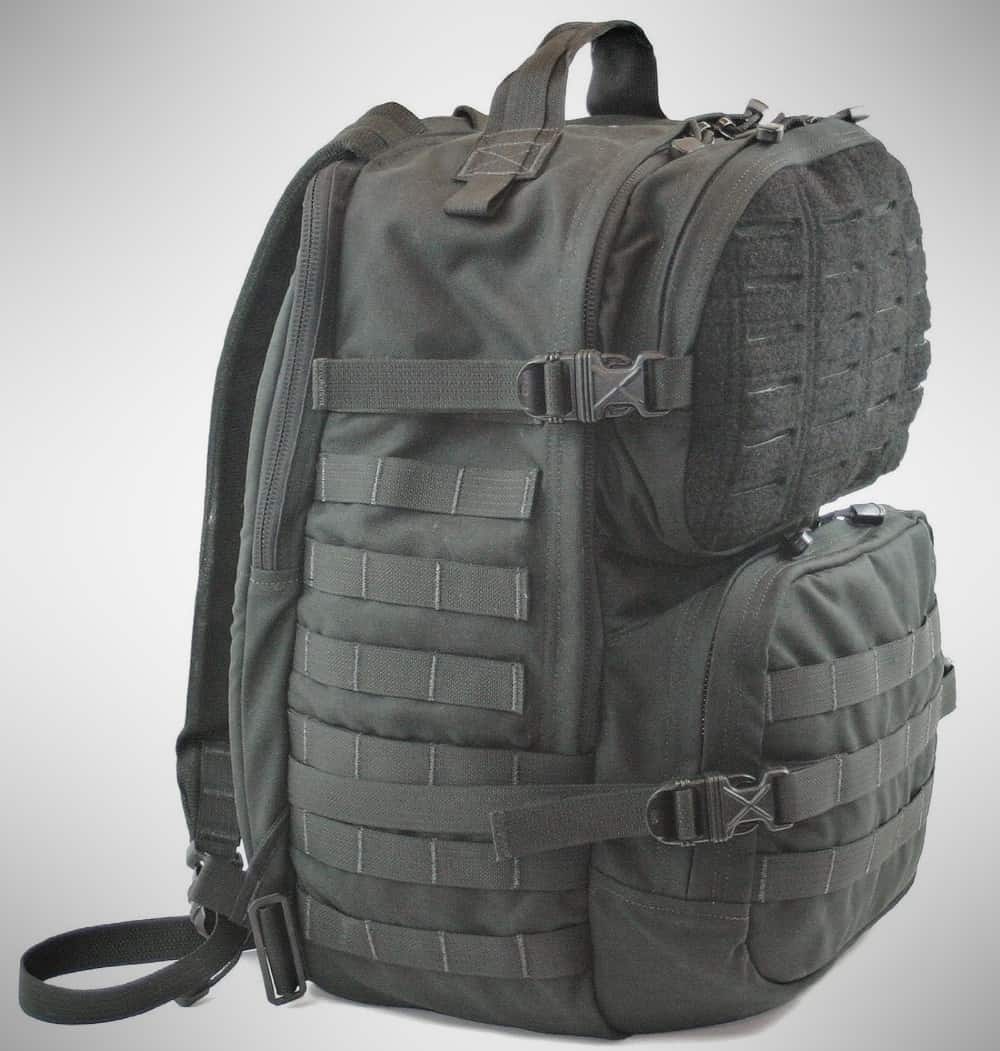 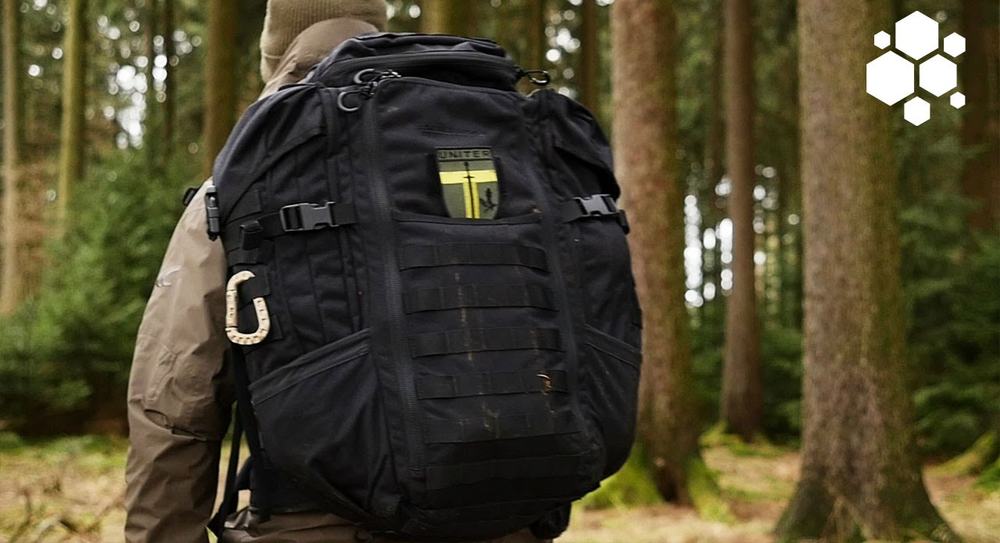 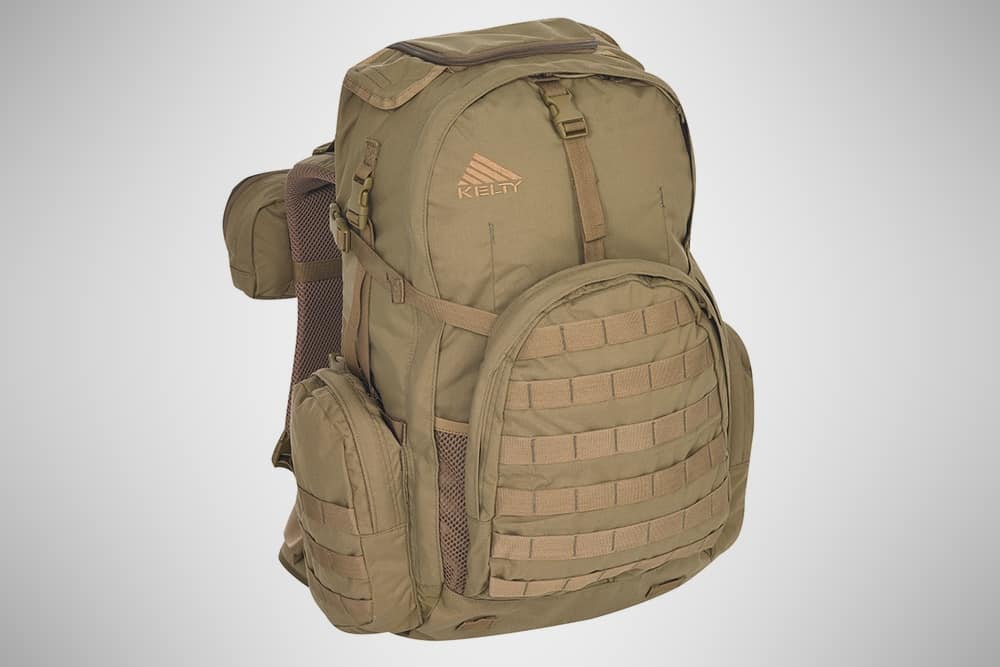 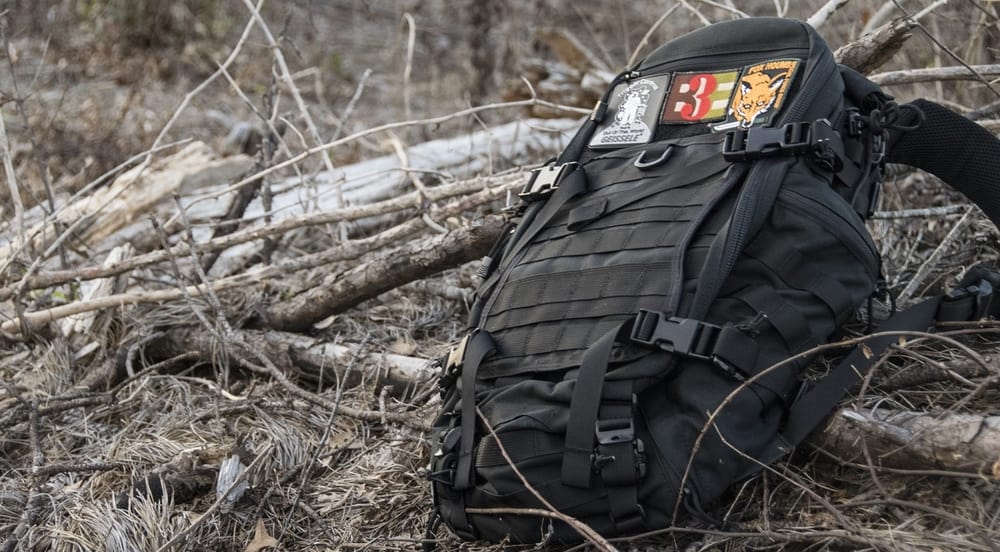 A backpack is a bag for holding things. It’s hard to make that tactical, since one bag is very like another. When discussing turning a piece luggage into a lean, combat-equipped fighter, the first question that must be answered is: How? It’s a simple matter to put a few MOLLE straps onto a rucksack and call it battle-ready, but that does not fit the bill.

True tactical packs are built with missions in mind, giving operators a lot of customization of the inside depending on if they’re doing recon, hunter/killer missions, sabotage, or simply going on a day hike.

Real tactical packs also step up the durability to the point that they’re nigh indestructible, and are replete with hidden stash spots for secreting away a weapon, a jump drive with the Death Star plans, or a message to the wetwork pro who will find your body.

Finding the level of flexibility and resiliency that a tac-op bag should have can take a lot of digging, and if you’re serious about needing it, your life could be put in jeopardy should you pick a pretender. Don’t gamble with your blood, sweat, and more blood. Take one of the 16 top tactical backpacks and get to work.

If your spouse just brought one of these home, get ready for them to leave you, because this is a serious bag for serious people who are seriously never coming back. Though you can go bigger than the 2,100 cubic centimeters, it’s the webbing and handles atop, around, down, and under this bag that make it clear it’s just the base. The triple straps are the tale here, giving adjustable relief that makes this bearable for hours of trail wear.

Though not as traditionally “tactical” as the other options here, the Recon is a smart backpack in that it uses tactical elements to create a good day pack that is cost efficient and doesn’t have the miles of MOLLE or extra features that average tac-pack users don’t actually need. If you aren’t headed for a survival mission but would like some 210 Denier Cordura in a slick, sleek, go to the end of the world bag that’s dressed down and modern, here’s how to do it up right.

7 compartments intended to carry every survival item you require for living out of this for 3 solid days, this is the bug out bag serious survivalists suggest. More than 3,000 cubic inches of space inside outfitted with sleeves for hydration bladders, D-rings for expansion and extension packs, and it has a deep foam back panel for both support and ventilation that guards against sweaty-back syndrome. Ooh-Rah or bust.

Going in an asymmetrical direction, the Javelin looks a little awkward at first, but the design is intended to land at your body’s natural load-bearing points for an even distribution across your entire back to prevent walking cock-eyed. Built with 1000 Denier cordura and neoprene handles, the large number of small compartments makes this a good field bag for medical, electrical, demolition, or photography work. Top or side access gives it a convertibility that’s welcome in a tactical bag. Purchase: $85

Made to attach to other MOLLE or PALS systems, the Operator Pack isn’t made as a standalone, but as a spare 1,100 cubic centimeters of 1000 Denier Cordura, ready for those spare bits you can’t leave behind.

We can’t force Snugpak to change their name, but it’s on our To Do list. In spite of the cutesy label, this is a serious sack for people with serious sack. It’s only 1,400 grams, having been made for rangers who must move quickly across varied terrain. Unlike most tactical backpacks, this is made for keeping your survival essentials only, which is why it has a huge central compartment, but few pockets for organization. The huge range of MOLLE straps all over this bag are where you do your organizing.

Though not traditionally a backpack, the Plan-B’s cross-body build allows for quick access from the left or right, which adds field facility, even if it breaks from the mold a bit. 1080 cubic inches worth of gear storage, webbing from tip to tail, and an integrated system that can work with your favorite water bag, this can make a traditionalist into a sling-bag convert.

You’ll never go wrong carrying a Maxpedition, so it’s buyer’s pick. We prefer the Falcon-II because it uses a Y-shaped compression strap in the middle, unique to its design. Using that seems to distribute weight more evenly, keeps parcels in place during serious action, such as taking a tumble down a ravine slope, and makes the carrying feel incredible. That’s to say nothing of the side-buckles, dual-open zippers for clamshell storage and easy access, as well as the 1050 Denier build. Whew, it’s a piece of work.

Weight concerns brought the Dragon Egg from it’s original design, which called for 1000 Denier Cordura was downgraded to 500-D, because this bag needed to be light as gossamer to achieve its goal. The balance of the 500-D means a tad less rip resistance – though you’ll be hard-pressed to notice it – but far less weight than many similar bags. This mixture creates a capacity of 1,500 cubic inches that can be carried by smaller soldiers comfortably.

You’ll never stray far from quality with 5.11’s tactical gear. Though their Rush line gets more attention, the more basic All Hazards Prime has a straighter build. Constructed using input from MACTAC (Multi-Assault Counter-Terrorism Action Capabilities) instructors, the layout is made specifically to give you access to all your gear, and keep it precisely where you expect it to be. Should you drop something, hi-vis orange lining makes it pop out, day or night. 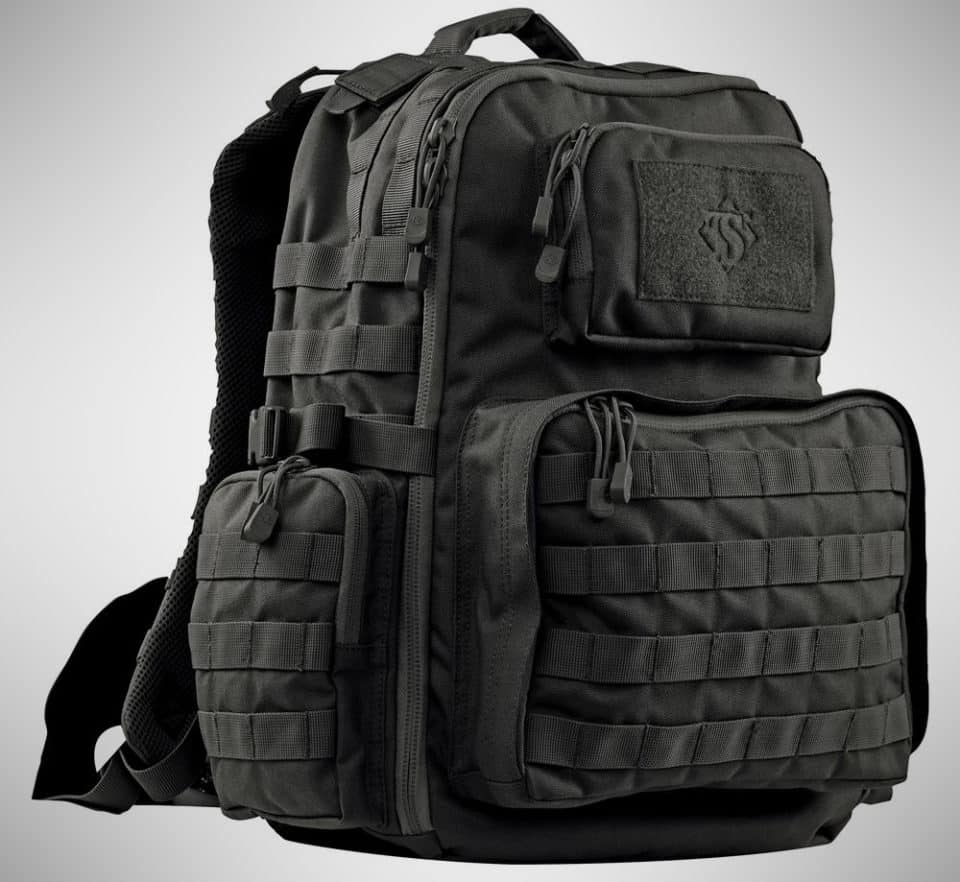 Fashioned with a beaver-tail build, the ability of the Cyane to work with everything from bedrolls to small coolers to yoga mats and suitcases of PBR easily puts it in the realm of irregular tactical packs to have on hand. Though the 500 Denier nylon doesn’t astound, and organization is limited, having the ability to carry oddly shaped items with ease makes this a specialist worthy of a nod. Purchase: $164+

The advantage to a CamelBak pack is that it comes pre-loaded with hydration gear, so sipping isn’t an issue. The Motherlode is more than that, however, also being an incredibly comfortable backpack that has 2,200 cubic inches of storage along with quaint little MOLLE straps for a few additions. Good for a basic bag with built-in hydration and straps that make this feel pounds lighter than it is.

Guaranteed until the day an enemy sniper puts one in your dome, The T.H.E. (Tactical Holds Everything) bag is 2500+ cubic inches worth of stash space that’s made of 1000 Denier Cordura down home in the United States. All Spec-Ops systems (MOLLE, PALS, etc.) will work with this, and it has outlets for headphones and hydration tubes for life on the road.

That long, lean body hides more than 2,000 cubic inches plus a whole PALS (Pouch Attachment Ladder System) compatible loop array for building this up or breaking it down as big or as small as it needs to go. Should the rains roll in, you can pull up a waterproof cover from the base, and should the sun shine too brightly, easy-access hydration pouches on either side solve that problem handily.

Made for radio operators, the Raven has a large main compartment where the hardware for a mobile radio would ordinarily go, creating a large, central space with several smaller pockets orbiting around it for easy reach. Though made of 500 Denier, points of contact and wear are reinforced with 1000 Denier, as are areas likely to receive tension, so pulling things out or off is a difficult undertaking.

The thing to know about Triple Aught Design (TAD) is that they go full out when it comes to MIL-SPEC materials, and they don’t put out a single item that isn’t made to go into the field. MOLLE, PALS, and a removable aluminum back panel give you loads of options for how you use this, which is to say: Take it everywhere. While highly adjustable, the single constant is the comfort of the ventilated gel and foam padding. Purchase: $340+