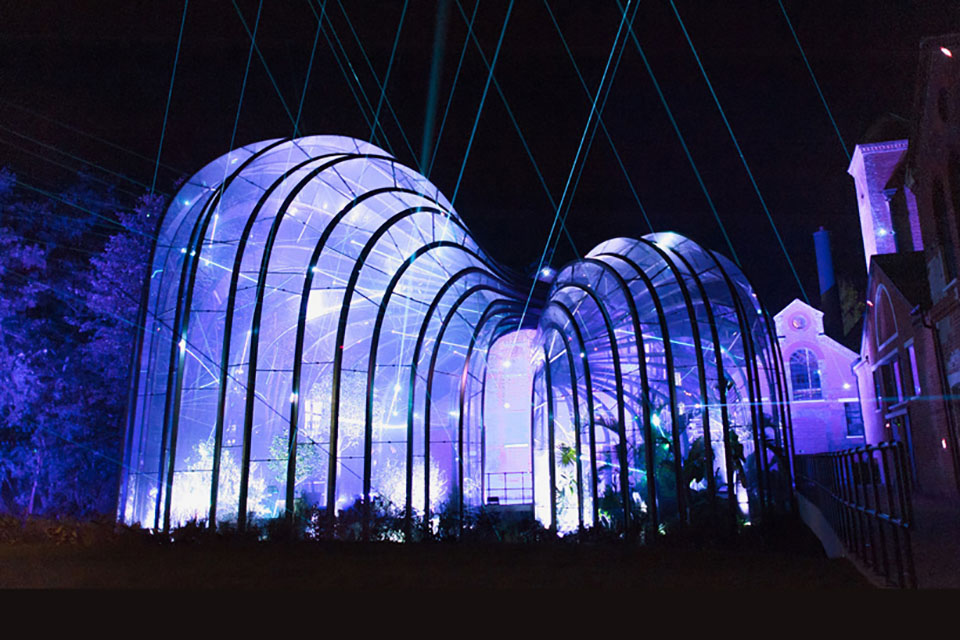 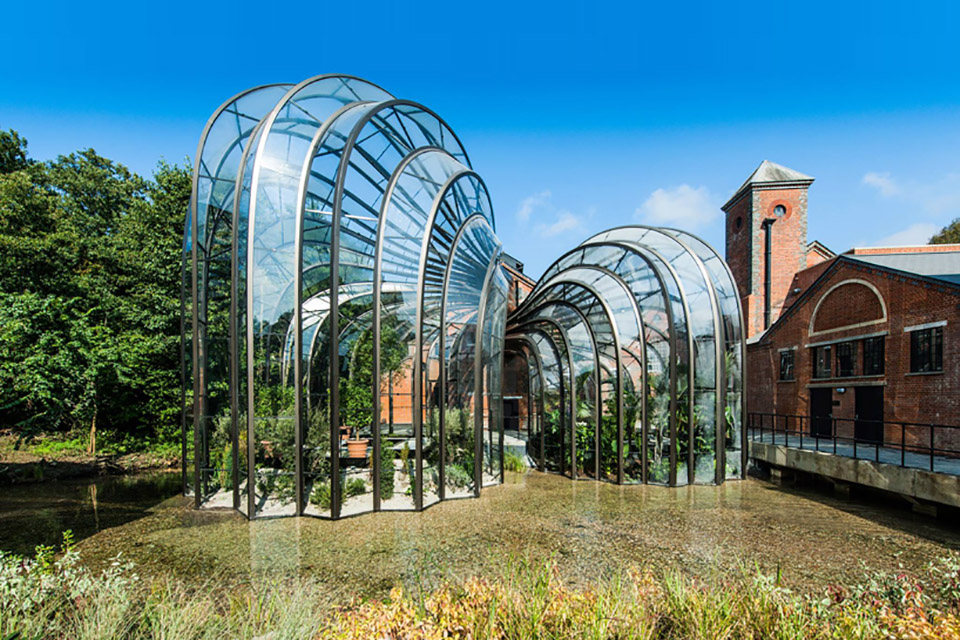 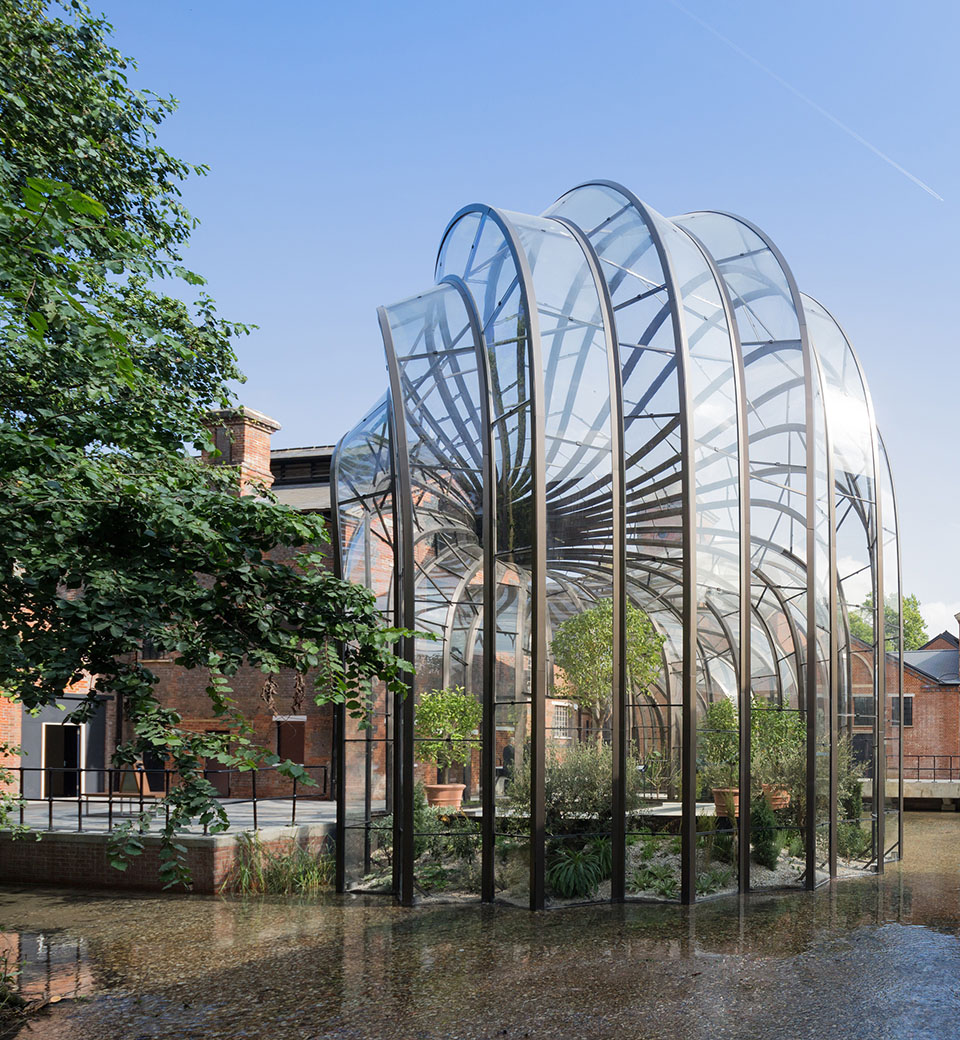 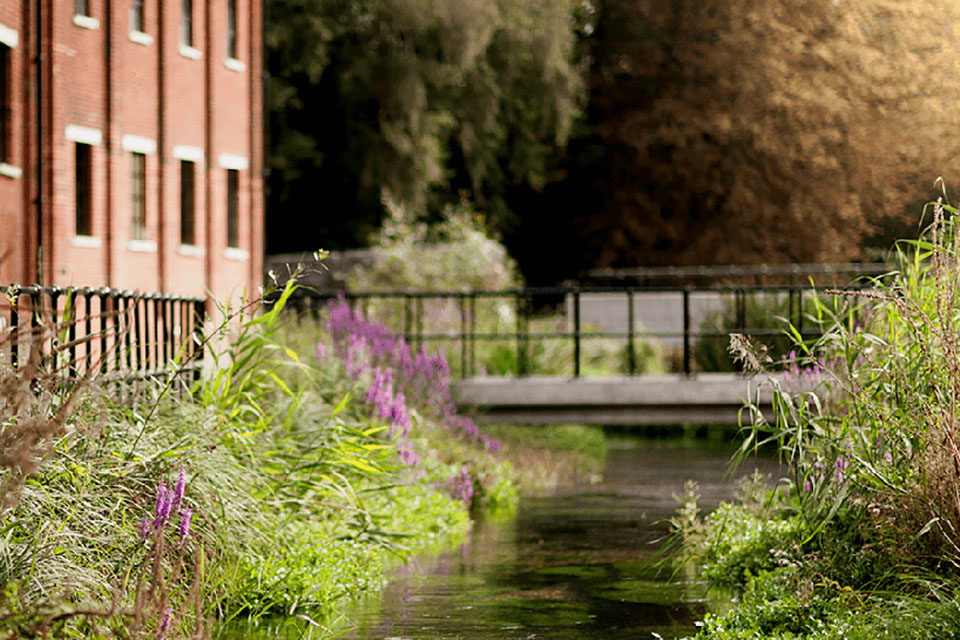 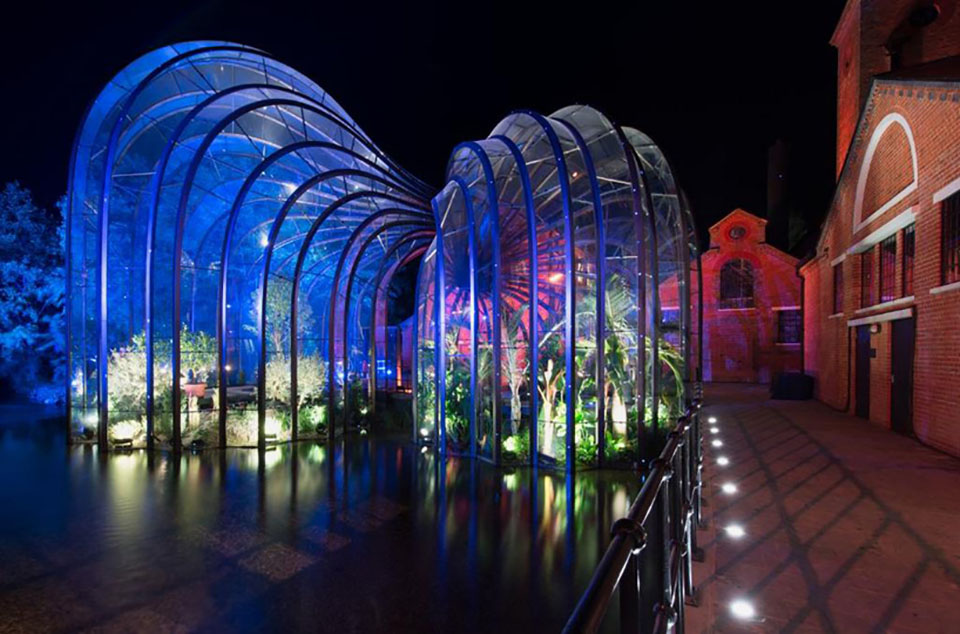 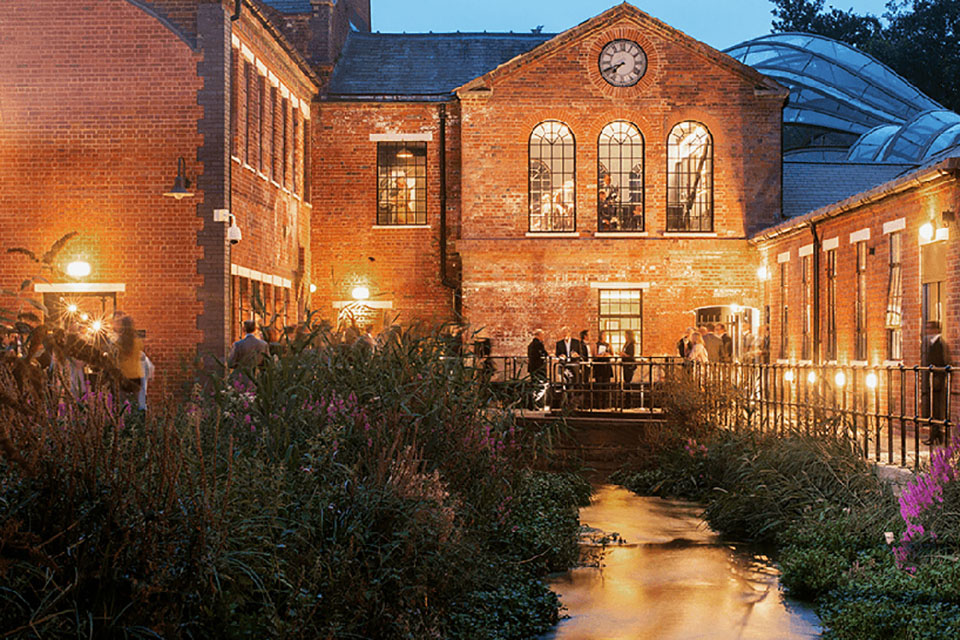 Bombay Sapphire has tapped British architect Thomas Heatherwick to champion a new distillery facility in Laverstoke. The new Bombay Sapphire Distillery is a massive work of restorative architecture, a project that re-imagines an historic paper mill into a distillery and office space for the company. It is both a production facility and a new face for the brand, one that will welcome touring guests and employees to engage the brand on a new level.

The new Bombay Sapphire Distillery comprises 23 renovated brick buildings on a large campus in Laverstoke. Other buildings were in greater disrepair and were removed from the facility, and the remaining structures were maintained around a central pond courtyard. In this courtyard stands architect Thomas Heatherwick’s signature element, a pair of sculptural greenhouses that are heated from the distillery inside. These structures house plants that live year round off of the heat of the boiling Bombay.

Before moving into this new facility by Heatherwick, Bombay Sapphire housed their business in separate locations. This new brick and glass campus will serve as a single home for Bombay Sapphire’s business, one they plan to keep long into the future.

The new Bombay Sapphire Distillery opened this month in Laverstoke, UK. It is the culmination of 10 years of work by Thomas Heatherwick, who initially won the prize to design the building back in 2004. Heatherwick has produced a number of remarkable structures around the world, including the seed cathedral of the Shanghai Expo 2010 which represented the UK. This is the first of his structures to be built inside his native country of England, a point of pride for both architect and client alike. 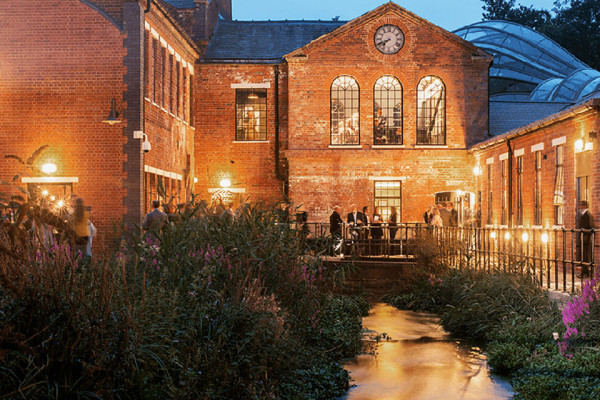 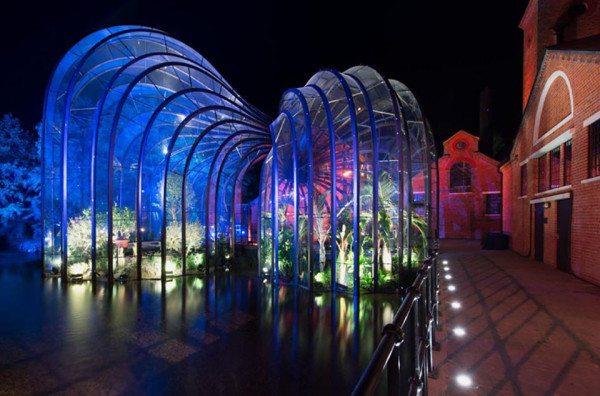 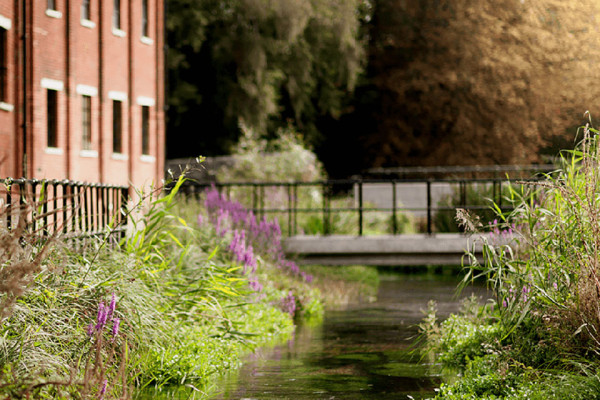 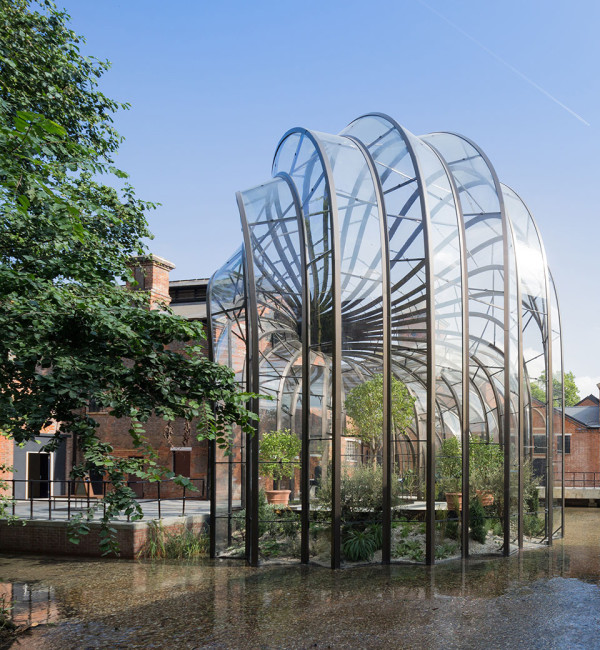