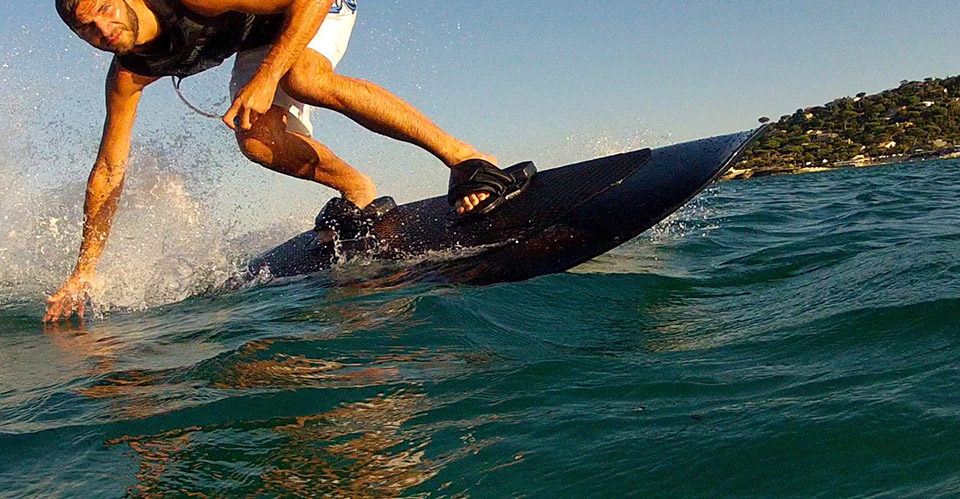 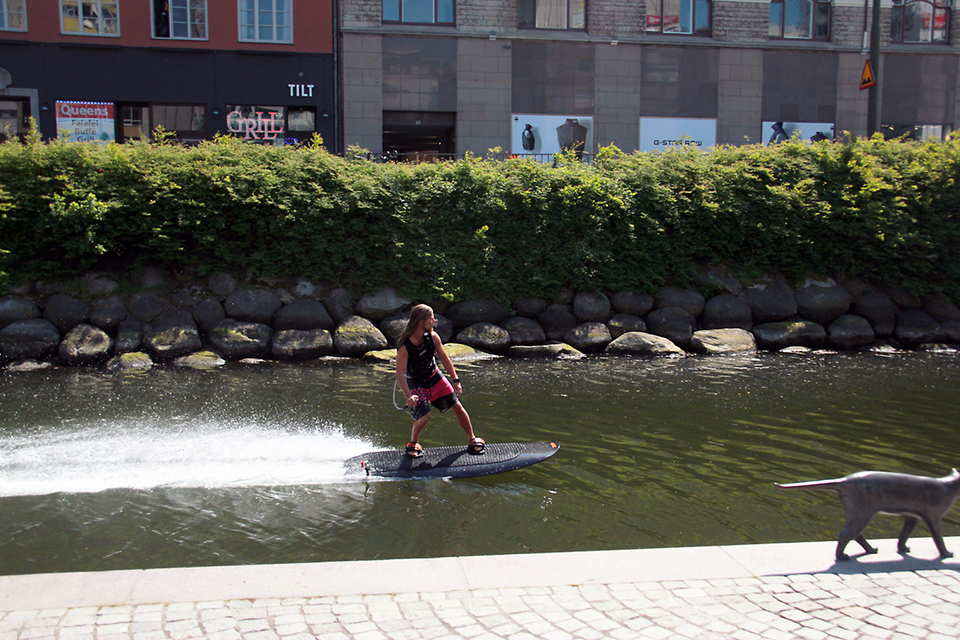 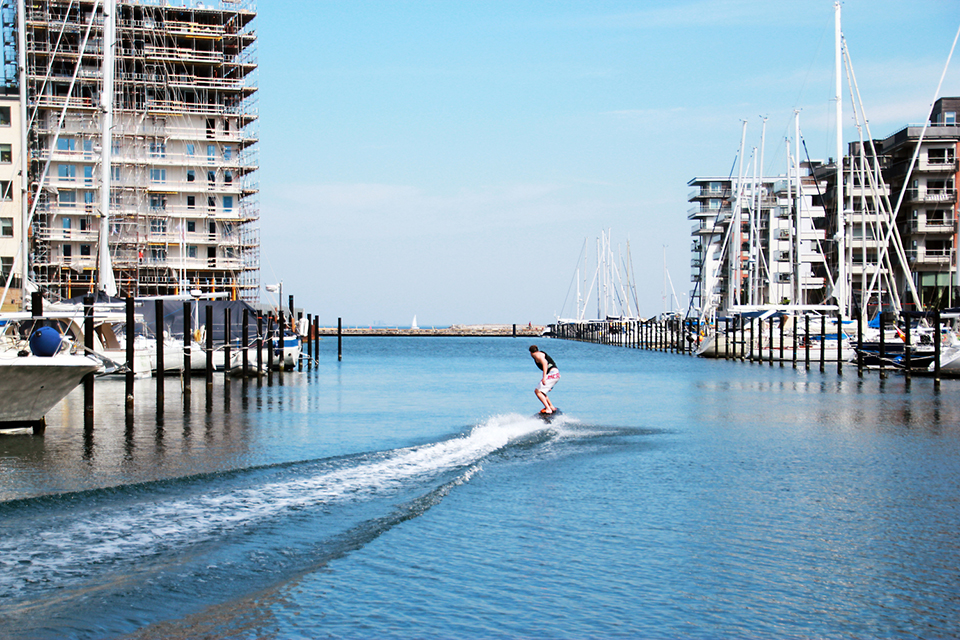 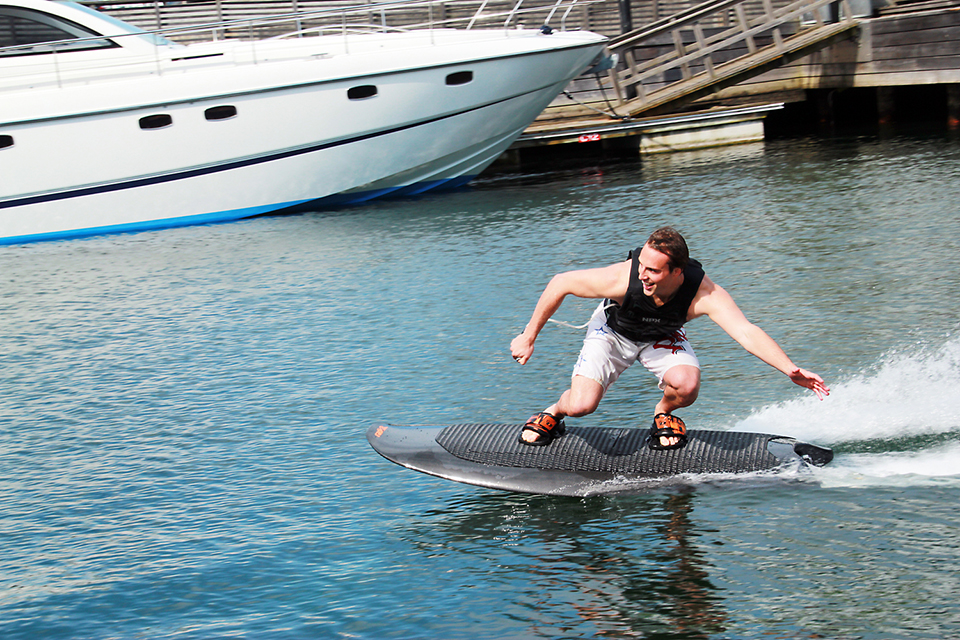 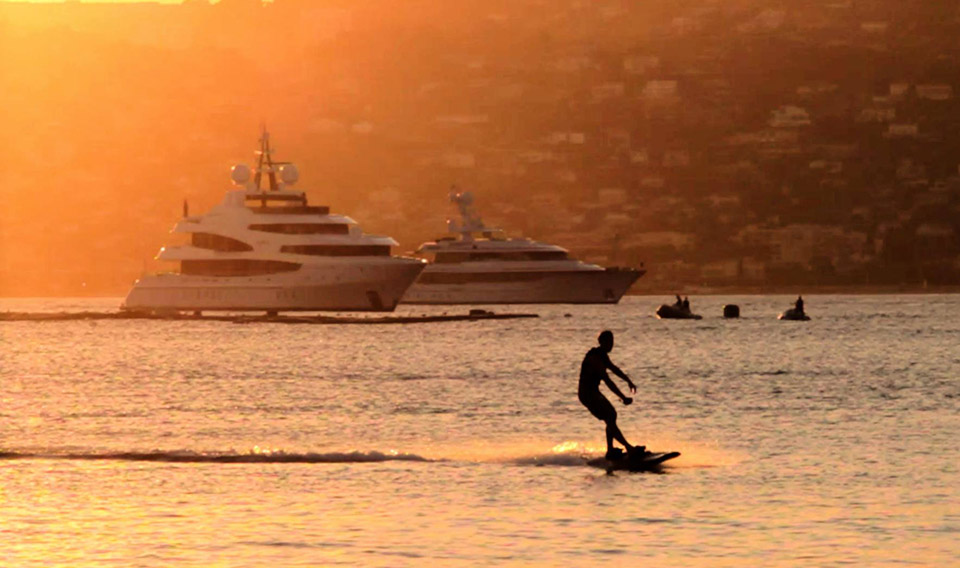 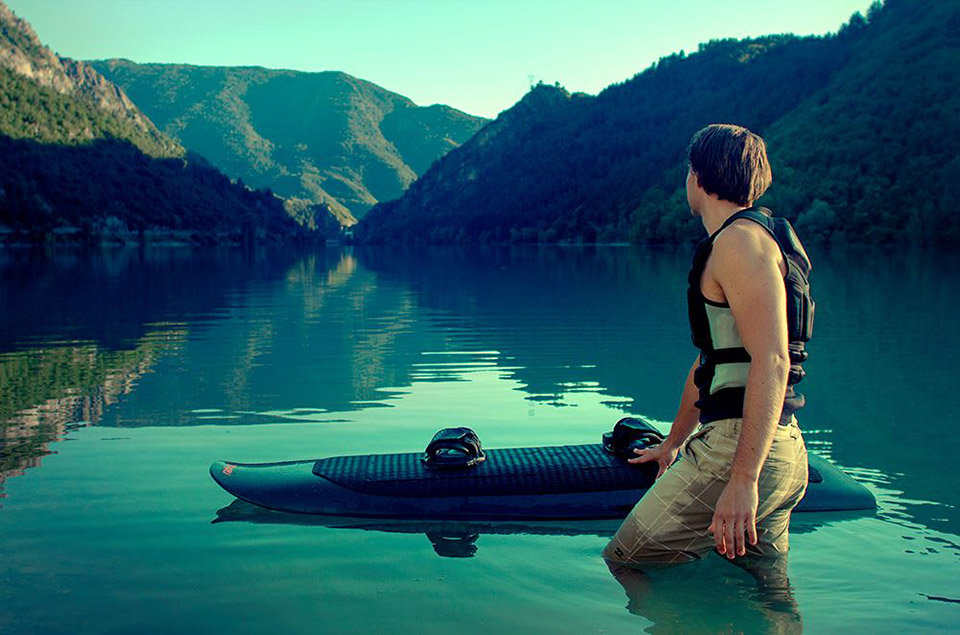 As a general rule, wakeboarding’s one of those sports you can’t exactly do anywhere. Without a large enough body of water, powerful waves, and halfway-decent weather, your board’s basically sitting against a wall collecting dust – no matter how much you’re itching to break it out. This week, we may be well on our way to solving at least one of those problems

With help from his company Radical Innovation (Radinn AB), Swedish wakeboarder Philip Werner has unveiled the world’s first electric wakeboard, the Radinn Electric Wakeboard. Composed of lightweight carbon fiber and equipped with a silent, efficient, and powerful jet propulsion system, Radinn’s product turns just about any body of water into  a boarder’s paradise. Even better, it doesn’t really look all that different from an ordinary board – at least, not on the surface.

Small enough to carry around and fit into a car or boat, the electric wakeboard is compatible with all standard wakeboard bindings. It’s got a handheld remote for easy configuration and control, and the way it’s designed makes it turn just like a real wakeboard. In short, it’s an awesome product, and you should buy it if wakeboarding’s your thing.

Based out of the Ideon Science Park in Lund, Sweden, Radinn AB was founded by Philip Werner back in 2013. A long-time wakeboarder himself, Werner decided to make an electric-powered wakeboard while studying at Lund University. Today, Werner’s managing a team consisting of passionate wakeboarders, engineers, marketing professionals, and lawyers – all of whom are working together to bring watersports into the 21st century. The electric wakeboard is their first product; the first patch of pre-orders is due to ship this Winter, and the product should hit store shelves some time after that. [hat tip to our friends at theawesomer] 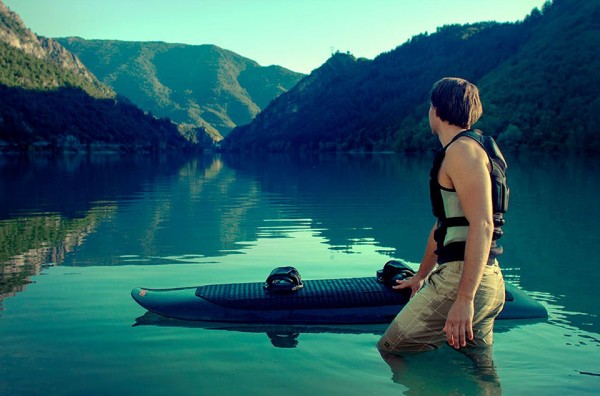 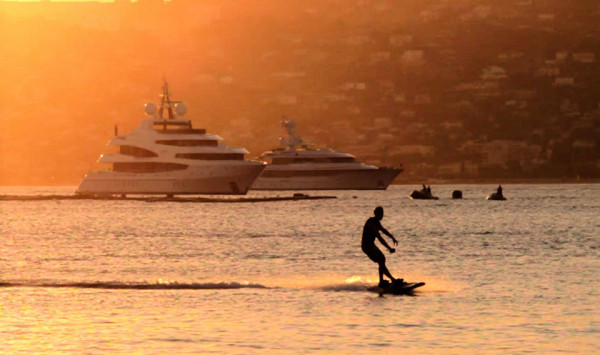