There was a time when we would watch movies by putting one clunky black box inside of another. We kept images on strips that could be erased with a little magnetism, and if you wanted to skip to a particular part of a film, you had to wind the entire length of that tape forward or backward on huge spools to find the scene you want. To this day, many of us have piles of these ancient items taking up space in our homes, lurking like anachronistic monuments, because they contain memories we sort of want to cherish. Not enough to store them anywhere but in a plastic case that cost 4 cents to make, but we want to cherish them anyhow.

Since VHS isn’t going to be coming back into style, and even being able to find a working VCR (Video Cassette Recorder) is akin to locating a man in Hollywood that hasn’t sexually attacked his colleagues, it’s important to transfer your recordings to a digital format. Then, you can store them on DVDs or in other digital mediums for easier access, less wasted space, and greater survival in the long run. The 6 best VHS to DVD converters do that very thing.

How To Transfer VHS to DVD

When using the phrase “VHS to DVD converter” in some cases we’re talking about a single device that hooks up your DVD player to a VCR or a Camcorder that plays tapes. In some cases, we’re referring to a VCR/DVD combo device that has both built in and is the simplest way to make the transfer from one format to another.

If you want a comprehensive guide of all the ways to move tapes to discs, this VHS to DVD guide covers everything from home transfer to professionally performed copying.

A Note On Copyrights

Converting a VHS “tape” to DVD is easy for home movies or things you recorded yourself off of television, should you want Northern Exposure with all the commercials, but it won’t work for VHS movies you bought. Even though you have already paid for the film, the VHS copies are outfitted with anti-piracy protection that a converter won’t be able to overcome. You’ll need to buy it again, watch it on one of the 85,000 streaming services, or BitTorrent that bad boy. You could also act it out in what would certainly not be the worst reboot of all time. Looking at you Fantastic Four.

You’re going to need a little know-how to Frankenstein this solution up. Buying a decent RCA (those are the red/white/yellow plugs) to HDMI (standard on DVD players) allows you to connect an existing VCR to a DVD player. From there you’re going to need to setup the process in a way that works for all devices, which is a sticky wicket even if you’ve got some A/V club in your background.

Roxio Easy VHS to DVD 3 Plus

There’s a few of these on the market, and they are necessary if you plan to go through the RCA cable to HDMI route. Your DVD player isn’t going to comprehend recording from your VCR, because it wasn’t outfitted to do that, exactly. VCR/DVD units come with software that permits the two to speak to one another. This is that same software in a form that allows you to stick it into a PC, a regular DVD drive, or a game console and get it to take over the process.

The menus are smart, and basic, providing you with simple steps. The complexity of this process behind the scenes is both irritating and boring, so it’s handy to have Roxio do the heavy lifting. Not without faults and failures, it has a high success rate compared to everything else. Everything else has a high success rate compared to something catching on fire. Grade on a curve. Purchase: $50

Roxio edges out VIDBOX as the best software because it usually doesn’t leave an image full of horizontal lines or chopped at the top; the way VIDBOX can sometimes. That doesn’t mean that VIDBOX won’t be the cleanest transfer software for your setup. The type of film, the type of VCR, the cable interface, the DVD player, and the software’s ability to manage all that has so many variables that there’s no telling what will bring home the digitally-transferred bacon. Give both this and Roxio’s latest stuff a try to see which sticks the landing. Purchase: $70

Pawn shops and auction sites have loads of these, and you can find a few new, refurbished, or otherwise packaged in the wild. Most will do the job within standard deviation, but the results can be spotty. A $70 unit might magically have a knack for recording – though don’t bet on it – while a top-shelf unit untouched by human hands could spit out grainy, asynchronous pith.

At $400, the DVR620 isn’t cheap, unless you compare it to the $700+ DVD/VCR recorder units that can keep pace with it. An intuitive, simple-ish system that upscales your videos to 1080p so that your home movies can sing in high-def. Audio and video sync are handled artfully, a trick that you’ll find is rare among DVD/VCR recorders, and picture movement is as smooth as you’re going to get, even if your camera op was a little sauced during the shoot. You don’t need to buy this model, but use its specs as a baseline for what is going to work well for transfers.

Also, consider this an investment, as the output is generally high-quality enough that you can use this to help others make the change to digital on the side. Purchase: $550

This is a good example of how clumsily executed the VHS to DVD market is. No one is going to call this option from ClearClick “good” but it’s “good enough” in some cases. The major problem to note is that audio and video sync are unlikely to work the first time out, and you’ll have to fiddle with the machine as you learn its temperamental ways. Be aware that it is best for short films, as anything that runs close to 100 minutes sets off an automated reset that flummoxes the production.

Going this road is usually simpler than an RCA converter and your wits, far more difficult than a VCR/DVD combo, but less costly. Put up against choices like Roxio and VIDBOX, and the difficulty depends largely on your affinity for computer software. Use this as more of a Hail Mary last resort or a gamble that can pay off huge. When it works, it works magically. When it fails, it’s crap on toast. Purchase: $120

Sports
Away With Analog: The 24 Best Digital Watches 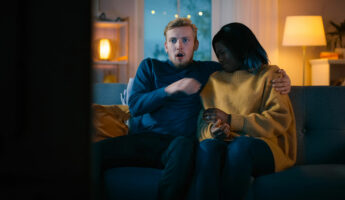 Entertainment
21 Valuable Video Games You May Have Stored Away 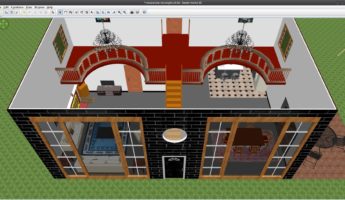 Architecture
Live It Up: The 8 Best Home Design Software Programs
TheCoolist is supported by our readers. When you buy through links on our site, we may earn a commission. Learn more.
Let's connect
What’s Hot
Join TheCoolist
100% free, unsubscribe anytime.