Drinking in the Dark: The 18 Best Winter Beers 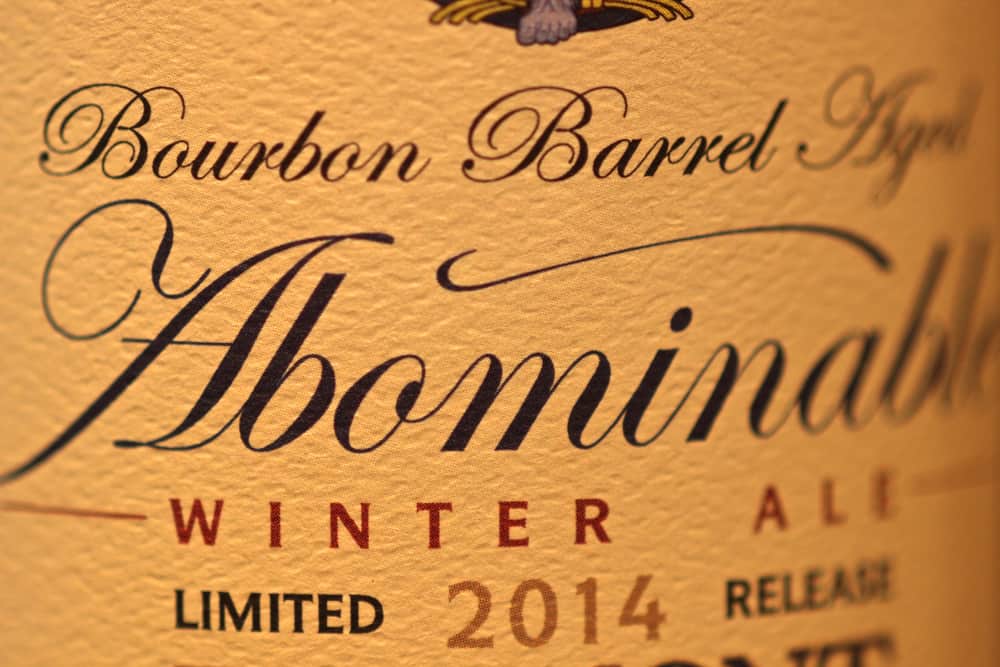 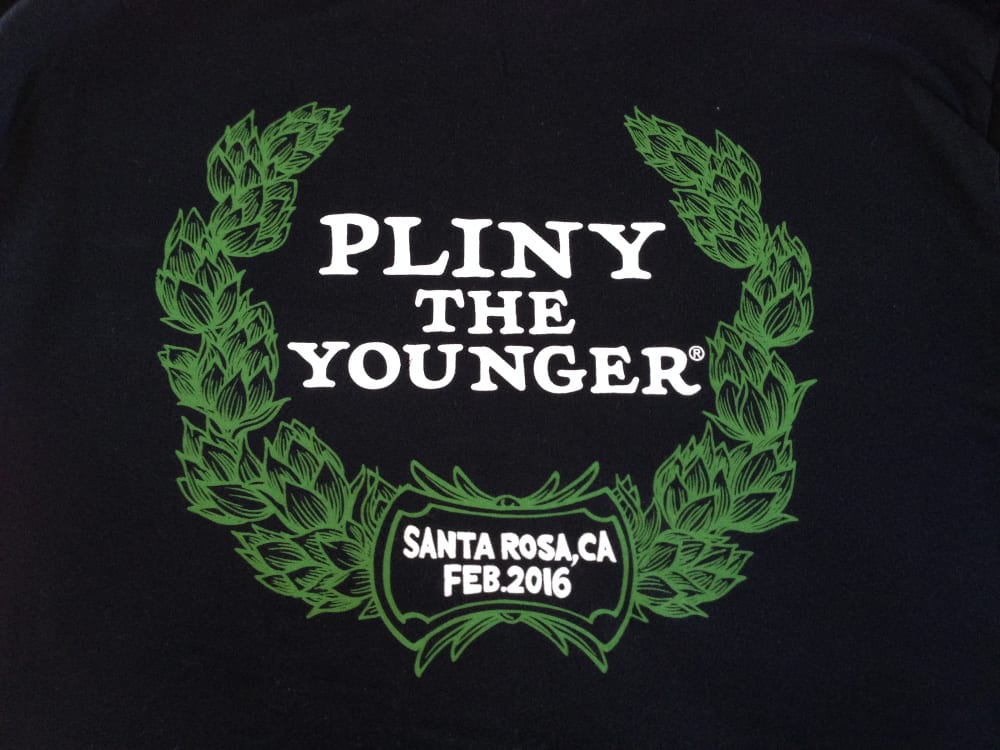 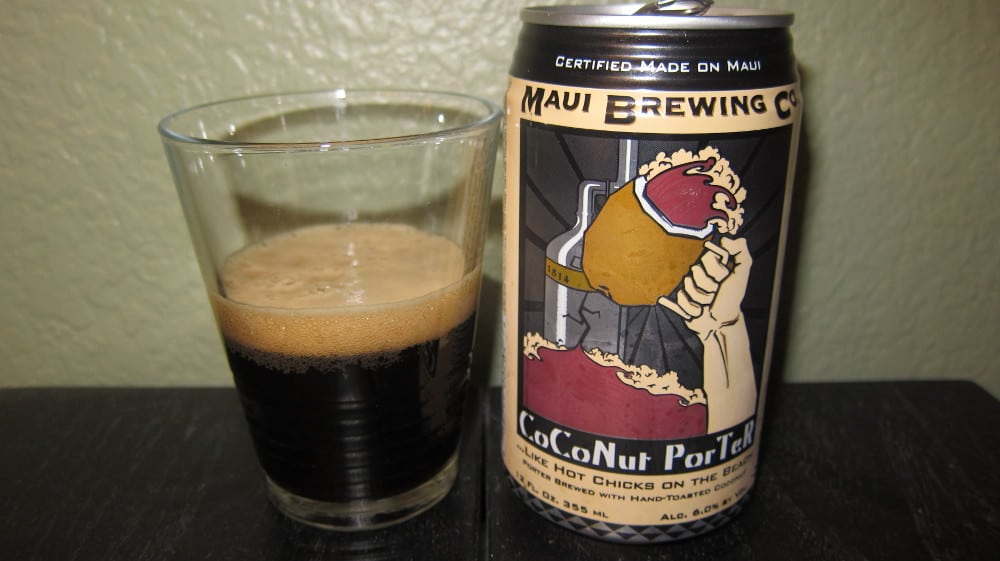 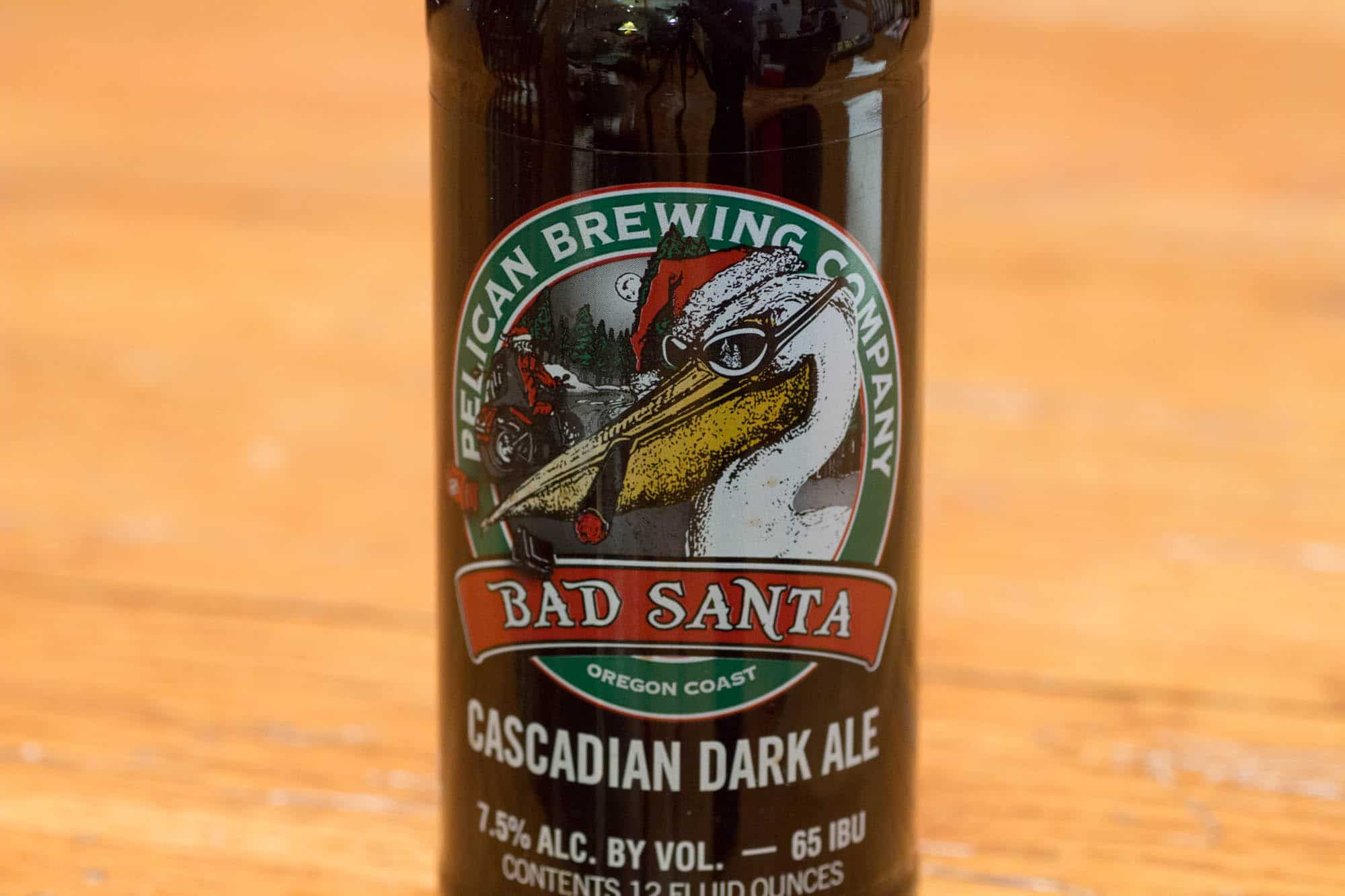 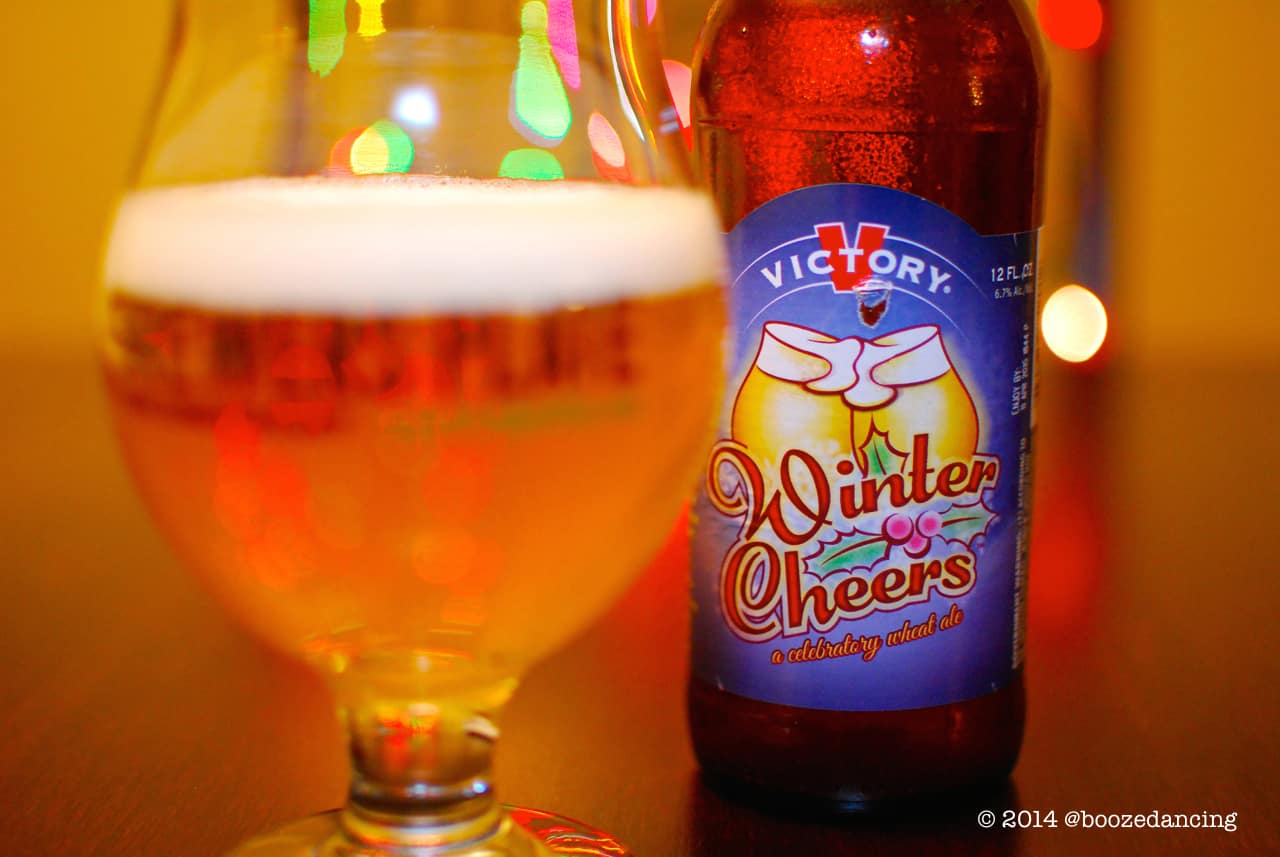 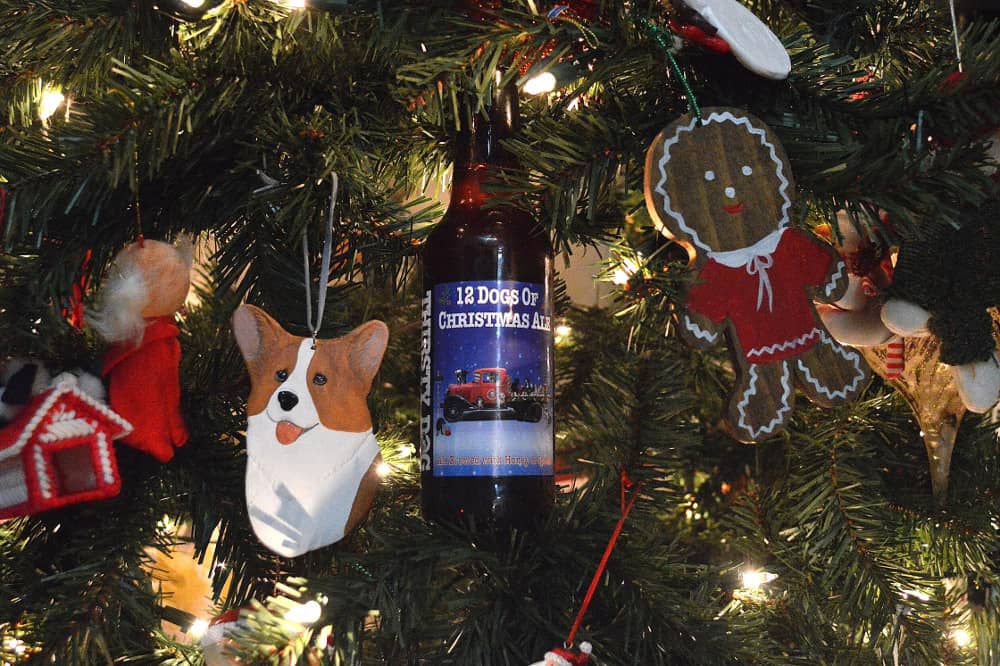 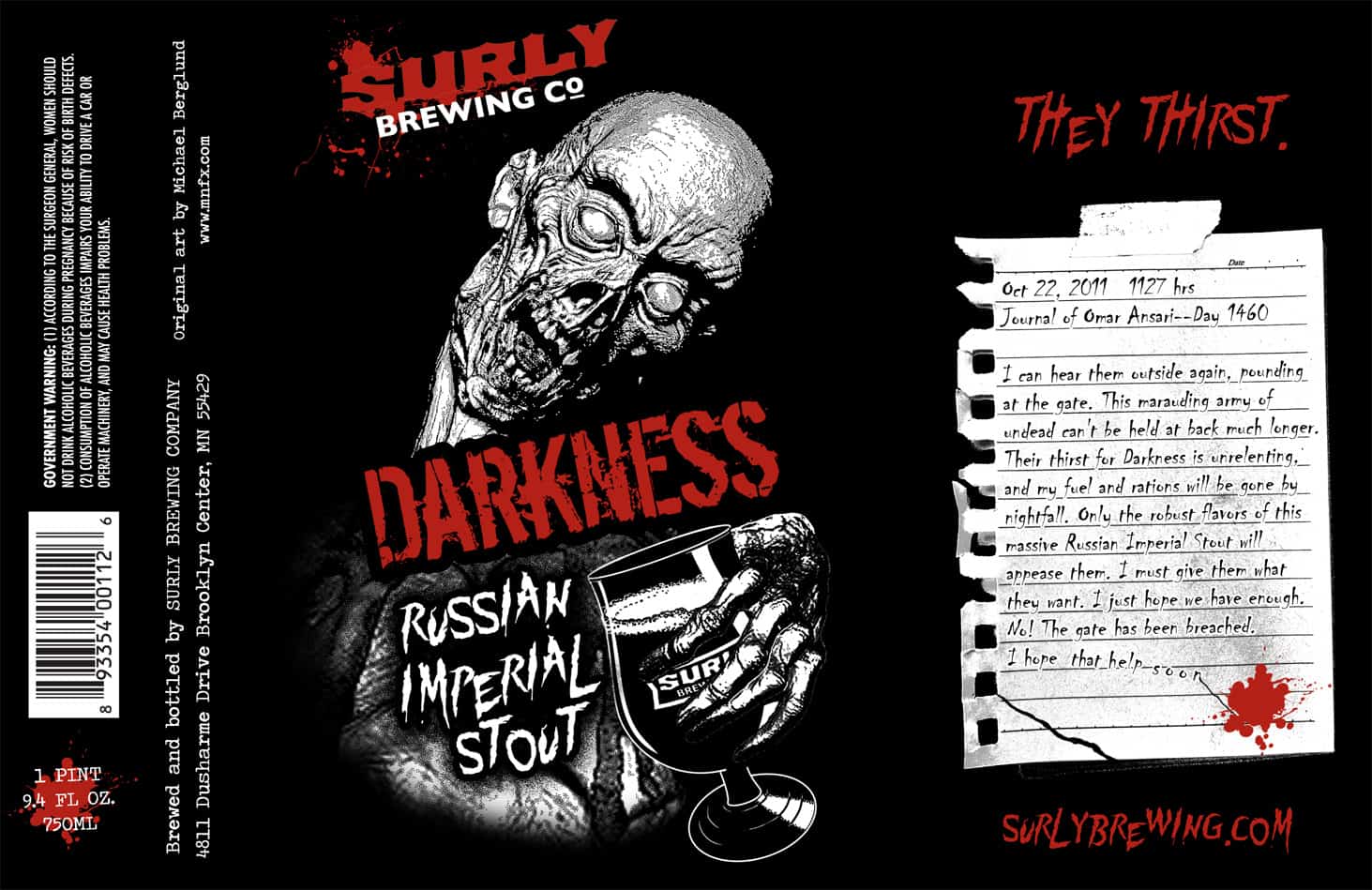 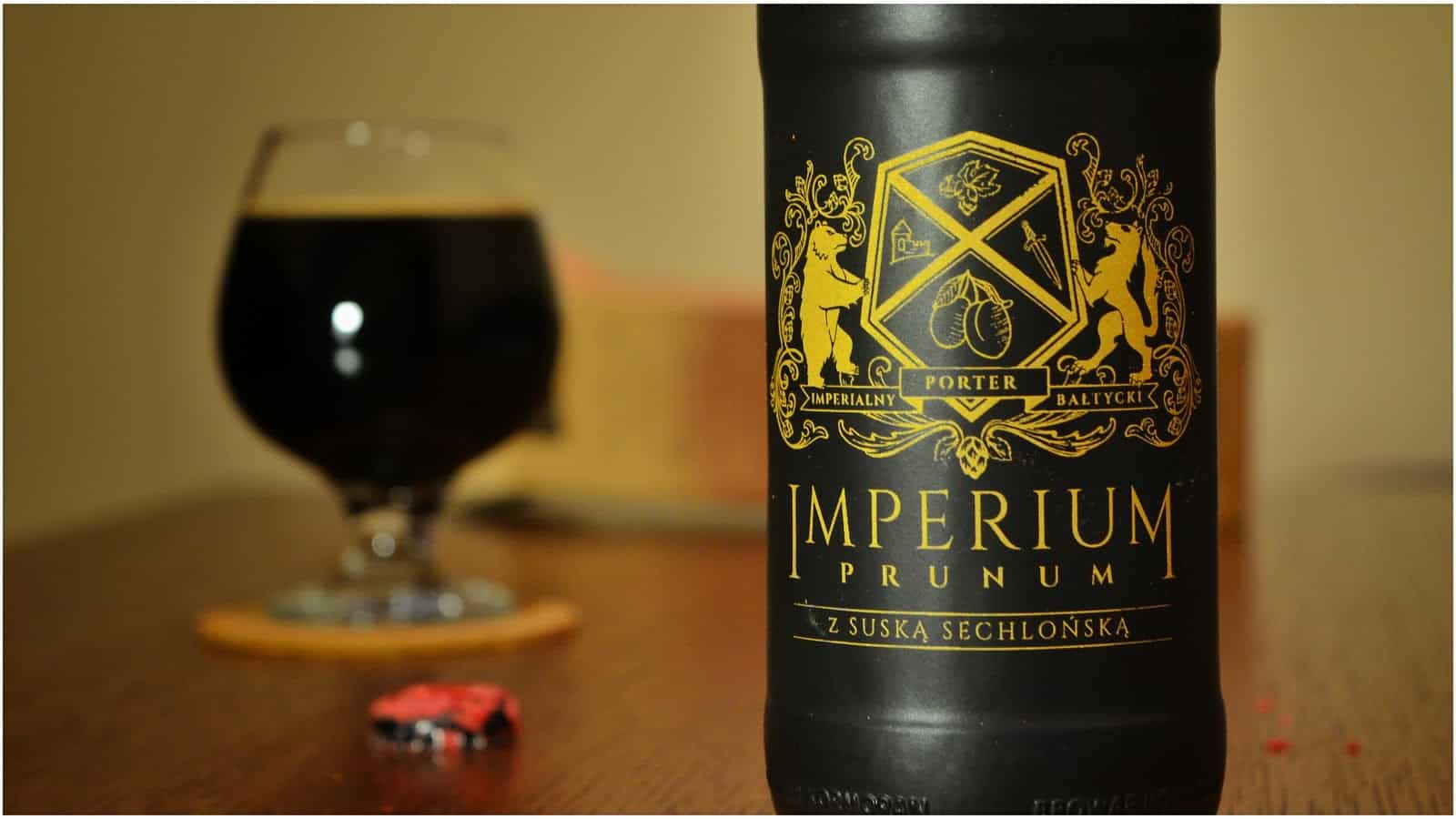 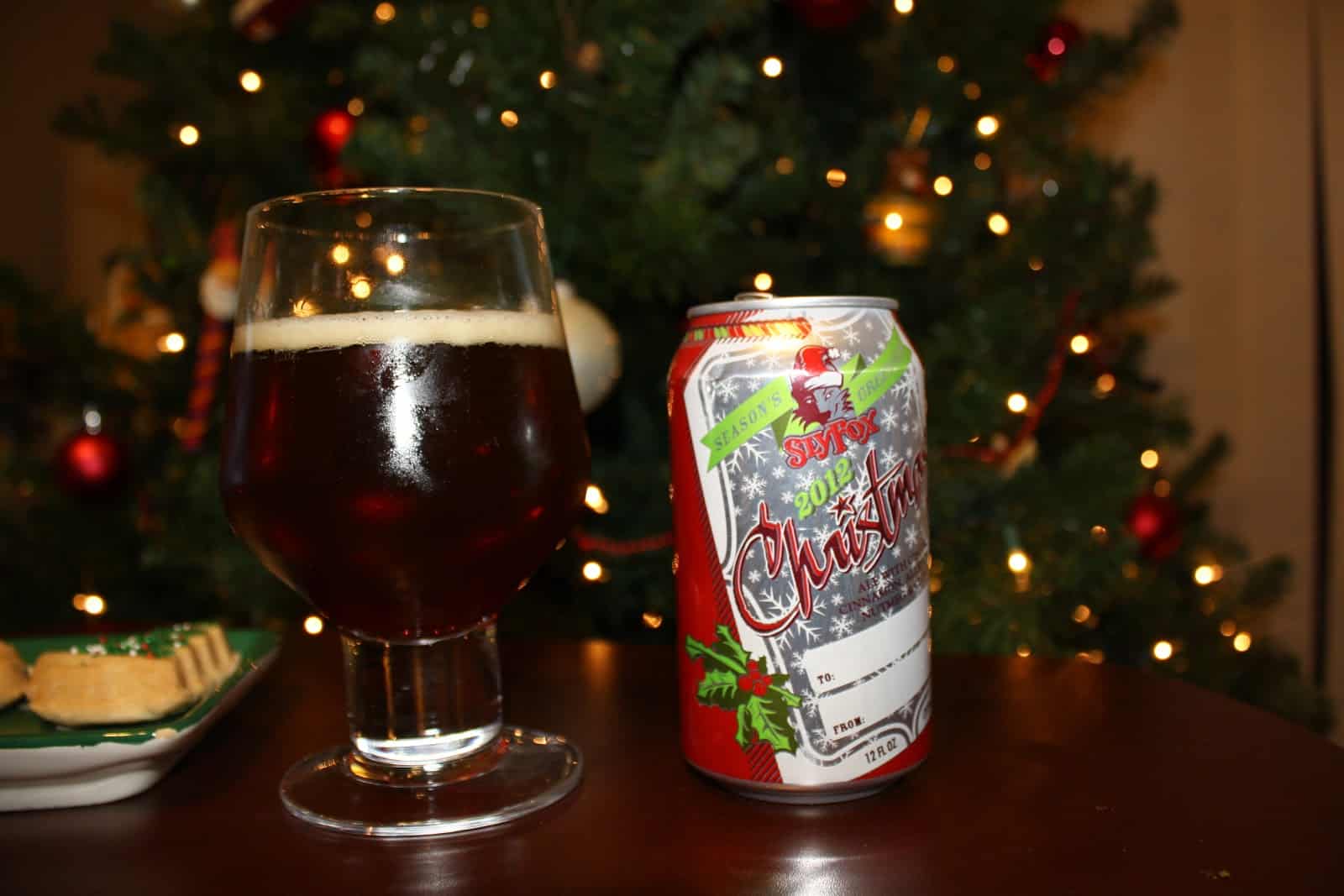 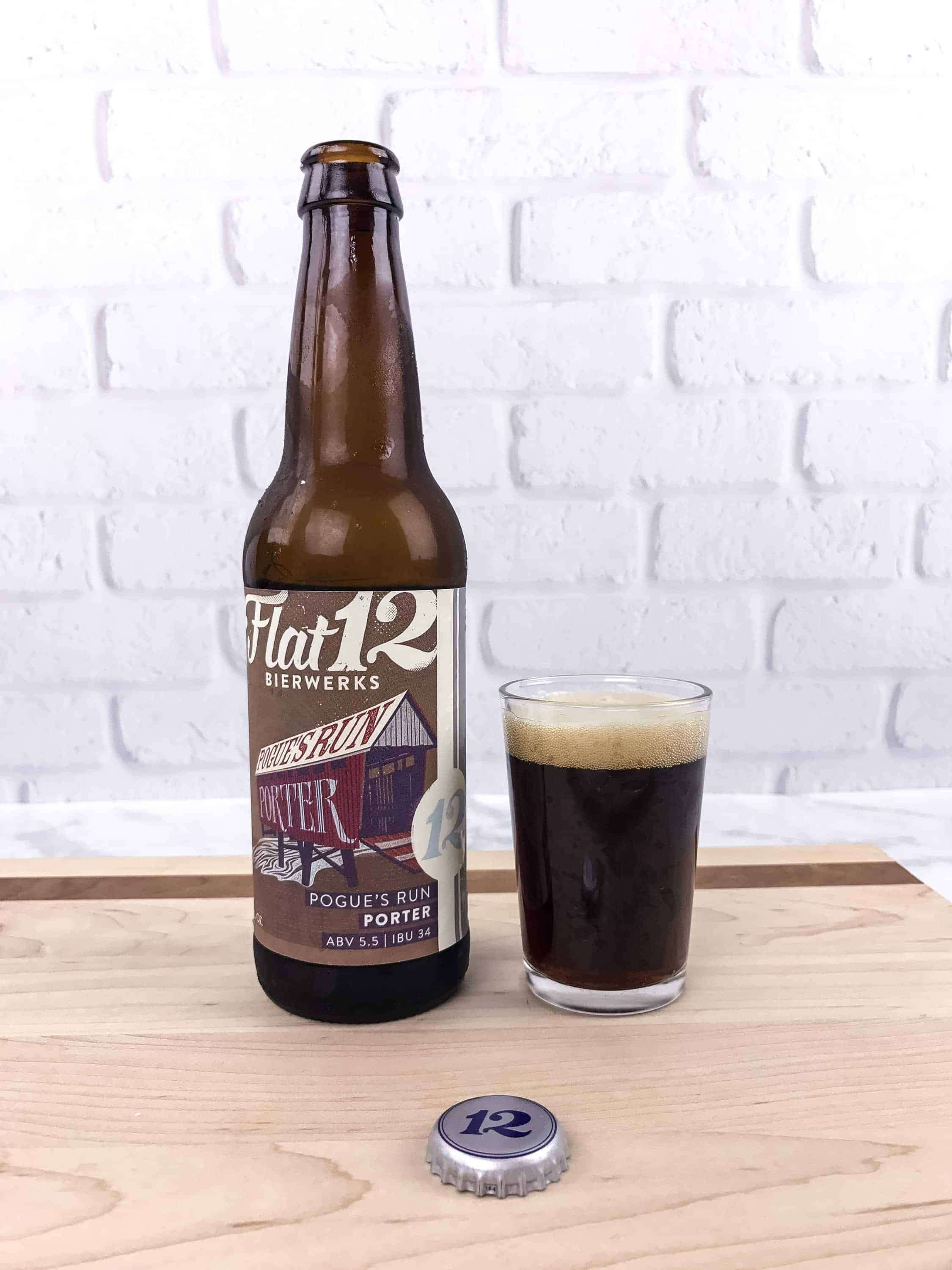 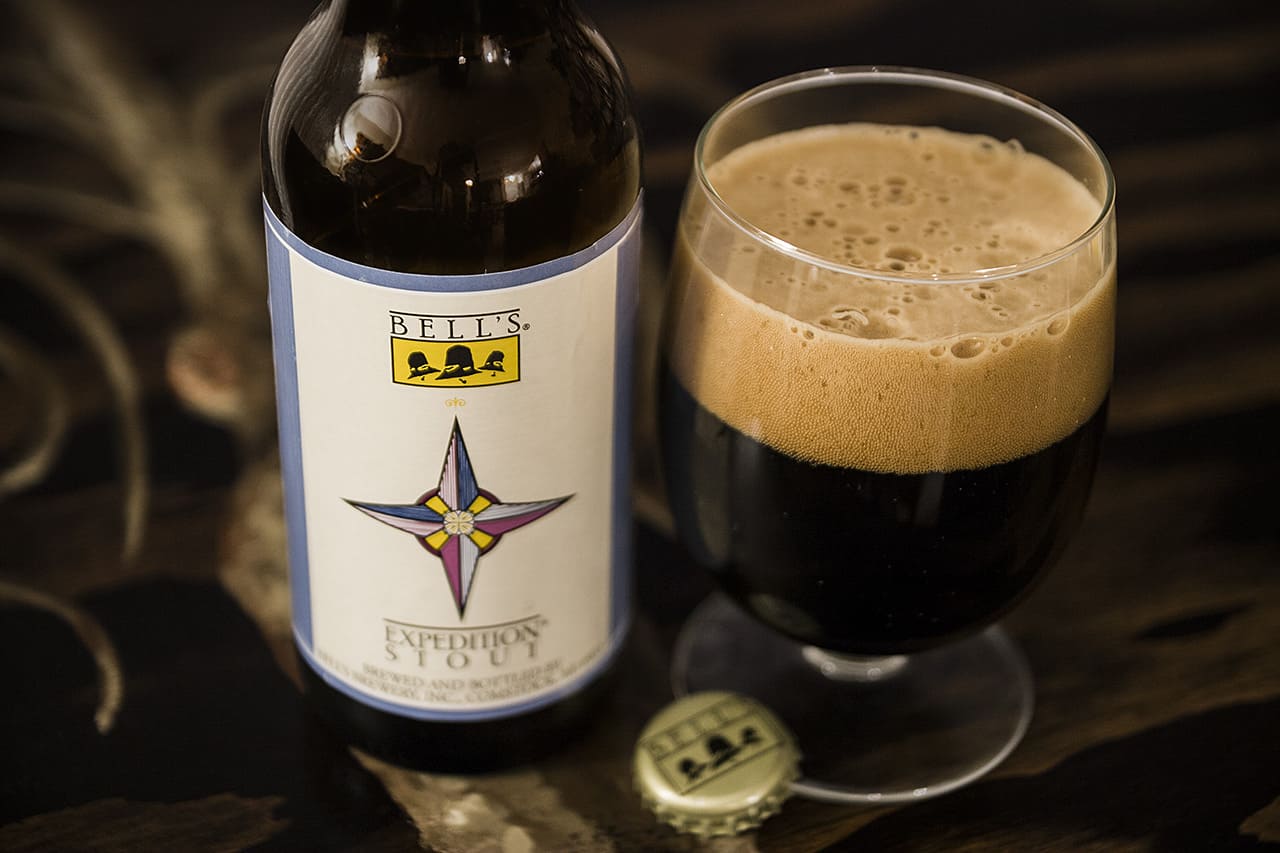 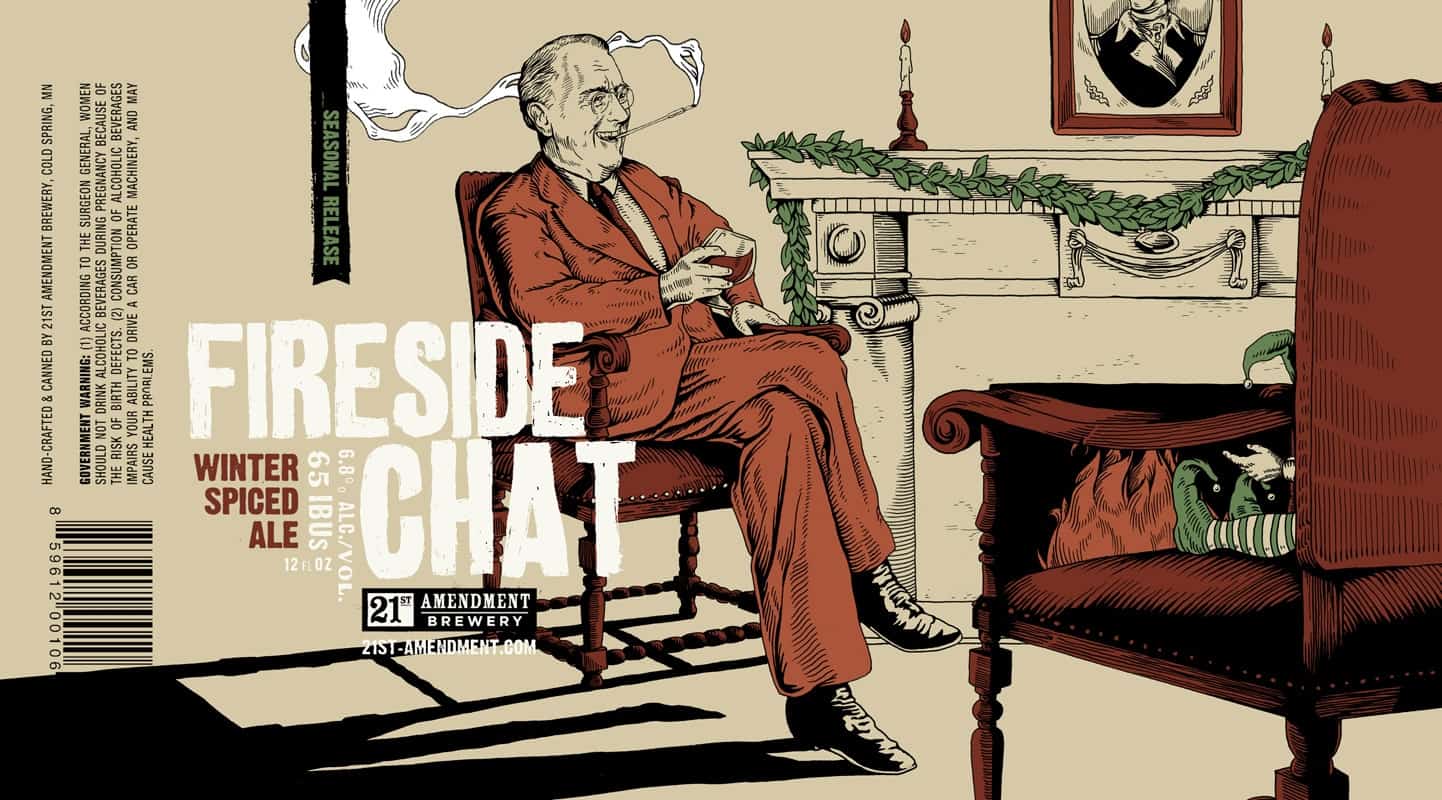 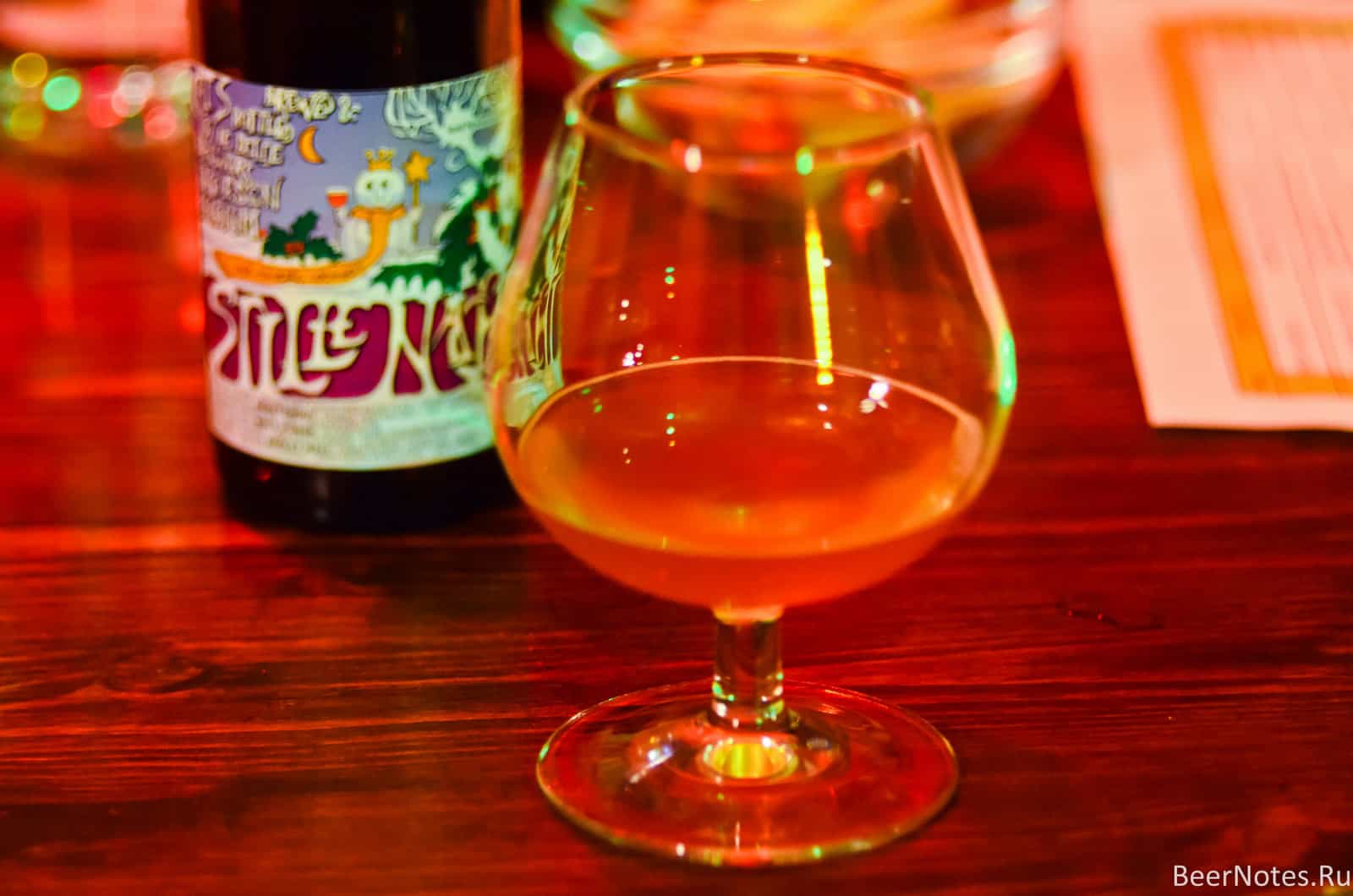 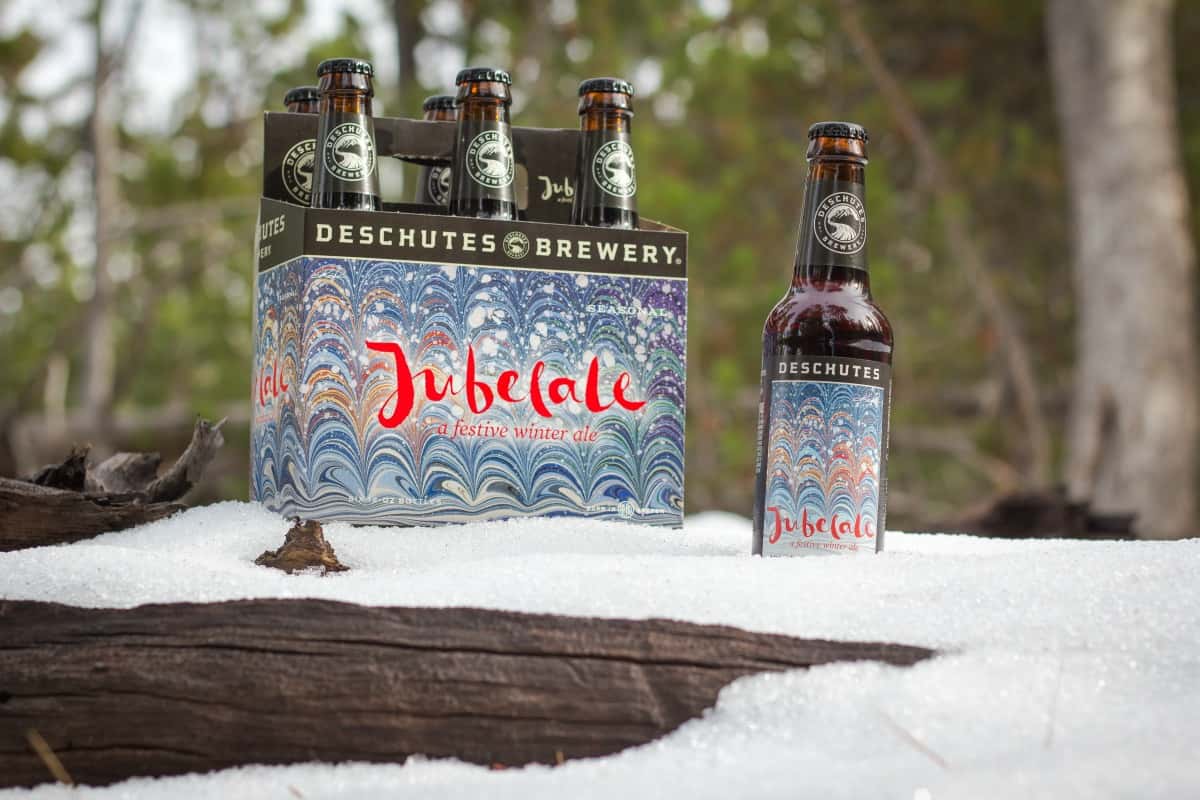 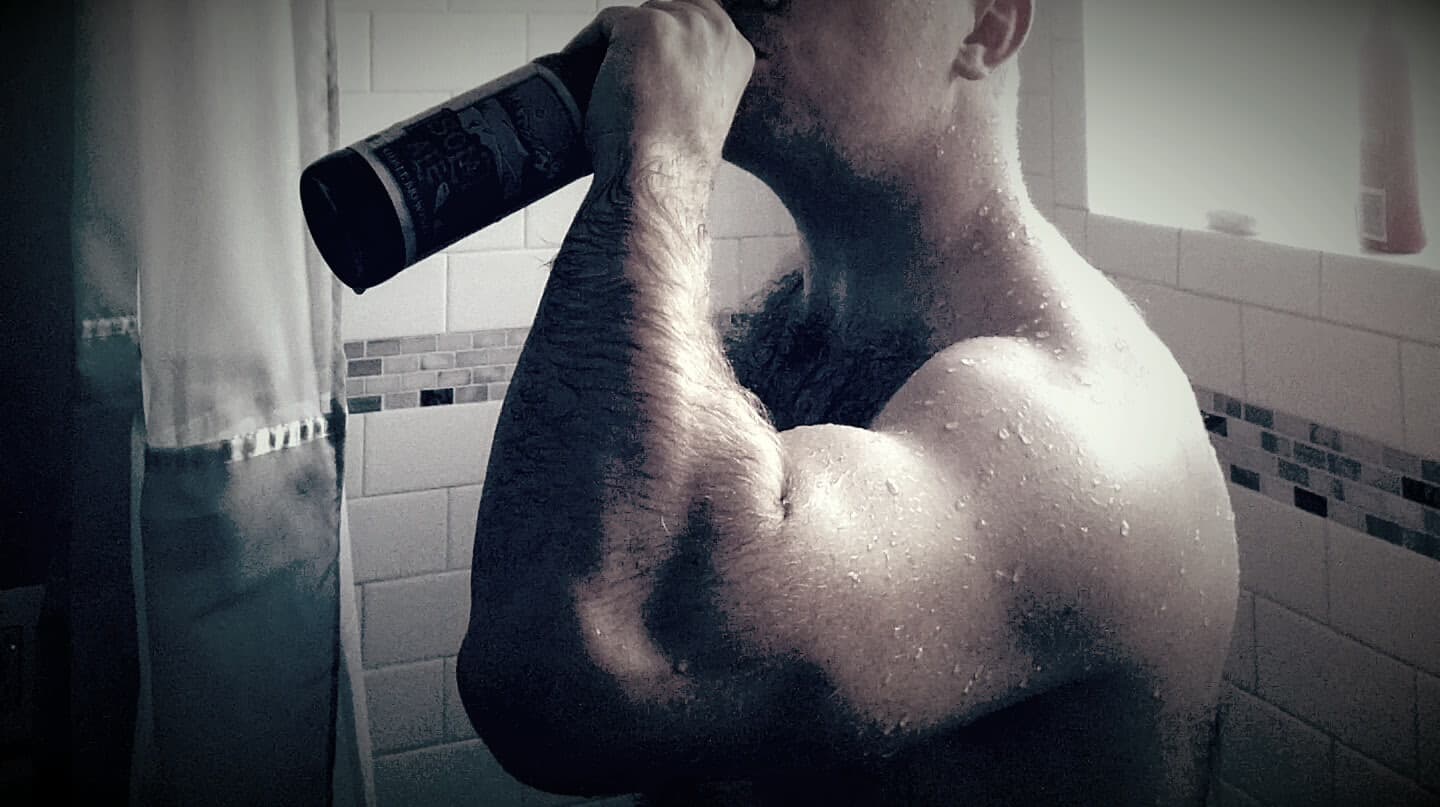 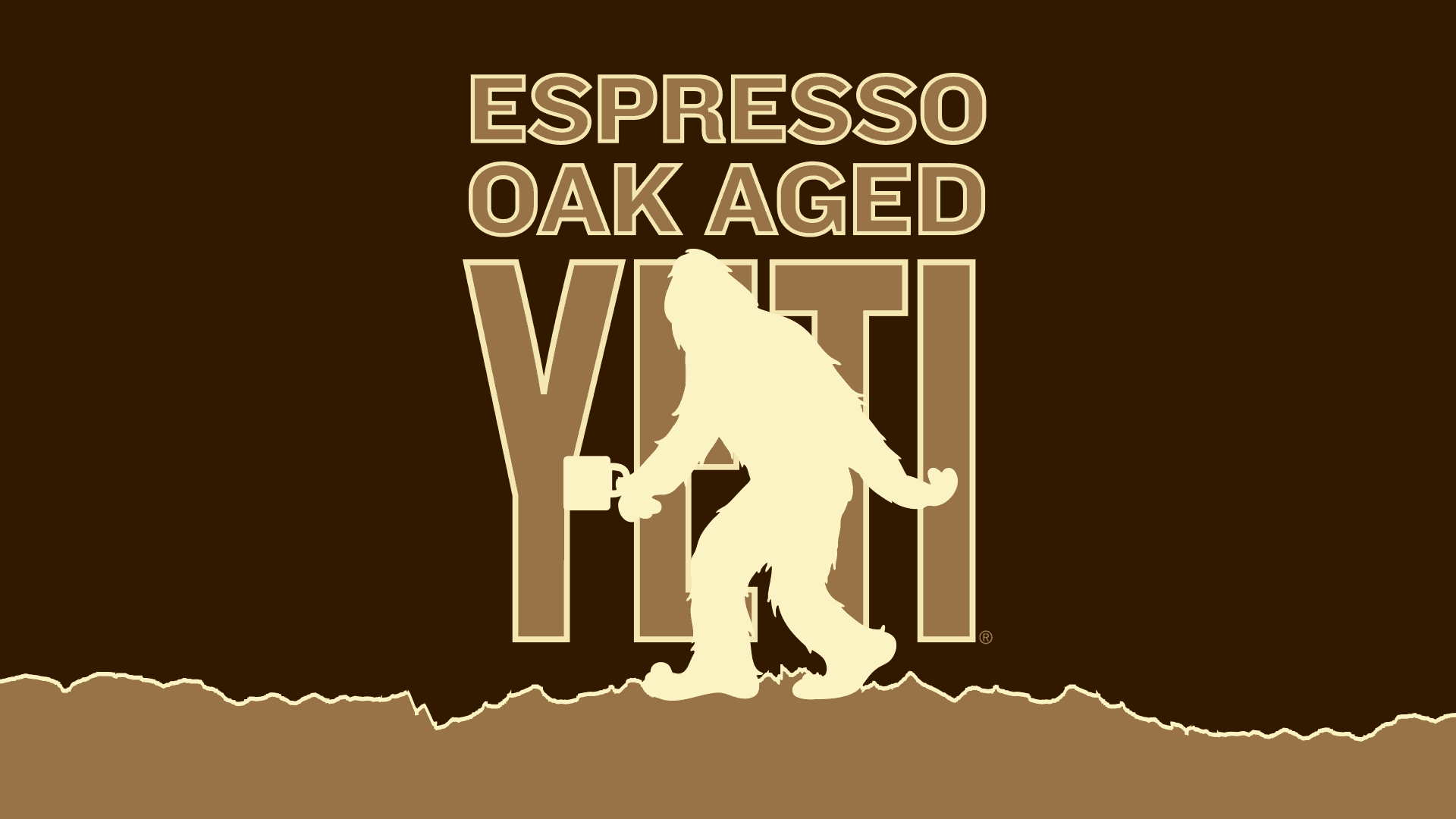 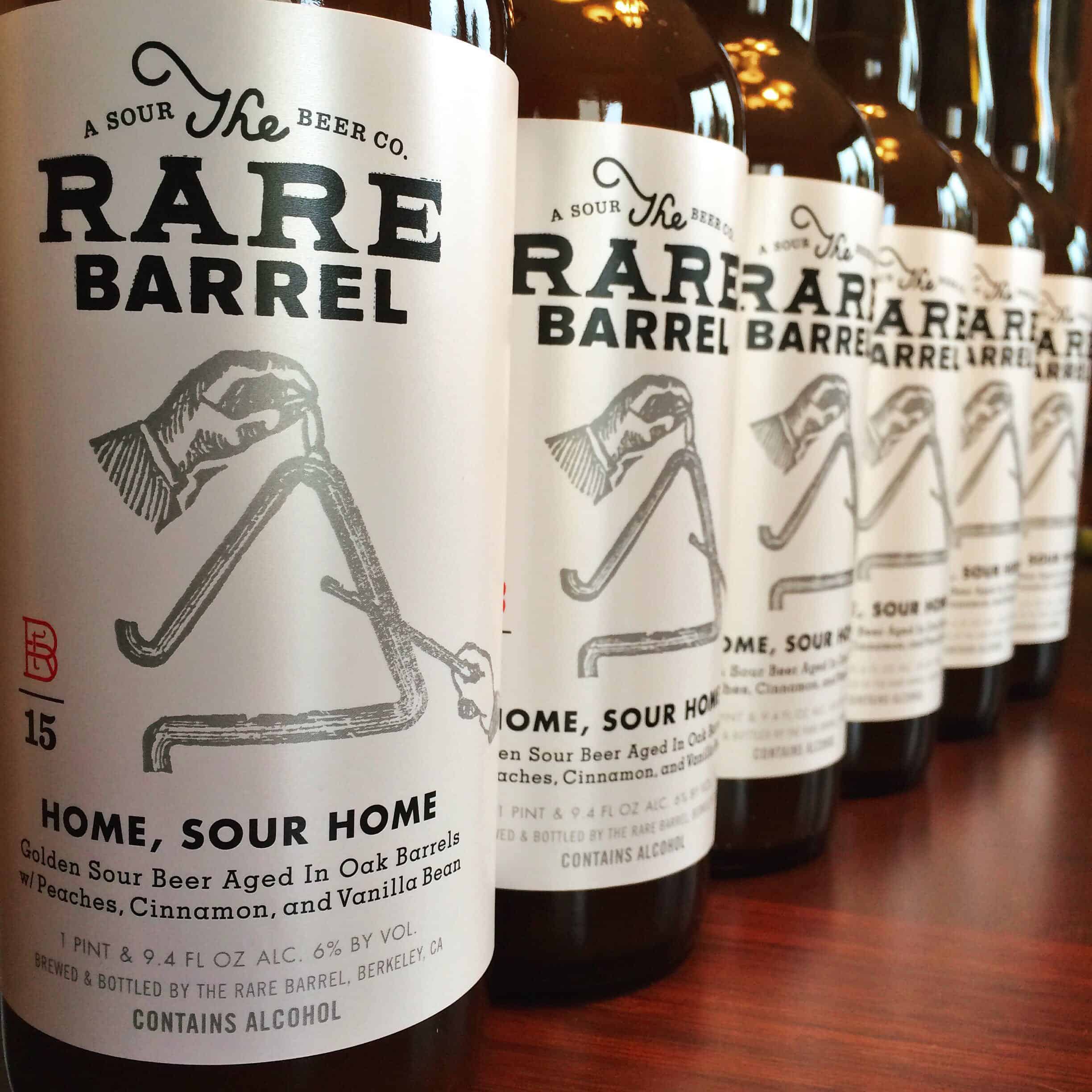 Cold weather doesn’t lend itself to cracking open a bottle of suds, since the freezing temperatures and depressing atmosphere hardly seems like the time for light, flavorful drinking. If you’re going to imbibe during the time of old man winter, you need to rethink your beer and look for heavy, warming, comforting choices, rather than the refreshing IPA-laden summer sippers. Thickness and spice, to say nothing of ABV all must mesh flawlessly to keep your furnace stoked. Here’s 18 winter beers worth finding for whatever holiday you’re celebrating.

A crumble in a glass full of peaches, vanilla, and a dusting of cinnamon, it’s an orange amber hue with sourness lurking at the back of every sweet sip. Greek yogurt helps add a light culture to the whole affair for a continental whiff that layers depth under mere tartness.

Mixed up like it was made by General Mills, Winter Cheers has bottled the whole heartland. Wheat, barley, oats, and some tangy west-coast citrus make up the main event, with side venues spitting out cloves, banana, and spicy sparks that light up the amber waves of grain.

Belgium is known to us ugly Americans as the land of big waffle. And now, for brewing up a 12% ABV beer that’s making the yeast work out all their issues in the fermentation process. Citrus peel, pear, and banana give it a syrupy sweetness and soft mouthfeel that is a little more autumn and spring than winter, making it a bookend beer for going into and out of the season.

Bread and brown sugar, spices and sweetness give this a little bit of a gingerbread feel, but it’s all backed with booze. There’s booze on the nose, there’s booze in the taste, there’s booze lurking around in the aftertaste. While it’s a little much to drink one after another, having a few on hand really mixes up the pot of beers, ales, lagers, and stouts that try to be something other than alcohol.

Dark English ale composes the base of Fireside Chat, but from there 21st began twisting the narrative. It’s a heady mix of spices that can come at you a little too fast, like a bong rip that was bigger than you anticipated. The onslaught is a little excessive for some, but a fit barrage to the action-oriented drinker who needs some pins and needles with their holiday spirit.

A blackened IPA that bears the smoky taste of chestnuts roasting on a pine fire, Bad Santa seems hell bent for leather, literally. Though the “bad (noun)” phase needs to end, the name can be forgiven. Must and earth with hops and bitterness, there’s not an ounce of sweetness anywhere, giving it a sense of drinkable fortitude, like rawhide for the soul.

The vanilla oak and malt are hidden behind the addition of real Pablo’s espresso from Denver. A breakfast beer by that eye-opening fact alone, it’s jet black carrying dark chocolate and caramel to help smooth out the coffee and booze’s rougher edges.

A tough sell, you’ll need to get right on top of Isolation to find the scent, as it’s day-old perfume subtle. The taste doesn’t render much more, which is ideal for a simple item to pair with meals, or to allow the spices and sugar of holiday treats take the reins. Sometimes a wallflower is the sexiest draw of all.

Every year Jubelale changes the label, which can make it hard to spot. When you do, you’ll get a cinnamon bread scent that tastes like the woods of Vermont, all molasses, woodsiness, cocoa, and a little bitterness.

Vintage aging is what Expedition is all about, which means it’s only going to improve as the clock hands eat away at our pointless, purgatorial turn on this awful planet. Big with dark fruit, malt, and headbutt bitterness that fades as time goes by, there’s few more complex winter beers to be had, and none that can start an argument or a cult of zealous followers like Expedition.

It might take you a minute to figure out how you feel about Pogue’s. Partly because it sounds awful, but more importantly because it has a full, creamy feel that is oddly offset by a lot of smoke in both scent and taste. Some chocolate and coffee can be found if you dig, but you’re mostly getting a burning yule log in the best possible way.

A fight waiting to happen, those who love this boozy chocolate cake with coconut icing find it refreshing and different. It’s a tropical kind of holiday hideaway that thumbs its nose at tradition. Anyone who doesn’t adore it will likely spit it back in your face. Quite literally, expect either high praise or a spit shower from those you give this to.

Usually putting a pun in a name is fun and a sign of intellect. In this case, it’s lazy, but we’ll allow it. Single note in its execution, 12 Dogs is a nutmeg, ginger, caramel, toasted nuts extravaganza that tries and succeeds to liquefy all the foods of Christmas and numb the pain of family visits that way.

Mulling spices and a festive striped can tell you what this is all about. Normal people will love the whole spice rack dumped into the mix, while true beer snobs will turn their nose up. Grab this if you’re really into Christmas and kind of like beer, since it’s a crowd-pleaser, not for critics.

Peat, campfires, and even a little meat grilling over an open flame are to be had here. Then there’s some ash, blackened fruits, and seared malts. A real trip to the dark side that can be polarizing.

Smooth in spite of the 12% ABV rating, Darkness barks worse than it bites. The inky black body with tiny tan head hides chocolate sweetness through and through, backed by enough coffee and bitterness to counterpoint the sugary flavors and create contrast on the tongue.

Strong, hoppy, and hard to find, you need to get your hands on this. Wait in line, drown your grandmother, do whatever you can to give this intense brew a chance. It will impress.

Though we prefer the name “Bourbon Abominable Winter Ale” the “B-Bomb” label seems here to stay. Spicy and full of bourbon hints that rise up at every turn, each bottle is aged in whiskey barrels giving it hops and chocolate with the harsh bite of distilled grain on the backend.