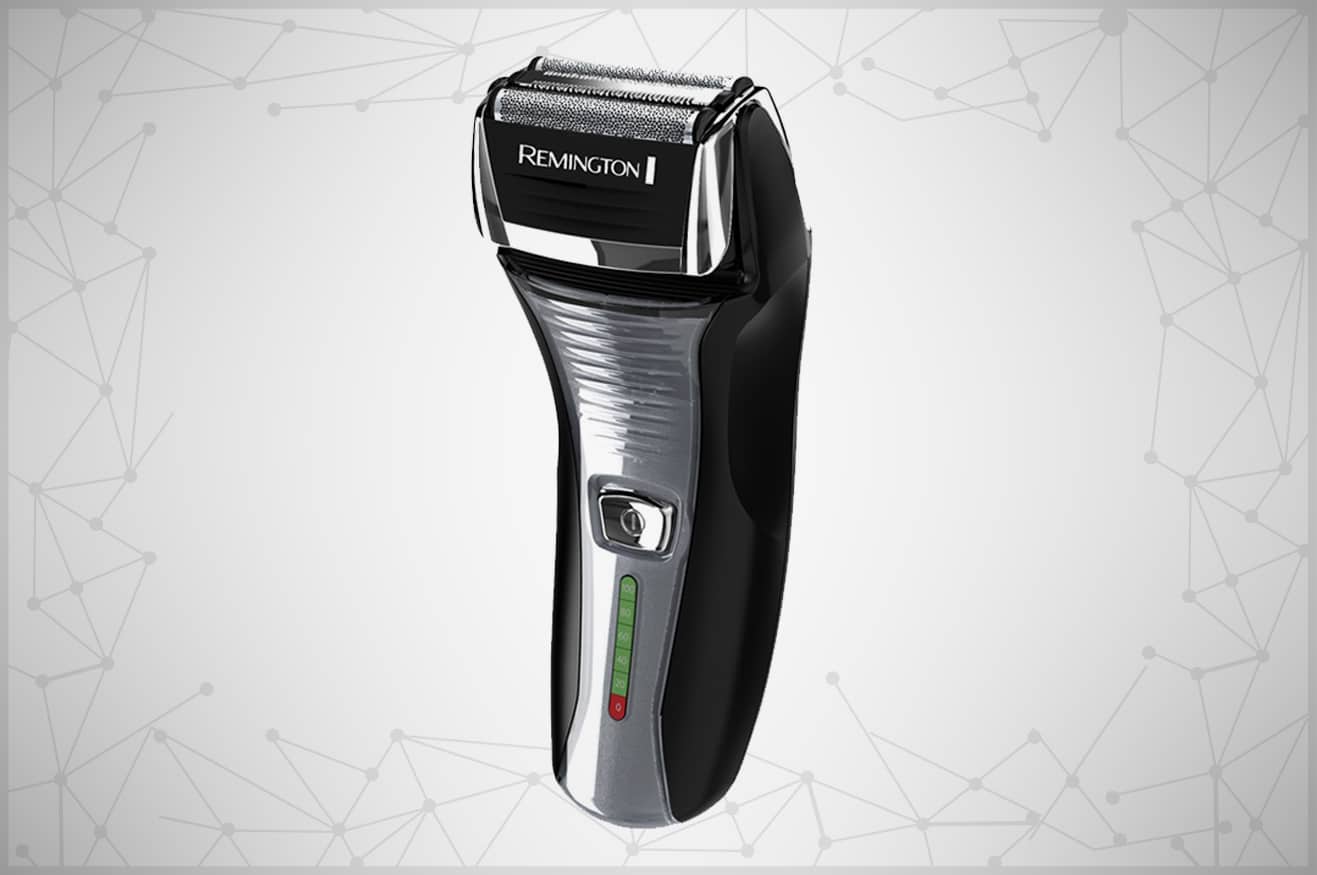 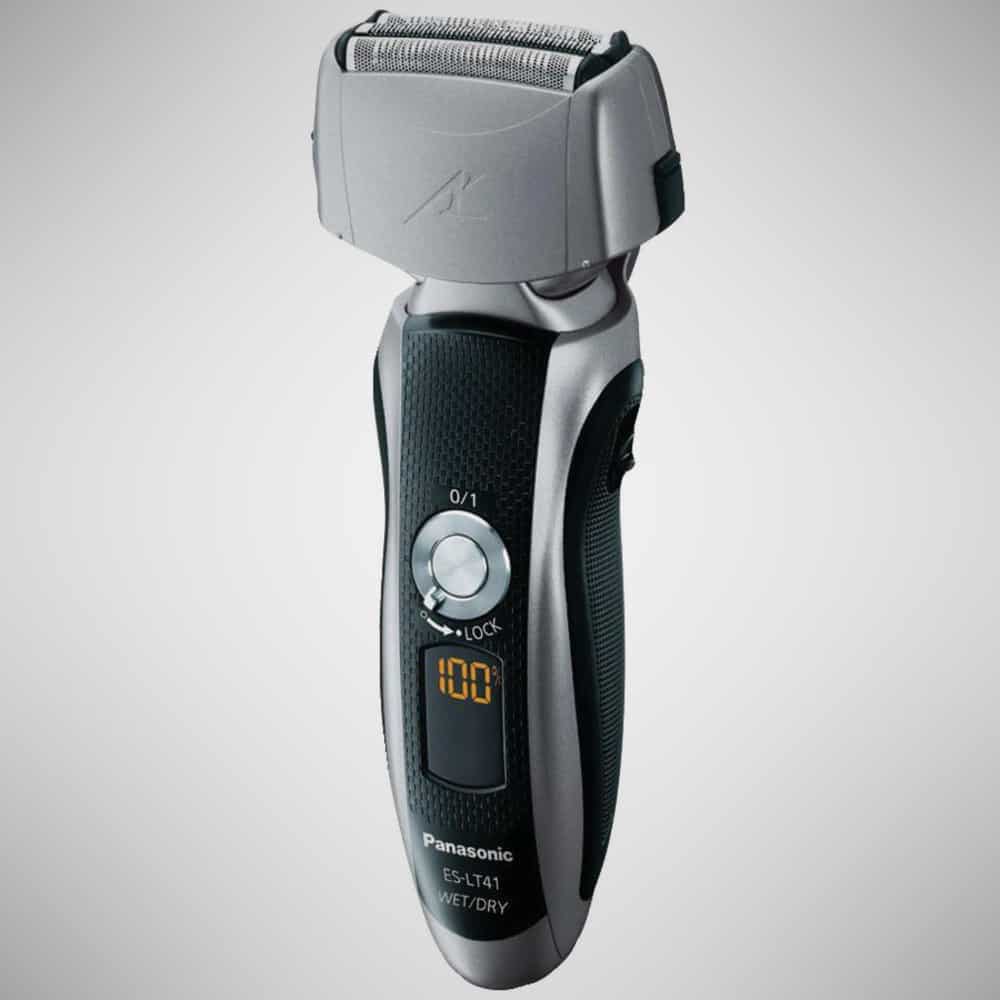 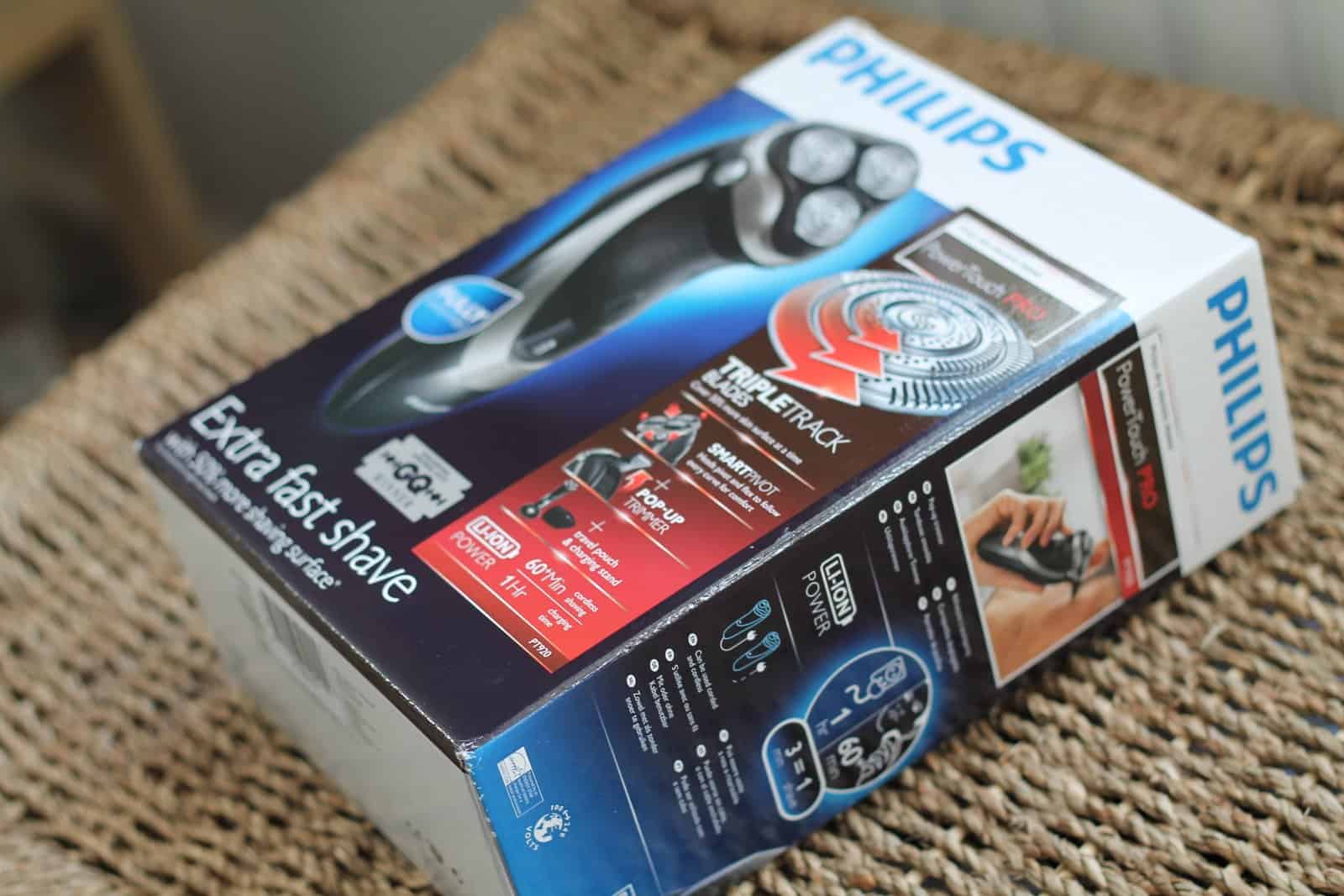 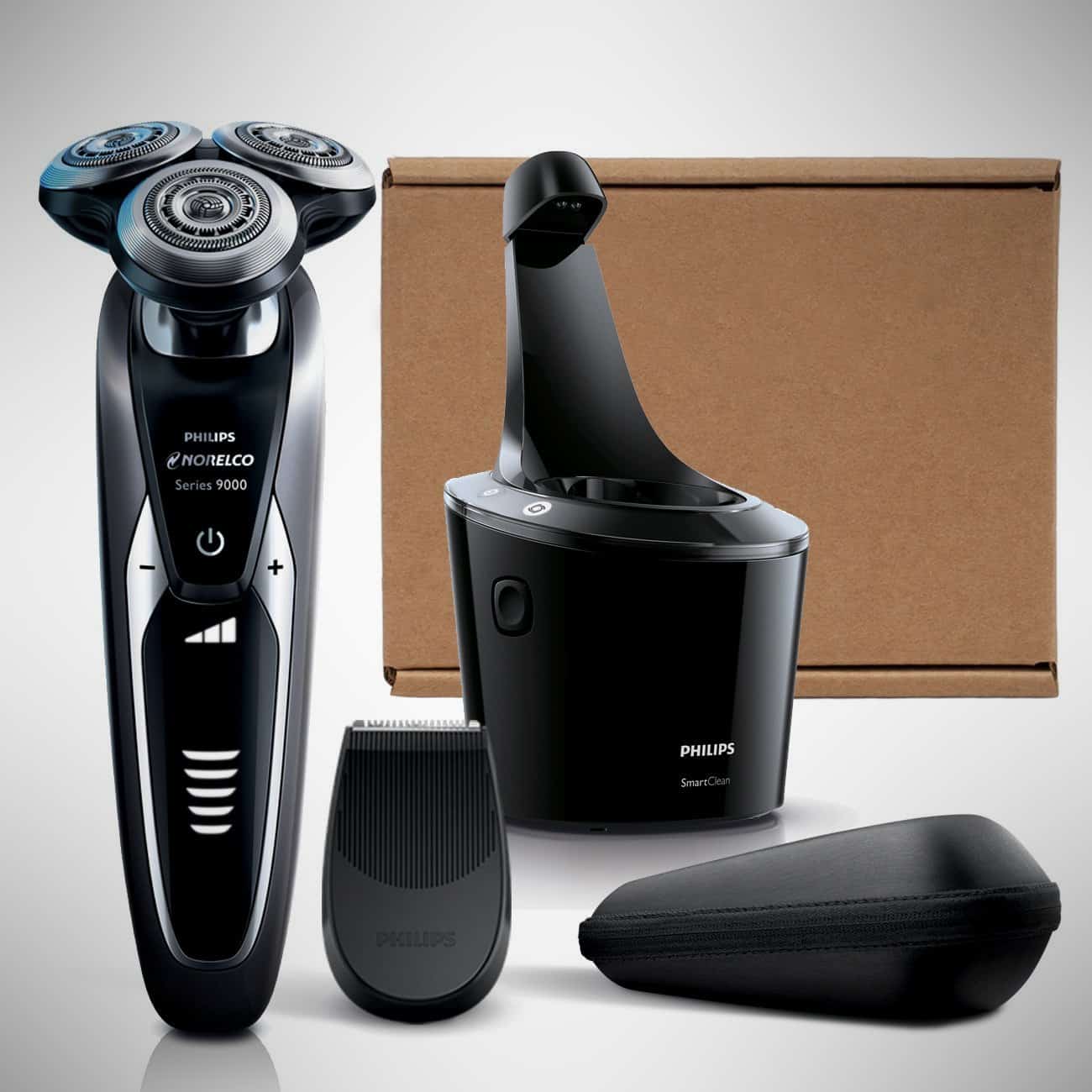 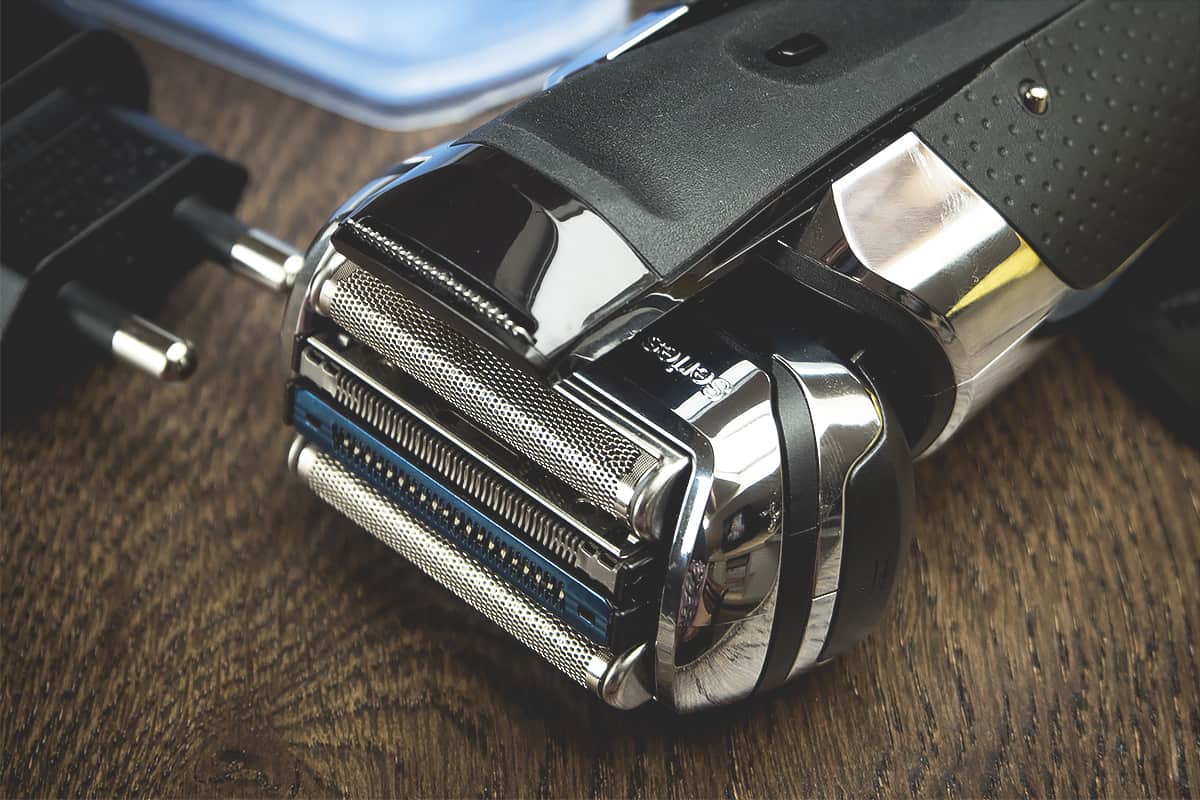 Blades are of the past. Like quill pens, parachute pants, faux-hawks, honest politicians, and hope, there’s no place for blades in this contemporary life. Unless you’re julienning up a garnish. On your face, you should be using the non-figurative cutting edge of technology. That means eschewing the cartridges and the straight edges in favor of the pulsing, gyrating magic of electric razors.

Good electrics need to cut well, but they must have more going for them than mere hair removal. They must also run without tiring your arm, have enough battery to get you smooth, be easy to clean, not suck up space on your counter, and has to make you look good. Longevity, durability, portability, accessibility, and other -ity words are all necessary for getting an electric deserving of your skin. Since it’s the title of the article, let’s get down to the 7 best electric razors.

Foils for the F5-5800 are cheaper, which can decrease the lifetime cost, to say nothing of its light entry price. Though typically the top electric razors start at about $100, you can still make hay without quite so much out of pocket. A little buzzy on the hand, but powerful for the added wiggle, there’s a fickleness to this cutter that requires you use it light as a feather to get a good cut and not annoy your skin. Those with really sensitive face flesh might want to give it a miss. The plastic head is cheap, as are guards, which can lead to replacing your foils more often. Purchase: $44

Barren of most major features, though often laden with accessories you don’t want, the Arc3 isn’t necessarily something we suggest you purchase, unless you can live with a pretty decent foil razor that you won’t mind losing. Slimmer, lighter, and less pumped up, it’s tough to imagine why you would need to save very little money to get an Arc3 over something a bit better, but to each their own. This is an example of “best” meaning better than other choices, not necessarily great in its own right. Purchase: $60

The 5K team in the P/N household are the only good rotary options that come in at a low cost. To our collective skin, these lean toward harsh, aren’t as flexible as foil options, and don’t quite get the smoothness we need before heading off to job interviews, first dates, or the underground fighting ring. There’s a “Turbo” option that doesn’t quite make sense, as you’re going to use it all the time to get the most out of your shave. Workable wet or dry, go in with expectations tempered to be pleasantly surprised. Purchase: $90

You have a couple of options when you pick Panasonic’s Arc4. There’s the more expensive ES-LA93-K model comes with its own cleaning base. Admittedly, the cost is nearly the same as a Braun 760cc, and more than the 790cc as of publication. Those who like to shave in the shower, or would rather discard the base in favor of a less cumbersome experience will find ES-LA63-S is actually a superior machine. In our experience it handled difficult hair more aptly, leaving less skin issues in its wake, less burn, and more soothing sensations when finished. While the Arc 4 line seems a little worse balanced, a little more annoying, and doesn’t even save you money when put toe-to-toe with Braun’s 7, your experience might be wholly different. And, even if it isn’t, the difference is only notable side by side. Purchase: $100 and $135

Foil razors are the norm for electric shavers since they tend to cut closer and cause fewer problems than rotary razors. This isn’t true for all people, and many will say is flat heresy against rotating cutters. Since rotary fans shouldn’t be left out in the cold, Philips/Norelco decided to pick up the torch. Among their options, the 9300 stands out as a supremely comfortable and powerful choice, which blasts other rotary choice away. It’s not nearly as abrasive as other rotary options, battling the biggest complaint of rotary guys going back to the dawn of time. It’s also groaning with features, feels ready to work in your hand, and is a hard bastard to kill, even dragging it all around the far east. Purchase: $180

Braun has shot the moon when it comes to electric shavers. For years the company has been hedging out the competition by making beard buzzers that cut closer, feel better, and are easier to clean than nearly anything. Exclusively foil shavers, the best of the bunch is the 760cc model, shortly followed by the 790cc, which is basically the boring sister to the 760cc who is equally gorgeous when she takes off her glasses and pulls her hair out of a pony tail.

Everything on the 7 Series bench is a slugger that can get close but not irritate the skin. The vibrations work in favor of your cutting task, lifting the hair on your face into an excited state to then cut it down. Braun has named this “Pulsonic” which sounds like a gimmick. It isn’t. Foils among the Series 7 can hit at every angle, altering to suit your facial contours. They weigh scant ounces, but have a solid feel in your hand that rarely slips from your fingers. Purchase: ~$200

Going up to the Series 9 from the Series 7 isn’t a huge leap in quality, and certainly doesn’t ascend in terms of cut. Where Braun has beefed up the Series 9 over less expensive choices is in size. Each piece has the same mobile, handheld weight, yet is made a little longer and wider in the body for a greater hold and control as you go. There’s also some new trimmer settings that claim to help with especially troublesome, curly, or unruly hair. The claims aren’t necessarily wrong, but few Braun electric razors are bad at removing hair, so seeing a huge different between them is next to impossible.

The short answer between the 7 and 9 Series are all in what you want to spend. Hit anything and you’ll be pretty happy. You’ll certainly get more out of the bigger, more costly options, but only you can decide how much razor your mug requires. Purchase: ~$400