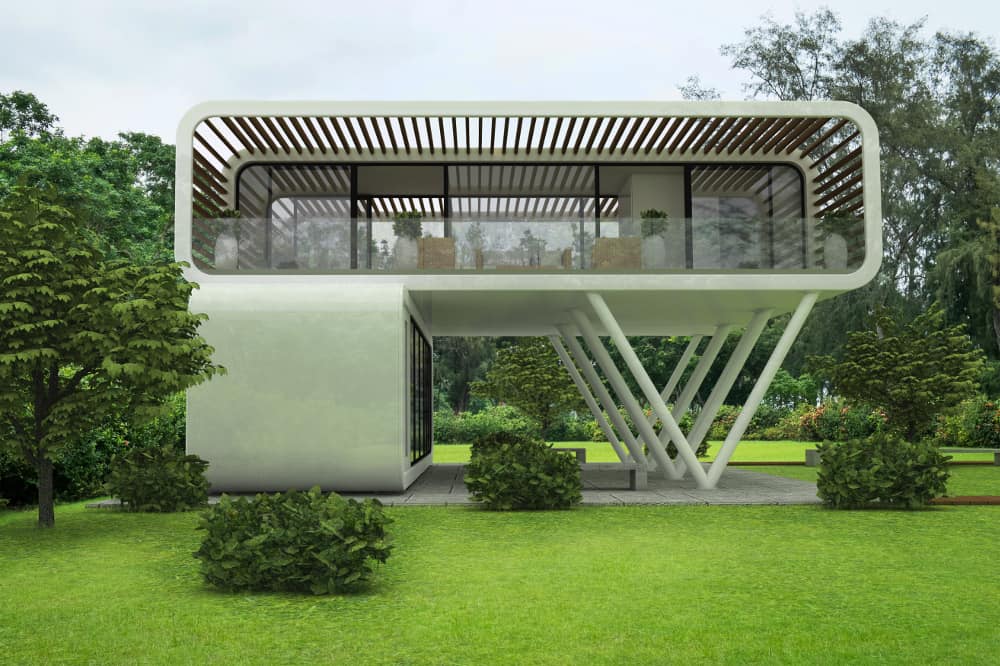 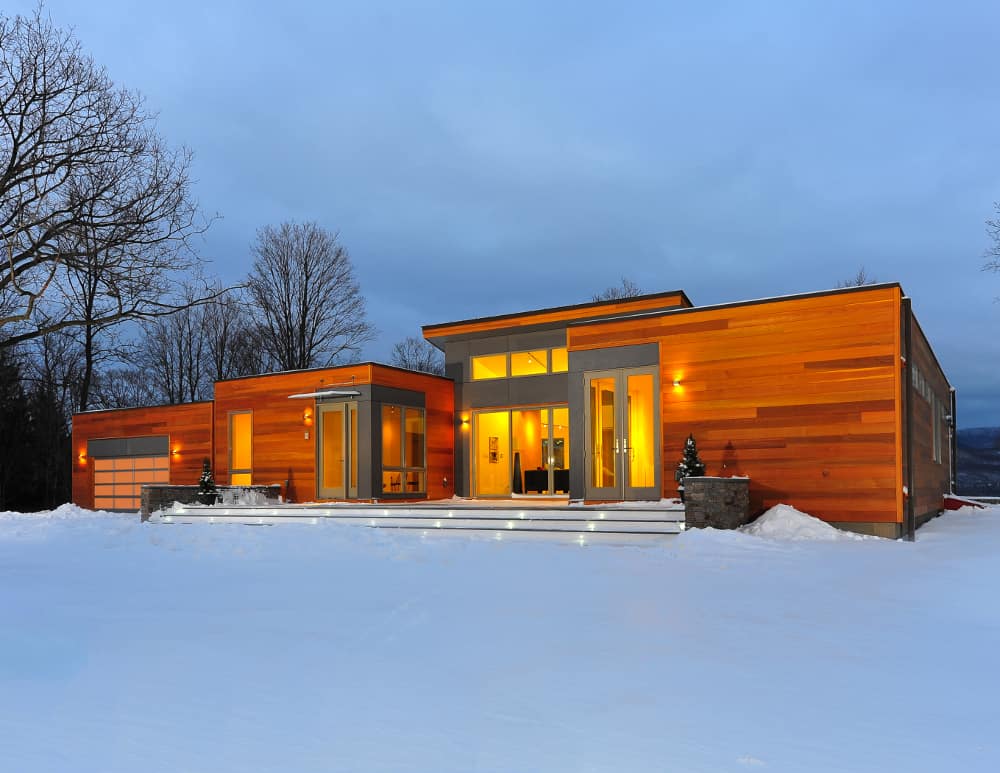 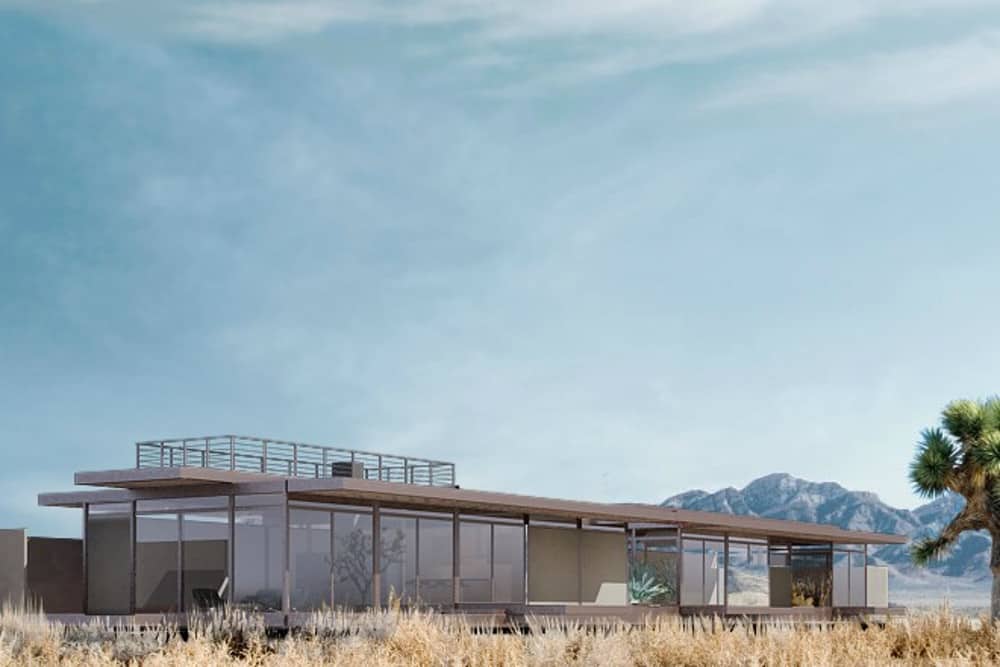 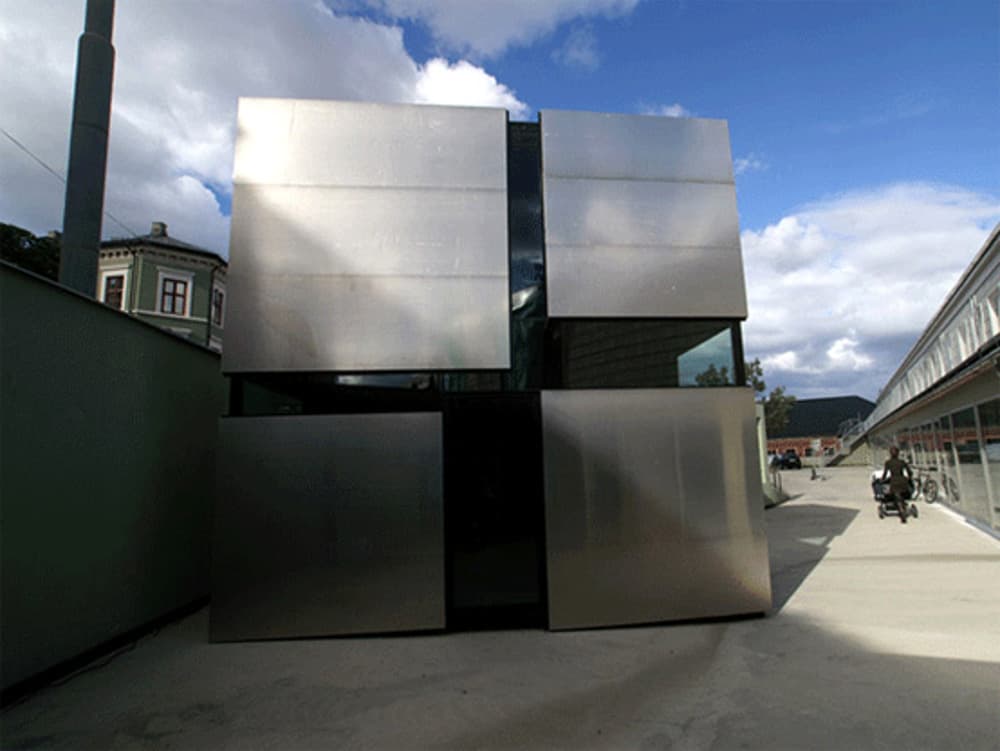 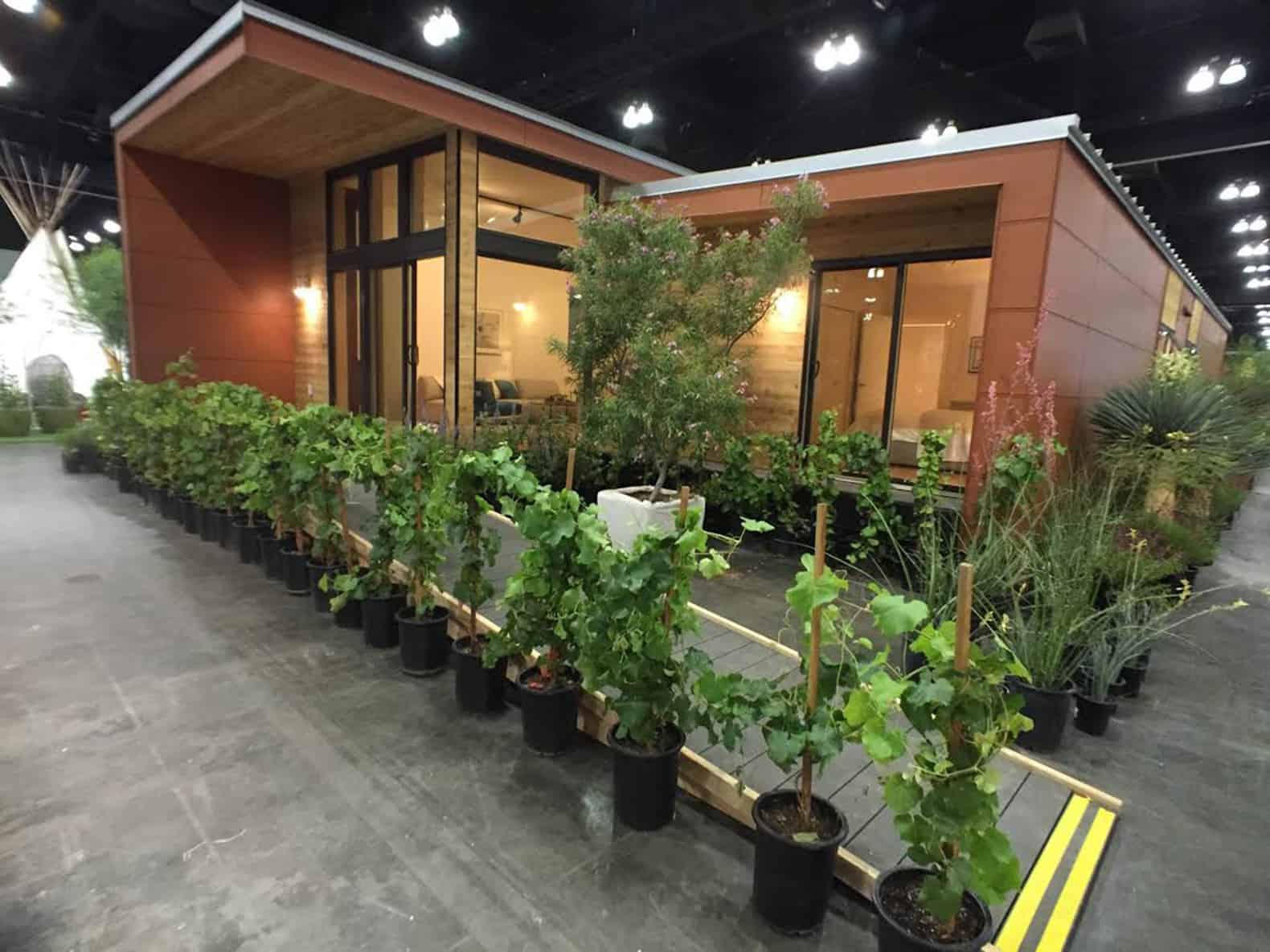 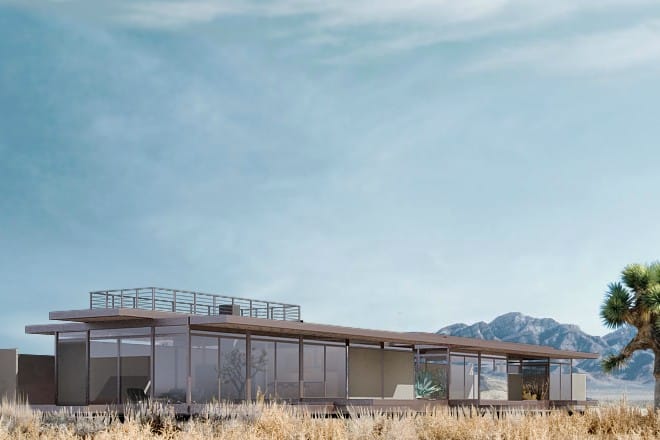 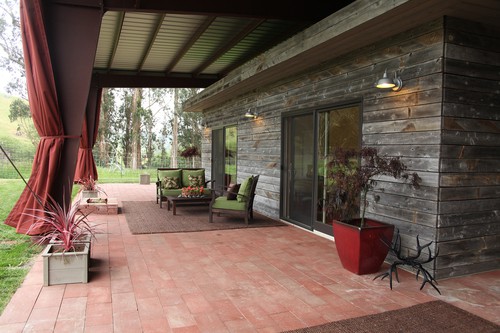 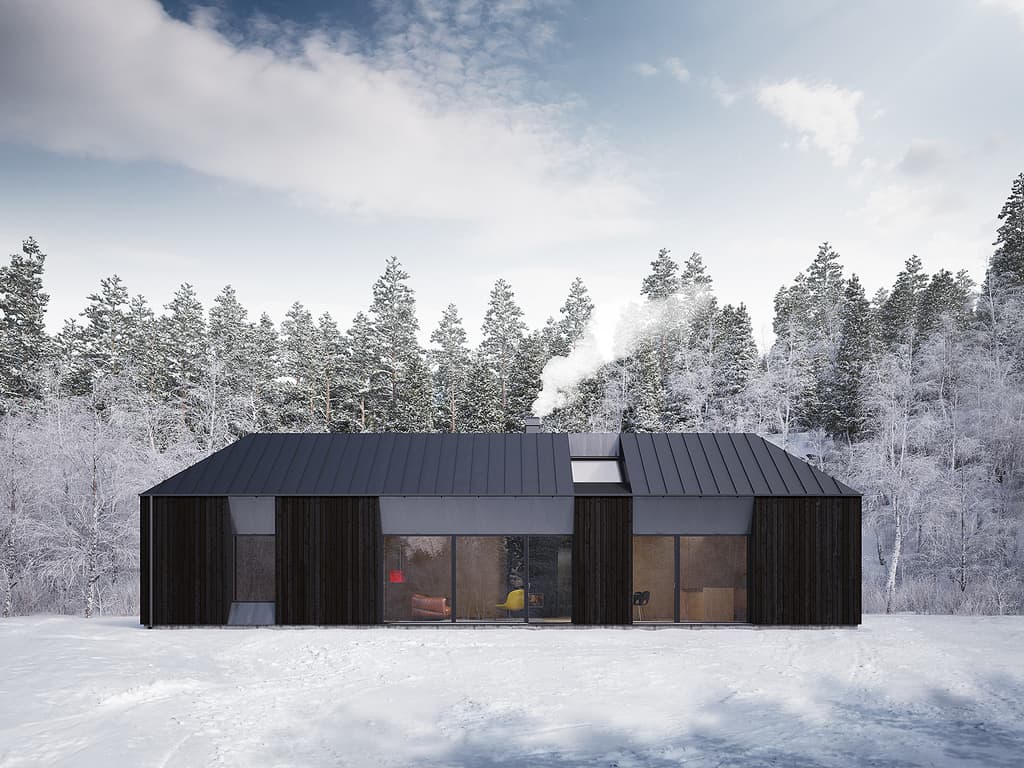 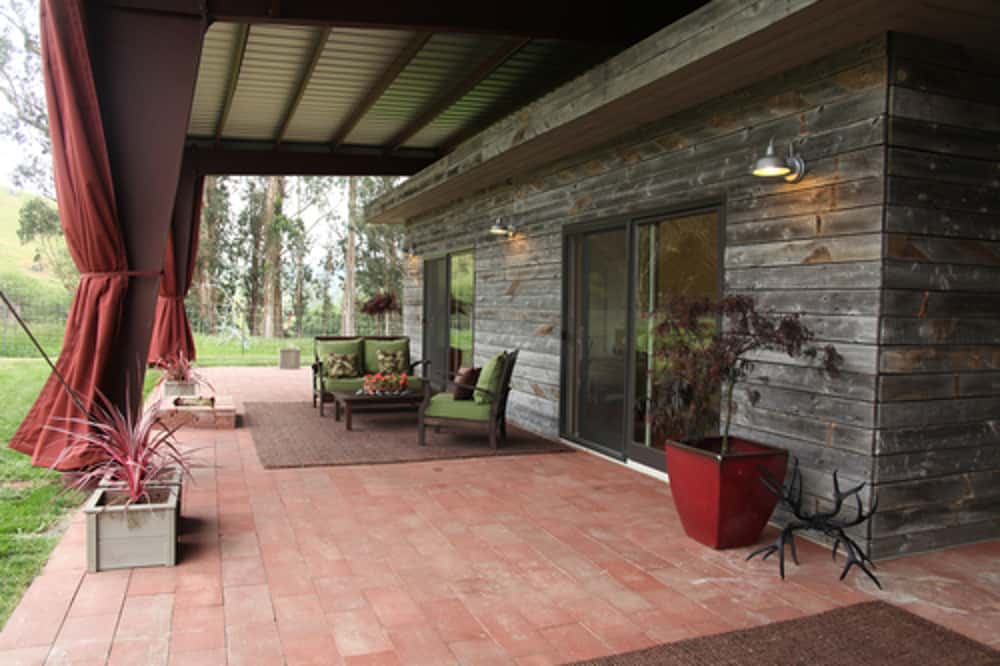 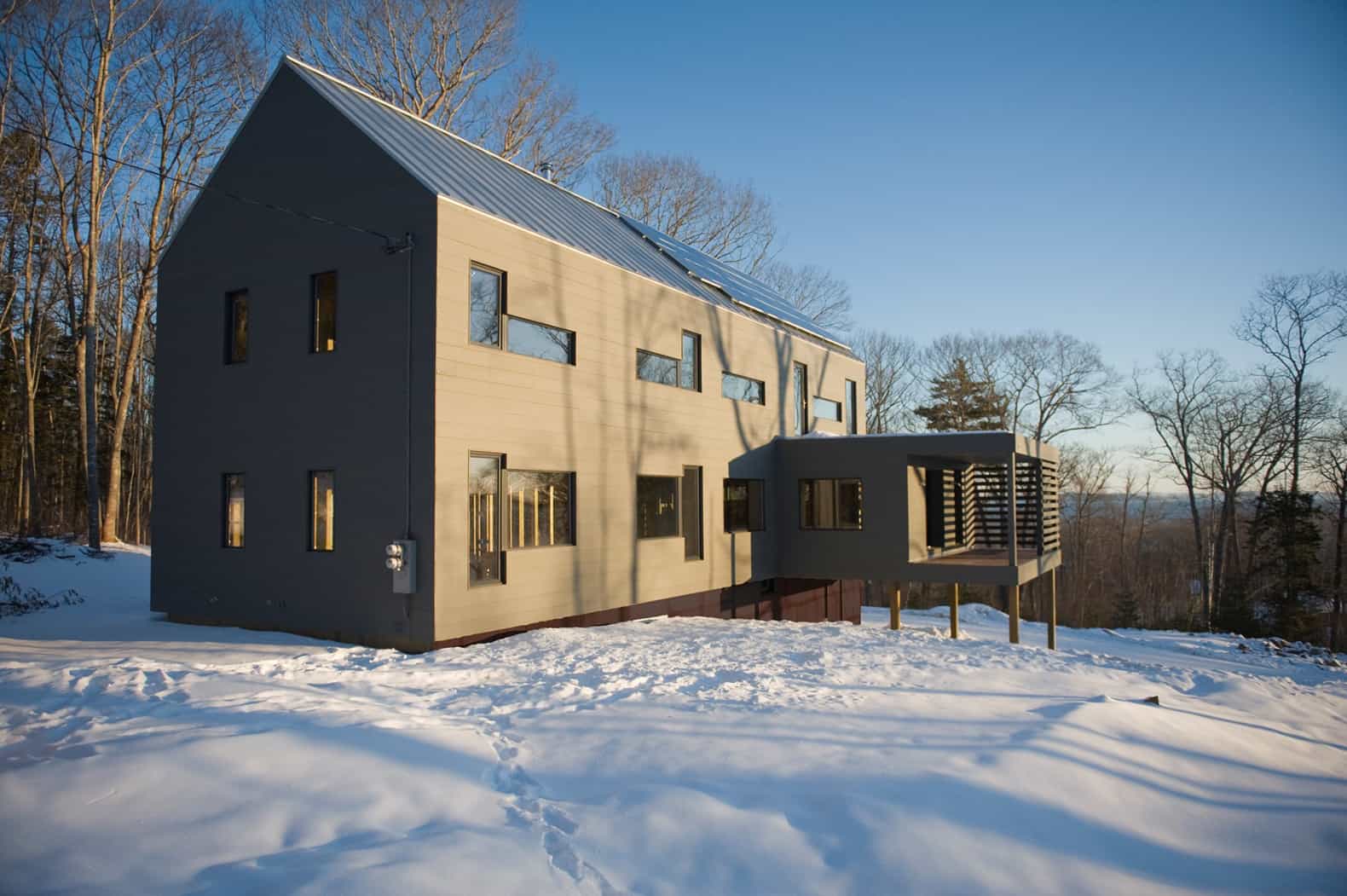 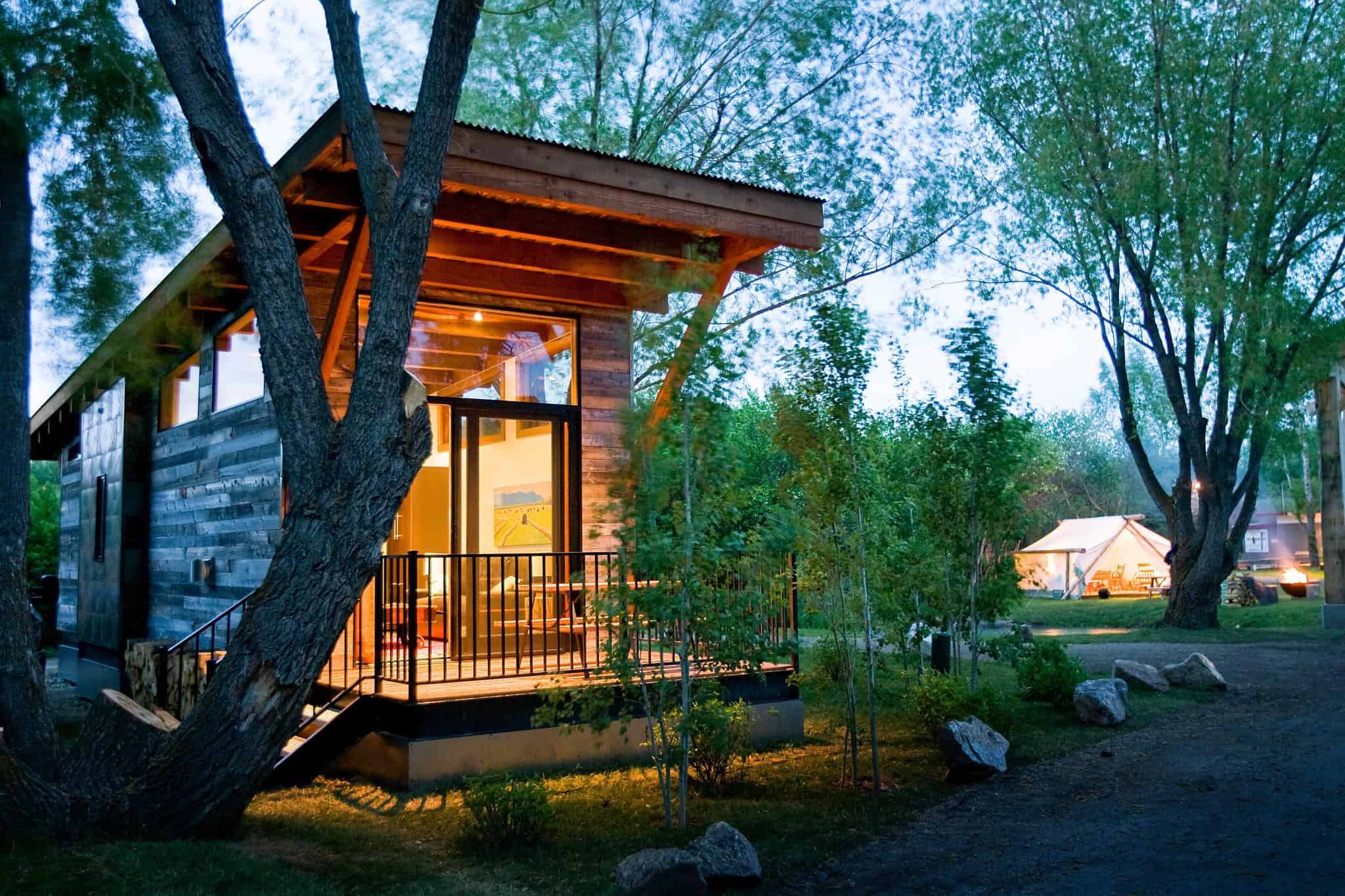 Designing and building your dream home can be a fantastic experience where you spend excessive amounts of money to pay people to dig wells, survey the landscape, give you inaccurate estimates for time, overcharge, under-deliver, and make your Cortisol levels spike on a daily basis. Then you could go the other route and buy an ancient piece of history that might fall apart under you, collapse around you, and is certainly riddled with the trials of residents before you. That’s a game of constant upkeep on something that’s not really yours.

PreFab or prefabricated houses try to give you a better experience on both ends. By crafting a new home that’s ready to go, there’s no trouble with contractors, fights with builders, and you’re not forever recovering from the sins of the past.

Prefab houses rarely strive to set the world on fire, so you’re not going to find many that are really unique. What you will get is a quality new home complete with new house smell, all for less money and far less worry than you’d get trying to make it up as you go along. If you need new, but want to save the stress, using one of the 9 best prefab houses is an easy way to get home again.

A tiny little structure that can exist on a 19 square meter plot of land, the cube is as much art as it is function. Ecologically friendly and designed to operate in temperatures that cover the standard range of climates where humans live, the Boxhome is meant to allow anyone to live nearly anywhere. Though the diminutive size of the structure makes it terrible for more than one person – some couples can tolerate it, but they’re likely insane – if you’re alone it’s quite cozy.

Intended to be made in Scandinavia, you can tell by the heavy slopes on the side that interior space was the premium concern. Instead of creating a wholly angular roof, which is more common for the region, more stylized, and functions to slip snow off, using the steep curve makes more livable square footage on the inside. Admittedly industrial in look, what it lacks in common graces it makes up for in longevity.

The “Passive” here refer to solar, as these are made to make the most of sunlight without adding in complex technology that could breakdown. There’s a total of 11 models to pick from, and prices run from the utterly doable to the half-million range where you could probably do better than pre-fab. The aim of the company isn’t to produce the most profitable homes, but to add value. That’s why the brand has been growing, and looking to make even more homes that are energy-efficient, help heat themselves, and can be bought by anyone in the market for a place to call their own.

Method starts inexpensive, and yet has a whole range of options that allow you to work in tandem with a team of architects to fine-tune all the features you’re going to need for the next few decades. Every home is made to look good on the plot where it will sit, which is a blessing in the largely cookie-cutter output of the prefabricated housing industry. We suggest the M-Series as it bears the most plain looks. If you want industrial or something a little more piquant, there’s options for oddballs as well.

A triple threat of top-notch architects heads up the design at LivingHomes. Looking at their sustainable models made with natural living in mind, and their approach to reducing the carbon footprint of every home, it’s easy to see why the green set has fallen head over foundation. Any of the LivingHomes three lines is exceptional for giving you a long-term, future-proofed place to hang your hat, with RK2 bringing the most style for the least money, in our humble opinion.

The House Port homes use either a single cube, or up to three placed together to create the effect. By using this simplified method of cobbling cubes into a house, it’s possible to rearrange them into more diverse structures, making more than another manufactured box out on a lot. They work with your desired layout for kitchen, bathroom, and living areas, then mix up their cube formula to find a way to serve the floorplan you want. The dwellings don’t go big, and are all single-story with galvanized roofs for a little uniformity to make the construction go quicker.

Blu began making the tiny prefabs we’re used to. They found they were so good at it, they expanded to offer luxury homes that were made and shipped to you. The Breezehouse is the crowning achievement of this, as the 3,000 square foot domicile is constructed around a glassy breezeway that saturates the center of your home with light, and a view of the outside world that’s immersive, without being wet and dirty.

The punny-titled Wheelhaus might have an annoying way of showing it, but they know branding. These homes are modular, allowing them to move from location to location during different seasons, but not looking like an RV. They emulate log cabins in look, but are also inspired by the longevity that comes about from working with nothing more than lumber and fundamental know-how.Wired to be easily set-up, they’re usually ready for residence less than a week after arrival. Though the outside is pure Lincoln logs, the inside is as modern as it gets.

Far and away one of the least expensive choices, every Coodo has wireless tech built in that lets you wire your house for total app control right from the jump. The open layout makes the 764 square feet feel a lot larger, with a passive solar design to help keep temperatures moderate. Not something to bring the family home to, but a respectable starter kit for someone seeking to live free of landlords for the least investment available.