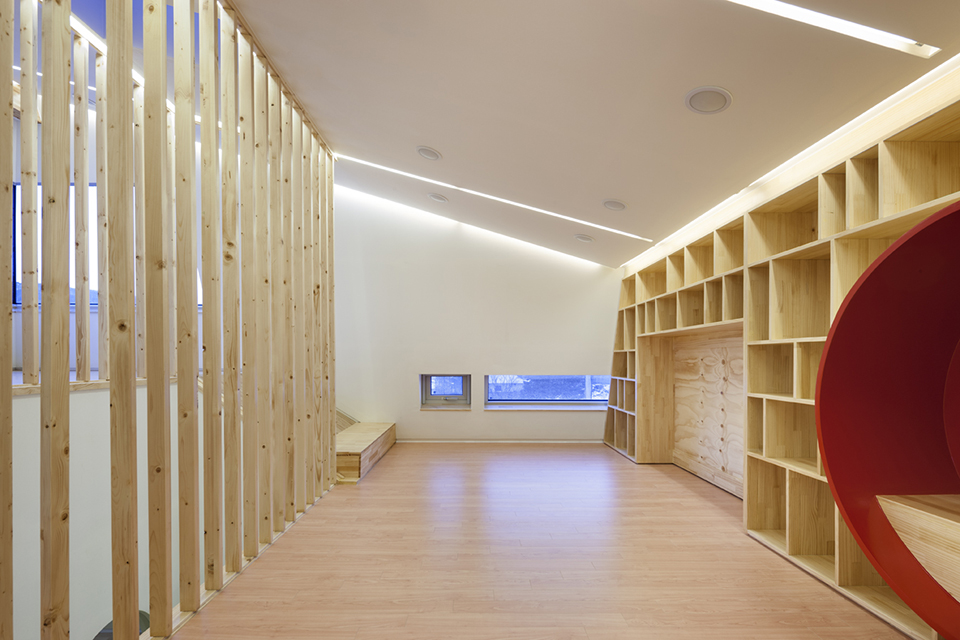 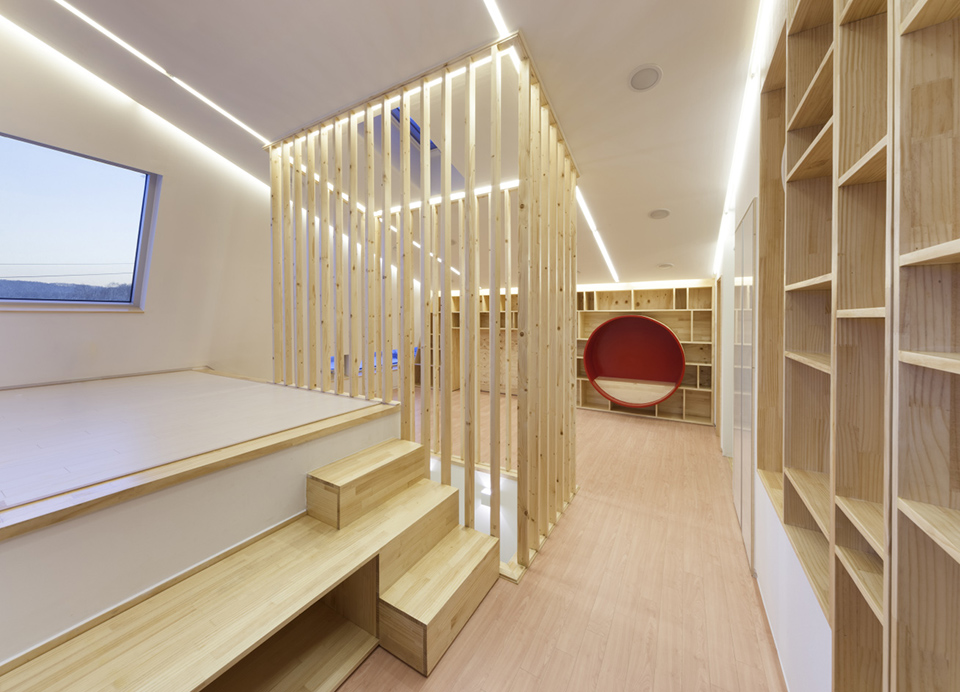 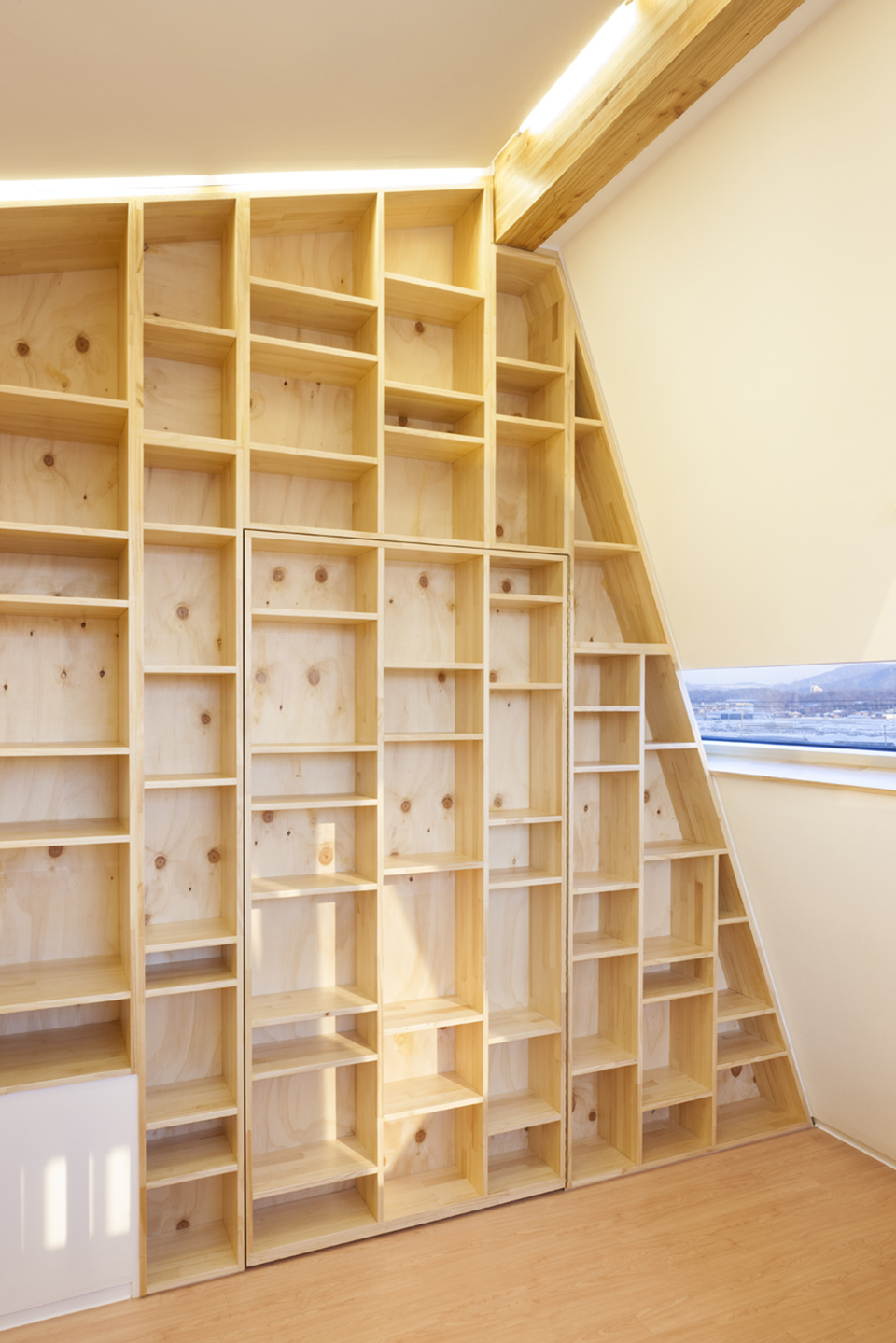 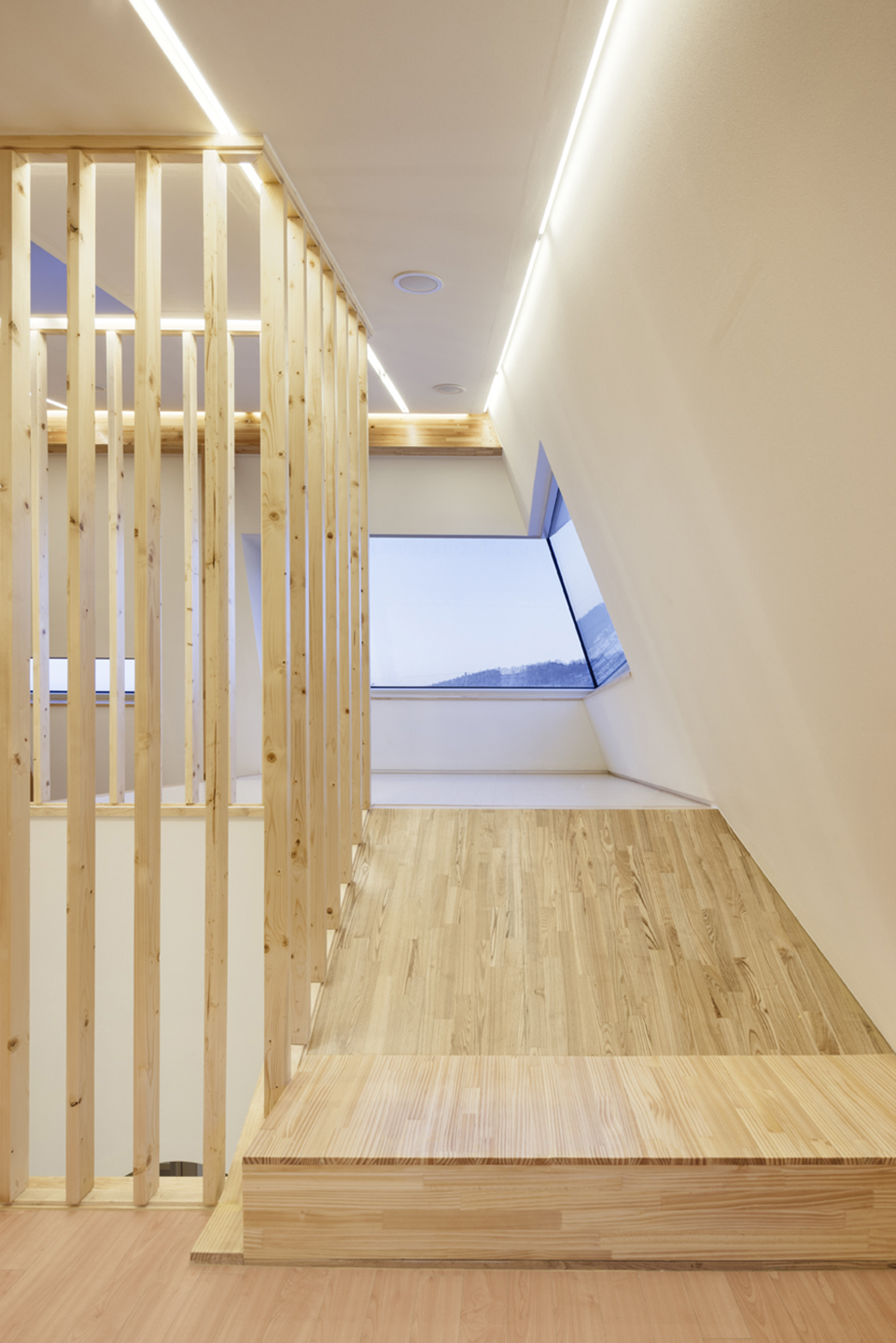 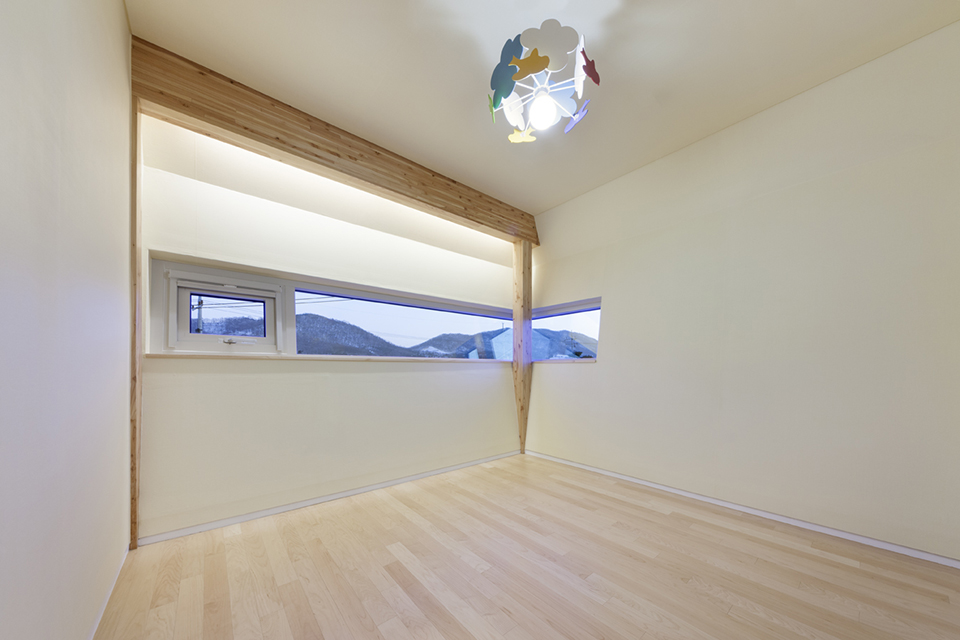 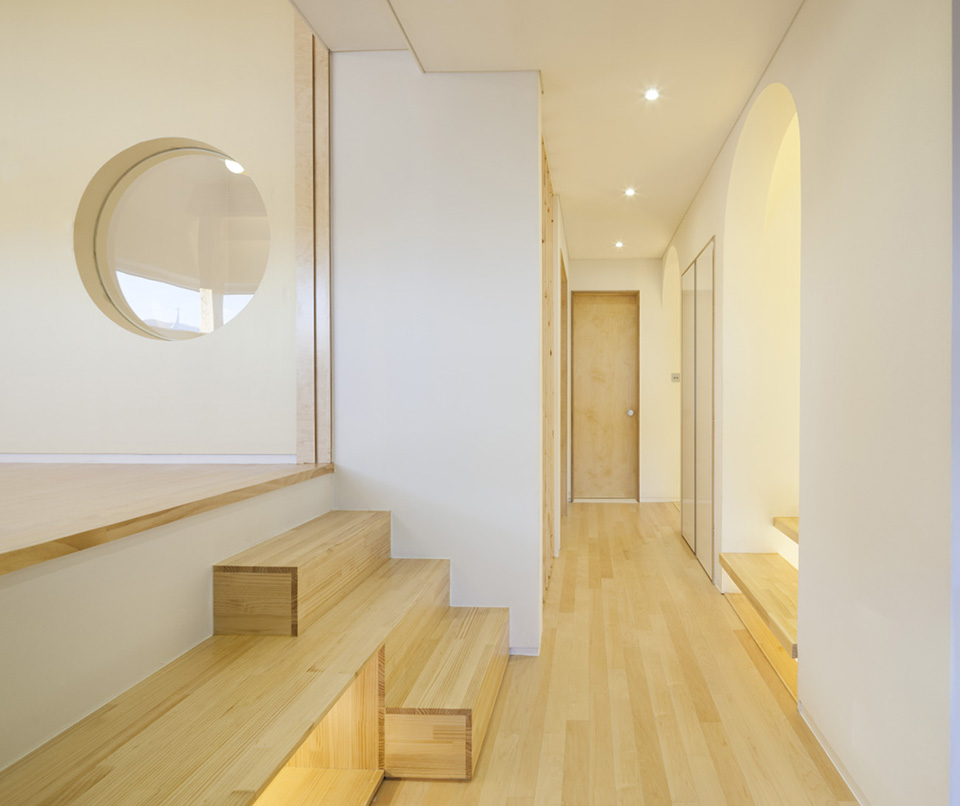 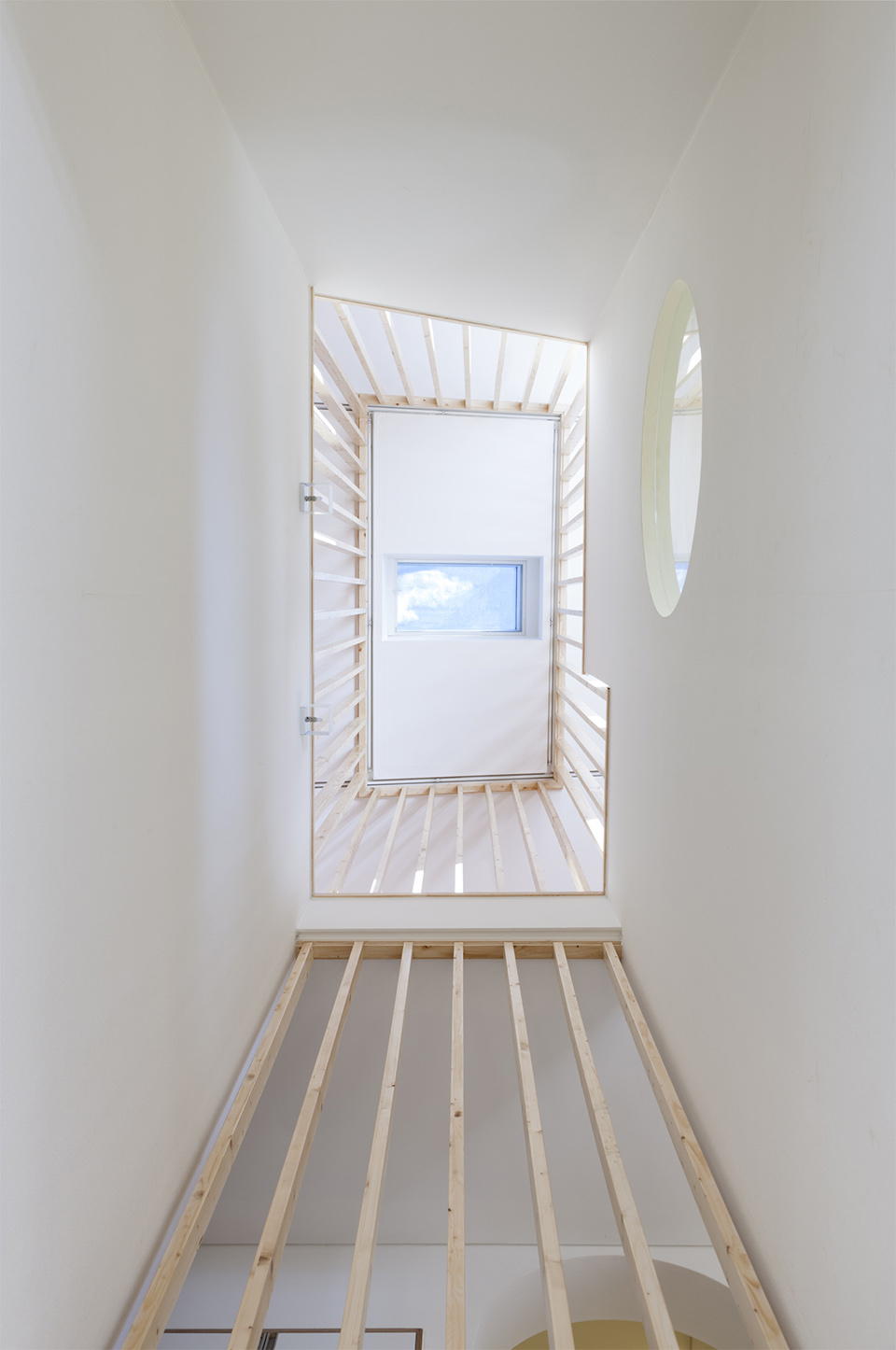 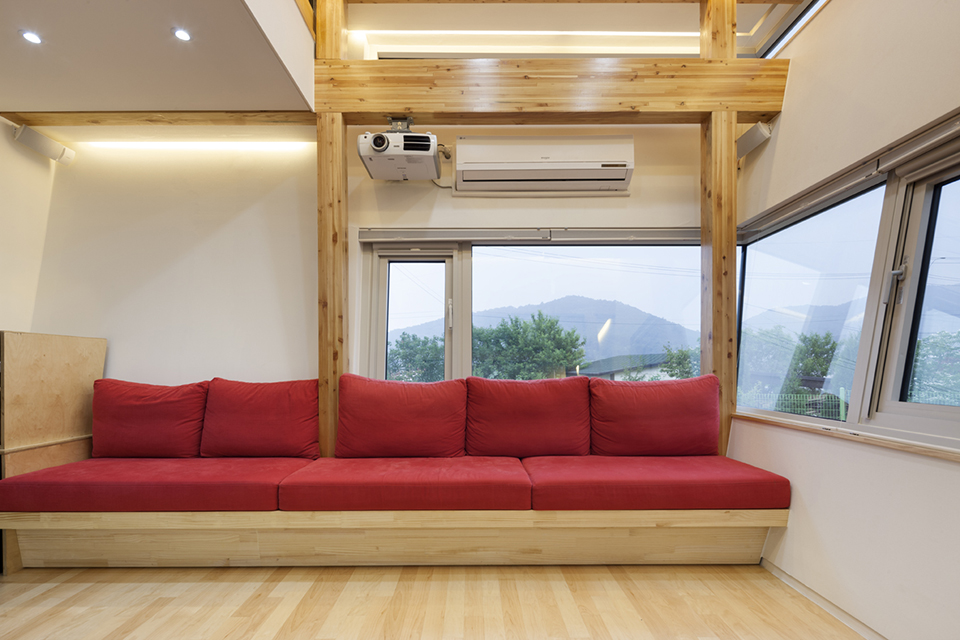 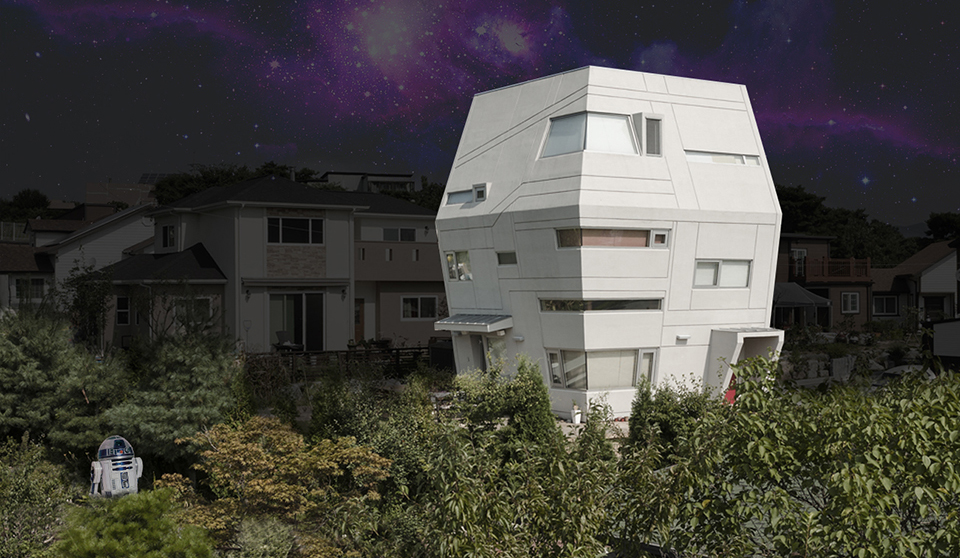 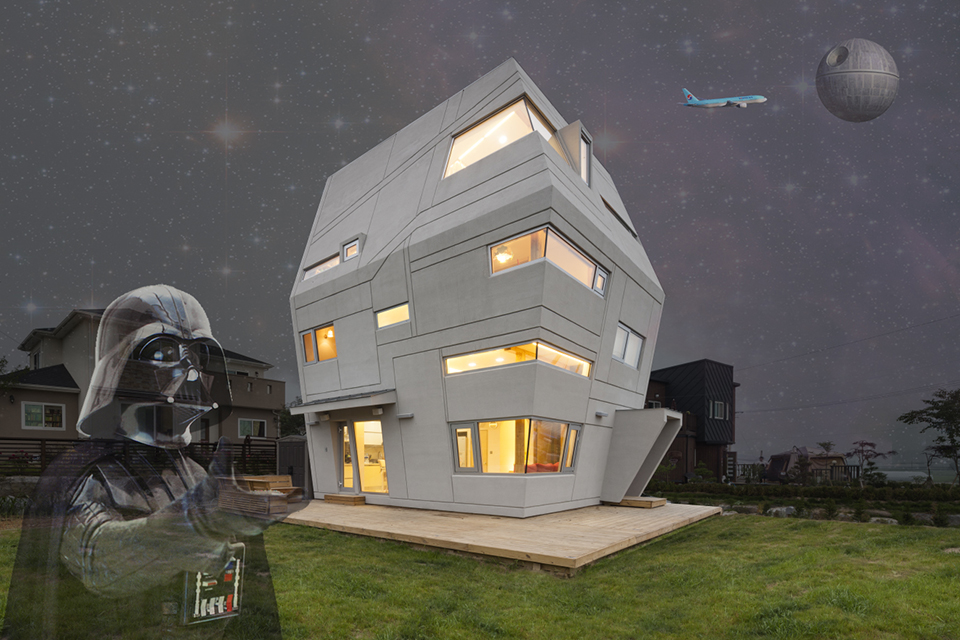 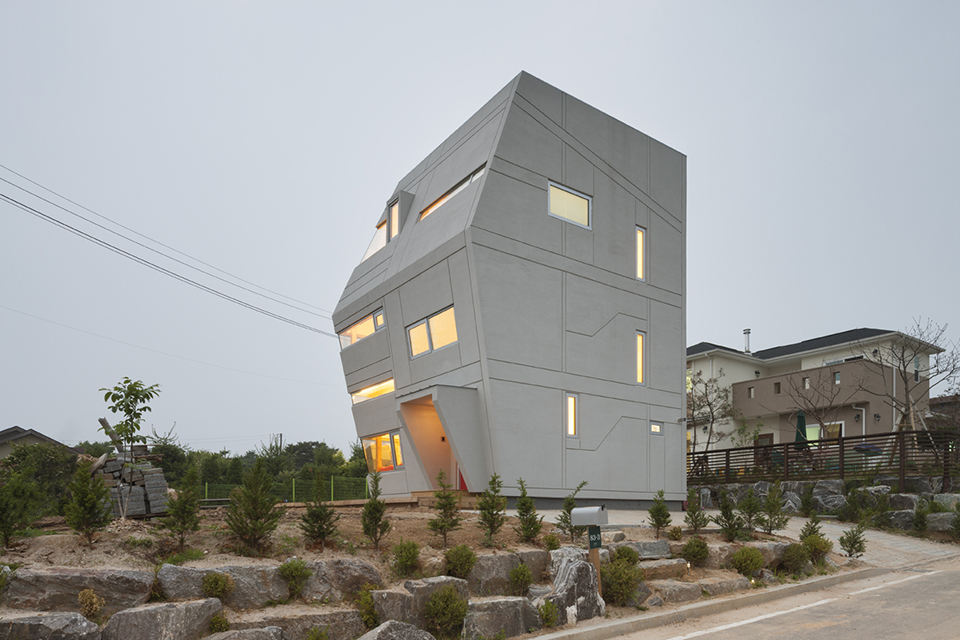 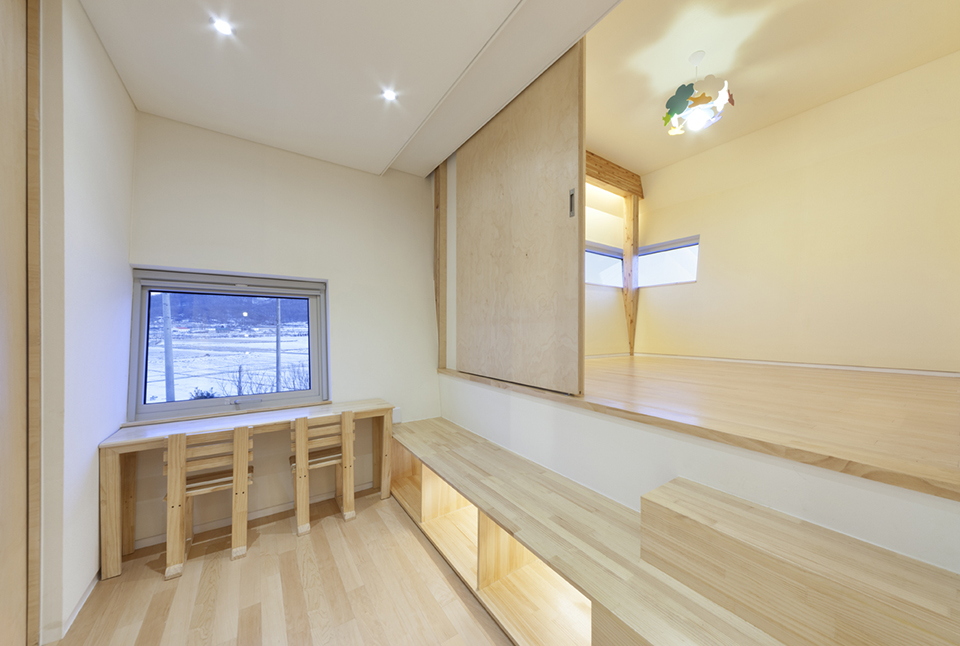 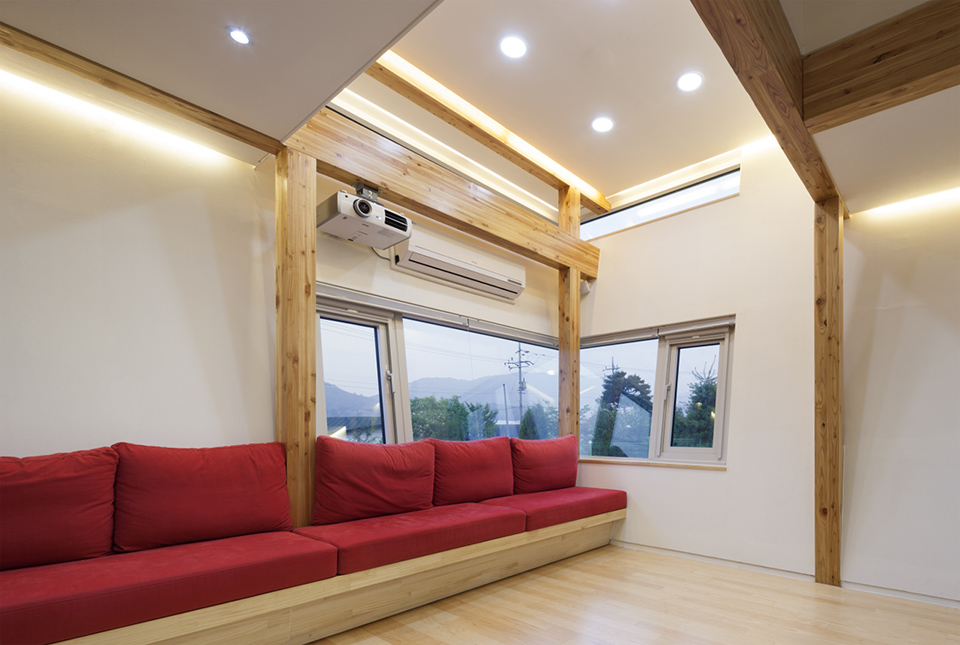 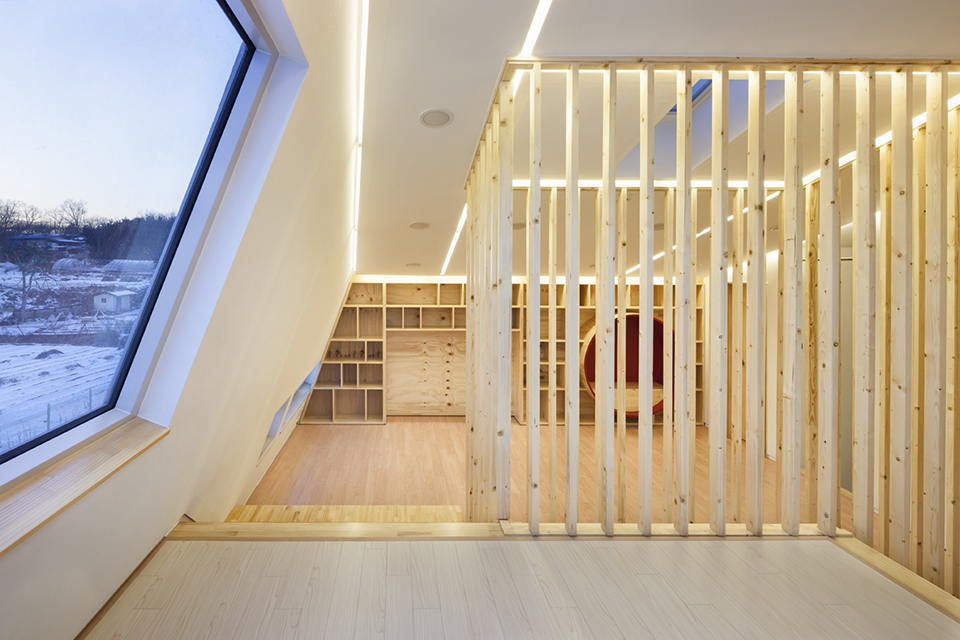 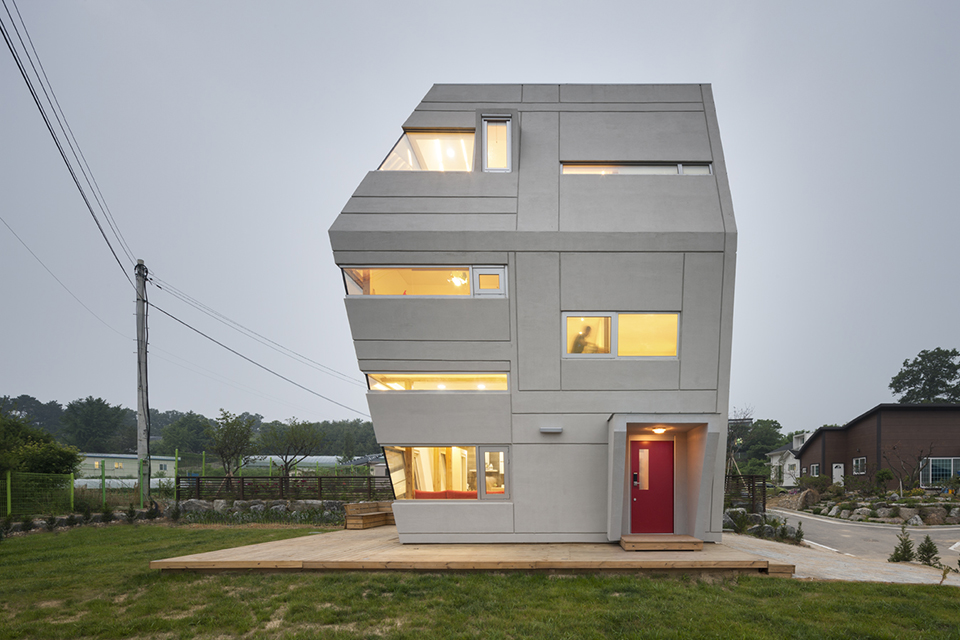 Star Wars fans are known for their dedication to the franchise, but how about a young Korean family whose house bears a striking resemble to one of the Sandcrawlers seen at the start of A New Hope? Located in a grassy suburb, the uniques design is the work of South Korean architecture firm Moon Hoon. Apart from its distinct shape, the house is also wrapped in a facade that resembles the outer hull of the Death Star. All this and it still manages to be a well-lit residence with plenty of space for the kids to play.

The house itself is comprised of two dense levels on the ground and first floors, with an upper story designed as an open play room for the children. Architect Moon Hoon even told DesignBoom that the upper level is “a place high up that could be a control room for the future darth vader or a jedi.” Outside, wooden decking wraps around two sides of the house to create a space for relaxation, summer BBQs, and quiet contemplation in the summer months.

Even though the outside is obviously sci-fi, most other areas inside the house are much more reminiscent of modern times. Pine-and-birch woodwork coupled with white walls. There are of course, a few interesting touches such as a short slide between levels, and secret room accessible through a hidden entrance in the wall’s shelving pattern.

Initially inspired by the husband’s childhood dream of becoming an astronaut, Moon Hoon has gone above and beyond to produce a house that draws on many elements of the Star Wars universe, without copying any one in particular – and all for the reasonable price of just $200,000. 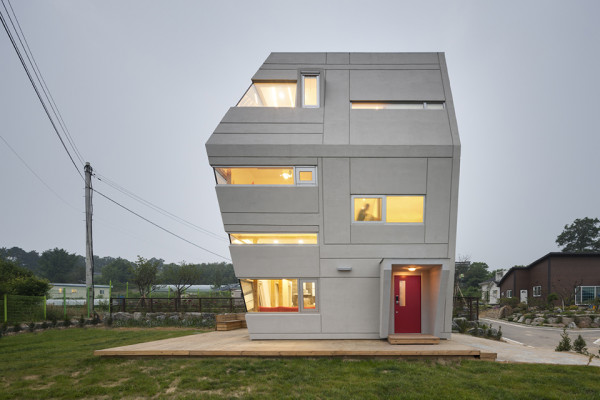 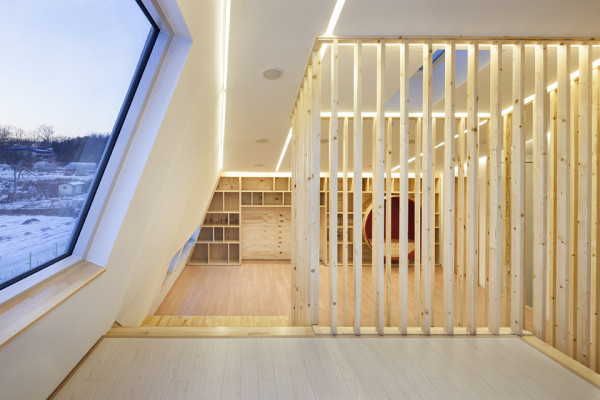 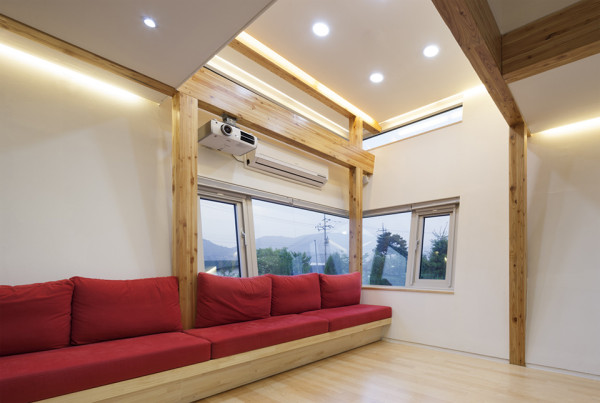 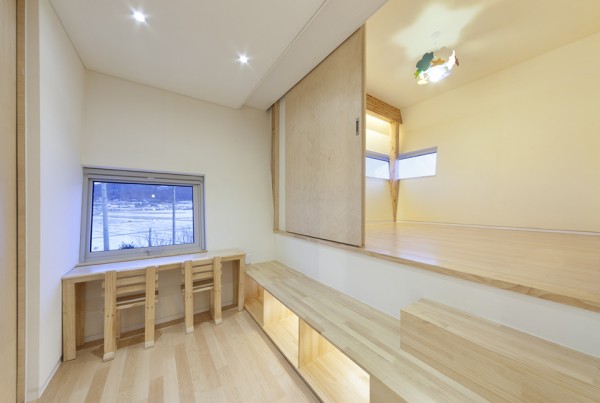 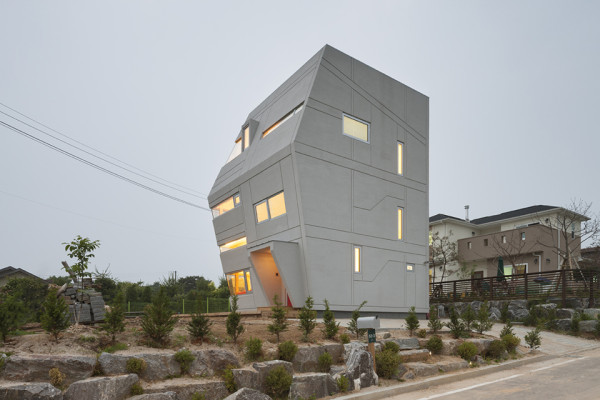 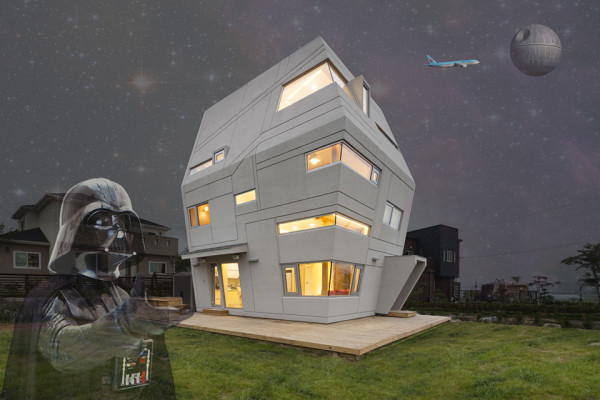