A Century-Old Home in Singapore Becomes a Modern Masterpiece 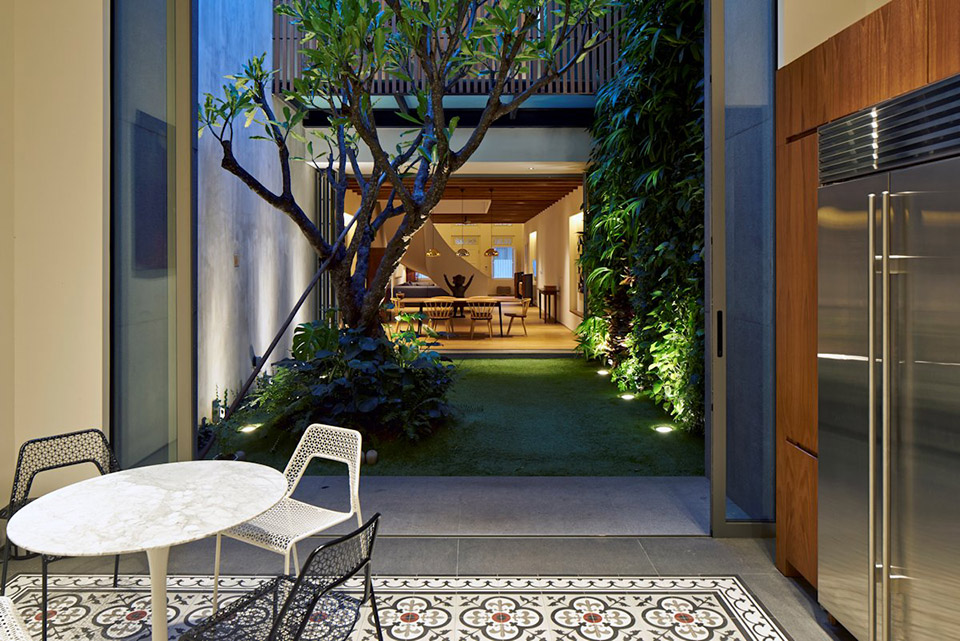 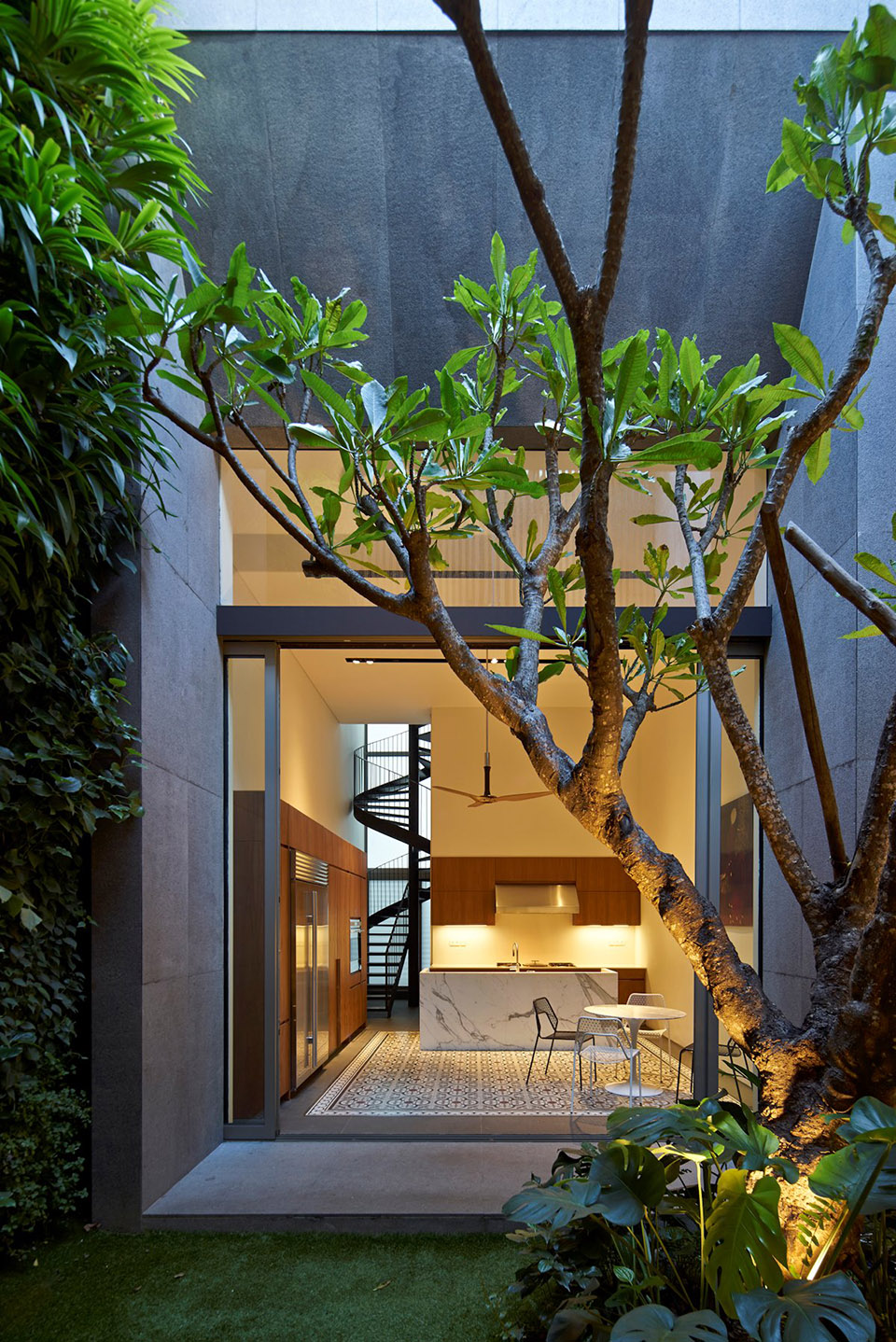 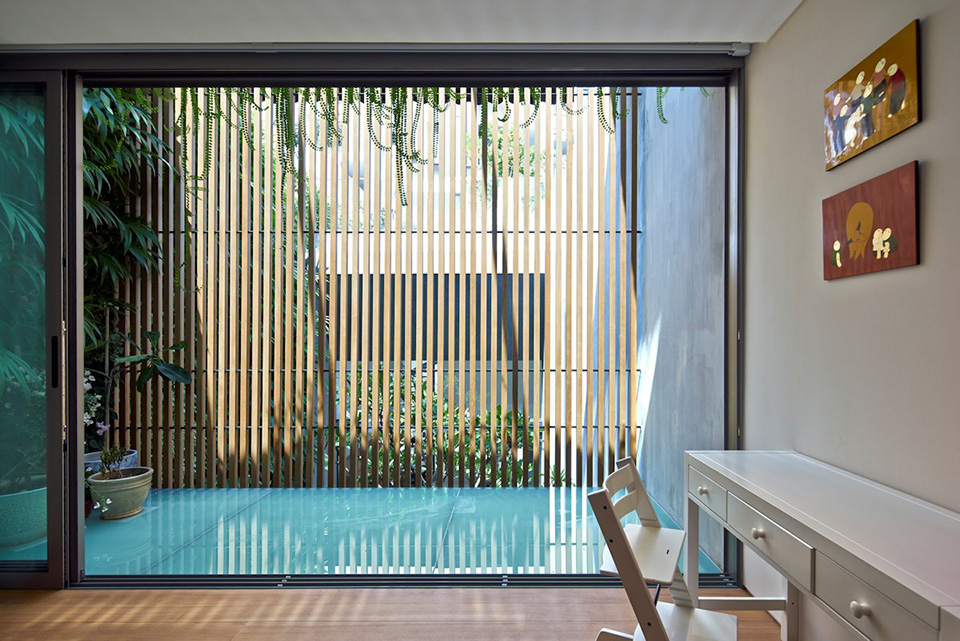 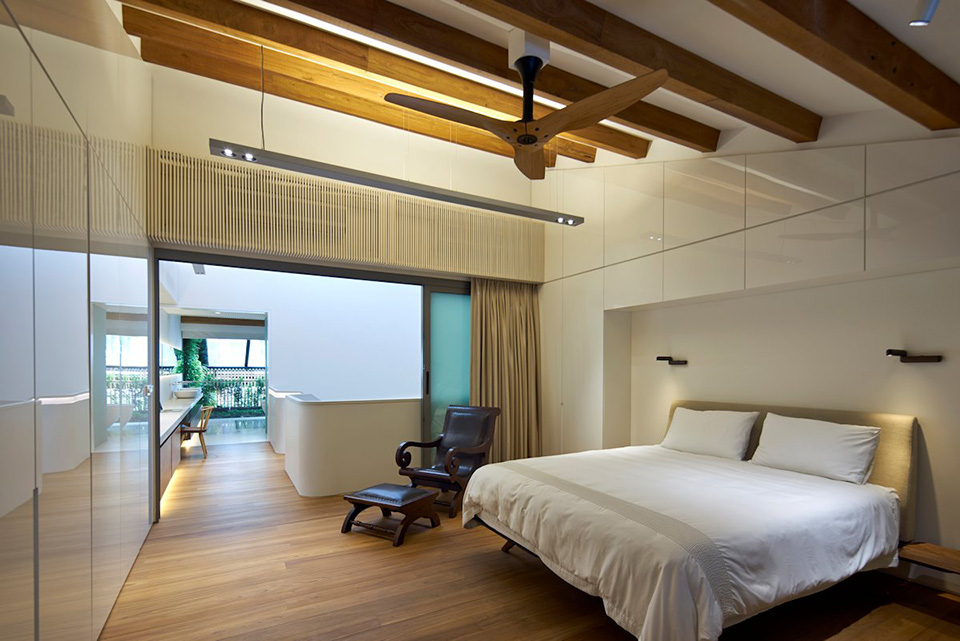 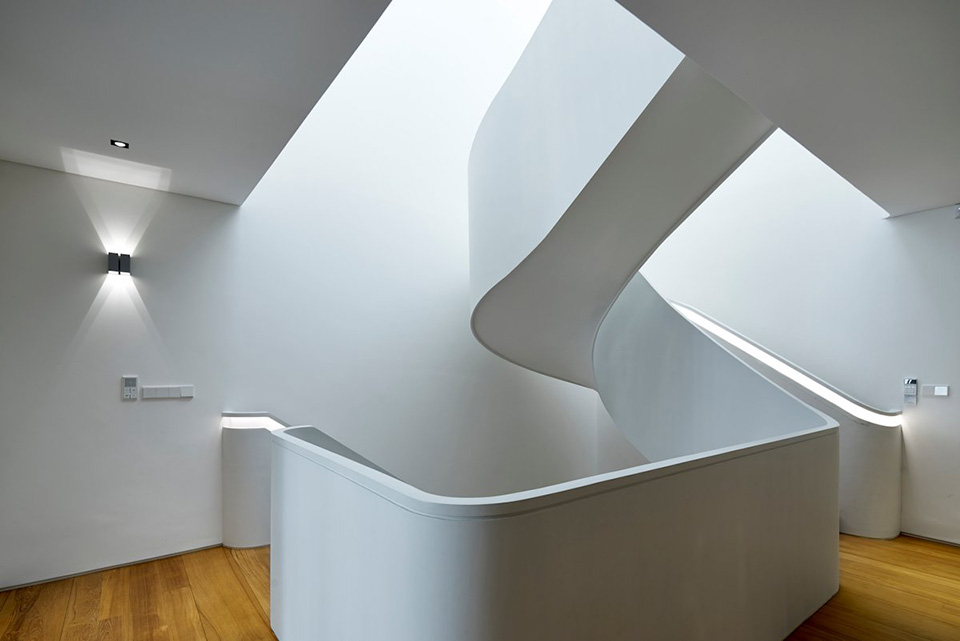 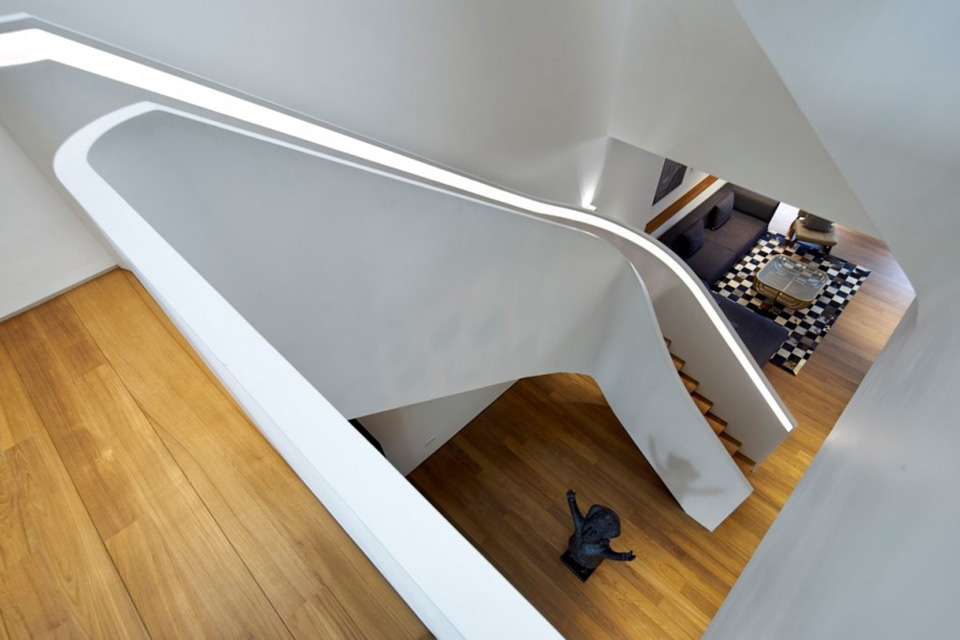 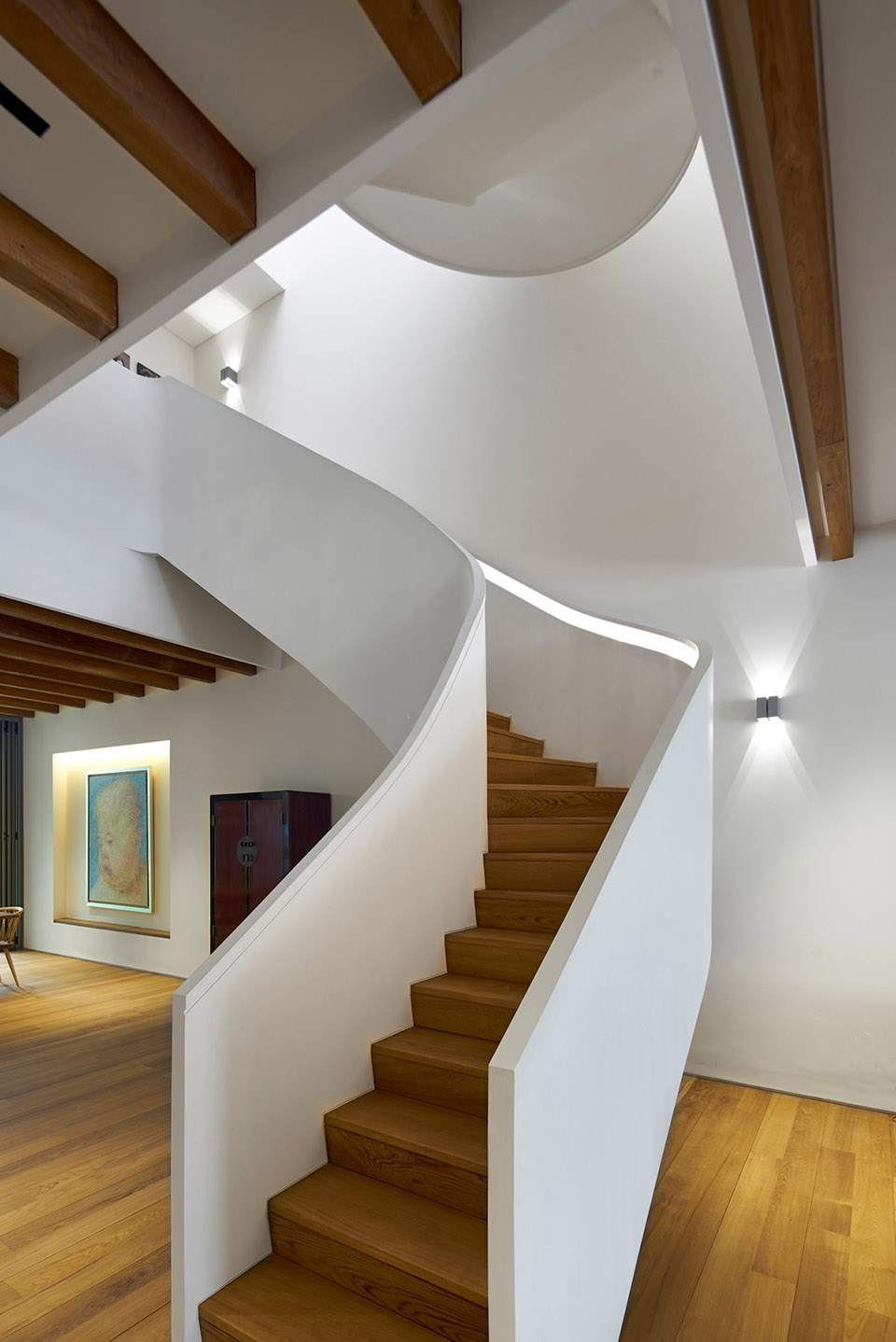 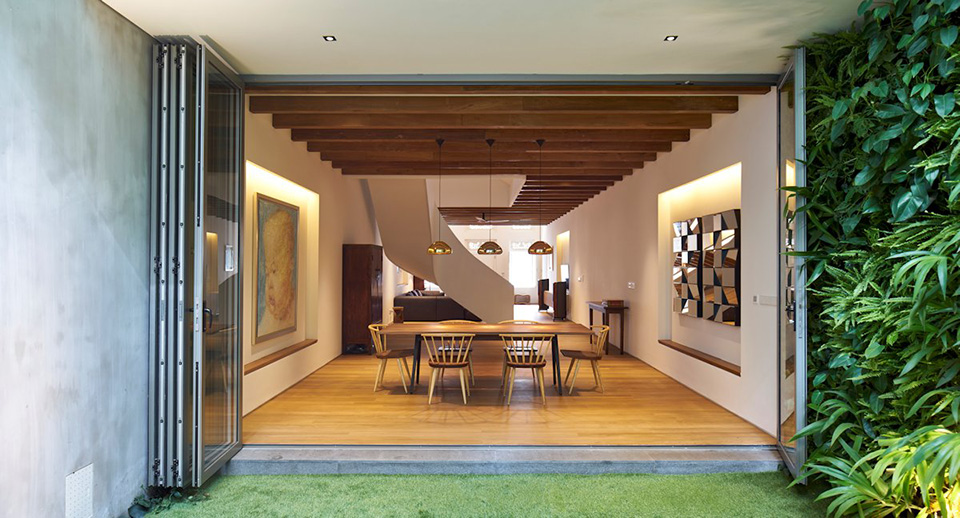 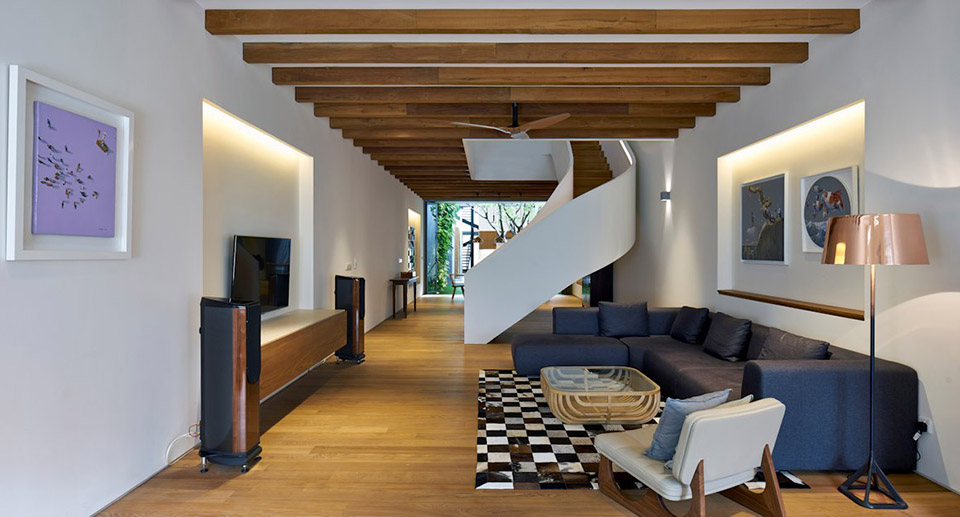 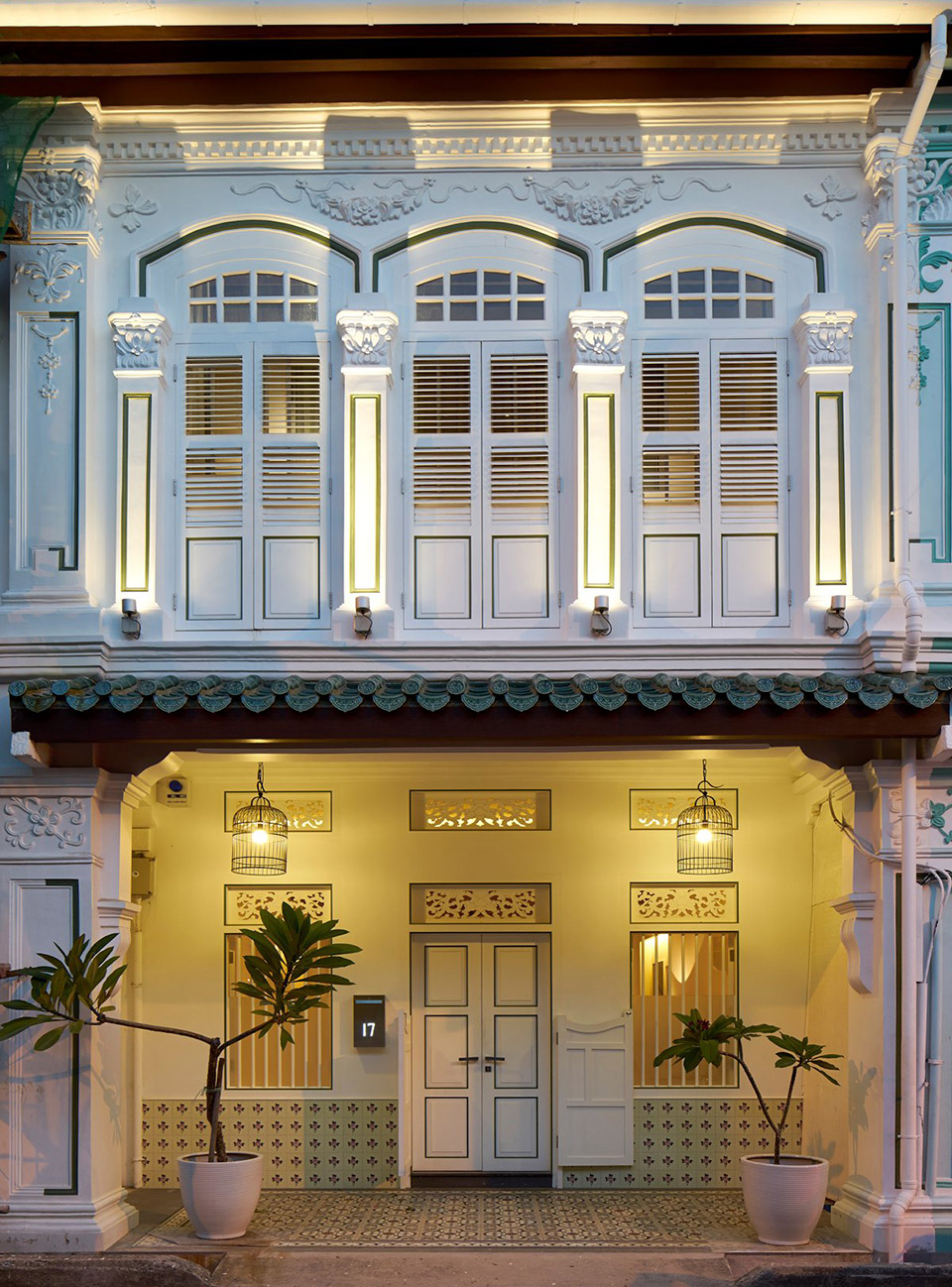 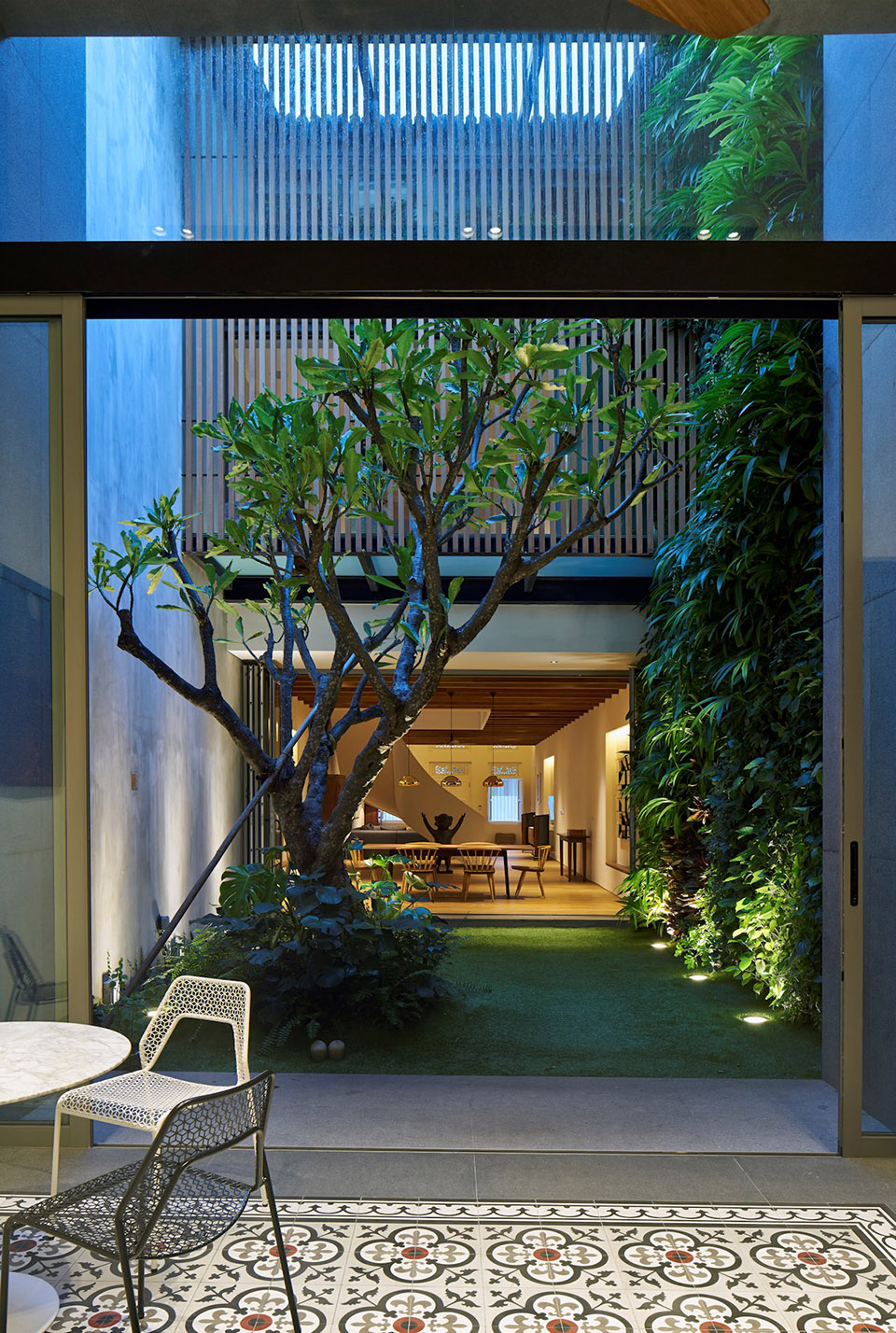 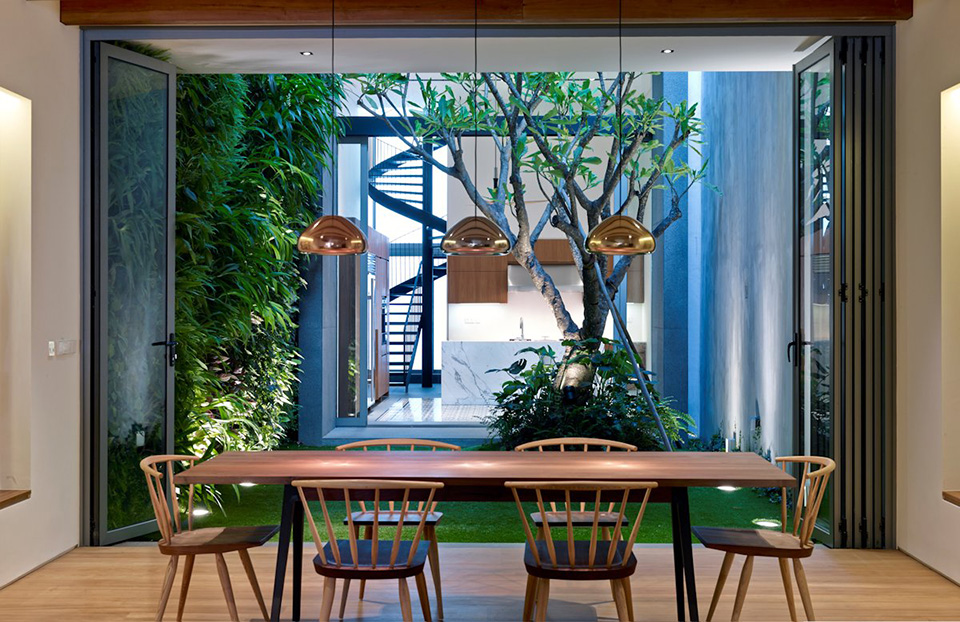 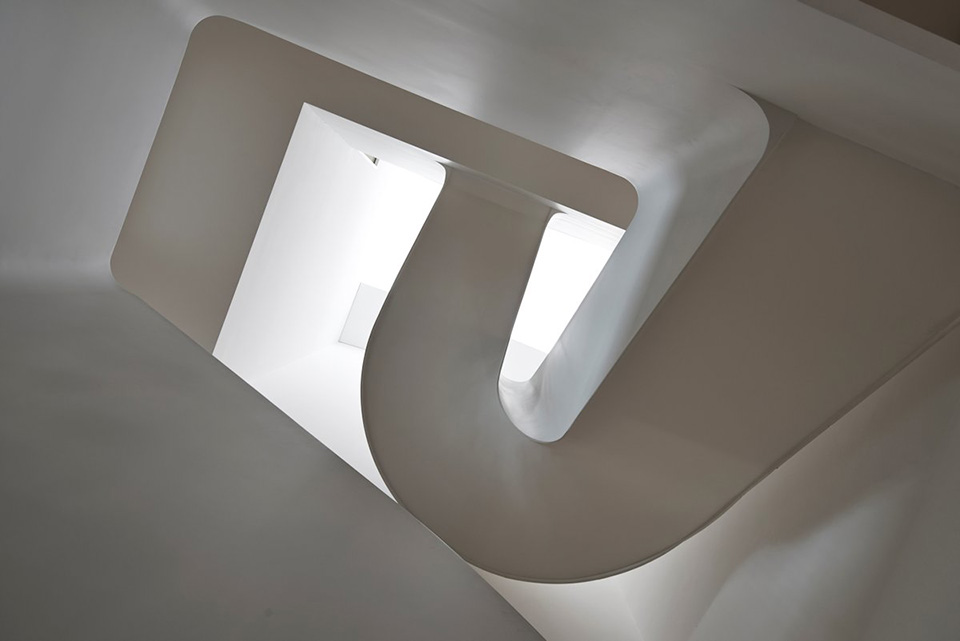 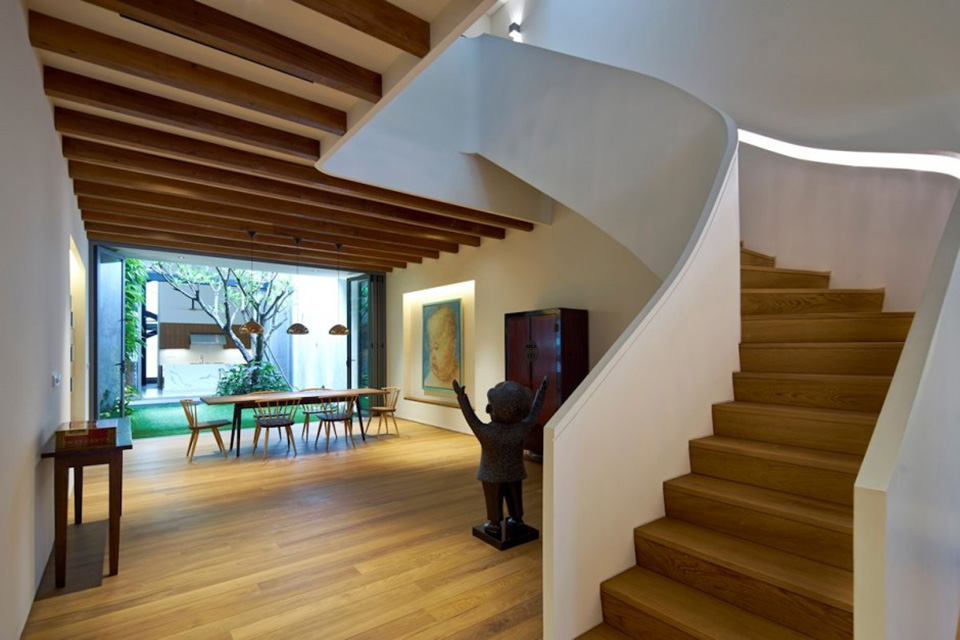 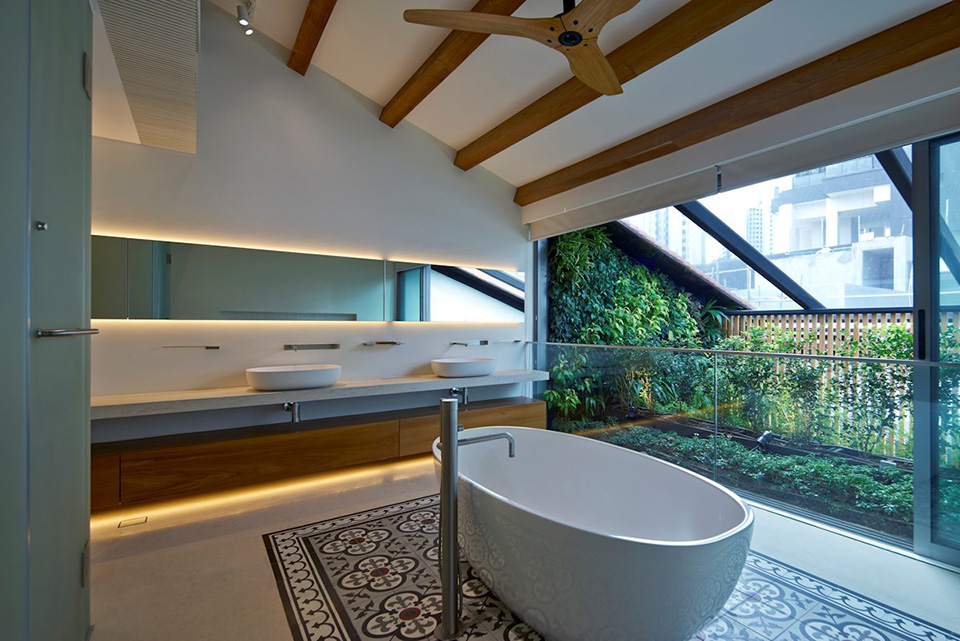 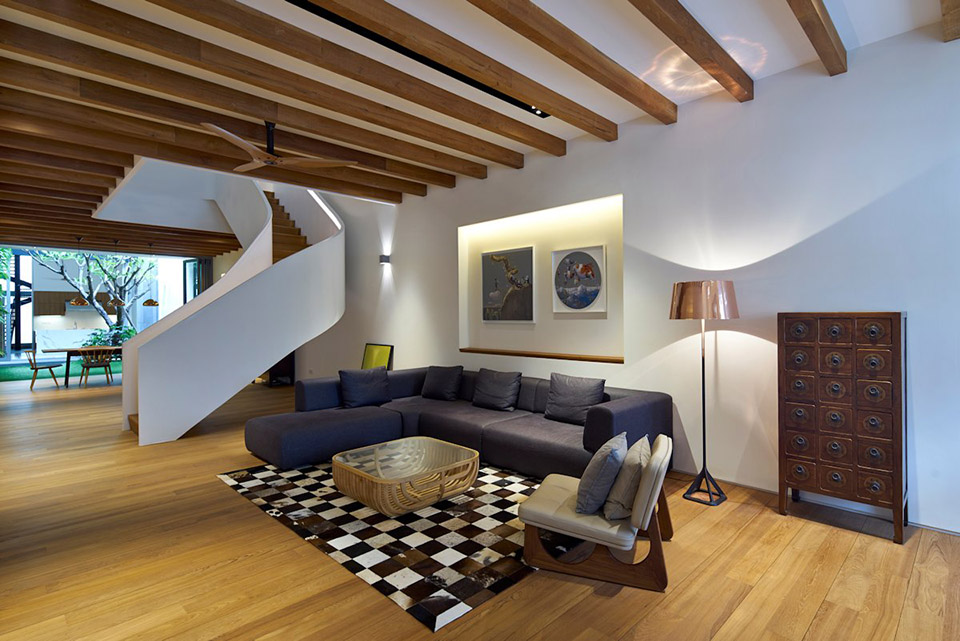 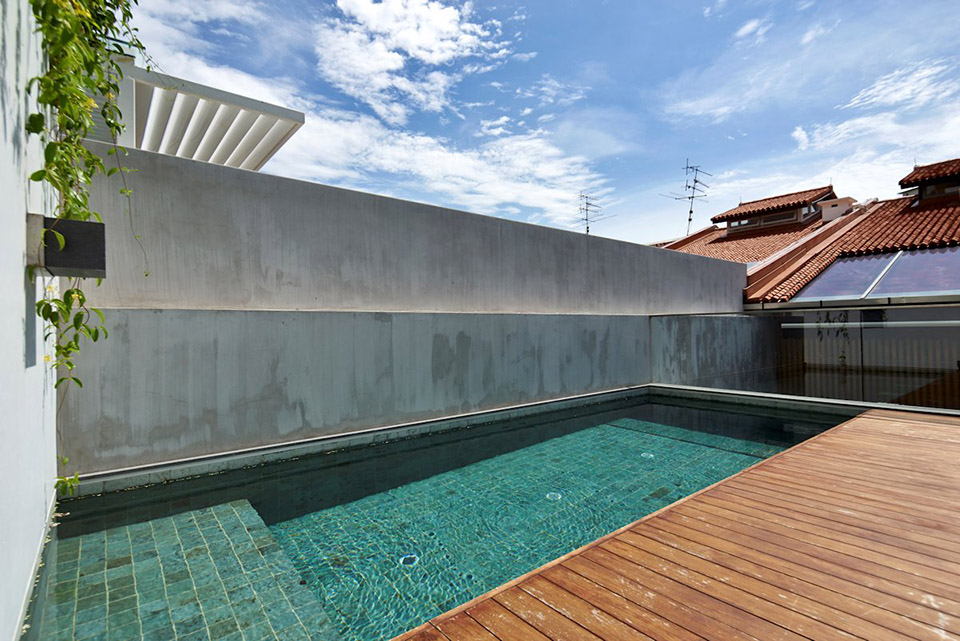 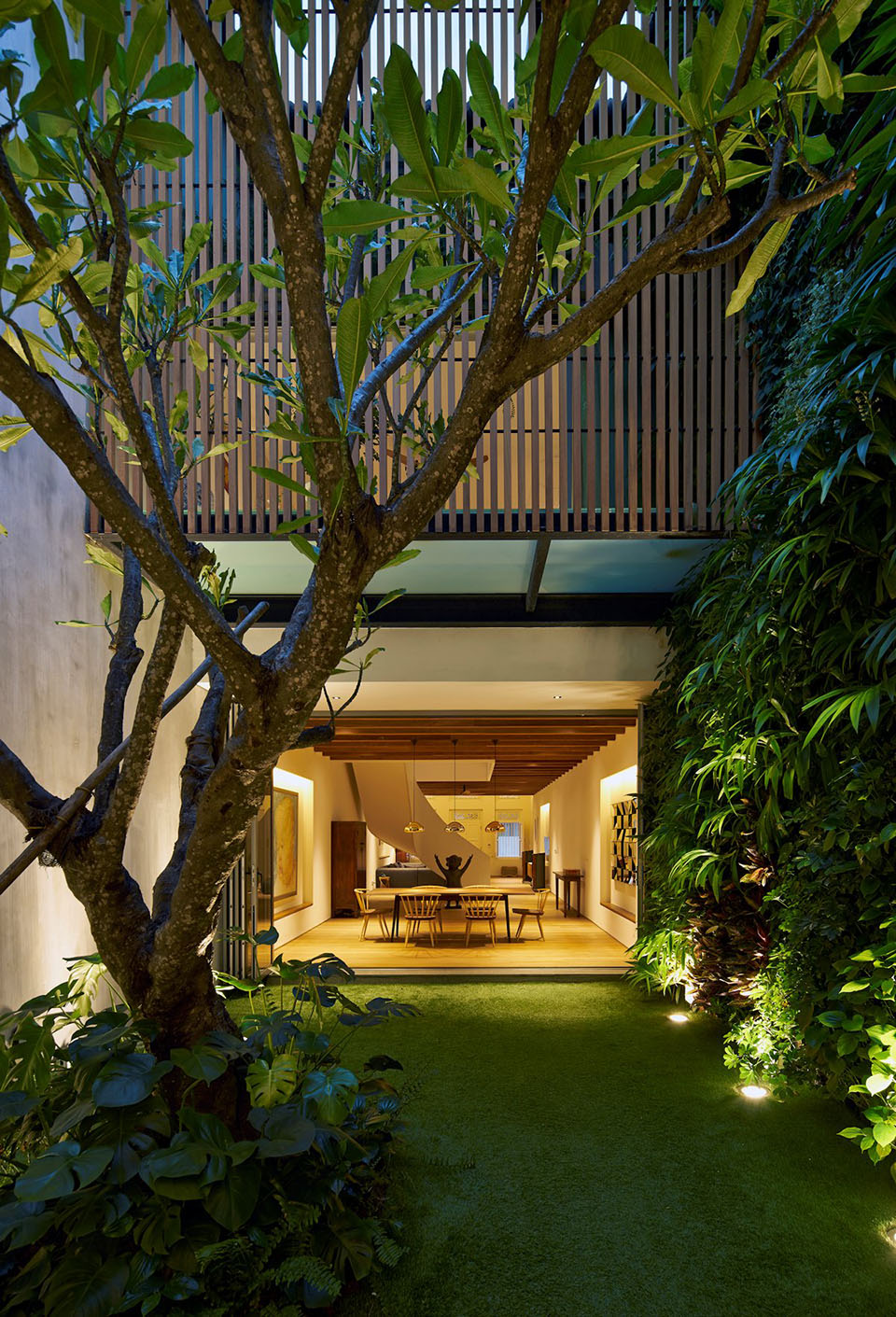 A century-old home in Singapore has been restored into a stunning modern mansion, the 17BR-House by Ong&Ong Architects. This long, three-story home features a central courtyard with a lush green wall and finely manicured grass, the spiritual heart of this contemporary home.

The 17BR-House is a remarkable work of restorative architecture. Its original structure was constructed between 1900 and 1940, and the building was later converted to office space in the second half of the last century. Ong&Ong architects and their client wanted to restore the structure to its original concept while updating it forward to the 21st century. The result is a collection of both contemporary and rustic elements that yield a warm, inviting and inspirational home.

In addition to the courtyard centerpiece, the second most noteworthy design element of the 17BR-House is its grand, modern staircase. This smooth, curvy white staircase twists and extends across three levels, with skylights above that allow light to cascade to the bottom floor. Despite the clean appearance of the white structure on white walls, each step is built with natural hard wood that provides visual warmth to the space. Rustic, natural touches like these continue throughout the home, including the exposed timber ceiling beams on the top and bottom levels.

The exterior facade of the 17BR-House feels right at home in modern Singapore, and it might have fit right in a century ago as well. Ong&Ong restored the facade to its original inspiration, showcasing its architectural history while hinting at the modernity inside. Each element of the home, like this facade, is calculated carefully. The homeowner has decorated the space to feel relevant to Singapore, in tune with its history and deeply relaxing, not stuffy. It reflects a successful partnership between architect and homeowner, and a reverent homage to Singapore’s blending of cultural influences. 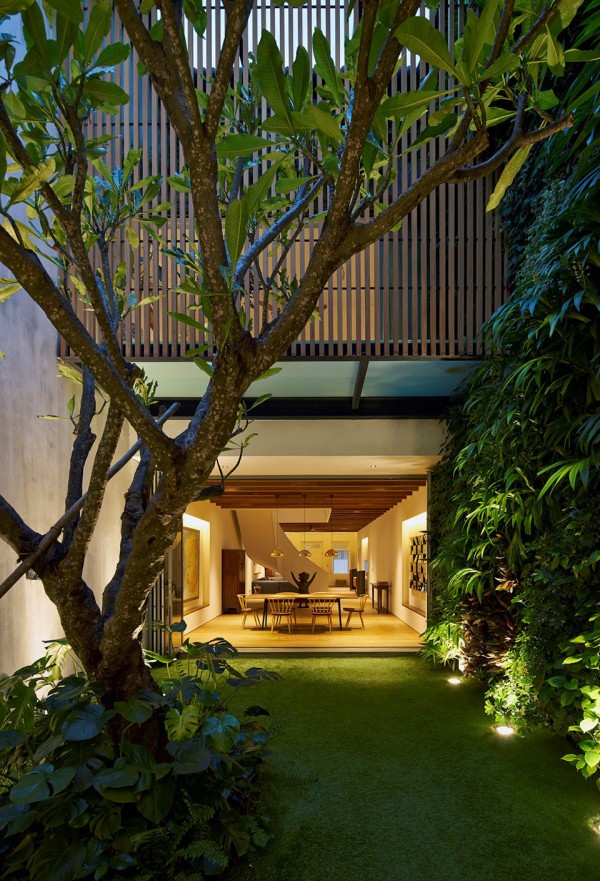 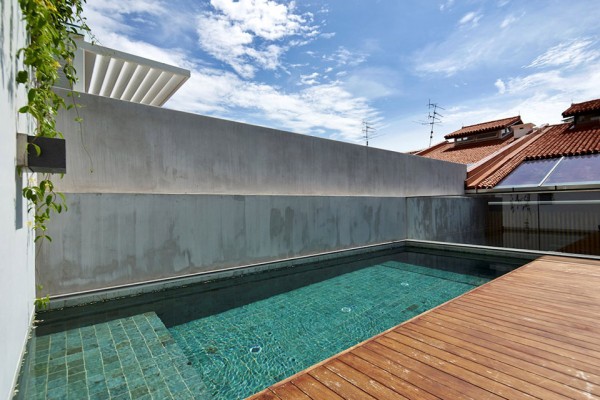 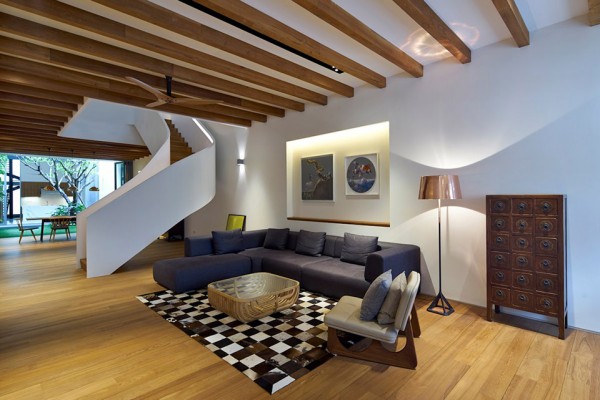 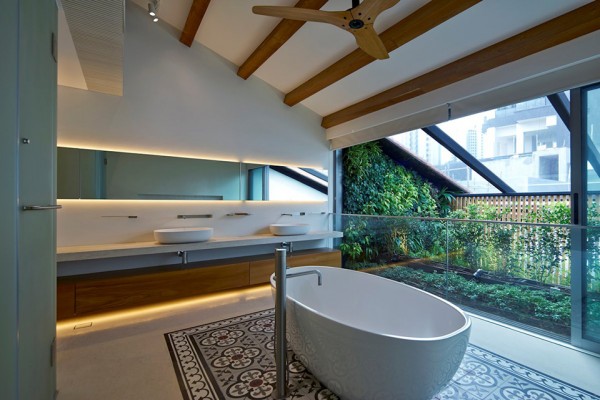 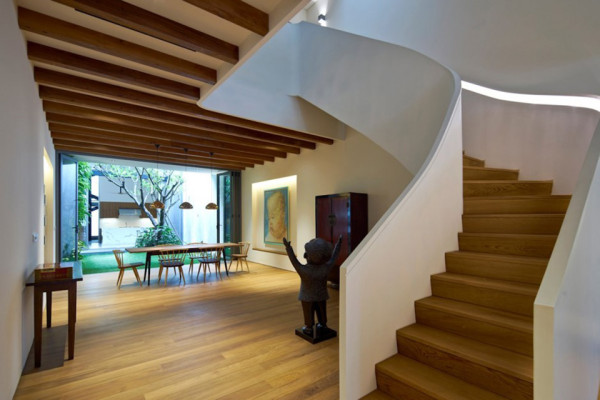 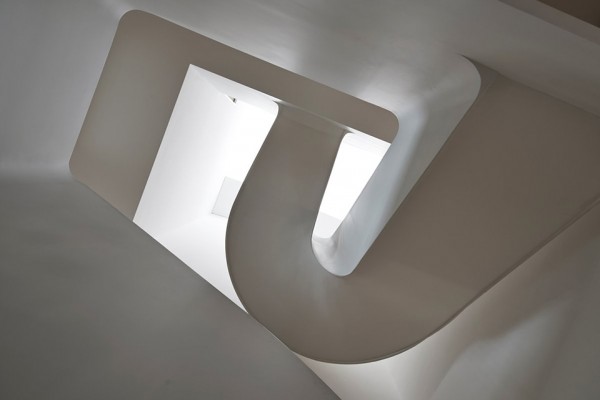 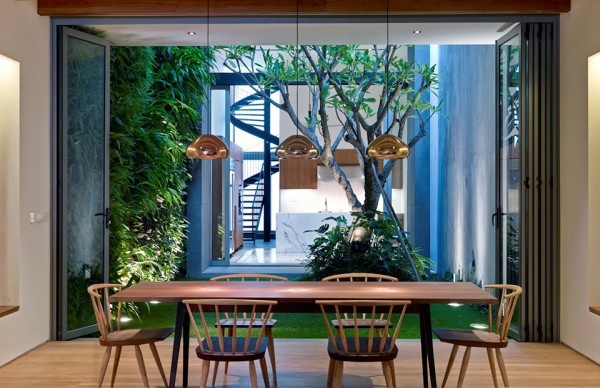 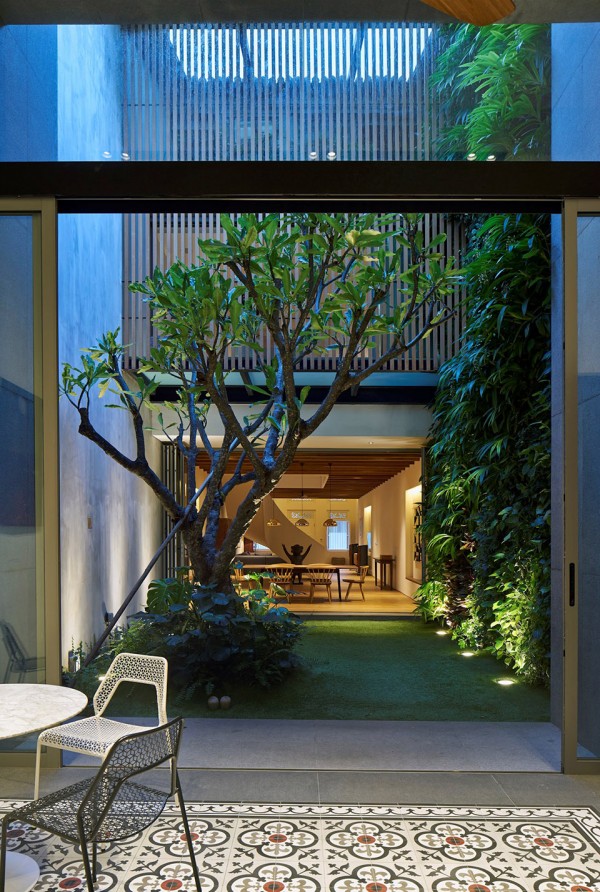 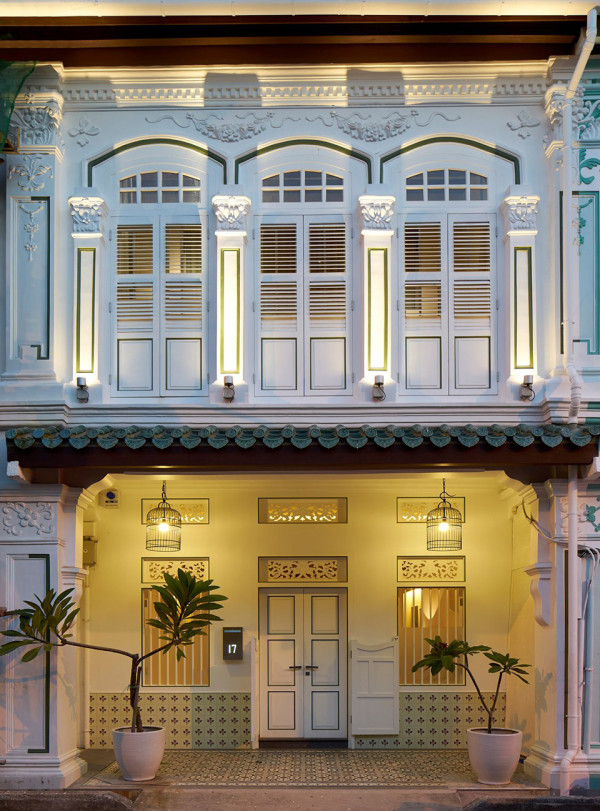