How I Rediscovered Washington, D.C. on a Spontaneous, Eye-Opening Vacation

It was the last minute. My gear was already packed, and all I needed was a destination. Just a few days before the 4th of July weekend, I chose Washington, D.C. I wanted to experience the festivities of the 4th in the nation’s capital, and to explore parts of the city I haven’t seen before. So I pulled up the Booking.com app, chose a neighborhood I haven’t visited before, and I was off to arguably the coolest new hotel in D.C. It was a trip to remember, and I’m here to share the story — and the photographs — with you.

This post is sponsored by Booking.com. Wing everything. Except for your accommodation.

Each time I travel to Washington, D.C., I find myself discovering something new. I’ve visited the landmarks, I’ve seen the museums, I’ve listened to the stories. For this trip, I wanted to go beyond downtown for an entirely new experience. I’ve been told to explore Georgetown, so that’s precisely what I did. 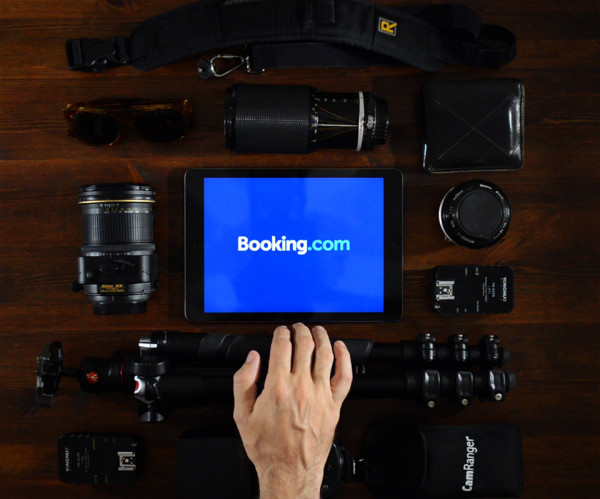 When searching for a hotel, I selected the Georgetown neighborhood on the Booking.com app. It took a split second to filter by neighborhood, and one hotel stood out from the group: the Graham Georgetown, a new, 4-star hotel in the heart of Georgetown that boasted nice suites, a rooftop deck and walkable access to everything. I didn’t think twice. I booked two nights just a few days before my flight departed.

I typically put a lot of research into where I stay, but I had two goals here. First, I wanted to trust the experts on choosing the right hotel, in this case the Booking.com app and the awesome reviews it showed. Second, I wanted to save my research efforts for how I was going to spend my time. My goal was to wing it — to get there and have a great experience without sweating the details.

Inside The Graham Georgetown

For two nights in early July, the Graham Georgetown was my home base. It’s a new luxury boutique hotel in Georgetown, located right off of bustling M Street. I was guided right to the door by the Booking.com app, which has navigation help for each listing.

There was more activity within a four-block radius of the hotel than anywhere else I’ve stayed yet. There were countless bars and restaurants, three (yes three) cupcake shops, an Apple store, high end shopping… you name it. The river was just a few blocks away, and the Metro was a brief half-mile walk. When I wasn’t out exploring or taking photographs, the hotel was a peaceful, relaxing and pretty luxurious place to lay my head. 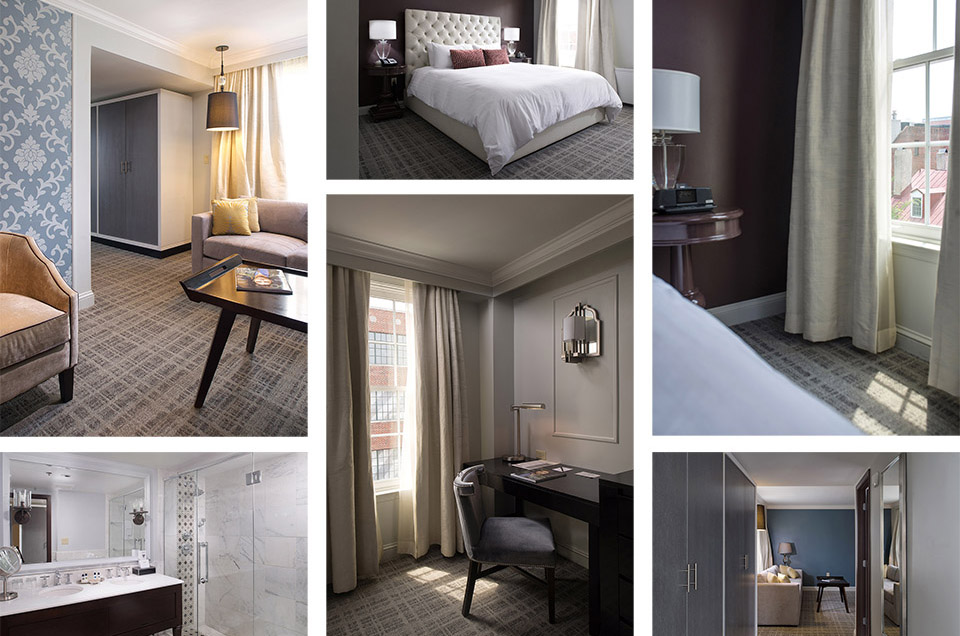 My suite could have served four, but I kept it to myself that weekend. I used one section as my office, setting up my laptop for image editing and the storage of my photo gear. The other room was for sleeping, relaxation and dining on late-night take-out. From the location to the design, it was one of the best hotel experiences I’ve had in some time. 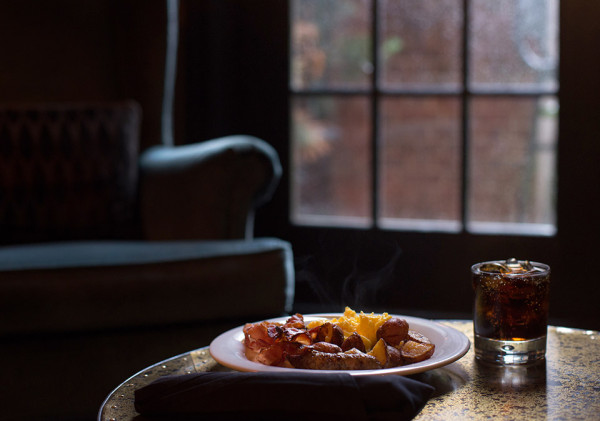 The morning after my arrival, I was set to explore Georgetown and then celebrate the 4th of July downtown. I stopped for breakfast at The Graham, then was off to see the sights.

Georgetown is a little city unto itself. It hosts Georgetown University and its large college community, but it’s also a commercial and entertainment district just beyond downtown. Its architecture has changed very little since the 1750’s, when the neighborhood was founded. Many of the original architectural relics still stand, including the oldest building in Washington, D.C. 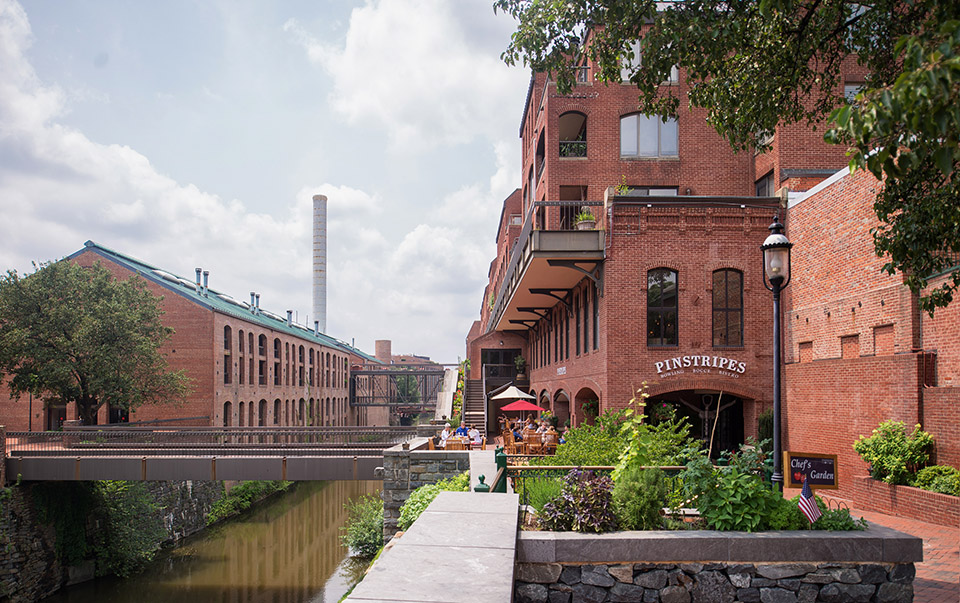 Georgetown is bisected by the Chesapeake and Ohio canal, a relic of the industrial age that serves as a public park today. Locals gather on its banks to relax, restaurants overlook its historic scenery, and students pass from one part of the neighborhood to another. 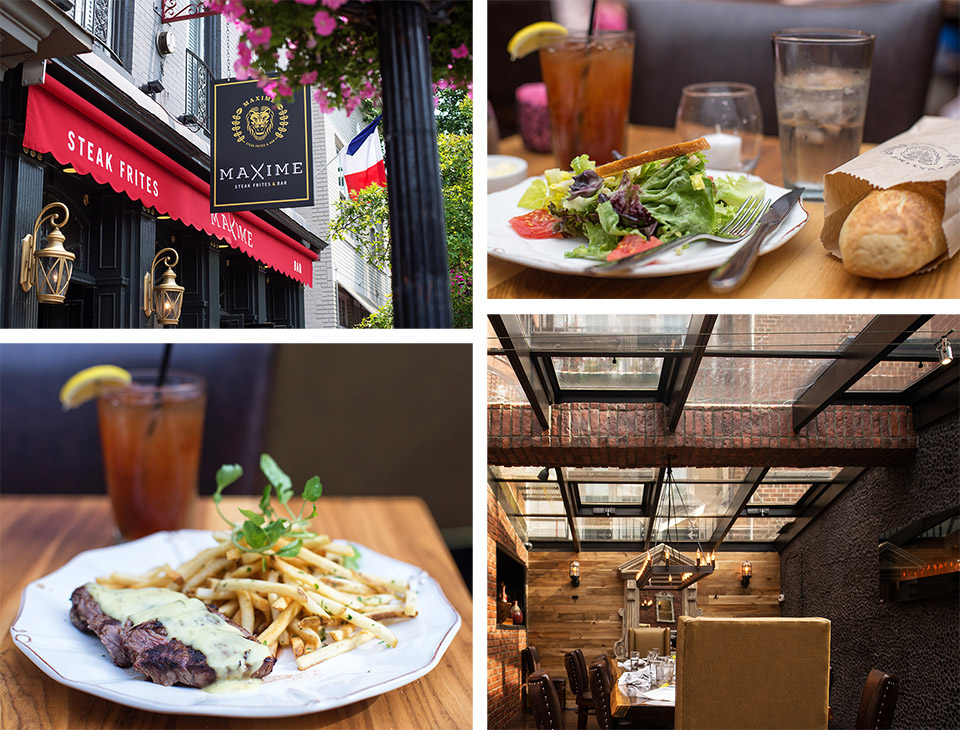 I worked up an appetite, so I stopped in at Maxime, a bar and steak house a block away from my hotel. I ordered the house specialty, a salad and steak frites option served prix fixe. The food was delicious, the ambiance was rich, the staff was friendly. I was full and ready to move on. 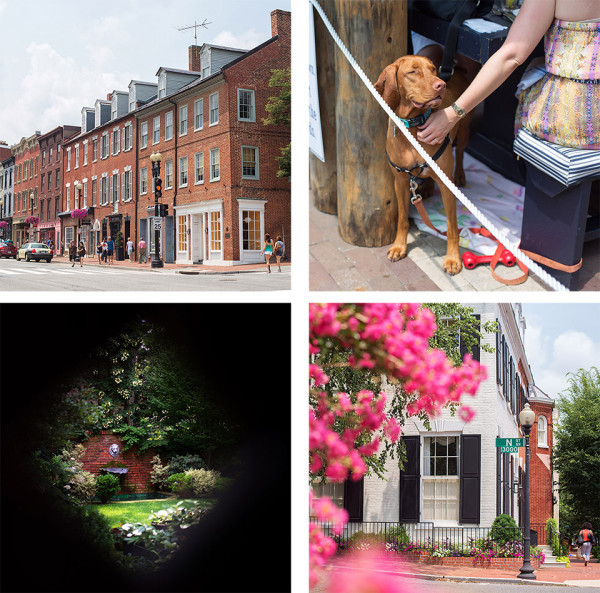 I mentioned cupcake shops. One caught my attention when I arrived at the Graham: a newer shop called Baked and Wired serves cupcakes and coffee, and there is a line out the door and down the street whenever the store is open. At one point, I counted 45 people in line outside of the store. Naturally, I had to head in when the line was short.

I ordered the classic Carrot Cake. I was not disappointed. It wasn’t heavy or firm, the cake was soft and slightly moist, with a smooth cream cheese based frosting. It was like your grandmother’s recipe, unadulterated and without pretense. That might explain the line down the street.

Well fed and properly cupcake’d, I was ready to head downtown for the 4th of July festivities. I spent the night of the 3rd and the 4th downtown and across the Potomac, taking in the sites of the holiday with my camera.

Celebrating the 4th of July

As a photographer, there were a few key takeaways I wanted from my trip to Washington, D.C. on the 4th. I wanted somber, telling photos of a few key monuments, and I wanted to capture the fireworks from the banks of the Potomac. So I did precisely that. On the evening of the 3rd, I visited the Lincoln Memorial just before midnight, captured Old Abe in his stunning silence. At night, the only lights that illuminate Lincoln are carefully placed, so I knew I’d get something special if I took my time. 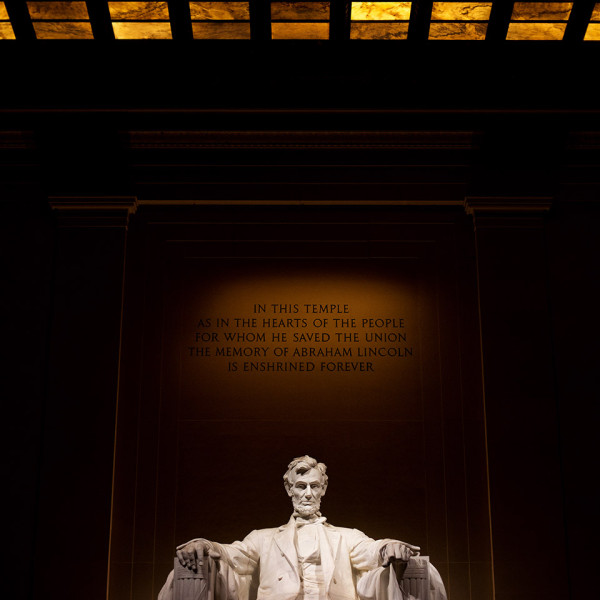 From there, it was on to the Washington Monument. Just a few steps away I could capture the sliver and its reflection in the pools of the National Mall. 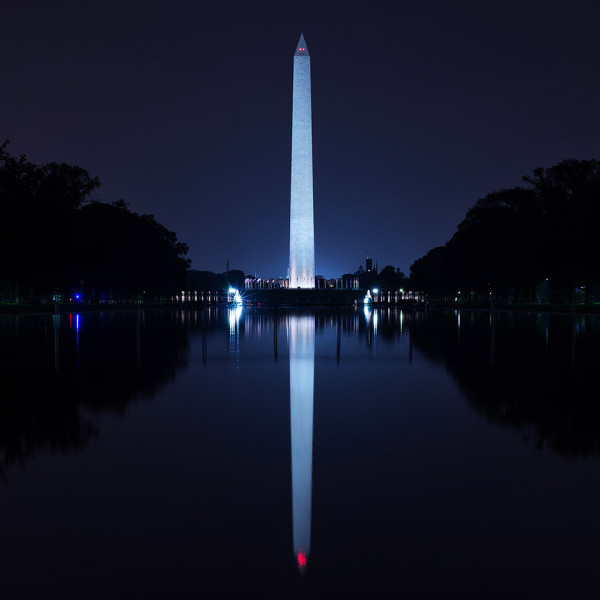 The following day, I scanned the banks of the Potomac for the perfect location that would show the above two monuments and the Capitol Building beneath the firework show. I found a small pedestrian bridge on the Mount Vernon Trail that provided a clear view of my chosen subject. What’s more, the scene would be reflected in the waters of the Potomac below, yielding what I hoped would be a compelling photograph. 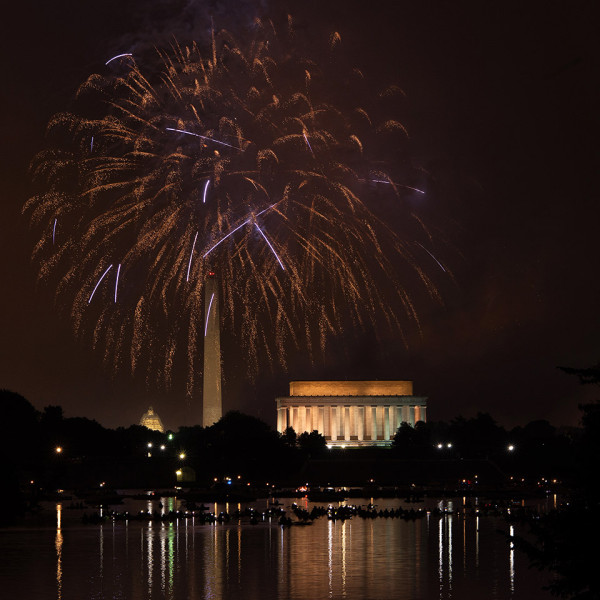 I would visit this location again in a heartbeat. This time around, rain clouds and a lack of wind brought smoke that obscured the best parts of the show. The framing was right, but I hope to capture a full, bright bloom during a future visit.

The fireworks were just an afterthought compared to the entire trip. The experience was unparalleled, the best 4th of July celebration I’ve had yet. In truth, it was the new experiences in Georgetown and the discovery of an awesome new hotel that made the trip what it was. The monuments of DC are a known factor, and I had high expectations that were already met. For me, traveling is about having new experiences, and that’s precisely what I had in Georgetown. 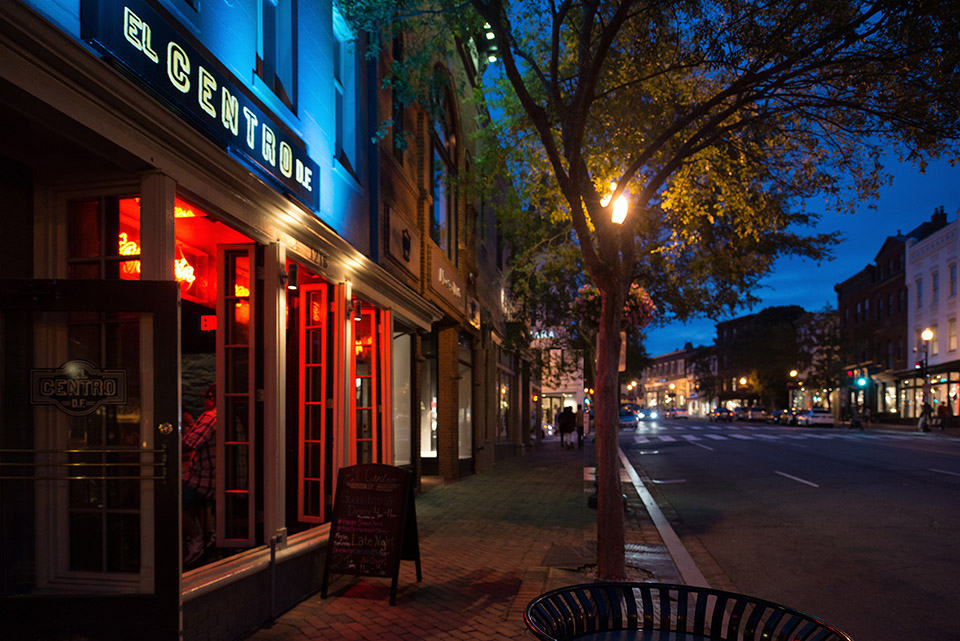 I tried something different this time. I decided on a whim that I wanted to travel, and I booked the hotel portion quickly and confidently with the Booking Now app.  I spent my time planning an awesome vacation to explore a new neighborhood and the parts of town I already loved. I left with photographs and memories, and will do it again soon. Where will I go next? I don’t know, but I plan to wing it like this once again.

This post is sponsored by Booking.com.  Wing everything. Except your accommodation. 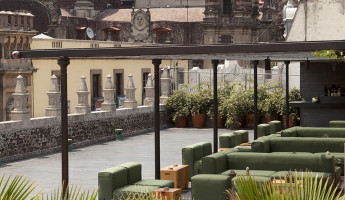 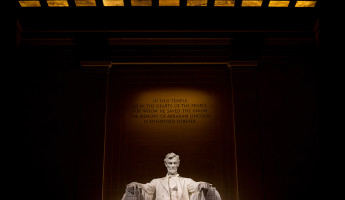 5 Things I Love About Washington D.C. (And You Shouldn’t Miss On Your Next Visit)