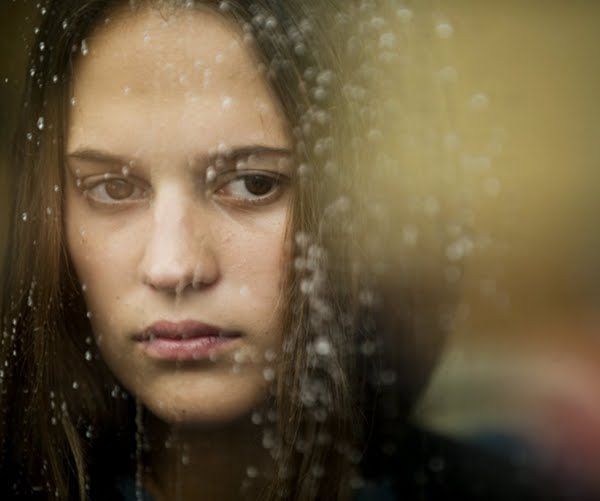 In Hollywood, a cartoon about birds and yet-another-masked-horror-movie-sequel are dominating the box office. Meanwhile, actors, directors and writers are crafting brilliant movies with an independent spirit, works of art that invoke laughter, compassion and inspiration in their audience. FilmFest DC 2011 was host to 73 films like these, a collection of the latest and greatest gems of international cinema. Here are five of our favorites, films that provide an artful contrast to the empty products of today’s box office.

In Lisa Langseth’s Pure, beauty and courage win a narrow but fruitful victory over tragedy, poverty, classism and sexual exploit. The film’s heroine, Katarina, is a young and troubled soul who discovers peace and inspiration in the works of Mozart. This new passion drives her from a crippled family and a painful past to an employ in the local symphony. Moments after a crescendo of happiness, fates strip away the rewards Katarina fought for and force her back to the life she left behind. With courage and determination, Katarina fights her way back to her place of peace and rights many wrongs in the process. Swedish actress Alicia Vikander portrays Katarina, a role which has landed the actress a leading part in a forthcoming Hollywood film alongside Jeff Bridges and Julianne Moore.

Like the film Restrepo before it, Armadillo paints a striking and solemn picture of the war in Afghanistan. The emotion, the danger, the lifestyle and personal sacrifice of war are all shown in brutal detail in this Danish film. Director Janus Metz and camera man Lars Skree head into combat with a unit of Danish troops to tell their story and the story of war at large. From humor to horror, the full depth of human emotion are experienced in this film.

(trailer NSFW, no subtitles) Nothing is taboo in Anne Sewitsky’s Happy, Happy, a film that explores a lack sexual fulfillment and the extramarital conquests of its characters. The film is led by the saccharine-sweet Kaja, a woman whose love for her family keeps her from admitting that her husband may prefer the company of men. When another troubled couple rents the home next door, the two pairs seek to find fulfillment in the other in varying levels of secrecy. The result is laugh-out-loud funny at times, touching in others and honest in its entirety.

I Am Slave – Directed by Gabriel Range

The saddest part of the tragic story of I Am Slave is the fact that it is based on actual events. The film tells the story of a young Sudanese woman who lives as a 21st century slave in London. Having been kidnapped during a raid in her native country, she was shipped to a wealthy family who employ her as a slave with the threat of her family’s murder in the balance. If she speaks, they die, so say her captors. Yet her father will not relent until he finds her, and thus begins a journey for both characters that weaves a story of a very real phenomenon in a modern world that would rather look the other way.

The Hedgehog – Directed by Mona Achache

The Hedgehog, the story of an unlikely trio of unusual souls in Paris, has picked up another audience award at FilmFest DC 2011. A precocious young girl works to unite a Japanese gentleman and a lonely concierge in a witty, uplifting and sweet drama. Fans of french film may find comparisons to Jean-Pierre Jeunet’s Amelie, albeit in a more serious but equally rewarding tone. In a modern setting, this old-fashioned fairytale is brilliantly woven by Mona Achache, a faithful interpretation of the book of the same name.

Thanks for reading, and be sure to keep an eye on your local film festival circuit for when these films come to you. Many are available for purchase now, and more information can be found on the FilmFest DC website.