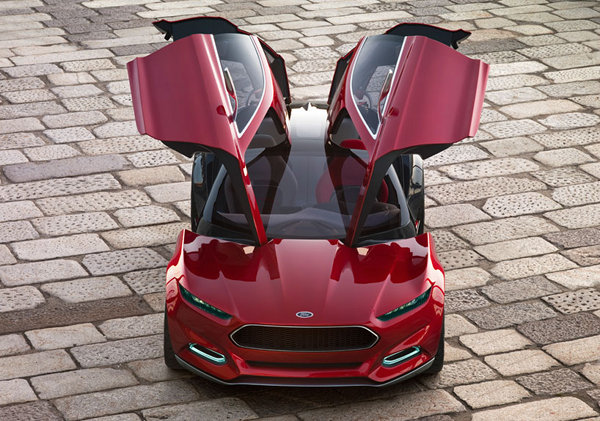 Ford has apparently rolled-up its sleeves in the design department, as it plans to show off this sweet new stunner at the Frankfurt Motor Show 2011.  The Ford EVOS Concept Car is an unusually aggressive design for a brand that has largely stuck to its own bubbly identity for the last few decades.  But the new EVOS concept isn’t just about a step forward in design, it embraces what could be the next generation of the Ford SYNC onboard information/media system and plug-in hybrid technology.  The Ford EVOS features a cloud-focused information system that customizes itself to the owner’s driving habits, gathers intel on local weather and traffic and pulls information from social profiles and home media environments.  The drivetrain is based on a state-of-the-art lithium ion plug-in hybrid technology, allowing the driver to switch between the electric motor and a petrol engine whether the need be for economy or performance.

The design of the Ford EVOS concept is what stands out to us the most.  Its aggressive fascia and sharp curves are a nice step forward for this big box car brand– and how can you not love gull-wing doors?  This is the first Ford we’ve lusted after in quite a while… The technology, design and powertrain may not be on their way in the near future, but the concept itself will be shown at the Frankfurt Motor Show this year.  At the very least, this gives a clear picture of where Ford Motor Company is aiming for its future. 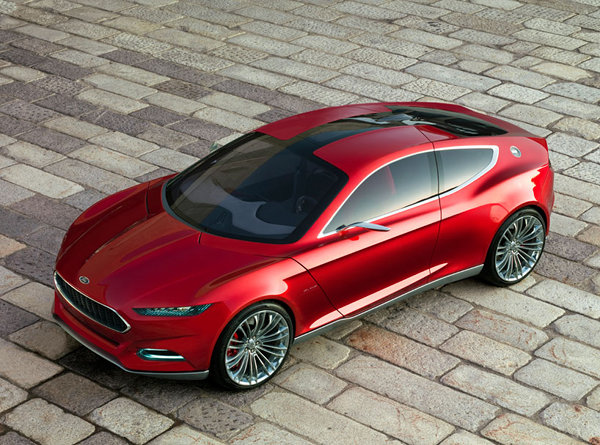 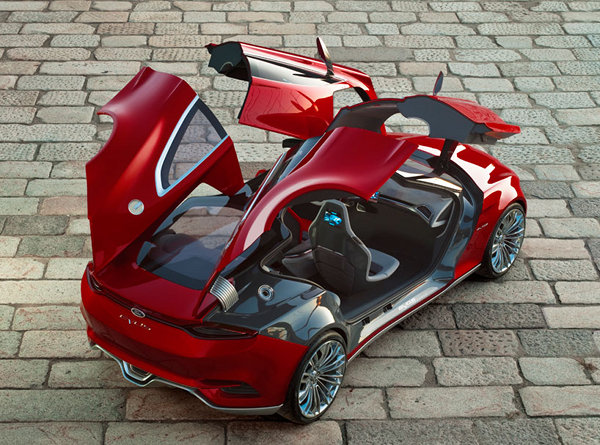 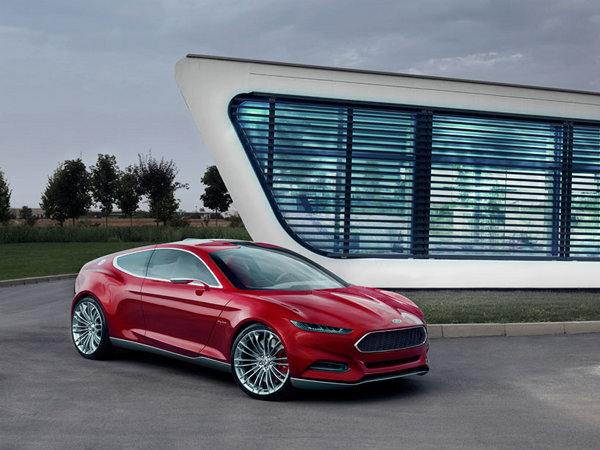 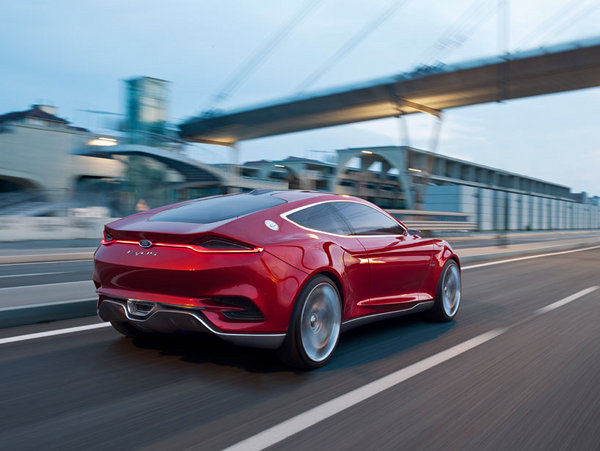 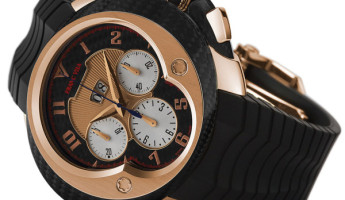