Thirsty for some science? Geneticists at Johns Hopkins University  have managed to genetically engineer an entire organism from scratch. More specifically, they’ve successfully created artificial yeast, designing and writing a code consisting of around 11 million letters of DNA, all synthesized and substituted for a yeast’s natural DNA. But why yeast? What was it that made them choose this organism over others?

Apparently, it’s because yeast’s got a natural tendency to uptake and appropriate segments of DNA, something which makes it an ideal candidate for synthesizing life. It’s a slow process, to be sure, but they’re making steady progress. Already, they’ve completed three of the sixteen chromosomes in yeast; according to lead geneticist Jef Boeke, “now it’s just a matter of money and time.”

Money and time well spent, for anyone with an interest in brewing. In terms of beer creation and production, synthetic yeast could change everything.  According to former brewer and Sierra Nevada research scientist Christ Baugh, the ability to synthesize yeast could be “absolutely groundbreaking.”

“I’m personally more excited about these [synthetic] yeasts than any other scientific advancement I see coming into the brewing industry.”

But…exactly why is this such an exciting development for brewers?

“It depends on what style of beer you’re brewing,” continued Baugh, “but I would say the yeast is responsible for at least half that flavor, though less so in beers like IPAs where the yeast’s flavor can be overpowered by hops. Right now, the issue brewers face is that a lot of yeasts will produce these amazing flavors, but they may not ferment right. But if you could tailor-make your yeasts, with the understanding of what genes code for the different flavor molecules, well, that opens the doors to the mass production of beer with totally untasted characteristics.”

New, delicious, and completely untasted beer? Sign me up!

Of course,  the brewing industry is only the tip of the iceberg for this project. The implications outside of beer production are staggering, to say the least; I’m not even sure where to start. Aside from beer, synthetic yeasts could completely change the manufacturing core with readily available biofuel, while medical fields could start synthesizing their own yeast from which they could produce medicine like Insulin. In short, the sky is quite literally the limit with this project.

“This is a tour-de-force in synthetic biology,” says Boston University biomedical engineer James Collins, “and it highlights our ever-expanding ability to modify and engineer DNA.“

The Top 15 Coffee Beers to Awaken Your Senses

15 Best Cheap Beers That Are Praiseworthy

Drink The Best – 23 American IPAs Worthy of Your Table 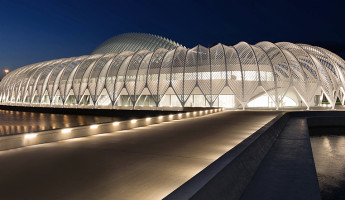