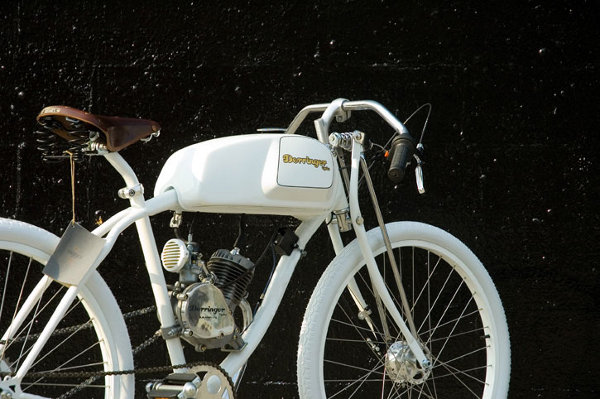 We first came across Derringer Cycles this past summer, having discovered them in a search for our next vintage collectible.  We emailed Derringer back on September 23rd, asking for photos to share with TheCoolist’s community– because we felt these bikes were plenty special.  Sadly, we never heard back from Derringer, but apparently the crew over at Yatzer has tracked them down.

We love, love us some vintage mopeds.  We’re not talking about scooters, none of that ’86 Honda Spree nonsense, but the slim-style, pedal-start mopeds of the 70s.  If you read our coverage of the 1978 Mean Spirit Custom Moped, you know precisely what we’re talking about.  Derringer Cycles, on the other hand, takes vintage mopeds back a few more decades, to those inspired by the motorcycles of the early part of the 20th century.

While the Derringer Cycles feature a top-loader gas tank unlike most mopeds of the 70s, the frames of these machines are much more reminiscent of cruiser bikes.  Essentially, that’s what a Derringer Cycle is– a cruiser bike with a gas-powered assist.  But that assist isn’t going to just push you at a strolling speed, these bikes will accelerate to 35 or 40mph based on the model.  The power in the Derringer Cycle is a 4-stroke 49cc engine, making it legal as a moped in most states, which means you can take this baby on the road right through traffic.  If you’re in the city, that is one hell of a nice prospect for urban transport.

It is the design of the Derringer Cycles that we’re so hooked on.  These dandy, vintage-style motorcycles would look dashing on the street.  There’s no scooter stigma here, either– you’ll be turning heads in this one regardless of the engine’s pitch.  The best part?  180MPG– enough for you to retire that city car for good.  [$3500 at Deringer Cycles via yatzer] 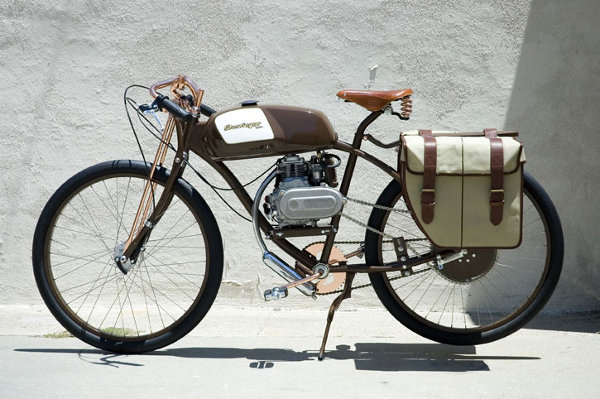 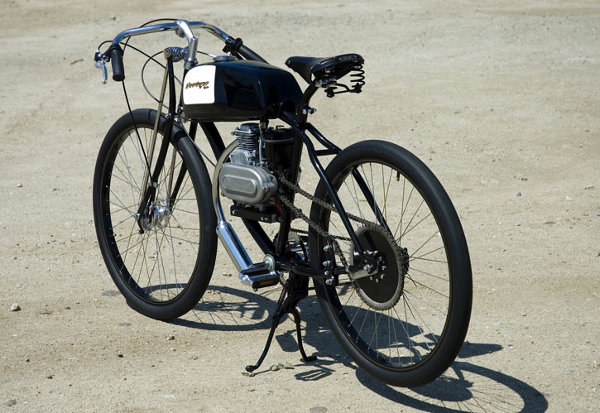 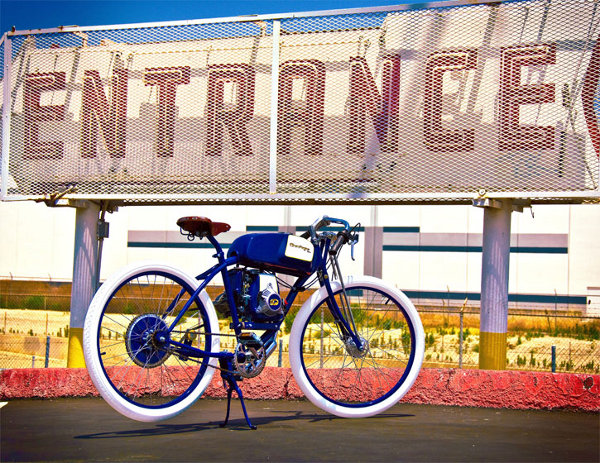 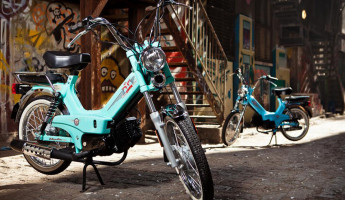 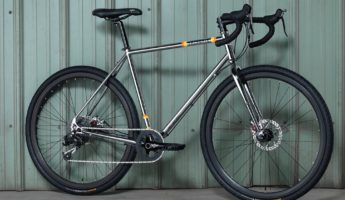