10 INTJ Fears: What are INTJs Most Afraid Of? 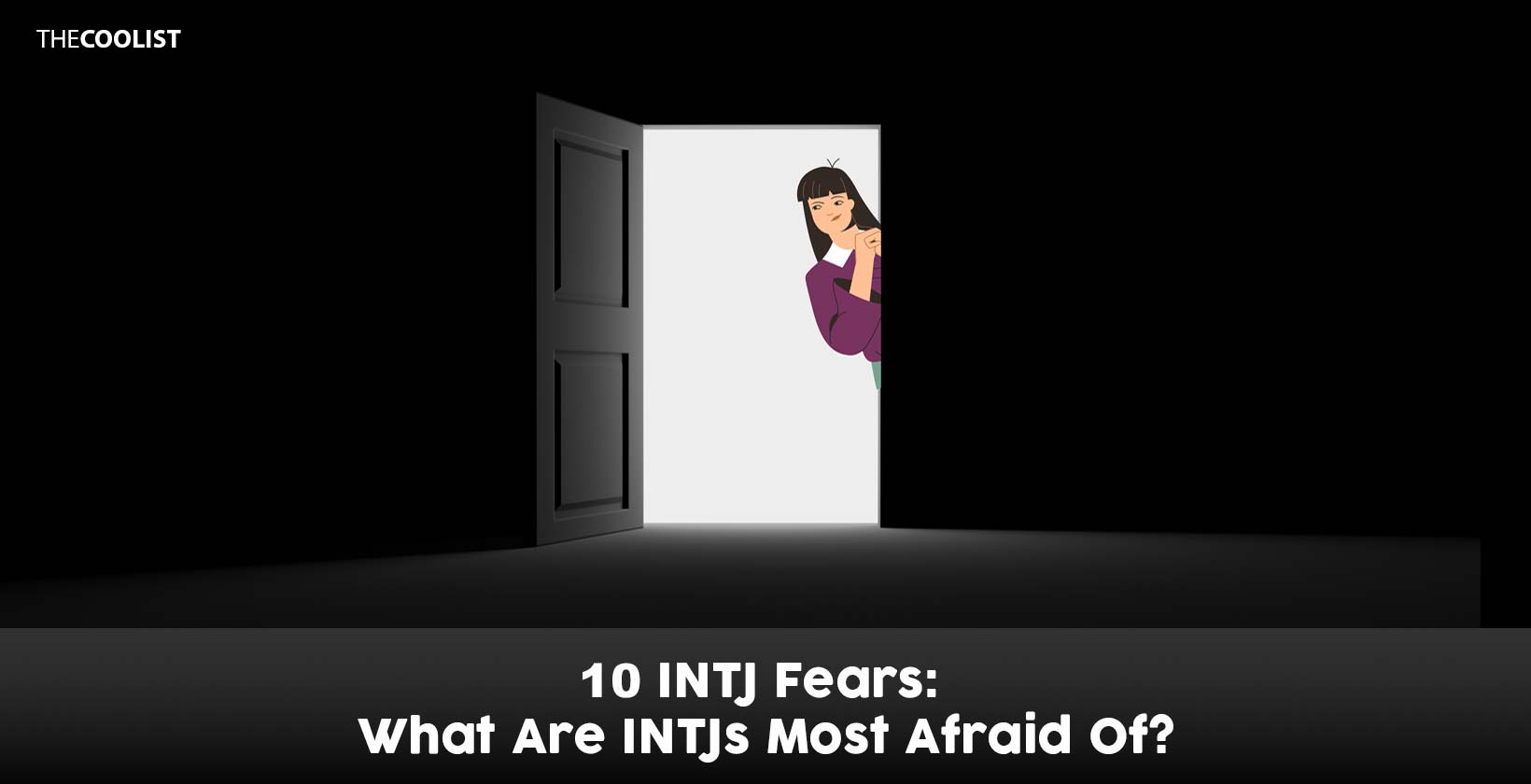 The things INTJs are afraid reflect the dominant psychological traits of the Mastermind personality type. According to Myers-Briggs Type Indicator (MBTI), every Mastermind is unique but shares the same four core traits of Introverted, iNtuitive, Thinking, and Judging (INTJ). INTJs are analytical, rational people who value independence and innovation, and are afraid of things that may infringe on their most cherished beliefs. The ten things INTJs are most afraid of are as follows.

Below, we go into detail about the ten things INTJs are most afraid of.

INTJs hate and fear the idea of betrayal. A strong sense of independence compels INTJs to spend most of their time alone, but they’re deeply loyal to their few close friends and family. INTJs are also slow to trust others due to their NT-driven personality. As a result, INTJs view betrayal as illogical and struggle to comprehend it, much less forgive someone who has broken their trust. INTJs also dislike emotionally intense situations like betrayal since they often struggle to process difficult feelings.

INTJs are afraid of death. Whereas most people fear death because of pain and suffering, INTJs particularly dislike the finality that death entails. The Mastermind personality type has an insatiable thirst for knowledge and enjoy discovering new concepts and immersing themselves in the study of the world. Death would bring an end to the Mastermind’s life purpose. Masterminds are naturally curious, and the lack of a definitive answer to what happens after death is a thought that irks and frightens many INTJs.

INTJs fear the concept of insanity for three reasons. First, INTJs pride themselves as champions of rational, innovative thought, so losing their ability to think clearly terrifies them. Second, the fiercely independent INTJs detest the idea of having to depend on someone to get through a mental health condition. Thirdly, INTJs fear losing their intellect, which they value deeply.

INTJs fear social interactions due to their innate introversion, which often causes them to be socially awkward. Furthermore, INTJs generally dislike extensive socializing. Masterminds prefer spending most of their time alone or in the company of a few close loved ones. INTJs hate being the center of attention and struggle with social niceties such as small talk. For INTJs with social anxiety, day-to-day social interactions become a major source of fear.

INTJs strongly dislike and sometimes even fear amateurism for two reasons. First, INTJs’ intellect and self-confidence often borders on arrogance, which is why Masterminds often view less knowledgeable people as inferior or amateur. INTJs rarely tolerate amateurism from their subordinates, but also fear having to work under an authority figure who is amateurish or, worse, incompetent. Second, INTJs’ dislike of amateurism stems from a fear of mediocrity. As NT personalities, INTJs value originality. Being mediocre would stamp out the INTJ’s desire for innovation.

The thought of developing Alzheimer’s horrifies INTJs for two reasons. First, INTJs fear Alzheimer’s because it attacks a Mastermind’s most precious asset — their brain and the knowledge they spent their whole lives collecting. Alzheimer’s disease is a neurological disorder that atrophies the brain, leading to memory loss and other mental functions. Second, individuals with Alzheimer’s often cannot live independently, and the idea of losing independence unnerves self-reliant INTJs.

INTJs dislike stupidity in two different ways. First, INTJs often perceive their intellects as superior to those of others and may act in a condescending manner towards people they deem intellectually inferior. People who act or do outwardly stupid things irritate the rational-minded INTJ. Second, INTJs fear feeling stupid. INTJs pride themselves on their knowledge and rational thinking skills and hold themselves to a high standard. INTJs are terrified by the thought of making stupid decisions.

INTJs fear old age because it implies a loss of independence and mental functions, much like Alzheimer’s. INTJs also dislike the challenges that come with growing old. INTJs wish to continue learning, piecing together life’s puzzles, and uncovering new concepts. Old age means the life-long adventure is drawing to a close, which INTJs find unsettling. INTJs also like to focus on the future because of their Judging trait. Old age would mean there’s less for INTJs to look forward to and plan for.

9. Being ruled by someone else

INTJs are afraid of being ruled by someone else. Independence is important to INTJs, and submitting to someone else’s authority defies their sensibilities. INTJs particularly detest blind obedience. INTJs are not as rebellious as some personality types, but they are quick to question rules and leaders’ capabilities. INTJs are highly logical; therefore, there needs to be a logical reason for INTJs to trust or follow someone else’s rule. Analytical INTJs will continue to dislike the status quo and question rules, even if they submit to authority.

INTJs are deeply afraid of failing to meet their potential. Masterminds tend to be perfectionists who strongly dislike mistakes that could weaken their professional prospects. INTJs are also afraid of situations that will keep them from their goals. INTJs hold themselves to exceptionally high standards, so they perceive setbacks as personal failures or signs of incompetence. INTJs also tend to be highly ambitious. Failure to meet these ambitions is another affront to the calculating, perfectionist nature of the INTJ.

What is an INTJ personality?

An INTJ personality refers to the Mastermind personality type, one of sixteen Myers-Briggs Type Indicator (“MBTI”) archetypes. INTJ is an acronym representing the Mastermind’s four dominant traits: Introversion (I), iNtuition (N), Thinking (T), and Judging (J). The MBTI categorizes these traits according to four dichotomies of psychological preferences and attitudes. The INTJ’s unique combination of traits defines a personality that is analytical, aloof, discerning, and rational. The Mastermind’s psychological traits and characteristics similarly allow us to link shared fears and dislikes among INTJ individuals.

How to know if you’re an INTJ?

Do INTJs dislike other INTJs?