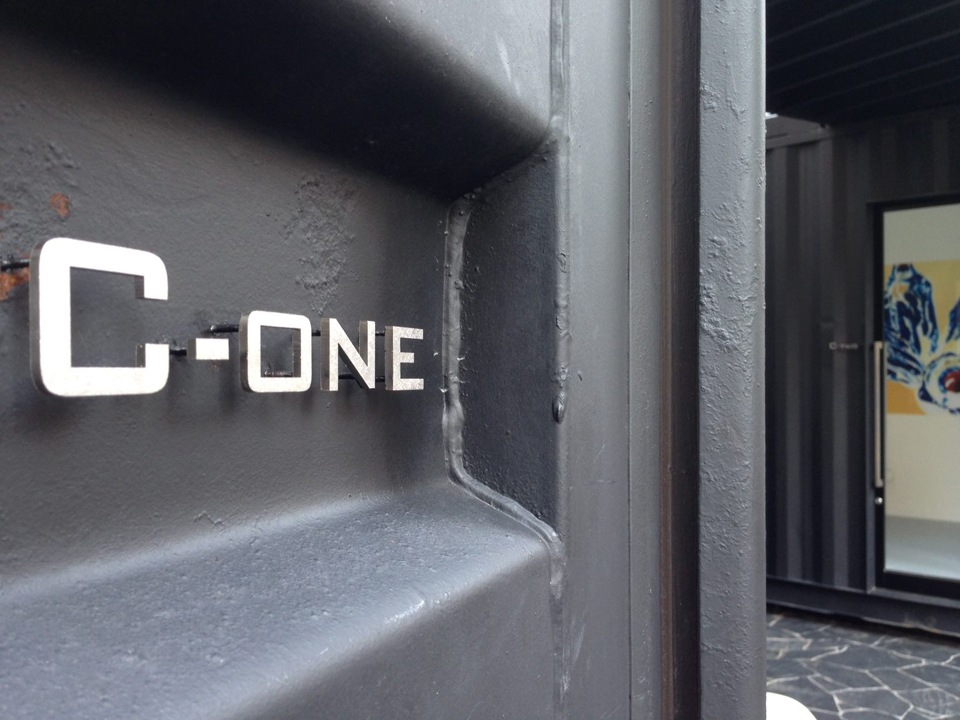 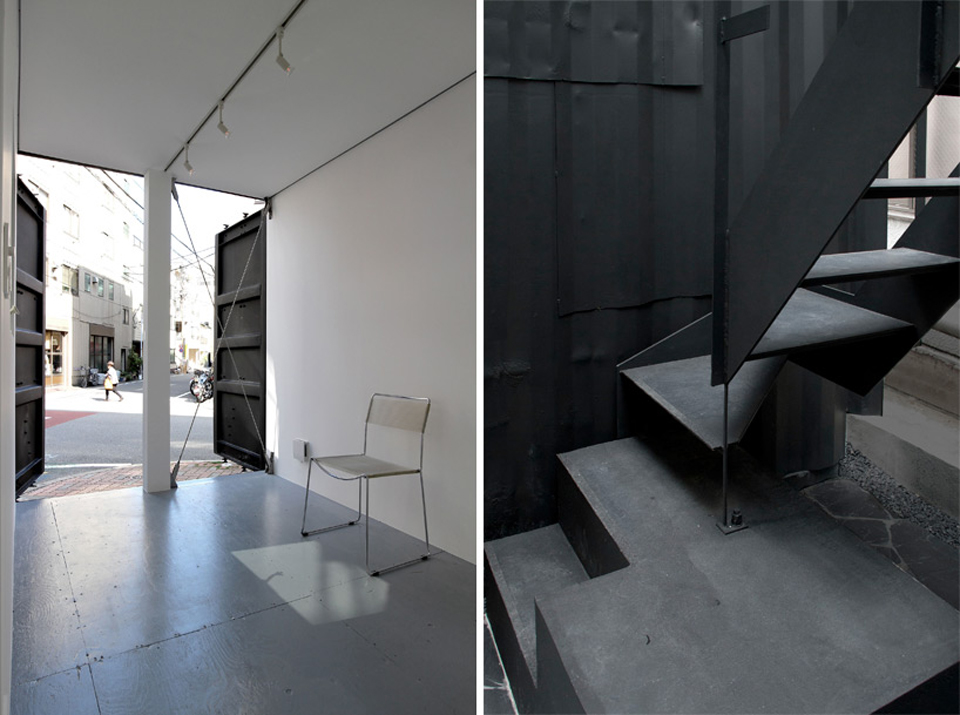 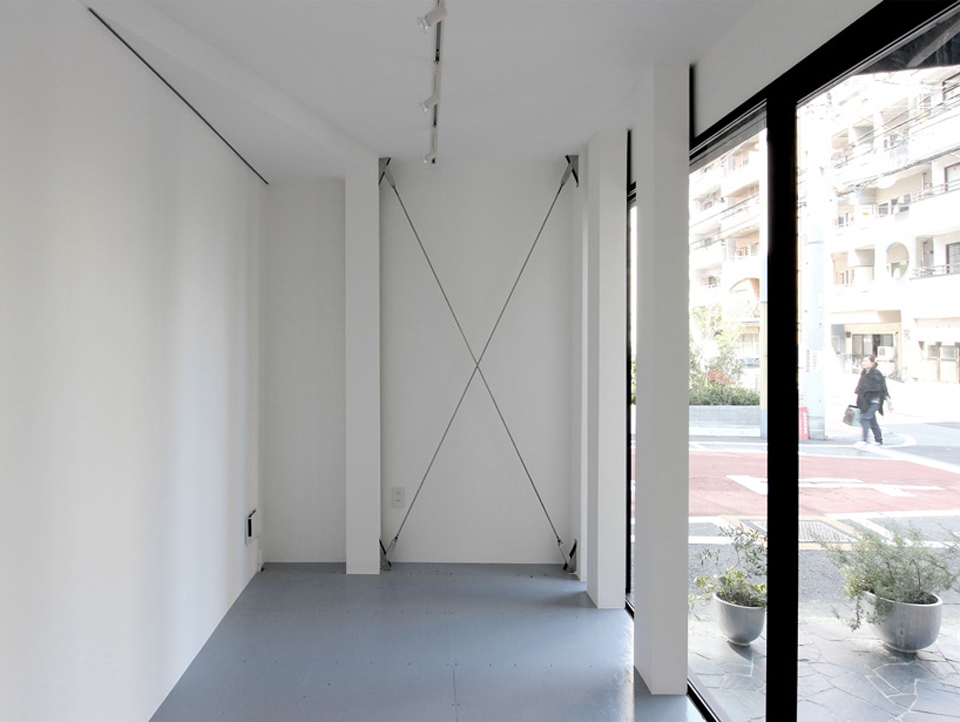 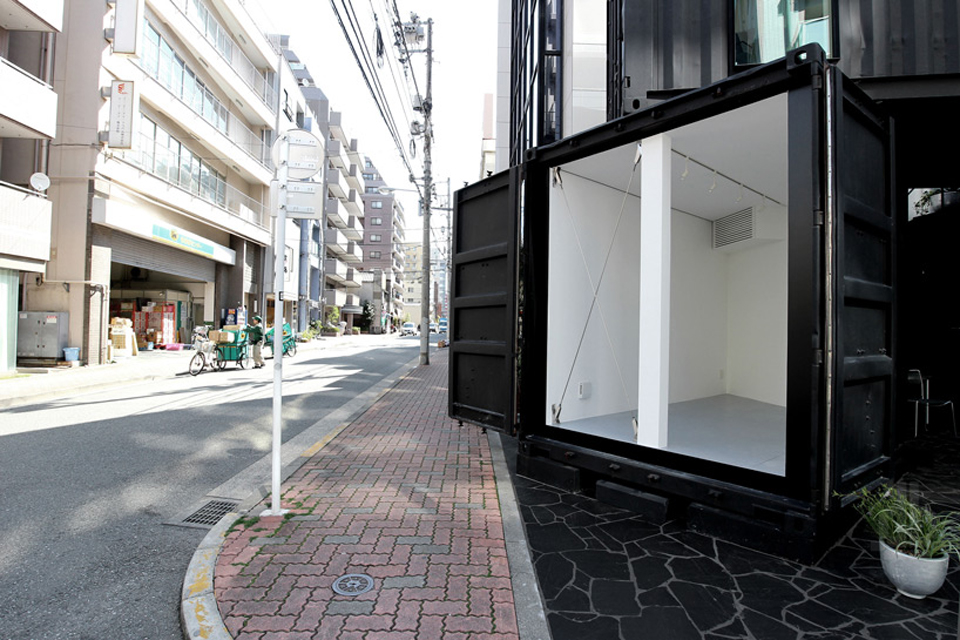 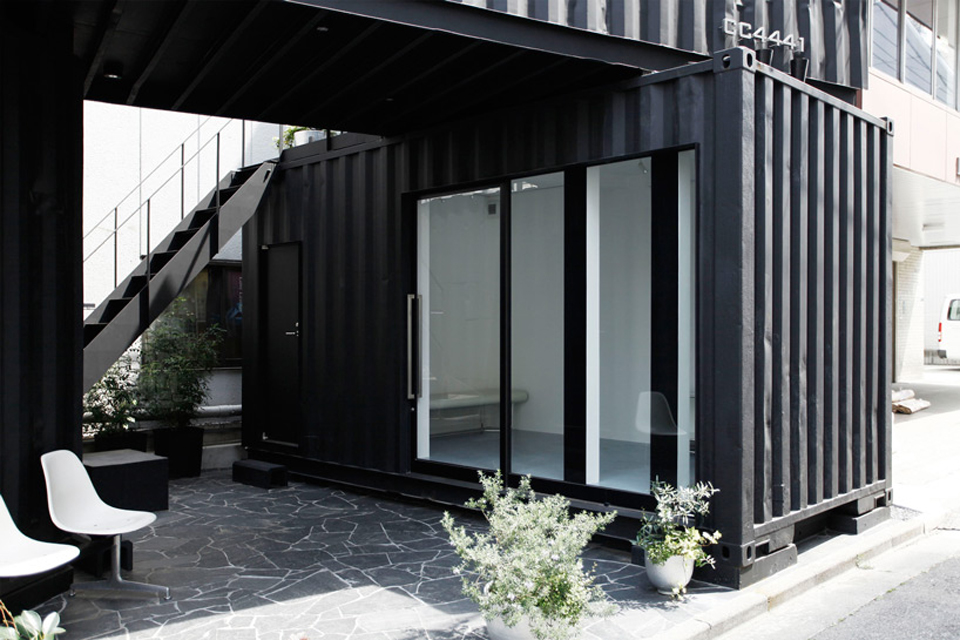 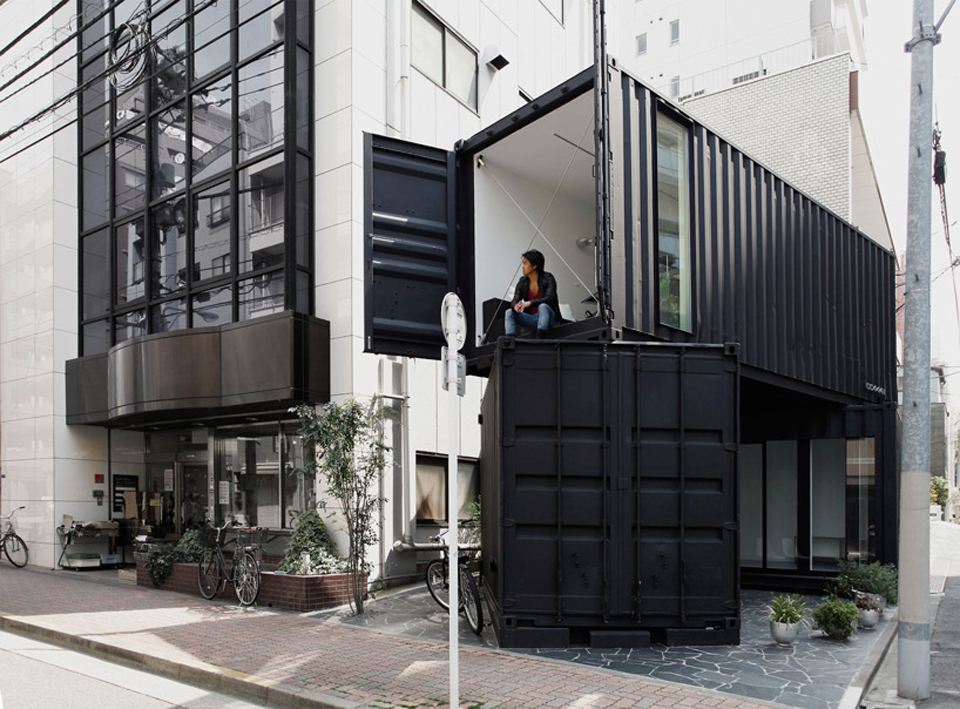 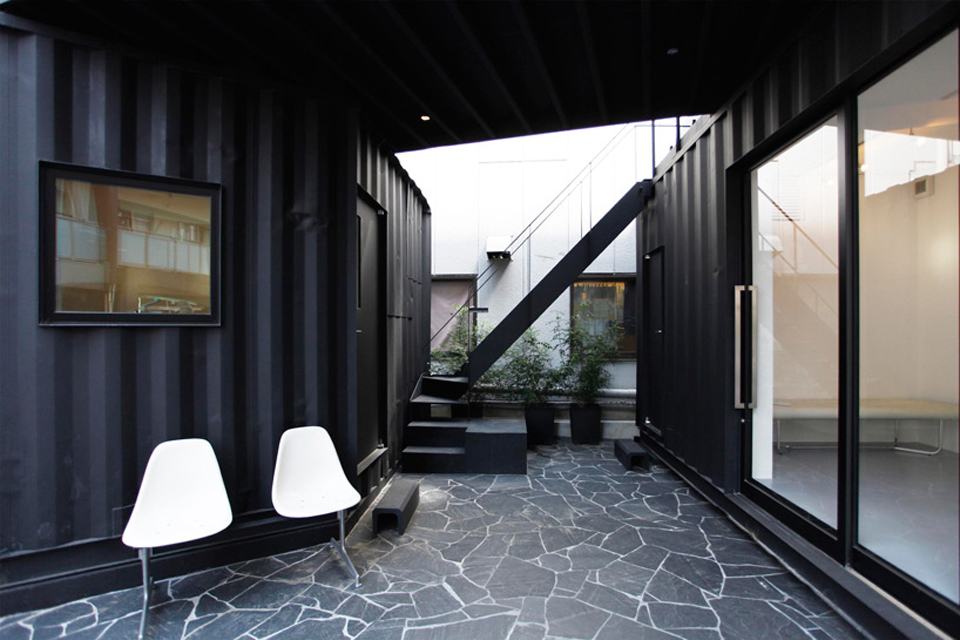 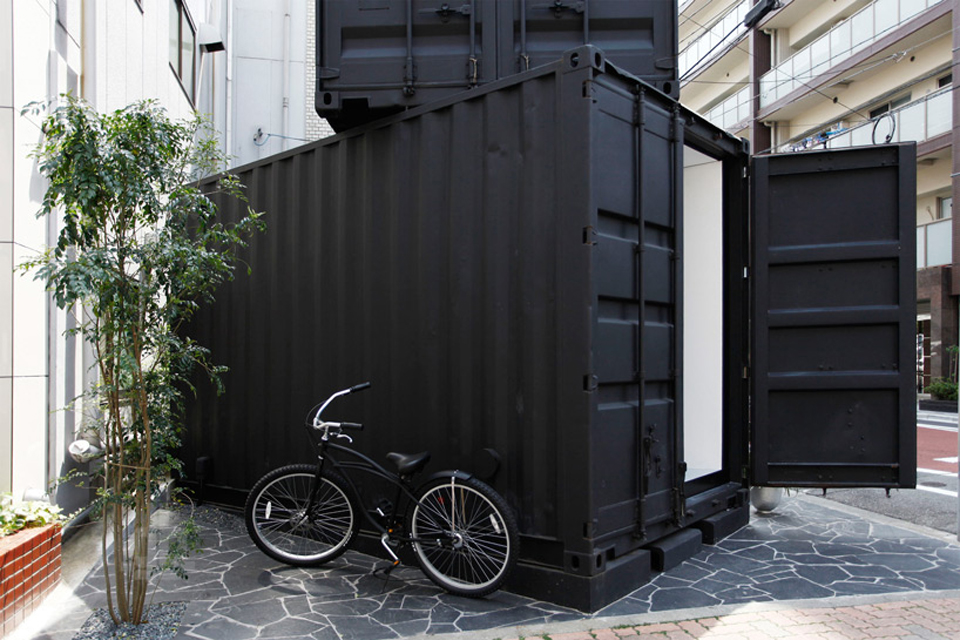 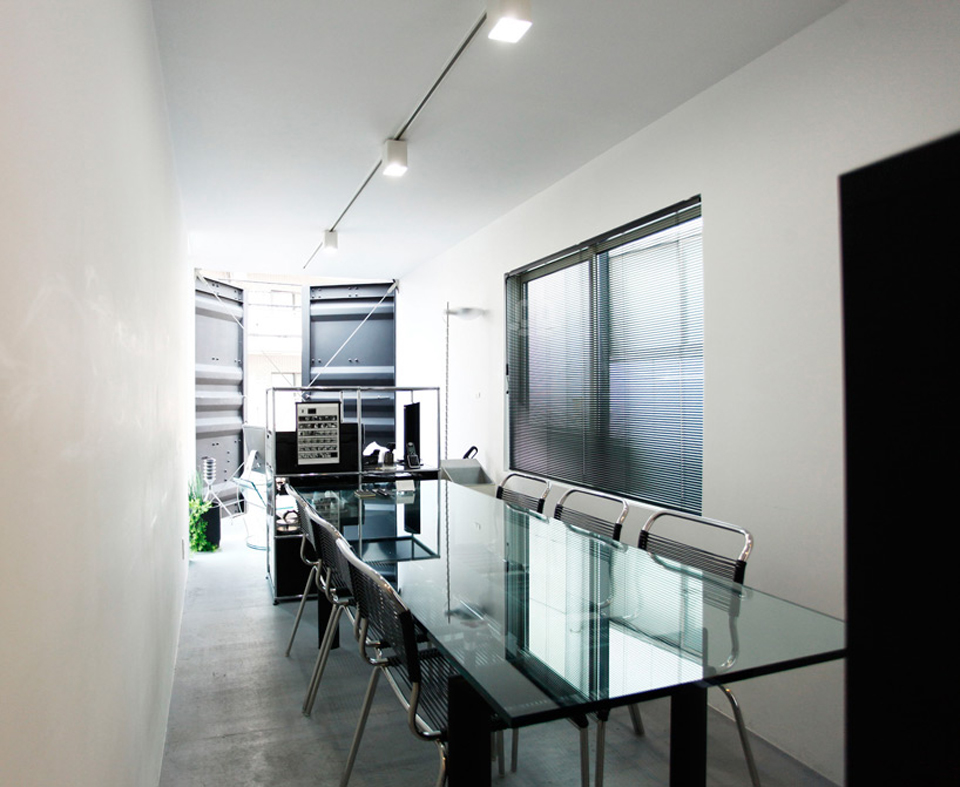 Japanese building regulations prohibit the use of shipping containers for permanent structures, but the architect Tomokazu Hayakawa went ahead anyway with CC4441, a new office and art exhibit space in Tokyo. Located in the backstreets of Torigoe, an area with a burgeoning art scene, the containers sidestep the law thanks to the fact they are wrapped around an internal wood frame. Constructed from two containers, one of which has been cut in half and features plenty of white walls for exhibits, and another that features an interior overflowing with contemporary design.

The two containers have been dubbed in an extremely logical way; the ground level shipping container is known as C-ONE, while the office space perched on top goes by C-TWO. To create a solid foundation and open courtyard, the ground-level container has been cut in half. This also made it easier to position the segments in a way that takes advantage of the corner plot, and piques the interest of passersby who might otherwise not be willing to investigate.

Despite the fact it doesn’t even have its own website yet, CC4441 plans to become a hub for art and design in the Tokyo neighborhood. On top of the planned art exhibitions, the office space in C-TWO could quite easily be used as a co-working space to help nurture local talent. Finally, the use of an internal wooden frame seems like an ingenious way to bypass the outdated building regulations that still apply to shipping containers across the country. 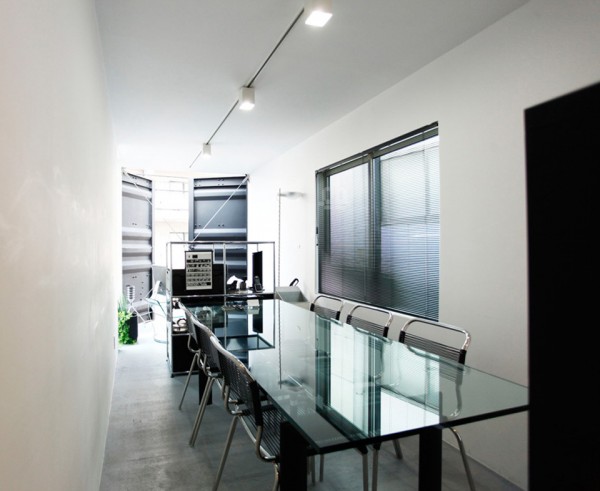 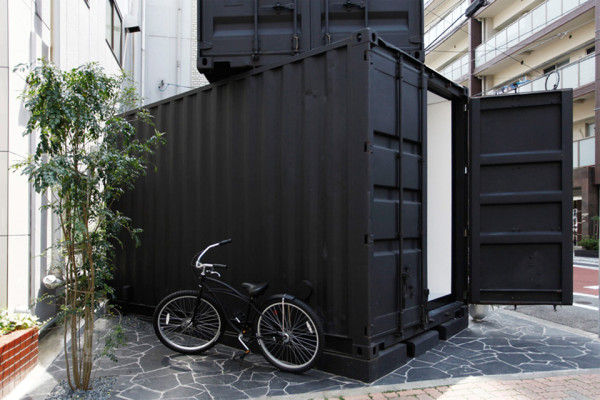 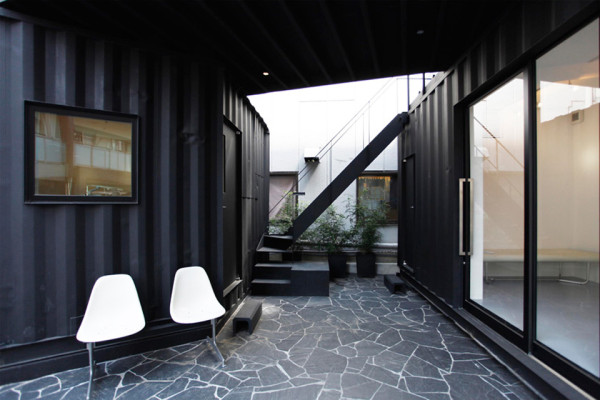