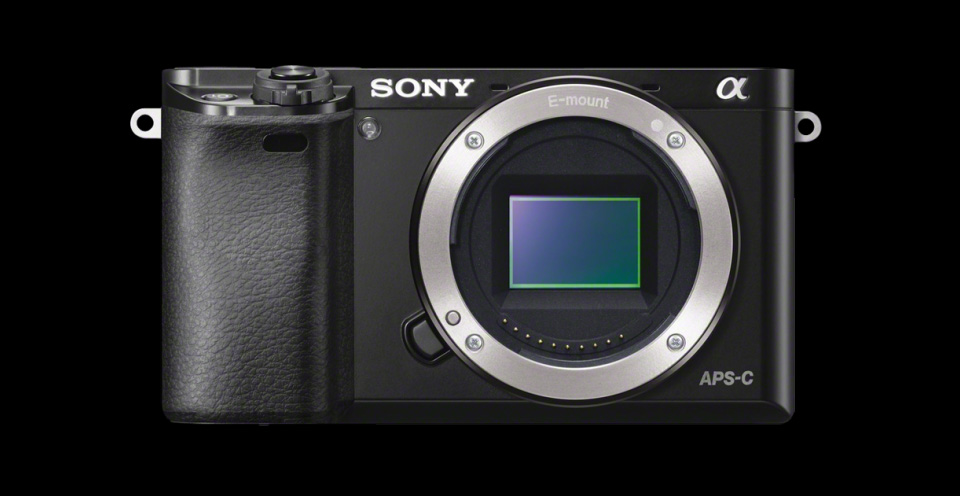 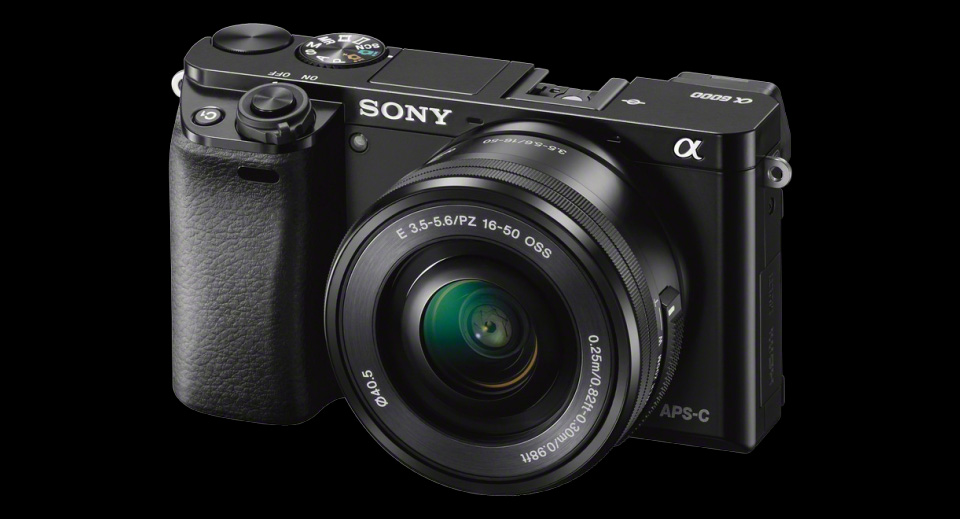 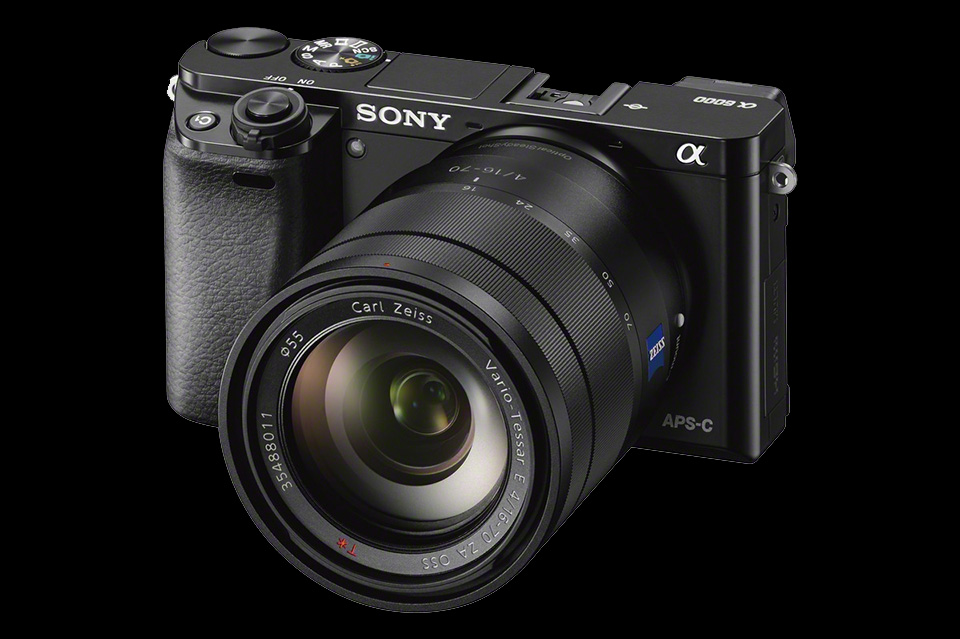 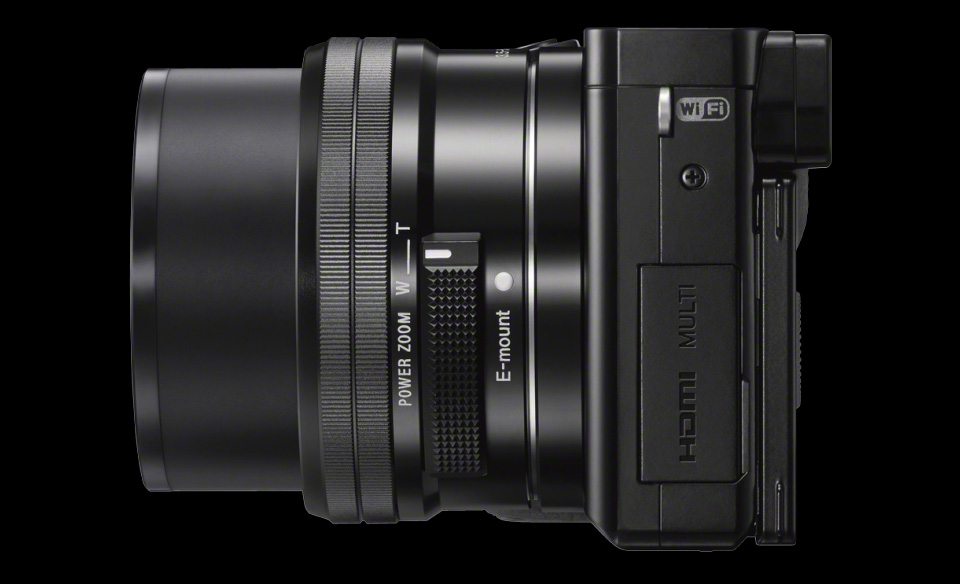 Digital cameras are ever-evolving, and if you haven’t been following along, now is a pretty special time to get one of your own.  If you’ve outgrown the camera on your smartphone but you don’t want to splurge on professional-class gear, arrivals like this one from Sony are an ideal middle ground.  The new Sony A6000 Mirrorless DSLR Camera is a continuation of the evolution of digital photography– it’s compact, it’s flexible, it’s connected, it’s customizable and for it’s price, it’s quite powerful.  We’ll touch on each of those elements in a moment, but suffice it to say that Sony has found some fertile ground with their compact DSLRs, and it’s an area where the big-name competitors are still playing catch-up.

The Sony A6000 is a “mirrorless DSLR” in Sony’s own words, but that’s not entirely an accurate phrase.  DSLRs normally always use mirrors to allow both the viewfinder and the sensor to view the same field through the lens.  Mirrorless cameras show a live-ish digital representation of the subject through the viewfinder or the LCD screen on the back.  Without that mirror, a camera like this can be a lot more compact in size, but it may not be technically-suitable to call this a DSLR.  Why does Sony do it?  Because they want to communicate that the A6000 has the power of a professional-class camera and it can swap lenses as needed.  The last part is what’s most important here.  Some compact and mirrorless digital cameras use smaller sensors and have fixed lenses, but the Sony A6000 has a DSLR-sized “APS-C” sensor and the power to change lenses.

While the mirrorless nature of the Sony A6000 sheds some aforementioned size (and weight), it’s also more flexible than many DSLRs.  We own three Nikon DSLRs here at TheCoolist, both APS-C and full frame, and none of them feature a common element amongst newer digital cameras like this one– the flexible LCD display.  The display on the A6000 can swing and flip as needed to provide more flexibility when framing up a shot.  Want to raise the camera overhead above a crowd at a concert?  You can do so with the A6000, simply by tilting the LCD downward to get a sense of what the camera is capturing through the lens.

The Sony A6000 is also a pretty connected little device.  It features built-in WiFi and NFT connectivity for a growing range of uses.  First, you can wireless transfer photos from the A6000 to a mobile device, a tablet or otherwise for instant upload to social media.  You can also use a smartphone to wirelessly control the A6000.  You can remotely operate the camera and change basic exposure functions and video controls from your WiFi-connected smartphone. 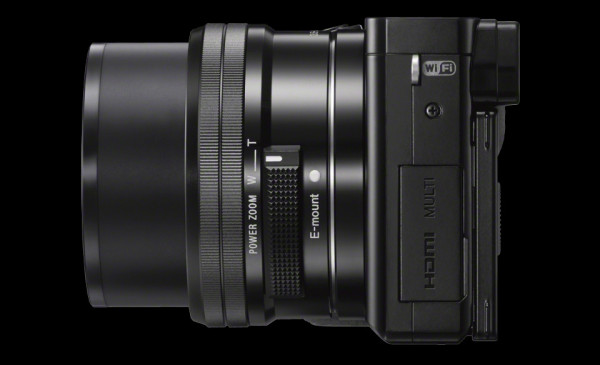 Like other “DSLR’s”, the Sony A6000 is customizable.  That’s part of the beauty of modern digital photography.  You can add lenses to your collection as your needs and personal style develop.  It features a hotshoe on top for adding flash units for fill or creative lighting.  Those two features are common amongst DSLRs, but no always the case with compact cameras, and that’s another reason why the A6000 is such an attractive camera.

Last, the Sony A6000 is quite powerful, despite its sub-$1,000 price.  It features an advanced 24.3MP APS-C sensor that produces crisp, clear images and can handle some tough, low-light scenarios.  To put this in context, the A6000’s sensor produces a quality that would have cost several thousands of dollars five years ago, but now it’s fitted into a sexy little compact like this for an accessible price. 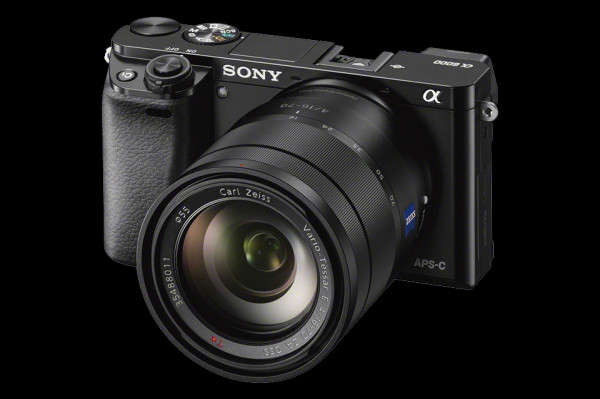 Our friends at Gizmodo pointed out one concern about the A6000, and that’s the slight decrease in resolution in the viewfinder:

The A6000 sports a 1.44 million dot OLED viewfinder, which is much lower resolution than the 2.3 million dot EVF on the NEX 6. This is a huge bummer.

For us, this is not a deal-breaker by any means.  Unless you’re shooting fast-action subjects with a very shallow depth of field (the latter of which you won’t be able to do with the lens included with this camera), the viewfinder will give you a clear-enough representation of the subject you’re photographing.  Chances are, you’re going to be shooting in low-pressure situations anyway, where you can snap a few images of a subject and choose the best one later.  Even on our professional-grade full frame Nikon, we can’t always see an accurate readout of our subject and we need to trust our instincts.  Photographers will find the same when shooting with any camera like this.  If you’re a beginner or an upgrading enthusiast, you may not even notice a drawback with this viewfinder.  It should suit you just fine.  And if you’re ever in a demanding environment where you need to pixel-peep and nail the perfect shot, just pull out your iPad and frame it up using the WiFi connection.  Boom, you’ve got a 10-inch display on which you can nail the image in live-view.

Long story short, the Sony A6000 is a pretty exciting little device.  Is it a ground-breaker?  No.  It is, however, close to the best available today for under a thousand bucks.  In fact, it can be had with a kit lens for just $799, or $649 without.  Sure, that’s still a lot of money to spend on a digital camera, but you wouldn’t have read this article to the end if you weren’t entertaining that kind of idea.