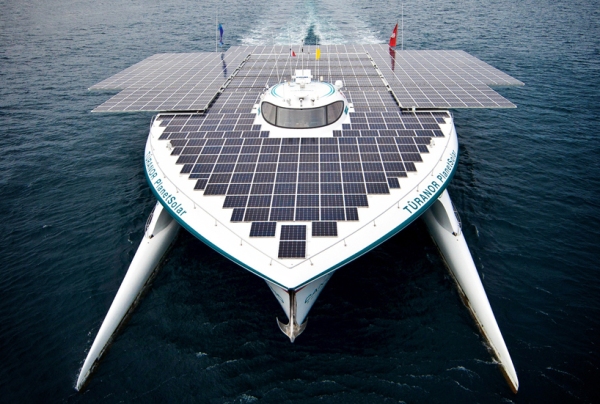 After more than 14 months of construction and then over a year and a half of global circumnavigation, the Planetsolar has completed its journey as the first solar powered boat to circle the world. Its voyage ended with four naval world records. The top of the catamaran is covered in a spread of photovoltaic panels and over 38,000 solar cells that fueled six blocks of massive lithium-ion batteries. Advanced engineering and science created a boat that uses marginally less energy than standard motorized boats of its size. An aerodynamic and energy efficient design makes the Planetsolar the new wave of aquatic engineering. [via designboom] 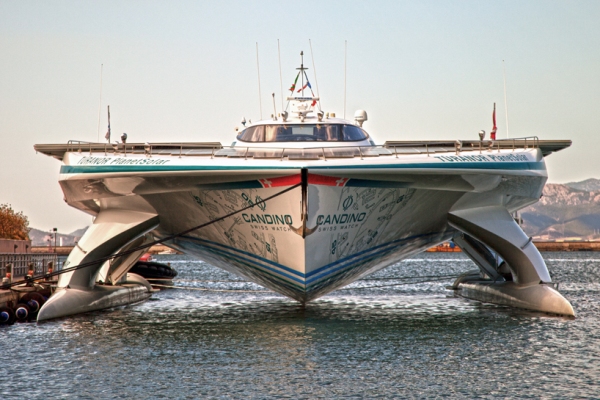 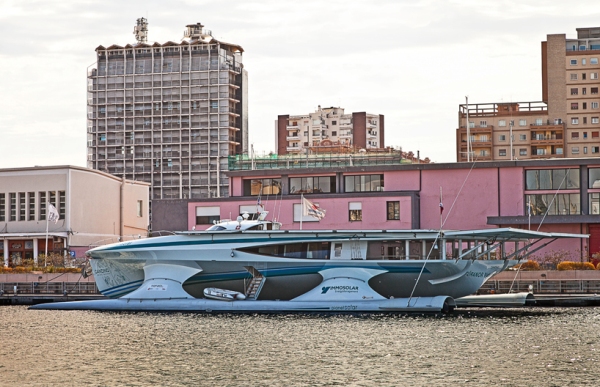 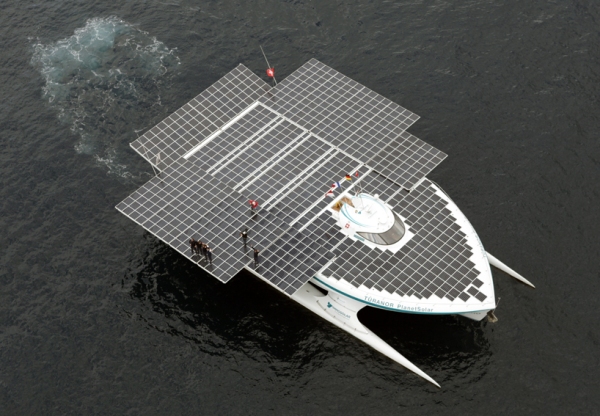 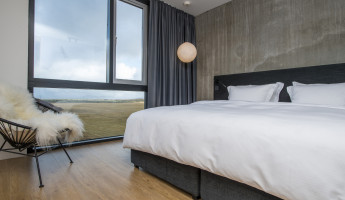