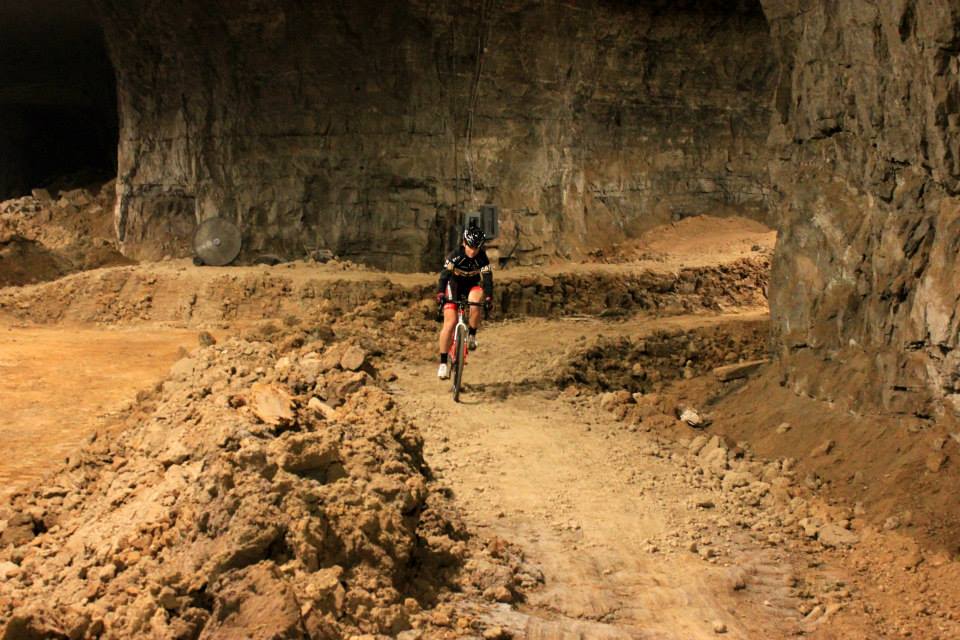 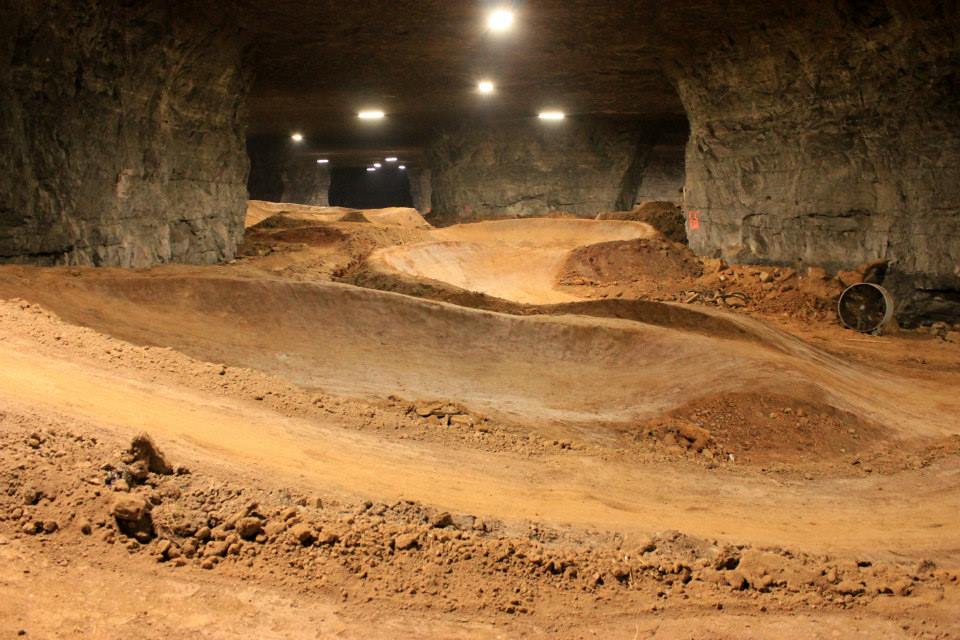 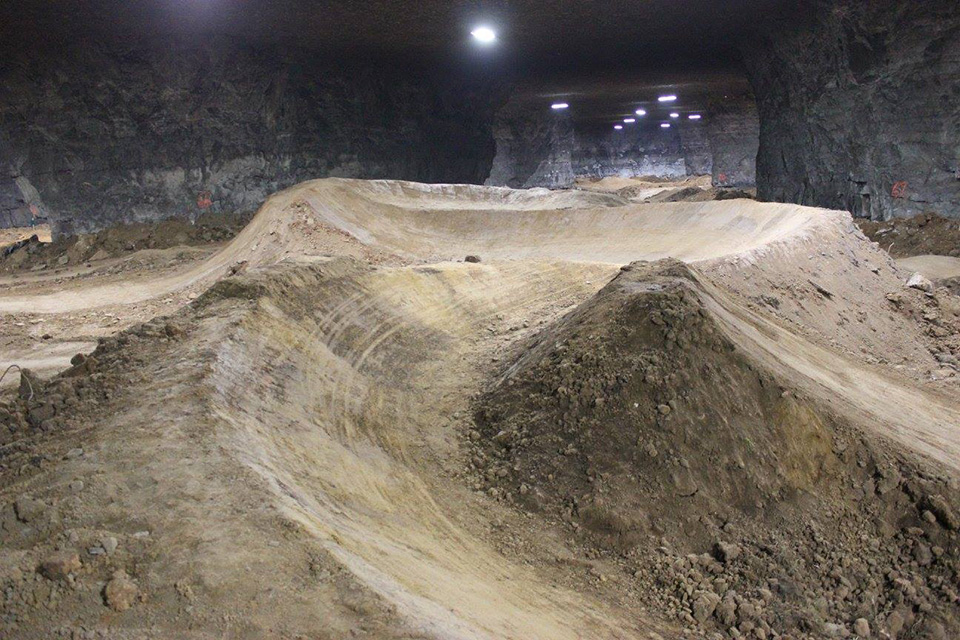 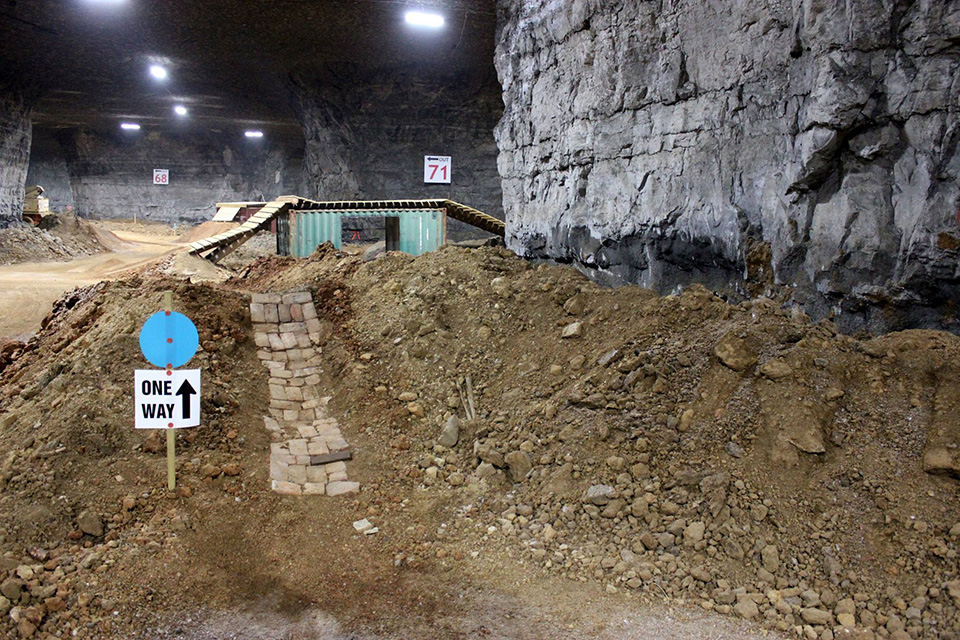 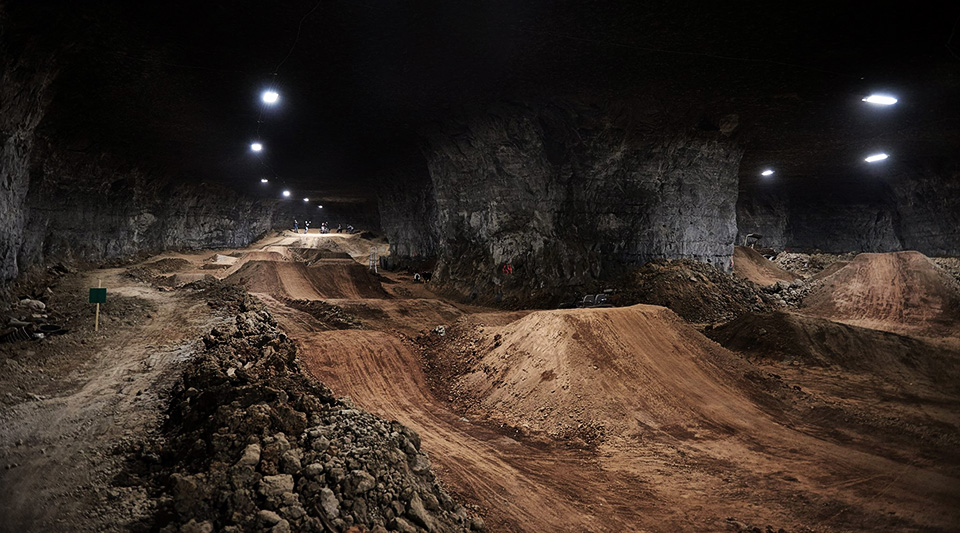 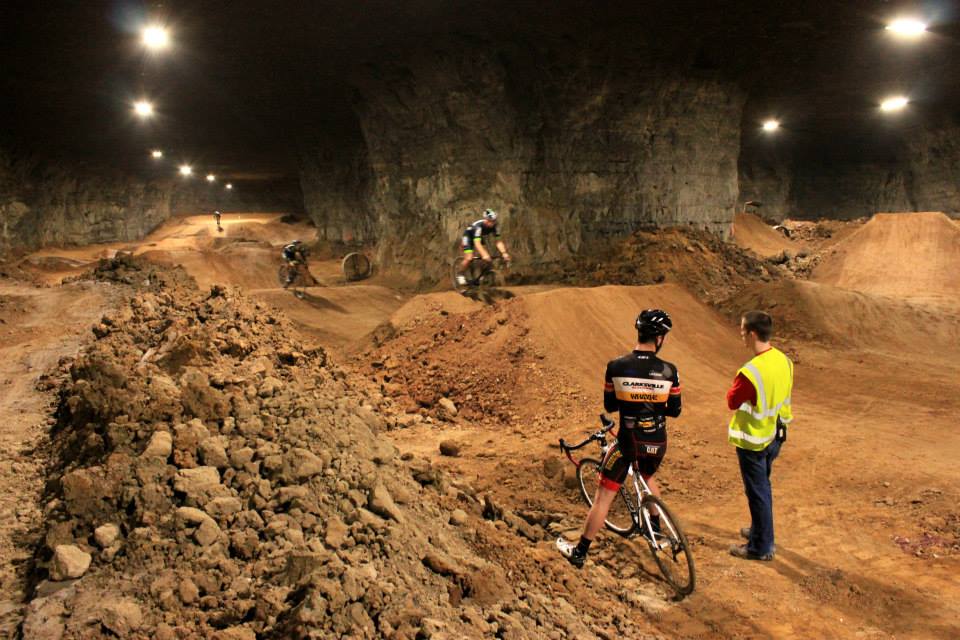 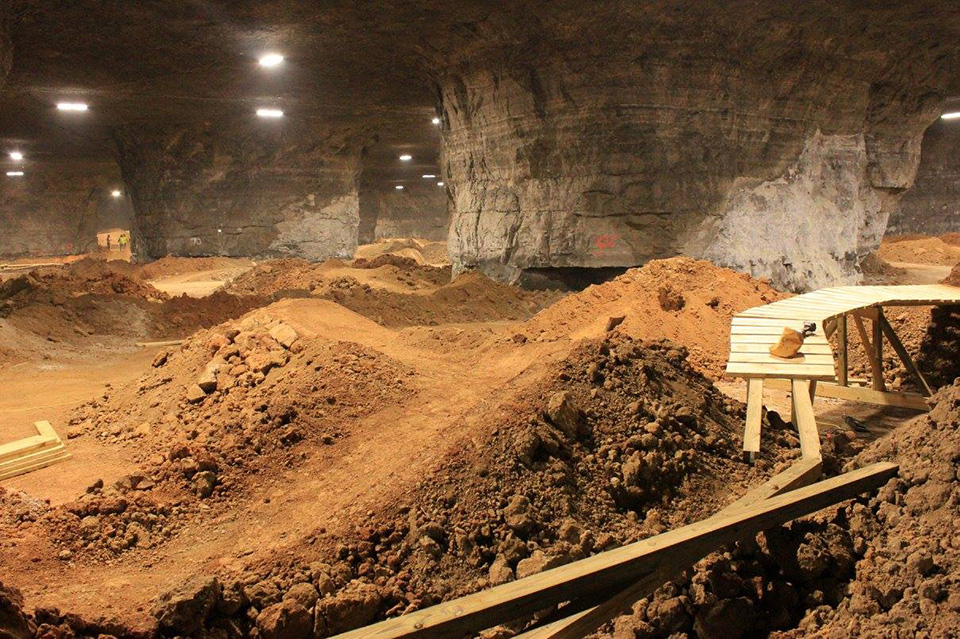 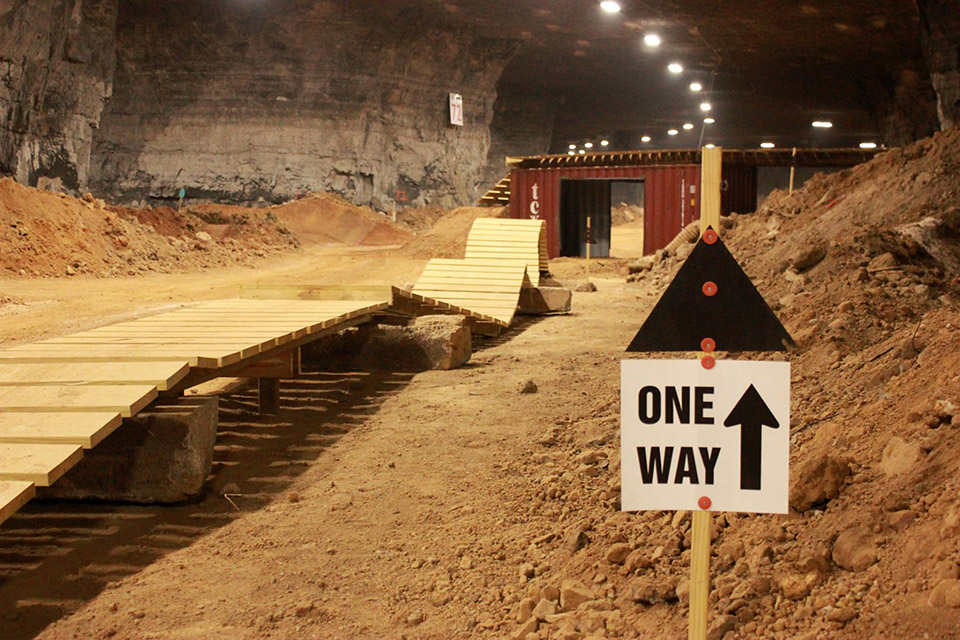 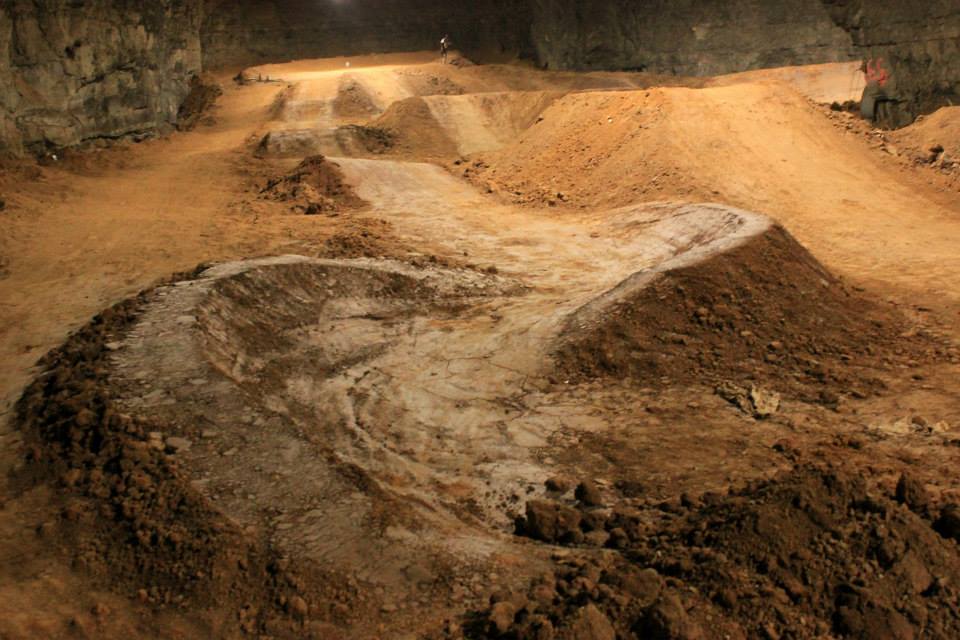 17 miles of corridors and caverns are home to a one-of-a-kind entertainment complex in Louisville, Kentucky. There are zip lines, a ropes course, an event space, and now– the world’s only underground off-road bike course. The Louisville Mega Cavern has opened the Mega Underground Bike Park for year round dirt riding regardless of the weather. In rain, shine, summer or winter, this underground bike park is ready to ride.

The Underground Bike Park is built into an abandoned limestone mine about 100 feet below the surface of Louisville. The cavern that houses the bike park spans 320,000 square feet, enough to fit over 45 trails, jump lines, pump tracks, slalom courses and plenty more.

Thanks to its unique location, the underground bike park is warm and dry throughout the year. At the coldest point of the winter, the interior temperature of this limestone cave usually stays in the 50’s or 60’s, Fahrenheit. In heavy rain and snow, the floor of the bike park stays dry, thanks to about a hundred feet of rock between the trails and the surface. The result is a park with ideal conditions for year round riding. It’s not too hot in the summer, it’s not too cold in the winter. Cyclists can enjoy these trails year ’round.

Not only is this underground bike park the only one of its kind in the world, it’s also the largest indoor bike park on the planet. It opened to the public this month, with bike rentals coming in April. Rides start at $24 per person for half a day, and a waiver is required.

It’s a bike park that must be seen to be believed, a one of a kind underground cycling facility located 100 feet below Louisville. 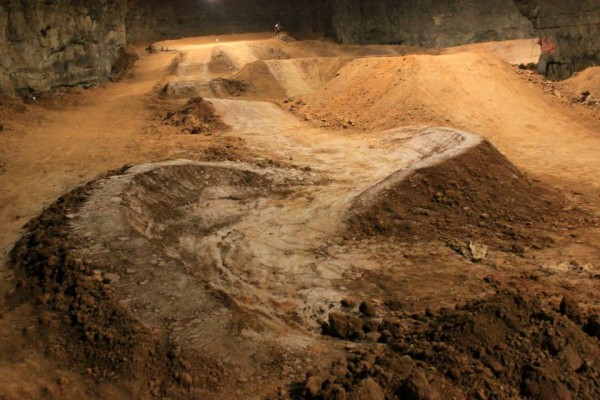 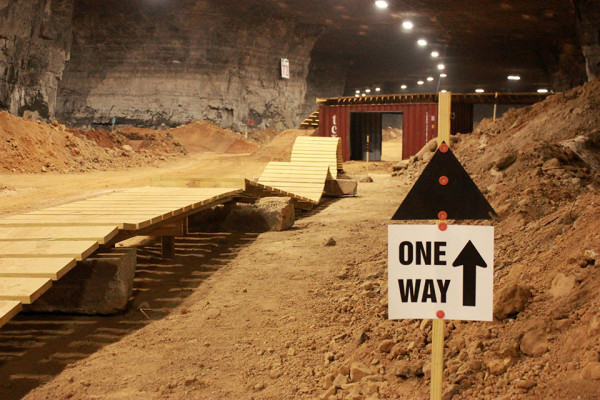 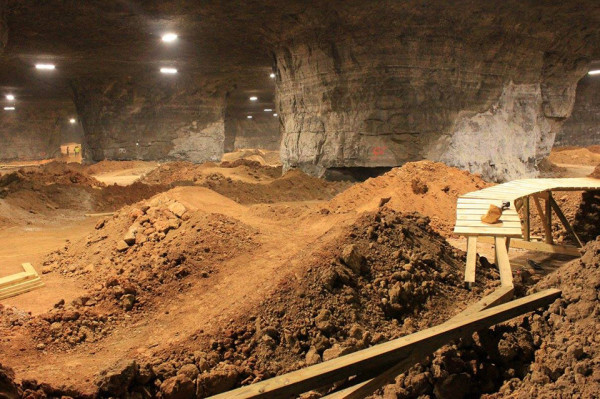 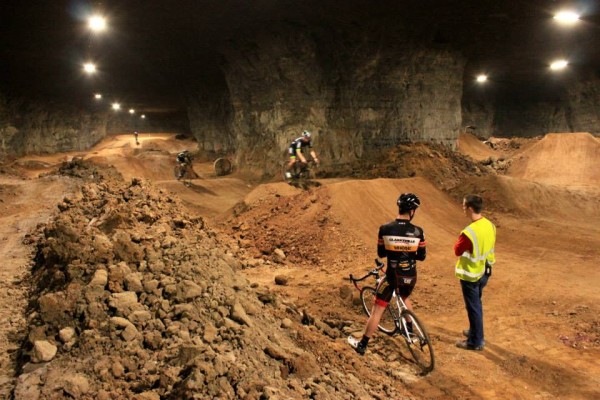