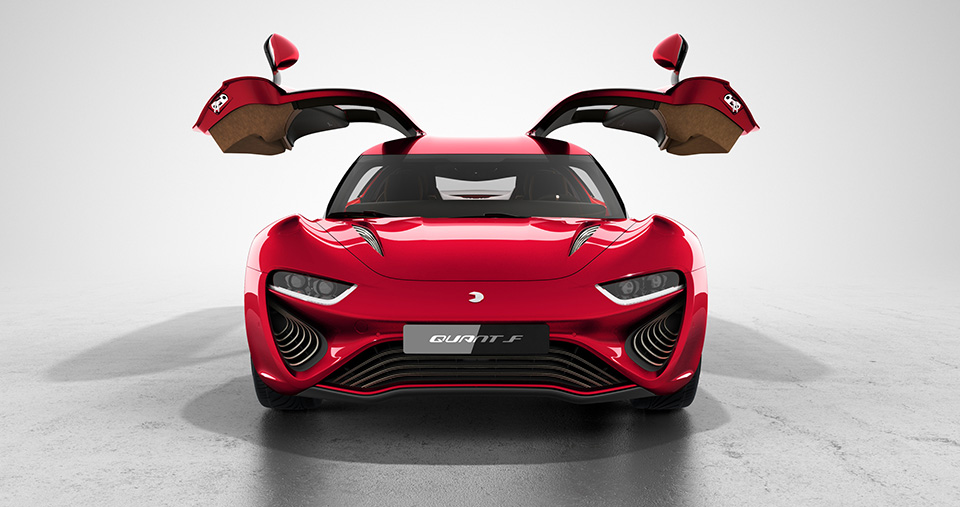 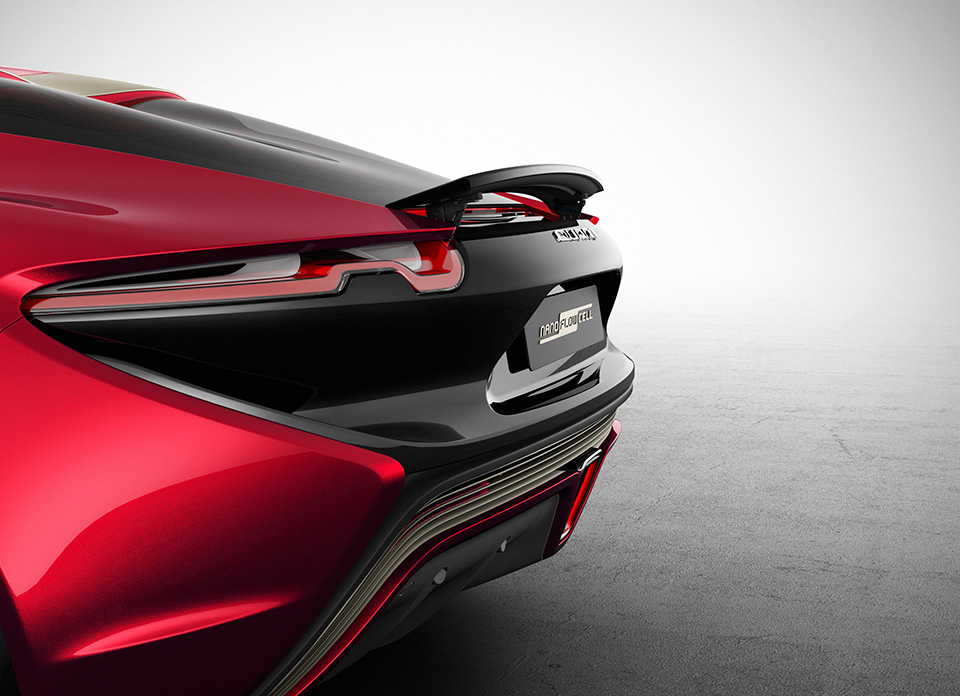 They say beauty is only skin deep. But the allure of this new car runs a whole lot deeper, thanks to a ground-breaking fuel system that runs on nothing but salt water. Yes, that incredibly abundant resource that fills the world’s oceans can be used to power a car. And we’re not talking about a blocky Prius look-alike, but a performance car that rivals the designs of some of Europe’s best. It’s the new Nanoflowcell Quant F electric sports sedan, the second in a line that follows the incredible Quant E-sportlimousine we covered last year. Ladies and Gentlemen, start your salt water engines.

The Nanoflowcell Quant F electric sports sedan uses a proprietary technology developed by Nanoflowcell. This system uses salt water as an electrolyte in a flow battery process. It features a 130 gallon tank of salt water that fuels a nano-network battery to produce about 750V of power. That’s an increase of 150V over the Quant E that we covered last year. That increases both range and performance, allowing a driving range of 500 miles on a single “tank”, plus a top speed of up to 186 mph.

Visually, the Quant F doesn’t present a drastic upgrade over the Quant E that came before it. It’s mostly the same body design, save for a bold red paint job and a few other minor tweaks. It’s better to tweak than start over, of course, since the E-sportlimousine was already a lovely design of its own.

This brainy beauty is scheduled to appear at the Geneva Motor Show in March, and it’ll be one of the leading stories of that event. At this stage, salt water powered vehicles remain a very tiny portion of the boutique performance car market. It could be decades before this technology catches on in a wider capacity, but we salute Nanoflowcell’s leadership. If it inspires others to test these types of technologies, we could see a better world and a more exciting drive in the process. 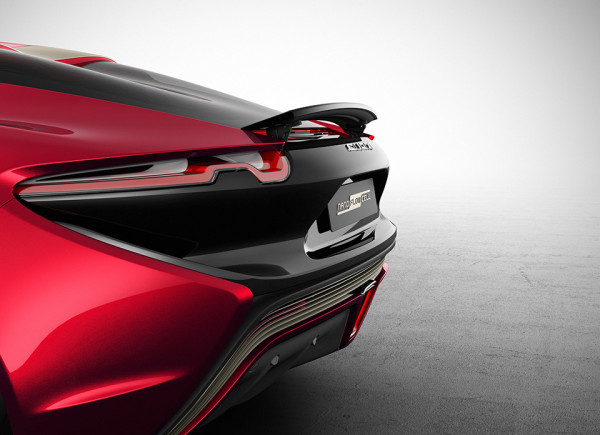